With a 7th place slippery stage finish in Rotorua's opening round of this year's Enduro World Series, James 'Cannonball' Hall firmly established his presence at the pointy end of enduro's world stage. Immense personal commitment, a bunch of appreciative mates' support and grass-roots backing from some local Australian companies flowed on throughout the season and saw Cannonball race all but one of the ensuing rounds with continued impressive results placing him in 56th overall, with just one round to go.

Did you miss any of Cannonball’s journey so far?

Read our interview with The Ball and watch Matt Staggs Visuals raw edit of him shredding his home trails here.

Then hang out on a chairlift ride to Whistler’s ‘Top Of The World’ as Matt Staggs once again captures his speed and mindset leading into race day, here.

So, how did Whistler play out, and will we see Cannonball in the series finale in Finale? Find out below.

Flow: Whistler was your second-best result of the series so far, just a few places behind your 32nd in Derby. Did you approach Whistler any differently to previous rounds?

James: Having a few more rounds with several more crashes under my belt, my mental game was to keep my cool and ride a little more consistently. Smoother, slower into corners and faster out. Knowing how rough the terrain in Whistler can be from having lived there 9 years earlier, I got the awesome guys and good friends at Dunbar Cycles Vancouver to bump up my fork to 160mm and give my fork and shock a pre-race service. What may have helped me most was my tyre choice for this round and how that boosted my confidence. Up until this round I had been playing off my strength in technical terrain by sacrificing a little less tyre width for a faster rolling tyre to help in the longer pedally sections. With a Maxxis 29er DHR2 2.3 3C up front and an Aggressor 2.3 3C rear this was ideal for me on the trails in Derby where the stages were short and rocky with a few pedally sections. Since Derby I noticed a few times when I lost confidence, and perhaps wider front tyre would have helped. In Madiera I recall sections where I rode stiff and scared on stages 1 and 3. For Ireland, in hindsight, packing a set of full mud tyres instead of just one Maxxis Shorty would have made a huge difference, but that’s part of building upon racing experience. Coming back to Whistler I was practicing on 2.3” tyres but I felt that I wanted more grip and after getting some time on the tracks and terrain it became apparent there wasn’t much pedalling in this round. So, I scrounged up what must have been the last Maxxis 29er DHF 2.5 3C in town from the helpful guys at Bike Co. Running this up front and moving the DHR2 to the rear made an immediate difference. I felt so much better in all the blown out corners and felt like I was spending more time in an aggressive flow state rather than holding back. 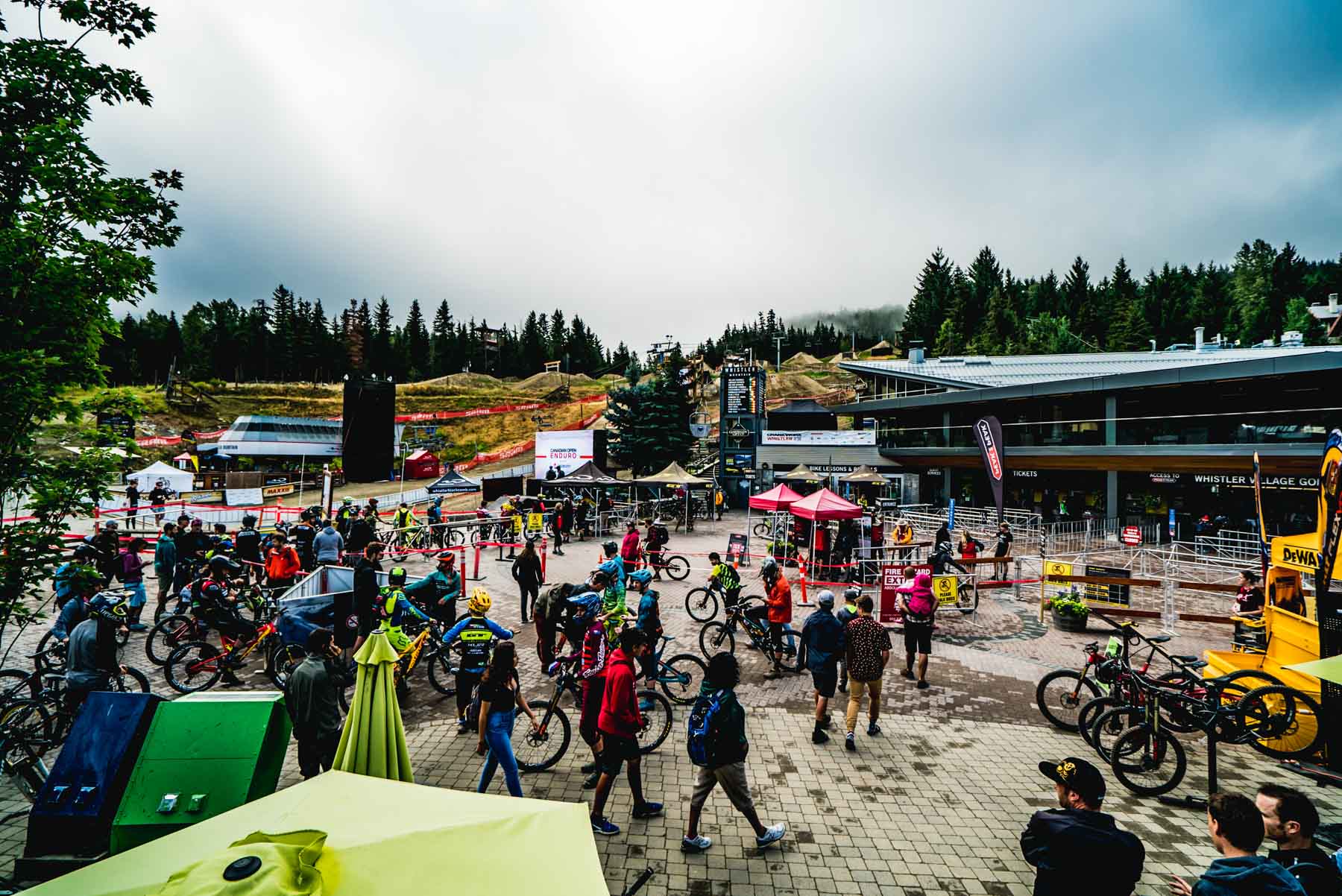 Trent responded to my joke with “how much do you need?” I couldn’t believe it, the next thing I knew I was booking fights… 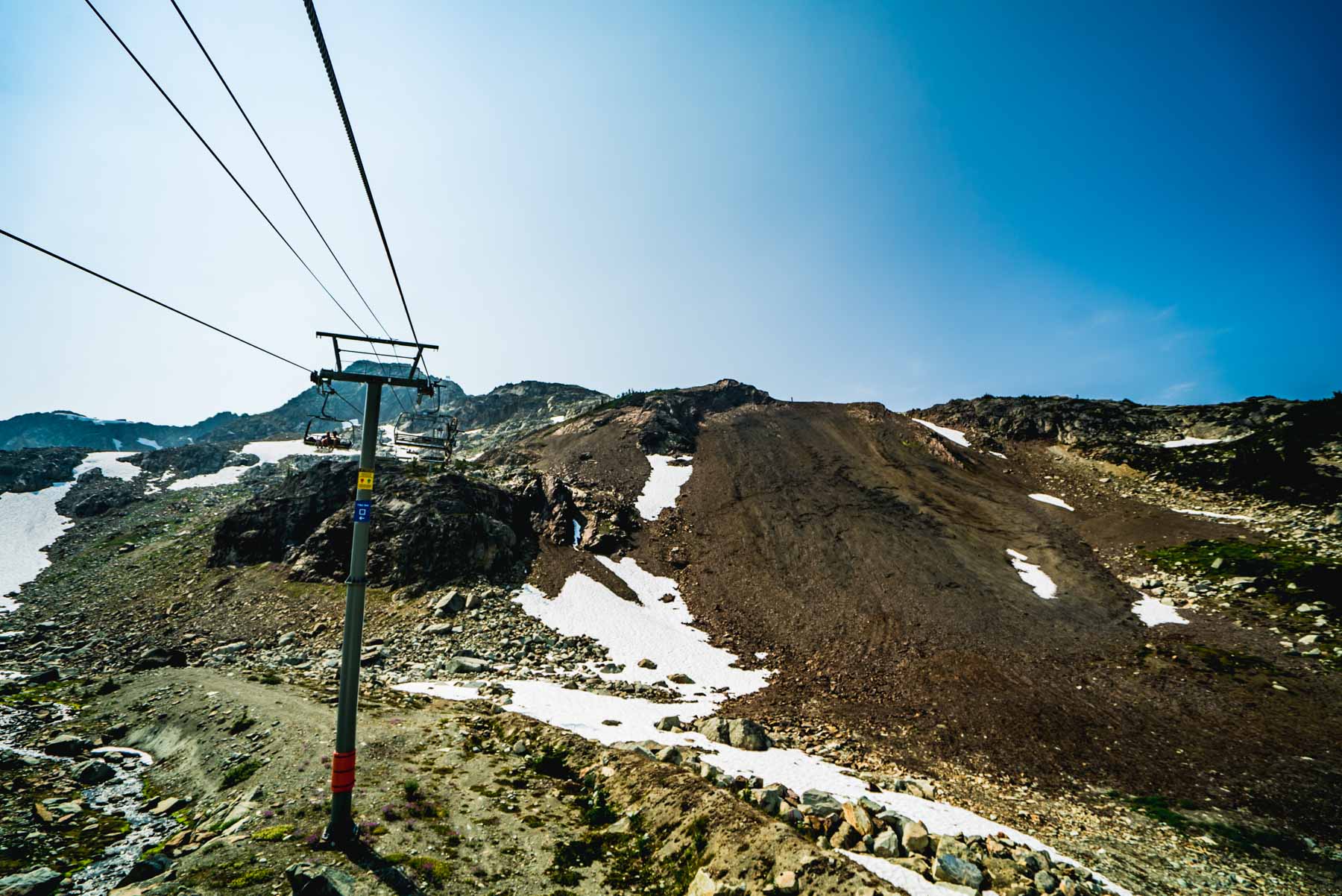 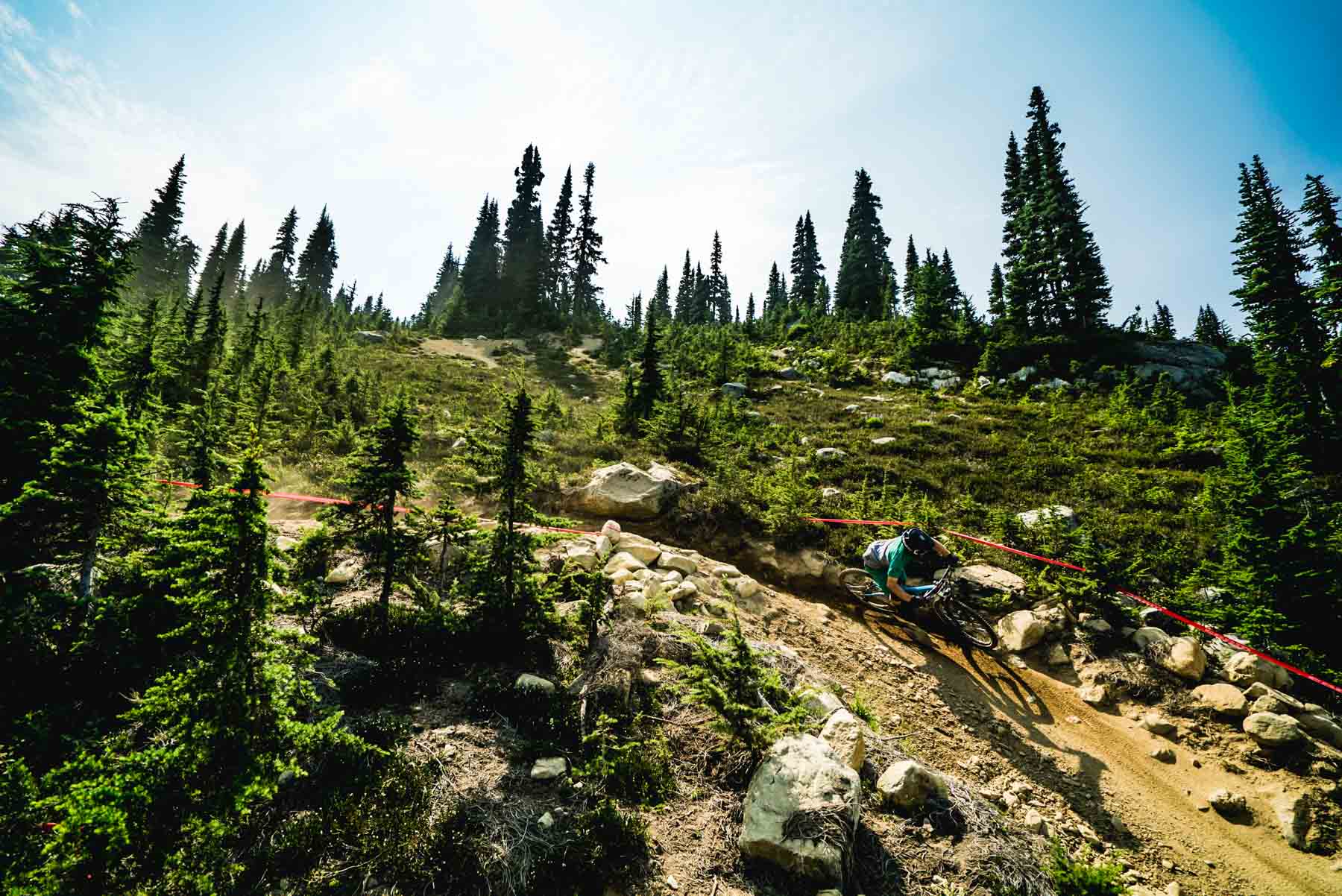 Flow: Privateering the EWS is hard work. You told us previously about how your mates helped you get to the European rounds, but it seemed like Whistler would be the last race of your 2017 series. Tell us how racing Finale became a reality?

James: Again, huge thanks to all those mates that chipped in, I wouldn’t be where I am right now without them. Finale came about from light-heartedly joking, with some hope, with Trent from M2Oindustries/JetBlack. I had worked for Trent and JetBlack for 5 years and still do contract product development work for him, so I have a pretty good relationship there already. Trent had also seen the coverage of my season so far on Flow and social media, particularly the video edits and imagery from Matt Staggs Visuals. I guess these things made it a worthy and reasonable risk for him to invest a little more into the final EWS round. So, without hesitation, Trent responded to my joke with “how much do you need?” I couldn’t believe it, the next thing I knew I was booking fights… 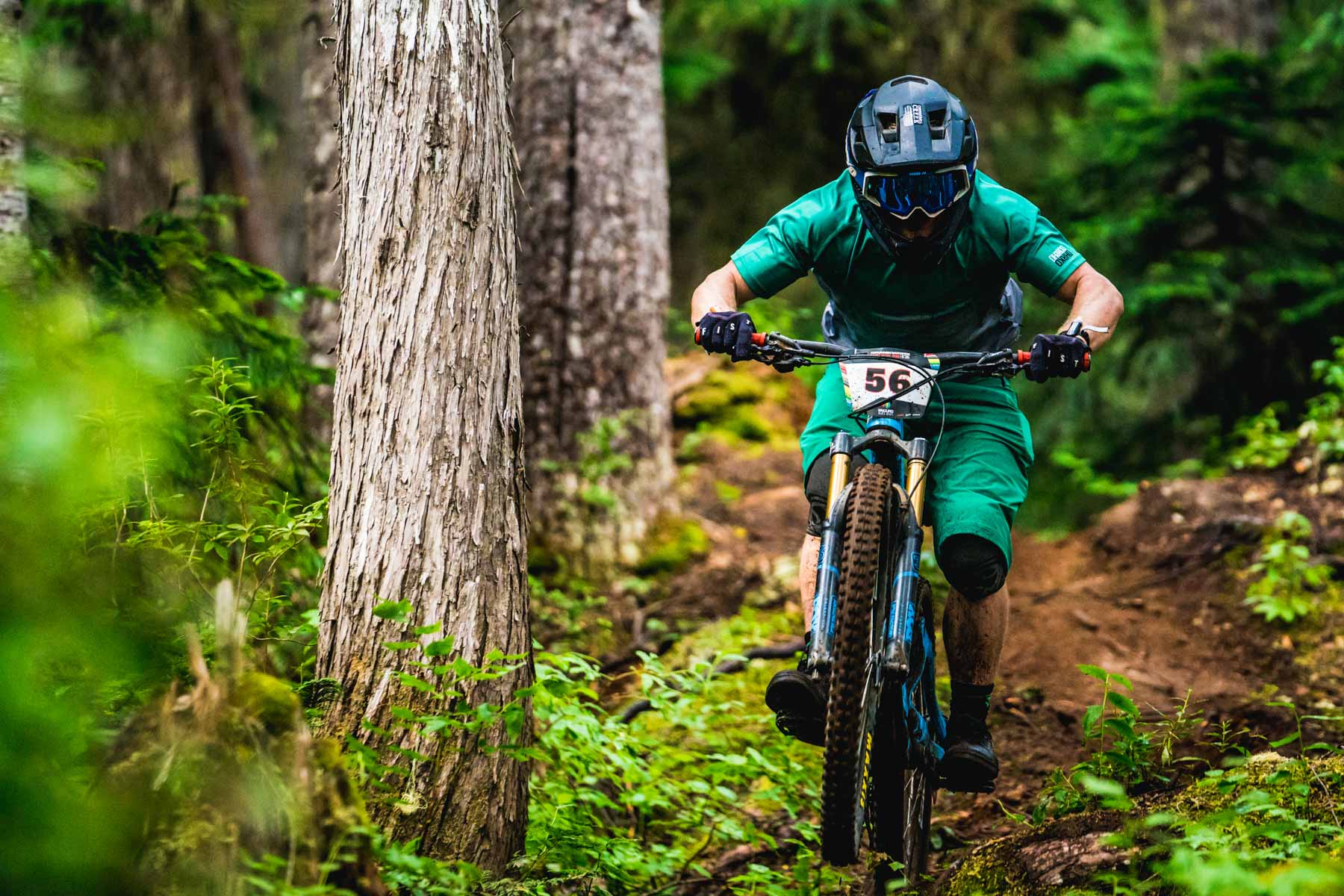 Typically, I will go flat out the whole way up and usually without much rest, drop straight into a descent so that I can condition myself and get more used to riding technical trail at a maxed and fatigued state.

Flow: Since confirming your entry for Finale, what’s your standard week involved? How many hours are you ‘training’?

James: I’ve been focusing on getting more time on trail. I’ve been getting out on the bike at least every second day and often riding three days in a row with every third or fourth day being a high intensity day depending on how my body is feeling. Averaging four to five days on the bike a week, anywhere from 40 minutes to 4 hours and a weekly average at only about 8 hours on the bike. Priority for me has been better focus on resting appropriately between high intensity days and getting on rough technical terrain. There are often sections in an enduro stage that are small pinches or traverses over technical terrain. I’ve been adding priority to my hill climbing on tech trails locally. We have a few technical climbing trails that are around 11~13 minutes in length here on Sydney’s northern beaches, which is about the length of some of the longer stages at a round. Typically, I will go flat out the whole way up and usually without much rest, drop straight into a descent so that I can condition myself and get more used to riding technical trail at a maxed and fatigued state. My times have been improving since before Derby so I’m feeling pretty good. 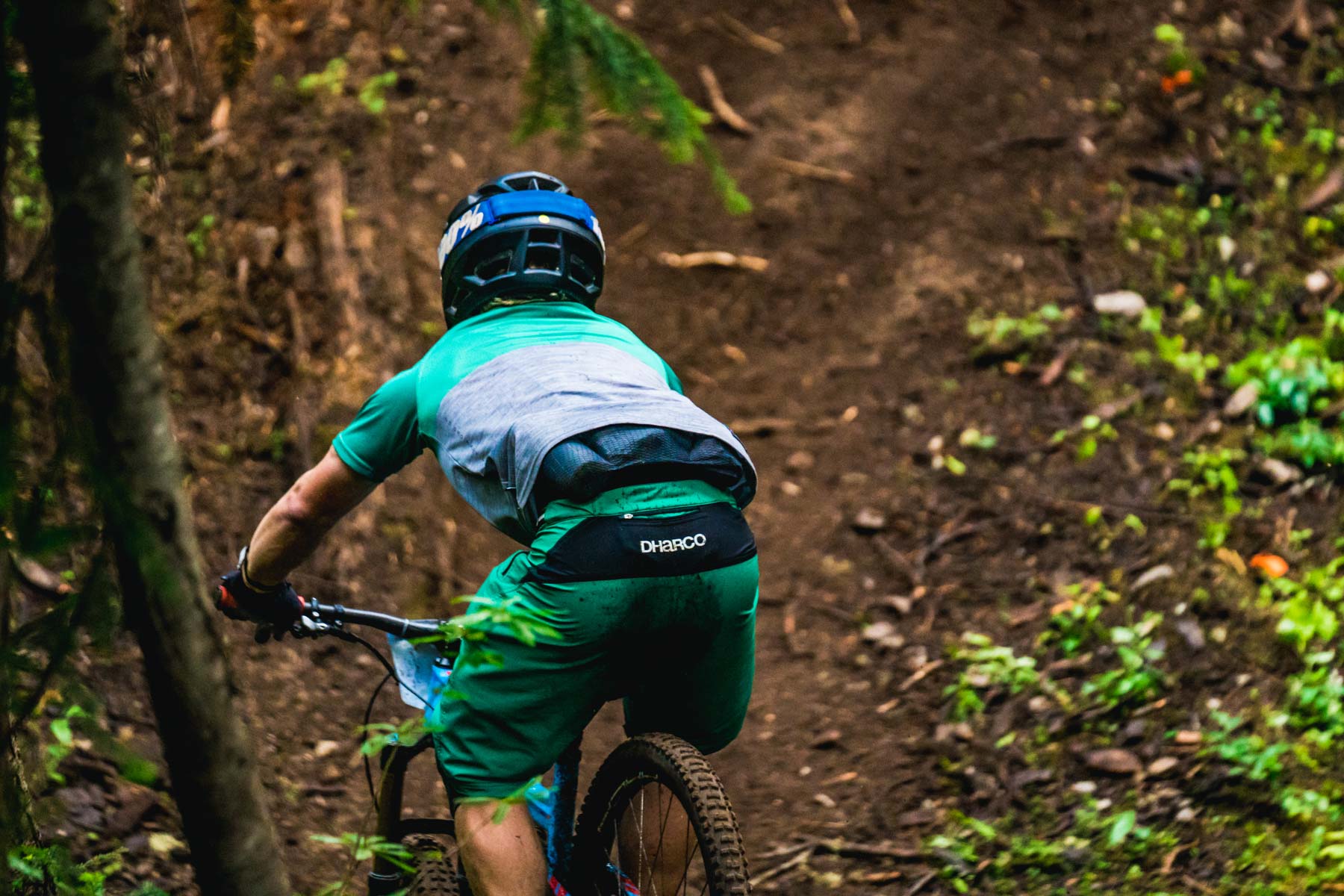 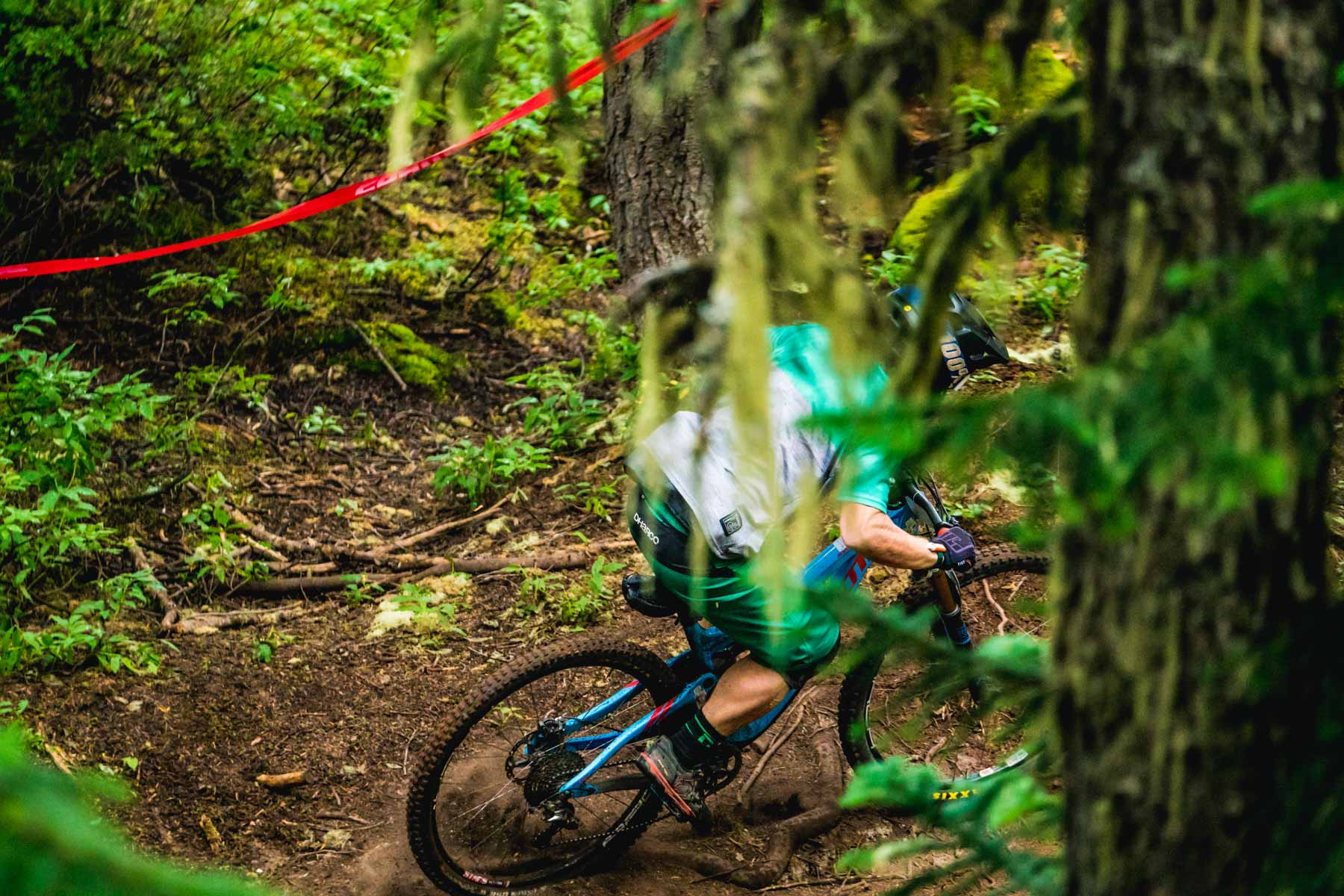 Flow: We checked out your Pivot Switchblade in Whistler and it was looking well ridden! What changes have you made to it before Finale?

James: With big thanks to Shimano Australia, I’ve replaced my drivetrain with new XTR rear mech and XTR crankset. Along with this, they have also upsized my rotors from the not so suitable 160/180mm combo to some new Ice-Tech rotors at a much more respectable 180/203mm. JetBlack have helped with new RIP grips and freshly laced set of new NoTubes Arch hoops that will be wrapped with new tread from Maxxis/BikeCorp on race day. Finally a custom fork and shock tune from Simon & Lachlan at MTB-suspension-centre. 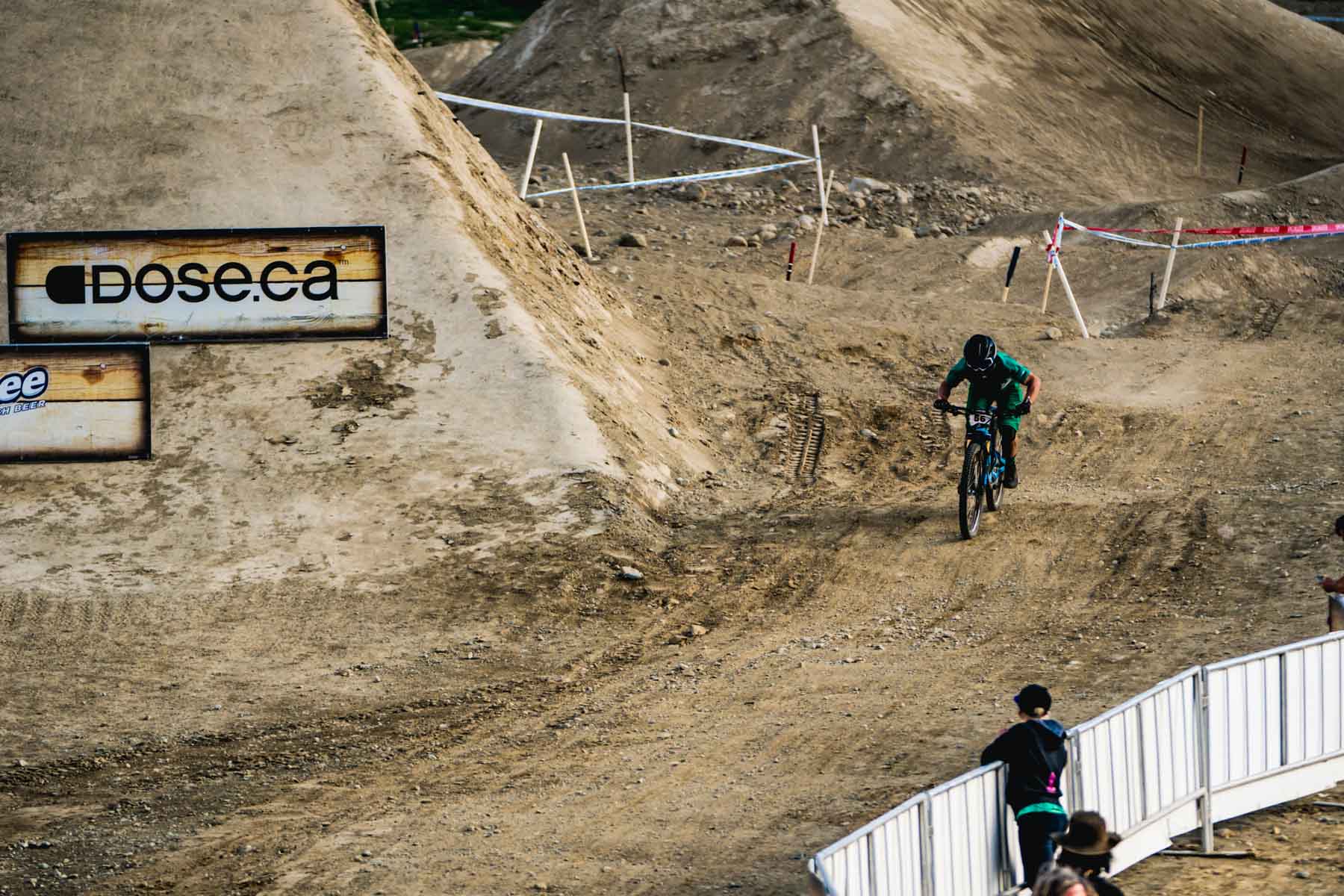 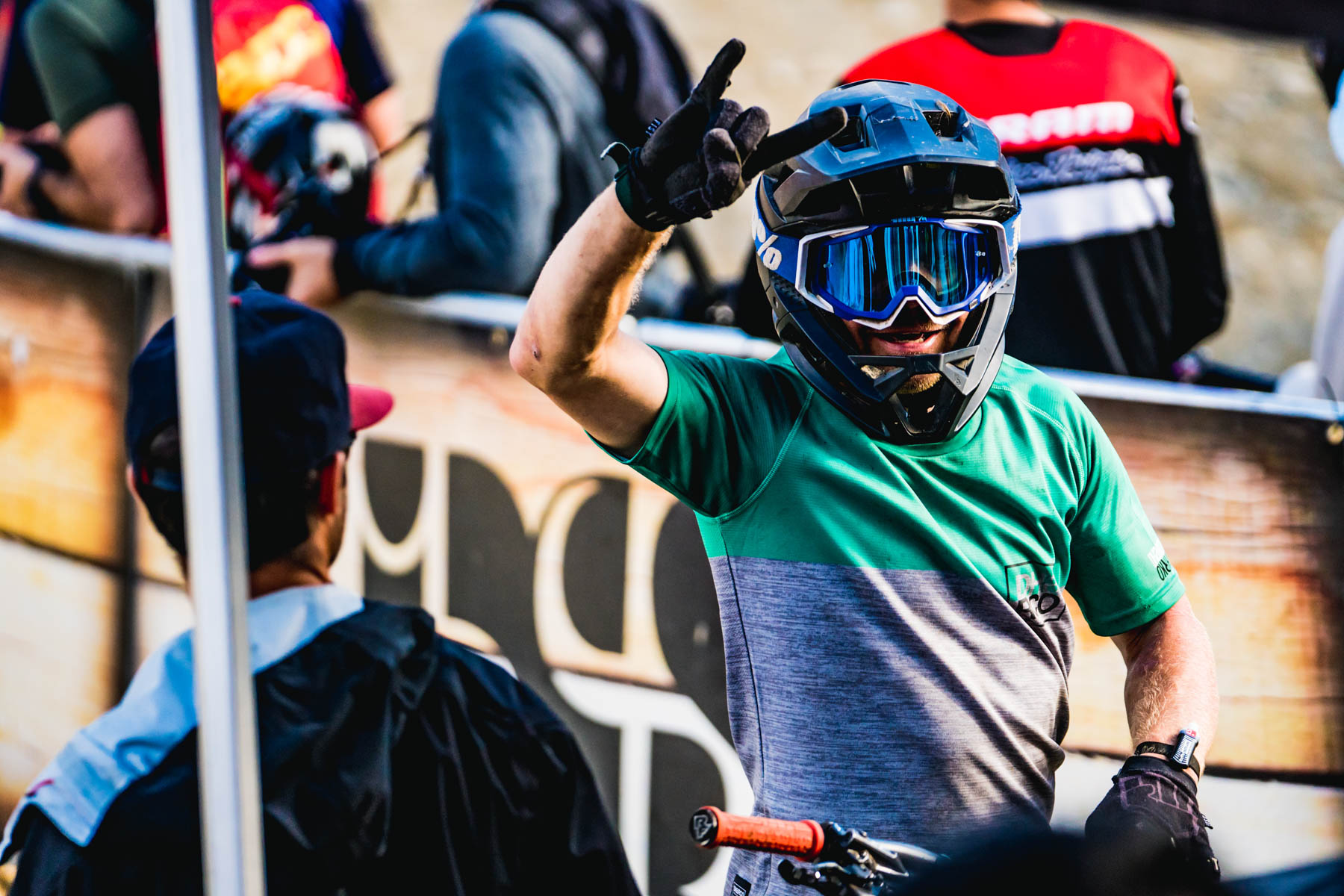 Flow: Sounds like you and your bike are prepped better than ever for Finale. We’ll be cheering on from behind our computers as we see your stage results roll in. One final question, do you prefer sunset walks on the beach or sunset shreds at the trails?

James: (laughs) I can offer dreamy and intimate romantic sunset walks on the beach Monday to Saturday, but sorry ladies, Sundays are reserved for sunset dirt jump sessions with the lads (dirt jumping ladies welcome too, of course). 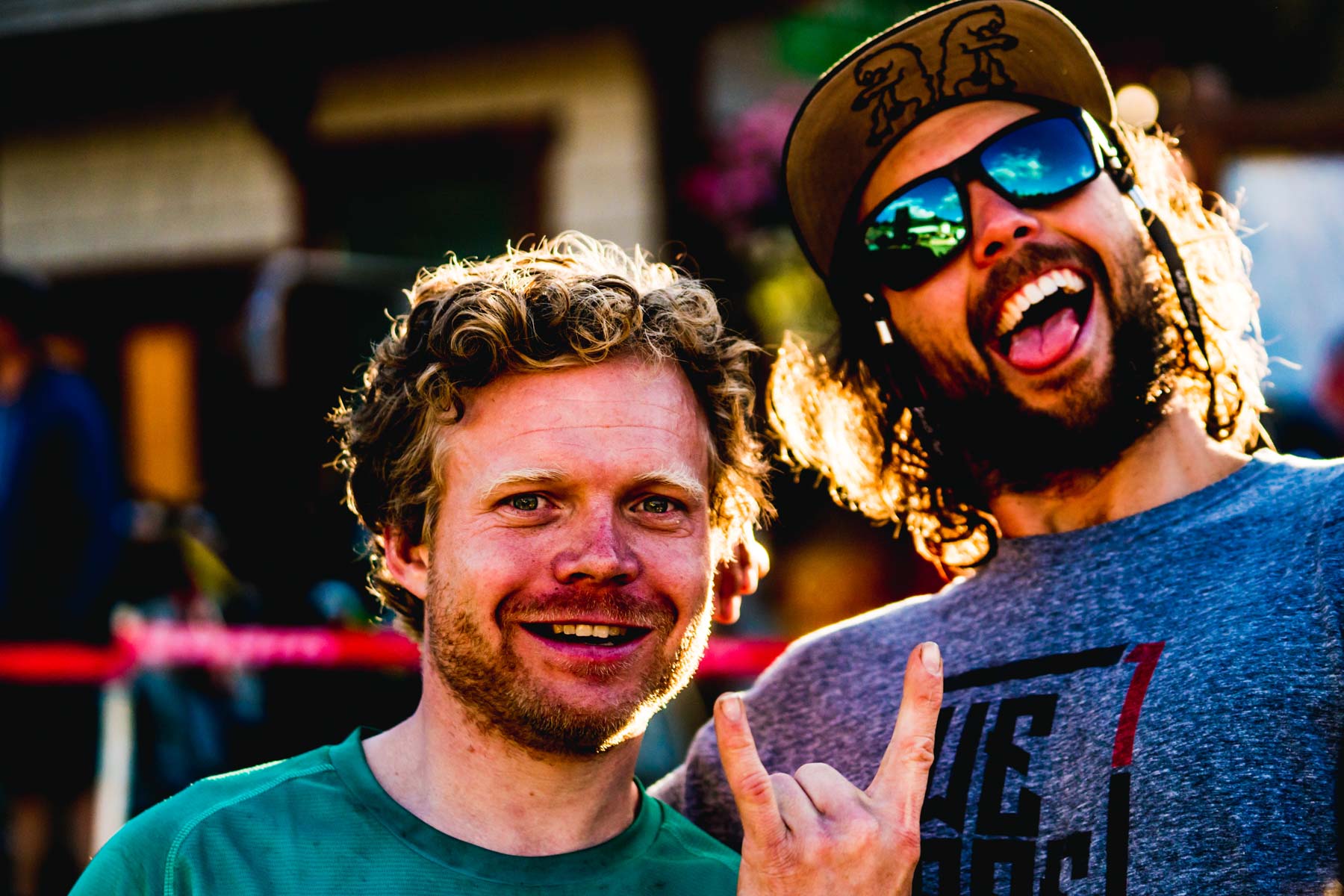 Be sure to check out Flow’s Instagram Stories during Finale’s EWS for Cannonball’s behind-the-scenes coverage – #EWSwithCannonball / @flow_mtb.

All photos and video produced by Matt Staggs Visuals.