Riders who frequent Manly Dam either love it, hate it or find the challenging terrain a bit off-putting. The incredibly popular trail in Sydney's Northern Beaches around the old water reservoir just a few km from the vibrant Manly Beach has long been in need of some care and maintenance. Judging by the number of hire bikes we see also around The Dam, it's also a must-ride destination for beginners to the sport and visitors to Sydney.

Riders who frequent Manly Dam either love it, hate it or find the challenging terrain a bit off-putting. The incredibly popular trail in Sydney’s Northern Beaches around the old water reservoir just a few km from the vibrant Manly Beach has long been in need of some care and maintenance. Judging by the number of hire bikes we see also around The Dam, it’s also a must-ride destination for beginners to the sport and visitors to Sydney.

Manly Dam is the most used trail not just in Sydney, but Australia, with approximately 150,000 uses a year, and up to 500 passes in one day! Despite this, the iconic 10km loop has seen better days. Eroding trail, track widening and confusing line choices are all features of the loop that riders have had to face for some time.

It’s rough, it’s bumpy, muddy and scratchy out there, it’s a fast ride, with loads of fun, swooping turns and drop offs everywhere.

The Sydney sandstone terrain exists in one of two surfaces, either hard steps of rock or soft patches of sand under your tyres, making it a serious challenge to ride, maintain and reduce massive erosion after rain. It’s also so unique and localised to a small area, so its hard to find anybody with experience working with the

Enter Trailscapes, the South Australian trail building and maintenance team headed up by Garry Patterson, a longtime and passionate mountain biker himself, with massive experience internationally and domestically in the business of trail building. The crew are currently hard at work in two areas; Manly Dam and across the road at Bantry Bay in Garigal National Park.

Whilst the work at Manly Dam is exciting news, what’s possibly even more exciting is the new trails being cut in across the road from Manly Dam at Bantry Bay. National Park? Yes, mountain bike trails are being constructed from scratch in National Park land, marking what is hopefully the beginning of a more positive relationship between mountain bikers and National Parks. For a long time there has been advocacy efforts to get trails at the site, NPWS is committed to providing quality, sustainable mountain biking experiences in selected New South Wales parks and reserves a commitment articulated in the NPWS Sustainable Mountain Biking Strategy. A priority project in the Strategy is the provision of a quality and sustainable mountain bike track in a northern Sydney NPWS reserve. With clearance from what we hear is the top level of state parliament, two brand new trails are being built, a blue graded trail ‘Bantry Bay West’ looping from the Currie Road Trail to the Cook Street Trail and a blue graded trail ‘Bantry Bay East’ looping from the Bluff Trail to the Engravings Trail. For more information click this link.

Warringah Council, which manages Manly Dam, has been a great supporter of the sport and has taken a collaborative approach to ensure the mountain biking community had input into the project.

The first stage of upgrade works costs $95,000 showing a real investment in mountain biking and protecting the environment.

Council has committed more funding over the next four years to continue the trail upgrade works that were identified during in the trail audit process.

Flow dropped by to see how the work is going, and meet the trail fairies in their office.

We were contacted about four months ago by Warringah Council about doing some restoration/repair work on the trail, and then we started work about two months ago.

As Manly Dam is one of the most popular mountain biking destinations not just in Sydney, but Australia, it gets worn down greatly. There has been a need for some time for more sustainable trail features to be put in place to accommodate the high traffic the area receives.

Trailscapes can offer a better standard of work, as we are a professional trail building/maintenance company with vast experience in the specific industry of creating and maintaining mountain bike trails.

There are four sections that we are focusing on. Putting in official A/B lines at the section known as ’19th Hole’, making A/B lines on ‘The Sniggle’, and finally we will be removing unsustainable trail features and replacing them with more future-proofed materials.

Well there’s a rider that comes through every ten minutes, even on a weekday (laughs).

The terrain here is just so unique. It’s amazing, and unlike anything else I’ve seen in Australia.

The work we’re doing is predicted to have a ten year lifespan. Despite this, there are plenty of avenues for work to be done on the Manly Dam trail so we will most probably be back. With the complementing trail network being developed across the road at Bantry Bay, this area is about to become even more popular for mountain biking then it already is so who knows if we could be building more trails in the near future!”

The bulk of the work will include: 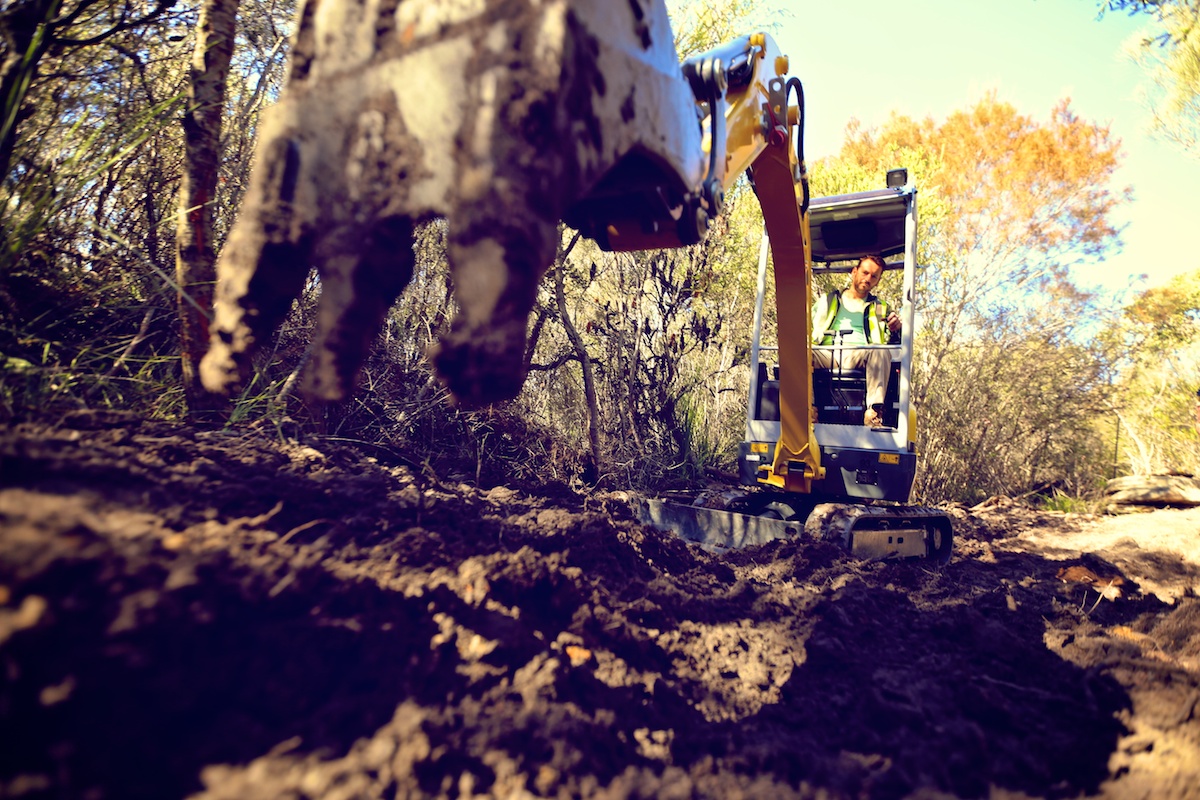 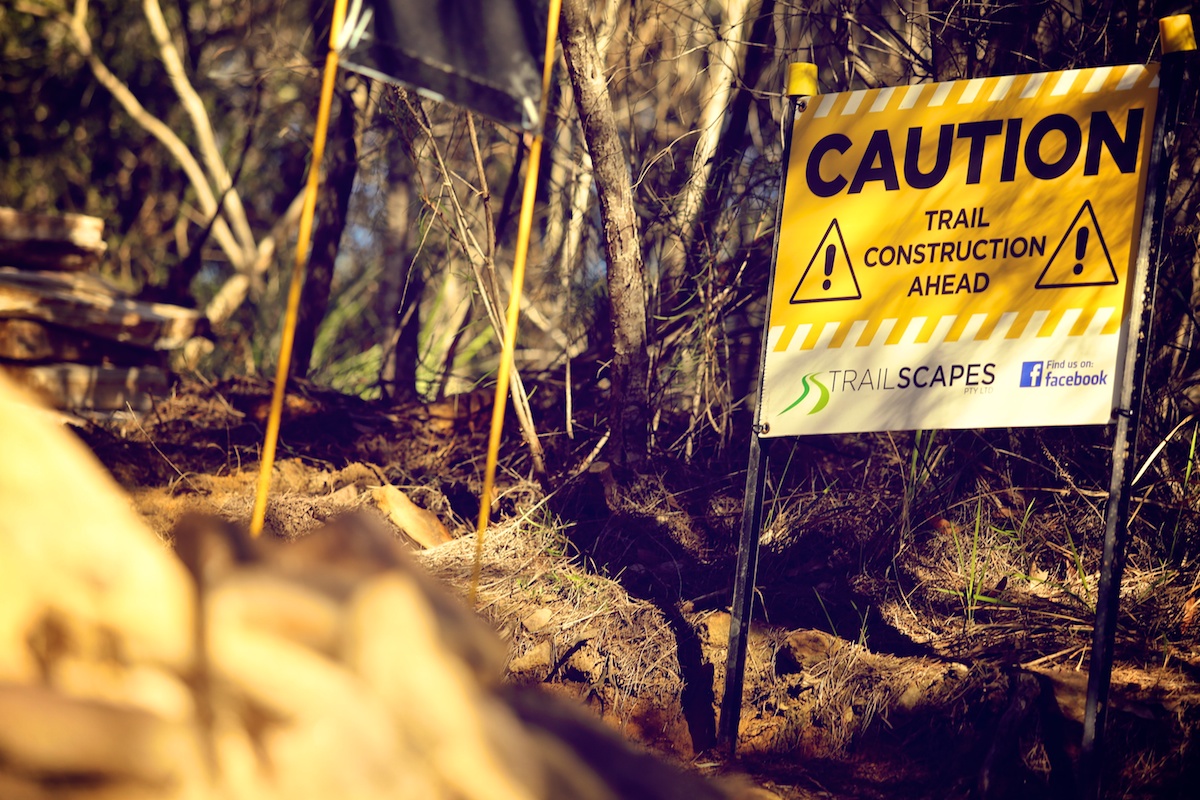 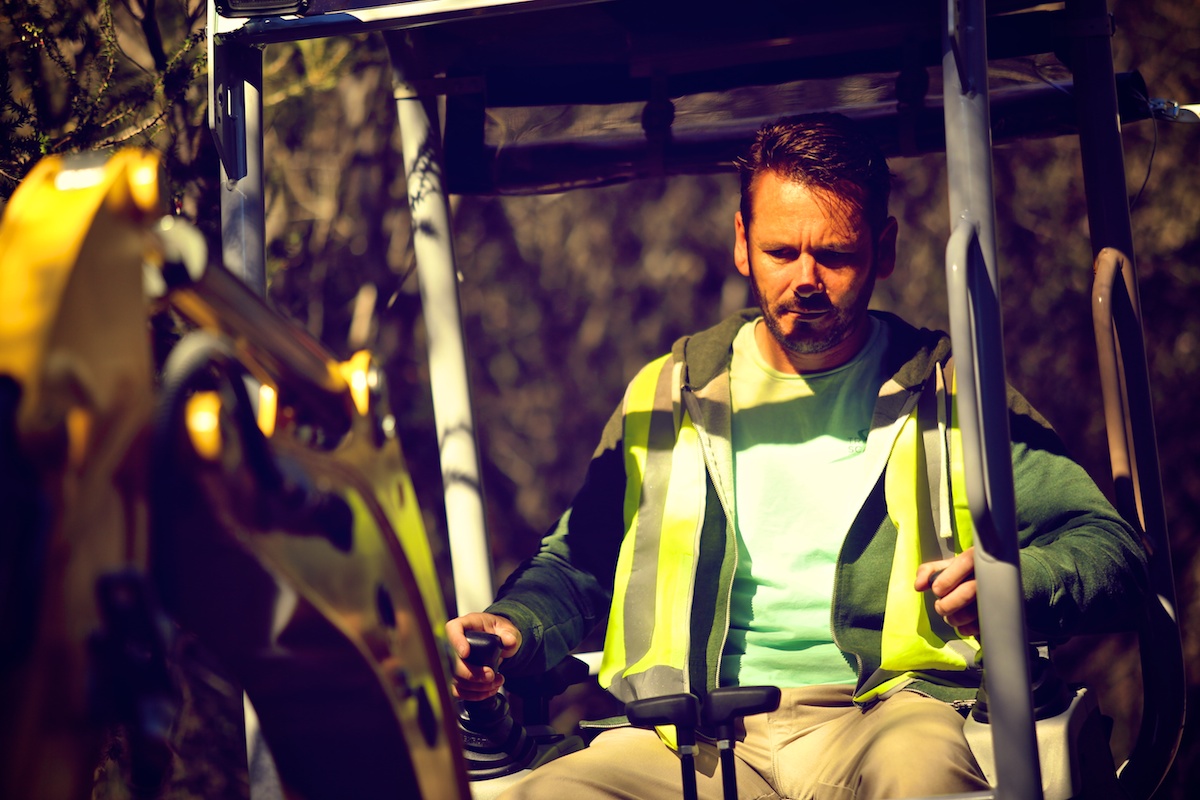 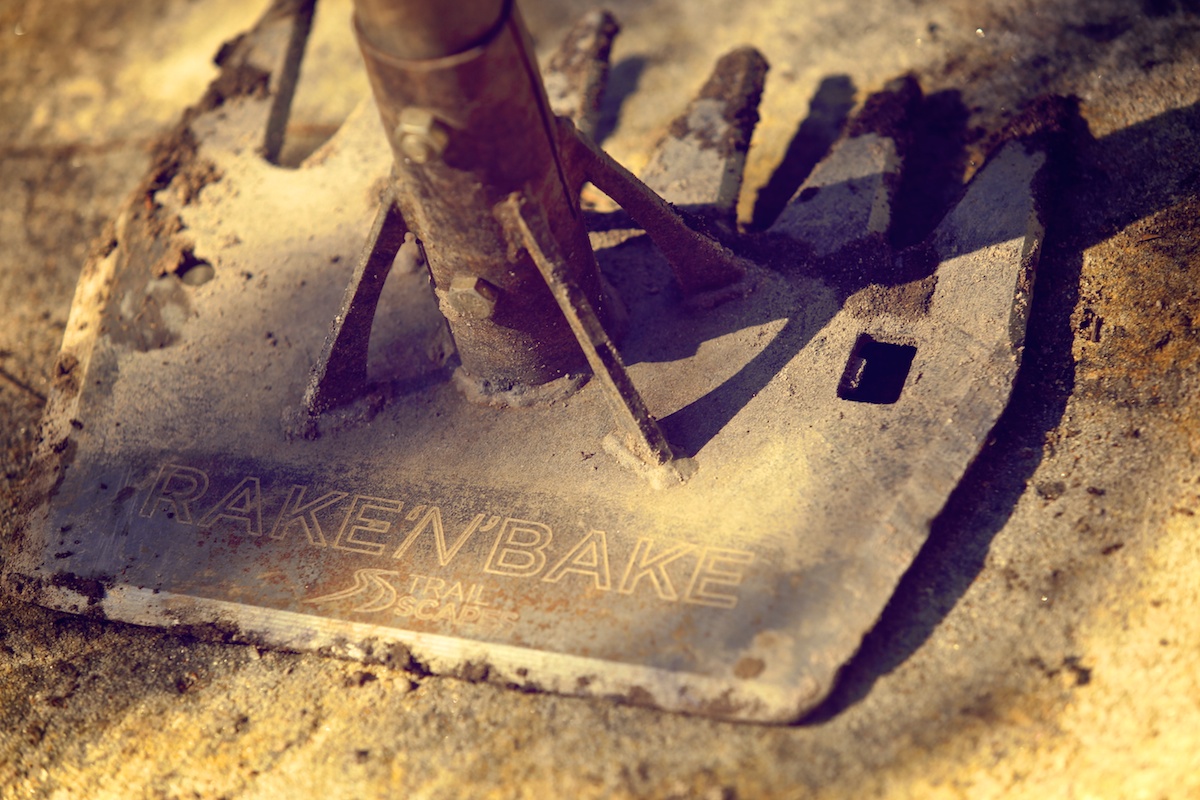 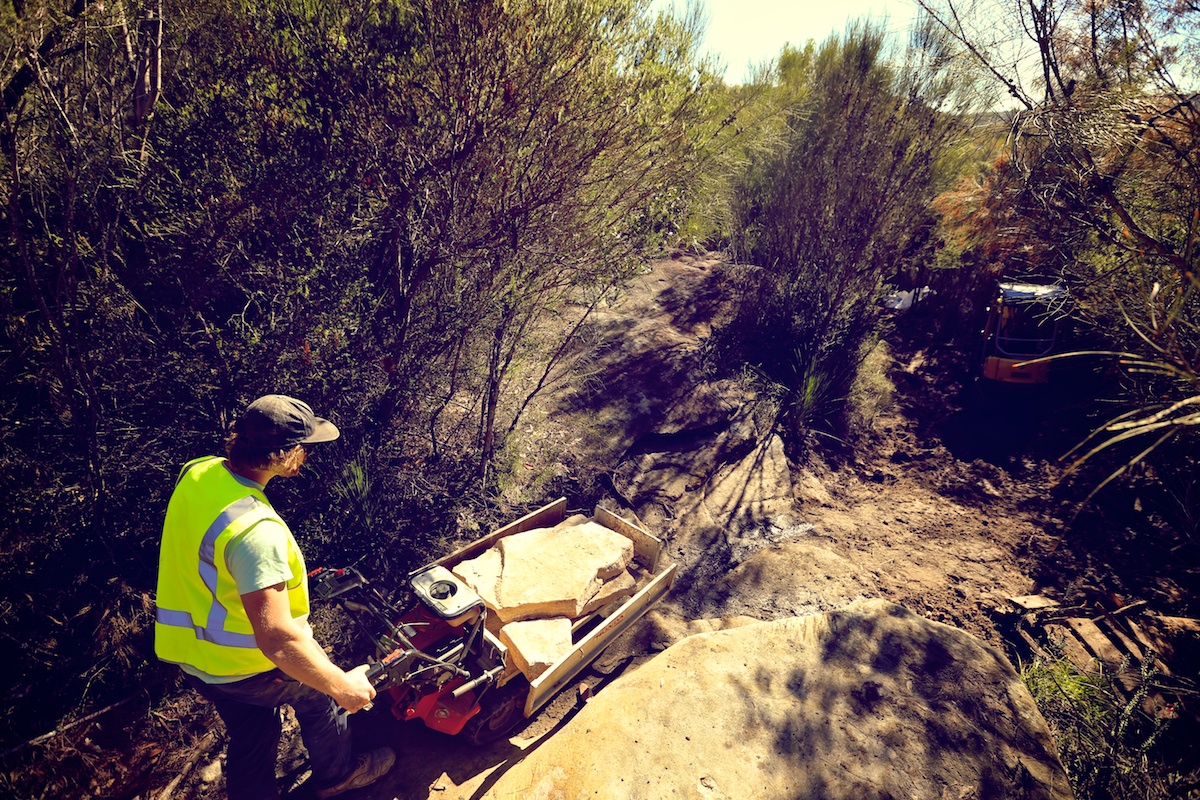 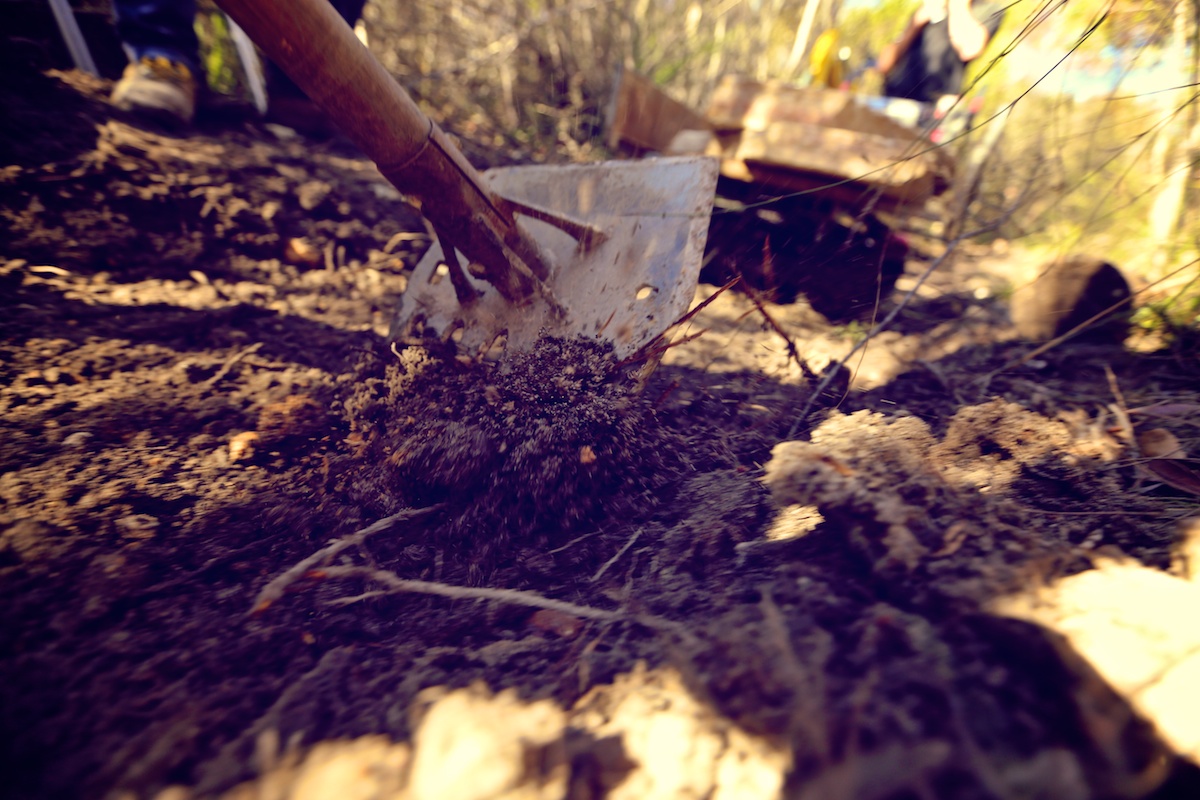 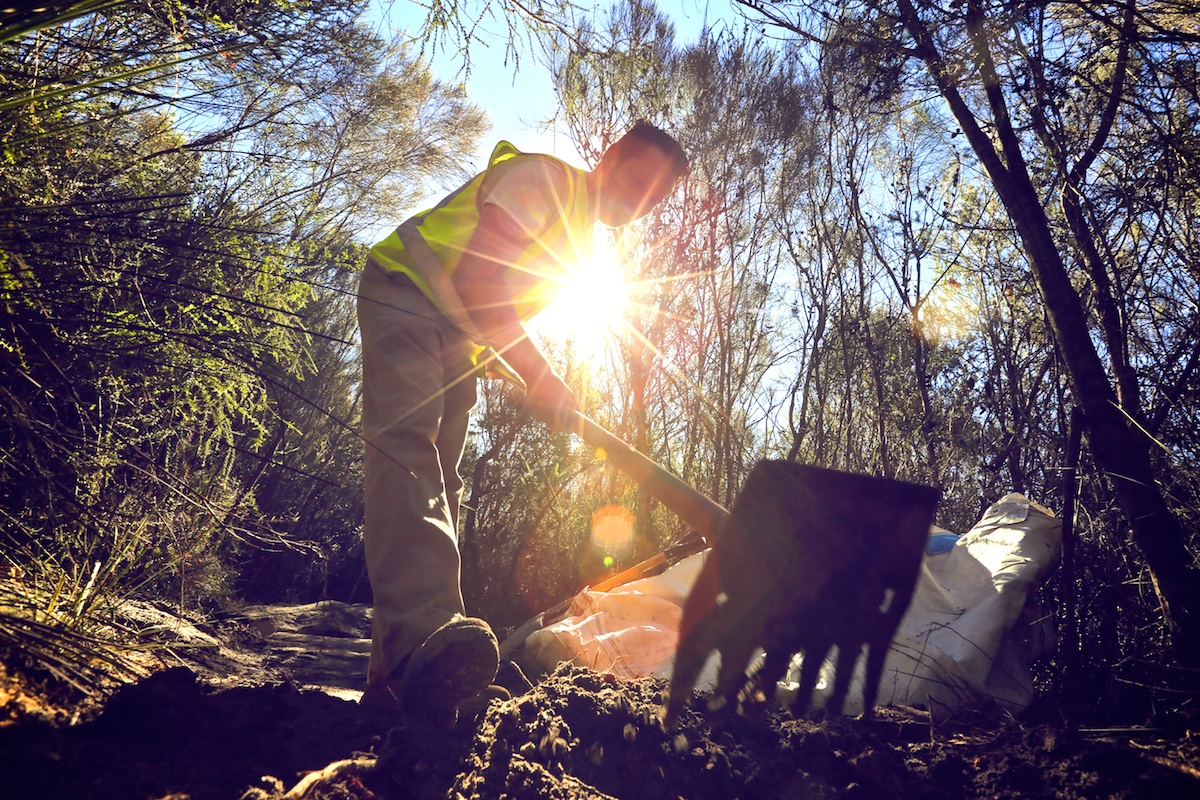 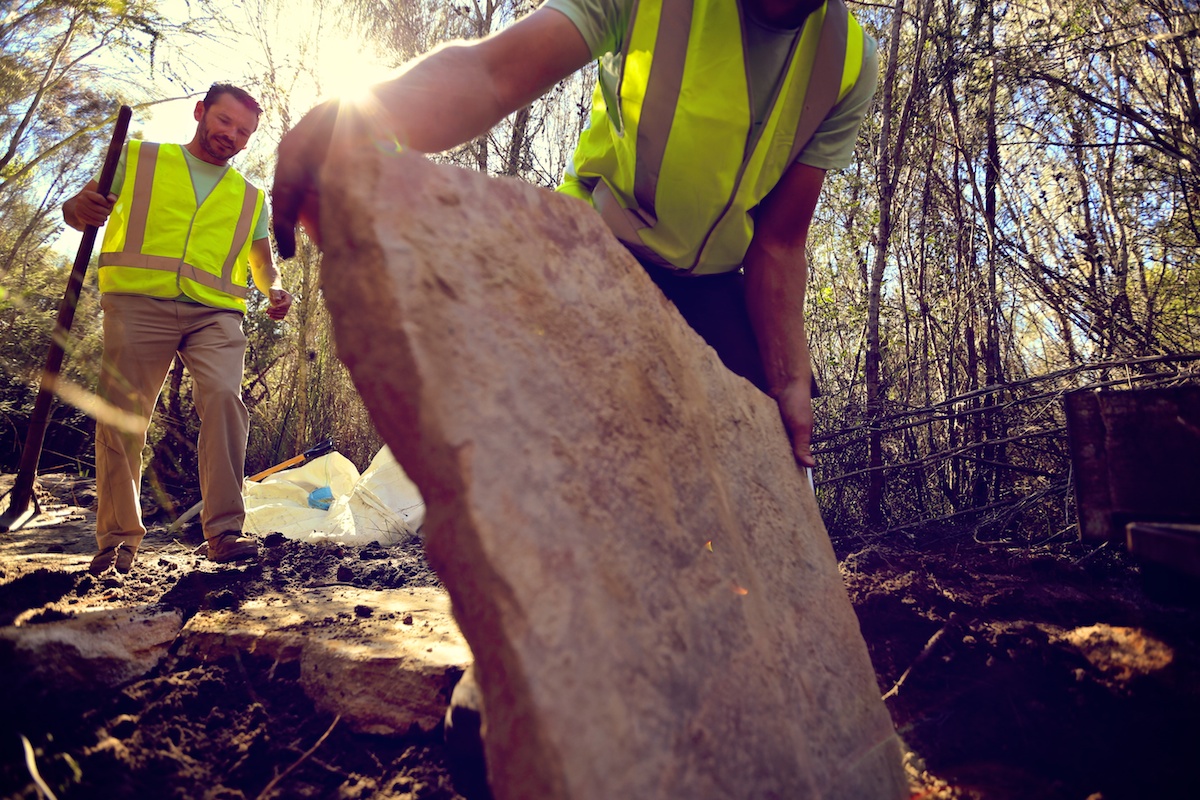 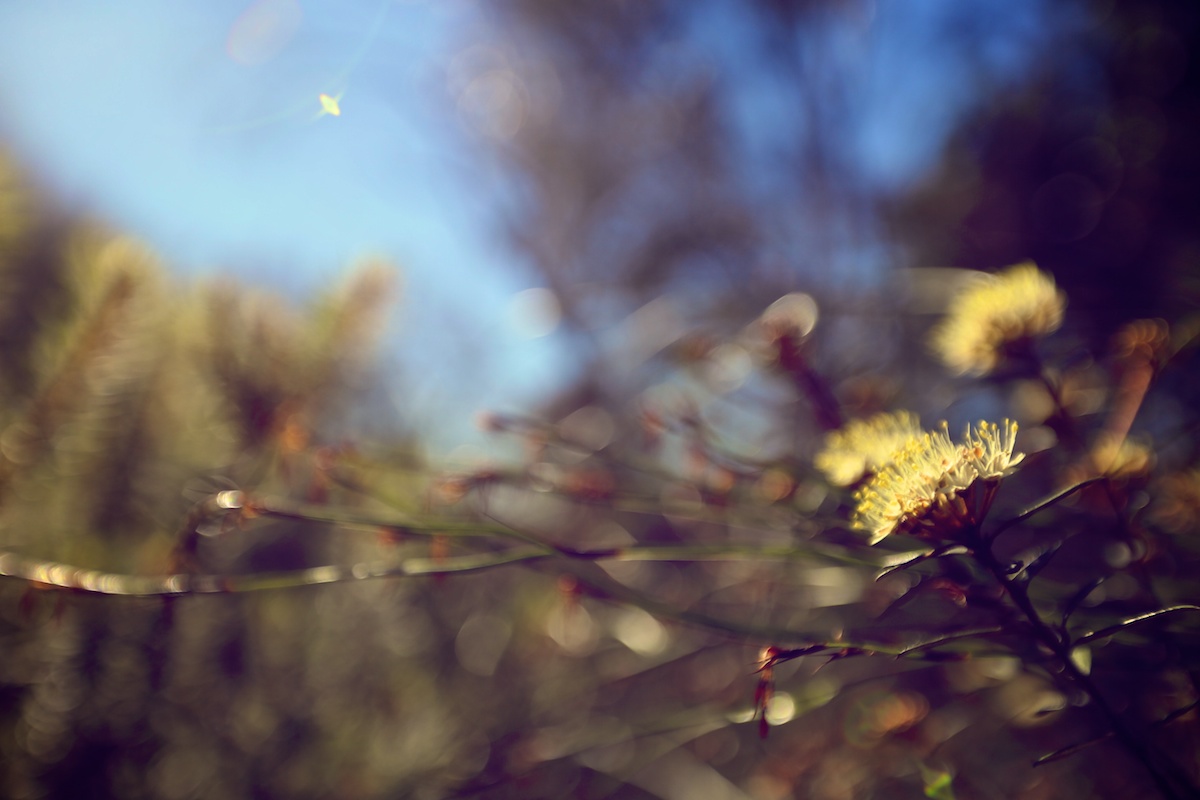 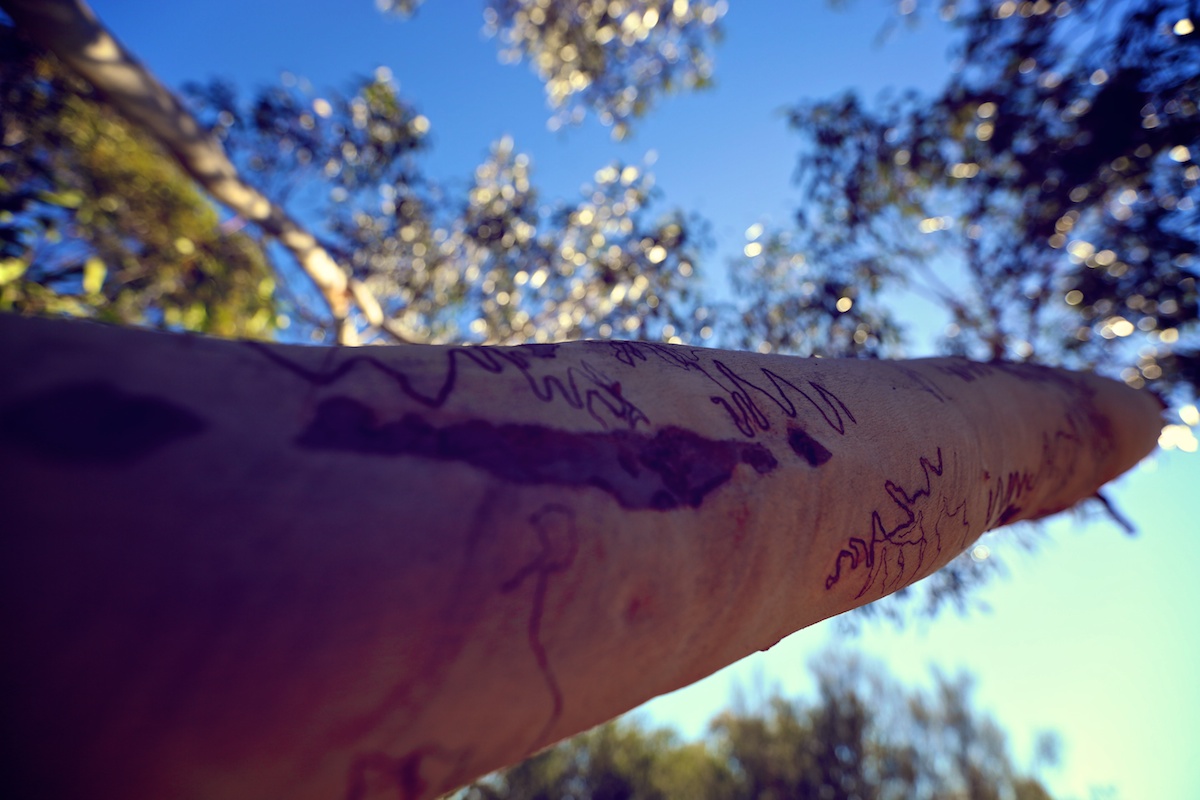 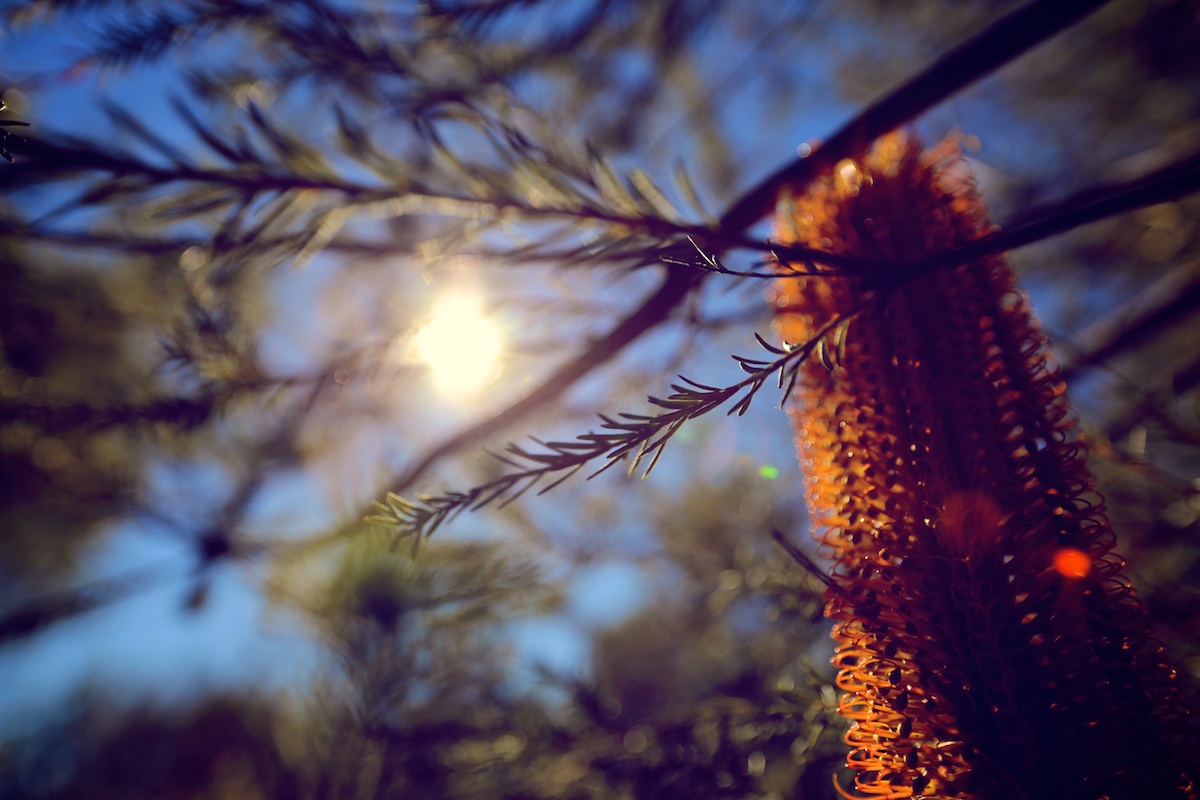 The Bantry Bay trail locations are yet to be revealed, but do get excited it’s going to be a great addition to the existing trails of Manly Dam to provide a bigger loop network. 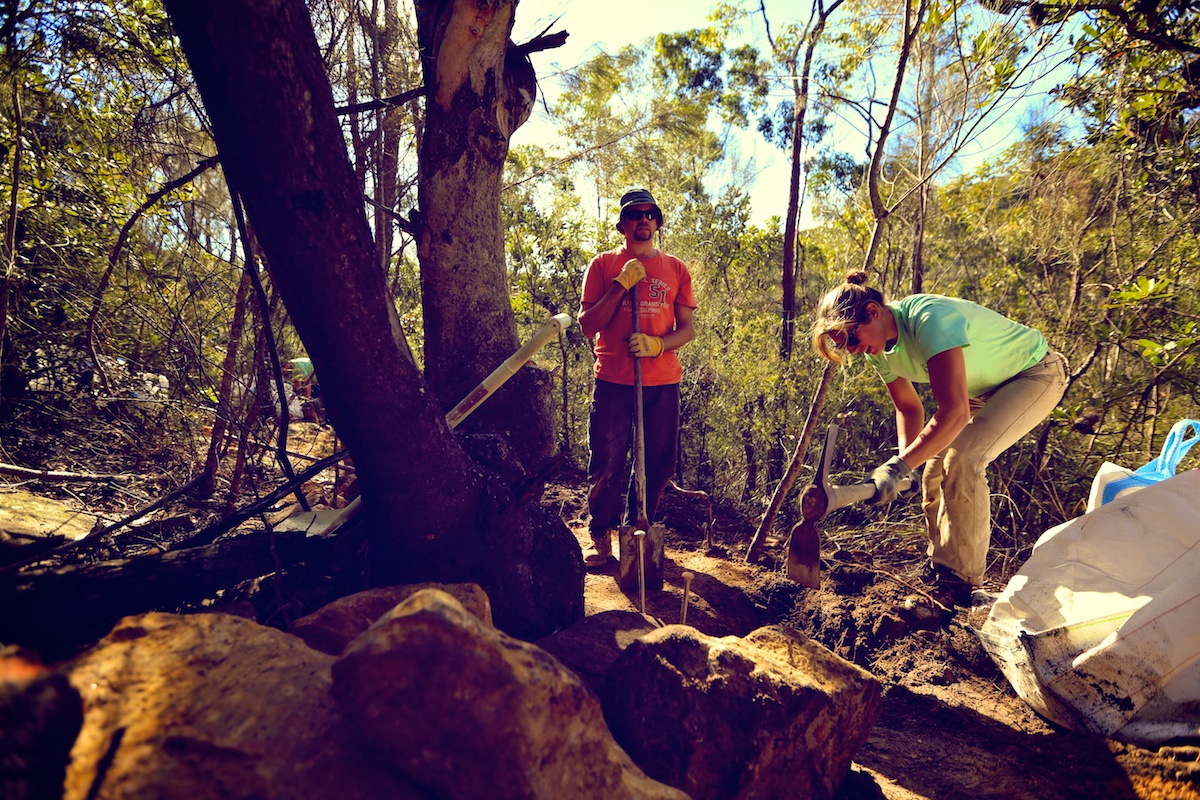 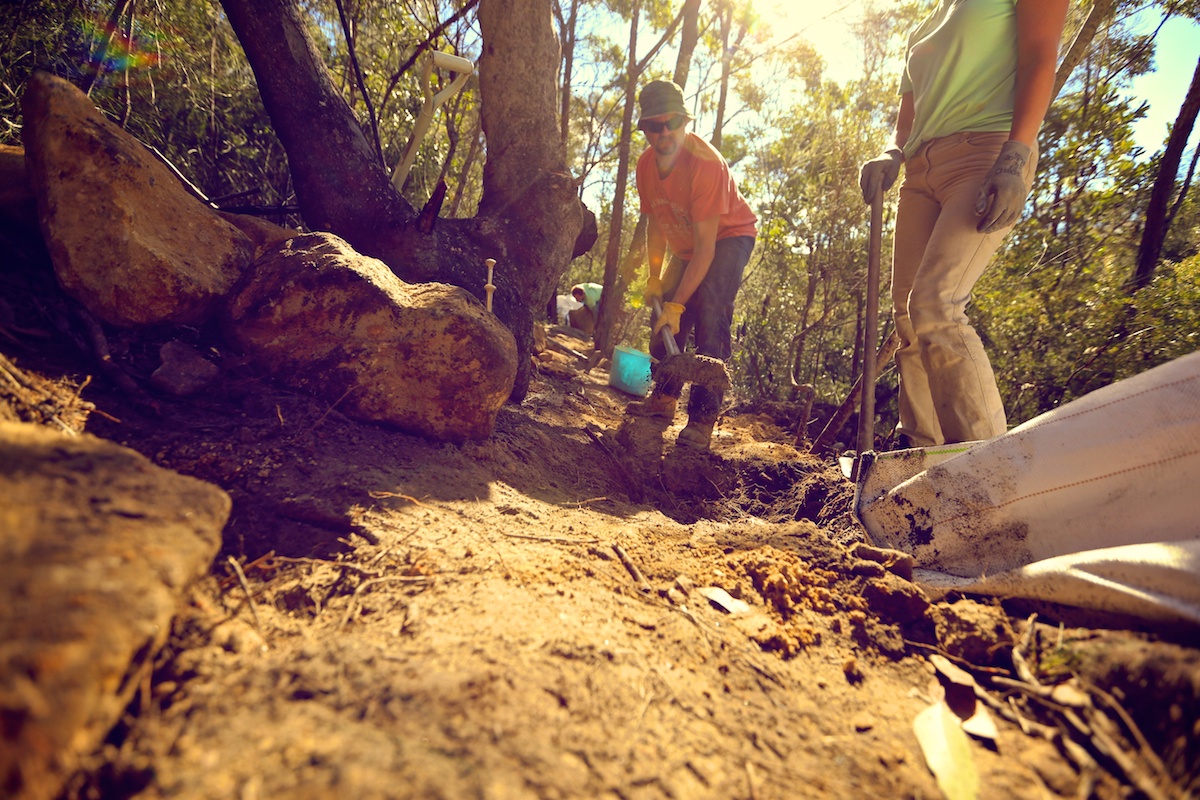 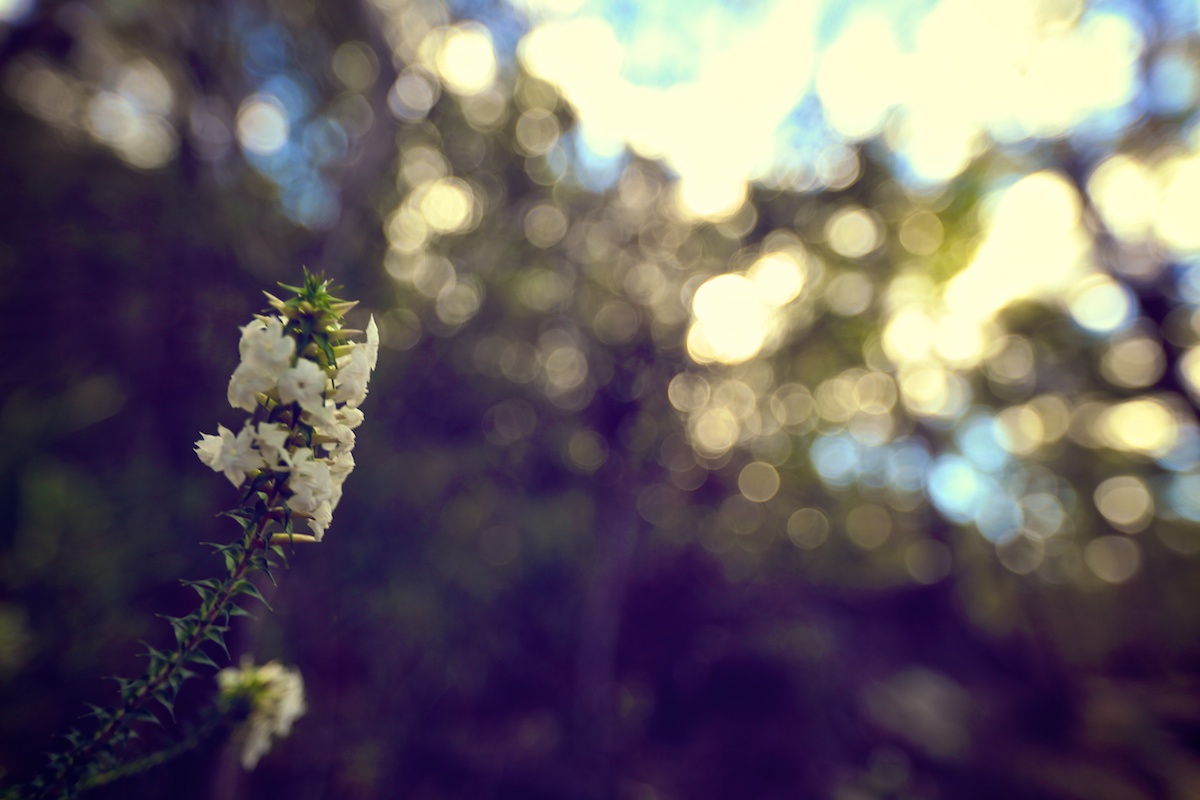 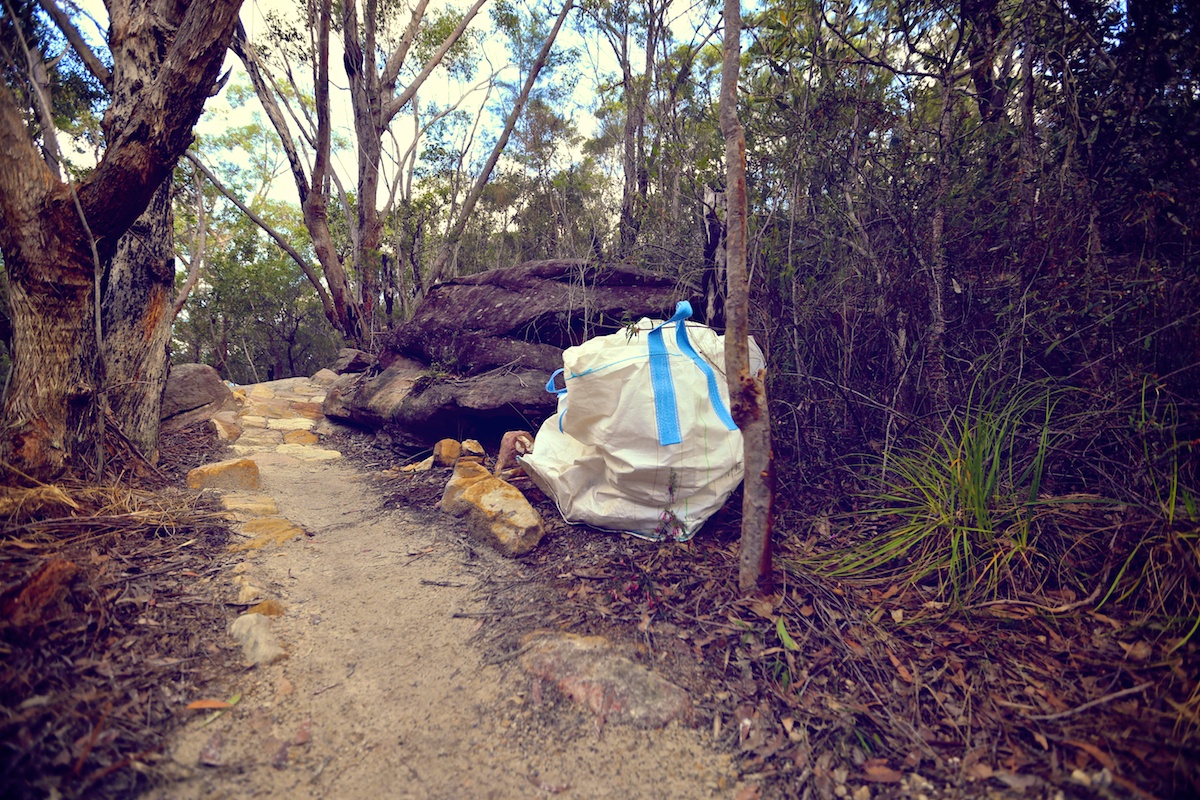