National Enduro Champion Chris Panozzo is one of the most terrifyingly committed riders we’ve witnessed. Anyone who has seen his recent video from the trails of Mt Beauty will know what we mean –he hits the dustiest, loosest corners feet up, flat out, and comes out faster than he went in. 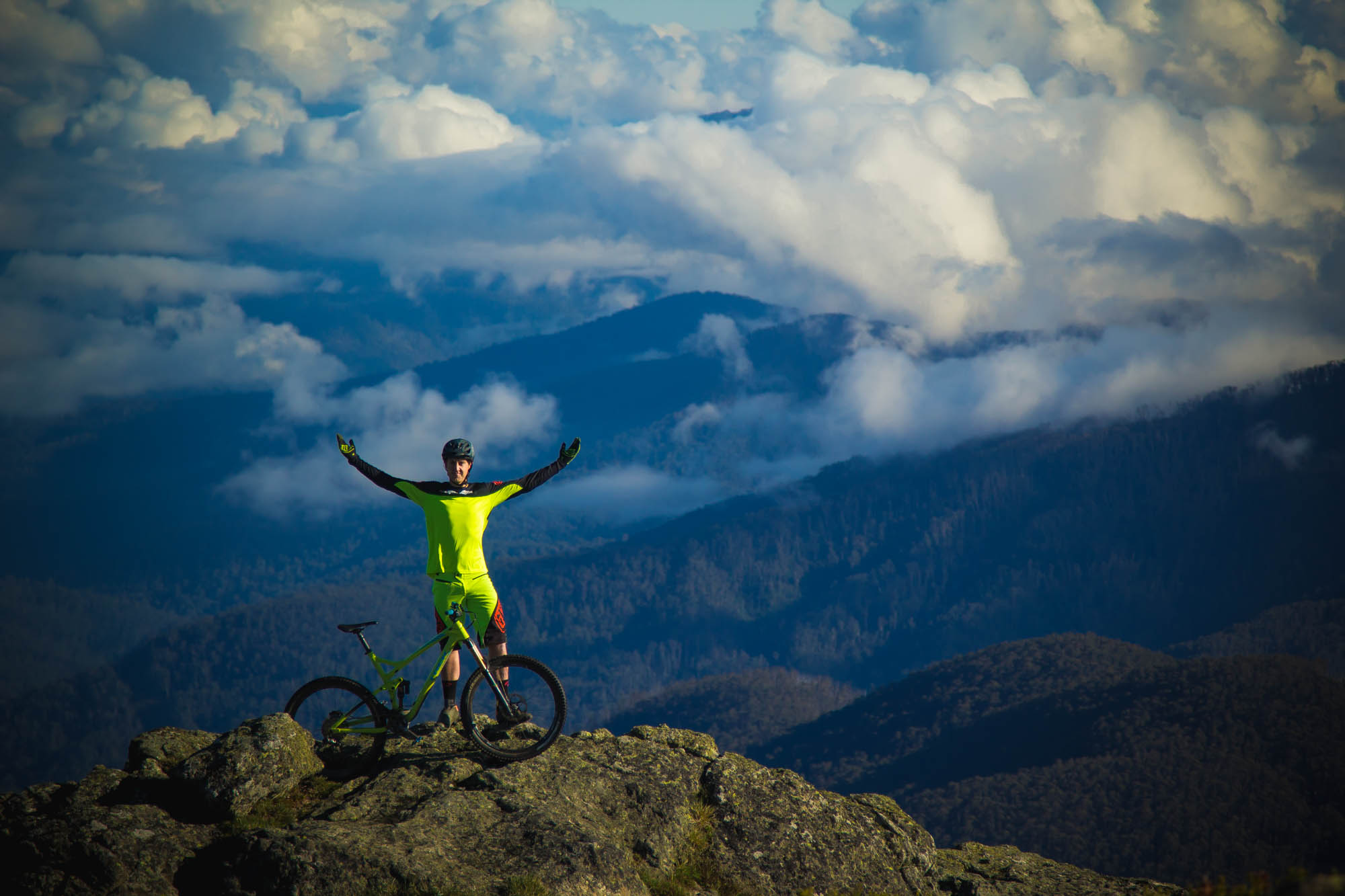 We’ve spent the last few days riding and filming with Chris at Falls Creek and Mt Beauty, and grabbed a closer look at his Trek Remedy 9.8. He’s got it completely dialled, and has some cool ideas on bike setup. “I don’t normally get super excited any more about setting up my bikes, but when I was building this one I was really happy,” says Panozzo. It’s a pretty tricked out piece of kit. 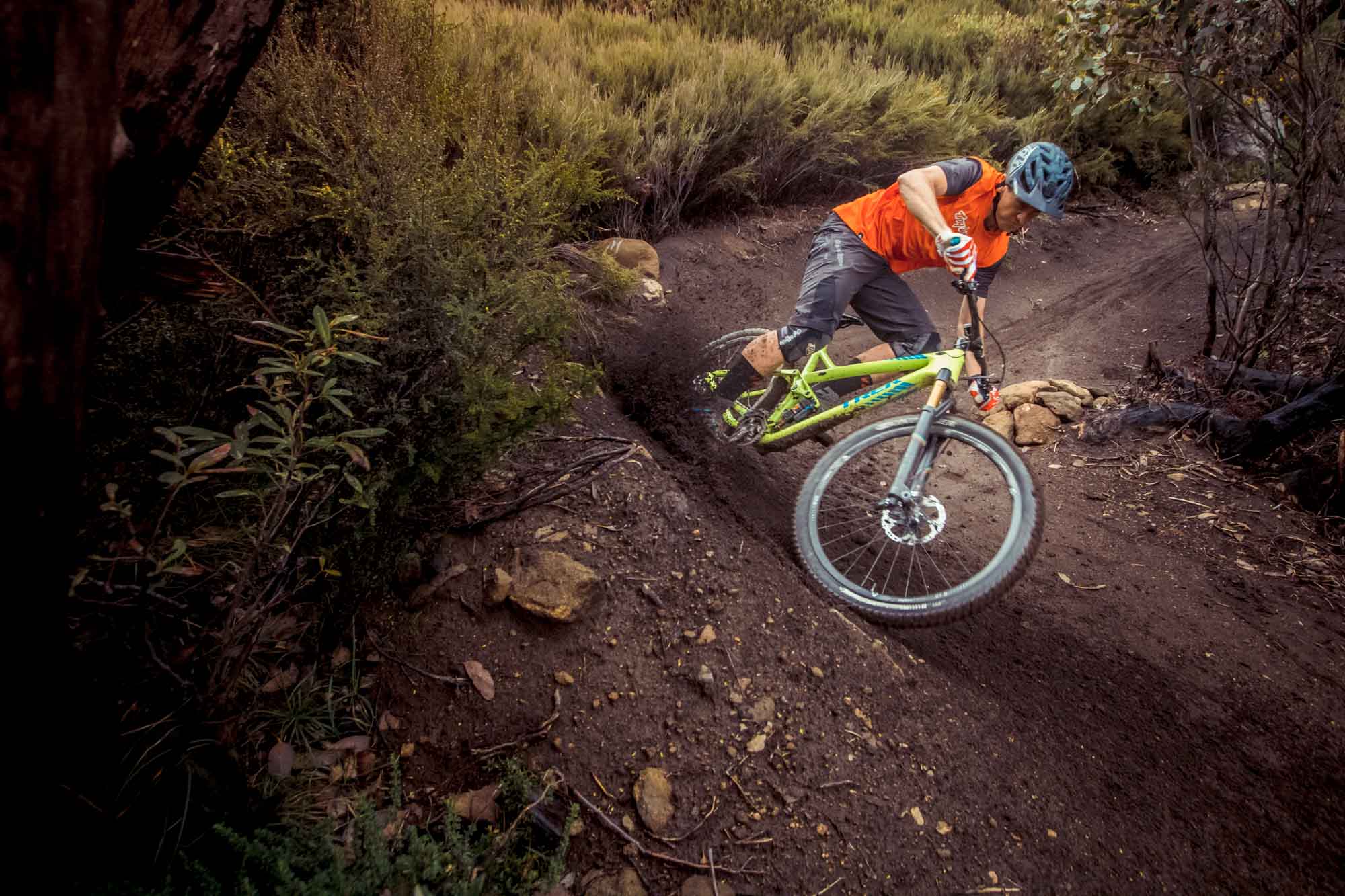 Chris rides a stock frame in the largest size that Trek make, an XL, or 21.5”. He pairs the roomy top tube with a 50mm stem to get the reach how he likes it. He’ll lower or raise the stem height with spacers to suit the tracks he’s racing.

He mas made a neat little mod to the cable ports that allow him to run his rear brake line, his dropper post and his Di2 wiring internally. The rear brake and dropper post line are heat-shrink wrapped together too, so they don’t rattle.

Chris runs a FOX 36 with 160mm travel, whereas the Remedy comes stock with a 140mm fork. “I’ve tried 170mm up front, and it works pretty well, but the 36 in 160mm is fantastic. The Remedy has a slightly steeper head angle than some bikes in this category, so running the 160mm fork slackens it out a little. I’ve never found it unbalanced with the rear end, even though it has 140mm out back.”

Out back, Chris is running a FOX Float X rear shock. “Everyone raves about this shock, and it’s for good reason. It’s super stable, especially under braking, the rear end just tracks so well.

His suspenion front and rear felt super firm to us, so we got him to explain his setup ideas. “I normally run everything really stiff, coming from a downhill background. And then learning how to adapt that to enduro has been difficult, because it’s definitely not the same setup as downhill.”

Explain please: “You’re hitting stuff so hard in downhill, you don’t want to be compressing into every bump you hit. But that setup takes a lot of energy, it’s very hard on your body, so you can’t keep that up the entire time in Enduro. You’re on the bike for hours, not just three minutes, so you need a setup that’s a bit more forgiving too. I’m still working on it.”

Chris runs Bontrager tyres, and in its current setup his bike is equipped with a G5 downhill tyre in a 2.35” size up front, which is a proper downhill tyre. Out back, he’s using a lighter and faster SE3 in a 2.35”. Both are setup tubeless. They’re mounted to carbon Bontrager Rhythm Pro wheels, which are a pretty light set of hoops. “I’m hard on wheels, so when I’m training I’ll usually run alloy rims, so that if I dent them, I can bend them back.” 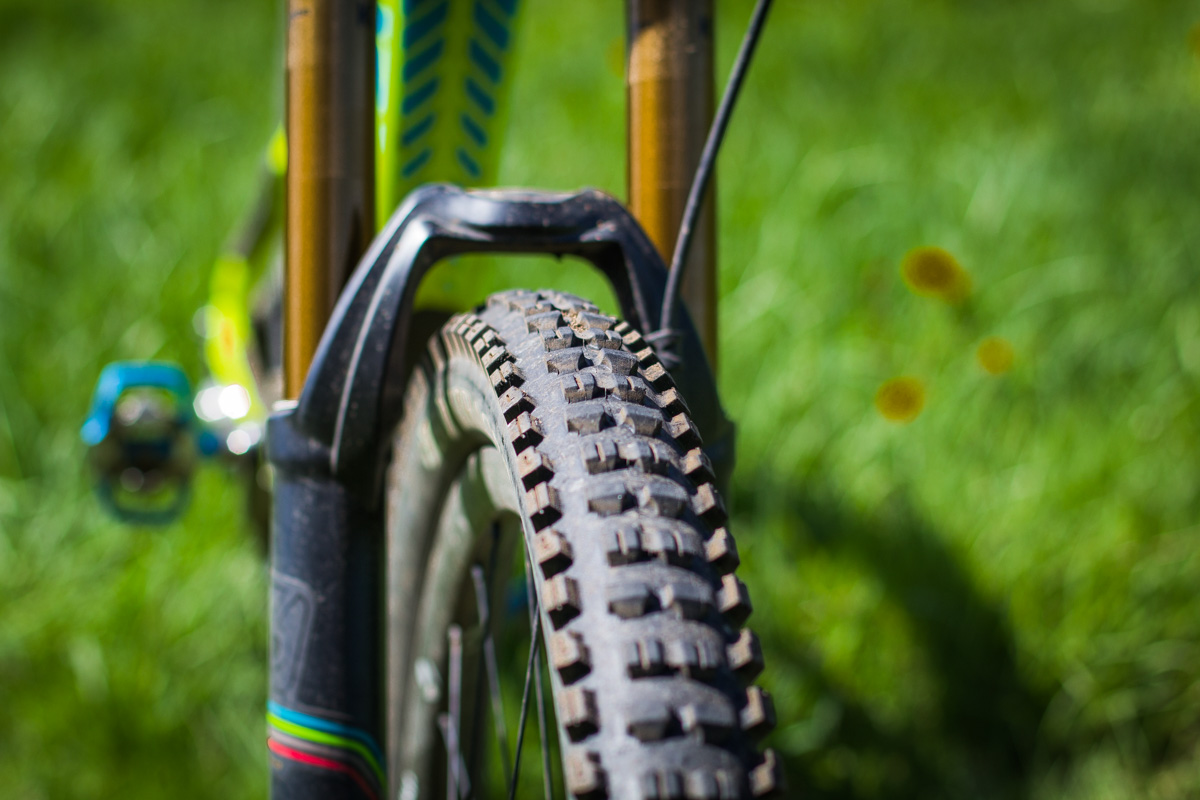 “I don’t always run a downhill tyre up front, but I do like to have a really pointy front end.” Pointy? “Yeah, really grippy, stiff. Because even though you steer the bike half the time by hanging off the back, you want to have confidence that the front end isn’t going to dip. It all ties into having the right bar height, the right suspension setup and the right tyre pressures.” 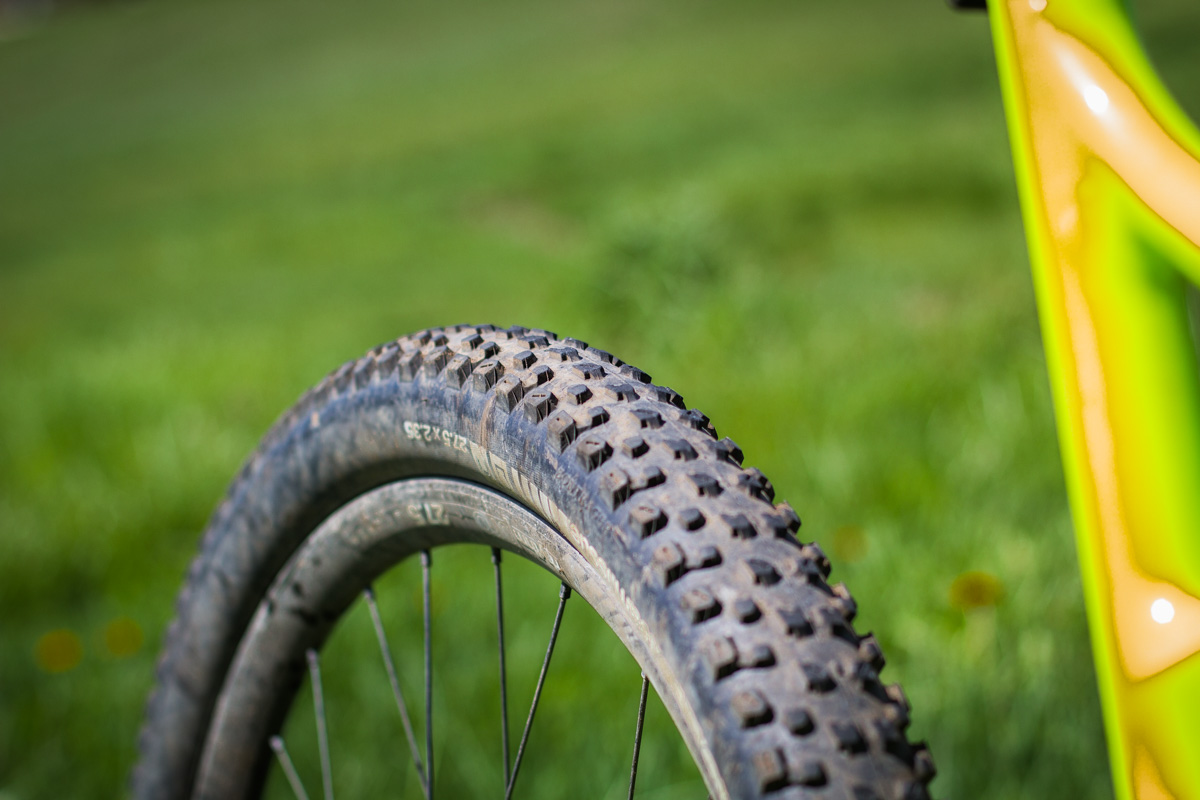 Chris likes pairing a grippy tyre up front with something faster out back. “I can deal with the bike sliding around out back a bit, because for me it creates a balance that works. When you run a really grippy tyre out back, I find you can lose confidence to really throw it into a turn, because you want the rear end to break loose before the front. If I have a really grippy tyre out back, I find the bike can tend to understeer.”

Chris runs a full XTR Di2 drivetrain. “The Di2 is the business. It’s so discreet the way it all integrates neatly.” Chris’s setup sees the battery housed in the down tube, and he’s used the cable port plugs out of Trek Domané road bike for the wiring. “The shifting is amazing, you really don’t need to back off when you’re shifting, you can just flat shift it. You can set it up so it doesn’t shift until you pedal too, whereas if you did that with a cable, you’d just be loading up the cable and derailleur. That means you can be on the brakes, flick it down a few gears, and then it’ll shift as soon as you get back on the pedals.”