Welcome back to Cairns, where the only thing scarier than the crocodiles are backpackers at the Woolshed on Cheap Tuesdays, and, of course, the world’s slipperiest rock garden. You might remember it from 2014 – its jagged teeth have surely been on a few riders’ minds since then, and it was back causing havoc today as riders took to the hill for day one of downhill practice. 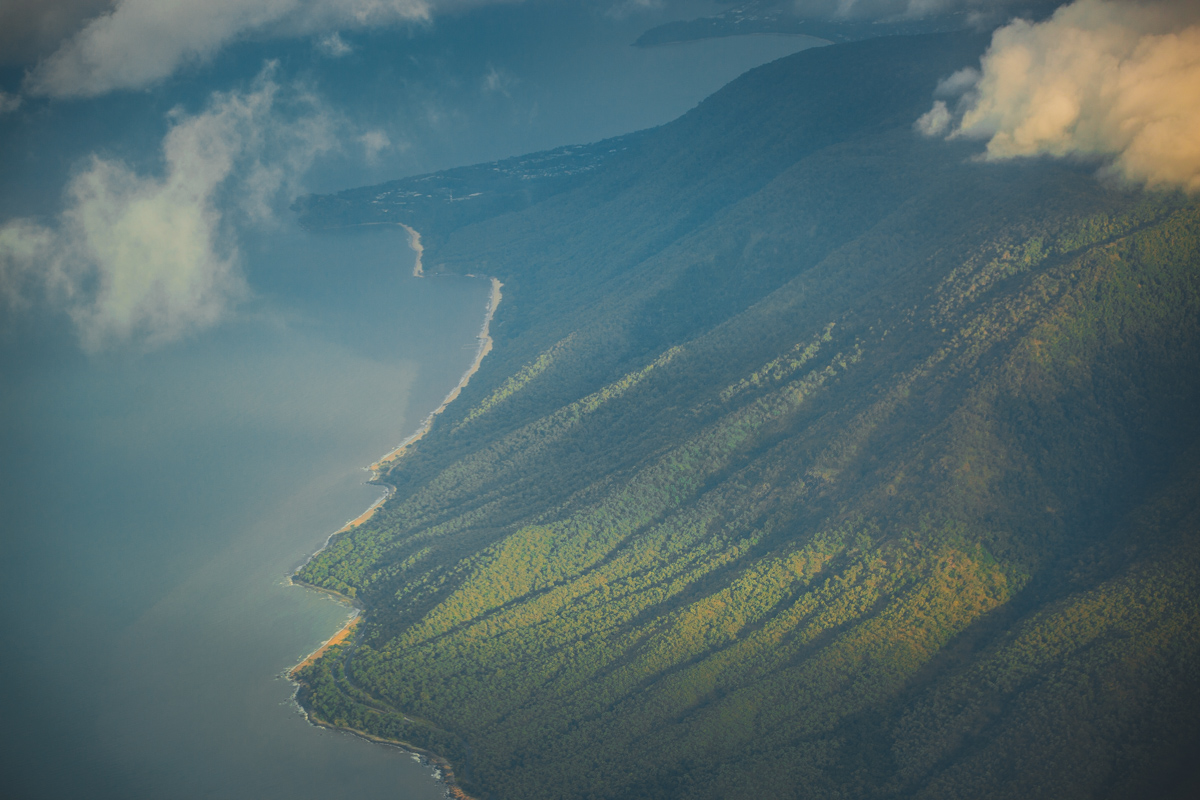 Cairns has had an incredibly dry ‘wet’ season so far, but that has been threatening to change today. Showers blowing through ensured that even the dense jungle canopy couldn’t keep the rain out, turning sections of the course into an icy gloop that had a least one World Champion Frenchmen muttering, “merde”.

We’re not likely to see the weather deteriorate to the extent of the 2014 World Cup here (AKA. The peanut butter suprise) but mud is definitely going to be part of the game once again. Who can keep it upright when they roll the dice in some of the truly slippery sections?

Besides the threat of rain, the other story of the day was, unfortunately, injury. No one likes to see a rider down, but three serious injuries in quick succession on the high speed Ridgeline jumps put things on hold for a couple of hours, while the riders were carted out. Our thoughts and healing vibes go out to all the riders and their families, as there were some pretty frightening scenes.

We also hope that the UCI can work out a better plan for handling severely injured riders on this course, because it’s horrible to see a rider in pain laying trackside when they should be in ER half an hour ago. While the far more important issue is getting the riders to care safely and quickly, the delays also meant that practice was cut short for both Group B and A, which raised a few grumbles on the hillside.

To the UCI’s credit, after the injuries, they were quick to step in and slow down the entry to the jumps by bunting the run-in a little tighter.

The course is largely unchanged from 2014. The rock garden is still one of the most intimidating pieces of trail you’ll ever see; with a bit of mud on it, it’s slicker than a greased piglet. When you see the world’s best riders reduced to a tripodding, traffic-jammed pile you know it’s hard to ride. Brook MacDonold and Josh Button were just about the only riders we saw hammer through cleanly on their first run. Josh Bryceland was reduced to a giggling mess, “Oh my word! I’ll be putting on flat pedals for sure!” he laughed in his usual Manchurian way.

As noted above, the Alien Tree is causing all kinds of dramas too – high line, low line, no line, it doesn’t matter. Only the most committed are getting by without a dab. Speaking of commitment, the way riders were sending the final massive triple on the Ridgeline was pretty terrifying to watch – the sound of rubber and carbon in severe protest as it slams to the ground from 20 feet up at 50km/h is awesome.

The Corkscrew and Mick’s Drop are unchanged, but the whoops have been given a bit of a sharpen up, so they’re even more imposing than before. Two years of weather have made sure the bottom section of the course is raw and exposed – ruts and roots, a proper bobsled. Finally, riders will need to find a little more length than before to clear Ronning’s Ramp, the last jump on the course has been stretched out to give riders a bit more down ramp to work.

As we type, the rain has stopped sprinkling, but who knows what tomorrow will bring? This is Cairns after all. 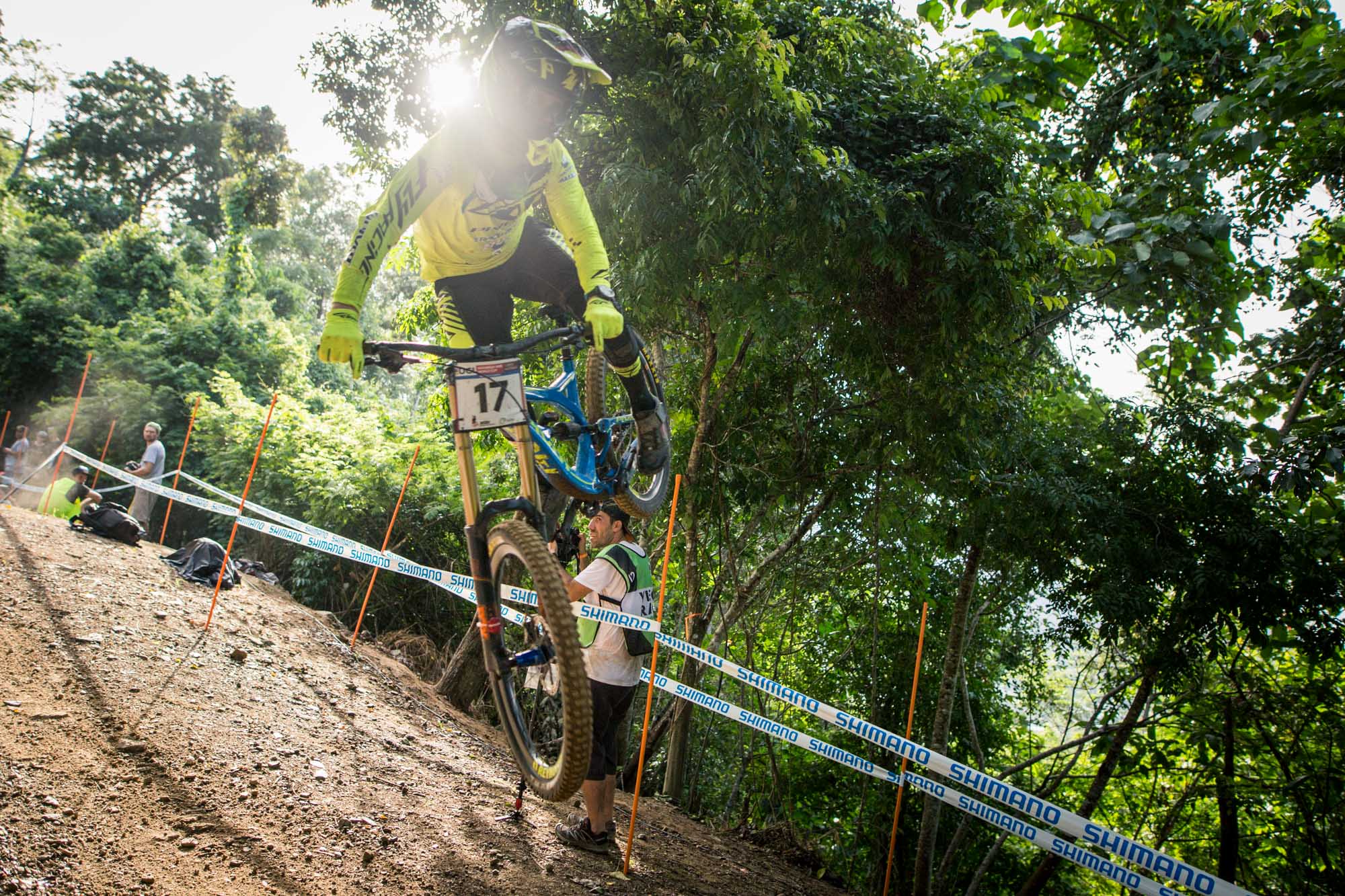 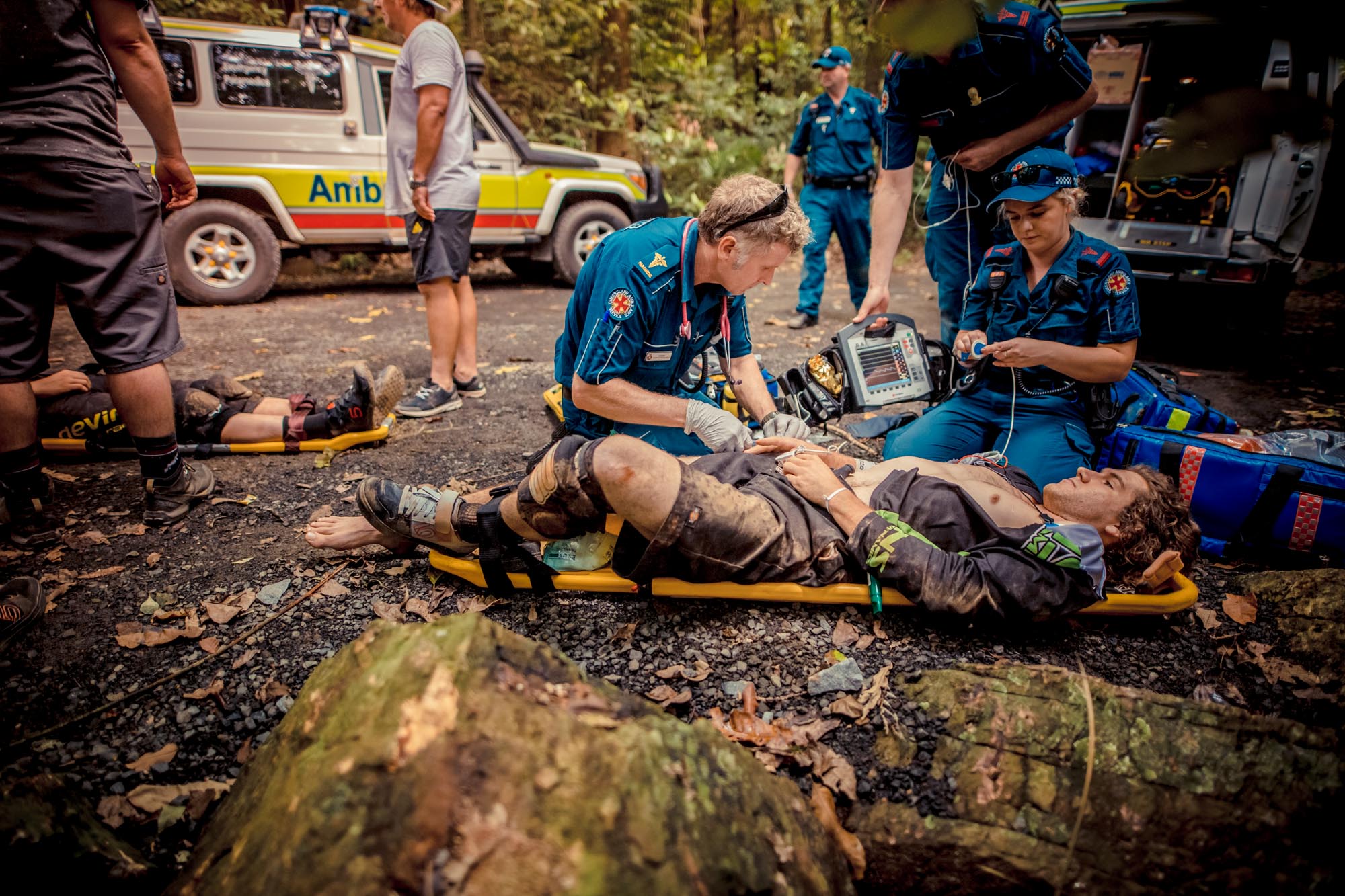 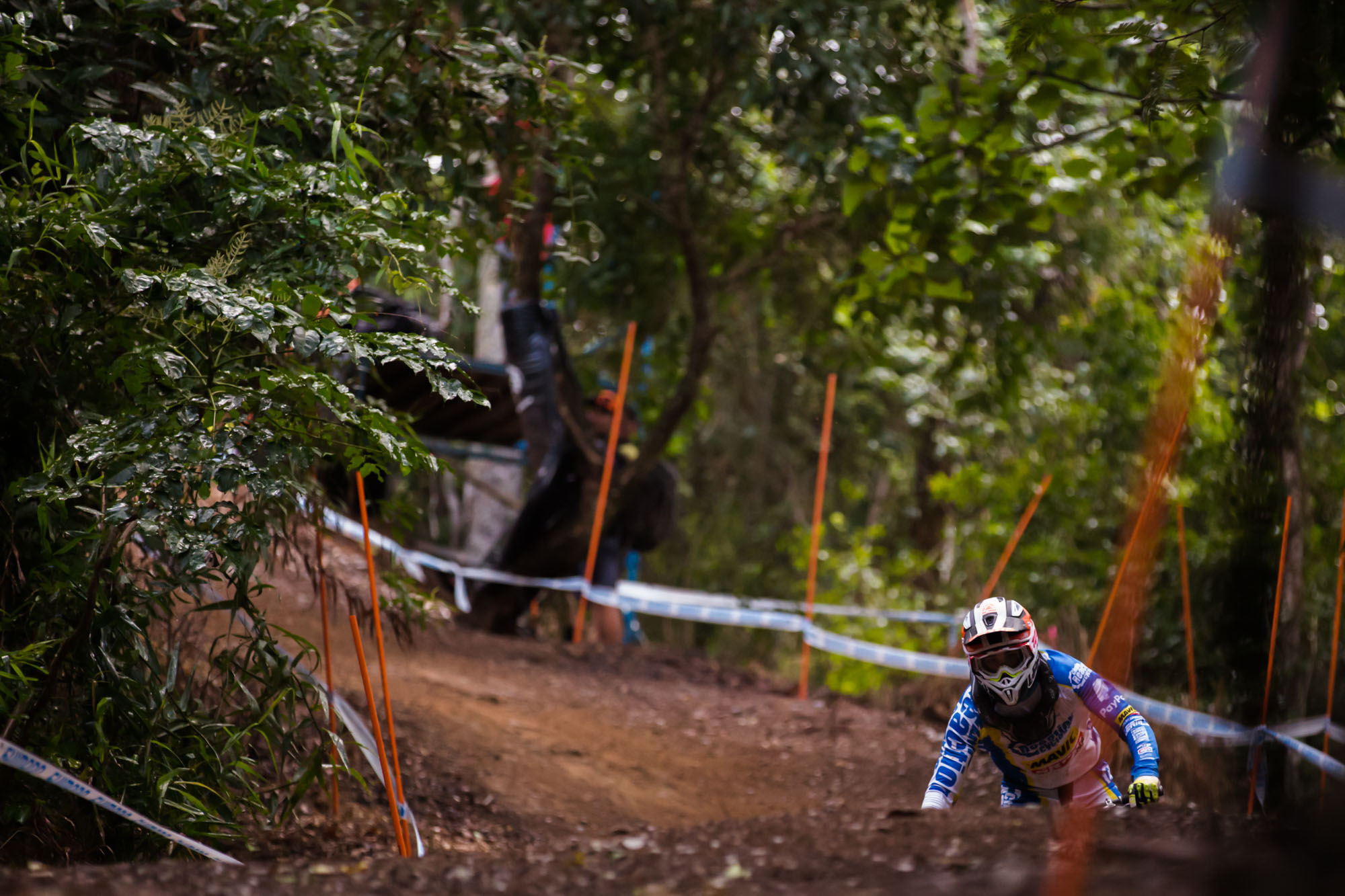 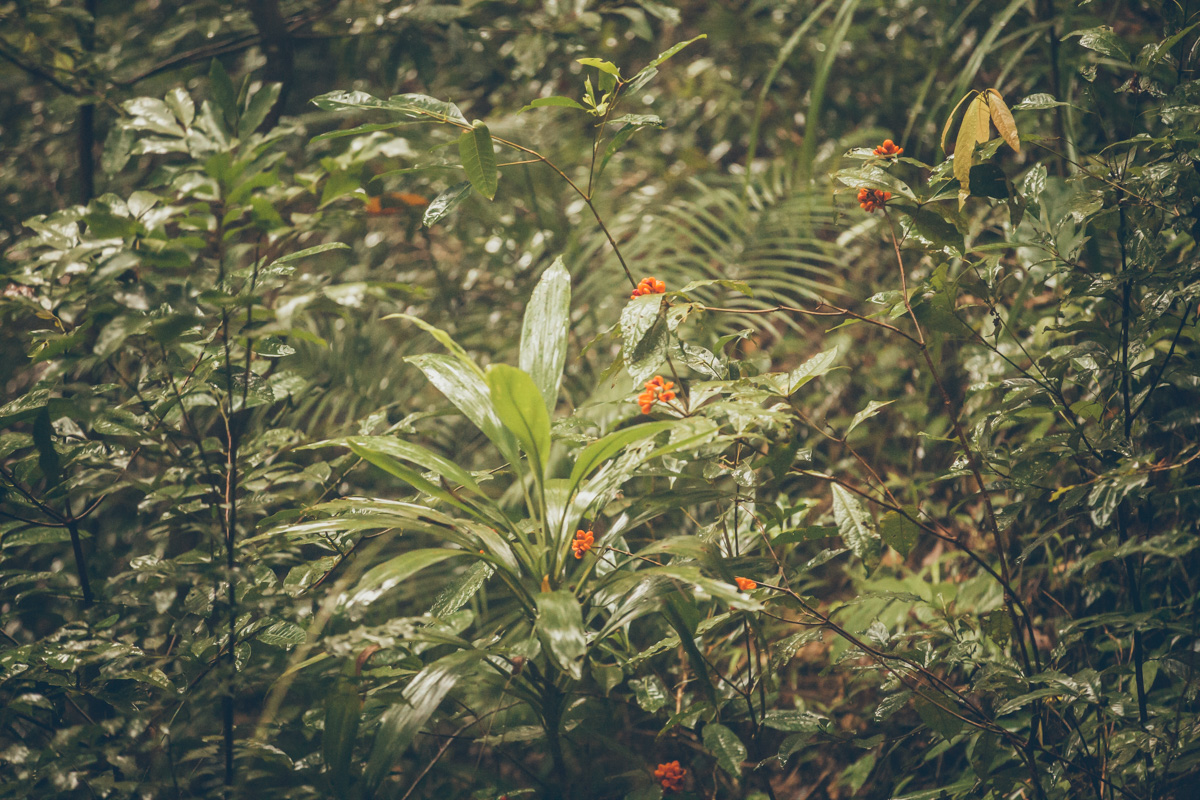 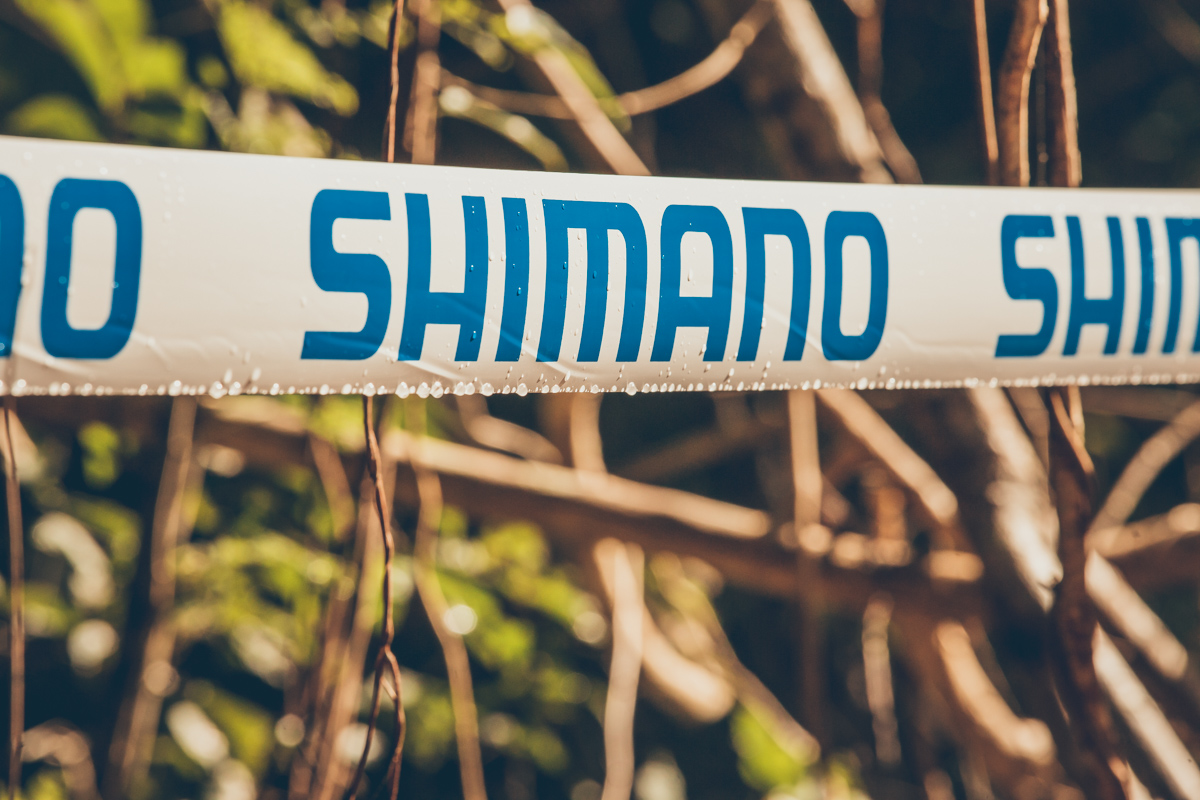 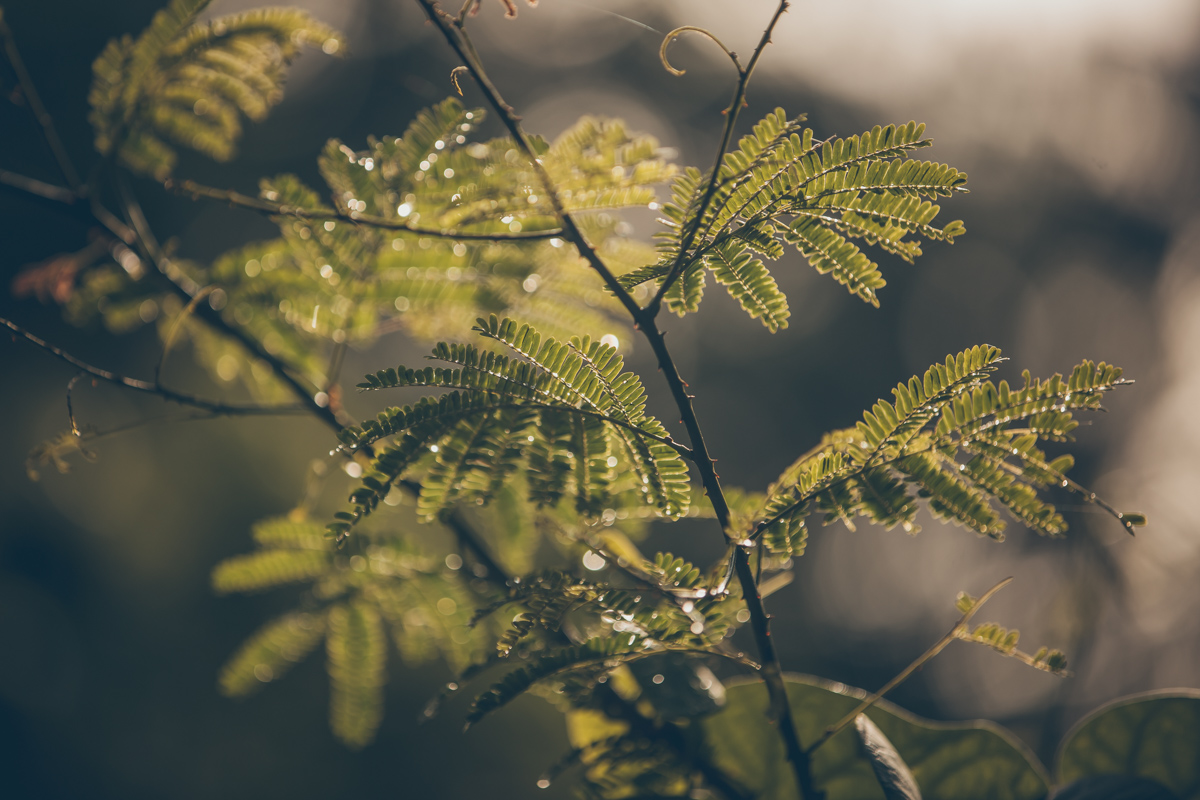 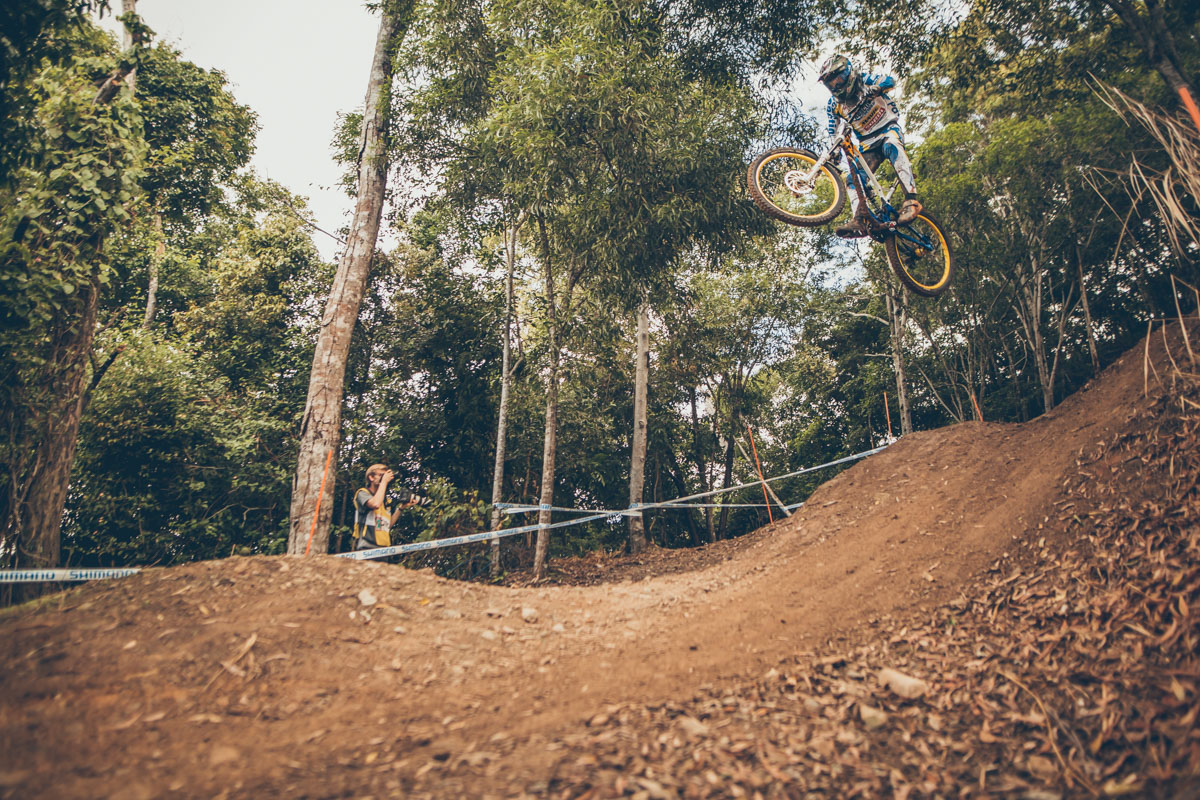 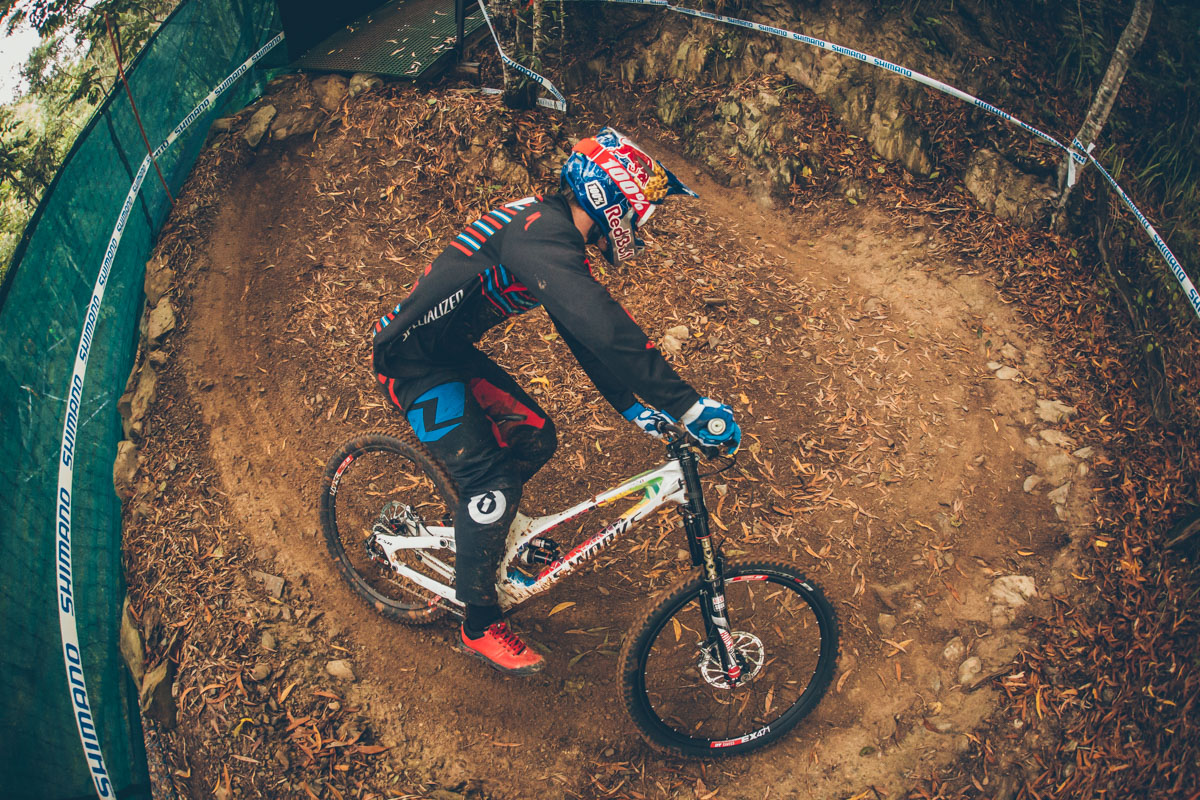 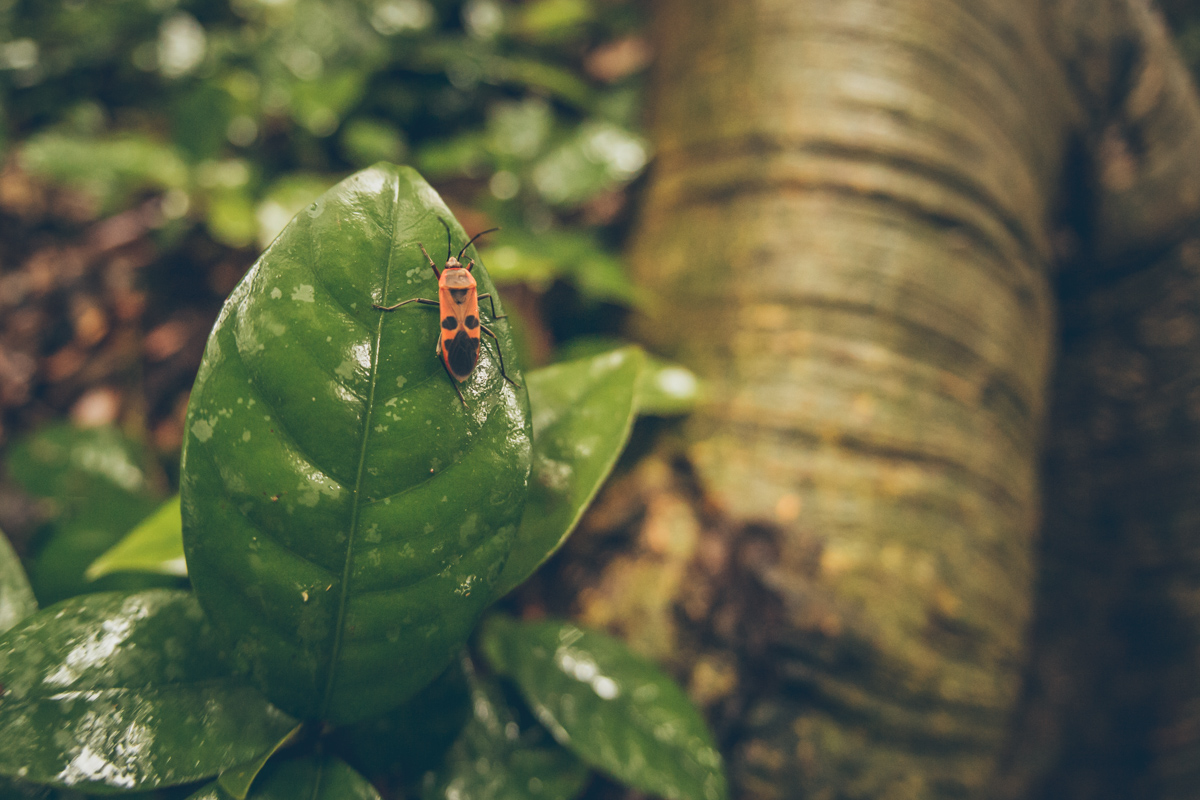 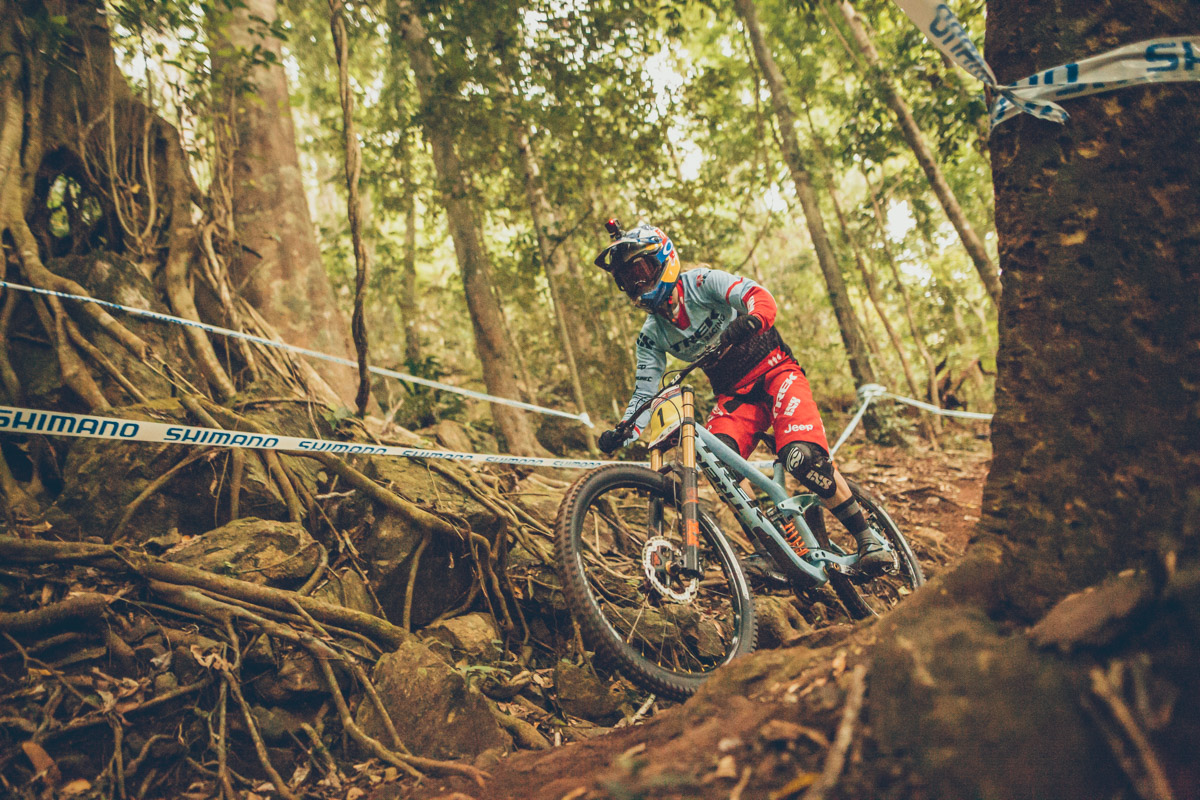 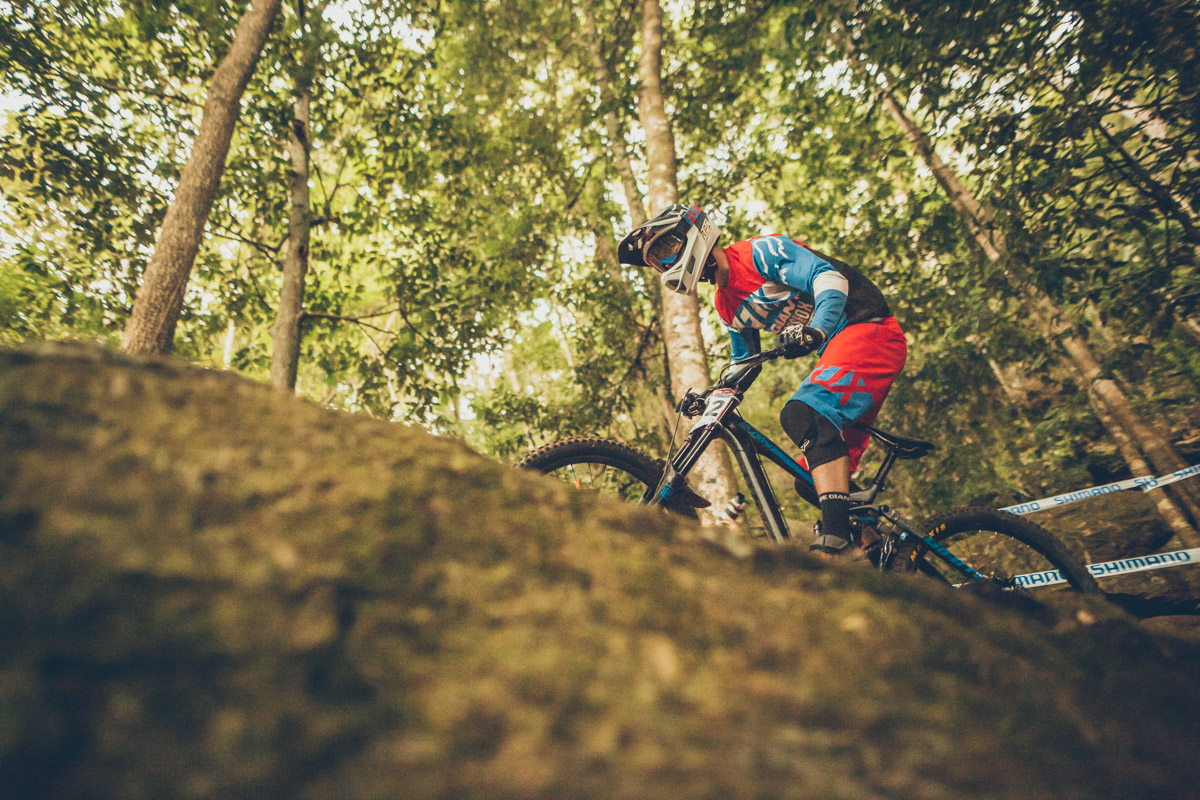 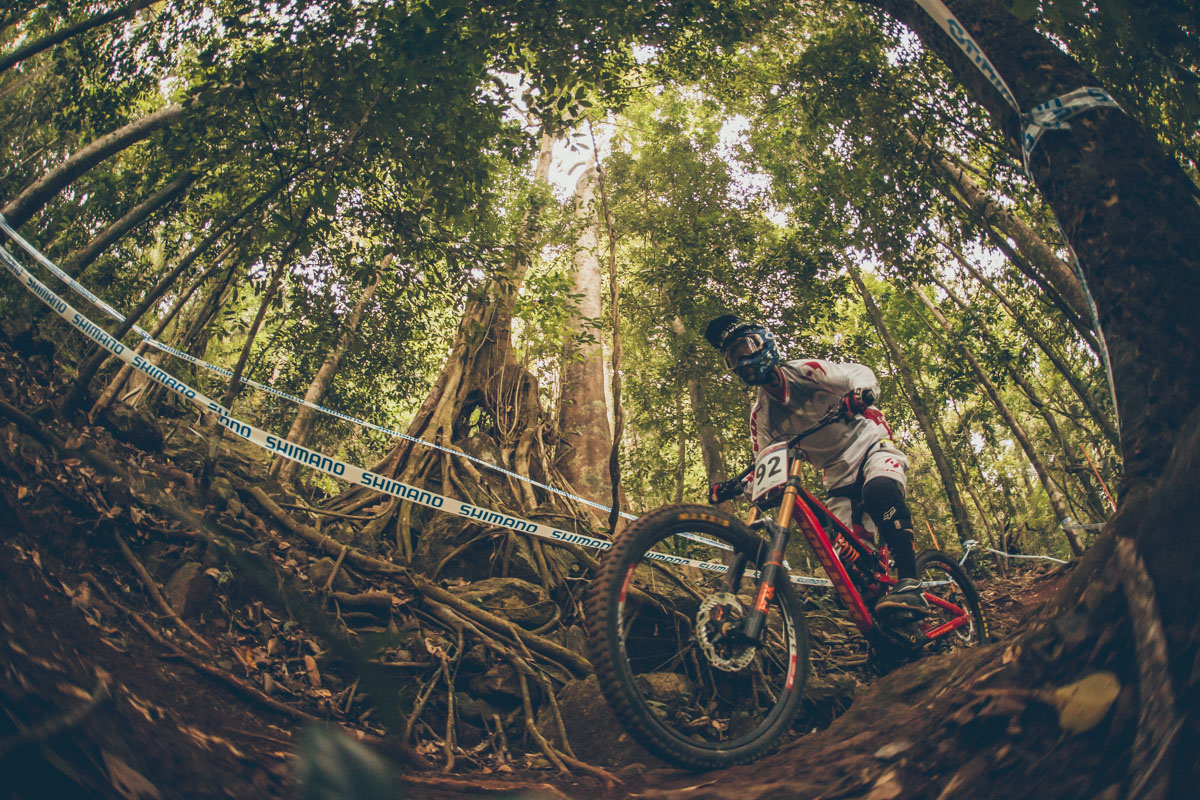 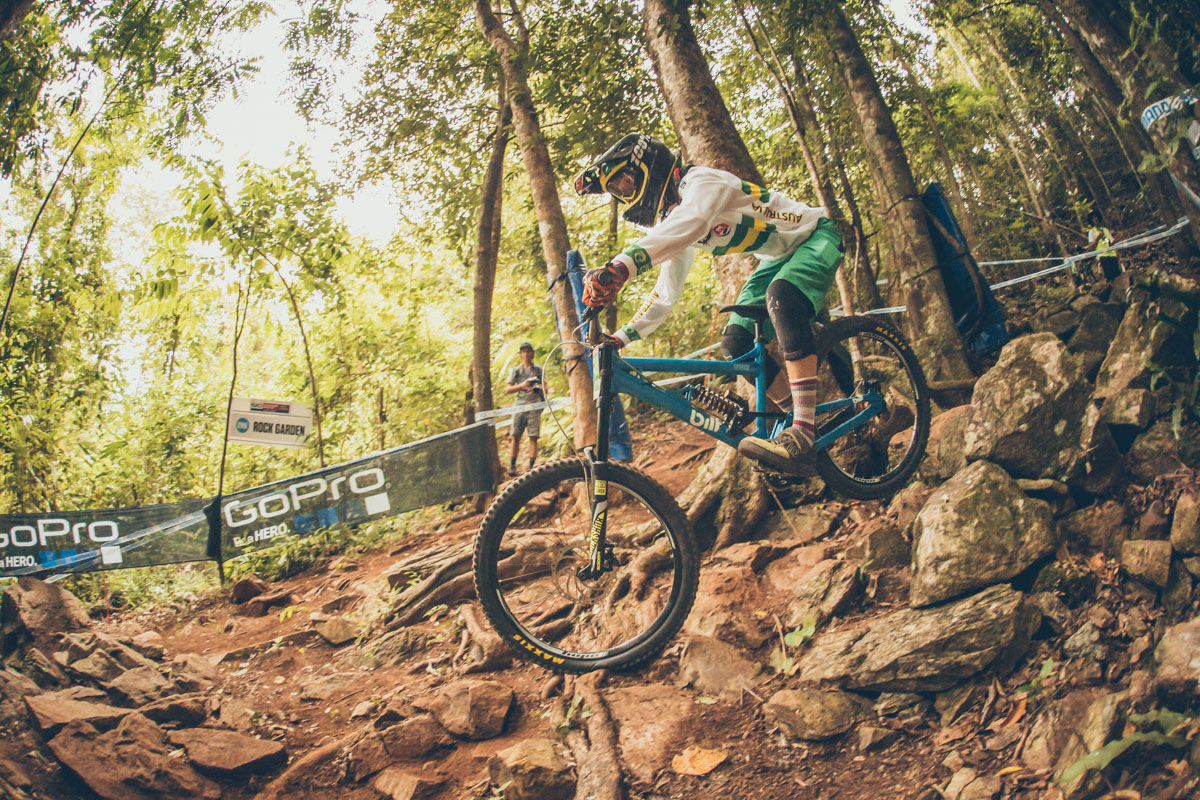 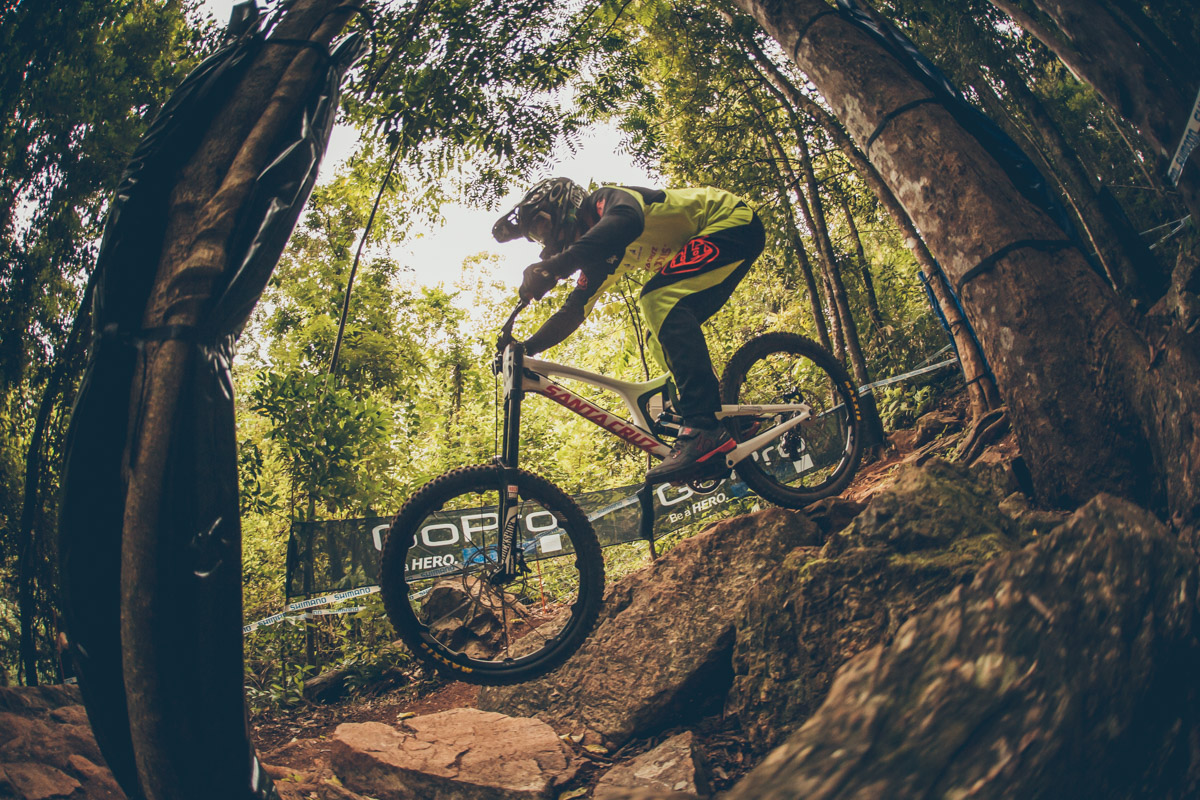 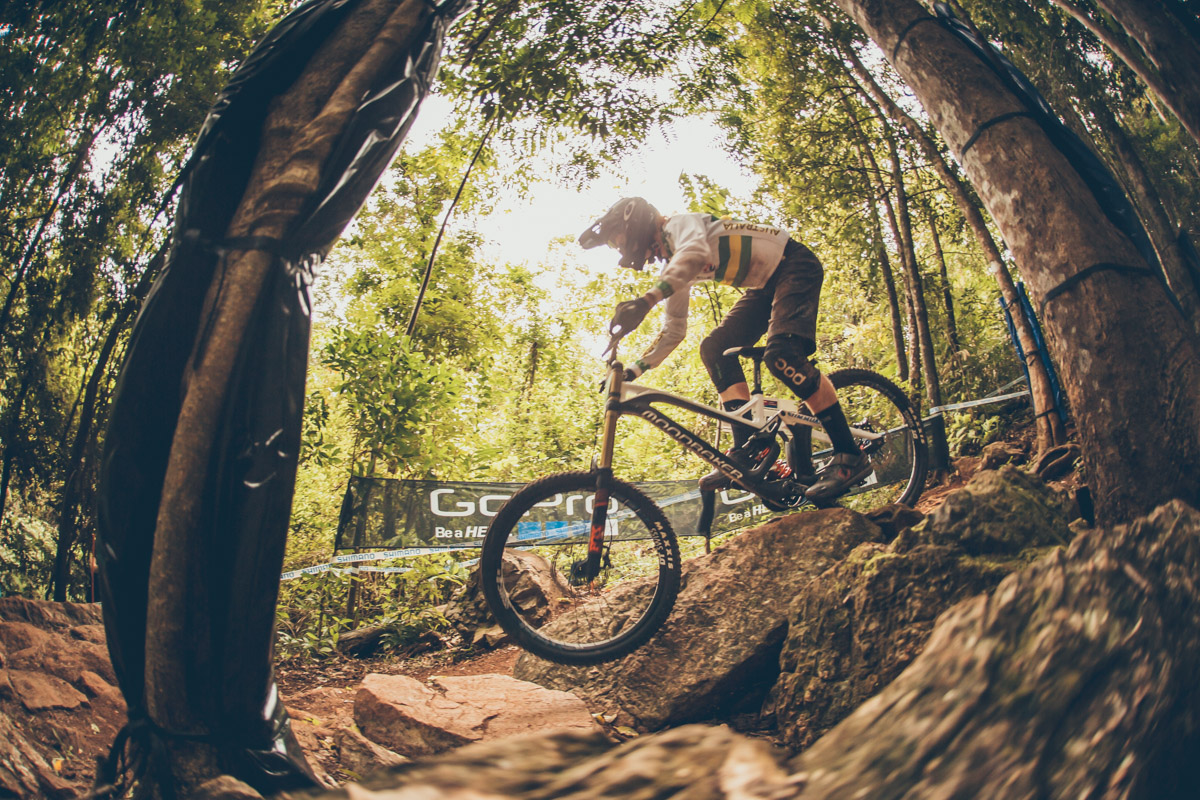 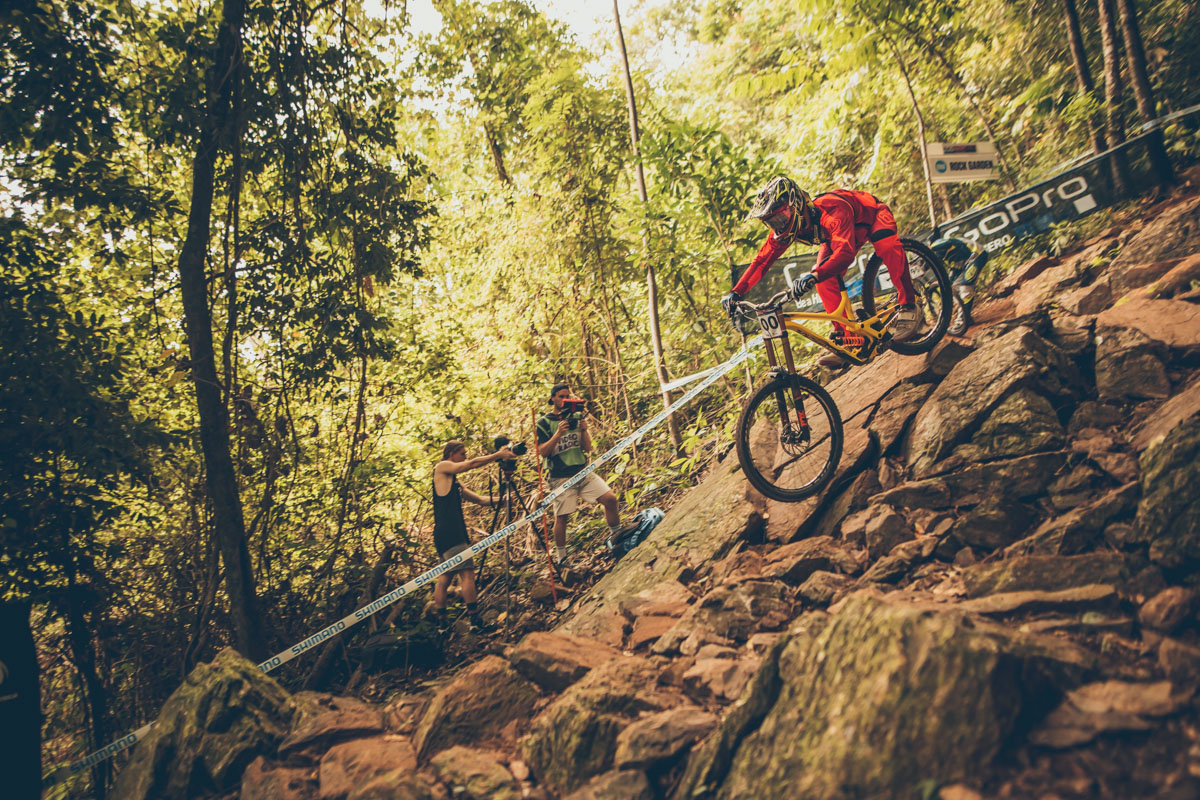