Crankworx isn't all about teenage Canadian rubber people doing flips. In fact, the downhill is the centrepiece of the event for many, and today saw some of the world's fastest riders take to the slopes of Mount Ngongotaha.

The field for the Crankworx Rotorua downhill race wasn’t far shy of that you’d find at World Cup; the Athertons (Gee and Rachel), the Hannahs (Mick and Tracey), Hill, Bruni, Blenkinsop, MacDonald, and they weren’t hanging about either. In many ways, it was a good preview for the upcoming season, which gets kicked off in France in just two weeks.

The course was largely the same as was used for the World Champs back in 2006, and it was interesting to see how much the riders still loved it, it’s clearly aged well. Rain which was forecast failed to materialise, and conditions were about as perfect as you can imagine come race time. Rotorua’s famed dirt is some of the most magical stuff you can ride on, and it was at its most luscious this afternoon.

In the women’s racing, the battle was really between two riders; Rachel Atherton and Tracy Hannah, and they finished in that order. The huge gap back to third highlighted the fact these two women are in a different league, and we’re looking forward to seeing them battle it out throughout the year.

The men’s racing could have been won by a dozen different riders, and the hot money was on the Kiwis – Blenkinsop, Brannigan, MacDonald and the Masters brothers were all favourites. But the Frenchman, a young Loic Bruni, crashed the party in a big way. He smoked the field by two and a half seconds, ahead of an ecstatic Eliot Jackson, with Blenkinsop in third. Powerhouses Hill and Atherton were both well back, along with Mick Hannah (the last rider on the hill) who can’t get a break, picking up a front flat.

Today was also the last practice session ahead of the Giant Toa Enduro, which kicks off early tomorrow morning. Stages 4 and 5 treated riders to yet more incredibly slippery roots and greasy mud, but the field must be getting well accustomed to it by now, as there was a lot less crashing and fewer concerned faces than we’d seen in Stage 1 practice! A few course modifications announced yesterday also removed some of the tighter, slower trails as well, which was greeted with praise. We’re really excited to see how it all pans out tomorrow in the dark forests of Rotorua.

Practice also got underway for the slopestyle as well. Set amongst the massive pines, the word from the riders is that they’re loving the course, and while they were all really just feeling out the size and shape of the jumps today, the forgiving Rotorua dirt is likely to encourage some truly rowdy riding come Sunday.

As if the day wasn’t already jam-packed enough, things were capped off with the Pump Track Challenge, which was held under lights after being postponed yesterday afternoon. The head-to-head format is a winner, and while local favourite Keegan Wright was edged out by veteran racer Joost Wichman, it was a great way to cap off a huge Friday of racing. 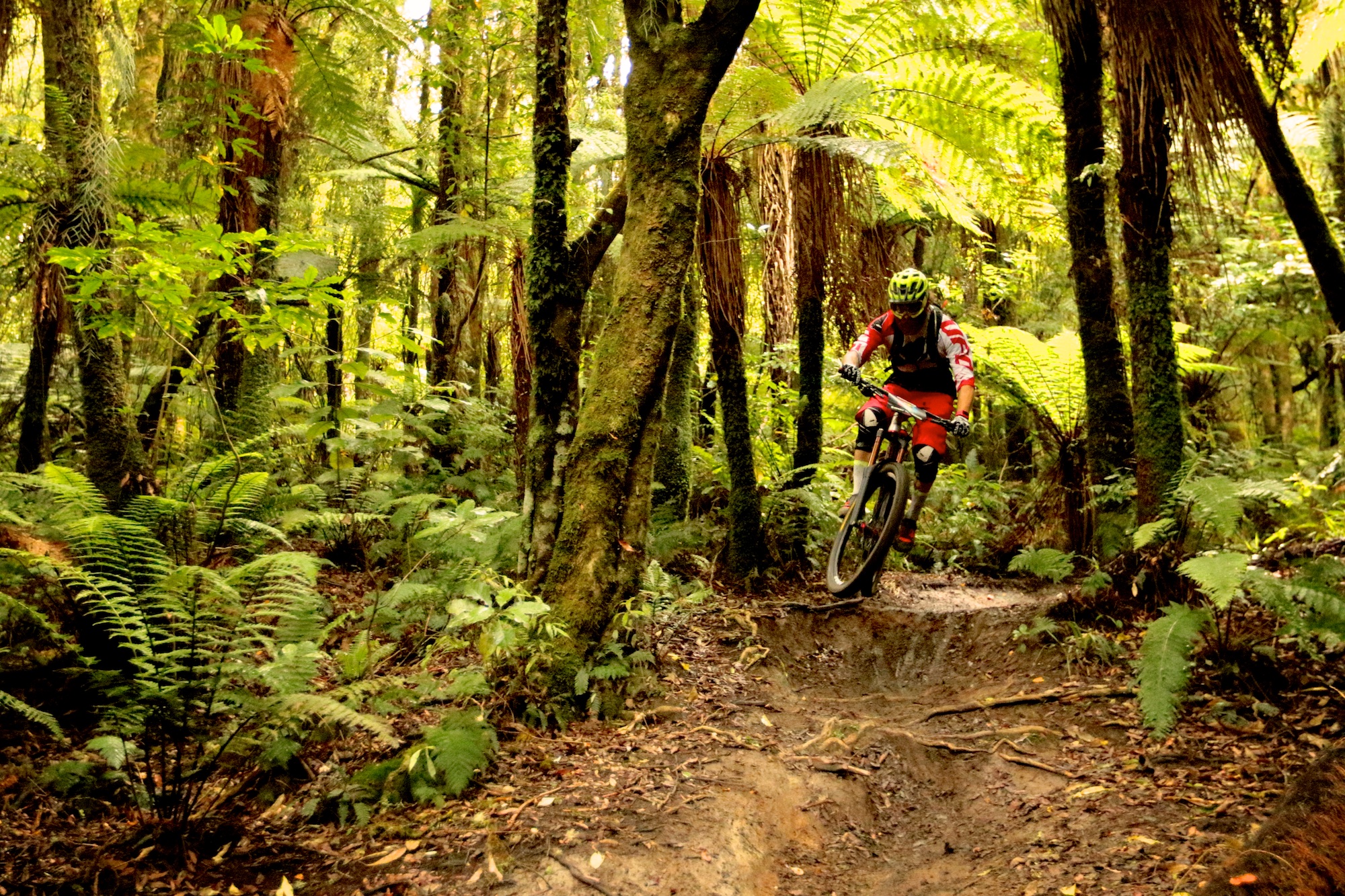 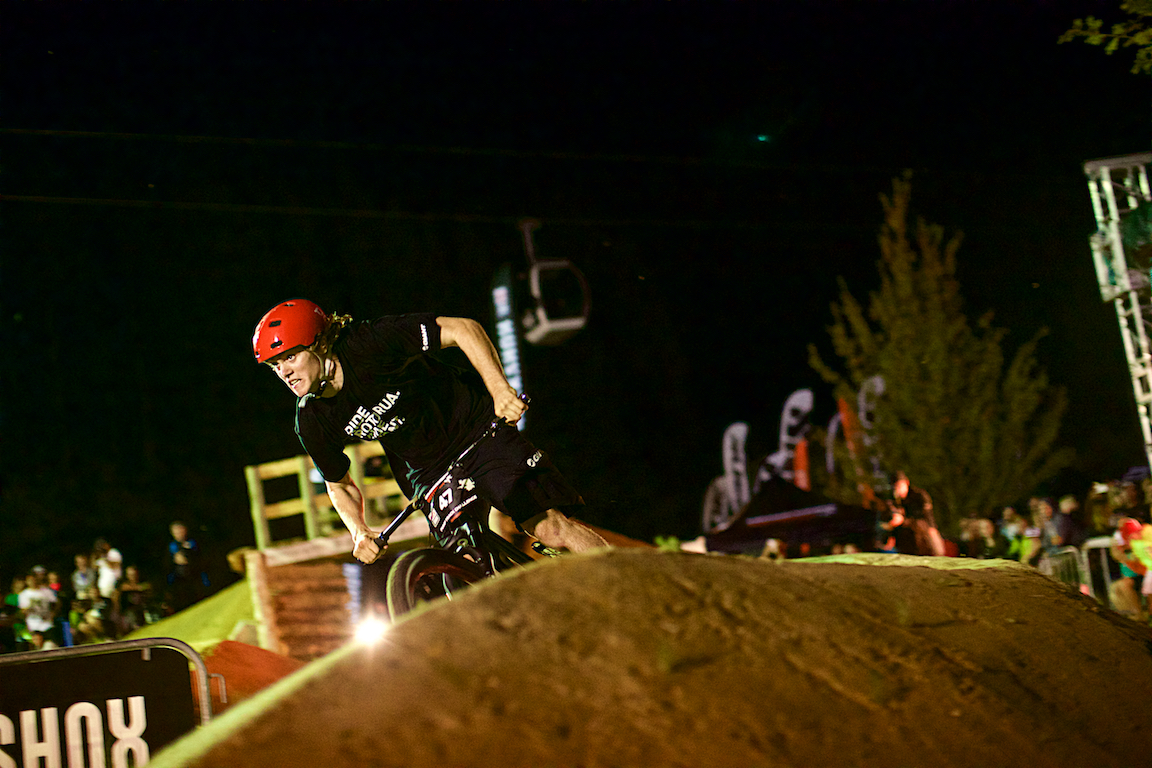 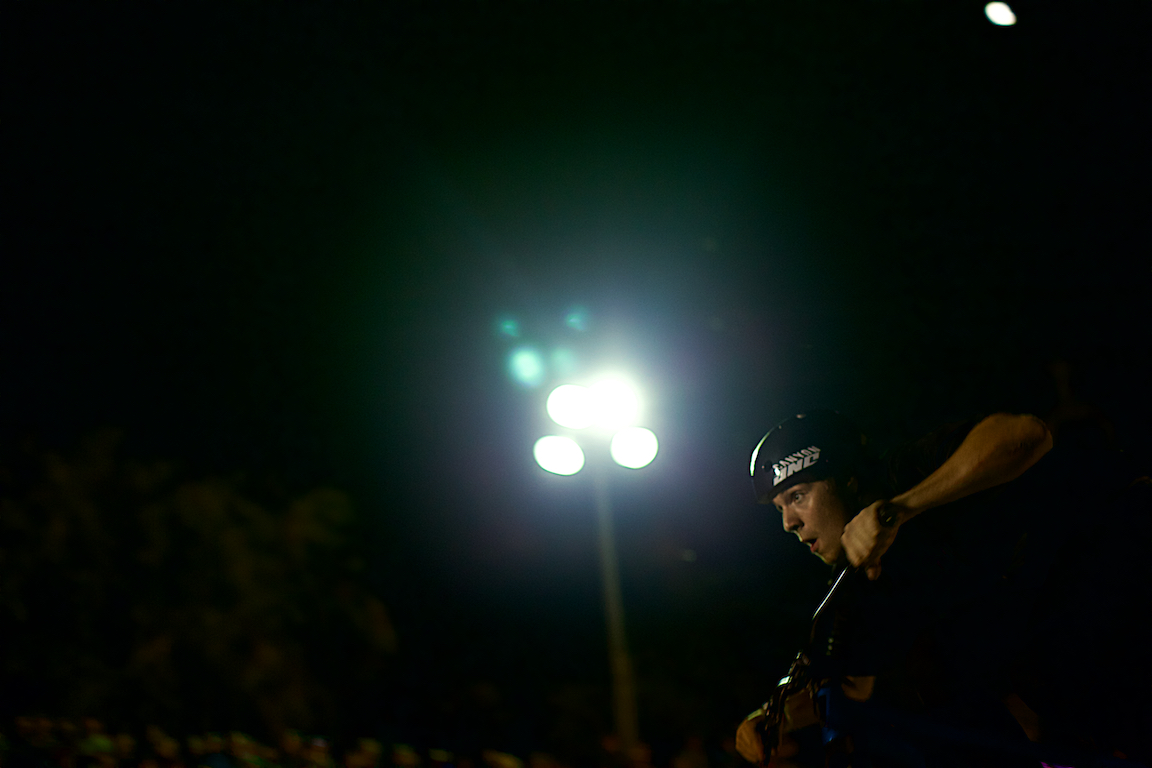 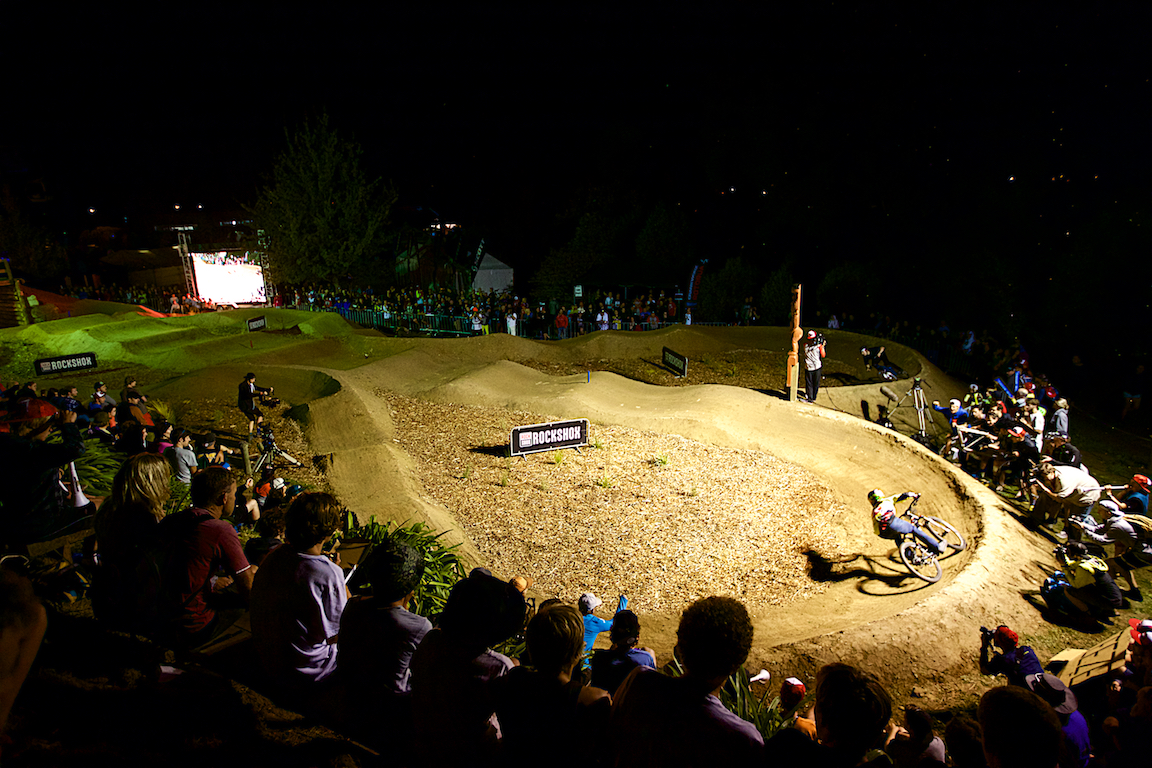 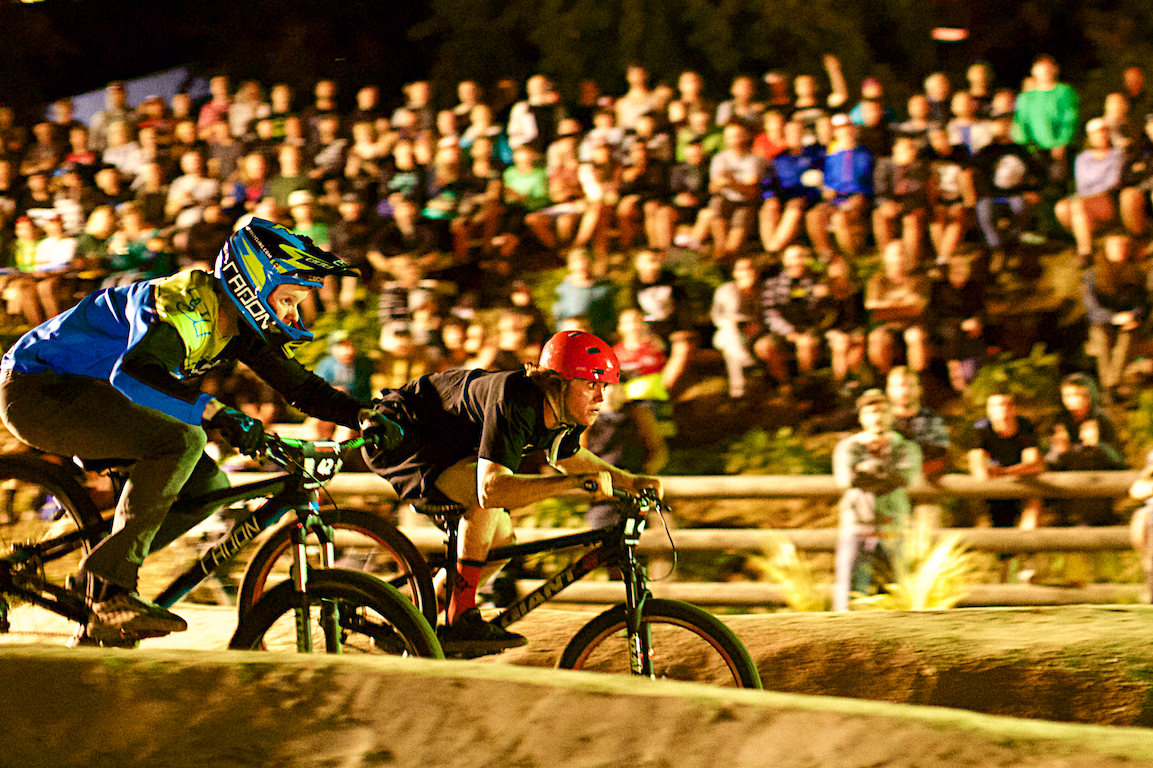 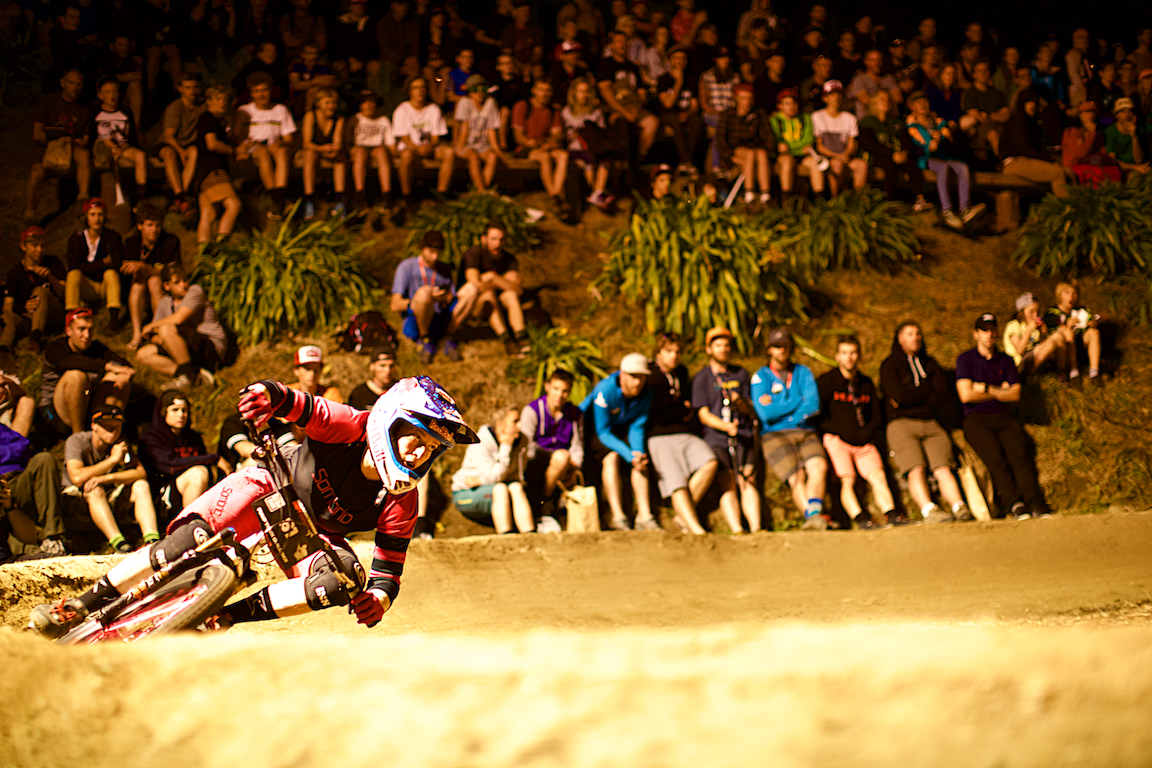 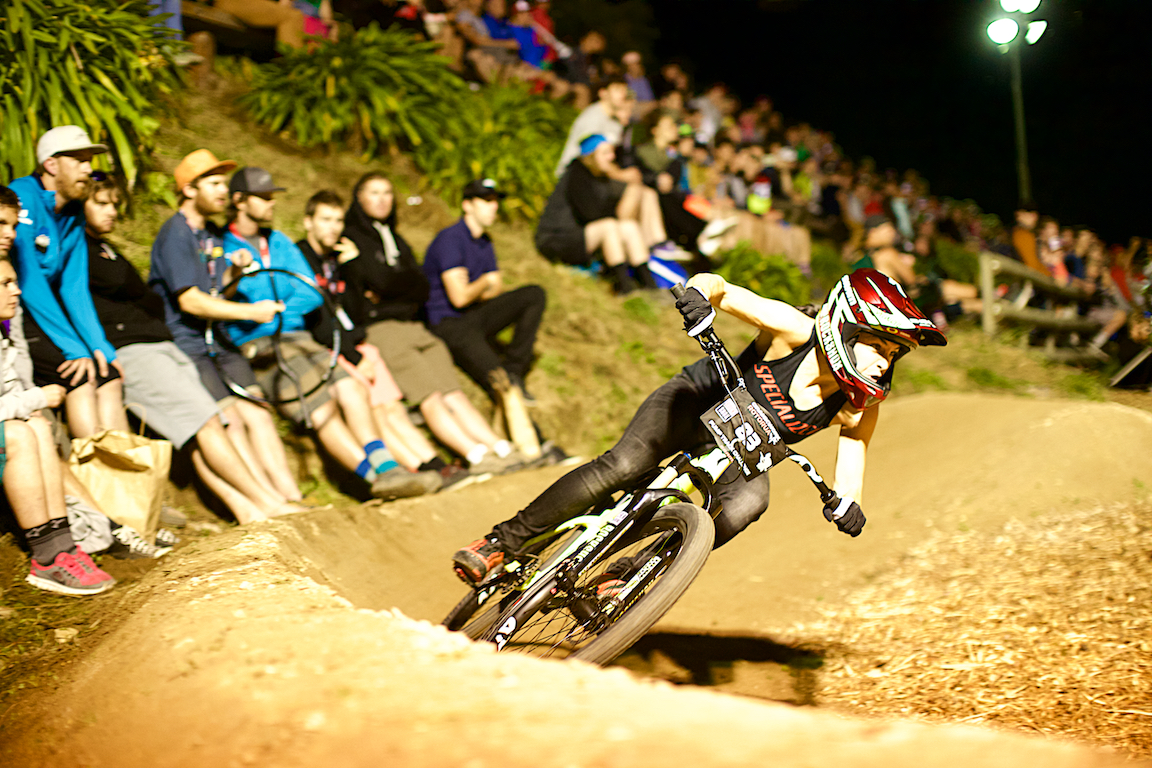 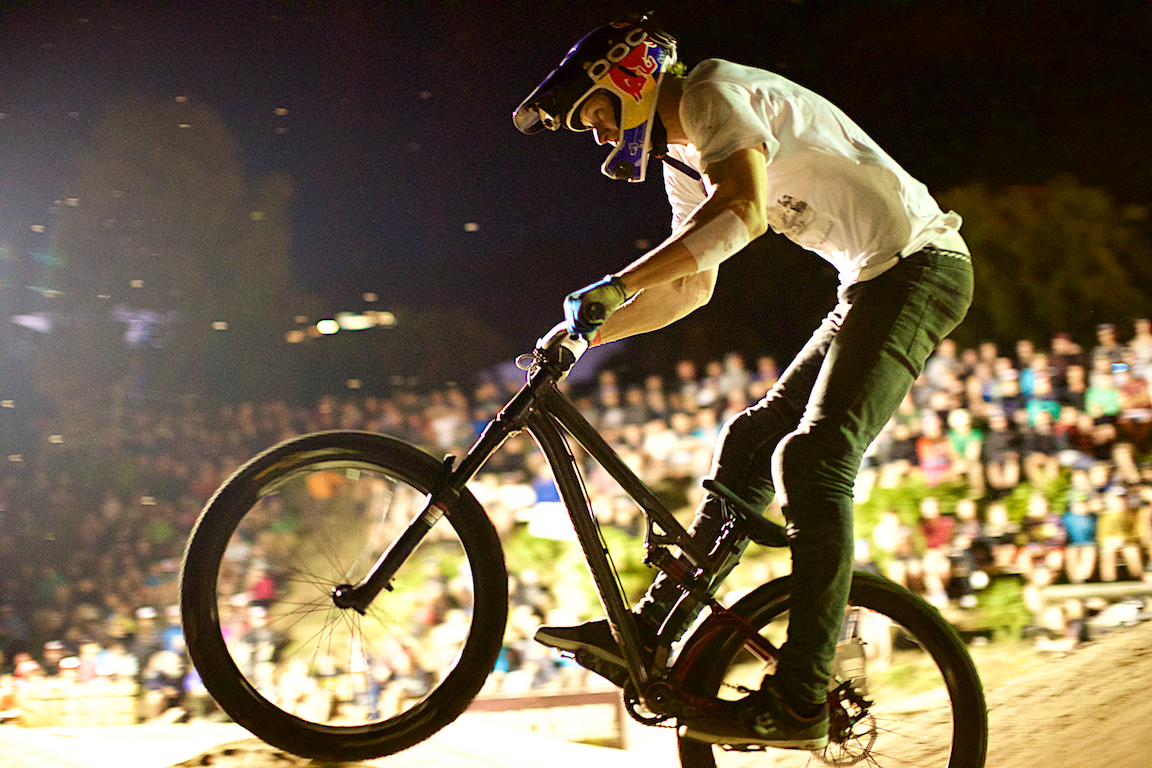 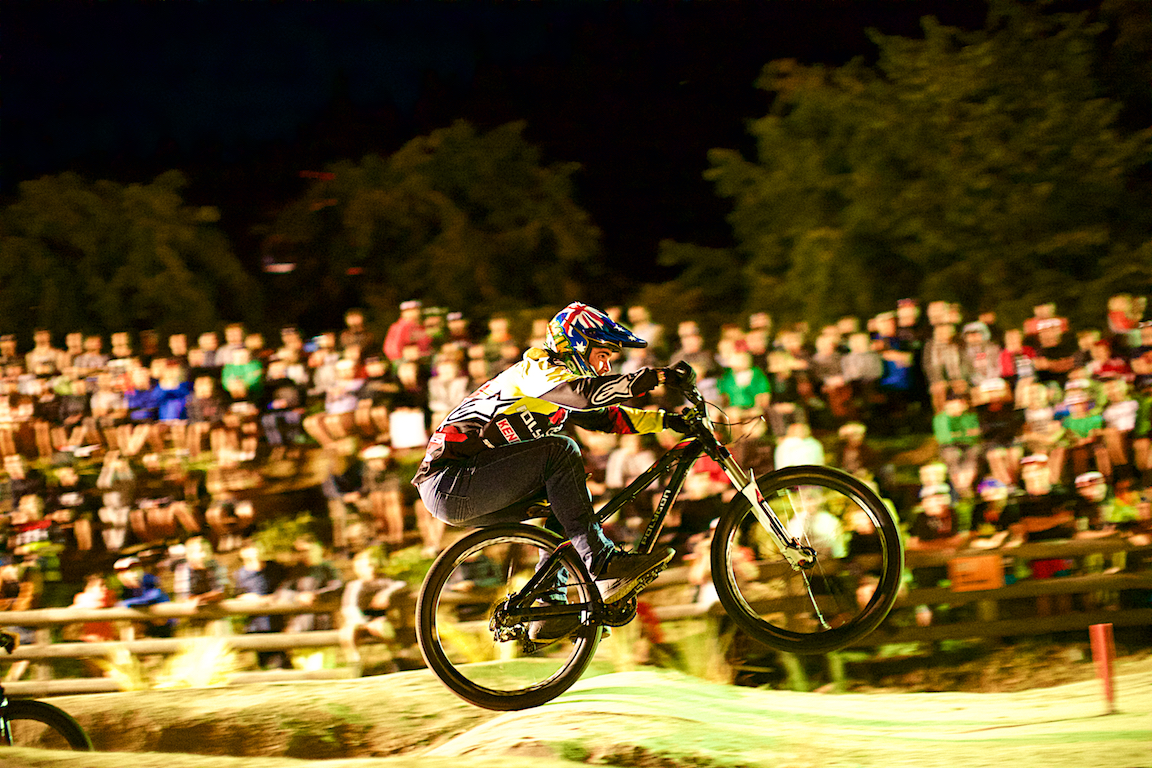 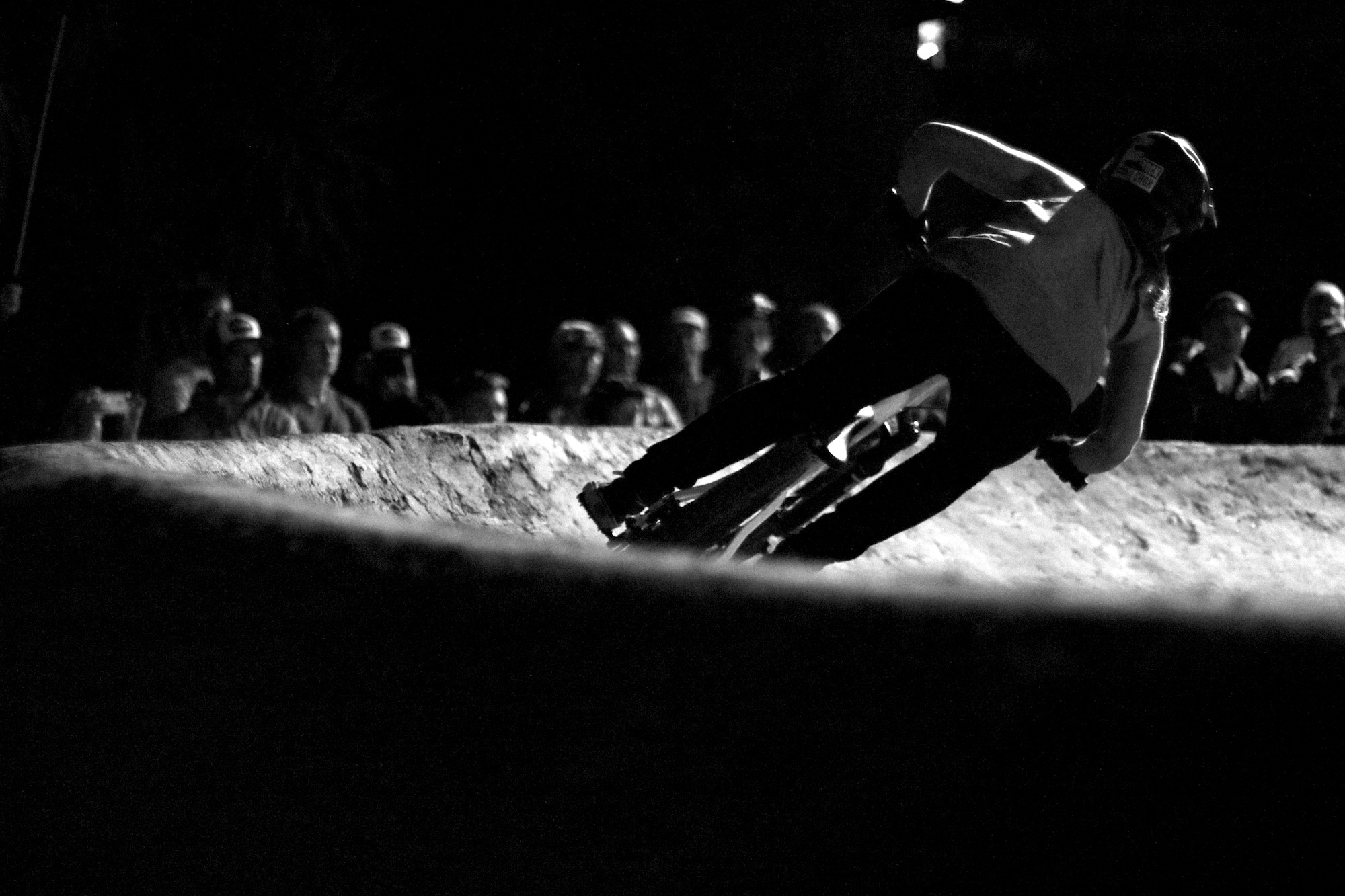 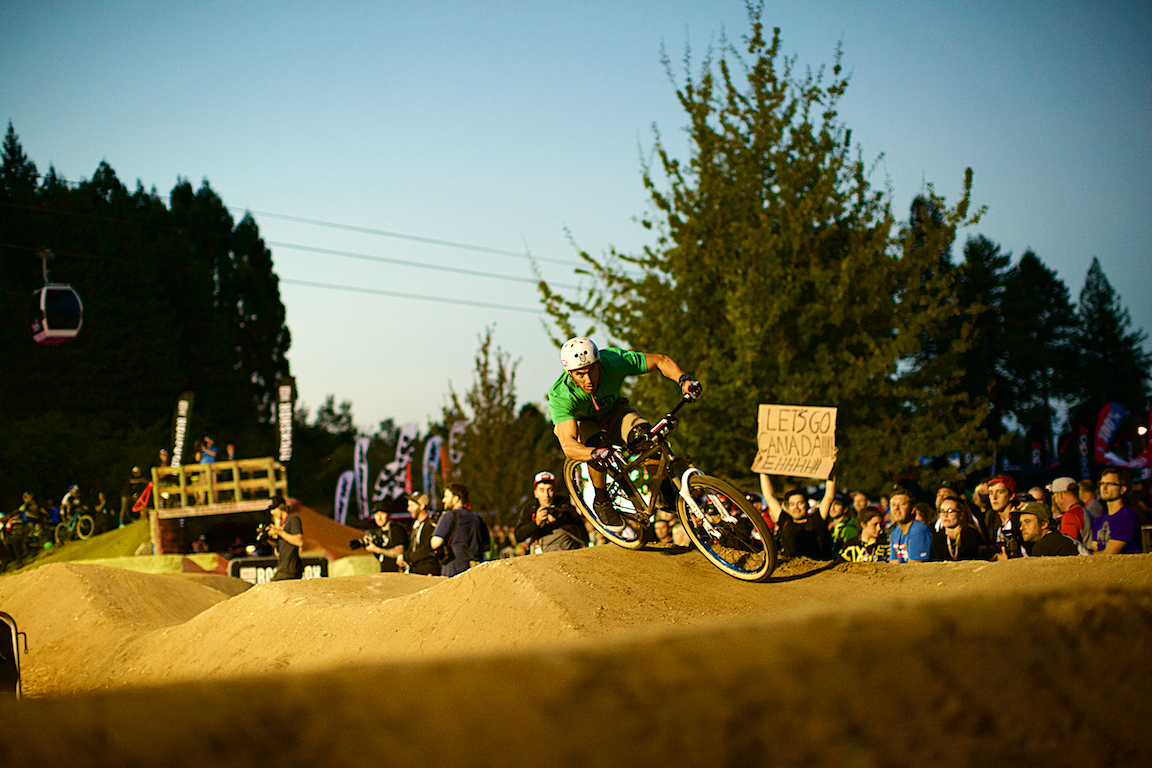 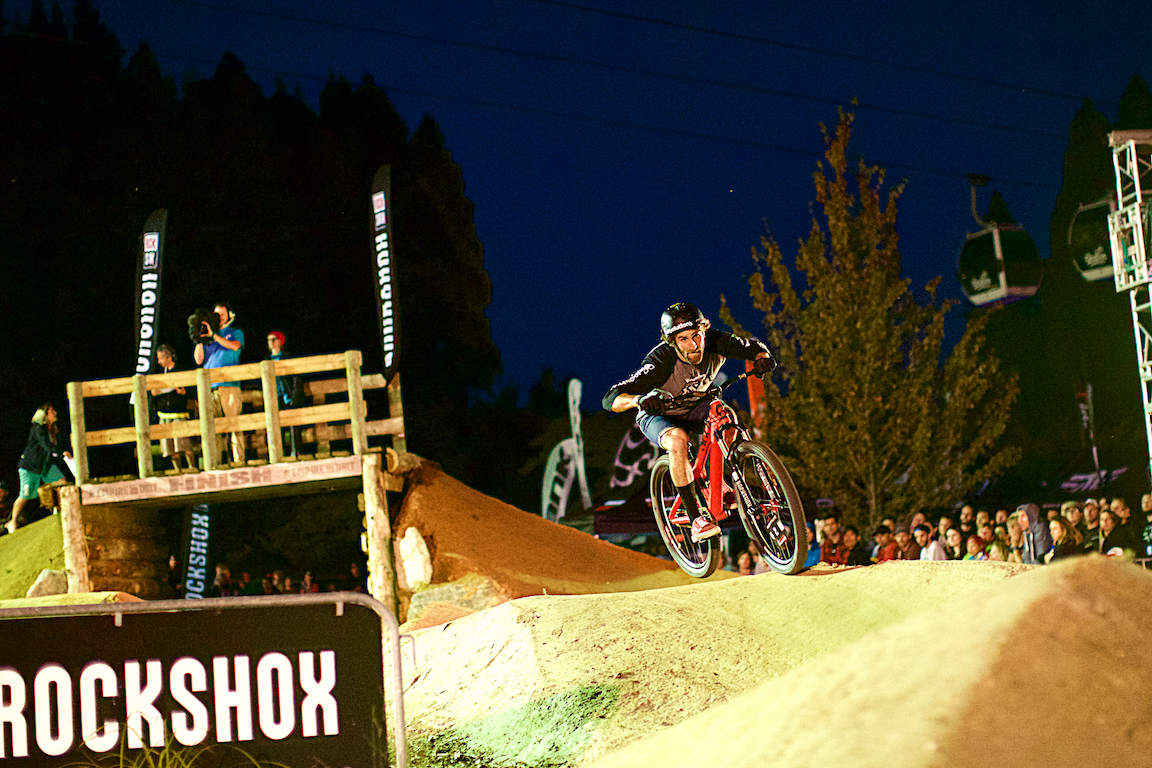 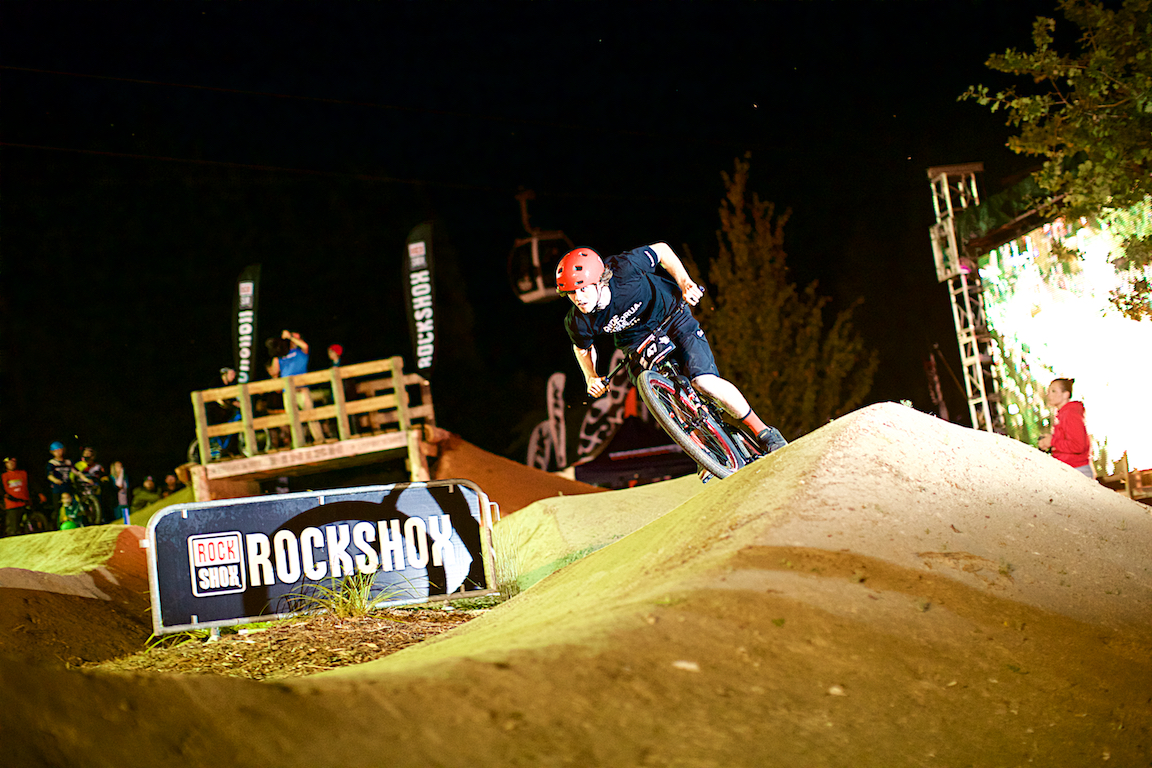 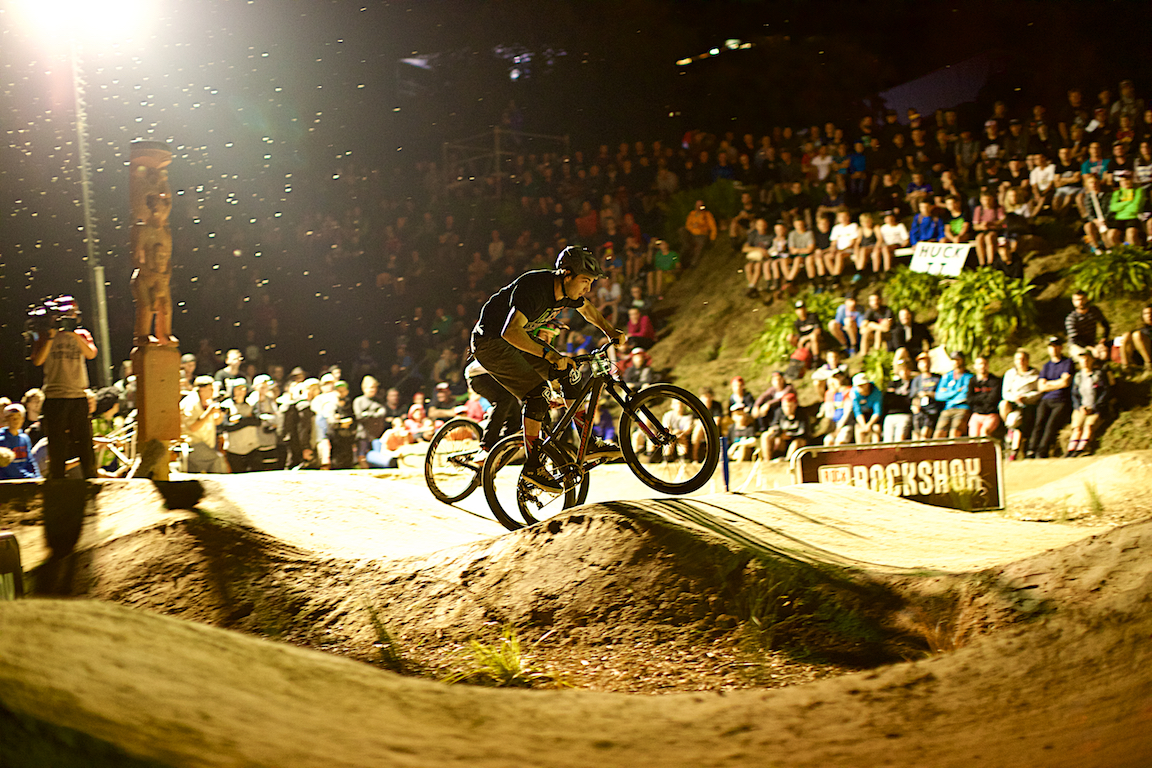 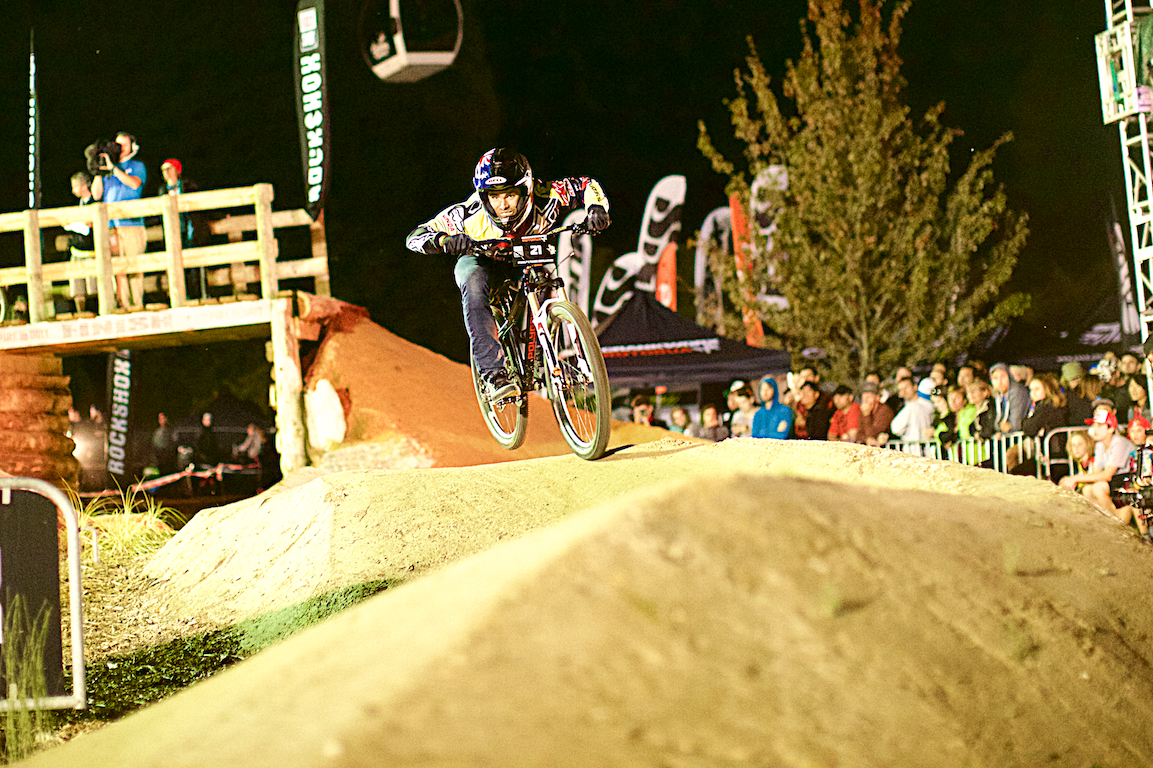