1300 riders, and growing, the Cape to Cape in the Margaret River region in Western Australia is an absolute high point in the year. Participating in this event encompasses pretty much all of why we ride in the first place. With cameras in hand, we roamed the trails, cheered on the riders, and immersed ourselves into everything else that surrounds it. This is how it looked from our point of view.

The Cape to Cape is now in its 12th year. For those who’ve been a part of it would know why it’s outlasted many mountain bike events in Australia, and for those that haven’t take a look below. Now the oldest and largest Australian round of the Epic Series events consisting of the Port to Port in Newcastle, Reef to Reef in Cairns, The Pioneer in New Zealand, Swiss Epic and the high-profile Cape Epic in South Africa.

C2C is a momentous event and never ceases to amaze us at how many people make the annual pilgrimage way down the south-west of Western Australia, to the remote region of Margaret River for four days of riding and good times.

We’ve lost count of how many Cape to Capes we’ve been to, we came away from this year’s event feeling damn good about this particular one. The perfect weather and trail conditions helped, but it was the vibe and atmosphere that made it for us this year, meeting new people, seeing more of the region and watching the great racing unfold.

It’s four days of racing on a wide variety of trails. One day may suit you in particular, or your partner or the rider that you beat the day before. It’s a chance to ride with your partner in the pairs category or take it on solo. It’s an event with plenty of support, the large event team with a great group of volunteers keep the show rolling, and it’s a very well-oiled machine.

Each day, the official proceedings wrap up around lunch – or before for the fast – and you’re left with hours to do whatever you want.

We spent our afternoons by the beach, swimming in the ocean, hanging at the brewery, chilling at the bike shop cafe, and riding the sweet trails close to town.

Below you’ll find a selection of our favourite images from the event, enjoy!

Where the Southern and Indian Oceans meet, and the Cape to Cape begins.

It feels like you’re dangling precariously off the edge of the continent down at Cape Leeuwin, it’s a highly dramatic place with the weather swirling around overhead and the oceans raging on either side of the narrow headland. If the weather is terrible, it’s double-terrible down at Cape Leeuwin, but on this particular day it was positively lovely!

Day one is a chance for the colossal field to stretch the legs and the order in which you finish will place you in the wave start groups for the second stage to spread the large field out nicely. It’s not hours of lush singletrack, that is coming up.

Riders would start the second day in waves, five minutes apart. As they darted their way towards the singletrack, trains of riders kicked up plumes of red dust, and the action was on.

This day has some of Margaret River’s most scenic trails, through the Booranup Forest under towering Karri trees. Below the soil is a delicious ochre colour, a perfect match for mountain bike tyres, so the turns are grippy and fast. 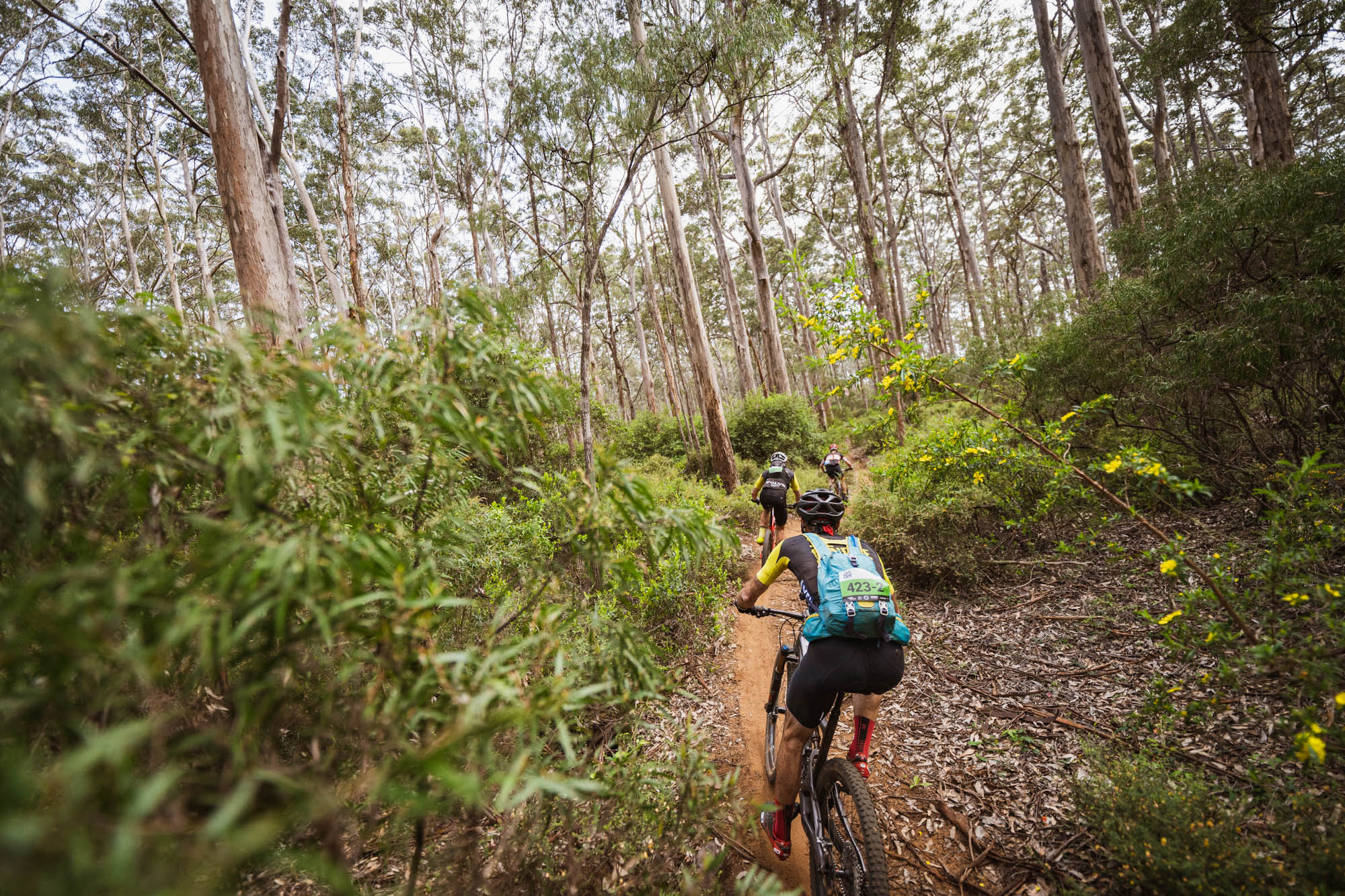 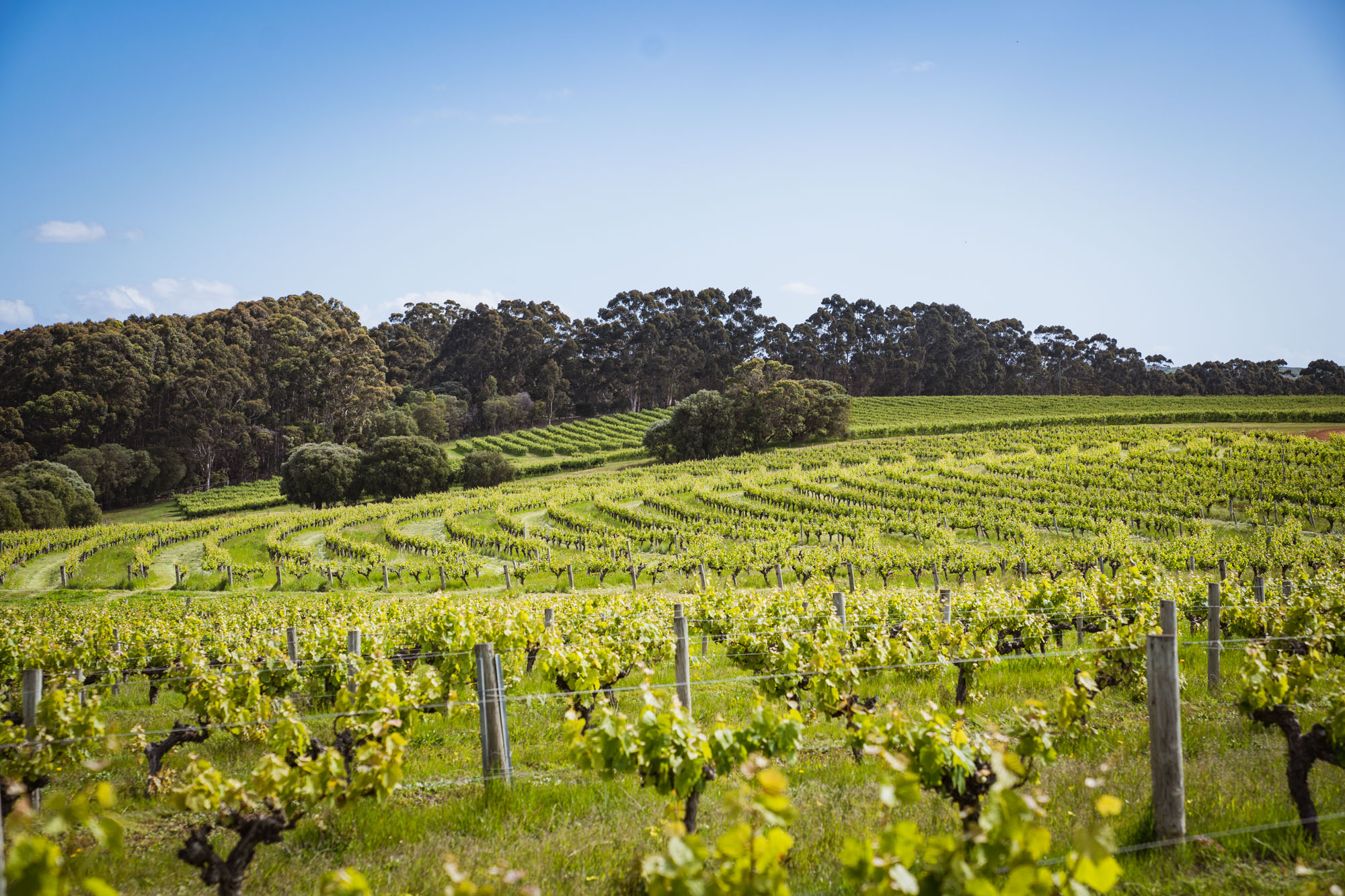 From the brewery to Middle Earth, and back.

Look, we’re big fans of breweries, we’re not going to lie. And Colonial Brewery is a particularly pleasant place to be, even without the beers. The lush grass, live music, fresh food and buzzing atmosphere makes it a hit for the riders and their support teams. Friday arvo, sorted!

From the brewery, riders flew through the farming roads out to Middle Earth, a singletrack haven built by locals, with a curiously unique landscape and wickedly fun trail features. 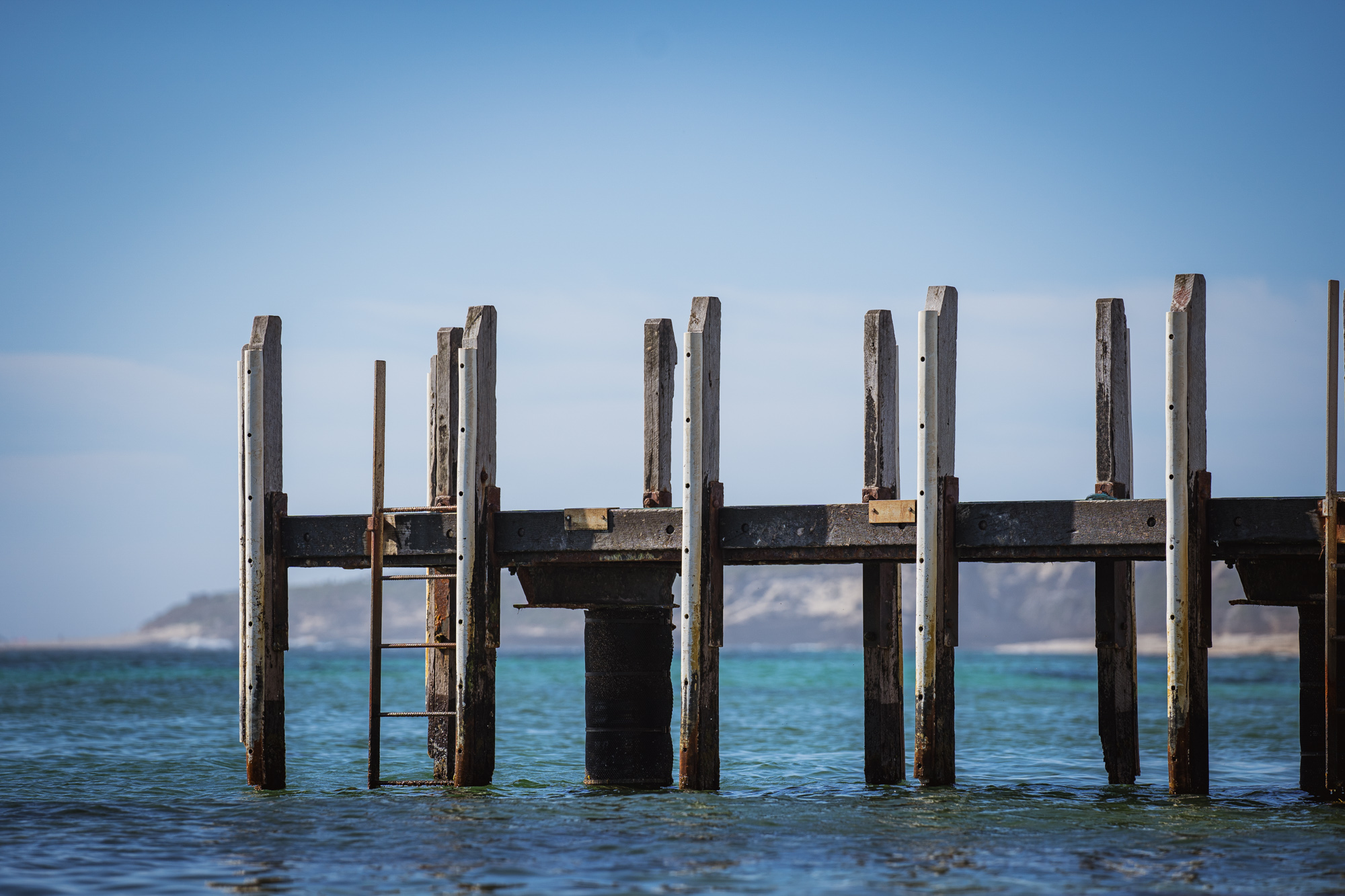 Line up, one more time. Singletrack delights, and gin and tonics.

Only a hop-skip and a jump from the centre of town, the fourth and final day left off from the Margaret River Distillery and took in all of the juicy singletrack that the town is known for.

From classic pine-forest singletrack to the playful zone Compartment Ten, it’s a day for the singletrack savvy to let the brakes off, boost jumps, rail turns and spend any energy left after four days of pedalling. 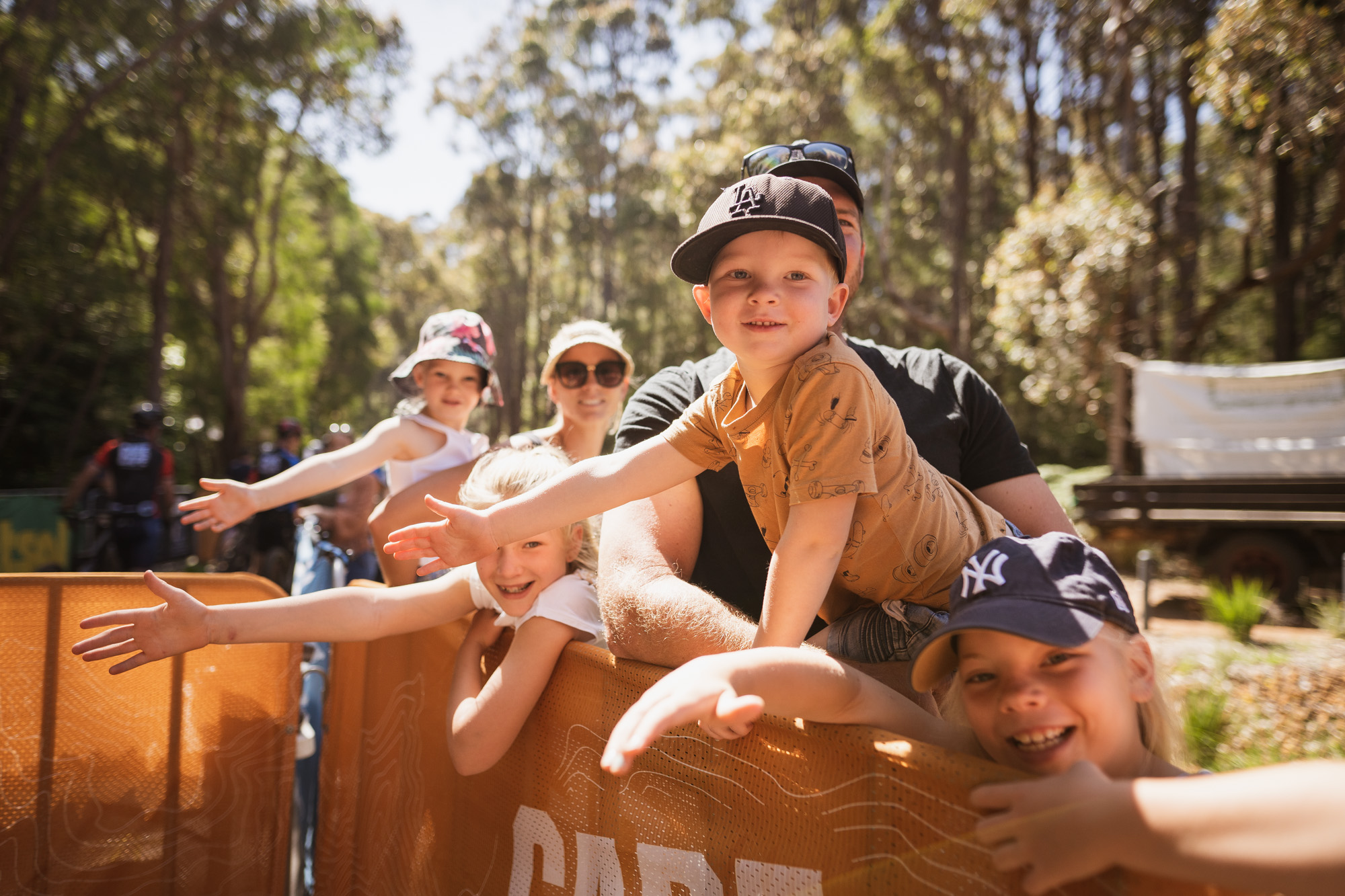 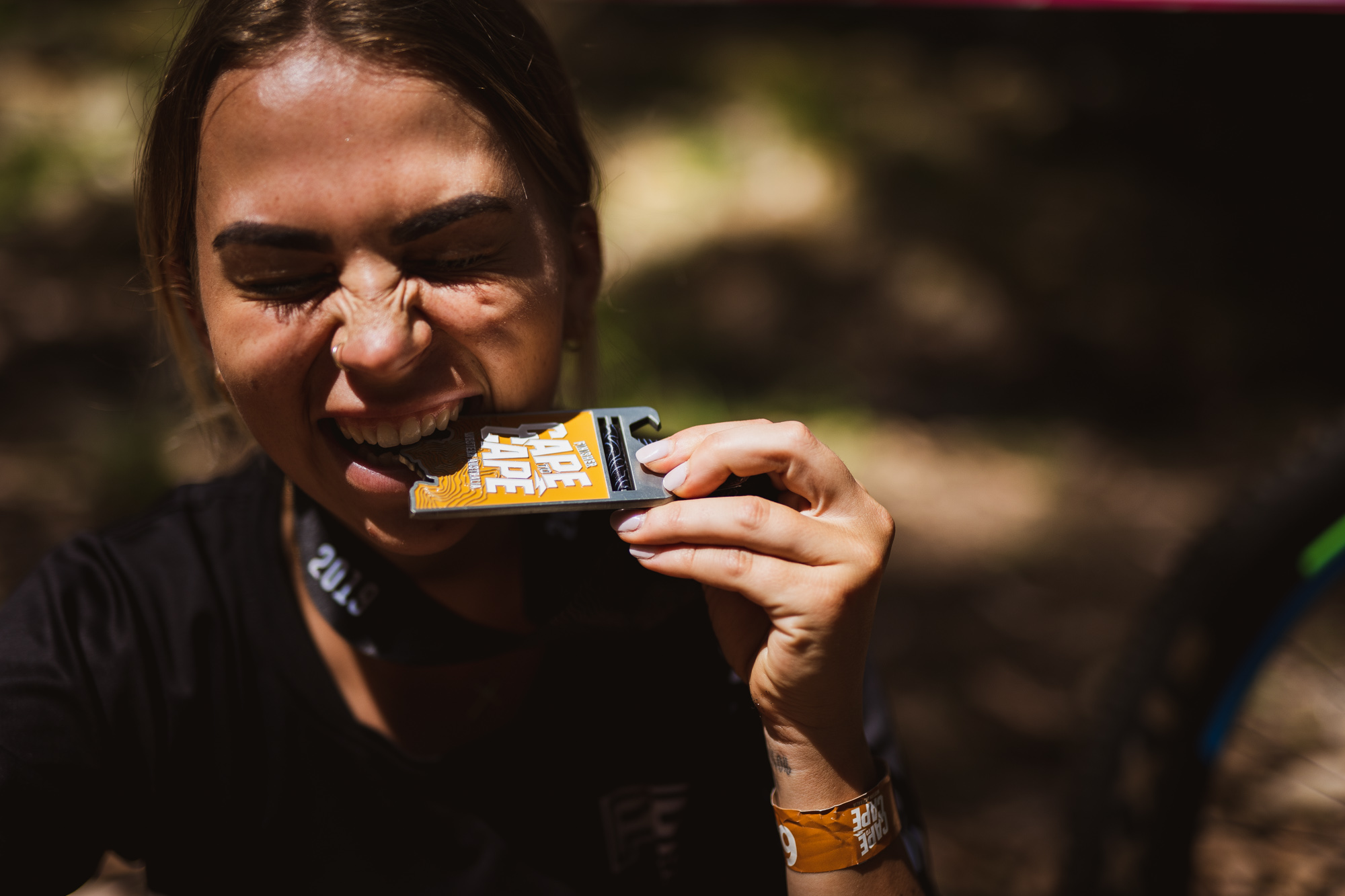 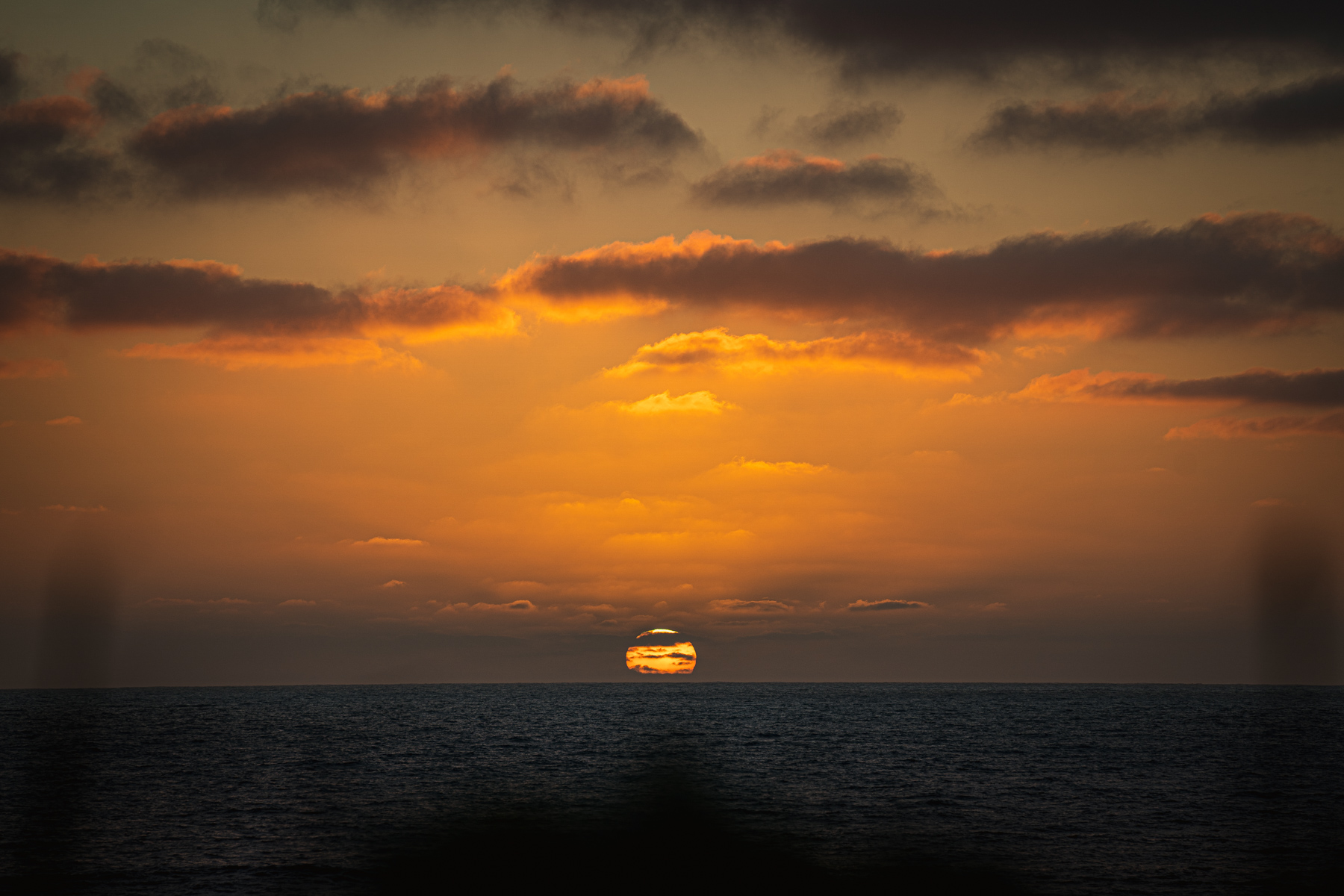