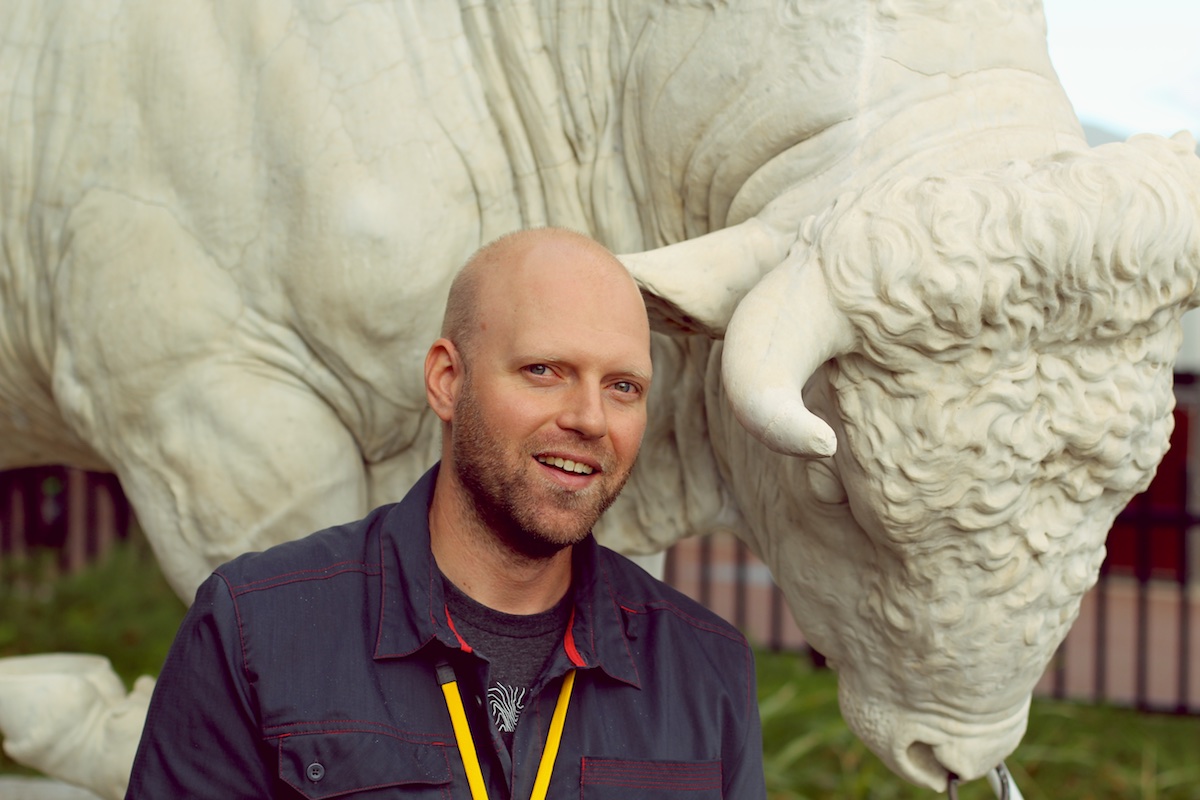 Name please! And where you’re from.

Nat Campbell, I’m the export sales manager for Scott Sports. I’m based in Switzerland, but I’m from the inner mountain region of the US – Colorado, Idaho, moved around the Rockies a bunch.

What do you miss most about that place?

Wide open trails with nobody on them! And I miss Mexican food. Though I look after the Latin-American market as well, so I get a chance to get my hit sometimes.

Do you like that raclette thing the Swiss do?

Oh man, fondue? You’d starve in Switzerland if you weren’t into cheese. If you’re not used to it it’ll crush you. Blockagé fromage we call it.

Now, tell us a little bit about the advent of 27.5+, from your perspective.

Sure. A lot of people are calling it a new standard, but I see it as an evolution and an adaptation of the frames that we had yesterday for the direction that everyone was going. Everybody I ride with has been going wider with their tyres, wider with their rims for years, going as wide as the frame would accept. And now with Boost and everything else, we can continue that evolution, and allow the use of a 2.8 or 3.0 inch tyre. We can really maximise those traction benefits people have been looking for.

But in terms of all the elements coming together that were needed for us to really test the concept, that all happened quite quickly and not that long ago, back at the end of last year, when forks finally became available.

From a consumer perspective, and a media perspective too, 27.5+ seemed to come about very quickly. When did it become a serious consideration for you?

Yeah, well it takes a lot things to come together to make it work. Before you can really put the concept to the test you need the forks, the tyres, the rims. I mean there was a bit of a buzz around plus-sized bikes last year at Interbike, but they were mainly rigid bikes and obviously that’s not what where the market is. But in terms of all the elements coming together that were needed for us to really test the concept, that all happened quite quickly and not that long ago, back at the end of last year, when forks finally became available. We got a fork from FOX and then it was like, ‘now here we go!’ and we could really test the concept out and make a call.

In terms of your first experiences, did you come to concept with much scepticism? How did it go for you?

I was really intrigued by the whole concept. I was thinking about it from the consumer standpoint too – would this allow a person to have a one-bike quiver? Could you run it with 27.5+ wheels for general trail riding, then have a set of lighter 29er wheels too? But then my first ride on it had a 30-minute climb in it, and what I found was that there really isn’t any extra rolling resistance compared to my usual bike, so the idea of having a second set of wheels blew out the window pretty quick. It’s just not necessary – there’s an imperceptible difference in rolling resistance. But then when you go downhill, there is just bowls of traction, huge amounts, lots of confidence.

Stock to stock though, the Genius Plus is a few hundred grams heavier than an equivalent Genius 29, so there’s not much in it.

On my personal bike, I would normally run a heavier casing tyre, so the Genius Plus actually saved weight for me overall. If you’re someone who usually runs heavier tyres for flat prevention, you’re going to save weight and get better flat prevention with a Plus sized tyre. Stock to stock though, with the standard tyres, the Genius Plus is a few hundred grams heavier than an equivalent Genius 29, so there’s not much in it.

In terms of adapting, it took a few rides to really get the tyre pressure right too, and I think that’s something that people are going to have to get their heads around. Too much pressure and you don’t get all the benefits. 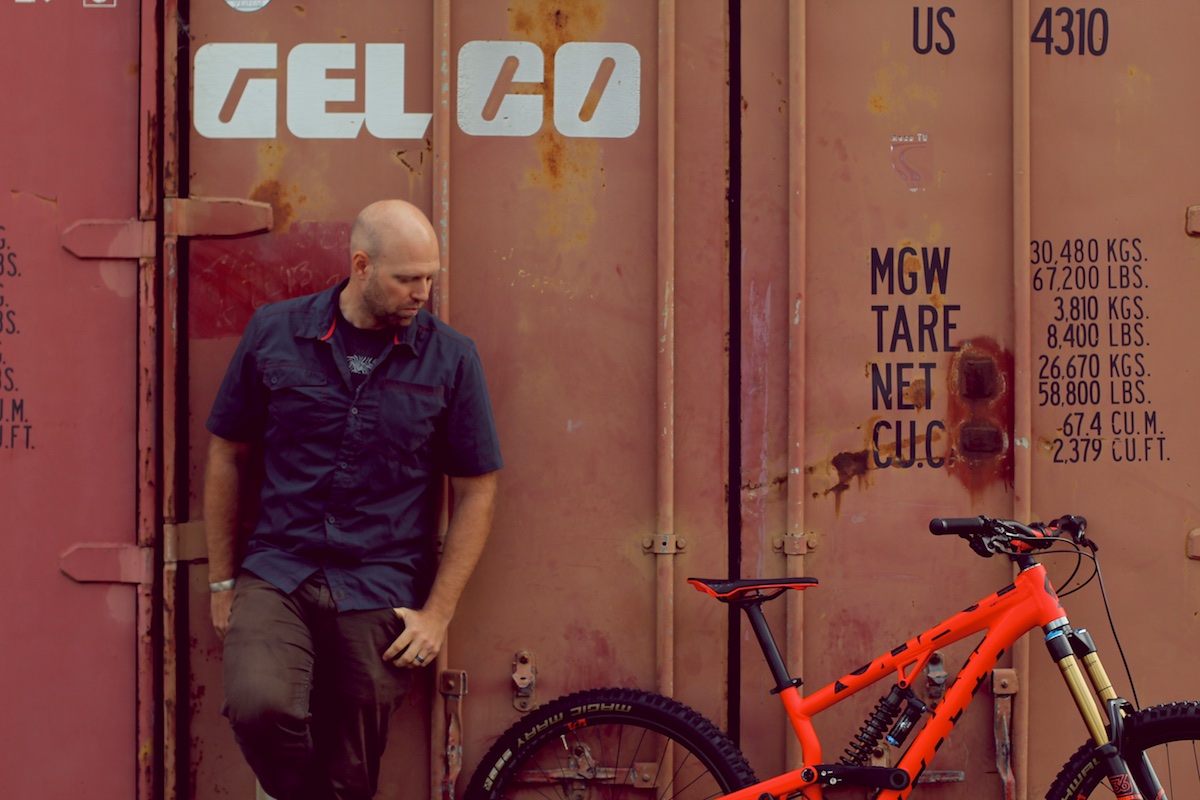 And you have the additional bounciness of a big un-damped air spring!

My wife was sold on the concept pretty quickly though too, which was interesting. On her first ride she was riding lines she’d never done before, just crushing it. She’d taken down a beast.

There’s definitely traction benefits, but then how light can you make the casing and still get away with it in downhill racing?There’s a lot of testing to go there.

Scott have two quite different 27.5+ bikes, with the Scale Plus hardtail and the Genius Plus. Do you see 27.5+ being adopted across the whole spectrum of bike categories, or just some areas?

On paper the Scale and Genius Plus are very different bikes, a hardtail and a 140mm trail bike. But the Scale Plus is definitely designed as a trail bike, even though it is a hardtail, it’s got a 120mm fork, it’s designed to be ridden aggressively. The way I see it, every bike, every tyre choice, every suspension choice – they all come with certain benefits and compromises. It’s about matching the options to your riding and your trails.

Can you see Plus-sized format going to downhill?

I mean it’s definitely being talked about by a few people, though perhaps not broadly yet. There’s a lot to be explored; what are the limits of the tyre? There’s definitely traction benefits, but then how light can you make the casing and still get away with it in downhill racing? What will the tyre weights be if there is a need to go to heavier casings? There’s a lot of testing to go there.

We hear a lot of people telling us that we don’t need this in mountain biking. Obviously we hear this a lot – anything new, we don’t need it – but particularly with 27.5+ because it seems to have come about in a real hurry, suddenly it’s everywhere. What would you say to people who say ‘we don’t need this’?

Maybe they don’t! But I would encourage them to try it. I haven’t talked to anyone who has ridden it who really knew what it’d be like when they first got on. Maybe they’ll love it, maybe they’ll want to stay with where they’re at, but you should try it first.