It's easy to love a mountain bike park, with its neatly finished berms, evenly-radiused turns and signposted trails. But sometimes you need something a little more raw, a little bit wild - you need a mountain bike adventure, not just a mountain bike ride. The third stop on our tour of the Cairns region was exactly that.

Inland from the immaculate paradise of Mission Beach lies the Gorrell Track. It’s an old road, forced through the jungle long ago, part of an effort to connect the tablelands to the coast, passing through some of the most densely vegetated slopes imaginable. It’s proper rainforest out there, the air is thick with moisture and dangling wait-a-while vines and massive snakes move silently amongst the moss and decaying wood of the forest floor. 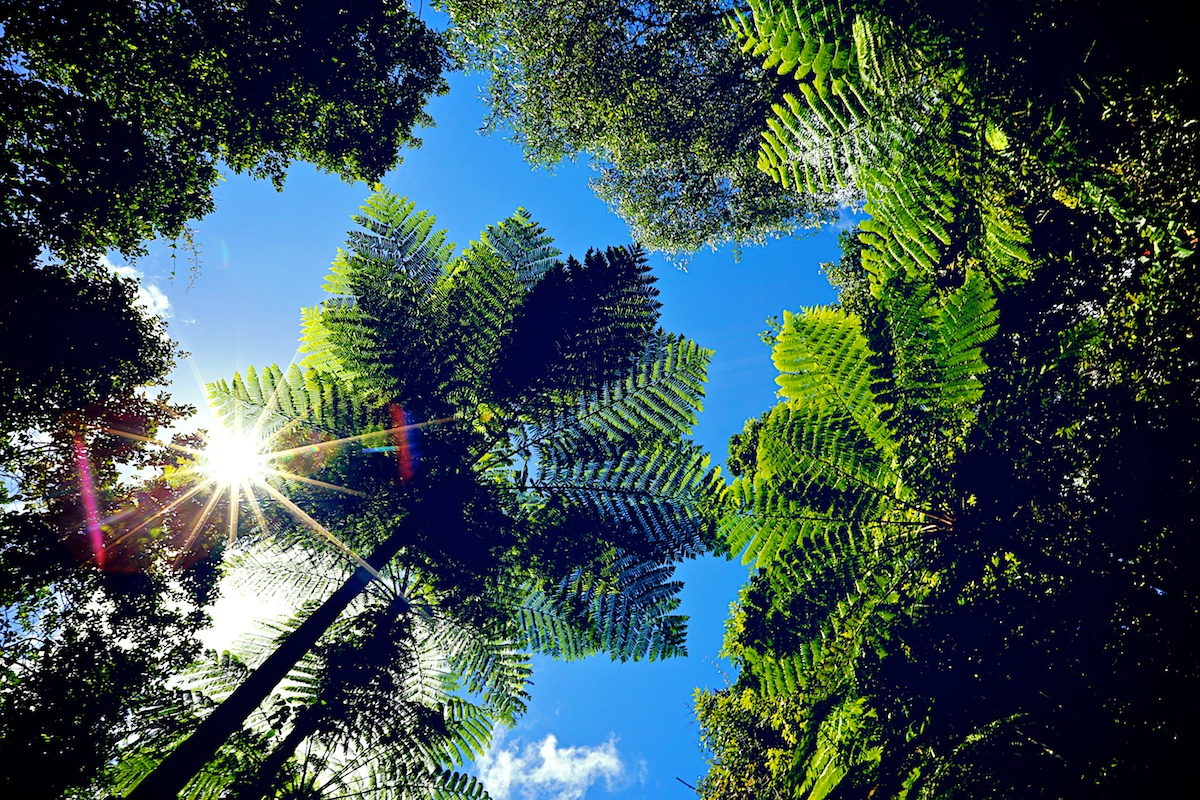 Having just left the easily-accessible, landscaped perfection of the Atherton Mountain Bike Park, the Gorrell Track couldn’t have provided a starker contrast to round out the whole spectrum of mountain bike experiences we’d had in the Cairns area. Where the Atherton trails roll out right from the centre of town, just getting to the trailhead of the Gorrell Track is an exercise in itself, with the track starting 20km off the sealed road. To remind us just how wild things are out here, our path in was blocked by a four-metre carpet python that was so ensconced in its sunny position on the fire road that only a prod with a stick would move it!

The Gorrell Track is a 24km long point-to-point ride – if you’re looking for it on a map, you’ll find it somewhere in a big patch of green between Millaa Millaa and Mena Creek – and at the time of riding, it has only just been opened up to mountain bikers. We parked a car at the far end and shuttled it, but if you were after an all-day outing, it’s perfectly rideable as an out-and-back from either direction. 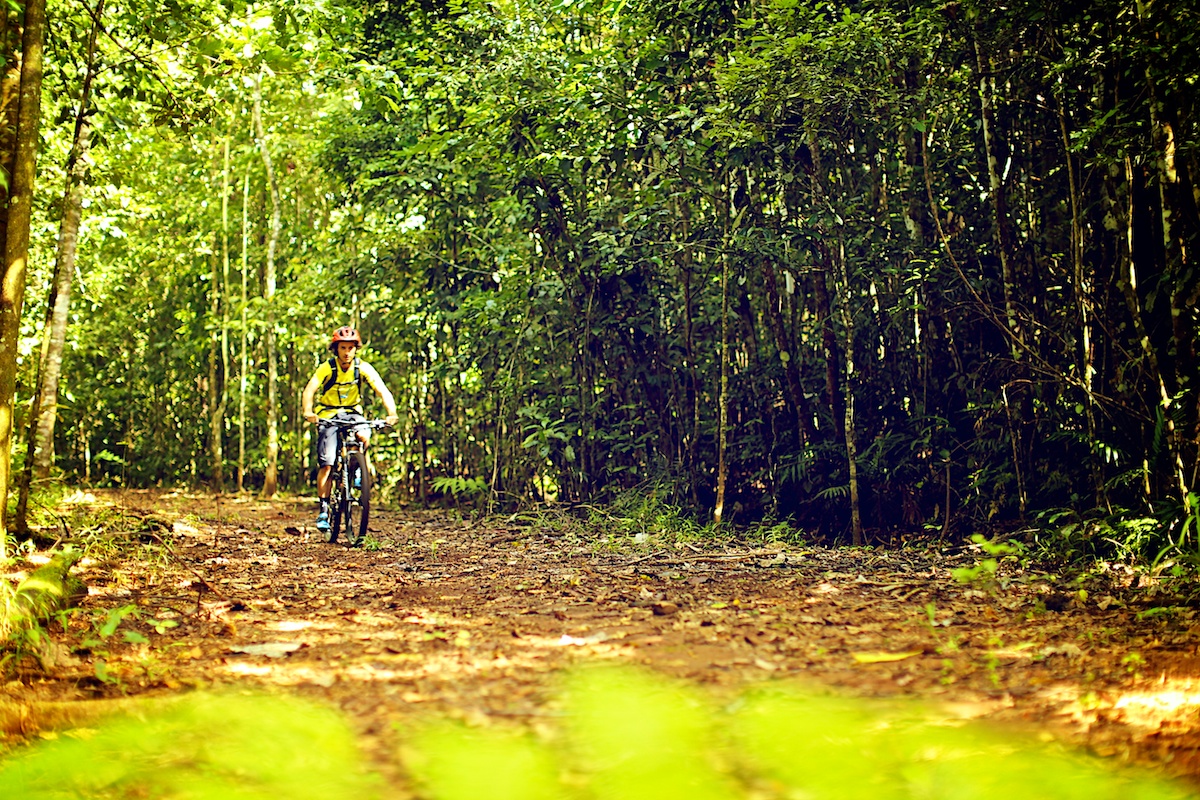 While the whole trail is fire road, this is not a groomed ride, and the surface beneath you ranges from slippery clay to lumpy bits of black volcanic rock. The climbs are long, but the descents feel longer (and fast too), as the track plunges from valley to valley, with river crossings galore in between. Depending on rainfall, there’s a high chance that many of the causeways will be underwater too, but when we rode through only one was deep enough to cause any concern. Speaking of which, the water is good to drink, as you’re well away from any grazing country. 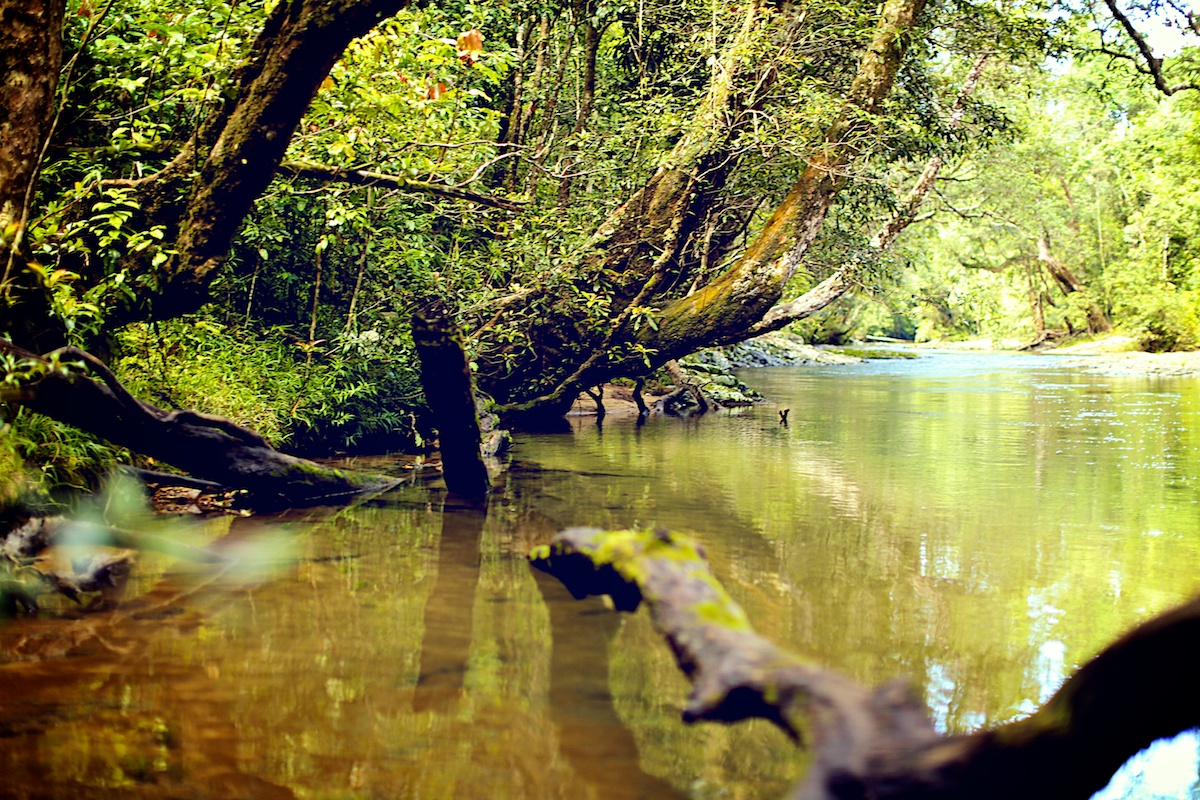 By the time we’d encountered our fourth black snake (including one we rode right over by accident) and had used our second and last spare tube, we’d begun to feel acutely aware of just how isolated you are out on the Gorrell Track. In three hours of incredibly scenic riding we’d seen no one else and we’d had zero mobile reception, and with the rainforest so dense around you there’s no outlook so it’s impossible to get an idea of where you might be in relation to the trailhead or finish. It’s really just you, your bike and the jungle. This is the kind of riding never, ever grows old.

After more than three hours, with our tyres pumped up rock hard to ward off another flat, we rolled out of the jungle, and not a moment to soon. Our plane back home was due to fly in three hours, and there was two hours of driving to be done to reach Cairns and two bikes to be boxed as well! Still stinking of the jungle, with mud on our faces, we crawled onto the flight south. 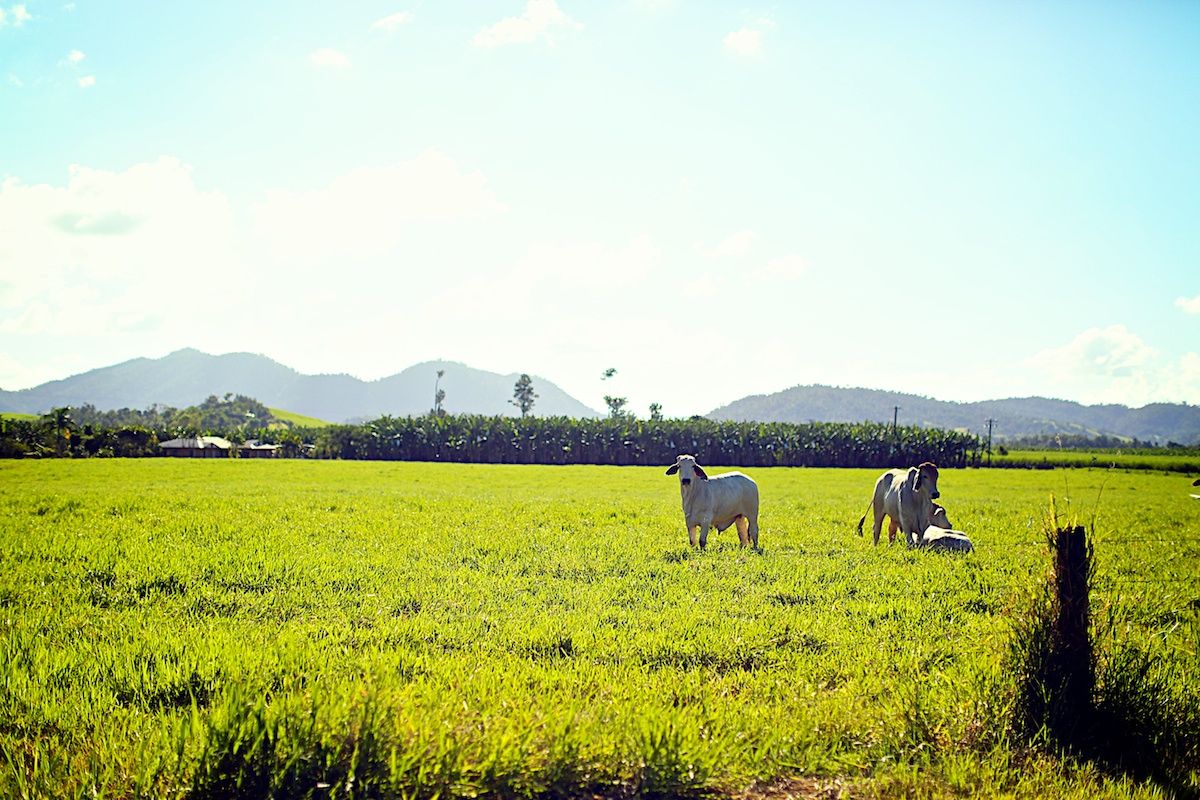 It was impossible not to reflect on the diversity of the riding we’d encountered in the Cairns region – from the history-steeped trails of Smithfield, to the surprise packet singletracks of Mareeba, the ever-expanding glory of Atherton and the wilderness of the Gorrell Track. In just three days, we’d tasted a motherload of sweet mountain bike fruits, and we want more. Next time we’ll be back to gorge on this tropical banquet properly.

For more information on riding in around Cairns, check out www.ridecairns.com.