Chris Cocalis is the brains behind one of the most successful young brands in mountain biking, Pivot Cycles. But successful bike companies don’t sprung up like mushrooms in your fridge veggie cooler – to ride the road to the top takes decades of dedication and experience.

In our two-part interview, we chat with Chris Cocalis about his history, the birth of Pivot, mistakes, patents, the future of bikes and what he hates and loves about the industry. Read on for part 2, and for a refresher, part 1 is here.

Was it a big call to release a carbon bike?

Yes and no. When we launched, Ibis already had a carbon trail bike. It was reaching a point where you almost needed a carbon bike to be cool. But at that time, I still knew you could build a better, lighter aluminium bike than you could a carbon. At that time, we did a lot of benchmarking – back in 2007, everybody’s claims about their carbon bikes being lighter and stiffer were complete bullshit. There just wasn’t a good carbon bike at the time – they were all heavier, flexier and less durable than a comparable aluminium bike. The bike companies would just spec them up with nicer components and lighter wheels to prop up the performance. It’s not really a secret now, but back at the time, Giant had their Anthem in carbon and aluminium – none of the World Cup guys wanted to race the carbon bike, it was too flexy, it was heavy, it was considerably worse than the aluminium version. Even those original Ibis bikes, you kind of flexed them around the corner. It reminded me of early titanium bikes – yes you can build a bike out of it, but it sucked. And carbon back then was at that level. With all our benchmarking, I could see that the aluminium bikes were better, and I was going to continue with aluminium until I knew we could actually make a product that was better in carbon. 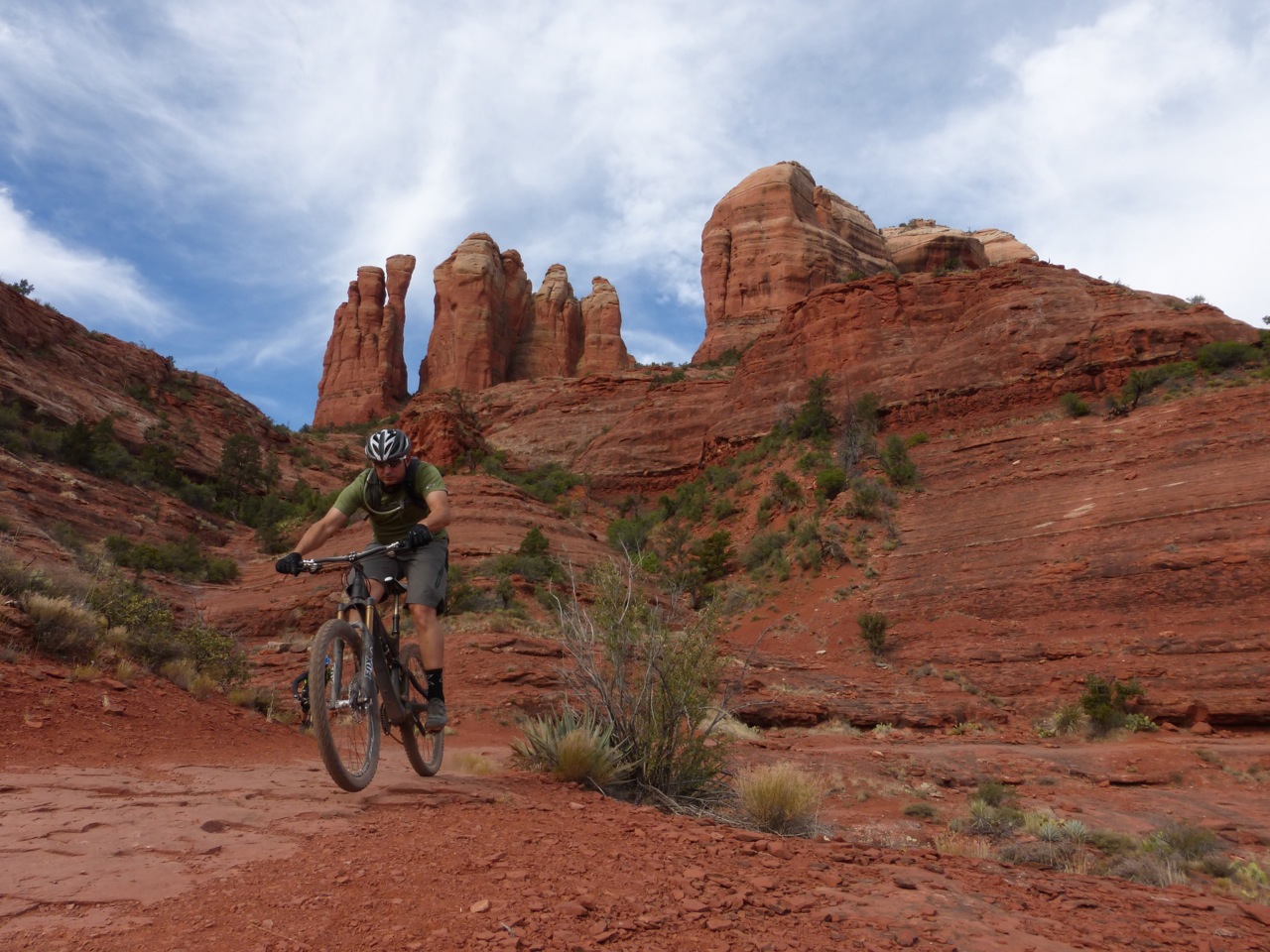 There were some technologies that were beginning to take things in the right direction; Easton were using it in their bars and some components, but it was a big stretch to take it to bike frames. One of the partners I’d been working with back at Titus, who had been in Taiwan for 16 years, set up a composites factory. He had just a few customers; there was Zipp, Enve (or Edge Composites as it was called back then) and Syntace. If you look at those brands, those are names that are known for immense quality and amazing testing. And so he began working on ways of taking those technologies that these brands implemented across to a bicycle frame.

But even with those technologies now available, it still took two years, not just of design, but of actual carbon development, to get to that level were we hit all three of those targets – lighter, stiffer more durable. And if you look at the 5.7 Carbon, the benefits are there, but even still they’re not massive. It’s 0.3 of a pound lighter, 5-7% stiffer, but when you look at the durability, that’s the big difference. I mean, we don’t have warranty problems with our aluminium bikes, but the tests we put the carbon bikes through, there’s no way an aluminium bike would survive them! When it comes to fatigue life and impact, carbon is a different league.

You’ve just unveiled the Mach 6 and Firebird 27.5″ – do you regard the wheelsize debate as fundamental, or not, to the development of mountain bikes?

I wouldn’t say it’s fundamental. I’m actually pretty bummed that almost overnight, people regard the 26” wheel as being somehow dead – like you can’t effectively mountain bike on a 26” wheel or something. The opposite is true. The 26” wheel is at the pinnacle of its evolution. I mean, 29ers still aren’t as good as they could be or will be some day, and 650B is still very much at its beginnings. But then you’ve got 26” trail bikes, like the 5.7 Carbon, that are just frickin magic! And not just ours, there are other people’s bikes that are fantastic, but suddenly they’re yesterday’s news.

We can fit 650B wheels into a 5.7, and it’s a little faster, but it also loses something. A little liveliness and its fun factor. But the Firebird, when you but 27.5″ wheels into it, man it just gets so good – I’d say easily 20% better. It is so kick-ass as a 27.5″ it’s kind of mind bending. One of our enduro pros rode his local loop on the 27.5″ Firebird – my personal bike, with my setup – and he knocked nine minutes off his best time round an hour and a half loop! The only difference was the wheel size, and the bike wasn’t even properly set up for him. Somehow the bike just got that much better with a 27.5″.

But still, I feel that once we all go away from 26-inch wheels, we’ll have given something up that we can never quite get back. But sometimes that happens. 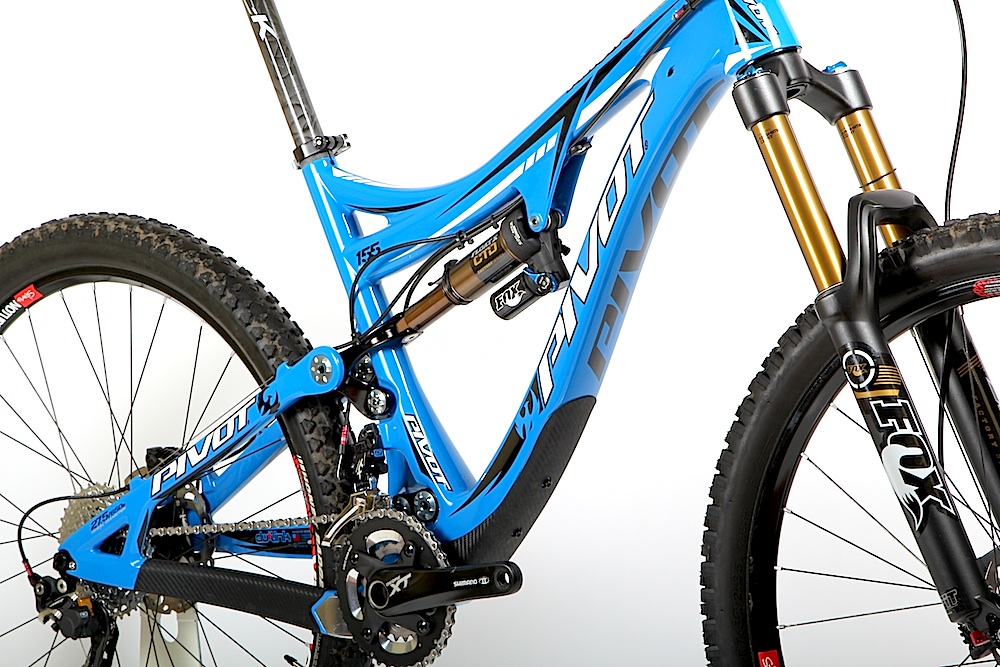 Getting back to Dave Weagle’s ‘I can’t fit the front derailleur’ problem – how do you feel about single-ring drivetrains and the possibilities and challenges it opens up to you as a frame designer?

I don’t think it’s likely or possible in the near future that we should be going to a one-by drivetrain on every bike. For a certain segment of riders or for certain type of trail, XX1 or XO1 are super kick ass. But I won’t go to Colorado with my XX1 bike. I did an endurance race up in Flagstaff that had a tonne of climbing on it, so I took my 429 Carbon XX1 bike with a 28 tooth up front. And man, I paid the price on every climb – I needed two gears lower – and then I’d spin it out on every descent. I spent the whole race wishing I had a double chain ring up it, like a 22/36.

So that’s where I’m at on that issue. And I joke with Shimano, let’s just go to a 14-speed and you can give me a 9-56 tooth cassette out back… and then I’ll go to a one-by drivetrain.

So, is there a component that you feel is holding back bike design fundamentally?

Yes. We’ve been talking to manufacturers about front derailleurs for a long time. They’re one of the most restrictive things in terms of suspension design, clearance and weight. There’s always a compromise for the front derailleur. So I don’t see the front derailleur going away soon, but I do see it evolving into something that doesn’t take up so much room or function in the same way as it does today.

And what form do you think that could be?

Ha, I will not comment on that at this point in time!

On a similar note, what then do you think will be the next frontier of mountain bike design and engineering?

I kind of feel like we’re one of the people leading the charge when it comes to a bike that can do it all, or least do a lot more. This balance of a bike that can do so much, that’s where the industry focus is going to continue to go. Of course there’ll still be development for the pointy end of World Cup racing, but hell we’ve got people out there cross country racing on Mach 5.7s and they’re competitive. 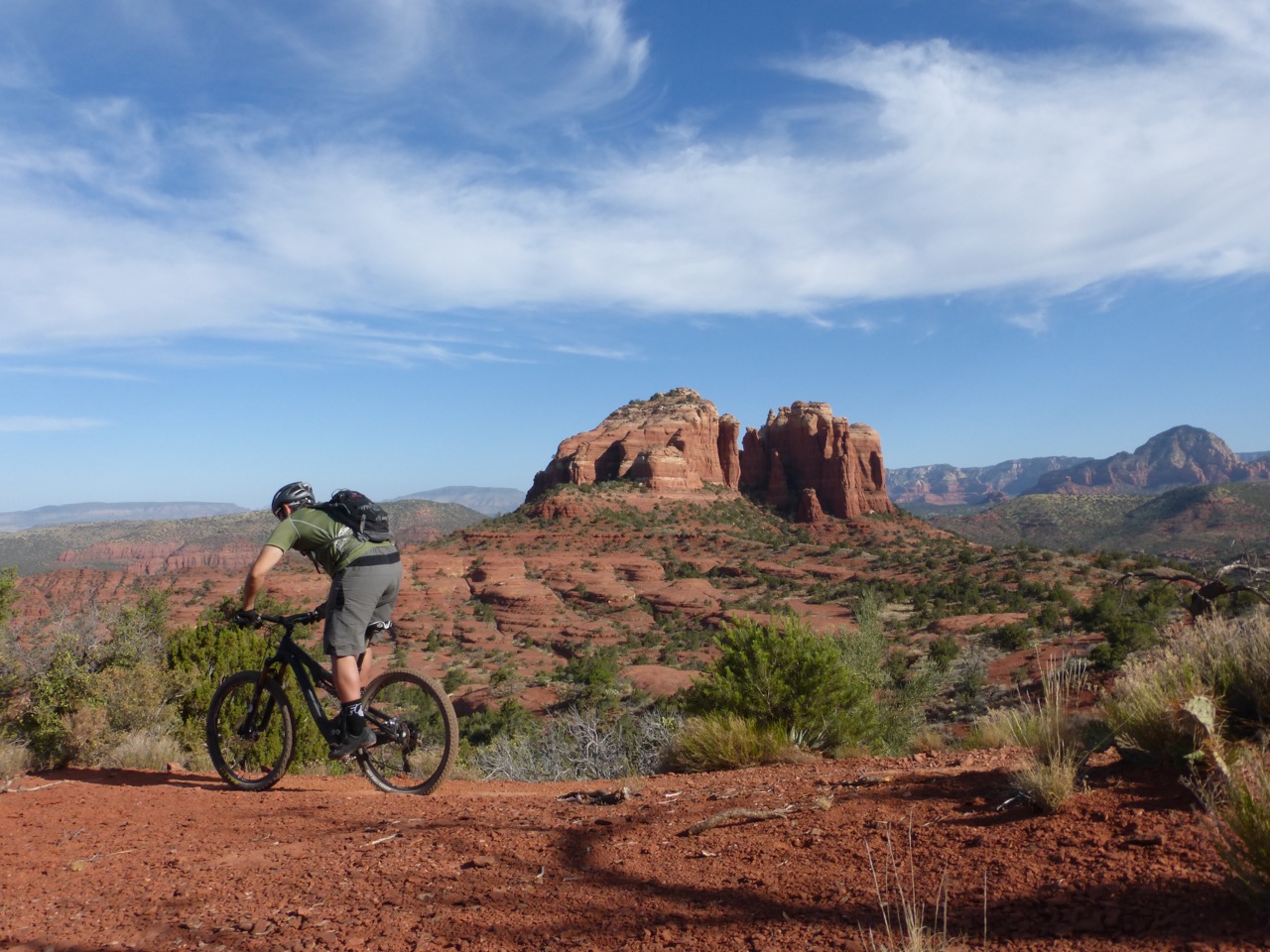 If there was one thing I’d change, it would be the whole ‘year model’ cycle of the industry. The bigger companies just constantly trying to trump each other, it’s horrible for everybody, right down to the rider. Companies like FOX and SRAM are showing things at Sea Otter in April for the next year! I mean, it’s just the start of the new season, it’s not even summer yet for most of the country – the cold parts are getting battered by their biggest snow storms. The cycling business isn’t even cranking for the year yet, but the brands are already showing off new product that’s ‘vapourware’, it doesn’t even exist yet. Customers are going into the shop to look at 2013 bikes and already they’ve seen all the details about the 2014 stuff. Sure it doesn’t even exist yet, they can’t get it, but all the cool stuff they’re looking at is suddenly somehow old. And it devalues everything. And for the consumer it sucks too, because all this stuff that should be so new and cool is somehow not anymore – their excitement gets taken down a notch.

And sometimes stuff gets shown and it never even comes out! Look at the Fox Float fork with the titanium crown/steerer from a few years ago; it never made it into production, but their were ad campaigns and marketing dollars spent everywhere.

It’s getting a lot worse right now. Everyone is pulling in development and lead times so much. When I go to Taiwan now, Mavic and DT Swiss won’t just be showing me things that they’re thinking about, or stuff that’s on the drawing board. They present me with finished product. It’s almost like we’ve just missed a year! We’re in 2013, why is all this stuff called 2014? It’s not fair on the bike shops either – they need to have time to sell through their stock, without people already demanding the next year’s ‘new’ gear.

We’re shooting ourselves in the foot as an industry, and it’s doing a lot of damage. So for us, something like the Mach 5.7 doesn’t have model years. It’s not going to get three new colours because it’s a new year. It sees a natural life cycle – and I think our customers and dealers appreciate it.

And on the flipside, what’s something you’d never want to see changed?

The family nature. It’s small but it’s big. It is big business, billions of dollars, but I can sit down with the president of Shimano, I can go on a four hour bike ride with Mike Sinyard. And that’s cool, and maybe a customer could be on that same ride too. Or a customer can call up and I can speak to them directly if they’ve got questions about their bike. And I enjoy that part of it; we’re a business, and we feed a lot of mouths, but we sell happiness and we love what we do. And that’s what I love about this business and that’s what I wouldn’t want to change.