You’ve been in Intense for almost two years now, what is your background?

I’ve come from Selle Royal, previously being one of the partners in Crank Brothers with the original to designers and founders Carl and Frank. I was the commercial partner in Crank Bros while the others designed cool stuff. That business merged with the Selle Royal Group in Italy (Selle Royal, Brooks, Fizik etc) and when I finished there, I was looking at how I wanted to spend the next ten years of my life, after spending the last 25 in the bike industry.

I like challenges, and when the outcomes of these challenges we face are in doubt.  There has been a lot of really cool boutique bike brands that have gone on to be great commercial enterprises, employing lots of people and sponsoring riders. So I looked for one of those companies that can make a difference and fulfil a promise, and in that process I was talking to a lot of people, including Jeff Steber from Intense. Here I am now. 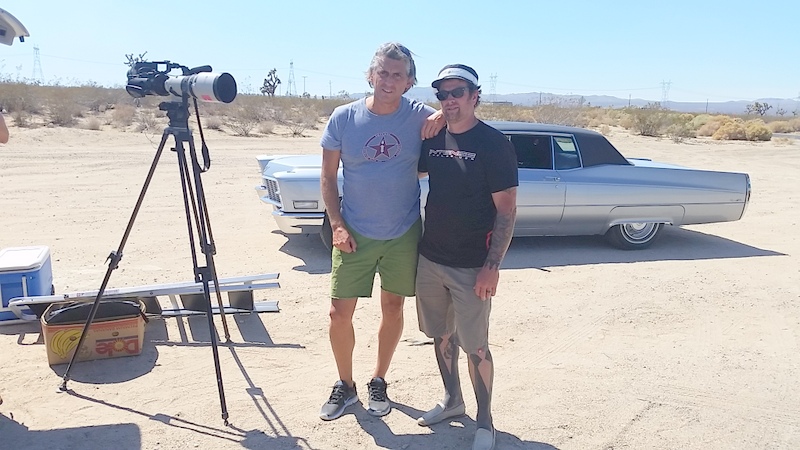 Joining me was a chief financial officer and a chief operating officer/product director – Chad Peterson who came from Crank Brothers too, and before that he spent eight years at Cannondale, so he knows how to make mountain bikes.

So you saw that Intense needed some love, and the outcome was in doubt?

I wouldn’t say that the outcome was ever in doubt, more so that we had challenges ahead of us that the whole team needed to overcome. It’s not an easy slam-dunk for any of us, but we’re certainly confident in the direction we are going. We should have that attitude when we wake up in the morning, right?

When you came to Intense, what elements did you see that needed help?

It’s the same as with all small companies that need help, and that number one area is planning. So it’s planning on cash, inventory, marketing calendars, It is in every way, and a long term view that is needed where your actions can be predicted.

Intense have long been a ‘frame only’ option for consumers. This changed recently with the offering of complete bikes for sale. What changed there?

With the ‘bike and kit’ needing up to 180 day lead times, it’s a brutally difficult task. The Tracer was the first complete and also a test for 2014 bikes, we offered it as a whole bike, and not just a bare frame. Now all the bikes we see in our catalogue are offered with very specific spec in multiple levels, with the spec being carefully designed to go with each frame. It’s all been well thought out what parts we choose, some parts don’t go well with other parts, and we’ve done our testing to find what works best. Our riders like Chris Kovarik and Brian Lopes have told us what works, and we’ve been listening to those guys.

We’re seeing more carbon frames from Intense. Coming from a brand with such a long reputation for welded aluminium frames, was the move to carbon a reluctant decision that has now picked up pace?

No, I know that for sure it was not reluctantly it was simply due to the finally having the capability to do so. There are barriers to entry into the world of carbon bikes, you need technical know how, and you need cash. To over simplify thing, when you make an aluminium bike you order aluminium tubes then you weld them together. When it comes to carbon you need to plan 18 months ahead of time, and once the mould you make is open, that’s it. You can’t make small changes to the frame’s geometry or anything, you’re fully committed. And by the time the first carbon bikes arrive, you’re well into six figures of investment. So unless you have critical mass, you can’t be in the carbon game. So I don’t believe Intense went into the carbon business reluctantly it was just as soon as they were able to. And thankfully we did.

What was the first carbon frame from Intense?

The Carbine, a 26” 150mm travel frame. Now we go up to the Tracer with 160mm of travel in carbon. We don’t have a ‘super enduro’ bike as yet; you may see one of those from us in the near future, in aluminium and carbon.

The new Tracer was actually an aluminium bike before we made it in carbon. In fact if you take a carbon and the new aluminium Tracer, put them side-by-side they will cast the same shadow. They both share the same shapes, geometry and look. The aluminium frame mimics the carbon one because we hydroformed the aluminium frame tubing and then constructed it in our Temecula, California factory.

We currently have six bike frames in development; previously we’ve never had more than one frame in development at one time. All thanks to planning, resources, new engineers etc.

Shaun Palmer, he’s back! And Brian Lopes too. Why?

We don’t look at them as retired World Cup riders, they are rock stars. Including Chris Kovarik and Claire Buchar, we have true rock stars amongst us.

I hold them in the same reverence now as I did when they were in their prime. Brian Lopes is even still so competitive, with just having recently won the Kamikaze downhill and the enduro the following day!

Everyone wants to party with a rock star, so we want to make sure that Shaun, Brian, Chris and Claire get out there as much as possible. Now with the freedom of a growing company, they will be out and about a lot more. In fact Brian and Shaun are now in Roc d;Azur in France. Chris will be spending a lot of his summer in Australia visiting Intense dealers and riding with consumers, it’s really great.

What’s next from Intense?

We’ll be developing a bigger global presence, for example we don’t sell into the second largest mountain bike market in the world, Germany. The reason for that is that we are growing so fast everywhere else that if we added Germany into the mix we would probably do a terrible job and we don’t want to do a terrible job anywhere, but if you do a terrible in Germany you are out, for at least a decade, haha.

There are many markets that needed work, we have a lot of blue sky above our heads right now and Australia is right up there on our list of partners that are with us as we push towards this new horizon for Intense Cycles. We are still so tiny for a company that is building two-wheeled Ferraris. That is why we are launching a new downhill World Cup team for next year; Ferrari always participates in Formula 1. A World Cup season without Intense is like a Formula 1 without Ferrari, we’ve been out for too many years so we are coming back.

Keep an eye out for the announcement of a new team soon. Bernard Guardia, Brian Lopes, Chris Kovarik and Shaun Palmer have been discussing the best strategy for the new team, and there is not going to be just a one-year view, it’ll be a long-term program built with real integrity.  We won’t be going in a buying a rider, the big companies can do that, we just don’t have that luxury. 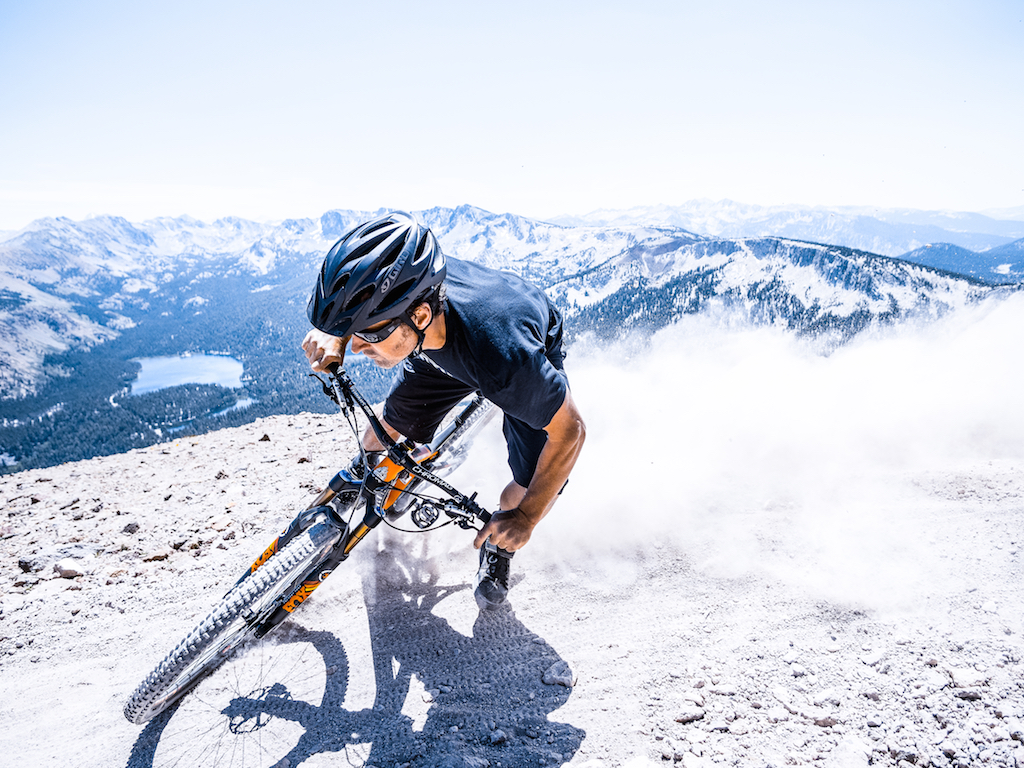 We’ve been watching the fast junior riders, for ones that we can help develop. They will be riding our new yet to be released downhill bike, they will have day to day coaching with World Cup legend Bernard Guardia, and guest coaching with Shaun, Brian or Chris.

So we have signed three young riders, one Spaniard, American and an Aussie.

Which one do you ride?

I’m on a Spider 29, I’m 6’2” and I like the feel of a 29er coming from a cross country background. I do a few marathon events, and I’ll do the Garda Marathon in Italy again this year. I’m 47 years old, and my bones don’t bounce anymore, I don’t need the big bikes.