Since people started riding mountain bikes in Rotorua, people have been thinking about Skyline, the recreational site on Mount Ngongotaha with its gondolas and luge tracks. You can’t go up in a gondola without thinking about riding back down.

Having hosted the occasional event in the distant past, the site was the venue for the successful 2006 World Championships. Skyline handled the hundreds of competitors and thousands of fans easily. After all the bunting came down and the people went home, there were musings about permanent trails.

Some rippers have lapped it out over 20 times in a single session, which means its like lapping a short course at high speed, usually only possible on a moto.

Before that could happen mountain biking needed to look like it was past its ‘fad’stage. It has. Our sport is now almost mainstream. The people at Skyline have seen how successful opening the gondolas up to bikes has been at their operation in Queenstown. But would it work in Rotorua like it has down south? 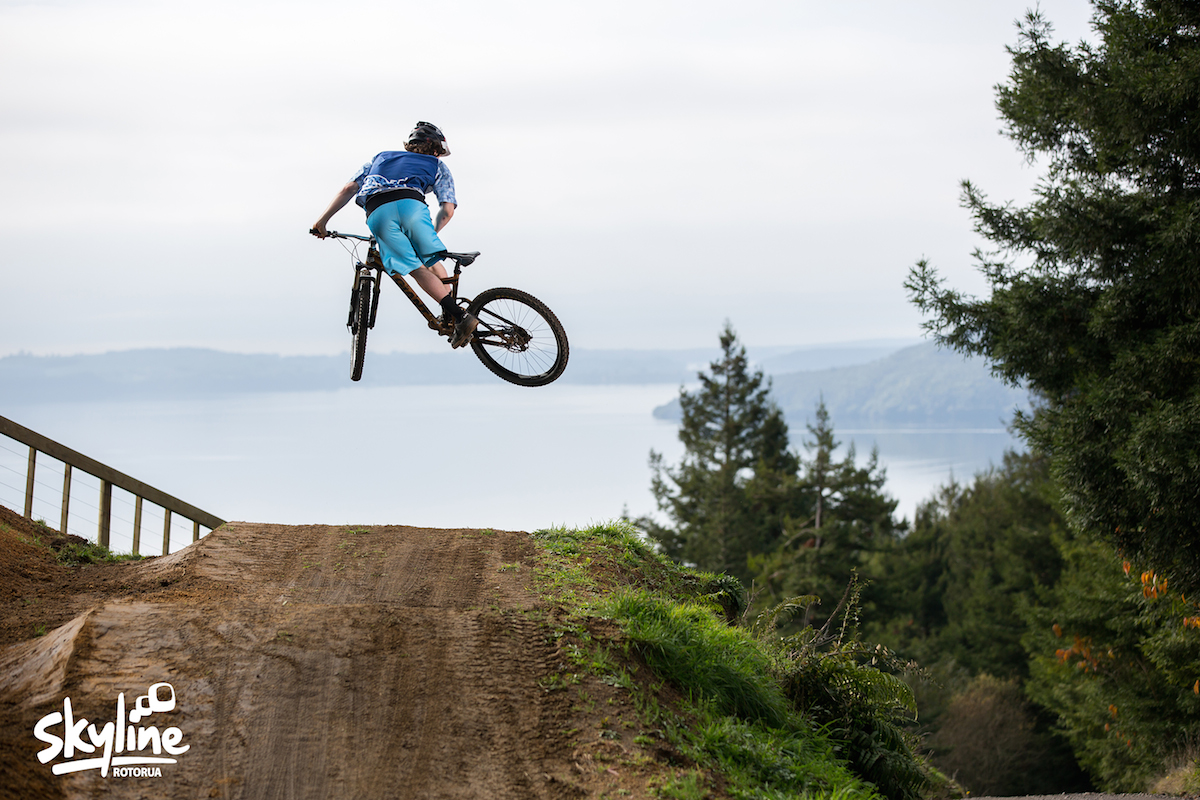 It is a very different proposition. On the downside, Skyline Rotorua is only half as high as the Skyline lift in Queenstown, but Rotorua has double the uplift capacity and a much quicker turnaround. In Queenstown the mountain is schist, while the hill in Rotorua is made of dirt: that lovely central plateau stuff that is workable and free draining. The slope is not extreme overall, but there is a lot of contour to work with.

Rotorua trail building company Empire of Dirt are the dirt merchants. Adam King started the company with business partner Chris Martin to contract on trails in the forest. Having worked a good few years at Whistler he understands better than most the requirements for trails in a busy park. The Empire created a track for the Sprint Warrior, an event that headlined the 2013 Rotorua Bike Festival, and that trail has become the backbone of the trail system. 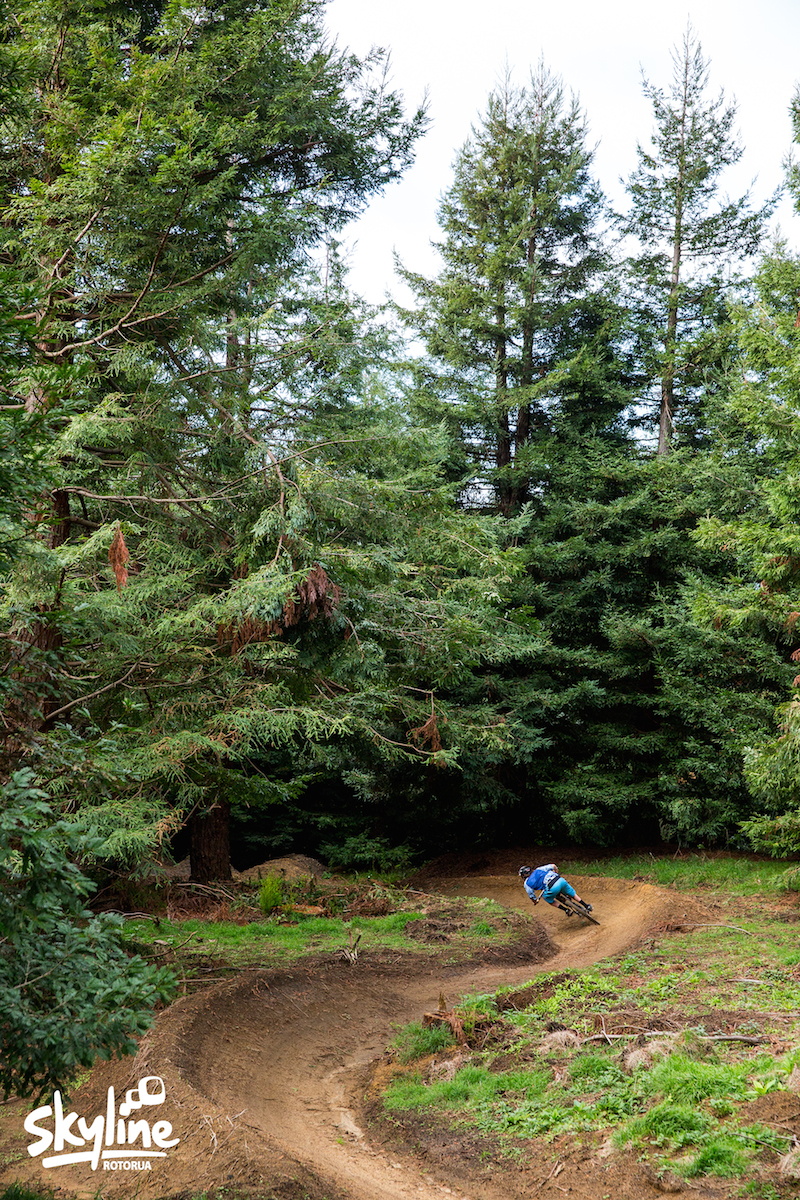 Think of a really fast, very flowing piece of your favourite trail. Now, imagine the kinks taken out. Then extend it. Over several kilometres. Now you have some idea of the general feel of the Skyline MTB Gravity Park. There are currently six lines down the hill, ranging from SimpleJack, a rolling ribbon of dirt your grandma could ride, to some Grade 5 options that need a bit of a look before trying to go fast on. Even the SimpleJack is fun: some of the most skilful and experienced riders in town were grinning after a run down it. It is not gnarly, but it gets very interesting very quickly if you lay off the brakes. The higher rated trails have a lot of features, beautifully sculpted berms and jumps, nicely placed to make a run down the hill a pumping, flowing, blur of dirt for riders of every level.

Think of a really fast, very flowing piece of your favourite trail… Then extend it. Over several kilometres.

The thing that makes Skyline really work is its innate challenge: the shortness of the runs and the speed of the ride back up mean you are still buzzing from the trip down when you step off the gondola at the top.

So far the reviews have been good. Some rippers have lapped it out over 20 times in a single session, which means its like lapping a short course at high speed, usually only possible on a moto. It is not like mountain biking anywhere else for that reason. It is a must-do when you are in Rotorua! 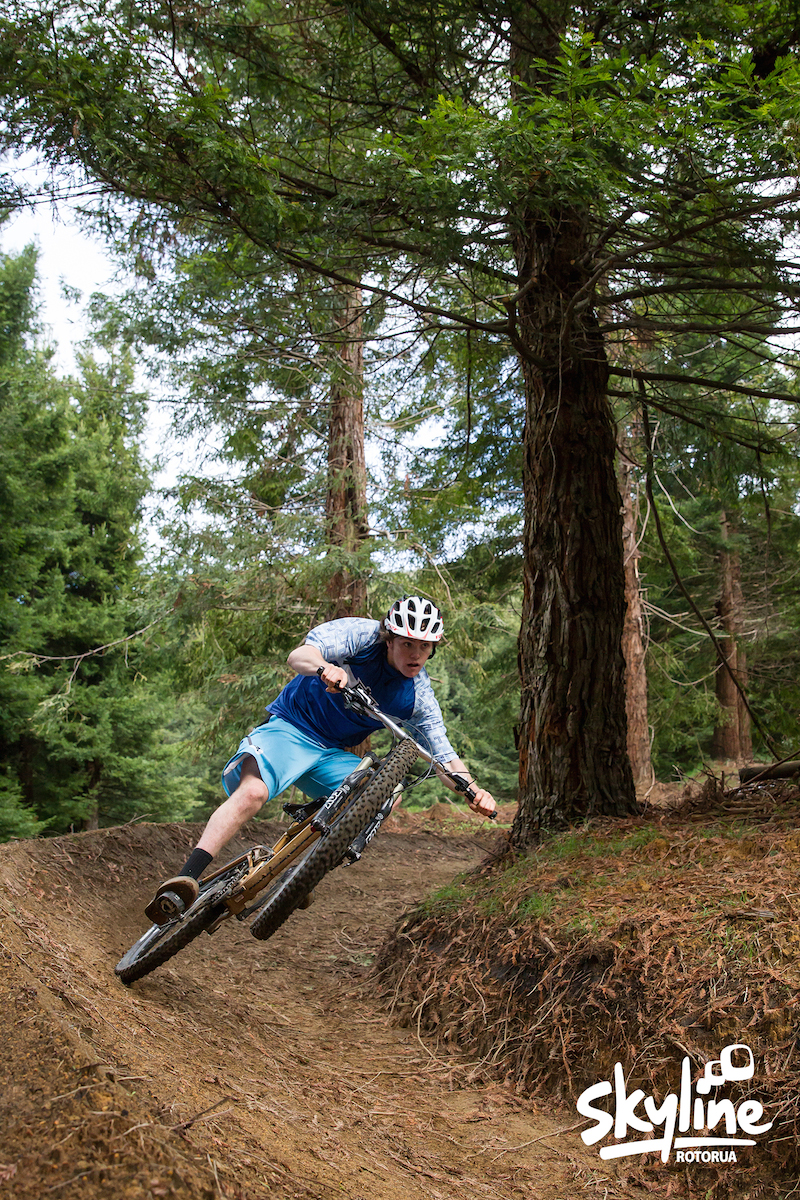