Kelly McGarry would be terrible at hide and seek. He’s six foot four and with a mane of red hair that would put your average viking to shame – there’s not much chance of missing him.

McGarry is also NZ’s finest freeride export, and for the past seven years he’s been travelling the world, completing in slopestyle and freeride contests, making a name for himself a rider fond of big lines. He divides his time between two of the best riding destinations on the planet – Whistler and Queenstown – meaning he doesn’t have to worry about winter ruining the fun.

While in town for the X-Up Freeride Festival (sadly cancelled due to Mother Nature’s tantrums), he dropped by the local jump spot to have a chat.

These are decent old jumps – the bigger kickers are a good eight foot tall, with gaps that most would think twice about. Only, when Kelly rode them, they looked small. His bike looks small too, almost like it has 20″ wheels, and he chucks it about; it didn’t take too many runs through the big set till he was 360ing and flipping.

In between runs through the jumps and sips of Coopers Pale, we asked Kelly about how the freeride scene is changing, where it’s going next, which riders inspire him (Darren Berrecloth) and why we should all make the pilgrimage to Queenstown NZ. 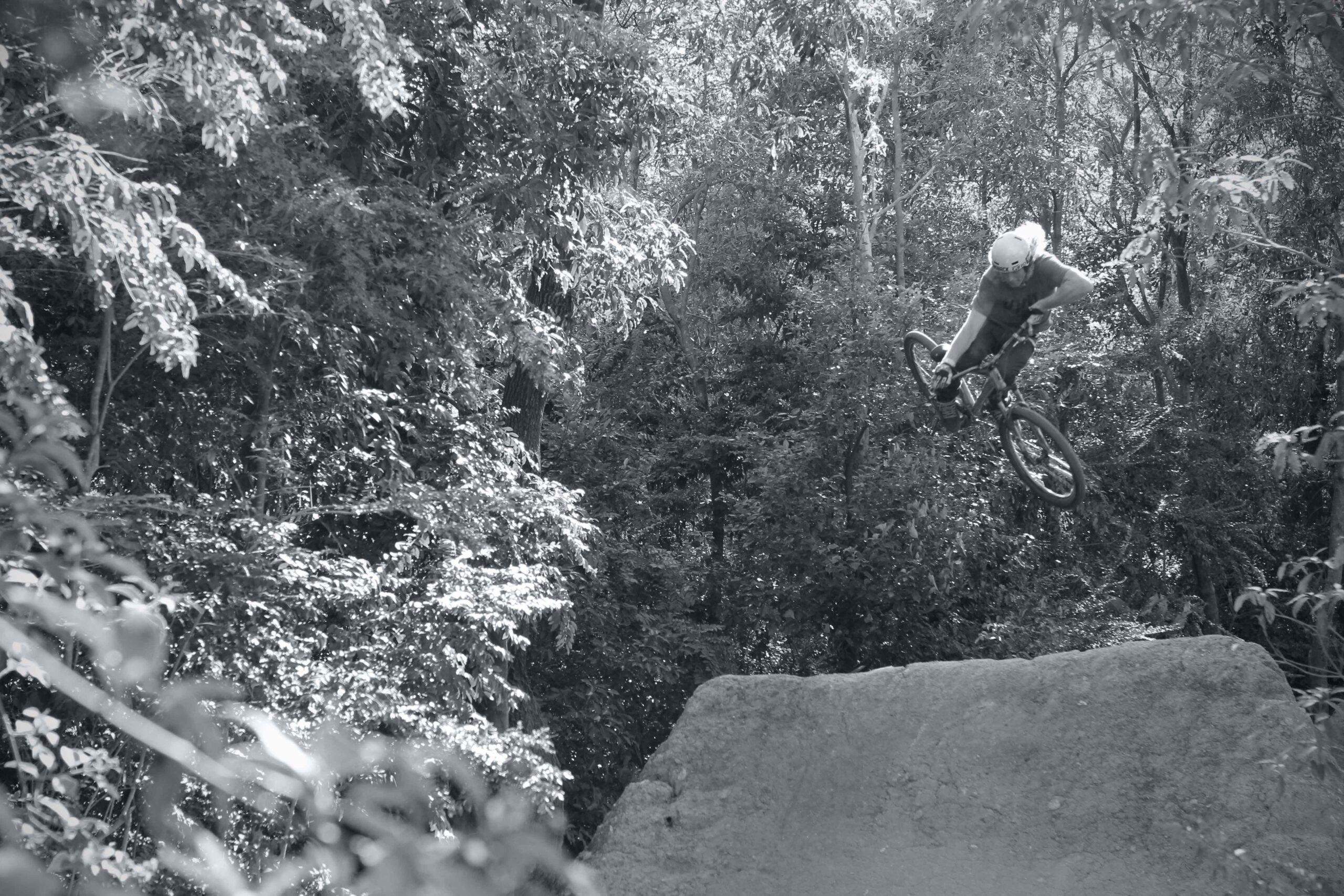