Are you ready to geek out on some bike tech? Ready for some numbers which absolutely, positively won't make you a better rider, but which will arm you with genuine, actual FACTS for your next debate?

As circumstance would have it, this morning at Flow HQ we happened to have a wide spectrum of wheel configurations in the office, all equipped with similar(ish) tyres. So, armed with a pair vernier callipers, a tape measure and a camera, we sat down to have a real look at what the physical, measured differences are between the variety of wheel sizes on offer now. Turns out, for all the discussion, there’s not as much in it as you might expect!

Please note, we don’t pretend for a second this is a perfect comparison – these just happened to be what we had on hand and/or have been riding lately. 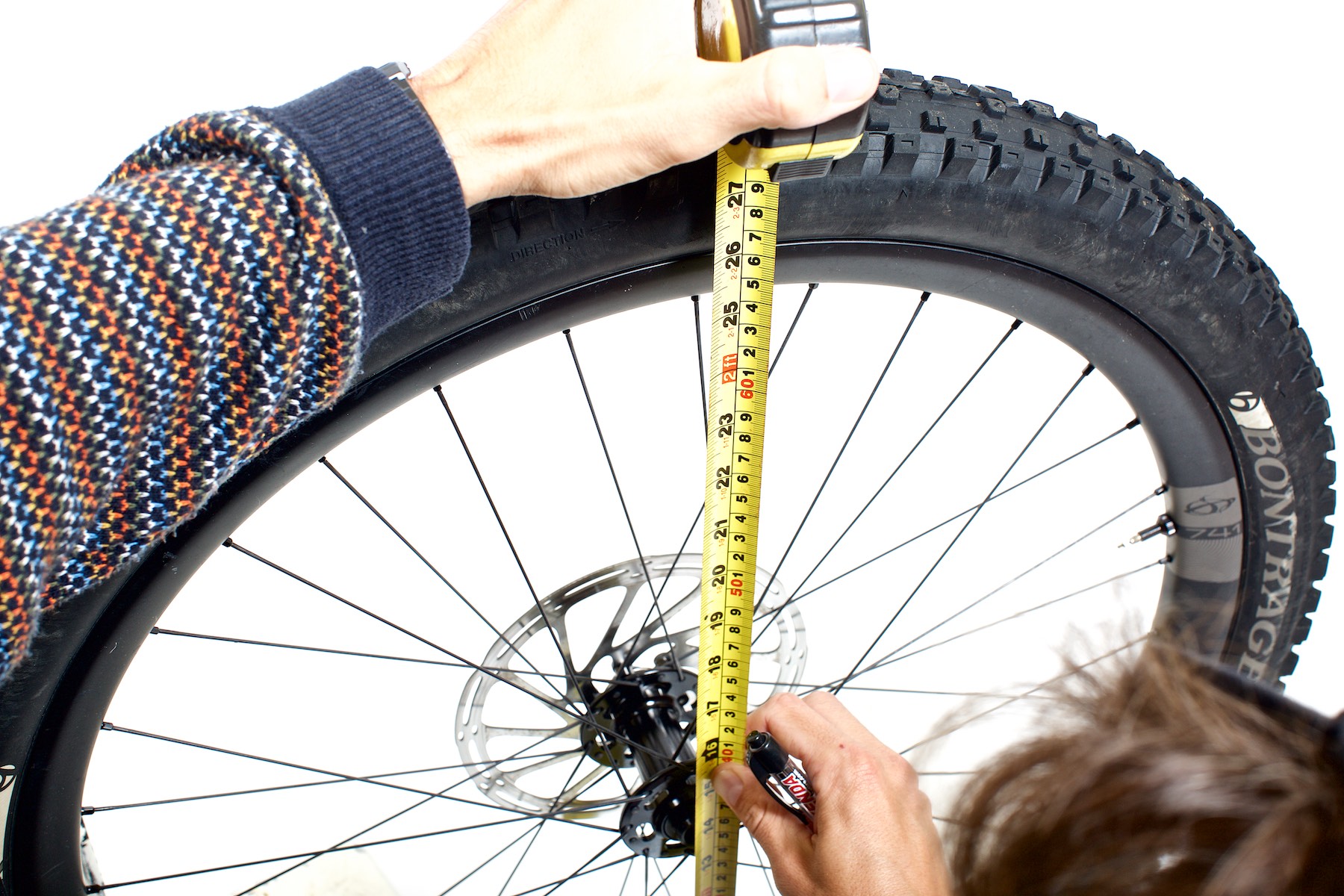 In this wrap up we’ve got: 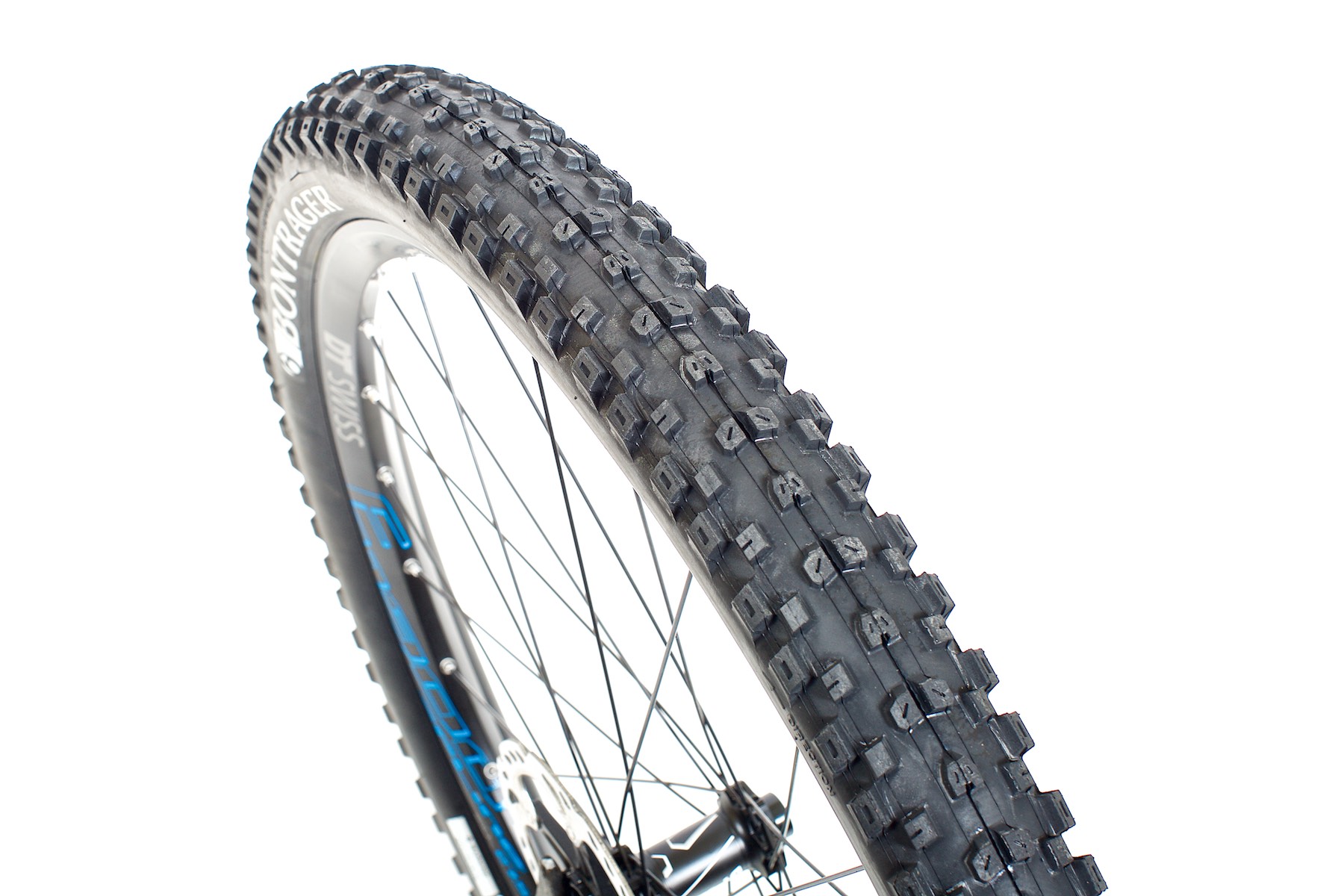 This set up is what we’d call a conventional 27.5″ wheel/tyre combo. Bontrager’s XR4 2.35″ tyre has a fairly aggressive tread pattern, with big side knobs and a relatively square profile, but it’s pretty much what you’d expect from a trail / all-mountain tyre. 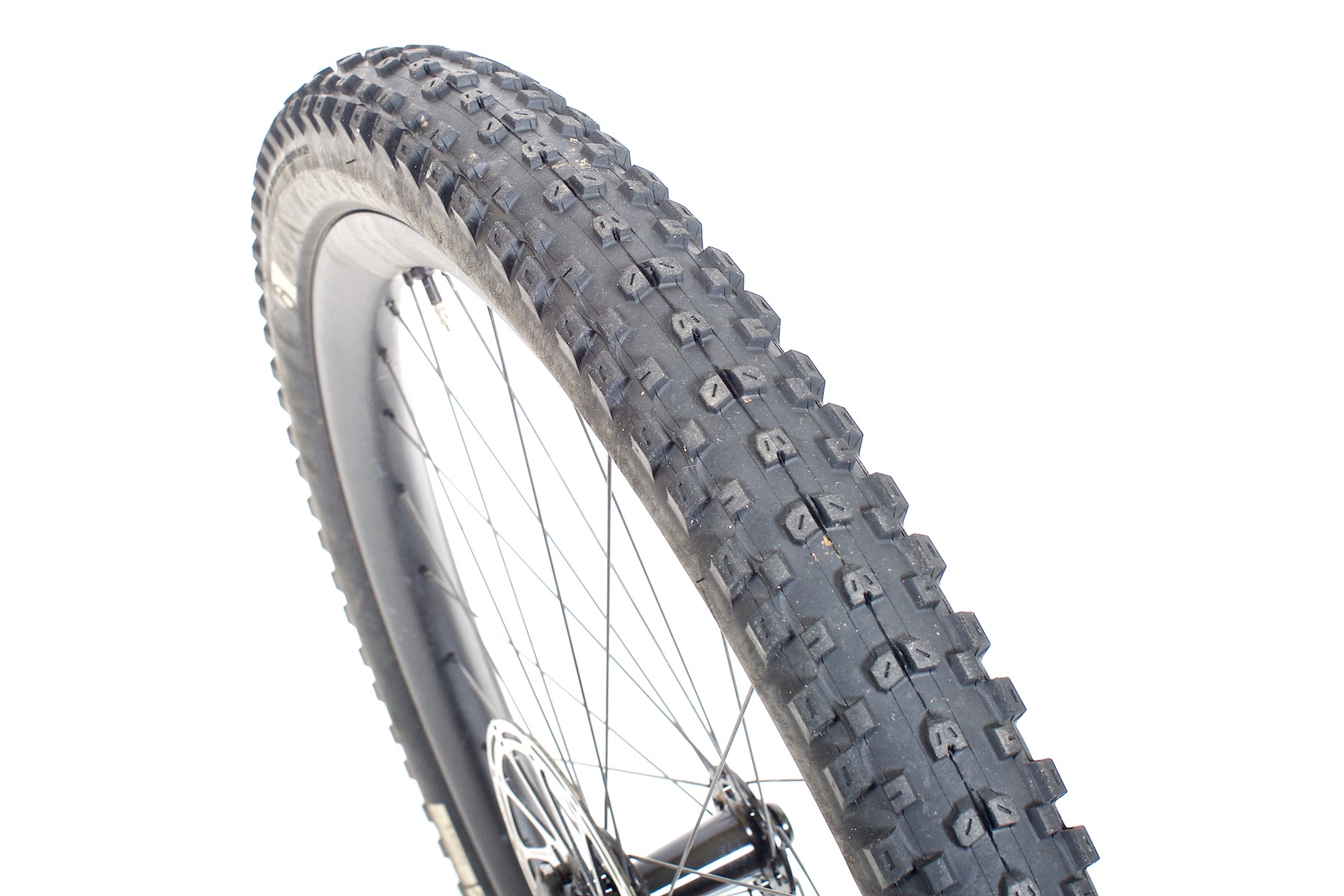 This tyre/rim combo is what we’ve been running on one of our long-term test bikes for the past few months and absolutely loving it. Compared to conventional set up (as described above) we’ve been able to run much lower pressures and enjoy a lot more traction as a result.

We’ve included this set up here because we wanted to see how closely it approximates the measurements of a 27.5+ rim/tyre.

While the tyre is a standard width (2.35″), the rim is super wide – it has a 41mm external / 35mm internal width. Basically, it’s as wide a rim as you’re likely to see before you venture into realms of ‘plus-sized’ tyres or Fat Bikes.

In our minds, the performance of this combo has been superb. We’ve actually been running tyre pressures quite similar to that we’d use with a 27.5+ setup (approx 15psi), though obviously the width and overall volume of the tyre is a lot less so the ride feel is different. For many riders who aren’t interested in the plus-sized format, we think this set up is a very good compromise.

What is also notable about this combo is just how stout and square the tyre shape is, the wide rim giving a lot of support to the tyre. Of course the square shape won’t work well with every tyre. 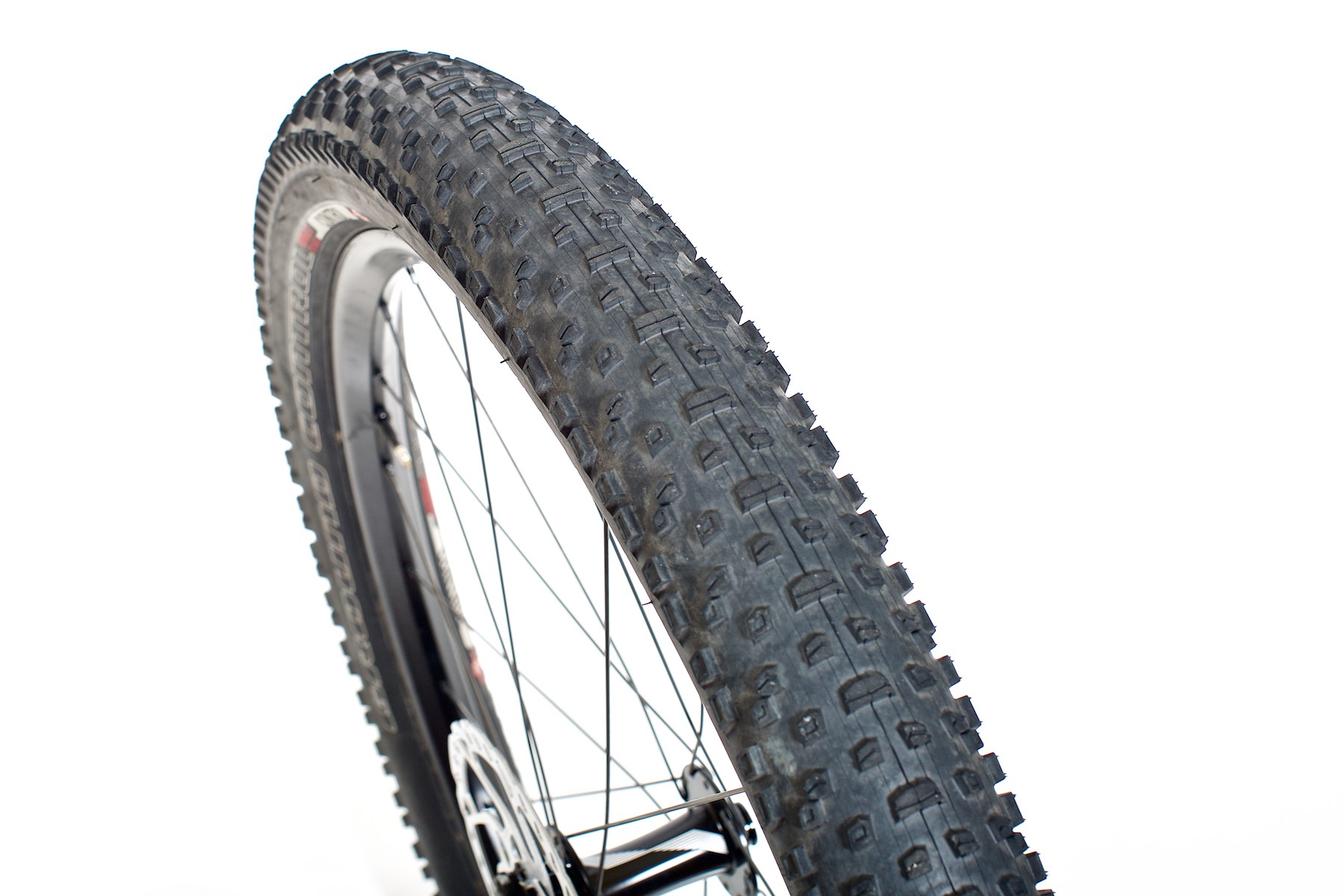 This tyre and rim combo is off a Specialized Stumpjumer 6Fattie that we’ve been testing lately. It uses Specialized’s 3.0″-wide Ground Control tyre mounted to a Roval Traverse rim with a 29mm internal width.

The width of the tyre is the other big, big difference. At its widest point, the tyre is 74.5mm across. However, this measurement is a little deceptive, because with the relatively narrow rims (at least in comparison to the huge tyre) it’s almost impossible to use the full tread surface of the tyre. If you’re on the very side knobs, you’re crashing! Other 27.5+ bikes that’ve tested have used much wider rims (in most cases with a 40mm internal width) which seem much better suited to supporting the massive tyre.

Tyre volume is the real drawcard here. With such a large volume of air and such a tall tyre shape, you can run very low pressures, allowing the tyre to conform to the terrain exceptionally well and provide massive amounts of traction.

Just briefly touching back on the matter of rim vs tyre width, the combo found on Scott’s new plus-sized bikes gets a big tick of approval from us. The 2.8″ tyre on a 40mm rim seems spot on, offering more sidewall support than a 3.0″ on a narrower rim, but without losing too much volume overall. 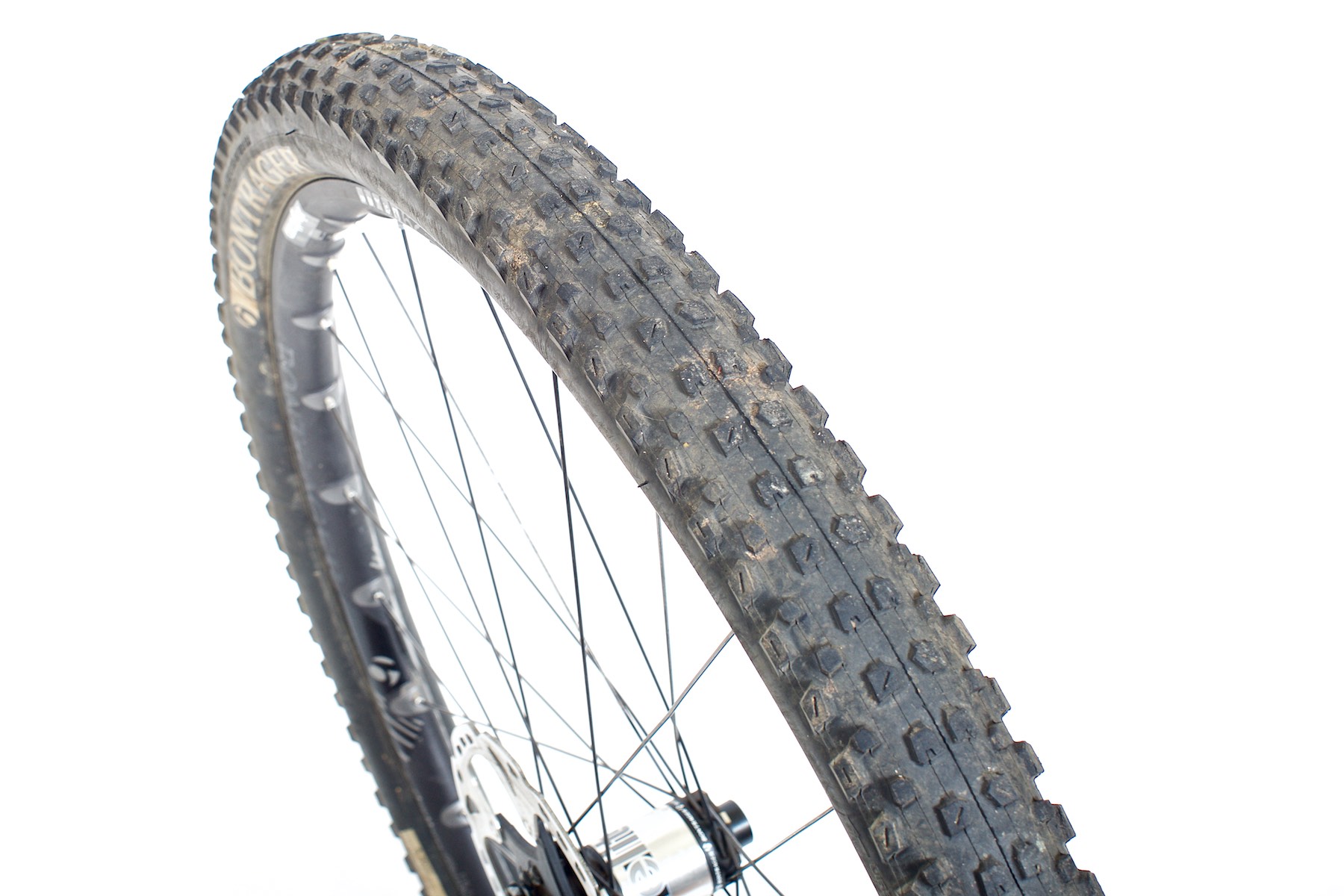 This is your regular kind of 29er trail bike combo, with a 2.3″ tyre on a fairly standard trail/XC rim. It comes off a Trek Fuel EX 29er which we’ve been riding for the past year.

What’s immediately apparent is just how skinny and slight the whole wheel looks in comparison to the others here – the ratio of tyre volume to wheel size just looks out of whack in this company! The tyre is just a millimetre narrower than the 27.5 tyres here, but the rim is only 21mm-wide internally, which reduces the ‘bag’ of the tyre and gives it a more slender appearance.

With the narrower rim and smaller volume to the tyre, it’s clear to see you need to adopt an entirely different approach to tyre pressure, grip and riding style with this wheel than with either the 27.5/35mm rim combo or on the 27.5+ wheel.

Above you can see a direct comparison between a standard 27.5 wheel/tyre combo, and a 27.5+ (with a 3.0″ inch Specialized tyre). The plus-sized tyre gives the wheel an extra 25mm diameter, but it’s the sheer volume of the tyre which is the obvious difference.

And here’s the same 27.5+ s wheel alongside a regular 27.5″ tyre mounted to a super wide rim. Still the same 25mm diameter difference of course, and the 3.0″ tyre still has a huge volume advantage. Where the configuration on the right has an obvious advantage though is in the stability of the tyre – the ratio of tyre/rim width gives the tyre a super stable sidewall profile.

Finally here’s the 27.5+ wheel versus a standard 29er setup. The 29er wheel is a slightly larger diameter overall, by just about 10mm, but the volume of the tyre is clearly hugely different. Horses for courses?

As we’ve said above, we don’t present this as a true comparison, and we’re definitely not trying to say that each of these setups doesn’t have a place in mountain biking. But we do think it’s interesting to take a look at what each of these configurations actually looks like head to head. We hope we haven’t overloaded you with geekery. Now quickly put all this out of your mind and go ride your bloody bike!