Whist more experienced riders captured the limelight over the weekend at the Thredbo Cannonball, a total of 75 female mountain bikers took to the trails at Bungarra Alpine Centre in Jindabyne on December 7th to challenge themselves in gravity XC, and XC events.

They may never be the big names in the sport, and they may not be the most ‘sik’ or ‘shred-ready’ riders on the trails, but they know how to get involved and support one another in taking up a new sport. 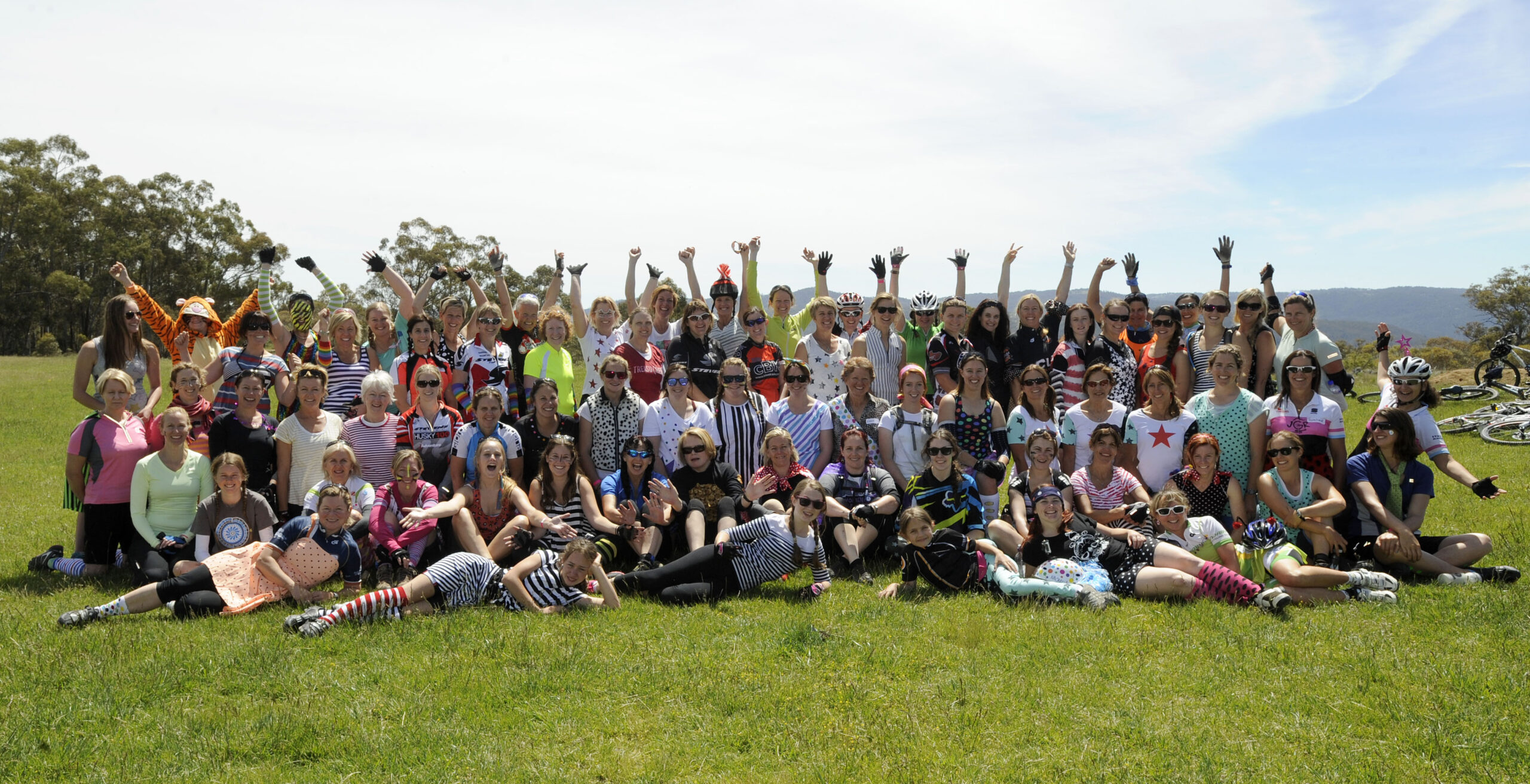 Riders from as far north as Port Macquarie and as far south as Phillip Island gathered with new friends at the starting line, which appeared as a sea of stripes, stars and spots- girls dressed in theme to identify them to their team. Over 35 Jindabyne girls signed up, many for their first ever mountain bike event, as the sport amongst local women has grown at an unprecedented rate.  With a large number of girls entering the event alone, these teams were successfully designed to encourage inclusiveness and also spark a little competitive rivalry between friends. Magnificent costumes and vibrant colours wound their way through the flowing trails; fast and fit, or slow and steady- the event catered to all levels of riders. 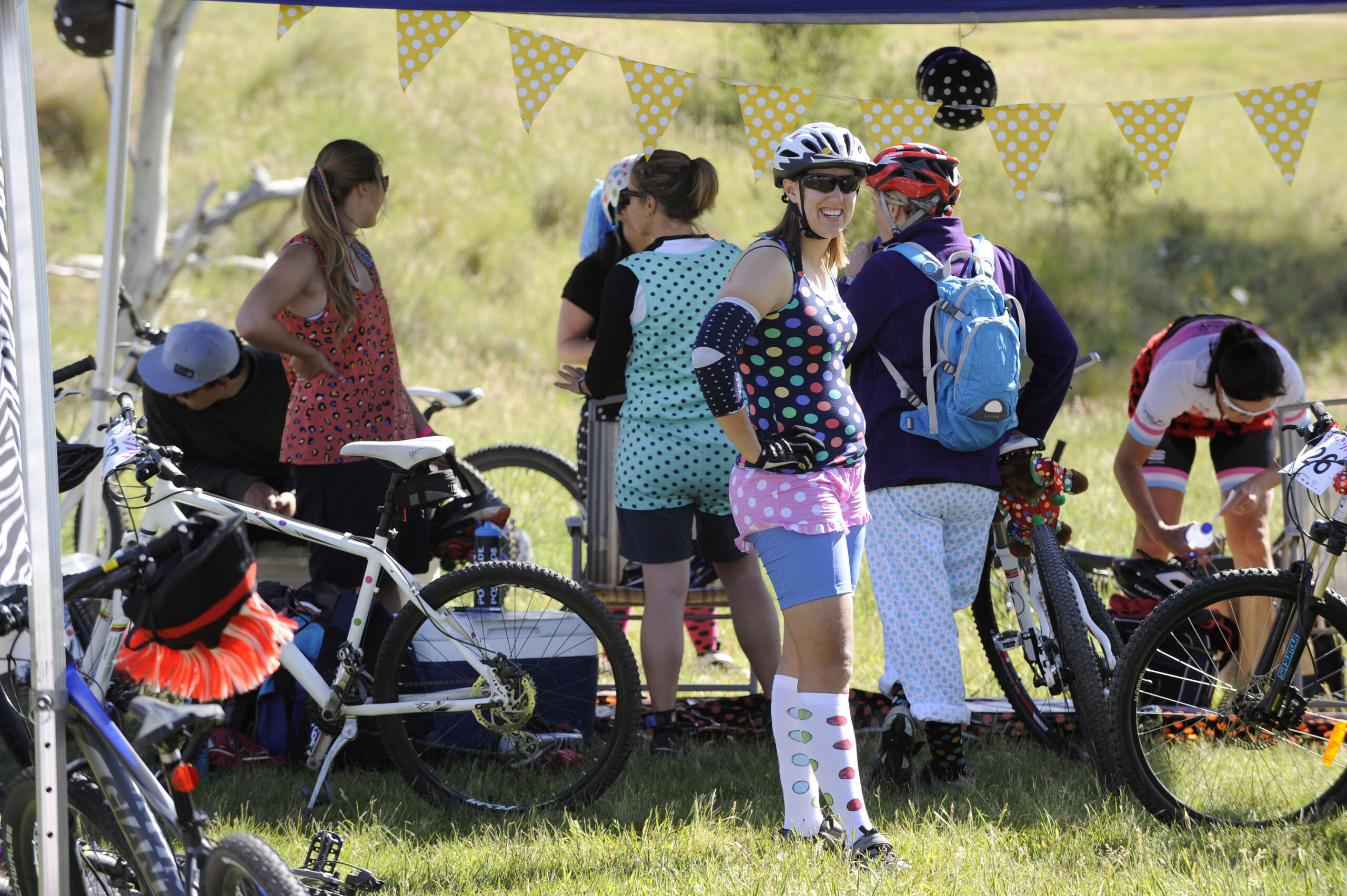 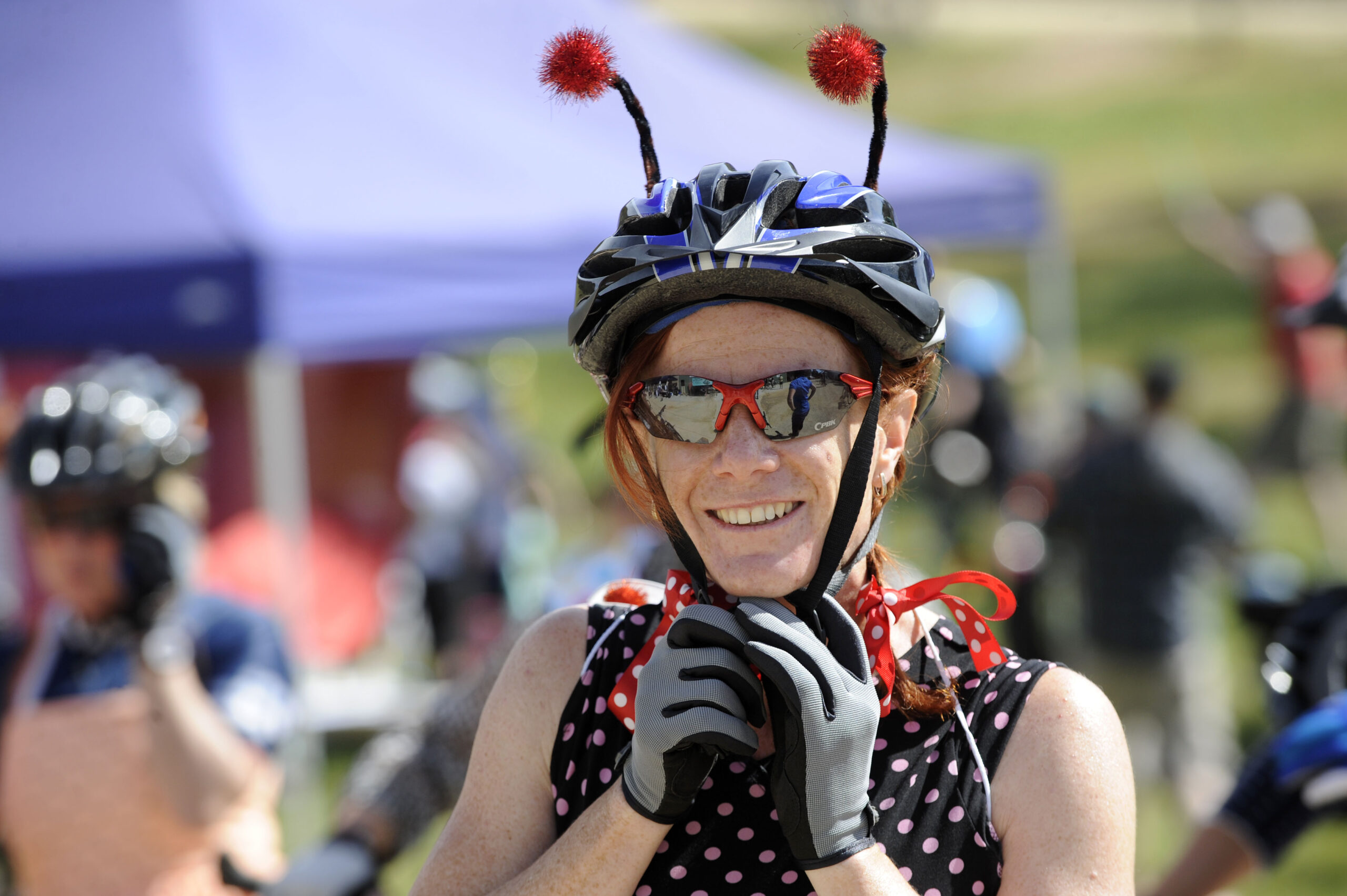 With an all-male volunteer crew spicing up the trails, pink bunting and cheeky signage around the course, and a relaxed and social atmosphere created by sweet tunes and a charismatic MC, there was nothing for competitors to do but smile, ride, and enjoy themselves. Rolling Ground Jindabyne showed their support with professional timing and the setup of a sensational course, leaving the girls raving about the trails and keen to come back for more. Beers for every rider, courtesy of local sponsor Kosciusko Brewery, were well received on completion of their final lap, as was the free yoga session for riders to stretch out their weary muscles.

This was all followed by presentations, a mouth-watering meal and rad live music where participants, volunteers and spectators could socialise and enjoy the balmy temperature in a perfect setting for an after party on site at Bungarra.

Prizes were in abundance, thanks to our generous sponsors, and as well as prizes for the fastest in the XC and gravity events, prizes were awarded for a number of other achievements. The ‘Iron Maiden’- was awarded to those that battled on despite crashes, mechanicals and lack of experience, ‘Mini Maiden’- for the youngest rider, and the ‘Maverick Maiden’- which is awarded to the token badass that turns up with a bmx, a hangover, or in this case-no bike at all. 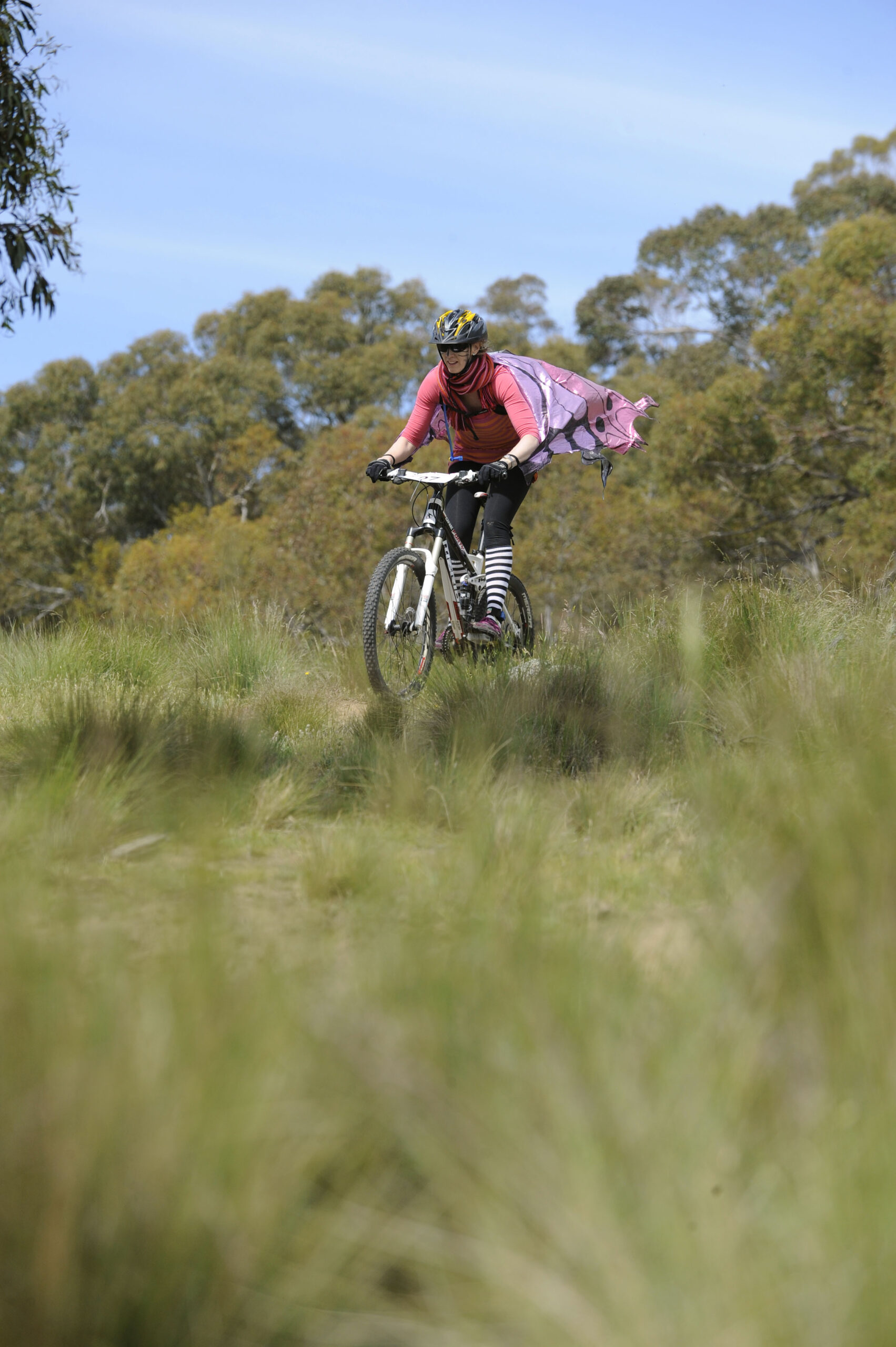 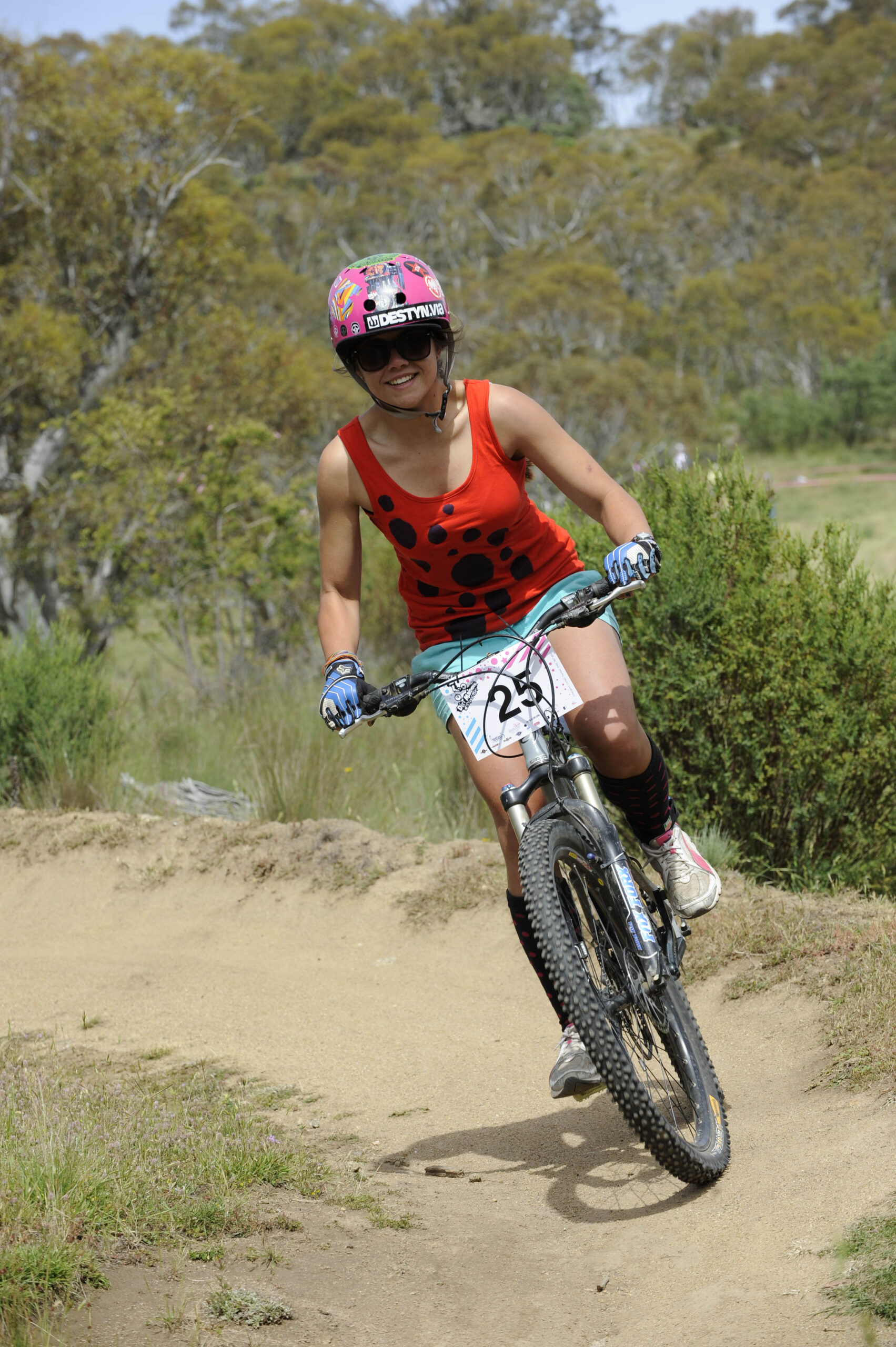 The following day, after a cruisey morning exploring more trails in the area, a large crew of girls gathered in Thredbo to show their support to one of our sponsors, and to our local gem and downhill legend, Tegan Molloy- who also generously donated a horde of prizes. No one was disappointed by the show she put on, as she hit the last jump and got bigger air, and applause than most of the lads.

For a first time event, with no marketing budget and no reputation to precede it, the first ever Dirt Maidens Challenge has been hailed a great success. With nothing but positive feedback, there appears to be a large number of girls who will be back- with a posse of friends in their wake. This means we will also be looking for more sponsors to make the event even better, and more volunteers of the (single) male variety to come along and support the girls, and spend a weekend riding in the beautiful Snowy Mountains.