Dominic Hook and Baxter Maiwald set their imaginations loose in this unique approach to the current reality of isolation.

Intent on not sitting on his hands, Baxter has spent the Victorian lockdown putting his skills and energy to use in his very own backyard. There are certainly worse places to be stuck during a lockdown than a lush and loamy fern-covered hillside. Lucky for some!

After recovering from a broken ankle Baxter was eager to get back on his bike with mates and hit the road. But of course, CoVid19.

He had his dirt jumps to focus his energies, though the winter weather would render them a little muddy. So, he wanted more, he yearned for flowing turns down the hillside, styled like those sweet trampoline challenges on the Ninja Warrior courses on TV, so he built some, of course! 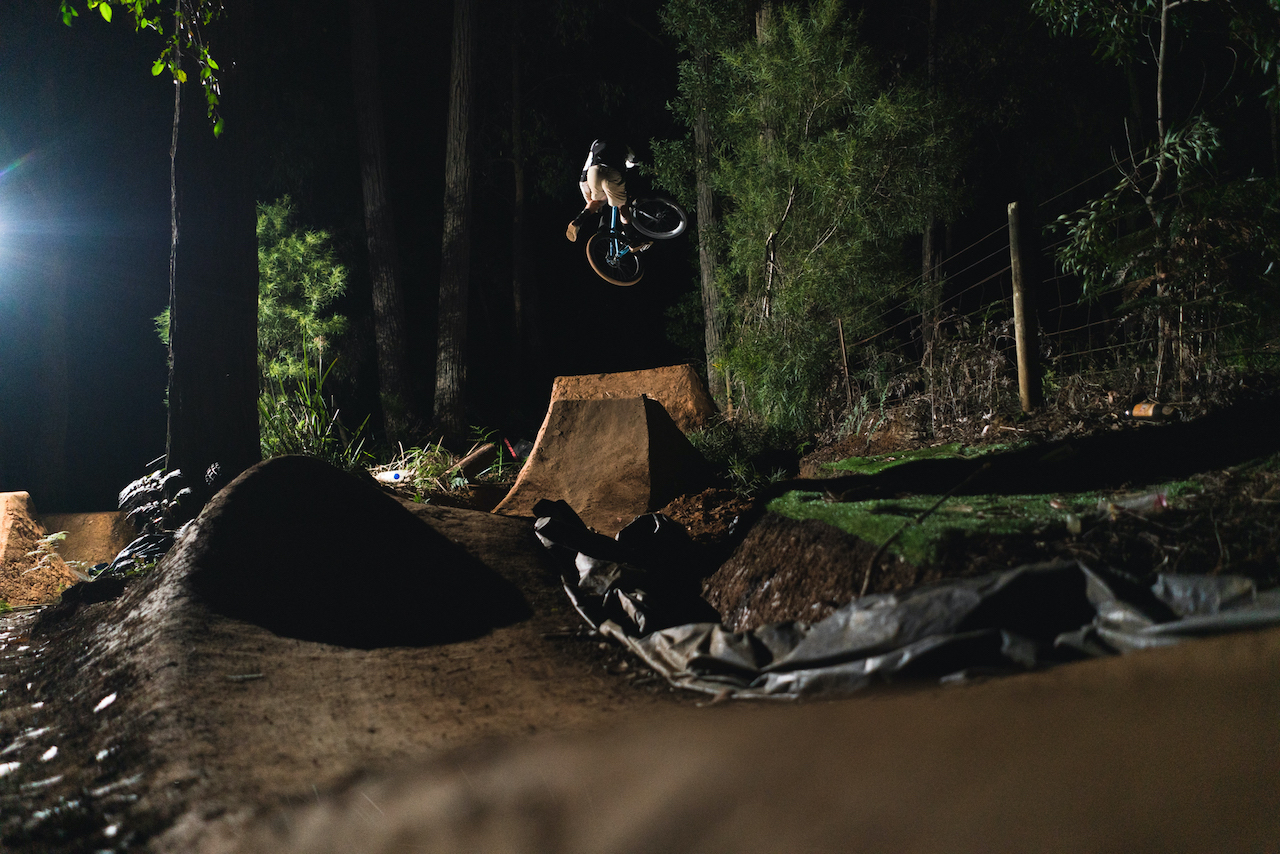 Who’d ride with him? Baxter didn’t even think to question it, somebody was already there, quietly hanging around his place, ready to ride with him. When Baxter asked this character if they were ever going riding, of course, the response was a resounding “yeah!”

At the time Baxter didn’t think much of the fact this guy is pretty darn fast and somehow knew the trails almost better than him already. He simply enjoyed the company of this very familiar new friend.

This is the moment where we lift the veil on this mystical and exciting freak of nature and let you know that in actual fact Baxter’s just gone a little loopy in his isolation days and has just spent a day riding with his imaginary counterpart Ben (who’s usually the guy ordering takeaway over the phone ‘cos Baxter can be a little tricky sometimes).

Imaginary or not, with some basic tools and a little creative thinking Baxter has been able to stay well and truly occupied with plenty of time smiling throughout the first and now the second lockdown here in Victoria, so the chin’s are up!

By Dominic Hook  and Baxter Maiwald