Pre-race talk centred around the difficulty of the course and it was expected that today’s stage would be as unpleasant as the previous day. The initial climb, which was used during the Marathon Championship in April, was to be repeated twice and it came with a reputation for being a destroyer of bodies and minds. Furthermore, one of the descents was extremely steep and reputedly covered with large boulders and bike swallowing holes. Before we set off on the neutralised nineteen kilometre section, the sky clouded over and the rain started to fall. The peloton moved off in anticipation of the pain to follow. 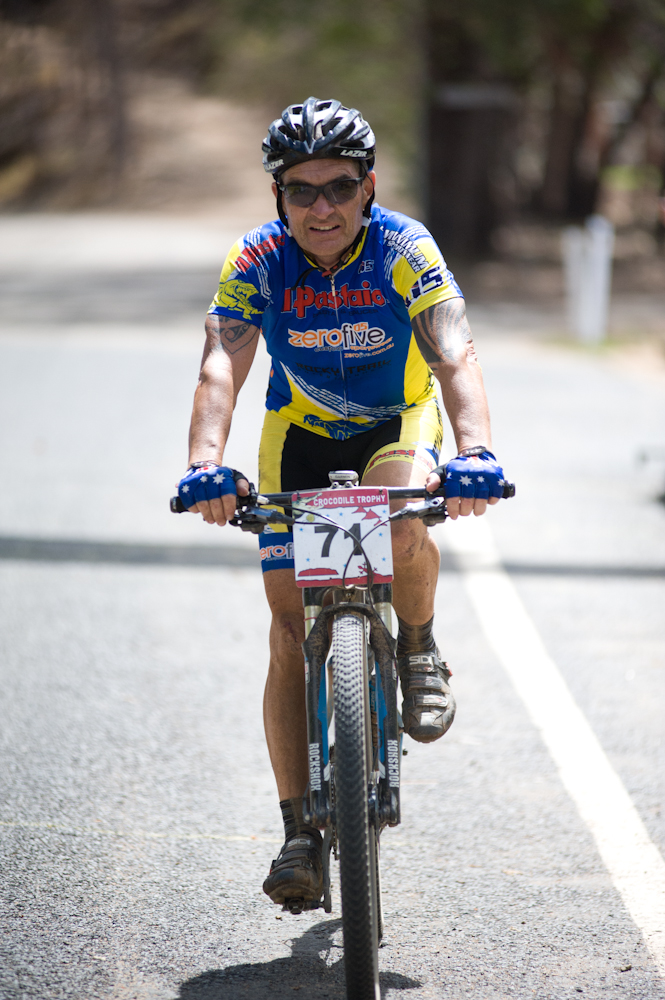 The start of the race was fairly comfortable and the first flat section resulted in a group of thirty riders working together in a fast-moving compact group. At this point, I was sitting at the back and quite enjoying the tow from ahead. But we were soon to hit the first long fireroad climb, where the group swiftly splintered, and the main contenders began to disappear into the distance. By this time, the rain had stopped but the remaining cloud cover was keeping temperatures cooler and much more bearable.

At the top of the climb we turned left into the new Atherton Forest Mountain bike trails and the purpose-built downhill. I would have really enjoyed this, but for the fact my second water bottle constantly jumped from its cage. I knew that the temperature was sure to rise and I was not going to risk dehydration and so I stopped three times to pick up the hydration vessel in the knowledge I was losing time on my competitors ahead.

I managed to close on a group of three riders and entered the singletrack in better spirits. A couple of riders had come to grief in this section including third placed rider, Austrian, Christian Wenger, in my M2 category. Following this fast and flowy section, we made our second visit to the fireroad hill climb. I overtook a number of riders, who had passed me on the downhill track, including teammate Martin Wisata. At the top of the climb, I found myself with Belgium riders, Kristof Roelandts, and female race leader Liesbeth Hessens. As the race transpired, we were to stay and work together for the rest of the day. 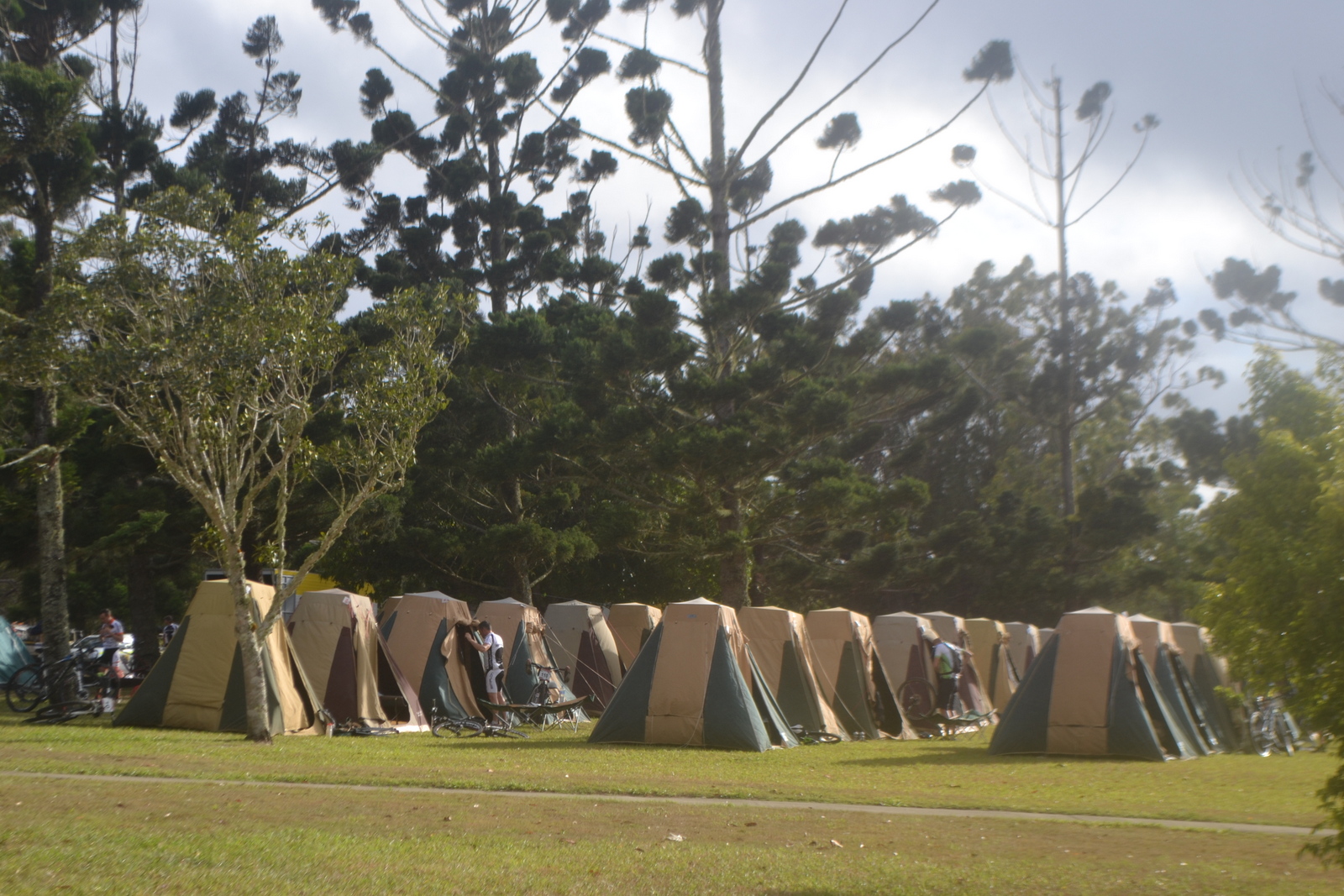 A few shorter climbs were negotiated until we topped out at 1200 metres and began a number of steep descents. Fortunately, these were not as rough as predicted earlier, and progress was made without any mishaps. During the final 35 kilometres, my Belgium counterparts and I shared the pace-making, swapping turns of pace at the front of our group of three. I was amazed at how strong Liesbeth was on the flatter sections, and she was keen to drive the group for extended periods of time.

I knew Kristof was breathing down my neck in the M2 General Classification and so this stage would provide an indicator of who was the strongest at this point. I tried to break away from the Belgium duo several times but they would eventually reel me back in. Now Kristof was refusing to hit the front and would take shelter behind us. I decided I could not break this Belgium partnership and I would have to wait to the finish and take it to a sprint. As we climbed the last short hill, I set off for the line but Kristof was able to come over the top and take fifth place for the stage and 20th overall.

Unlike the dire predictions of the morning, this stage proved to be extremely enjoyable for most of the riders. Cory Wallace was able to utilise his superior mountain bike skills and take first place in the elite category. In M2 I moved into third place overall, mainly due to Christian Wenger’s crash. Only 13 minutes separates third through to sixth so the last spot on the podium is still wide open. Peter Selkrig cruised to victory in M3 to earn a hat-trick of boomerangs while Martin Wisata finished sixth and moved up to fifth overall in the M1 category.

Tomorrow, sees the riders travel 118 kilometres from Irvinebank to the working Cattle Station at Mt. Mulligan. With only 1600 metres of climbing and an altitude drop of nearly 400 metres, this promises to be a slightly easier stage albeit across some extremely rough trails.