For a little island, Tasmania is making a lot of noise.

Powered by the sprawling colossus of Blue Derby, Tassie has stormed to the front of the Australian mountain bike scene. Save your Tasmanian jokes, folks, this spot on the map is putting the rest of Australia to shame. And with the world’s attention falling on Derby for the Enduro World Series, we thought it was time to delve a little deeper and see what we could find on a circumnavigation of the state; welcome to the Tassie MTB Road Trip.

Our journey begins in Hobart, a town that will stop you in your tracks with it’s natural beauty, and with the riding to match. Cut in half by the River Derwent, and lauded over by the hulking 1000m beast of Mt Wellington, it’s a dramatic setting for some incredible riding.

One thing that grabs us about Hobart riding is how close it all is to the CBD, no other Aussie capital city can boast so many distinct trail networks this close to town. We teamed up with adopted local ripper Jaclyn Schapel for a tour of three of the best.

On the eastern side of the river runs the Meehan range, a lumpy caterpillar of rolling hills and steep cliff lines, that’s riven with trails. It’s a tremendous mix of organic volunteer built stuff, quirky, plentiful and varied, blended with professional machine-built flow. Our time on the Meehan was spent in Clarence MTB Park, the hub of this area, and the easiest region to navigate as a newbie. We barely scratched the surface, but at least we scored a magical sunset over Hobart, with the day’s final rays bending their golden way around the black of Mt Wellington. Magic! 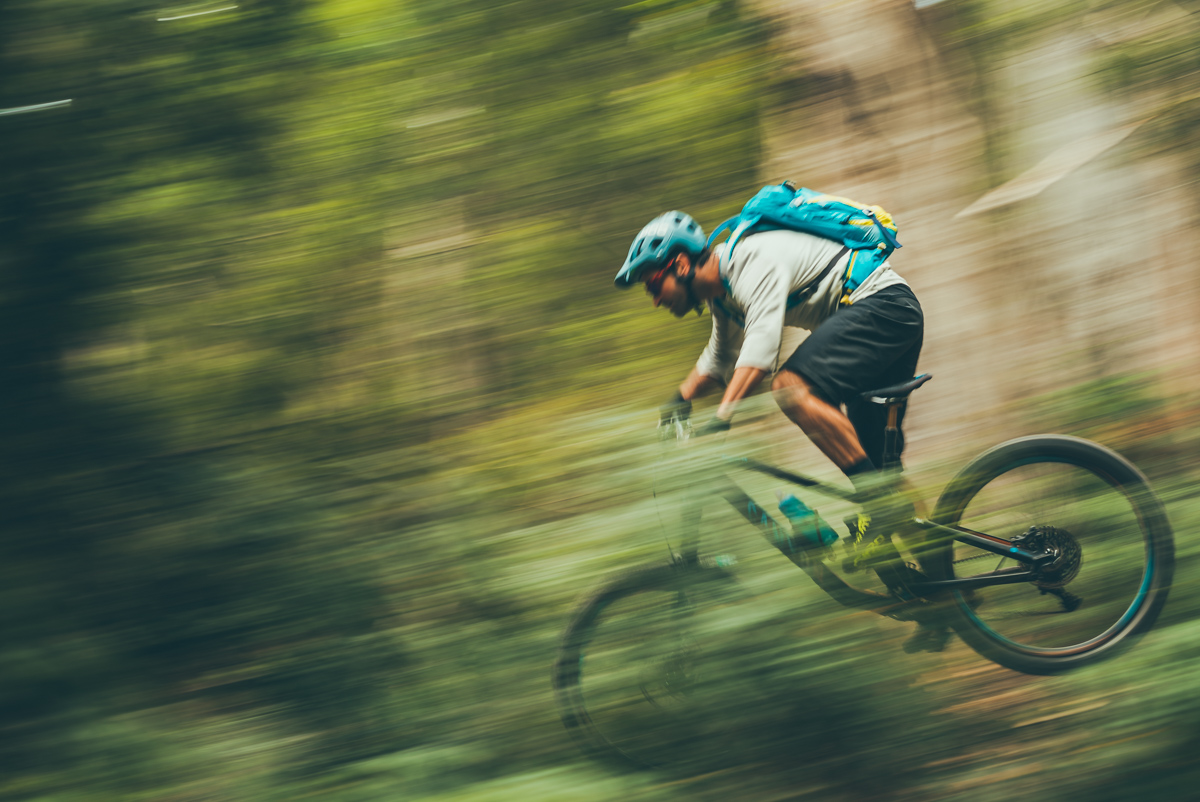 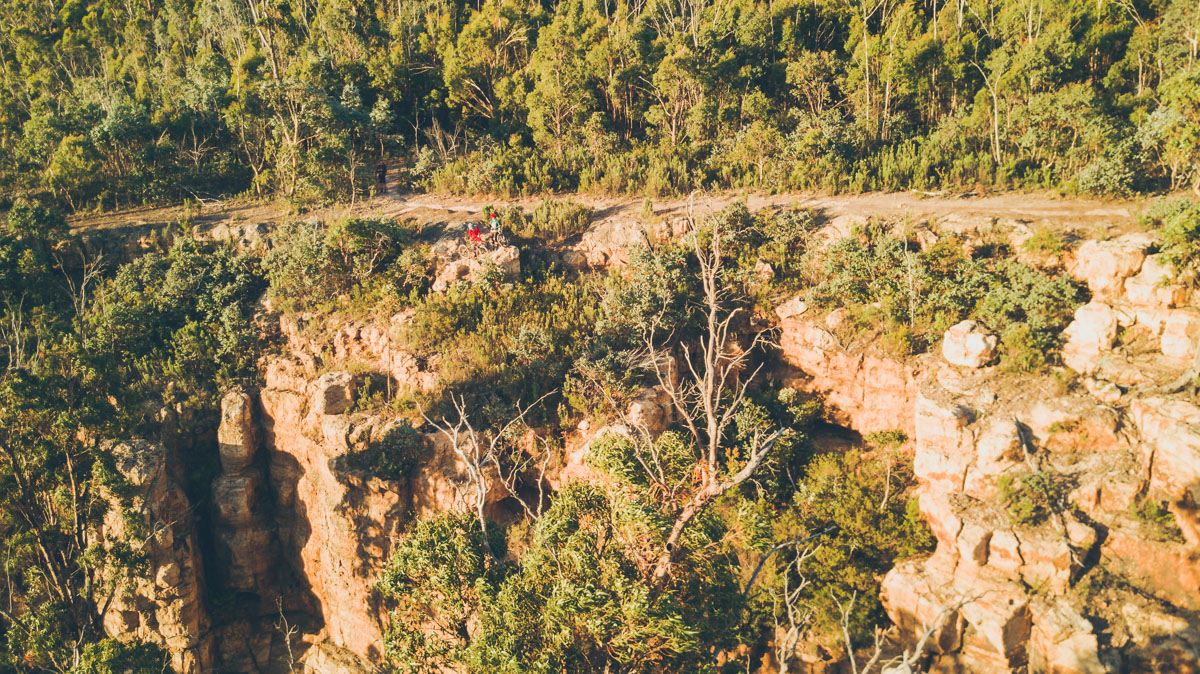 If you know much about Tasmania, you may have caught wind of the north/south rivalry, embodied in the battle between the Cascade Brewery (Hobart) and Boags up north (Launceston). With that in mind, the trails of South Hobart might just be the most parochial of all, finishing as they do right on the doorstep of the Cascade Brewery!

This rabbit warren of trails is largely off-the-radar, so to get the most out of them you’re best served by rustling up a local to ride with, doing a bit of research, or just getting amongst it and following your nose!

These trails fall in the pitching, steep folds of Mt Wellington’s lower slopes, and you find yourself plunging into deep pockets where the sunlight rarely reaches, the terrain flipping from dry gums and chunky rock, to loam and mossy decay as you slide onto the southern side of a gully. 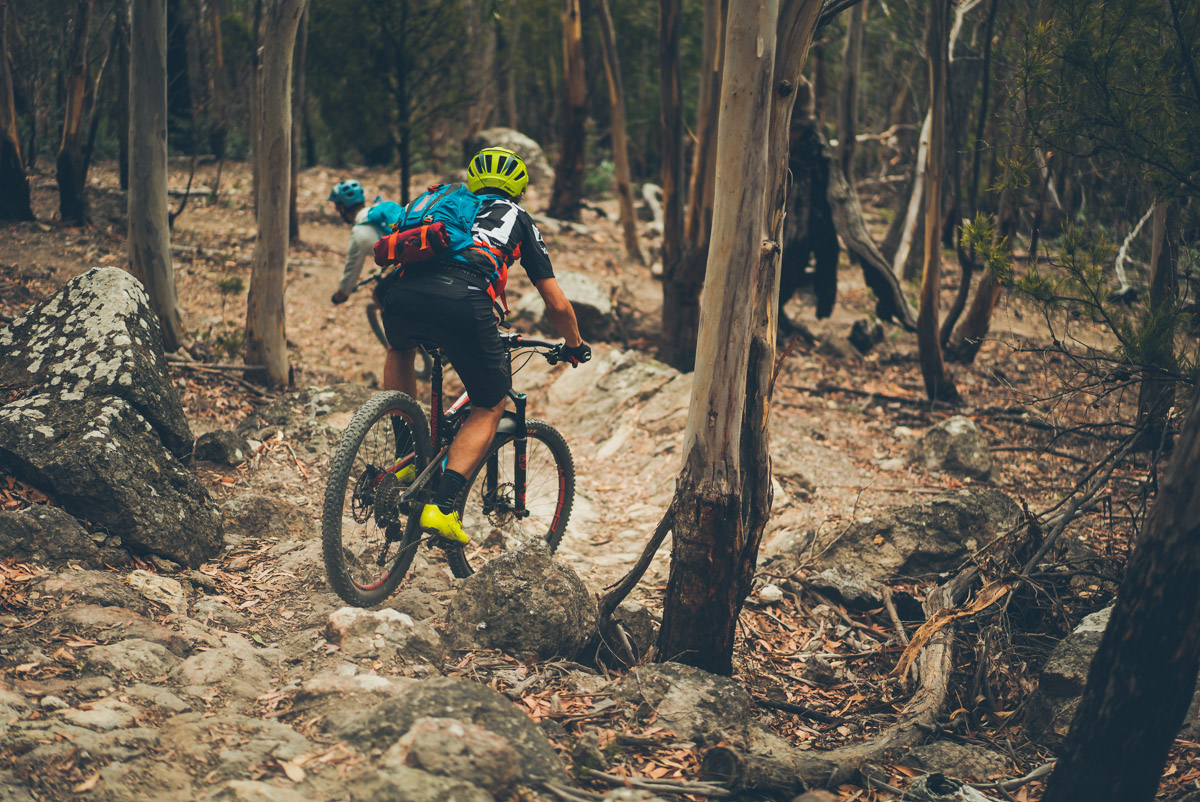 Explore away, you know you’re never more than few minute’s descent from a bakery or cafe, such is the beauty of riding in Hobart. If you’re keen to extend your ride a little (ok, a lot) further, then the South Hobart network is a perfect precursor to a run down the North South Track, Hobart’s best-known trail. 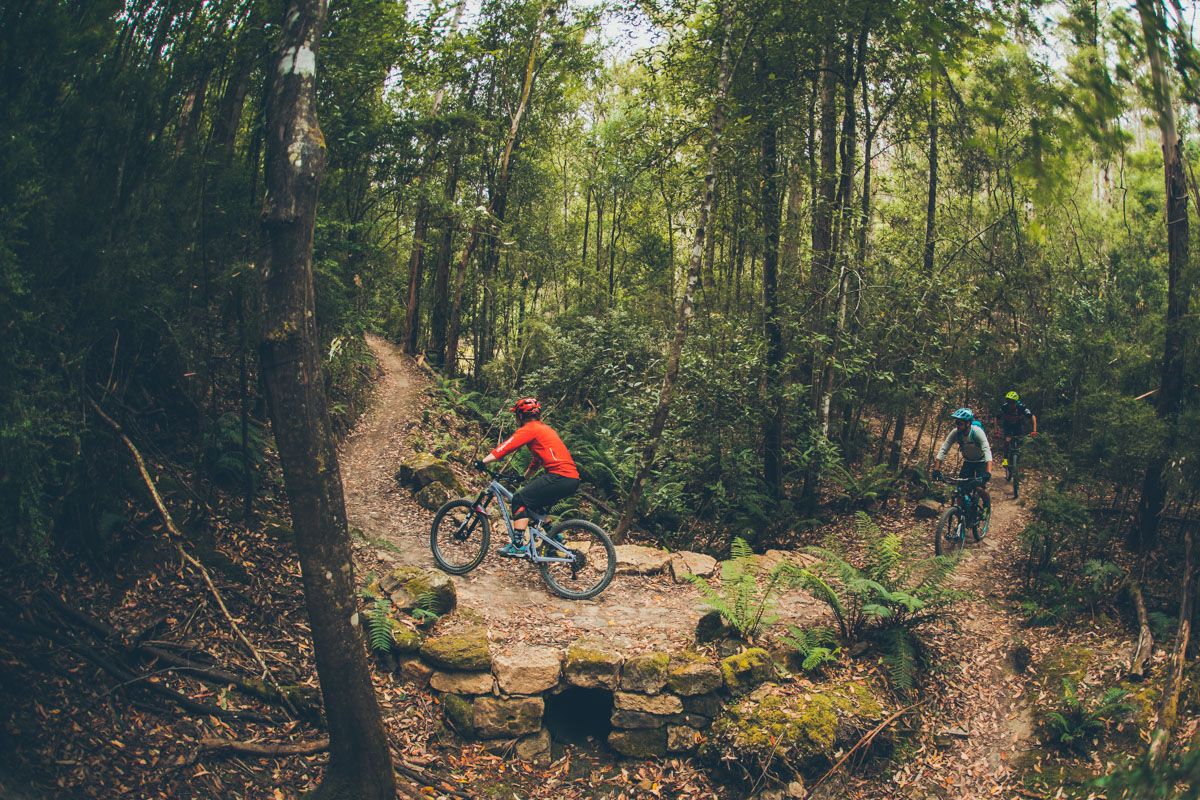 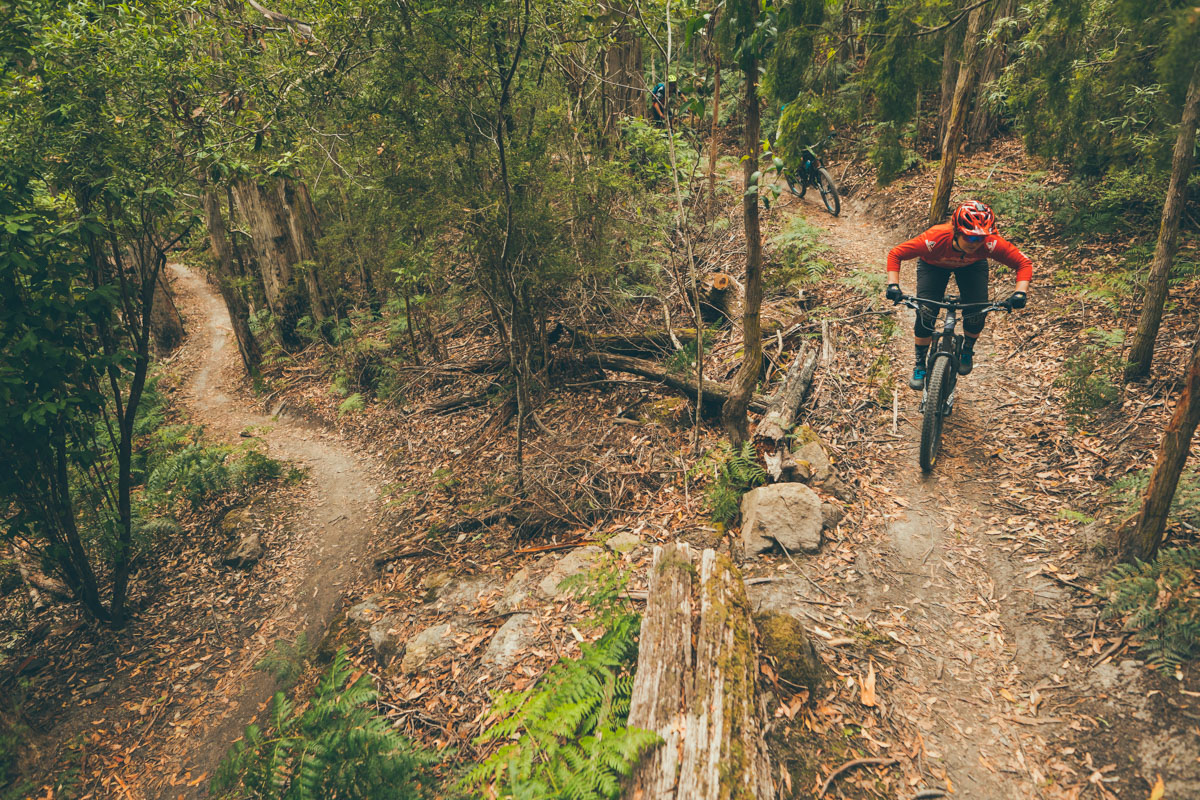 You’ve likely heard of this one before. The North South Track was a marvel at the time of its construction, and it still holds its own; a wide-eyed, tree-dodging, moss slipping, seemingly never-ending descent, you can’t leave Hobart without a ride here.

Tracking this trail down is easy: from the mid-point of the road up the mountain, you’ll see the signposts for the North South Track. Follow them into the forest, engage your senses, and let it run! As you pick up speed, the trees seem to tighten up, the rocks whistle past your bars, pedals and derailleur, the number of “I can’t believe I got away with that” moments accumulate. And it just keeps on giving, the brief climbs or traverses offer a chance to reset your brain, but don’t switch it off, as there’s much more to come.

When you hit the open rock scree slope, make sure you take a moment to appreciate where you are and what you’re rolling over. The craft in this trail building is exquisite! Quite how the builders envisioned and massaged a way through this cascade of rubble is remarkable.

As the trees open up and you hit the lower regions, you find yourself at the top of the Glenorchy MTB Park, the site of many a National Series race, and a whole other zone to explore. You’ve got options here, so choose your adventure, they all end up funnelling you down to the trail head below. Enjoy the moment, you’ve tamed one hell of a trail! 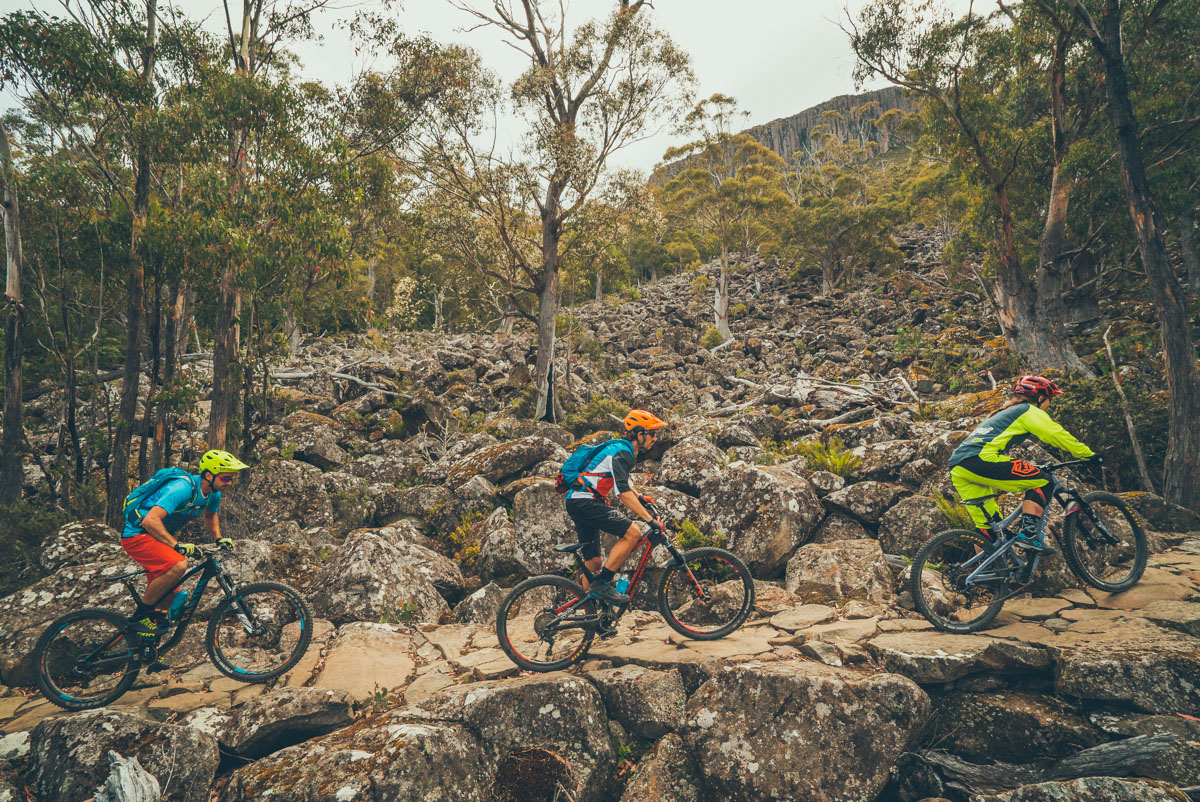 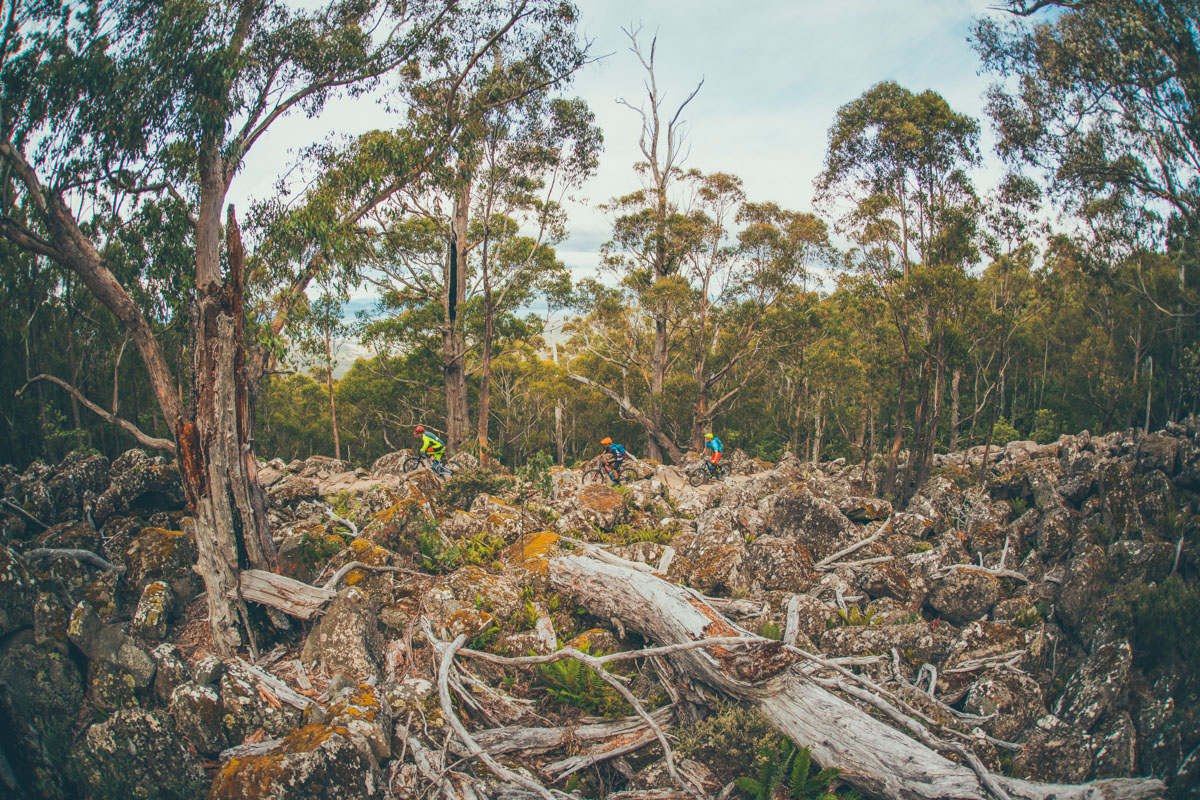 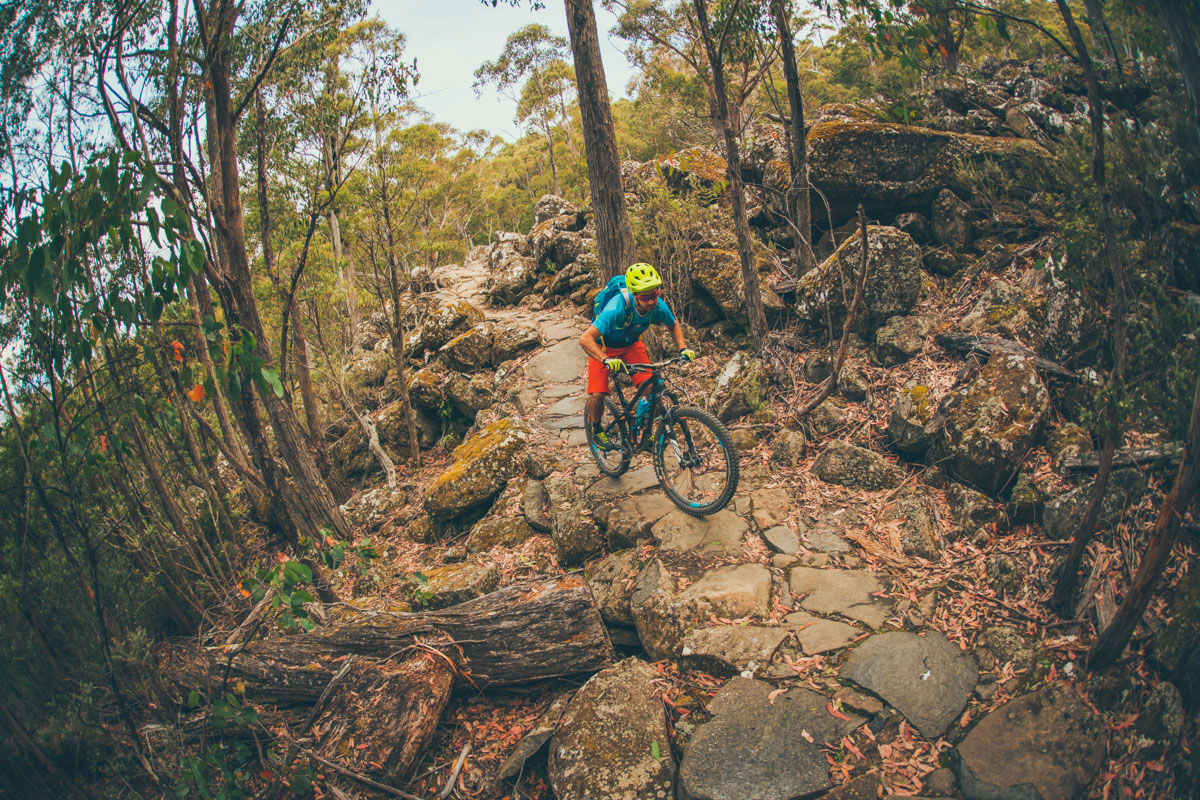 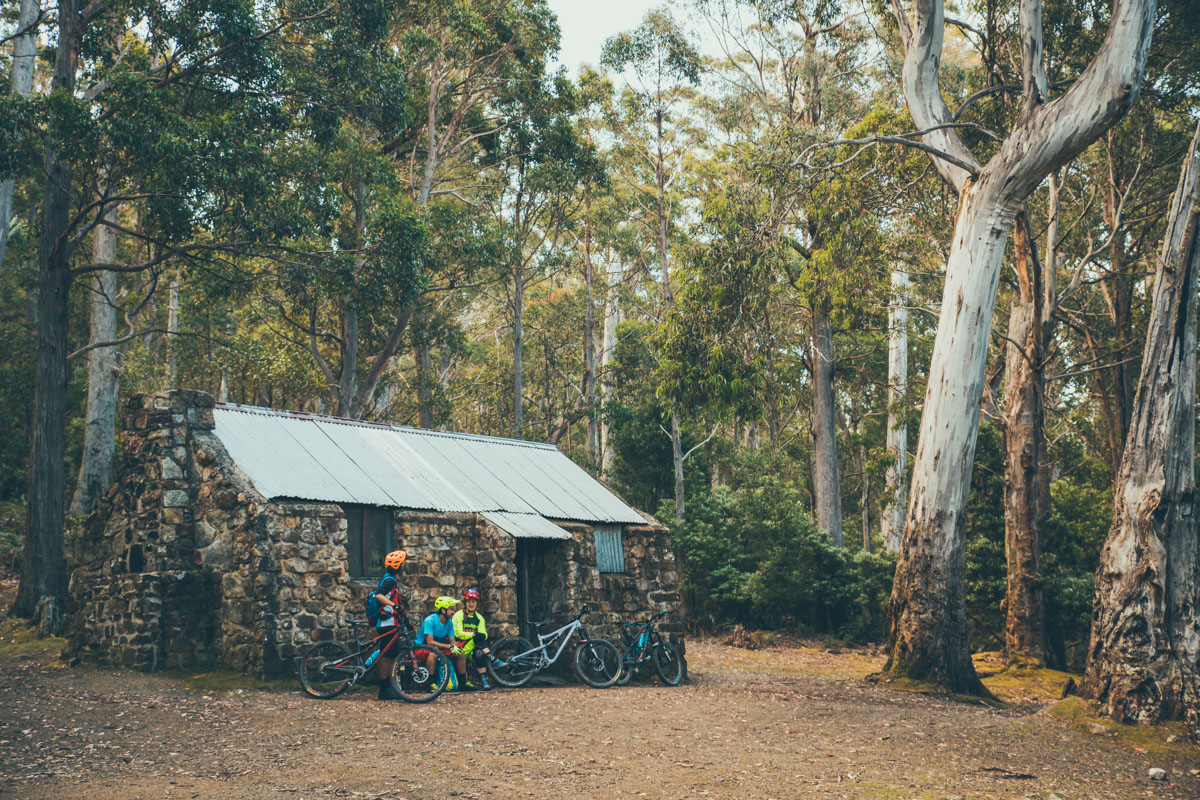 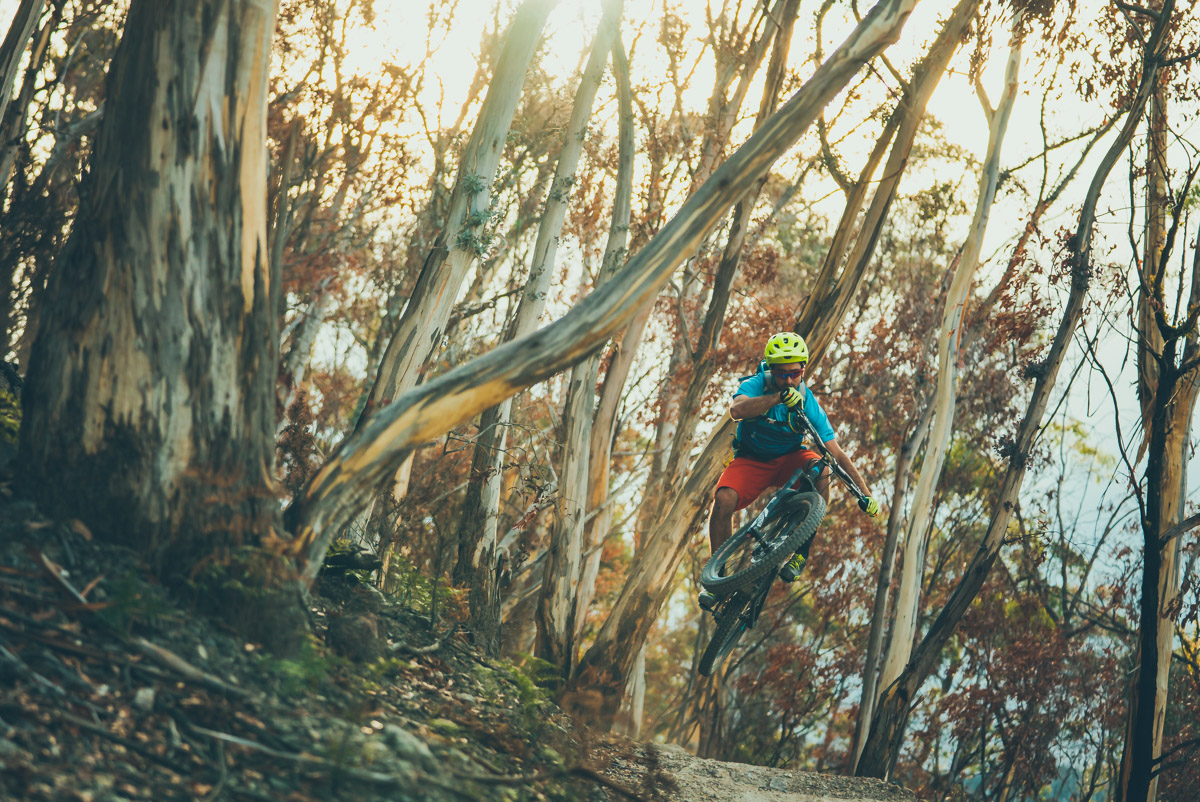