Tory Thomas is the latest signing to an incredibly impressive roster at the Target Trek MTB team. As one of the most experienced female elite racers in Australia, she’s possesses a wealth of knowledge to impart upon the young squadron. Flow quizzed Tory about her role in the new team and why she joined the Target Trek crew.

You’ve just signed up with the massive Target Trek powerhouse team – what are you looking forward to most about this setup?

There is a lot to look forward to! If I have to pick what I’m most looking forward to, then that’d be being part of an upbeat and motivated team that offers fantastic support to its riders.

Why did you choose to join the Target Trek team? What about it appealed to you?

I like the people on the team, they are confident and motivated and love mountain bike racing. I respect how the team backs their riders to achieve great results domestically and overseas. Riders are given the support they need to improve and develop, with a big emphasis placed on enjoying the process of riding and racing.

What do you see your role as being in the team, beyond simply racing?

When I started racing there weren’t really any experienced riders available to me to be able to talk about training and racing. I’m keen to do my best to help the younger and less experienced riders on the team with their racing. I think that even simple things, like riding a practice lap of a course, or debriefing after a race, can be invaluable in terms of learning and helping to build confidence with racing.

I think too that there is a role to play within the team to support the other elite riders in achieving their goals, and just doing my bit to help to create a friendly and relaxed team atmosphere when we are together as a team. 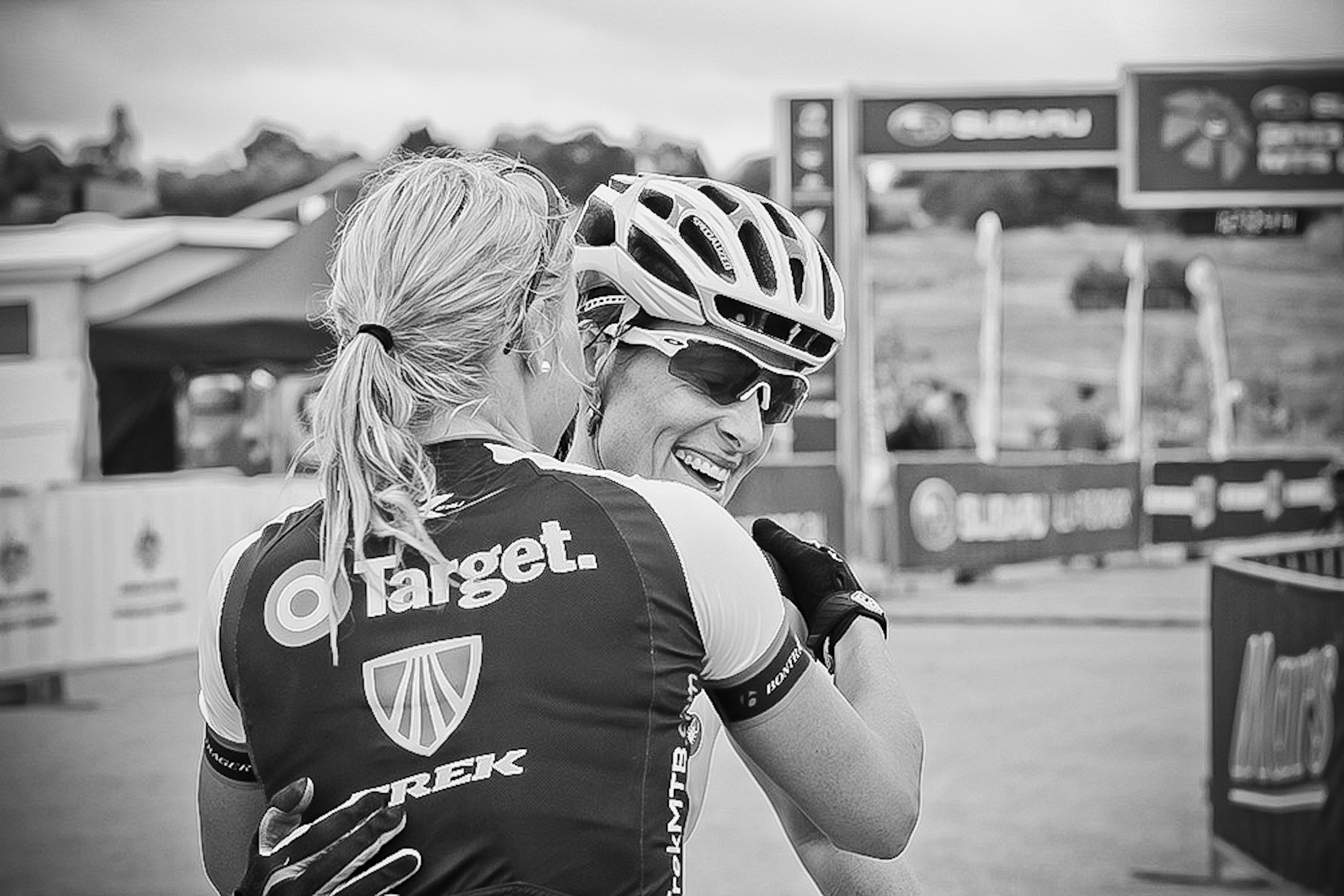 You’ve been racing as a privateer lately (prior to joining Target Trek). Tell us about that.

Not surprisingly, things changed a lot when Tim and I became parents. I think I have struggled a lot during my cycling career to keep things in perspective, and travelling to all the races as a family has certainly given me perspective! The combination of racing and travel and sleep deprivation, breast feeding and all the other things that go along with parenting was at times really challenging and pretty comical. I think it was great to be able to treat the races as a good excuse for a family holiday, or when things got tricky as a bit of a travelling circus! I need to say, Tim has been an awesome support.

I think being independent and autonomous was important for me from a practical and a psychological point of view. It meant I could pick and choose to race in just a handful of events, when it suited us as a family. And there was no pressure or expectation from anyone to turn up to the race or to perform well.

I have been racing as a privateer with no official sponsors, but I did receive some support from a few people and places to put together my race bikes. It is really challenging trying to make things happen on your own, and Tim and I were really grateful for the support I did receive.

There’s a bit of talk about recently regarding the lack of fresh blood in XCO. Do you agree? What are your thoughts?

There’s always talk about the lack of fresh blood in XCO! Since I began racing, I’ve been told many times that Australia lacks talent. From my perspective, it’s been a really frustrating and demoralising experience being told time and time again that we are doomed – especially when there’s been virtually no investment in the current athletes. I agree that Australian athletes are under-performing, but that doesn’t mean that we lack the talent.

I think that’s a big reason why Target Trek is so appealing – rather than being negative and discounting current athletes and pouring funding and resources in to searching for better athletes, Target Trek is backing the current crop of elite riders in Australia.

What is your racing schedule looking like? Where will you be focusing your efforts?

Bit of this, bit of that! My efforts are going in to trying to get better and faster on the bike. I really haven’t done much racing during the last few years so I’m just looking forward to getting along to some races! I feel very under-raced, which is a nice feeling! Over winter I hope to do a few endurance events, a few road races and hopefully from cyclocross! All pretty low key. And some skiing – it’s cold in mount beauty over winter!

Lastly, what are your goals and aspirations racing wise throughout 2013-2014?

I’d like to be fit in time for the National XCO Season, but my main focus is preparing for World Cups next year. I’d love to finally go to a World Championship, but along the way there are heaps of races to look forward to and lots of fun adventures ahead.