I’ve been riding mountain bikes for almost 20 years, and I like to think I’m pretty good. But last season a mate pointed out that my riding I was really inefficient – my cornering was awful, and I overbraked on everything. When I started to think about it I realised that he was right, I was inefficient, and I was massively overthinking the technical stuff (and usually screwing it up as a result). 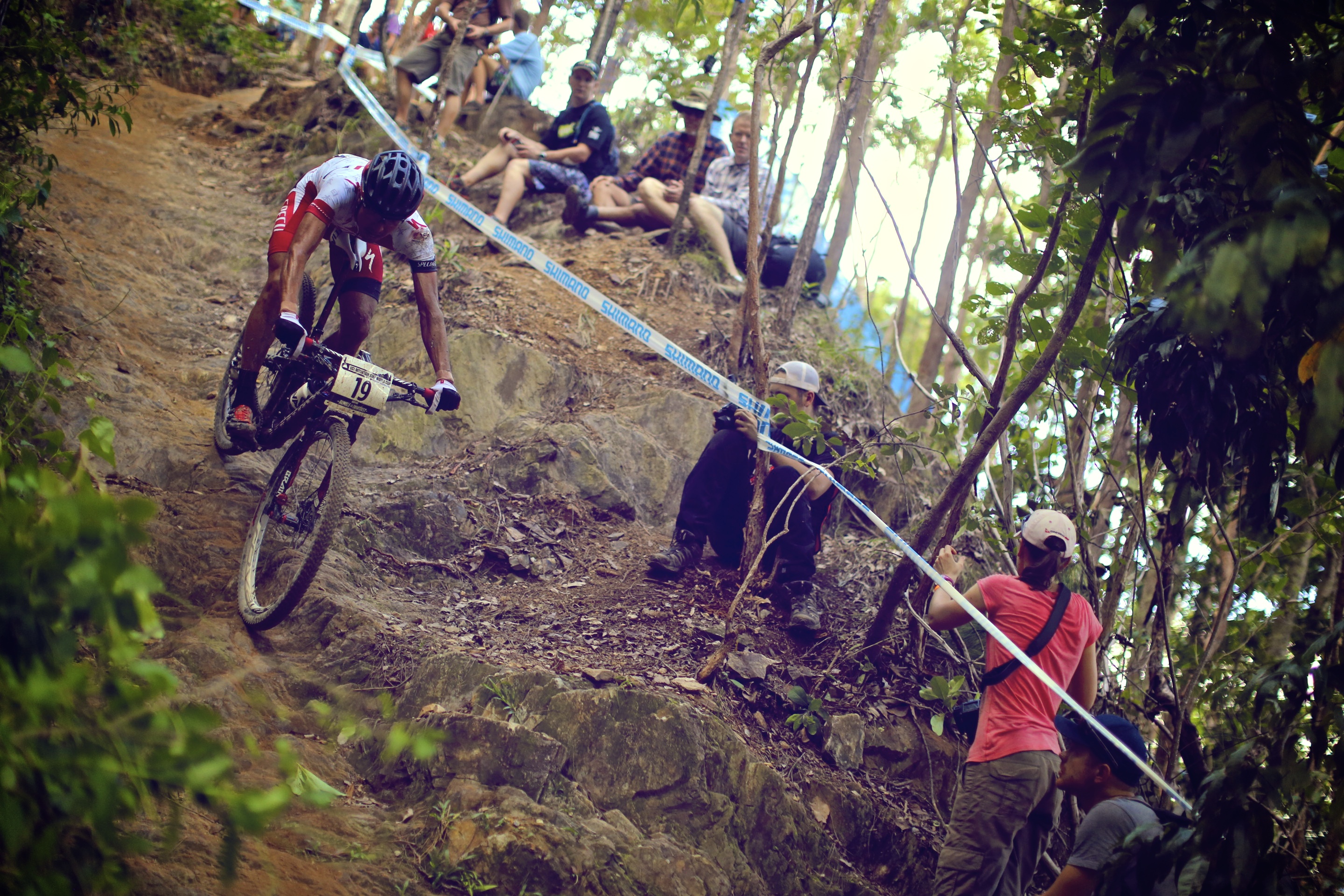 Then I realised something important: I’ve never really learnt how to ride a mountain bike properly. In fact, if you’re anything like me you probably learnt to ride your bike by trial and error with your mates (who were maybe slightly better riders than you). Like me you never learnt the basics, like efficient braking and balancing through corners, let alone the harder stuff, like drops, picking lines through rock gardens, or staying upright on sketchy corners.

Then I realised something important: I’ve never really learnt how to ride a mountain bike properly. In fact, if you’re anything like me you probably learnt to ride your bike by trial and error with your mates.

So I spent the summer going back to basics. I rode easy trails at slower speeds, and forced myself to concentrate on what I was doing. By slowing down I was able to focus on riding my bike properly and, in the process, reprogram my brain so that these gains stayed with me when I sped up. 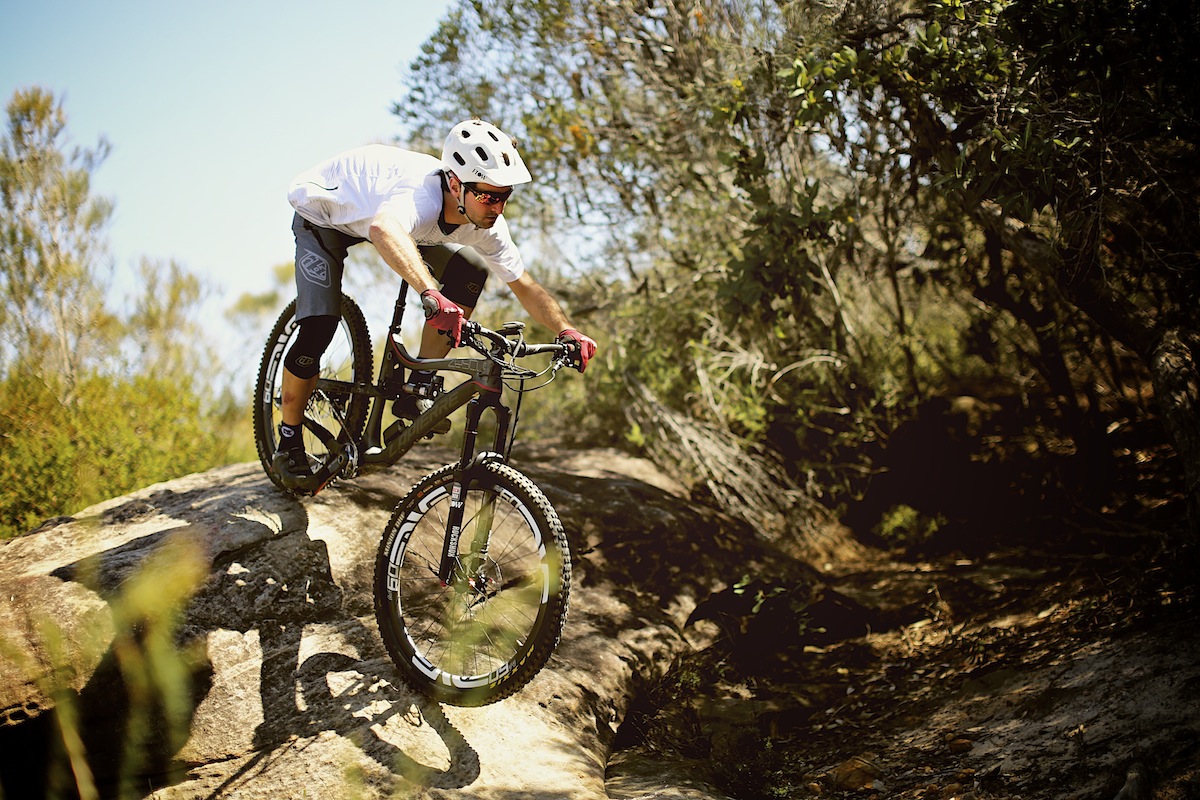 But I’m getting ahead of myself. To be the riders we want to be, we’ve got to go back to basics and ask an important question: what controls our riding, our brains or our bodies (hint: it’s your brain)? So let’s start with a bit of neuropsych 101 (I’ll keep it brief).

As a mountain biker, one of the most important parts of your brain is a region called the cerebellum, an area responsible for most of your fine-motor control. Your cerebellum is the part of your brain that keeps you on the bike when things get sketchy before you’ve even figured out what’s going on*. Most importantly, you can’t access it consciously, it’s basically a completely separate system to ‘you’, that responds a lot faster than the ‘conscious’ parts of your brain. Because you can’t access it directly, there’s only one way to train it: lots and lots of practice (see part 2).

This is crap for riding, because it’s hard to ride well when you can’t think.

There are two other brain regions mountain bikers should know about: the limbic system (your monkey brain) and the prefrontal lobes (your human brain). The limbic system contains your ‘fear centre’ – it’s best to think of this part of your brain as a “don’t eat me” system. This fear centre activates a process called the ‘fight or flight’ response, which kept your ancestors alive when bears tried to eat them. When activated, it triggers a cascade of physiological reactions (including increased release of adrenaline and cortisol) that helps you to run away – including a shut down of your prefrontal lobes: the parts of your brain that you think with (you don’t need your prefrontal lobes when bears are chasing you). This is crap for riding, because it’s hard to ride well when you can’t think.

Being a good rider is about learning to use the parts of your brain that help, and getting over the parts that get in the way.

As humans, we’re often the victims of the more primitive parts of our brains (like the limbic system), but we’ve also evolved an amazing ability to learn to do complex and remarkable things. Being a good rider is about learning to use the parts of your brain that help, and getting over the parts that get in the way. So, in part 2 we’ll look at how to (re)program your brain to make you a better rider. In part 3 we’ll look at dealing with your fear systems so you can ride with flow.

* We call this muscle memory. In reality, however, your muscles don’t have any memory: they’re controlled by our brains (specifically by a combination of our motor control strip and the cerebellum).

Dr. Jeremy Adams is a registered psychologist and director of Eclectic Consulting Ltd. He divides his time between mountain biking, working with athletes and other performers, executive coaching, and private practice.

In past lives, Jeremy has been a principal lecturer in sport and performance psychology at a university in London, a senior manager in a large consulting firm in Melbourne, a personal trainer in Paris, and a scuba instructor in Byron Bay. He’s also the author of a textbook on performance in organisational management, a large range of professional and popular articles, and a regular blog about how to be human (www.eclectic-moose.com).

Jeremy is based in Melbourne and can be contacted through his website (www.eclectic-consult.com).