More teams, more countries represented (including newcomers China, Indonesia, Iran and Israel), and larger audiences: the 2015 season of the UCI Mountain Bike World Cup presented by Shimano looks like being as enthralling as ever. A quick overview of the nine rounds of the season, which starts on April 11 and will be available on Red Bull TV:

Lourdes
New to the UCI MTB World Cup presented by Shimano in 2015, Lourdes will be one of three rounds – with Fort William and Leogang – 100% dedicated to Downhill. A regular French Cup stopover, the city in the south-west of France will kick off the season. The riders will no doubt enjoy its demanding track that offers a stunning view of the city.

Nove Mesto na Morave
Voted best XCO/XCE event in 2013 and again in 2014, the Czech round is appreciated by athletes and the public thanks to its modern infrastructure. For its fifth consecutive participation Nove Mesto na Morave opens the XCO racing and provides a dress rehearsal for the 2016 UCI MTB World Championships for XCO/XCE/XCR.

Albstadt
The German venue organises an XCO round of the UCI World Cup for the third time since it first joined the calendar in 2013. Created in 2004, the bike park features a combination of physical passages and technical sections and is used by a number of athletes as preparation ground in the lead-up to the World Cup. It is no surprise that Albstadt, in the south-west of Germany, is popular with the XCO riders.

Fort William
After first joining the UCI World Cup in 2002, this British stopover features on the calendar for the 14th time. Also host of the 2007 UCI Mountain Bike & Trials World Championships, this spot in the Scottish Highlands is a not-to-be-missed destination on the DHI calendar. Proof: Fort William was voted best DHI event in 2012 and 2013.

Leogang
With its bikepark launched in 2001, Saalfelden-Leogang is one of the most popular European meetings for the downhillers. The Austrian winter sports resort, not far from Salzburg, joined the UCI World Cup in 2010 and organised the Downhill / 4X UCI World Championships in 2012 followed by the 4X Worlds in 2013 and 2014. With its spectacular views, Leogang once again promises to be sensational.

Lenzerheide
Scheduled for the beginning of July, the Swiss resort is – along with Lourdes – one of the new venues this year. Lenzerheide will welcome the season’s first combined XCO/DHI event, which will also be the first of three rounds (2015-2017) at the venue in the lead-up to the 2018 UCI World Championships. The Swiss, traditionally strong in XCO, will have the chance to race at home and the athletes wait impatiently the first weekend of July.

Mont-Sainte-Anne
The Canadian round has gone hand in hand with the UCI MTB World Cup since 1991. This year it celebrates the organisation of its 25th UCI event. Hosting a combined XCO/DHI event in August, Mont-Sainte-Anne comes before another North American round, Windham. Situated in Quebec, one of the “Sommets de Saint Laurent”, the Queen of the World Cup deserves its reputation as a Mecca of mountain bike.

Windham
The round in Windham, a small resort nestled at the foot of the Catskills in the State of New York, will welcome XCO and DHI competitions. The downhill track is renowned for its final section, nicknamed Peaty’s Plunge. It is an event that is eagerly awaited by the fans, who benefit not only from the competitions but also the concerts for youngsters and families.

Val di Sole
After a year’s break, the resort in Trentino returns to the UCI World Cup calendar in 2015. It will be the final round, and therefore decisive for the XCO and DHI rankings. It will also enable the riders to put the finishing touches to their preparation for the UCI World Championships one week later. Host of the Worlds in 2008, Val di Sole will again organise the World Championships for Downhill in 2016.

In total, 130 teams are registered for 2015. This is the highest number of teams since 2012 (132) and up nine from last year’s total of 121. The number of nations registering at least one team is on the rise (33 compared with 31 last year), a sign that the mountain bike discipline continues to push back geographical barriers. Four countries have registered a team for the first time in 2015: China, Indonesia, Iran and Israel. Of the 130 teams registered for the 2015 season, 15 Endurance (XC) teams and 15 Gravity (DH) teams have UCI ELITE Mountain Bike status. UCI ELITE Mountain Bike teams benefit from advantages such as free entry to all races on the UCI Mountain Bike International Calendar in the discipline in which the team has ELITE status, including all rounds of the UCI Mountain Bike World Cup presented by Shimano. In return, they are obliged to enter at least one rider in all rounds of the UCI MTB World Cup series. 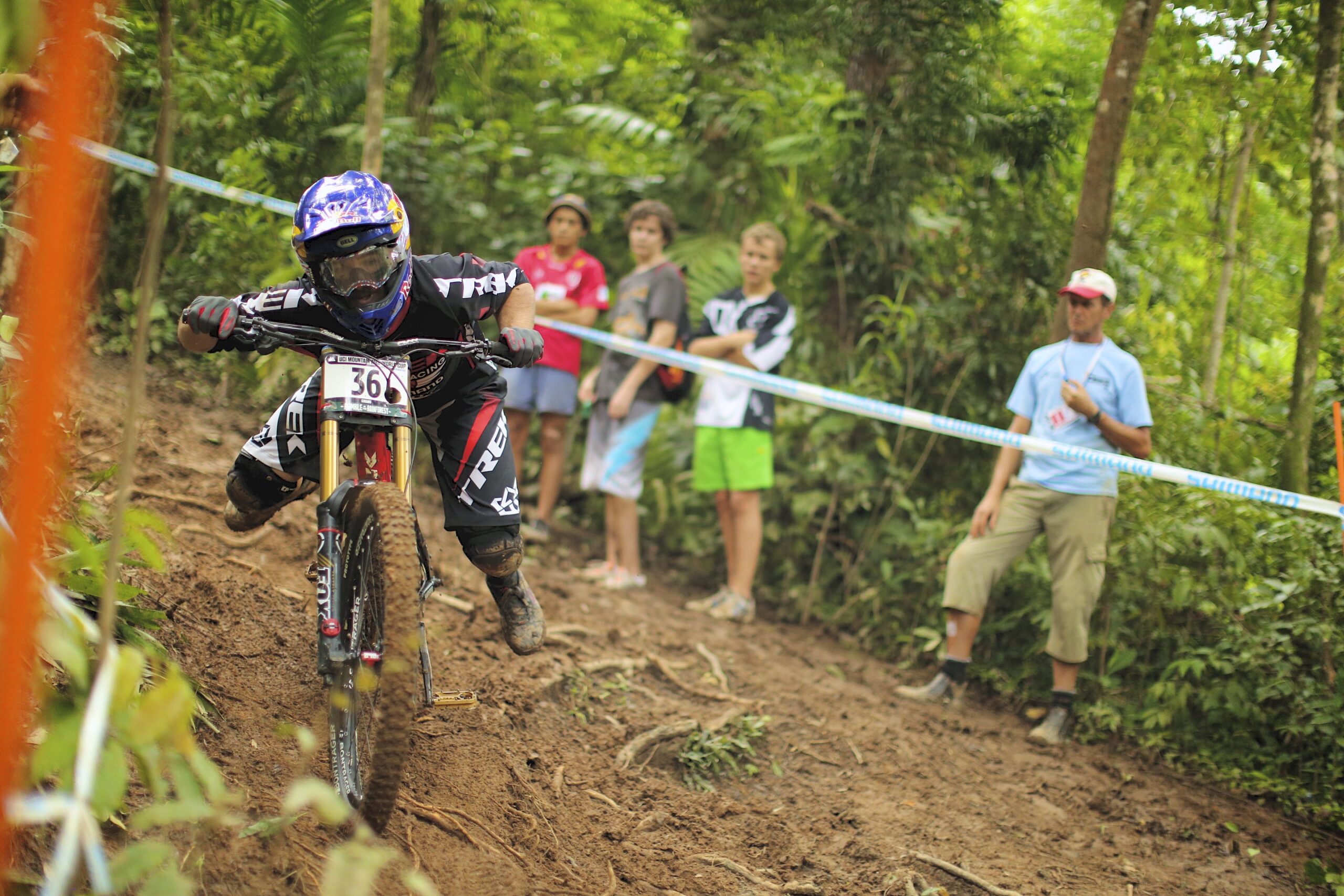 Collaboration with our partners

The continued success of our UCI Mountain Bike World Cup presented by Shimano is thanks in large part to our collaboration with our partners.

Shimano: presenting partner
Shimano is the world leader when it comes to bike equipment (derailleurs, gear cables, brakes, pedals, wheels etc). Shimano has been in partnership with the UCI since 1999 and provides technical assistance to the UCI World Championships (road, track, mountain bike & trials, MTB marathon, cyclo-cross and para-cycling) and for the UCI World Cups (cyclo-cross). Testament to their reliability, SHIMANO was also contracted for this service at the last three Olympic Games (Athens 2004, Beijing 2008 and London 2012) as well as at the Youth Olympic Games (Singapore 2010 and Nankin 2014). The contract with Shimano was extended in 2012 for a period of four years (2012-2016).

Red Bull Media House: official media partner
Red Bull Media House has been the UCI official media partner since 2012, and this is the fourth consecutive year that it will produce the live broadcasts, highlight magazine shows and various clips from all nine rounds of the series. Nearly 37 million television viewers in 19 countries worldwide tuned in to watch either live coverage, highlights or news broadcasts of the 2014 UCI Mountain Bike World Cup presented by Shimano, while 2 million chose Internet. Our exclusive production and online broadcast partner, Red Bull Media House reported a total of 1.2 million live views worldwide on Red Bull TV and redbull.com/bike, plus 800.000 views by VOD in the first four days after each race.

GoPro: official partner
As the exclusive camera sponsor of the UCI Mountain Bike World Cup, GoPro is once again looking forward to adding a sensational dimension to the series coverage. The maker of the world’s most versatile camera and enabler of some of today’s most engaging content will provide fans across the world with new and unique viewpoints of the world’s best mountain bike athletes. In addition, GoPro is excited to meet two-wheel fans around the globe at the UCI World Cup stops!