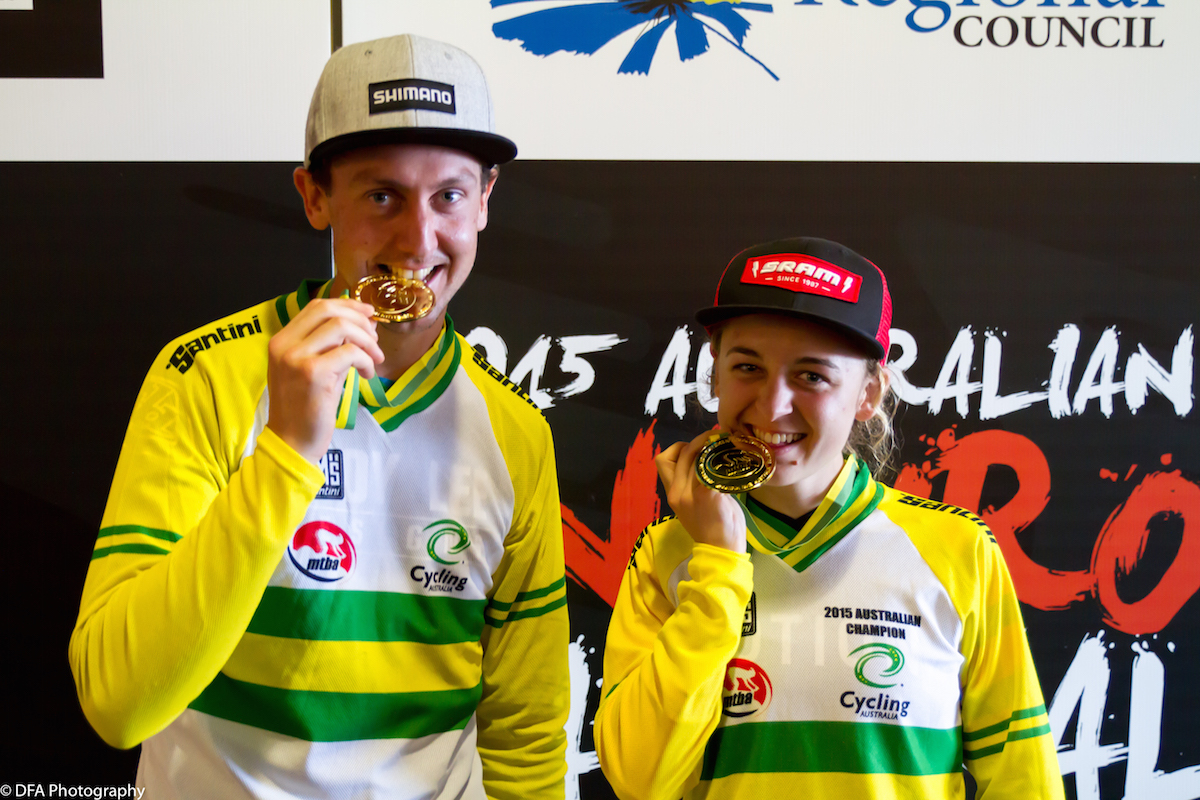 The popularity stems from Enduro racing mirroring the riding that mountain bikers participate in with their friends, transitioning up hills and then racing down. 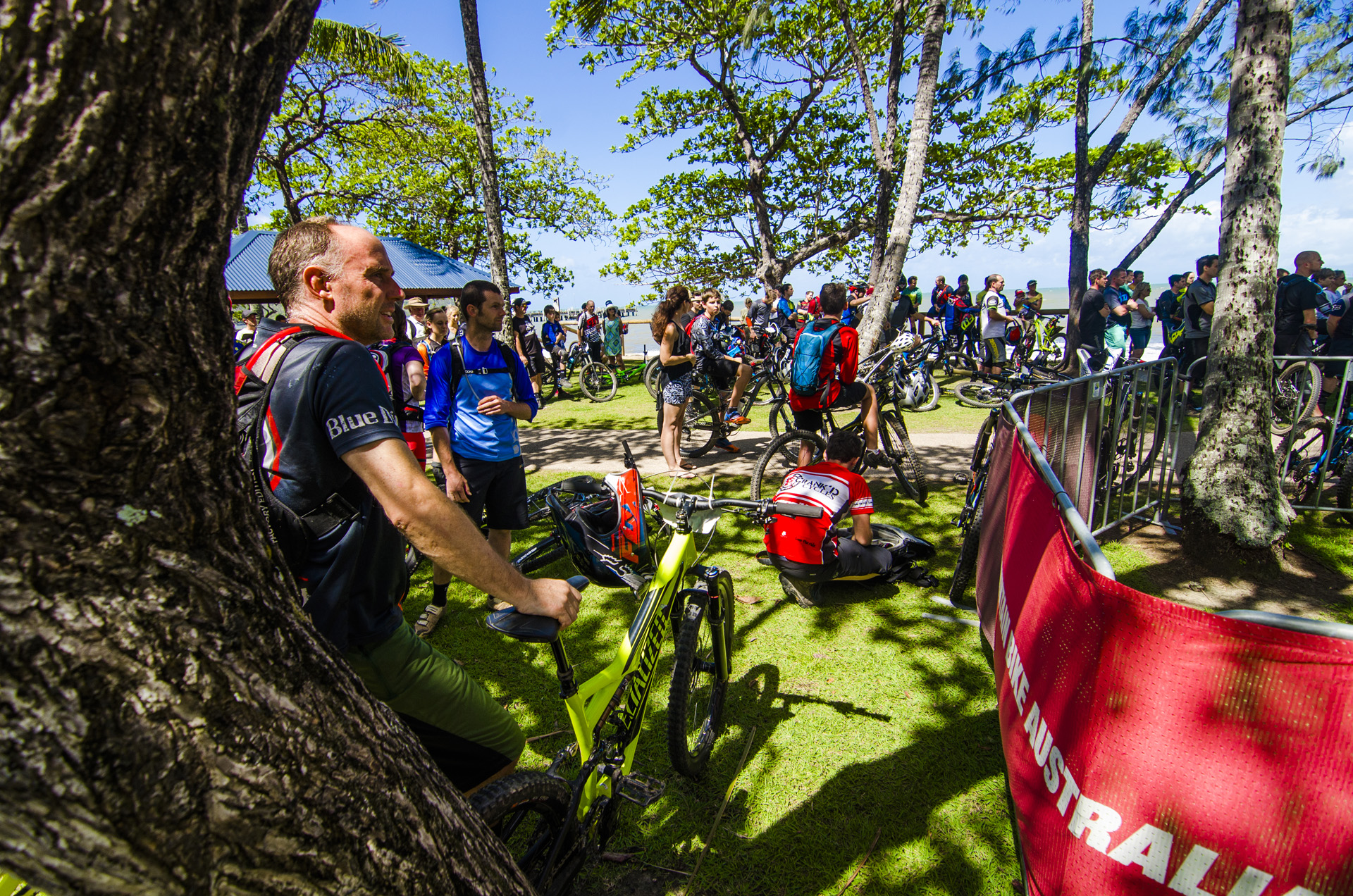 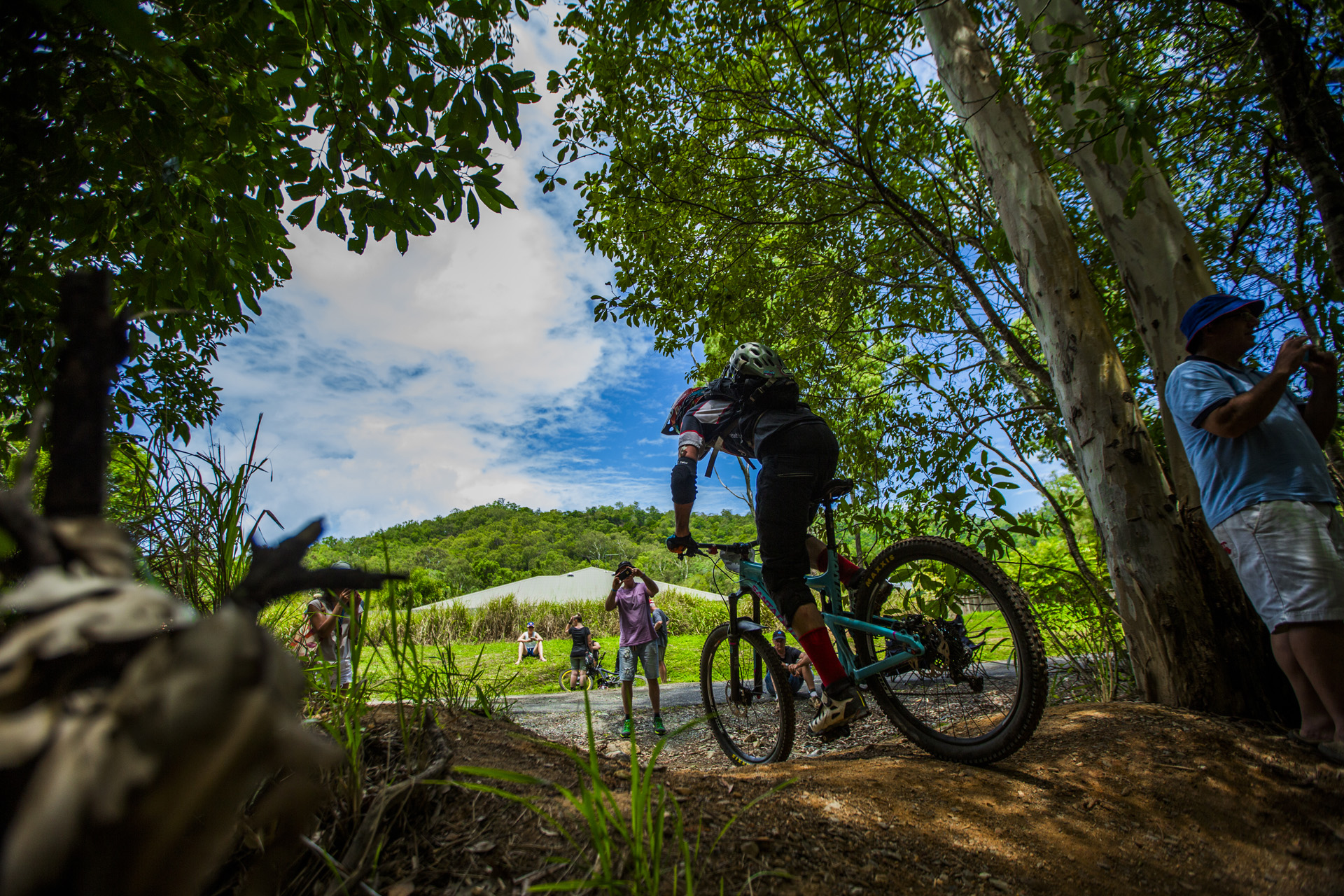 The event started on both weekend days in picturesque Palm Cove, with a transition ride taking riders to race stages at the iconic Smithfield Mountain Bike park, the venue of the 2014 and 2016 Mountain Bike World Cups. 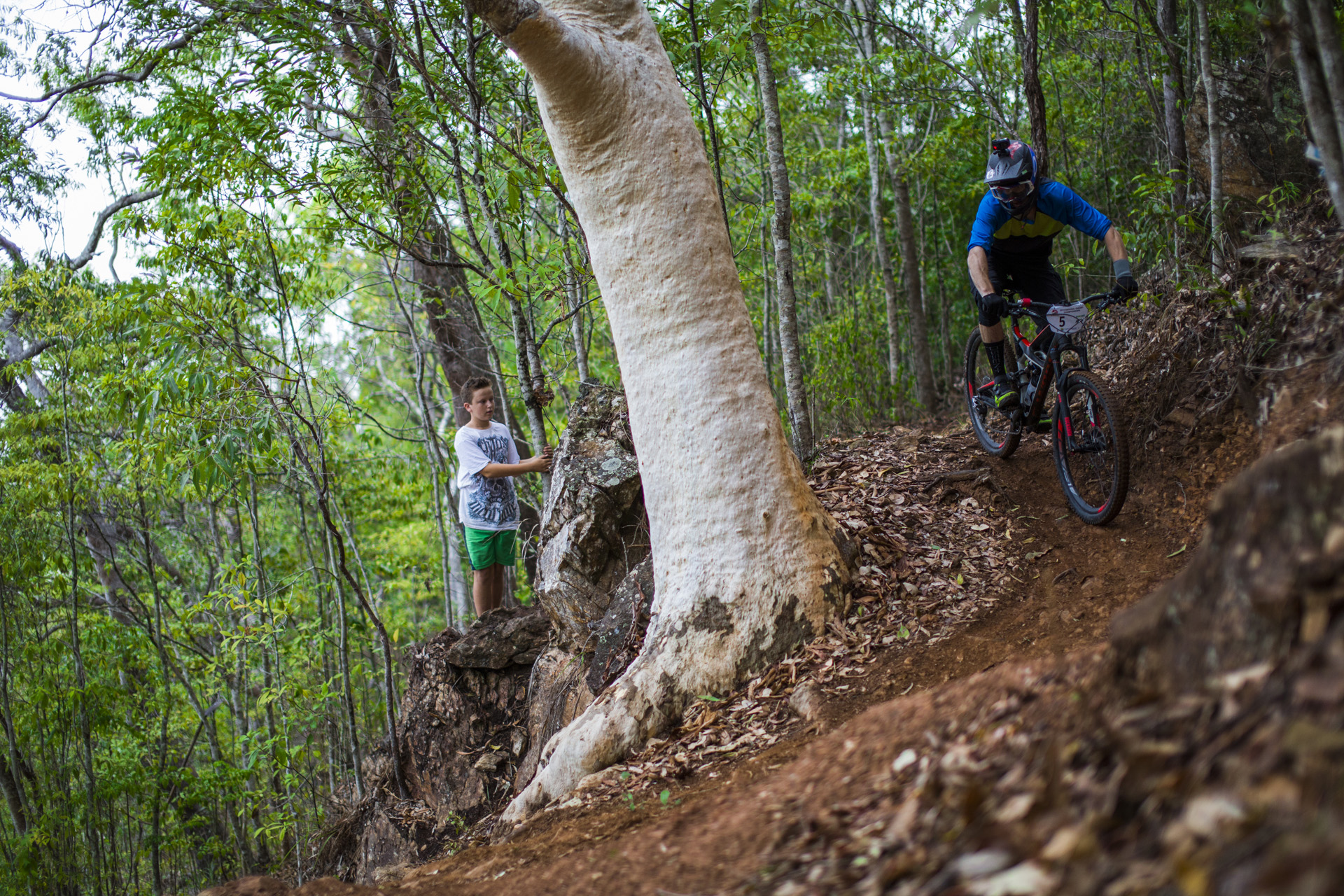 With 2015 World Champion Jared Graves (QLD) absent, competition was fierce for the green and gold title in the men’s event.

Chris Panozzo (VIC) came into the event as the favourite, confidently winning the 2015 National Enduro Series. 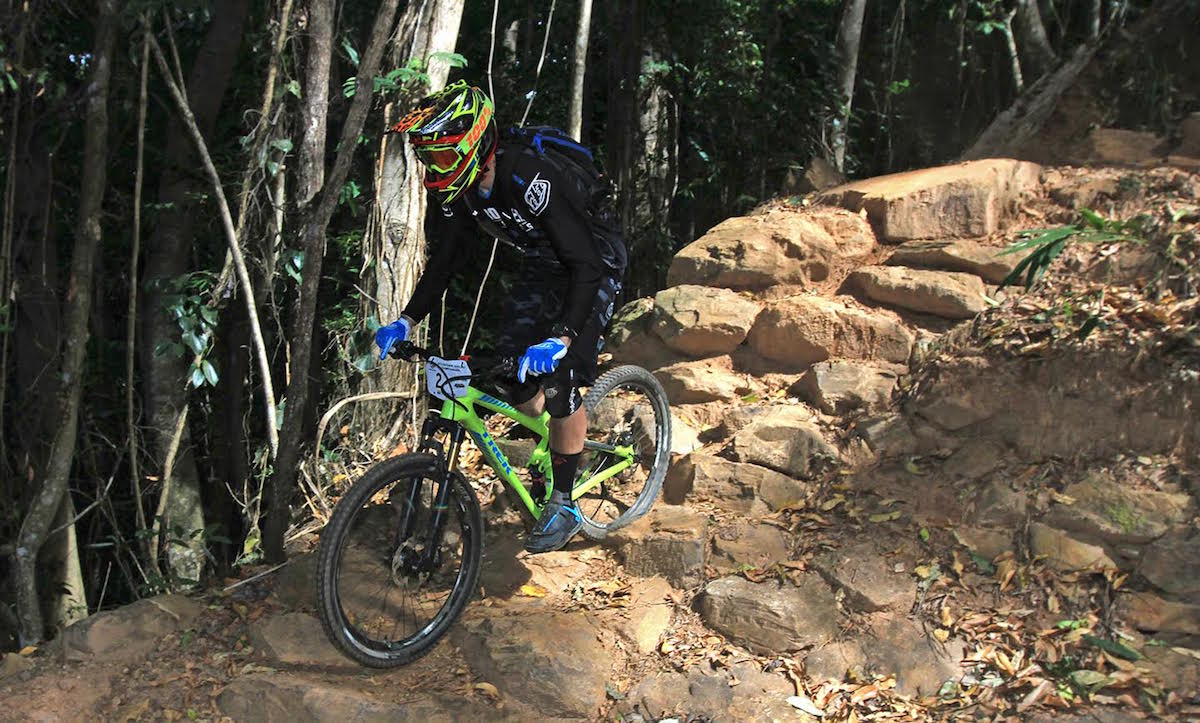 The fastest rider in the prologue on day 1, Panozzo was almost untouchable on race day, winning 4 of the 5 stages to take the overall win by 10 seconds.

“It’s pretty exciting to be the first Enduro National Champion” said Panozzo. “It was difficult out there today, a big day with changeable conditions, with rain during sections changing powdery dry trails into slippery clay”.

Panozzo is now looking ahead. “The focus is now on solid training over summer, racing some Aussie downhill events with an eye on the Enduro World Series in 2016”. 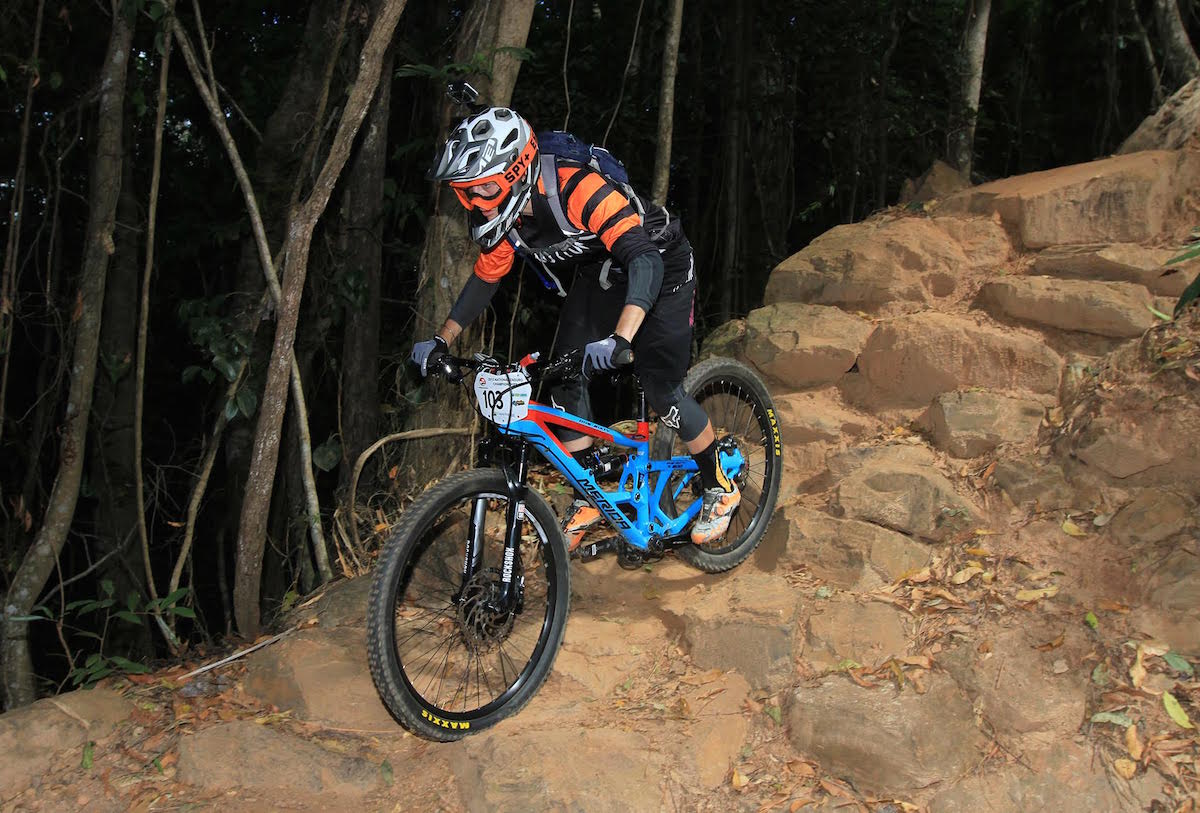 Parkes has had a landmark 2015, winning the Under 23 Cross Country National title and finishing in the top 10 for the Eliminator discipline at the World Championships.

She would end up with the perfect race day in the Cairns rainforest, winning all 5 stages to record her second Enduro race win in a row to take the win and the National title. 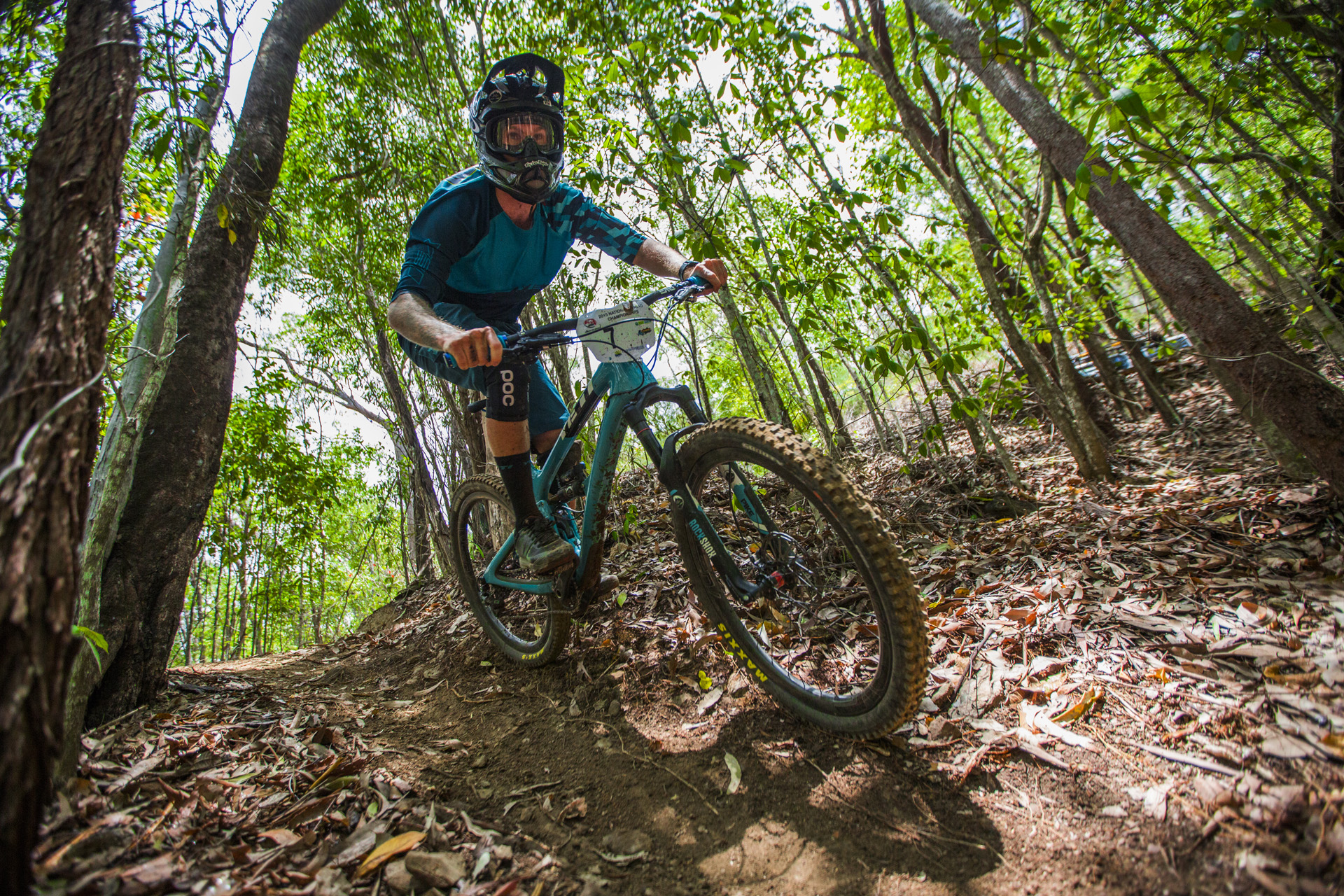 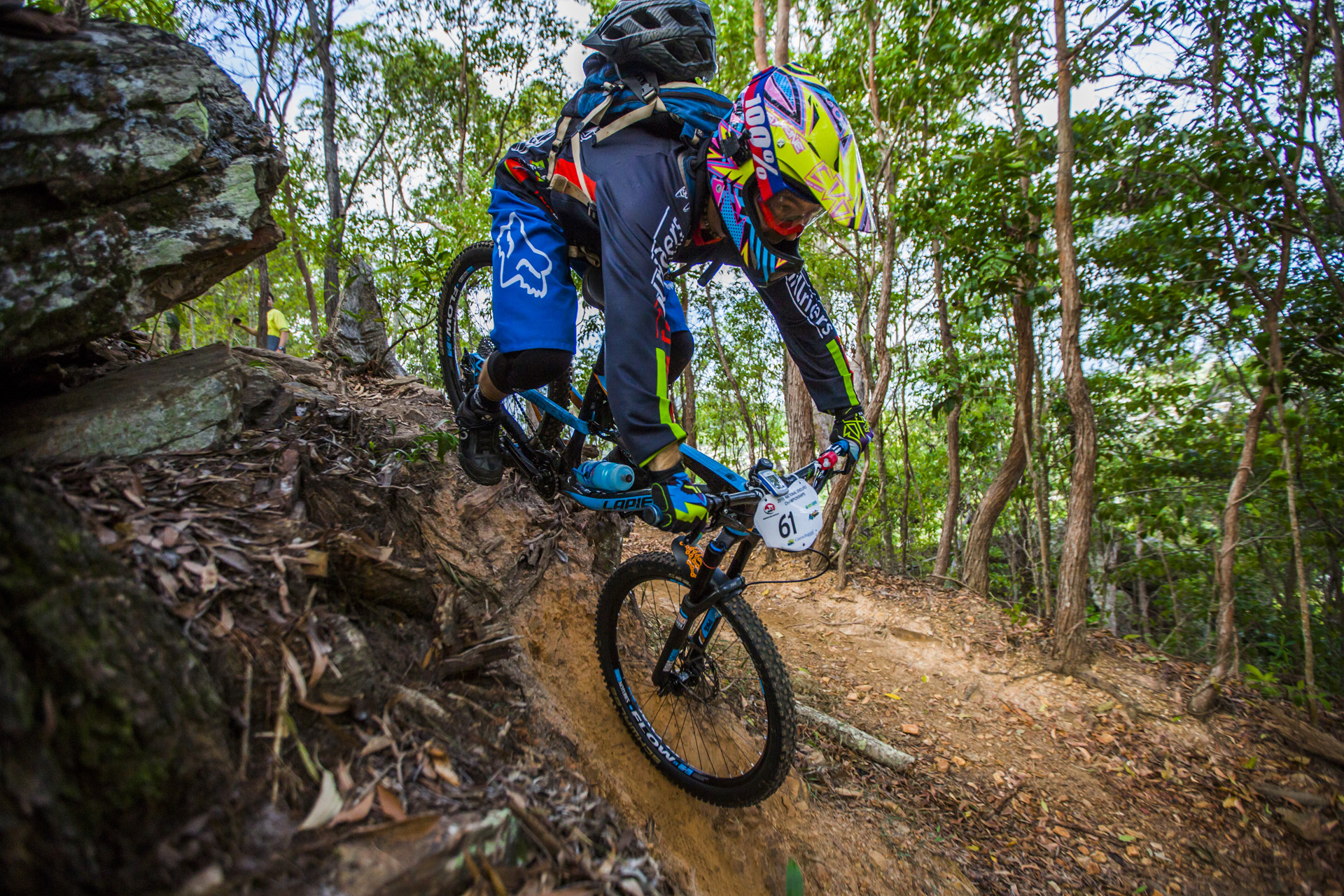 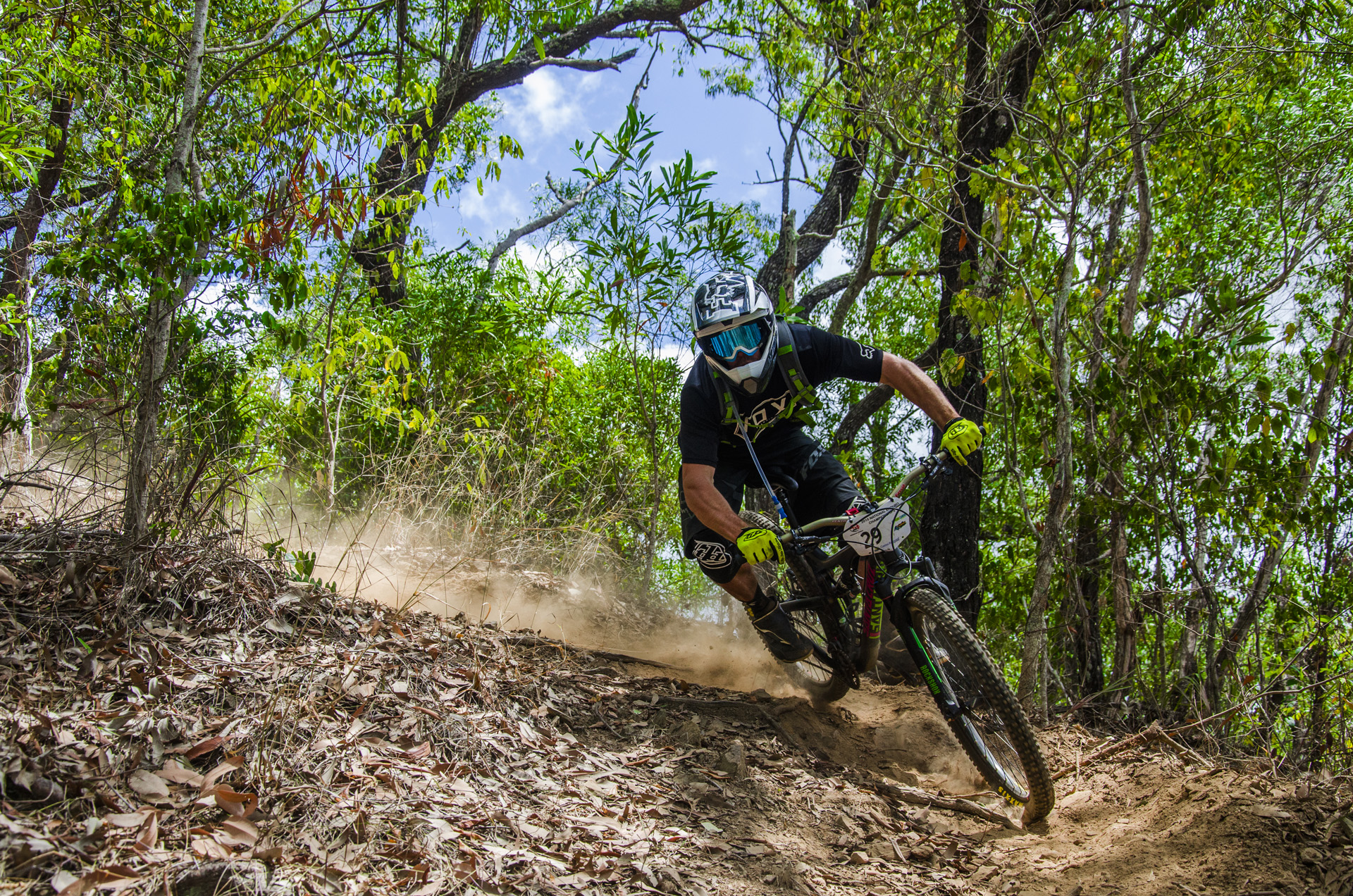 “It was a nice experience to re-ride some of the world cup cross country course – it was a positive feeling to ride the A-lines, and it gives me good confidence going into the Cross Country World Champs in 2017”.