24 Nov 2014
The Avantiplbus Hellfire Cup is a done deal! Read on to learn how it all went down over the final two days. 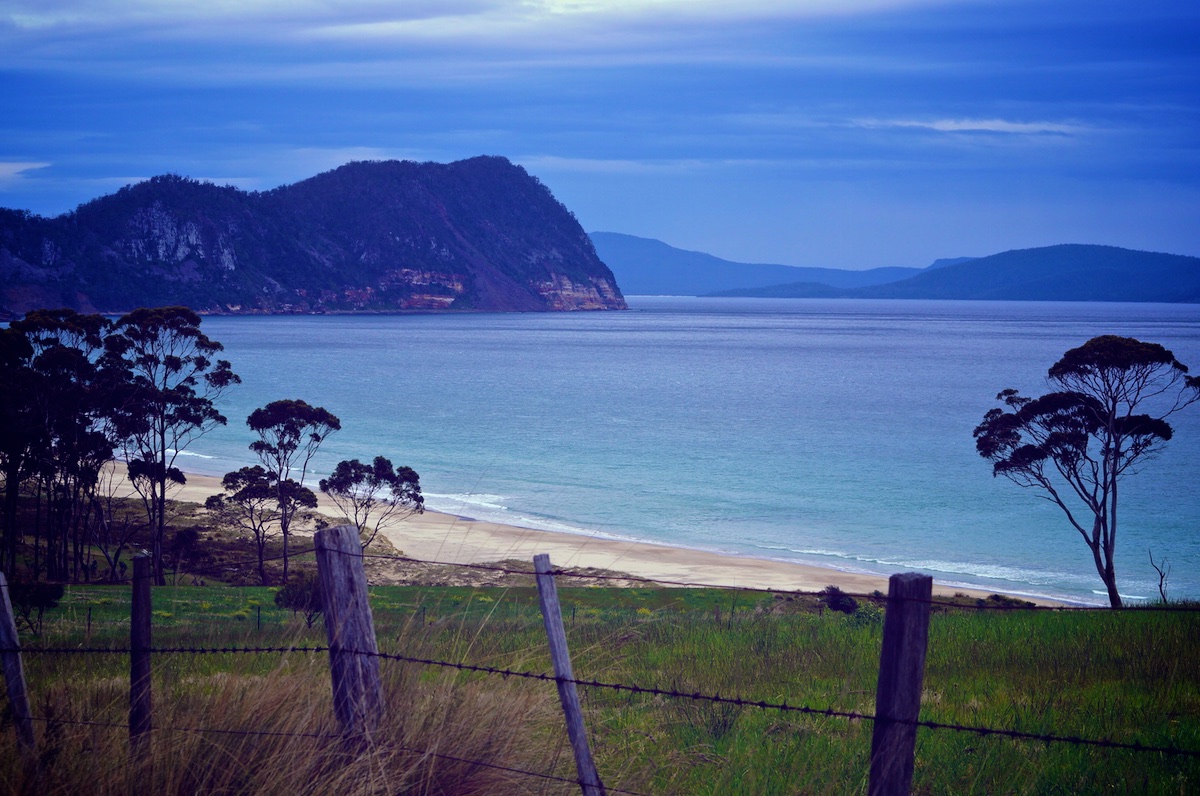 The time trial course takes racers out of the village in a 6km cruise stage to the time trial start on the Marchweil property. Special access to the stunning private property has been arranged for the Hellfire Cup which follows the coast and is below the event’s namesake Hellfire Bluff. The course then heads into nearby hills via a plantation fire road. The riders then jump off via a single track gully link which takes them onto the main climb for this short and sharp 14k time trial course.
STAGE 4: RESULTS
Day 3 started cool after a clear starry night over the Kellevie race village. Tasmanian competitors wandering around in t-shirts were greeted by interstate competitors in down jackets and beanies for the race briefing. The cruise stage allowed racers a chance to chat amongst the pack – there’s nothing quite like seeing a huge pack of riders winding their way up the hills on the gravel back roads of South East Tasmania. The chance to chat with pros and just enjoy the scenery was a nice leadup to the time trial stage.
At the picturesque Marchweil property the competitors assembled again surrounded by farm houses and a sea of lycra. The competitors were put into seeded pairs based on their results over the proceeding days, and were sent off in 30 second intervals. 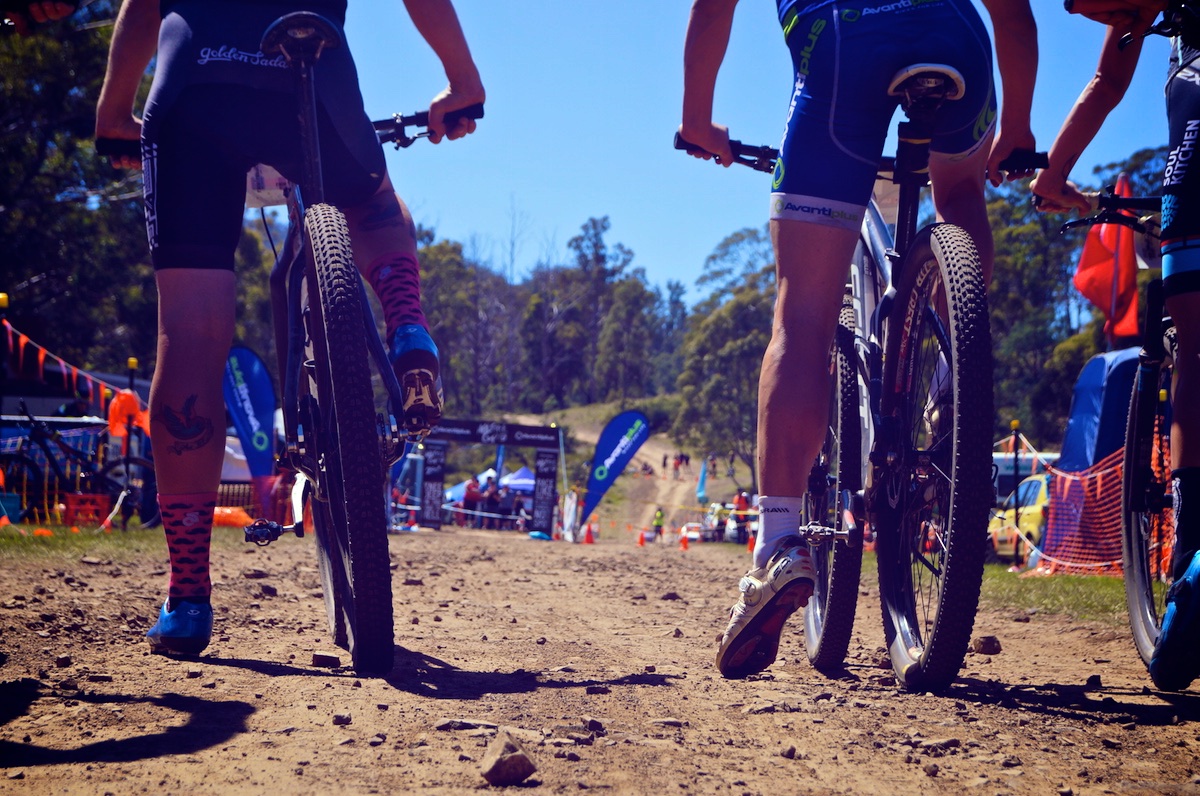 For the Elite Male category Team Torq had a better outing than on Stage 3, and recorded a stage winning time of 25m 46s. They were followed a little over a minute later by Team 4SHAW who came in at 26m 57s. Team Torq’s strong performance will eat into the lead that 4SHAW and Avantiplus have carved out into the overall standings, but will not take them up a place on the overall podium at this stage. The competitive team of Avantiplus Launceston came looking like they hard worked hard for their time of 27m 12s.
The Elite Female teams Team Torq (Em Parkes & Jenni King) and Willylocke (Rebecca Locke & Naomi Williams) came across the line within 2 seconds of each other with Team Torq sneaking the stage win with a time of 33m 06s.
In the Elite Mixed competition team Jeffy & Pesta (Jarrod Moroni & Peta Mullens) came in very strong and took out stage 4 with a time of 31m 11s. Team My Mountain (Melissa Anset & David Ransom) followed in with a time of 33m 09. Less than a minute later A+ Launceston (Sam Calow & Rowena Fry) pushed across the line at 33m 47s.
STAGE 5: OVERVIEW
This afternoon stage is based around the classic Kelleive XC course, made famous by the Kellevie 24 Hour races. This track has been further developed and improved over the course of 2014 by new landowners Mtn Trails. The 9.5k course is all single track, which is ridden as a pairs relay for teams and lone wolves get to enjoy two laps of the course. 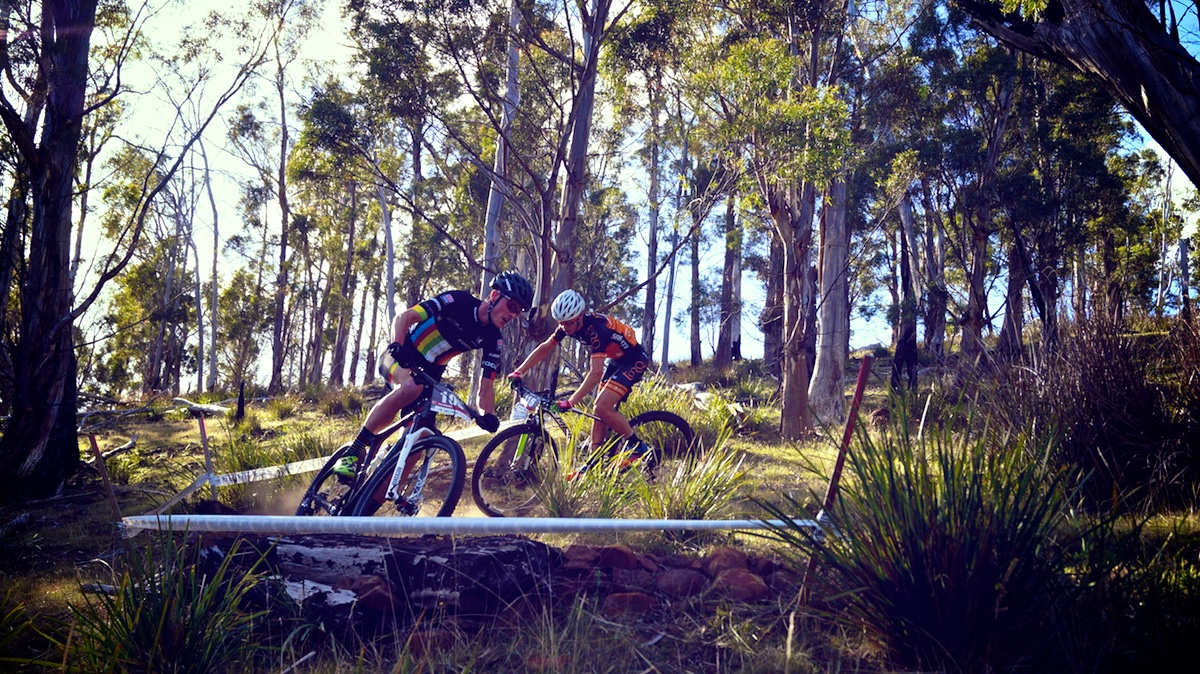 After leaving the race village the riders descend into the Kellevie rainforest. This section is a fast-riding, winding path that rewards riders willing to brave the encroaching trees for an opportunity to separate themselves from the pack. The course also features a short, sharp ascent up the Shimano Switchbacks across the crest of the hill. Following a quick paddock sprint, the riders meet the 4SHAW rock garden. After that they will go into the Jeanneret Electrical Technologies luge which will
The return leg is ideal for riders with big engines as pure power here will be the determining factor on the undulating blast back into the Race village and transition.
STAGE 5: RESULTS
Team Torq has notched up a narrow win (57m 59s) just 7 seconds faster than Team 4SHAW (Tom Goddard & Scott Bowden). There was only a small gap between the top 2 placed teams and Avantiplus Launceston which followed in at 59m 32s.
In the Elite Female category Torq Girls (Em Parkes & Jenni King) continue to dominate with a combined time of 1h 09m 54s. Followed closely by WillyLocke with a time of 1h 11m 48s.
In the Mixed Elite category Jeffy & Pesta (Jarrod Moroni & Peta Mullens) have taken out first place for Stage 5 with a time of 1h 07m 33s. Team My Mountain followed less than half a minute next with a time of 1h 7m 57s. Popular local riders Ride Bellerive (Jason Mennitz & Edwina Hughes) were in top form and took out 3rd with a time of 1h 09m 56s. 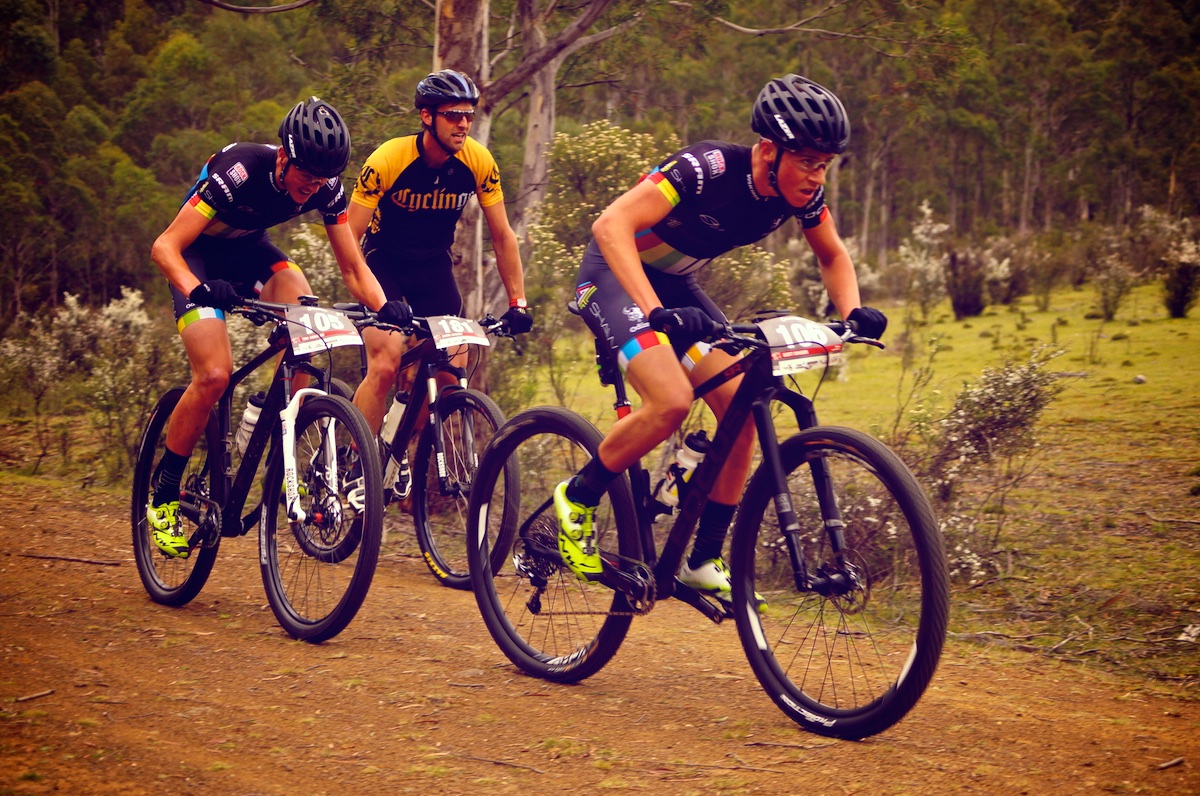