21 Nov 2014
The Avantiplus Hellfire Cup is underway! After getting burned out of existence the first time around, then swamped by rains the next, the race finally seems to have got lucky this year! Read on for the latest from Tassie’s newest stage race. (Stage 1 and 2 race wrap here! https://flowmountainbike.com/post-all/avantiplus-hellfire-cup-stages-1-and-2-race-wrap/) 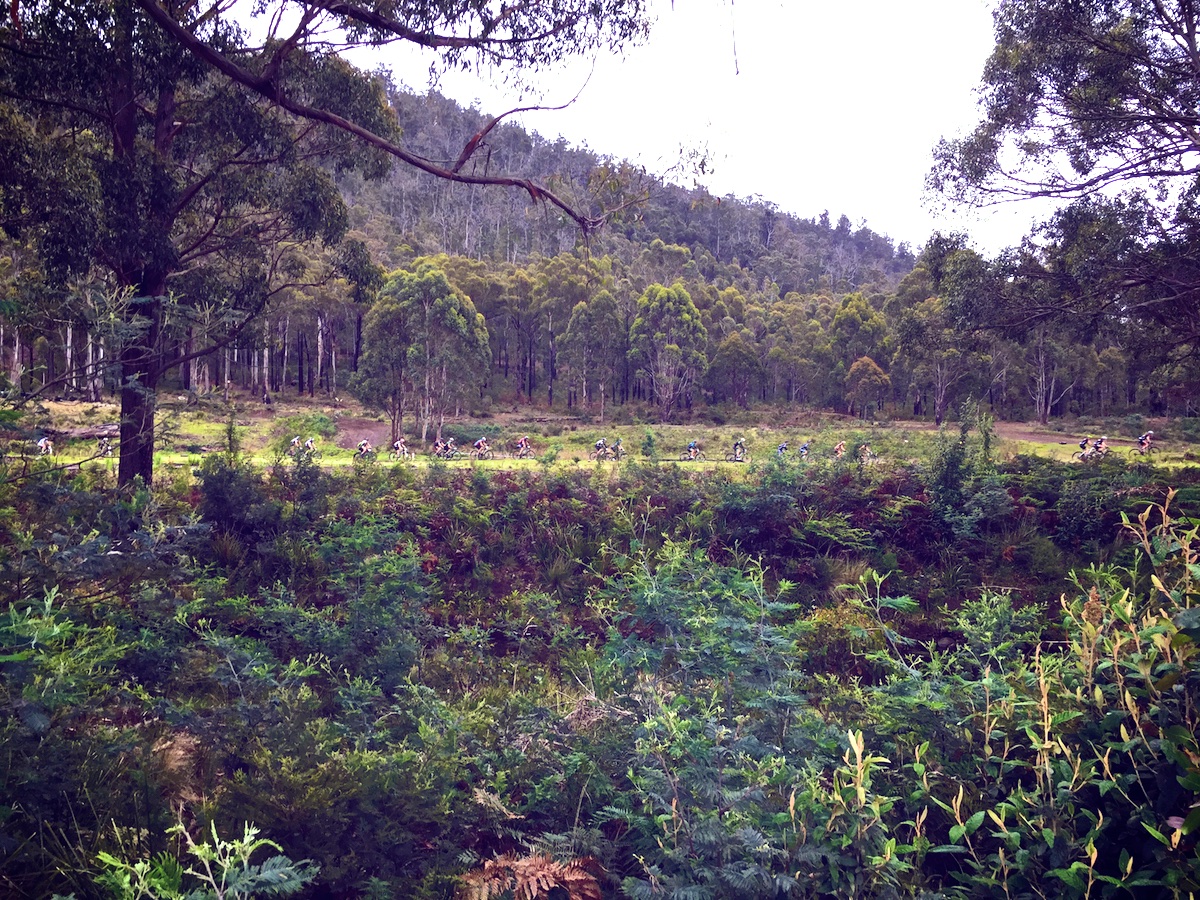 Racers make their way out of the Kellevie race village.

STAGE 3: OVERVIEW
Stage 3 is the toughest day on offer at the Avantiplus Hellfire Cup – the Adidas Evil Eye Assault is a 48k loop that takes riders out of the race village and the onto the 4SHAW nutcracker. This climb gives racers a good opportunity to work hard on the pedals and question all their life choices that have brought them to this point, and, onto Jacobs Peak. The good news is that what goes up … must come down! Kingos tramline descent defies description – originally cut for sawmillers into the hills of Weilangta forest a century ago, the long abandoned tramlines now have a second life as a mountain bike trail.
The tramline descent is fast, flowing and goes forever. Next up riders hit the most technical descent of the race – Baby Head Alley which requires careful picking of a racing line. There is some respite for racers before heading onto Aub’s track – a great piece of lovingly handcrafted trail which leads onto the main road climb which we’ve titled the The Old Woolstore Head Cracker – this is the second major climb of the day and will really test tired legs. For the return descent, riders will return via Mill Road and Old Mill tramline which will take racers all the way back to Kellevie.
STAGE 3: RESULTS
The race village had a cool start for Day 2. The nearby hills were covered in an early morning mist and the mood in camp was jovial. Many racers starting the day with a well appreciated hot shower and a coffee before hopping back into racing gear. Cooler conditions met racers on the start line for stage 3 of the Avantiplus Hellfire Cup. A mixture of patchy showers which increased to rain showers meant that riders came in wet and working hard to cross the line of the 48K course.
In the Elite Male Category, Team 4SHAW (Scott Bowden & Tom Goddard – 2h 0m 30s) came in first in emphatic fashion and still had enough energy to do a little showboating with a manual across the line. Their local knowledge and supreme bike fitness came to the fore in a very competitive field. They were followed by Avantiplus Launceston who trailed the by 6 minutes 57 seconds.
For the Elite Female Category, Team Torq have continued to dominate with a 2h 32m 25s time over the 48K course. They were shadowed in a matter of seconds by Willy Locke (Rebecca Locke & Naomi Williams) who recorded a time of 2h 32m 31s.
Well in the lead for the Elite Mixed category at the end of Day 1, Trek Factory Racing (Bec Henderson & Dan McConnell have fallen out of contention due to a series of mechanicals. Jeffy & Pesta (Jarrod Moroni & Peta Mullens) sailed in with a time of 2h 20m 28s. Team My Mountain (Melissa Anset & David Ransom) followed with a time of 2h 35m 16s. 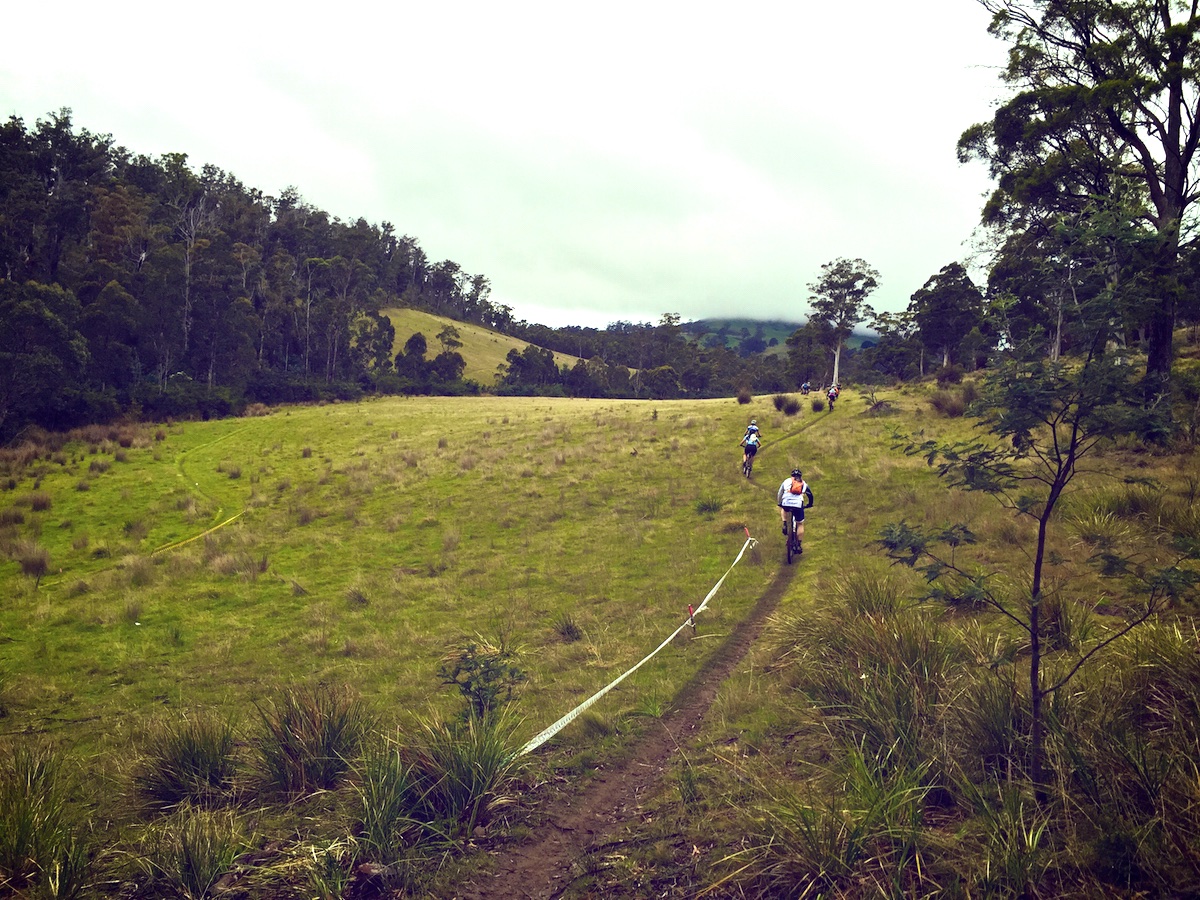