The Avantiplus Hellfire Cup is back for a second year. The event, held in Kellevie in South Eastern Tasmania, is a 4 day multi-stage Mountain Bike Race. Attracting elite riders as well as weekend warriors, the event has attracted people from all over the country to 4 days of racing in the Tasmanian countryside. The event offers both pairs racing and a Lone Wolves category for solo racers.

The lead up to, and the actual 2013 Hellfire Cup event, was a gruelling experience for organisers. The Tasmanian Bushfire emergency struck days before it was originally slated to run in January 2013 (nearby Dunalley was devastated by the fires) and the event was rescheduled to run November 2013. Ironically, very different conditions met competitors in November, and torrential rain necessitated a reduced race format, and a race village evacuation that truly demonstrated the spirit of mountain biking.

So, after 3 long years of preparation work, the 2014 event is the first time the full course has been unveiled. On day 1, the race village is, buzzing and full of competitors keen to ride on some of the best trails Tasmania has to offer.

The trails are riding fast and fun, and on return from Stage 1 the nervous smiles of competitors were replaced by grins and war stories from the first hit-out for the event. The Mill Road loop is the 25km opening drumroll to the Hellfire Cup. It showcases a mix of riding experiences, departing from the Kellevie race village on vintage Tasmanian XC trails which lead into a firetrail ascent which literally takes a rider’s breath away. On the return journey, riders are rewarded with the Mountain Trails Serpent – a hard earned downhill section of flowing switchbacks that opens out into a extremely fast riding valley descent with a stunning views as riders emerge from the bush. 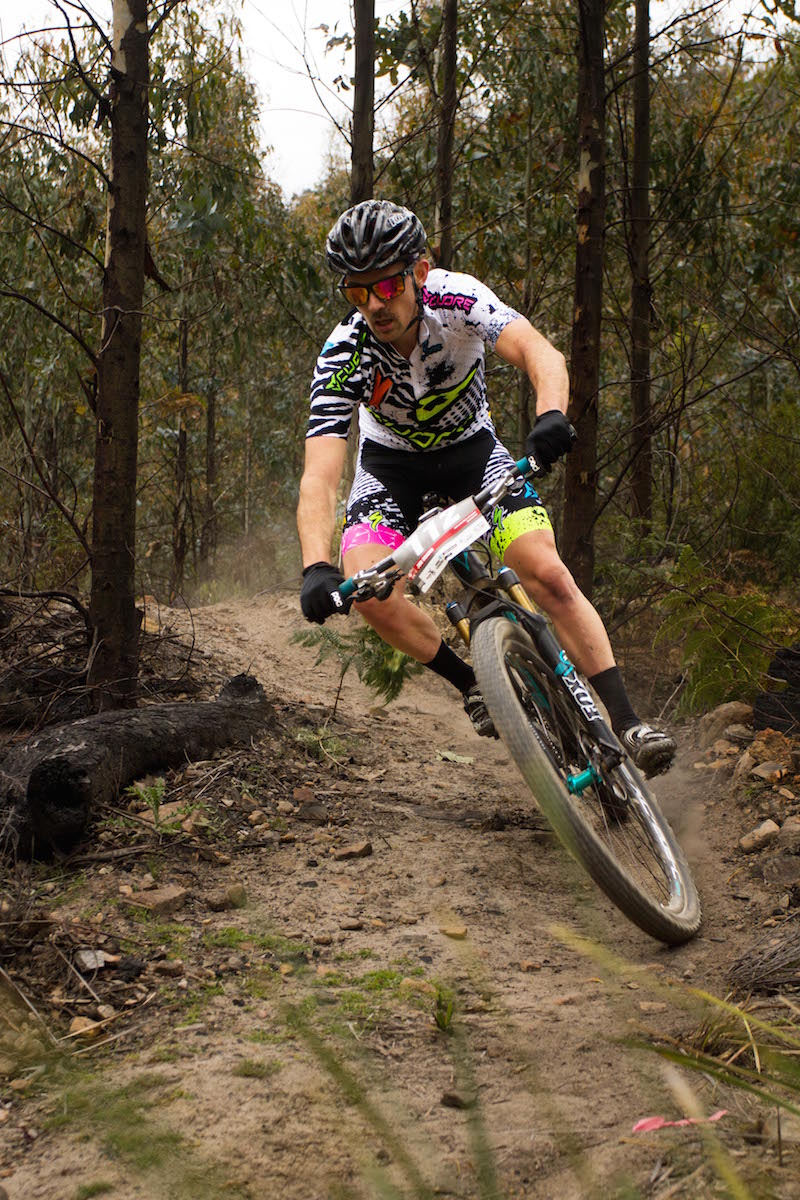 The second stage is a fast-blast team relay, based on a 4 laps of the 6.5km Kellevie Onetonne rodeo XC Course. Pairs riders do a lap and alternate, but lone wolves find themselves doing all 4 laps. After leaving the race village the riders descend into the Kellevie rainforest. This section is a fast-riding, winding path that rewards riders willing to brave the encroaching trees for an opportunity to separate themselves from the pack. The course also features a short, sharp ascent up the Shimano Switchbacks across the crest of the hill. Following a quick paddock sprint, they riders meet the 4SHAW rock garden. The return leg is ideal for riders with big engines as pure power here will be the determining factor on the undulating blast back into the Race village and transition. 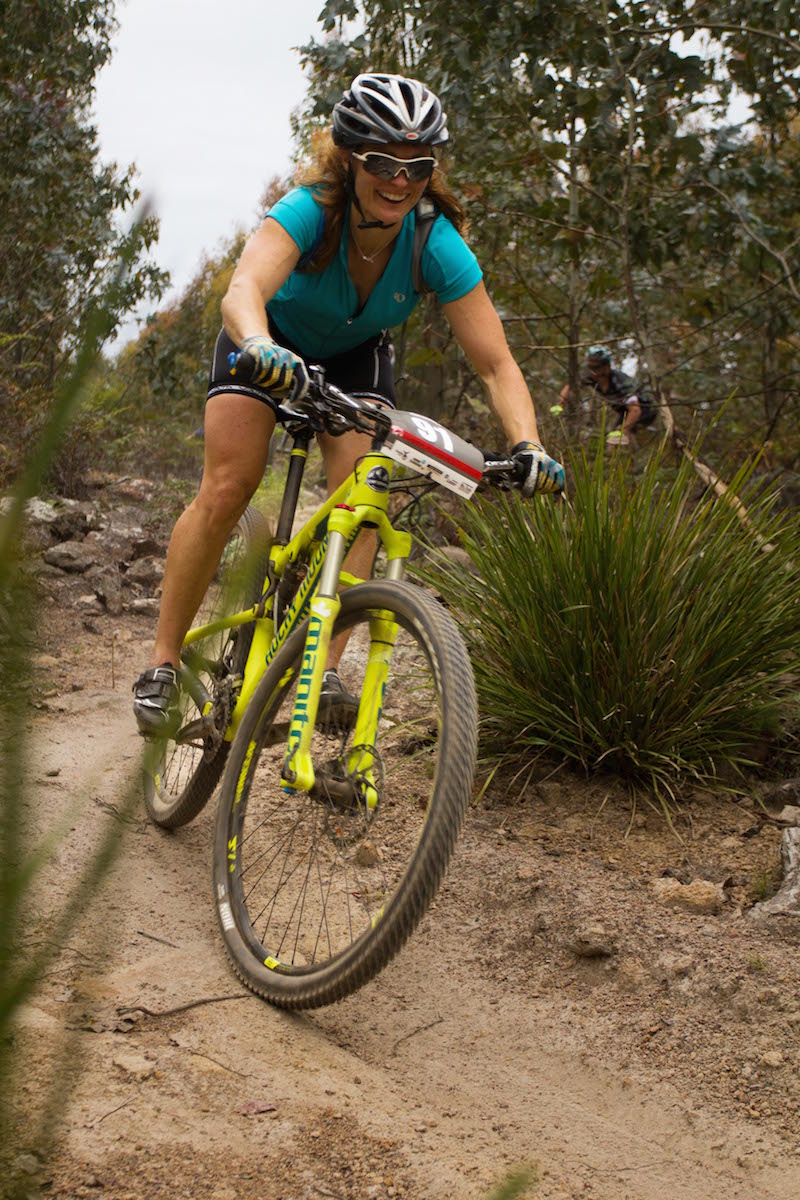 A gentle spattering of rain fell on competitors as they gathered on the start line for Stage 2. This went some way towards keeping the dust down and providing a just-so slightly tacky racing surface that riders love so much. The race pack steamrolled out of the village and disappeared into the Kellevie rainforest in a matter of seconds. Dan McConnell put down a blistering first lap to take the early lead overall for stage 2 for the mixed pair elite team, Trek Factory Racing.