The Crankworx World Tour concluded Sunday with perfect runs from near locals, Troy BROSNAN (AUS) and Casey BROWN (CAN), both of whom have spent time living in Whistler.

This was the third time Brosnan had challenged the Canadian Open DH presented by iXS and he had his eye on the win from the get go.

“I knew I had a really good chance this year. My run was pretty much perfect, but I’m super glad to take the win, and it’s just a really good confidence booster for the rest of the World Cup season. And to do it in front of everyone on the same day that Slopestyle is on, it’s pretty crazy,” he said. 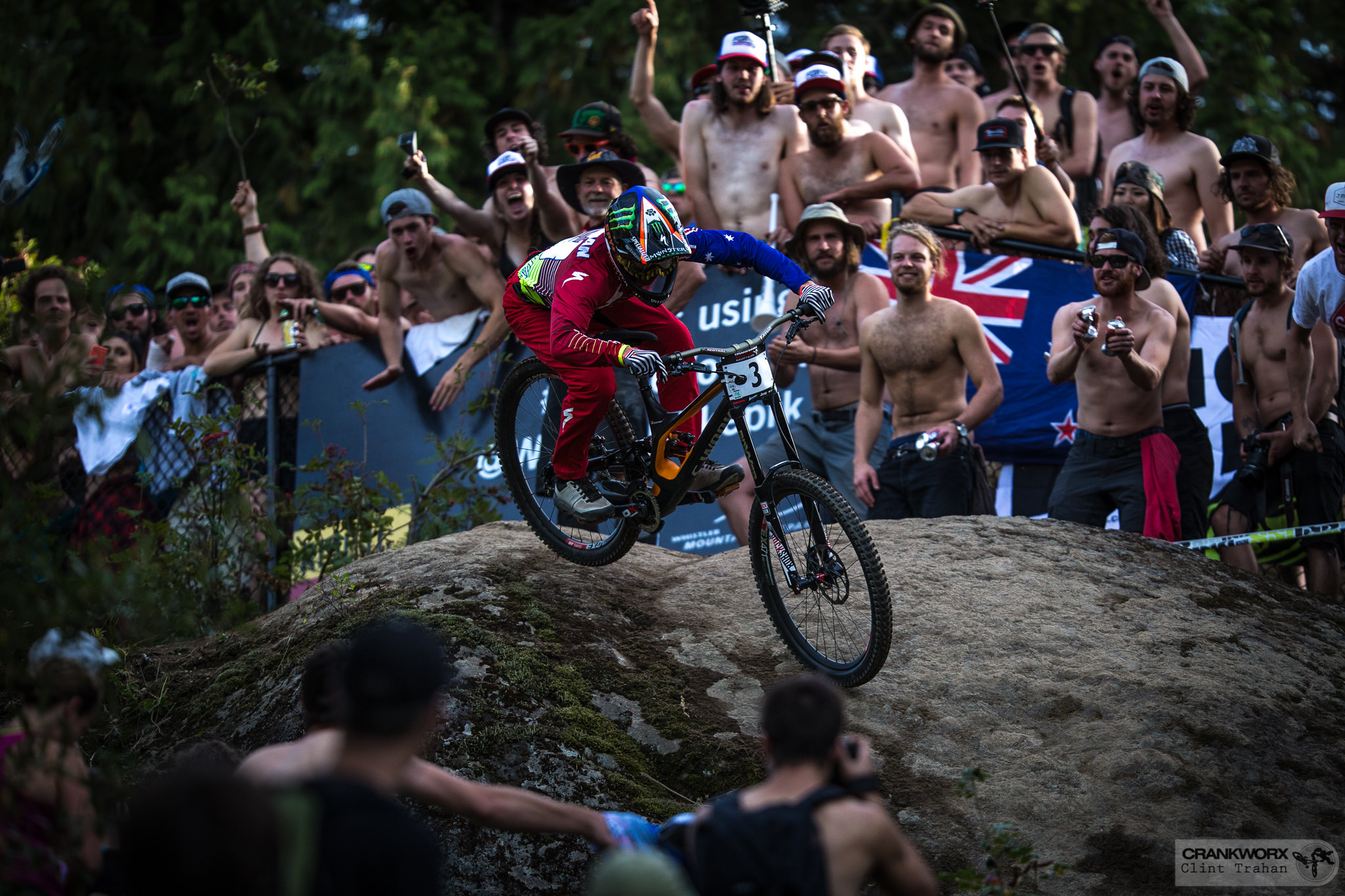 Sunday marked the last day of the 10-day Crankworx Whistler festival and the biggest day it has ever had. After rain showers forced a postponement of Red Bull Joyride on Saturday, the event was moved to Sunday morning placing the two biggest events of the festival back to back. The Canadian Open DH is one of the largest downhill races in North America and the crowds on site following the double bill revelled in the all the action in what appeared a difficult downhill.

“The conditions were so wet in the morning. They really dried up over the day, but it was still really slippery in the woods,” said Casey BROWN (CAN), winner of the women’s race. 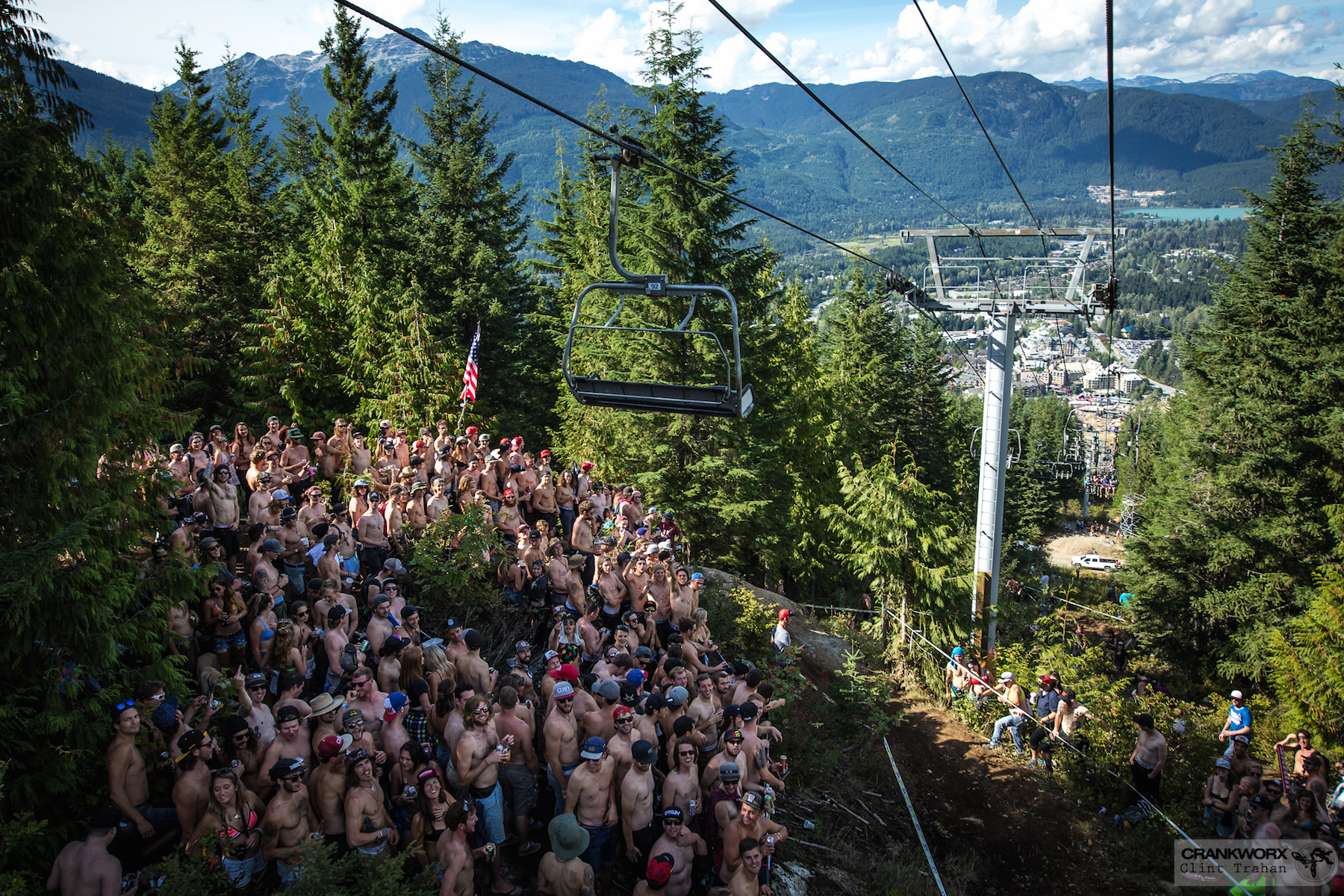 Brown was thrilled with the win as it occurred on home turn, in front of family, after a long stint on the road.

“It’s been a couple years since I’ve taken the win, 2012 was the last time, so it’s awesome to ride that track again, especially against some of my best friends and the people I race against every weekend in the World Cup,” she said. 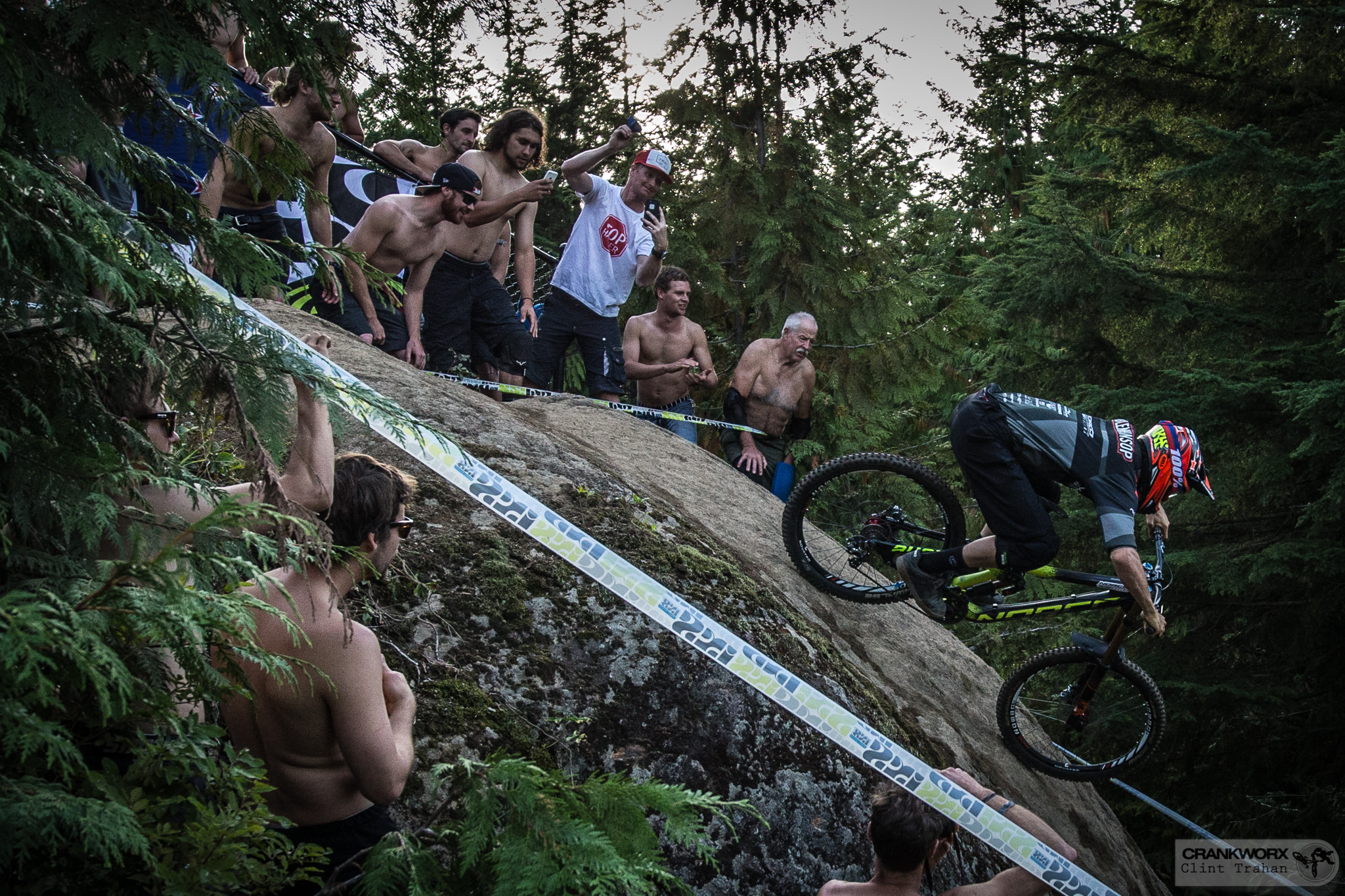 The season-long chase for the crown saw Bernard KERR (GBR), Adrien LORON (FRA), and Sam BLENKINSOP (NZL) dancing around the top, though as the announcers pointed out during Red Bull Joyride, a crushing win from Brett RHEEDER (CAN) could even have put him in contention. 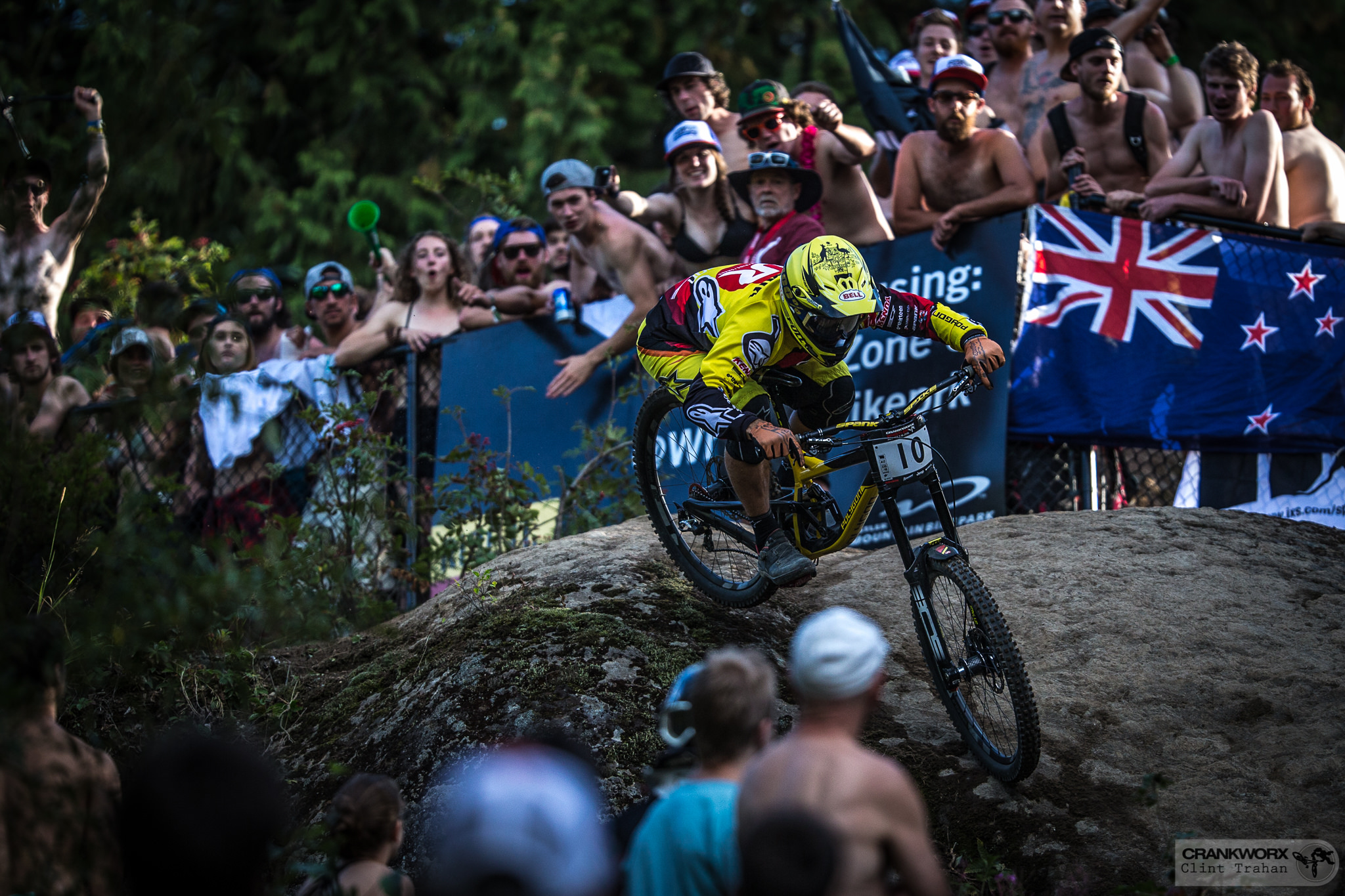 Finally coming out on top, after earning his very first Crankworx win in the D.S.&S. in Les 2 Alpes and a string of top 10 finishes, Kerr said he set the goal right out of the gate and then just gave it his all. 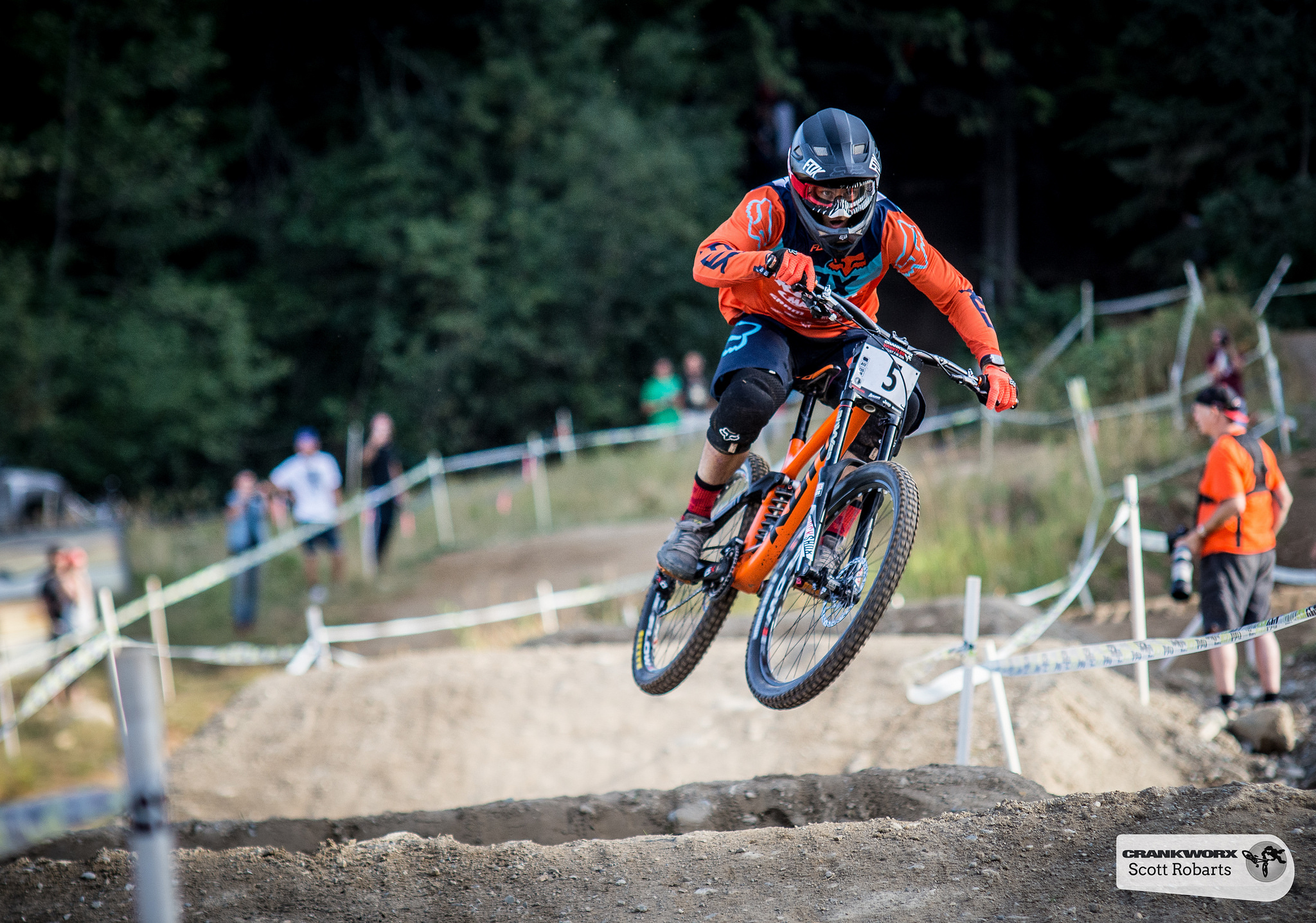 “I didn’t know how hard it was going to be, but it’s been hard. Starting in New Zealand, I knew if I tried to do some events there it would be a good kick off to the year to try and create some confidence. Once I did good there, I knew it was on and I needed to make it happen,” he said.

Known as an all-round rider who has always raced multiple events Crankworx, Kerr noted, as far as he’s concerned, taking it all on is just how racing is done. 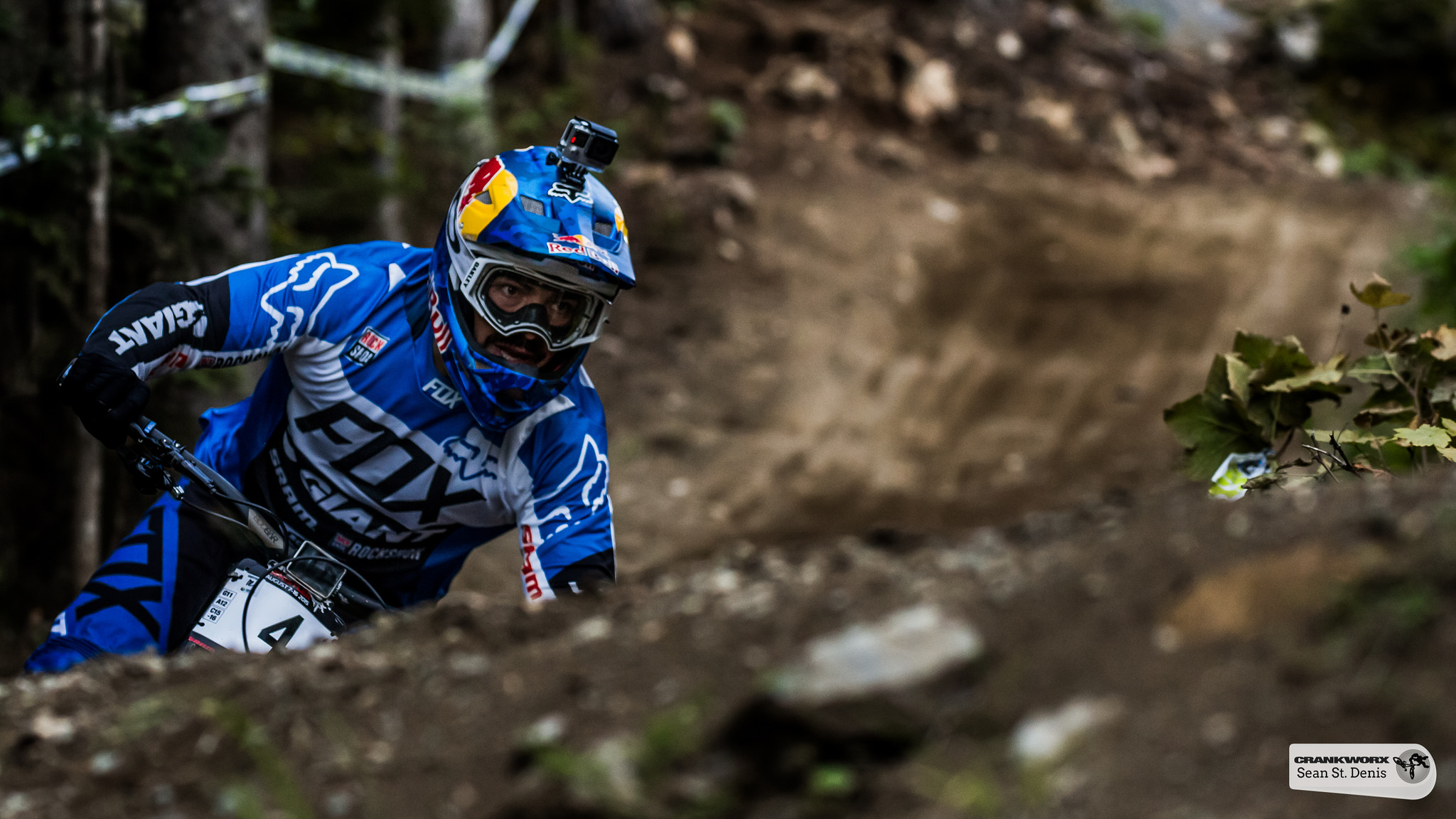 “I always used to race Fourcross and dirt jumps and event since that I’ve always just wanted to (race). I just did it. I thought that was what you do, I think,” he said.

The first winner of the Queen of the Crankworx World Tour, meanwhile, had nothing to fear and no one chasing her, but her own precariously tough mindset.

Well out in front for the entire year, Anneke BEERTEN (NED) brought home an amazing first place in the standings, punctuated by an almost unimaginable string of stitches. 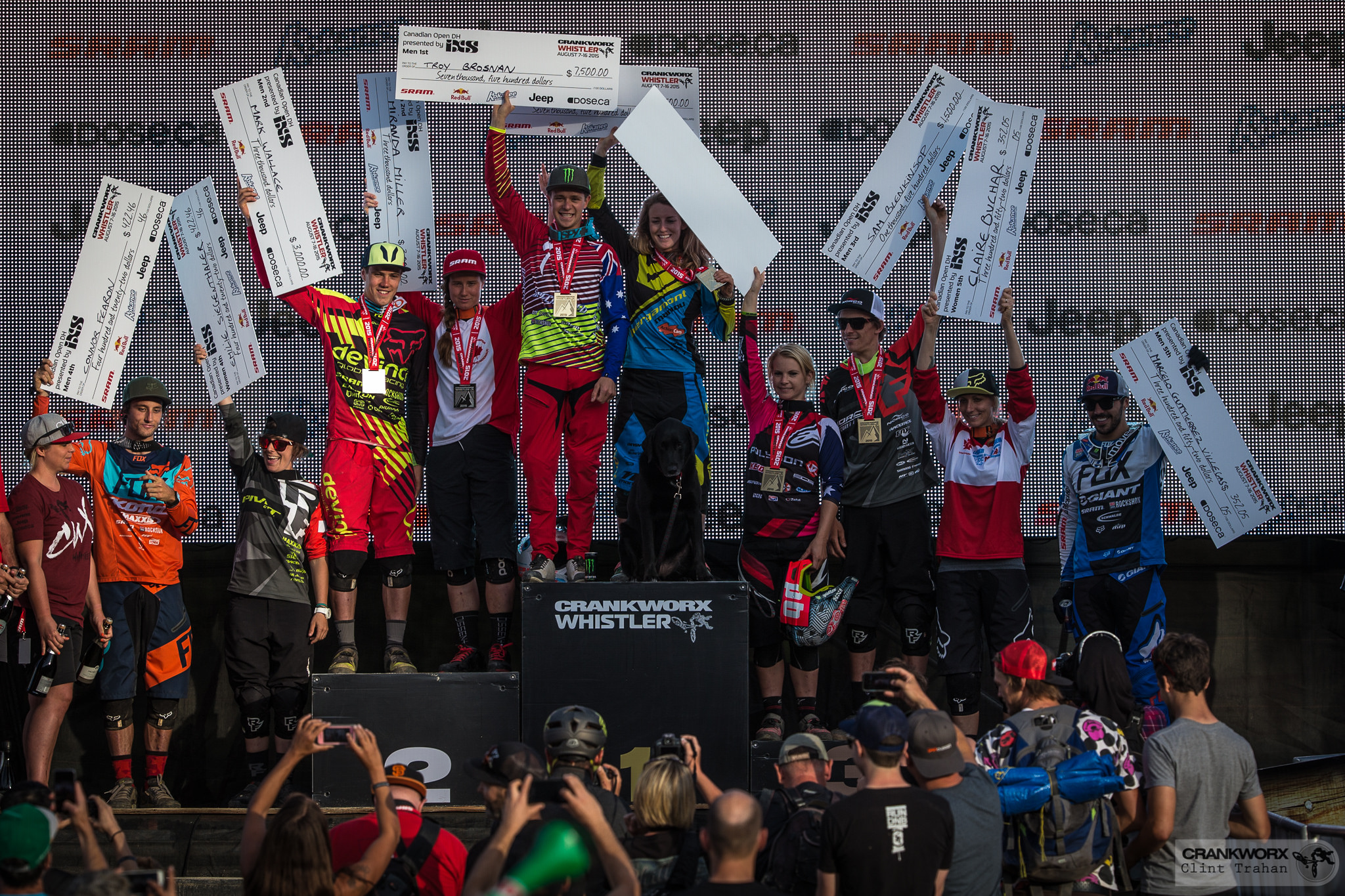 “It’s been a bit of a rough last couple of weeks because I raced in Colorado for the Enduro World Series and I had to get stitches. The stitches were just out for one day and then I crashed again here and I had to get stitches again in my elbow and my hip. I’m just bruised up and stiff. But when you’re here, I don’t know, I was just able to keep riding and push through and survive,” she said.

Nothing it’s never over until it’s over, Beerten said she worried the entire season that Casey BROWN (CAN), who is a great all-round athlete, or Jill KINTNER (USA), a dominate downhiller, would hit their stride and suddenly take her out.

“I’m so stoked. I love racing Crankworx events. They’re so big and well organized. Winning them is just great,” she said.