Caroline Buchanan (ACT) and Jason English (NSW) have taken out the MTB Male and Female Riders of the year at the 2016 Jayco Cycling Australia Awards held in Melbourne on Friday night.

The Canberra rider clinched her fourth Four-Cross World Championship title in Italy in September adding to the bronze she won in the dual slalom at Sea Otter 2016. 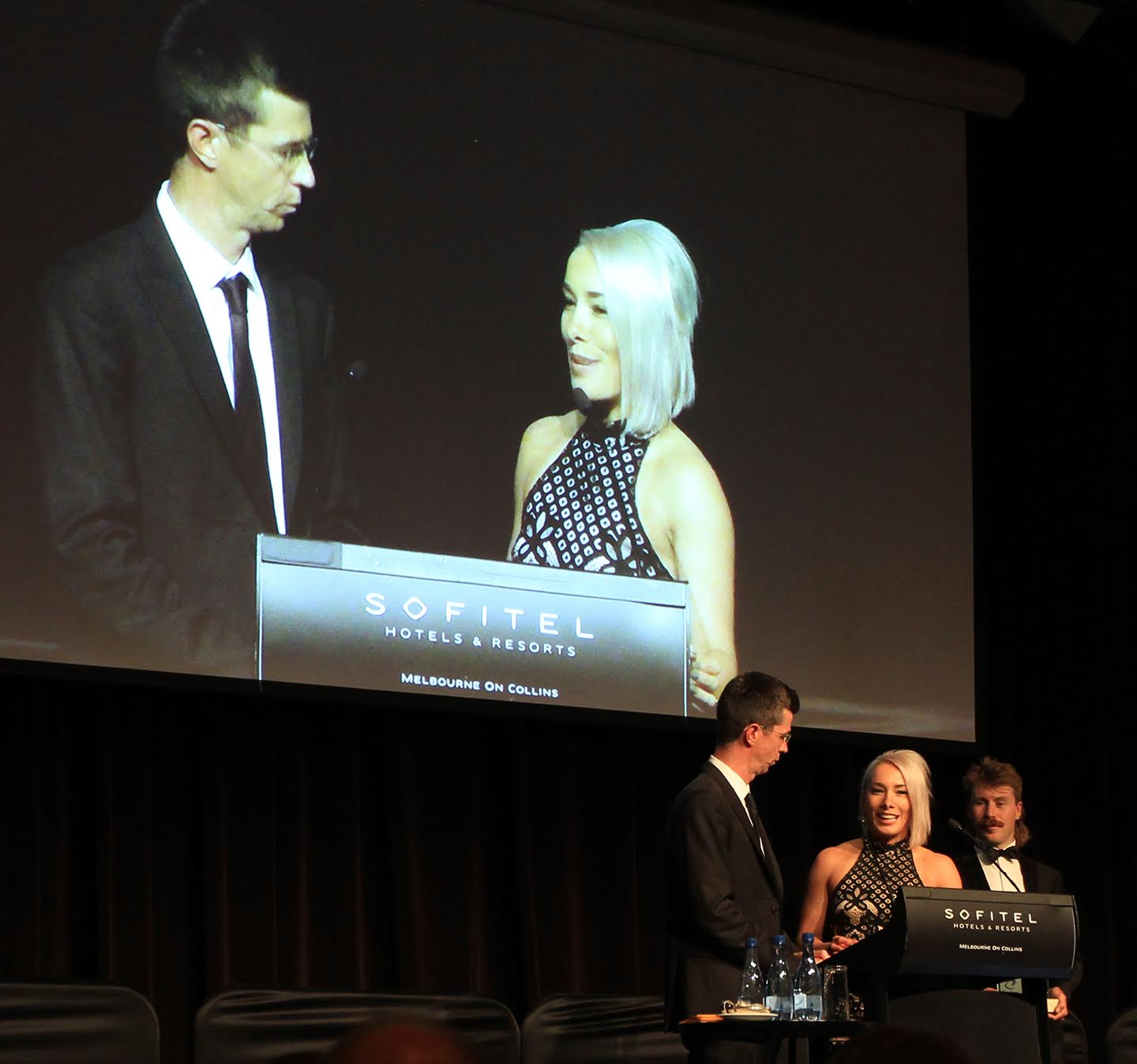 “It was a bitter sweet year for me. To bounce back like I did the rainbow jersey means a lot especially being in this room tonight,” Buchanan said.

English was awarded the male equivalent in a tough field, which included downhiller Troy Brosnan (SA) who claimed six top ten finishes on the world cup circuit and Sam Hill (WA) who won a round of the Enduro World Series and finished second in two others.

The Port Macquarie teacher won the 2016 World Solo 24hr title for the seventh consecutive time, a record unmatched by any rider in the history of the sport.

“It takes a lot to get this far and I couldn’t do it without my family supporting me so it means a lot,” he said.

After a 2016 which saw him claim silver in the junior men downhill at the Australian Championships in March, and a bronze medal at the Fort William round of the world cup circuit Jackson Frew (ACT) was named the MTB Junior Male Rider of the year.

“My very high personal expectations weren’t met this year, but that’s the way it is in this sport and it is certainly an honour to be sitting in this room with such amazing names.”

Sian A’Hern (ACT) along with Sarah I’Ons (NSW) and Ruby Wilson (ACT) were nominated in the Junior MTB Female category, and it was the downhiller A’Hern who took home the award after a season which saw her win the junior women’s world cup as well as the national championship and series.

“Definitely learnt a lot this year and had amazing experiences and feeling more hungry and motivated more than ever.”

In the Masters MTB Categories, Sharon Heap (QLD) was honoured with the female award for her world championship cross country win in Italy, while Jason Archer (VIC) claimed the male award after he took out the world championship title in the Solo 24hr Masters 40-44 category in New Zealand.

“Massive honour, and to be recognised for mountain biking in a room full of epic people is awesome,” Archer remarked.

“I’m pretty excited and I’ve been chasing this award for three years and now I’ve finally cracked it,” an emotional Heap said.

Mary Daubert (nee Grigson) was also inducted into the Cycling Australia Hall of Fame, becoming the first mountain biker to be honoured.

Daubert, who lives in the United State and was unable to attend the ceremony, is still the only Australian female to have won an elite cross-country world cup race.