Troy Brosnan returns as the anchor of the roster after a successful 2017 campaign which saw him depart from the elusive 1-win club by taking the win at the Andorran round of the UCI World Cup. This win vaulted him to a 2nd place overall finish in the UCI World Cup, a career best for Brosnan. 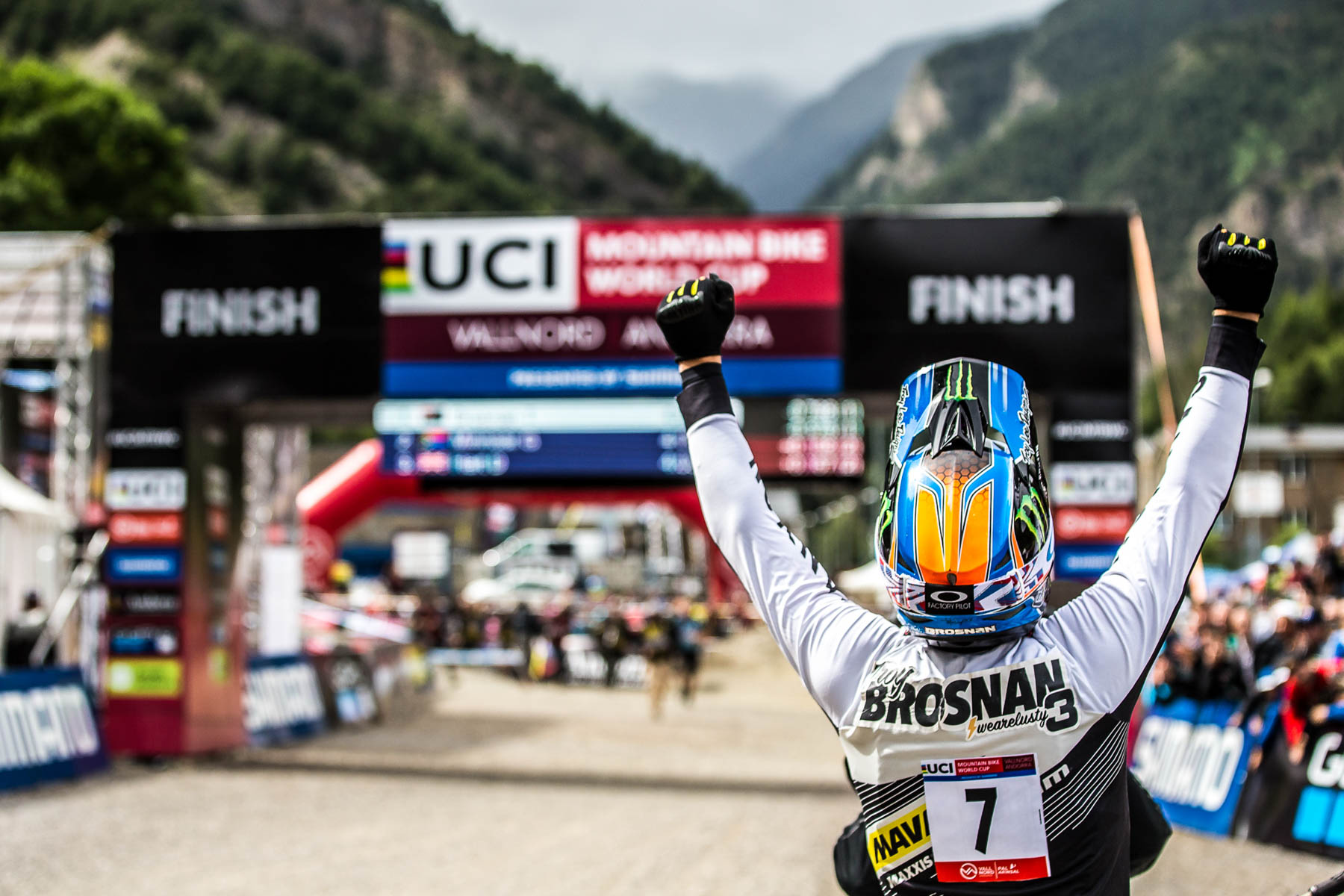 “Last year was started with a lot of unknowns, a new team and a bike that had not set foot on a World Cup podium.  In the end, I was really blown away by how well the whole season went. Spending the year riding with Mark at the World Cups was a key factor in my successful season and when he got on the podium it was just as awesome as if I was there myself. This off-season I really put the hard work in and I know that this season is going to be bigger and better.”- Troy Brosnan. 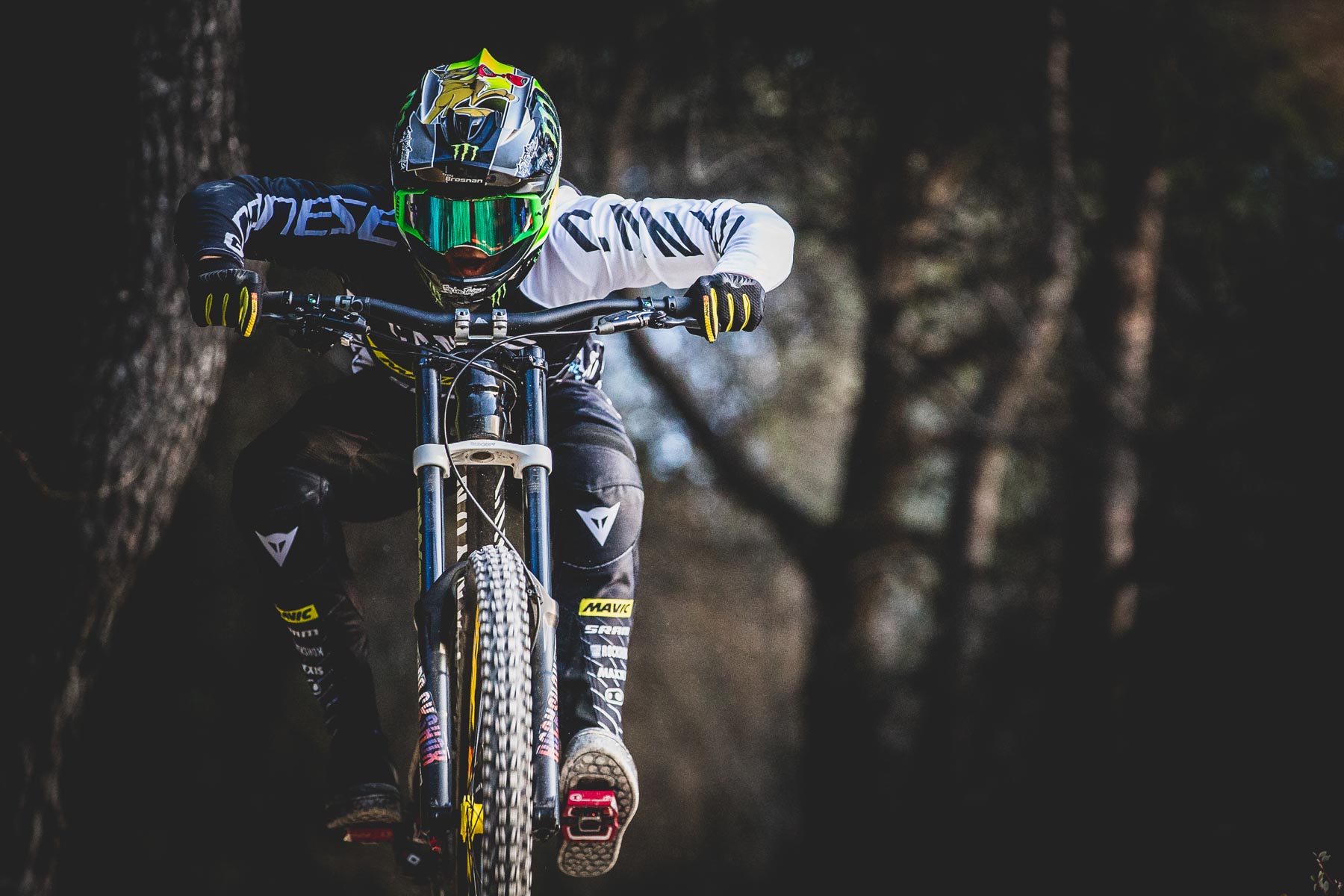 23-year-old Canadian Mark Wallace re-signed with Canyon Factory Racing in November after a standout season which was highlighted by an opening round 2nd place finish in Lourdes, France. Wallace backed this with a consistency-filled season including three top ten finishes en route to an 8th place in the overall standings. 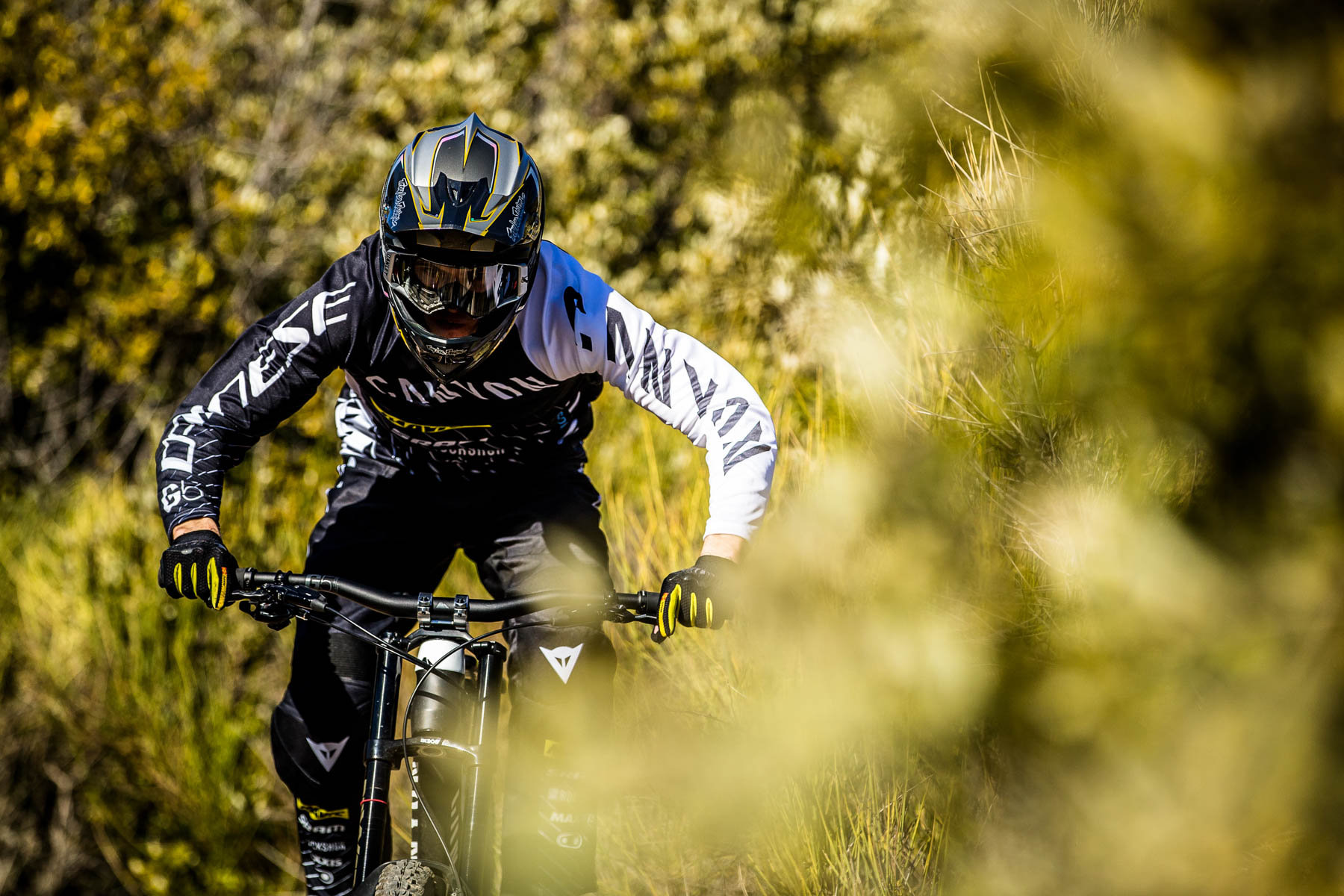 “I am really happy to be on board with Canyon for the next two years and build on last season’s momentum. Last year was a great experience and the Sender was amazing. Next year Kye will be joining Troy and I and after our first camp last month I am really looking forward to seeing what he can bring.”- Wallace commented. 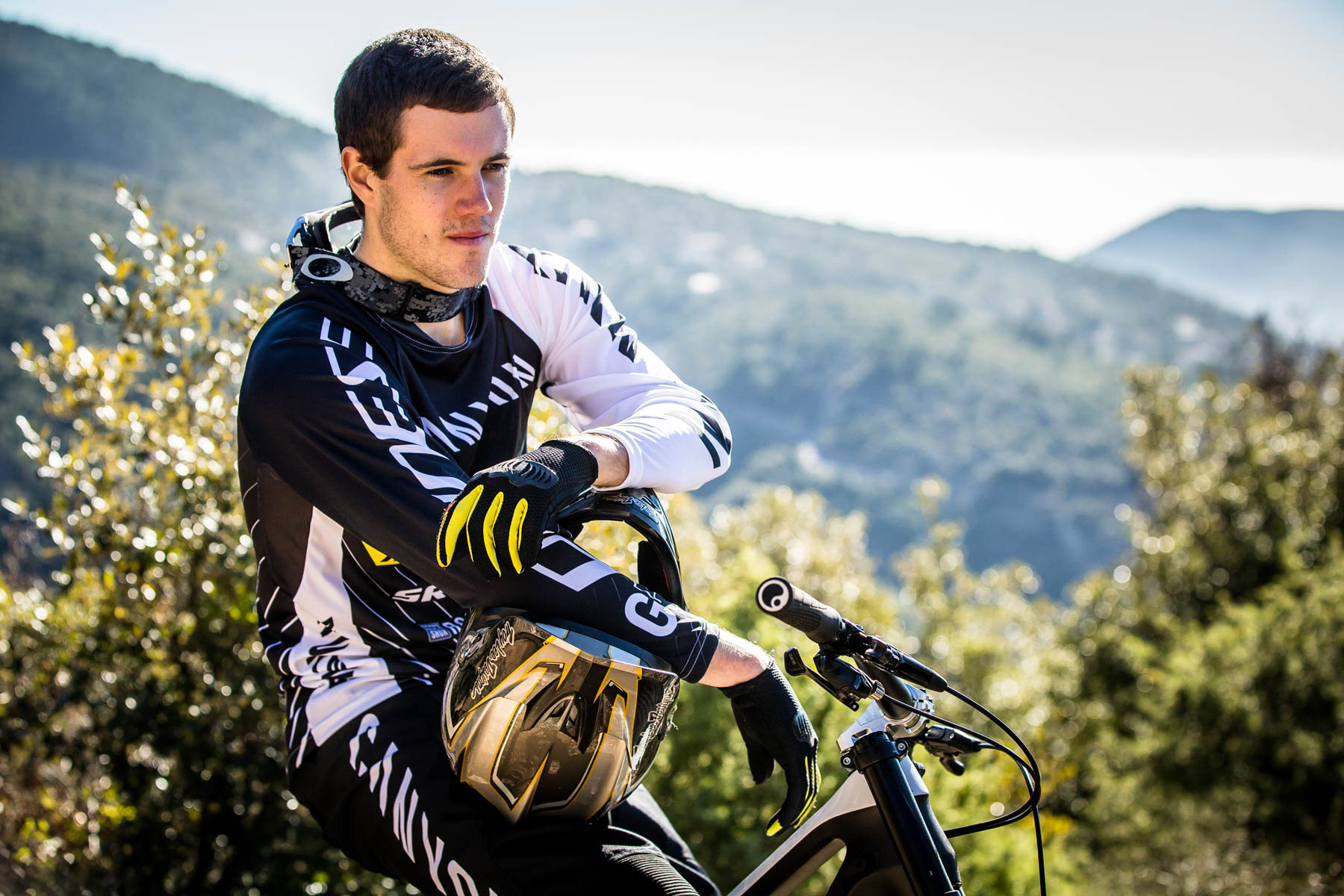 New to the program is sixteen-year-old Australian Kye A’Hern. Coming off impressive results at Crankworx Whistler where he claimed the Prince of Crankworx honor highlighted by his commanding win in the Canadian Open DH.

The 2018 UCI World Cup season kicks off in April on Lošinj, a Croatian island in the northern Adriatic Sea known for its striking bays, rich vegetation and a heinously rocky downhill track. The season peaks at the World Championships in Lenzerheide Switzerland, where in 2017 World Cup action Brosnan narrowly missed the win by a mere 0.162 of a second. Canyon Factory Racing’s focus this season will be the UCI World Cup series as well as select Crankworx events.

Team Manager Gabe Fox says “The season is going to be exciting, heading into a season with two young top ten ranked riders is a great position to be in. I expect Troy and Mark to continue to challenge for World Cup wins.” 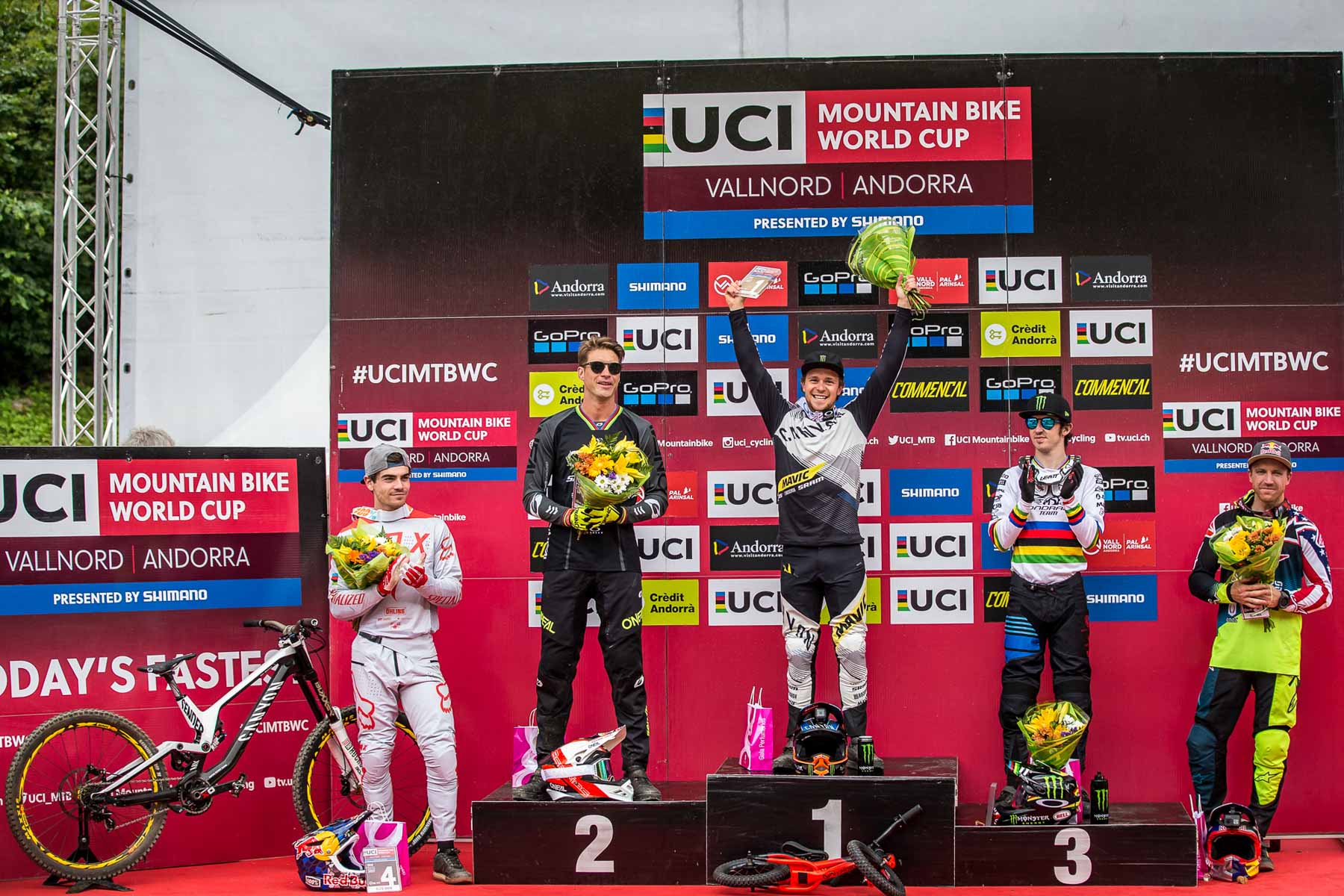 What will Troy, Mark and Kye be riding?

“Our Factory Teams play a crucial role in driving product innovation via exchanges between the R&D department and team riders. It allows us to make key developments in kinematics, geometries, and detect any issues long before they reach the market. To me the teams are much more than a simple promotional tool, they draw people to the sport and keep the scene and products evolving.  It was unbelievable to see the Sender take a World Cup win under Troy in its first year on the circuit, we can’t wait to see what 2018 brings.”- Daniel Oster, Canyon MTB Product & Brand Manager.

“We look forward to the continued partnership with Canyon Factory Racing DH. Troy and Mark have been SRAM and RockShox athletes since the beginning and a huge part of SRAM’s gravity family. We’re super stoked to continue supplying the boys with the highest level, race tuned suspension, brakes, and drivetrain components and to build on last season’s outstanding results.  SRAM’s commitment to gravity racing can be highlighted by this partnership and our mutual push to put riders on the top of the podium.”- John Dawson, SRAM MTB Sports Marketing Director. 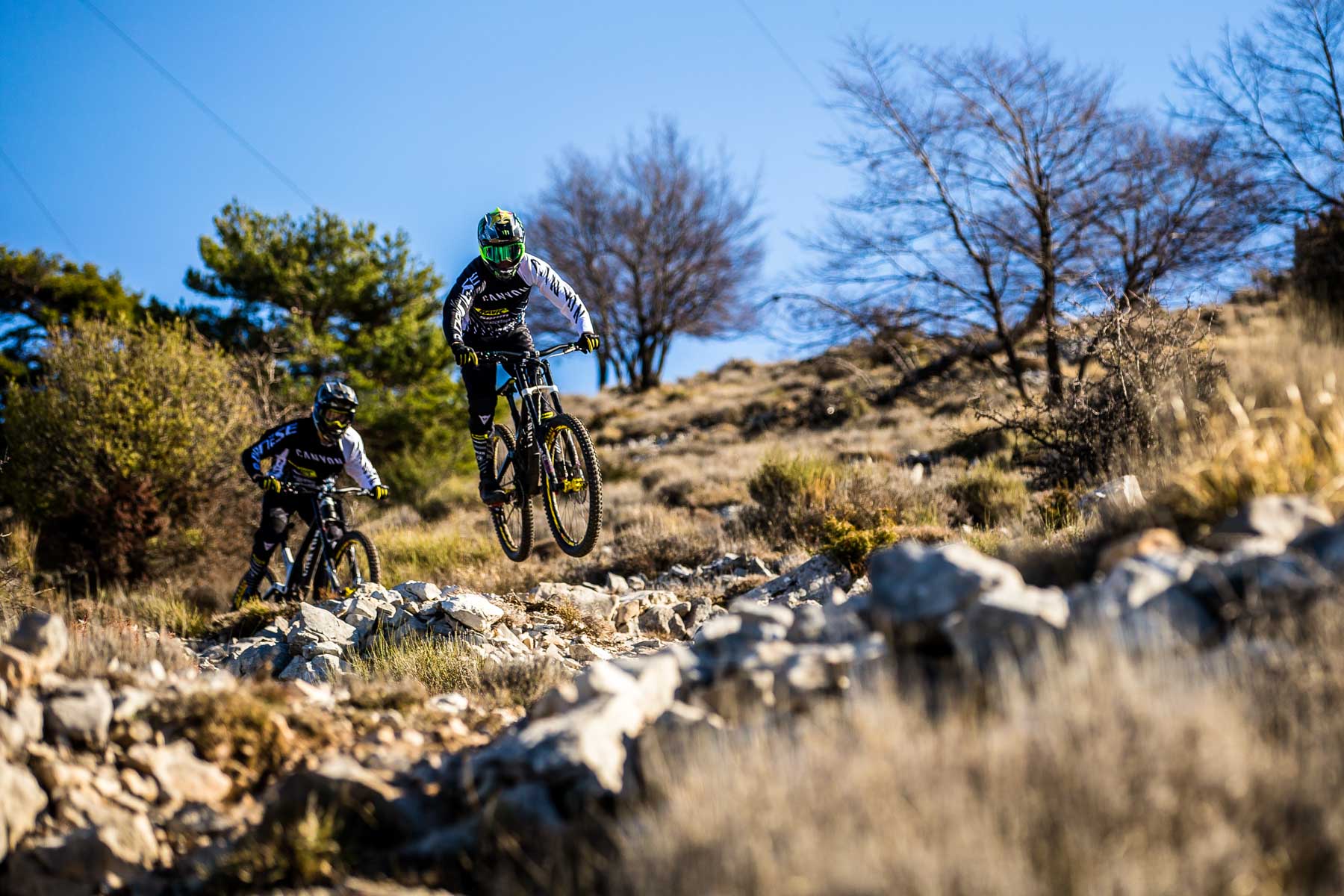 Show me some action!

Learn more about Troy’s off-season training in the video feature: Under The Hood

What started life in founder Roman Arnold’s garage as Radsport Arnold has evolved into one of the world’s leading manufacturers of road, mountain, triathlon, fitness, urban and kids’ bikes. Officially renamed in 2002, Canyon works hand-in-hand with the best athletes on the planet to produce an array of award-winning bikes that embody a pure passion for riding. With a strong reputation for true innovation, implementing leading technologies, clean and clear design as well as the highest standards in quality and service, Canyon continues to expand worldwide, selling more bikes outside of its native Germany than within since 2008. As a pioneering direct sales brand, Canyon products are exclusively available online at www.canyon.com