“I think I’ll take my recovery a bit more seriously today… Less beers, more protein,” ruminated a groaning punter, lying in the grass at Xanadu. Good idea, mate, but let’s not take things too seriously here. After all, you’ve got plenty of excuses for letting your best intentions slip when the race finishes at a winery.

After a postcard perfect day one, the flawless porcelain skies didn’t make a return appearance for stage two – weather patterns shift and shuffle a lot on this deep southern coastline. The trails are just as variable too, as riders found out during today’s 57km run to Xanadu Winery, just outside Margaret River.

A spitting rain farewelled riders as they departed Hamelin Bay (each stage commences where the previous one finishes), the huge pack surging and splitting on a steady four kilometre climb.

The lead group quickly established their own race within a race, barrelling into the loamy Sam Hill downhill, with Mark Tupalski up front. Mid-pack, odours of cooked brakes filled the air, and creative overtaking manoeuvres caused some consternation, as 1100 riders threaded through damp bush, before a charge up the tarmac to Boranup. 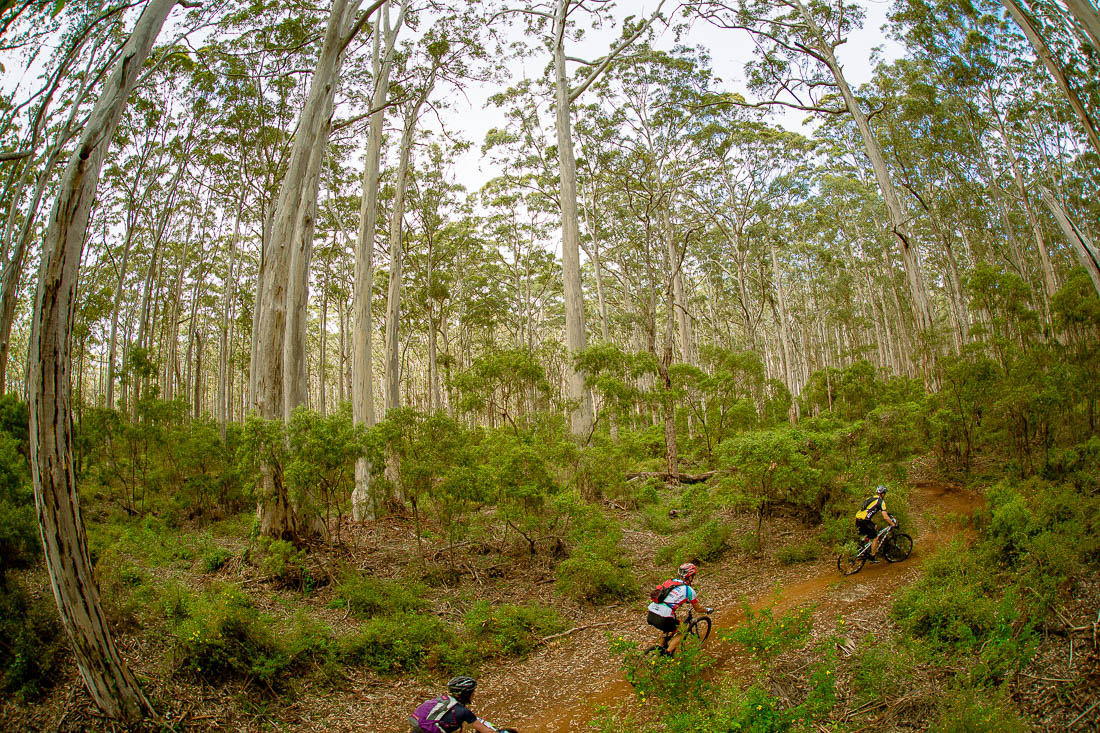 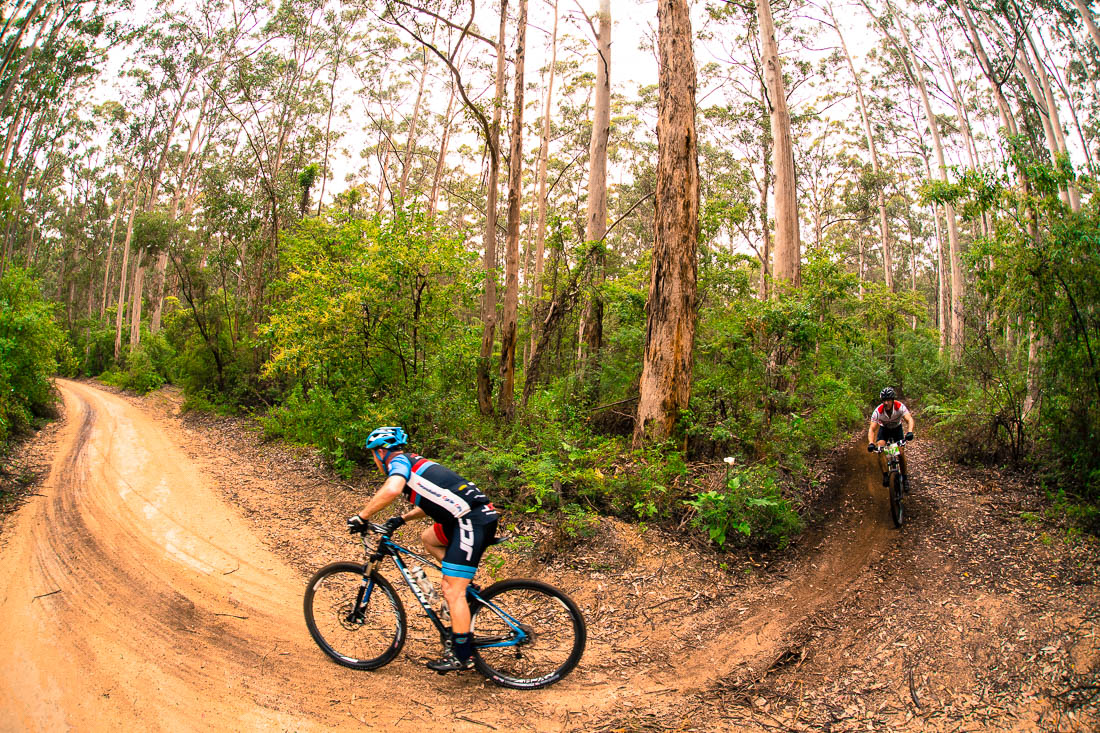 At the head of the field, the magic loamy singletrack beneath the towering Karri trees was chewed up at frightening speed. “When I finally got a chance to look down, my computer said we were at over 35km an hour through the singletrack,” said Mike Blewitt. For those riding at a less frenetic pace, this was a chance to settle in and enjoy the perfect grip and mesmerising flow of the tunnel-like trails.

Friendly singletrack met hostile coastline in dramatic style soon enough, after a sandy, rocky doubletrack descent, and the onshore winds that flattened the surf put a welcome hand on the back of wearied legs on a seaside fireroad grind to Conto Springs. The view of churned surf hammering into this exposed coastline is a stunner, but we doubt Kyle Ward had much of a chance to take it in, as he opened up and attack with 25km to go, building a 45 second gap that he’d maintain till the end of the stage.

The promise of wine is a powerful lure, and row after row of vineyards served as an assurance of relief to come, as riders buried themselves on the final ten kilometres of the stage, passing through the vineyards that are one of Margaret River’s drawcards. A final hammer along the tarmac home undoubtedly had some exhausted riders questioning just why Xanadu Winery made their driveway so long (three kays!) and with so many curves. But the pay off wasn’t far off, in the form of beverages, massages, burgers and a nice soft lawn on which to cramp violently.

For the race leaders, there was no change in the overall standings. “I went out pretty hard, despite my coach Mark Fenner telling me to just do enough to hold onto my lead,” said Peta Mullens, who extended her lead by another couple of minutes over Imogen Smith. Kyle Ward’s attack chops the lead of Mark Tupalski significantly, and with the time bonuses on offer at the Red Bull Sundown Showdown this evening, we could see a shuffle at the top.

There’s plenty of racing left in this event yet, including tomorrow’s singletrack feast in the killer Margaret River pines trails. See you then! 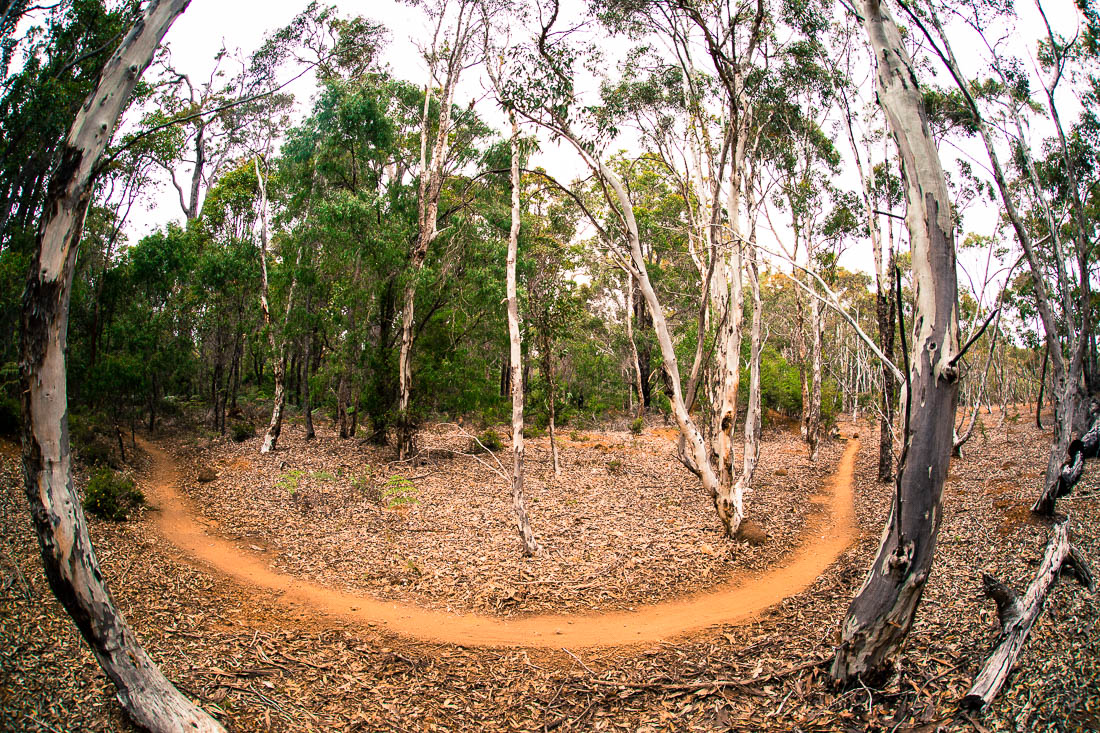 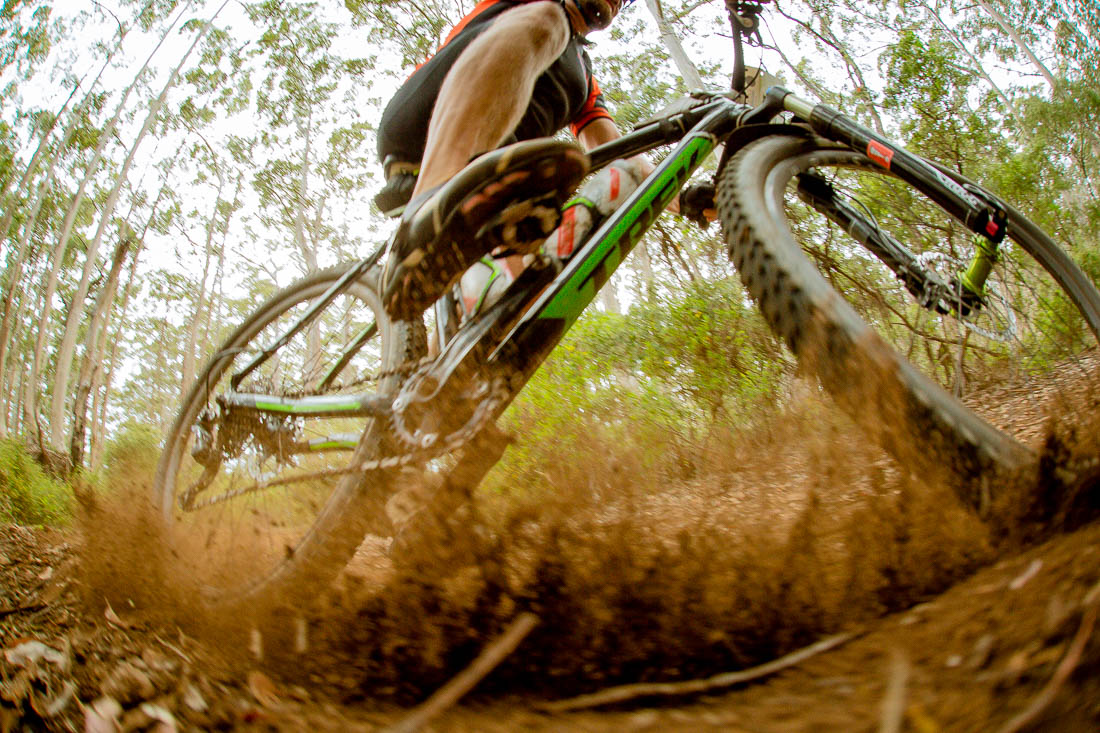 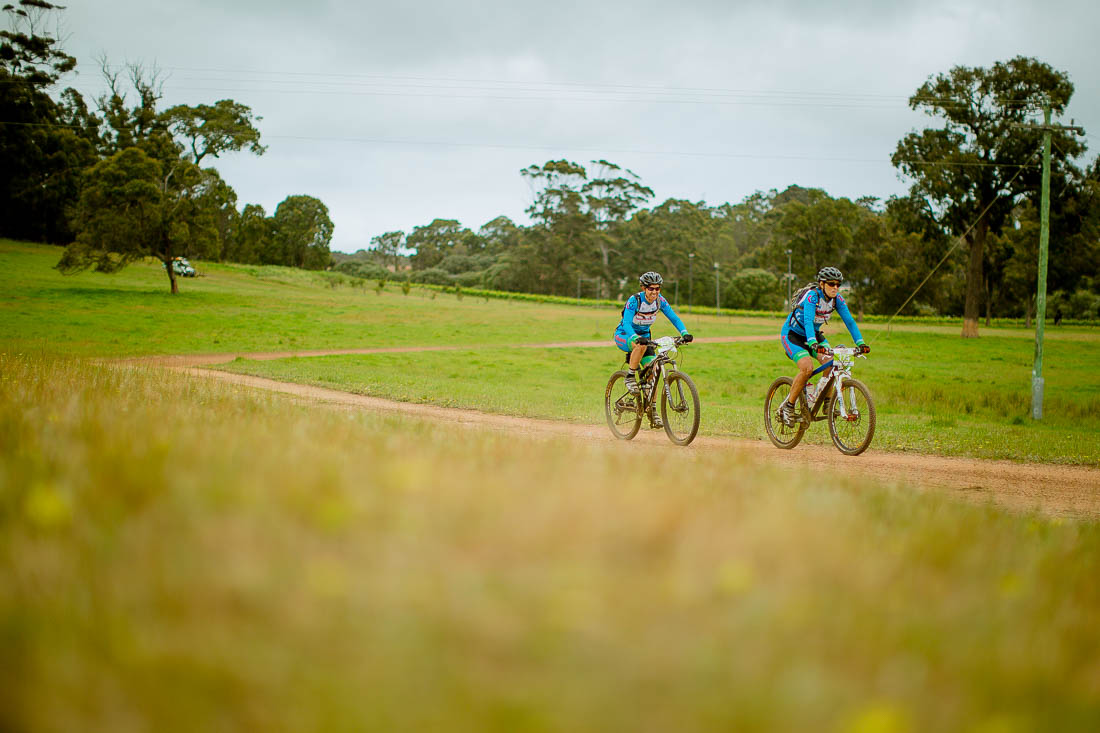