“We had a gentlemen’s agreement,” confessed Kyle Ward, after narrowly beating Mark Tupalski for his second stage win of the 2015 Cape to Cape MTB, “that if it came to a sprint, we wouldn’t attack each other.” Their agreement may have been gentlemanly, but today’s stage was all about acting like a child. 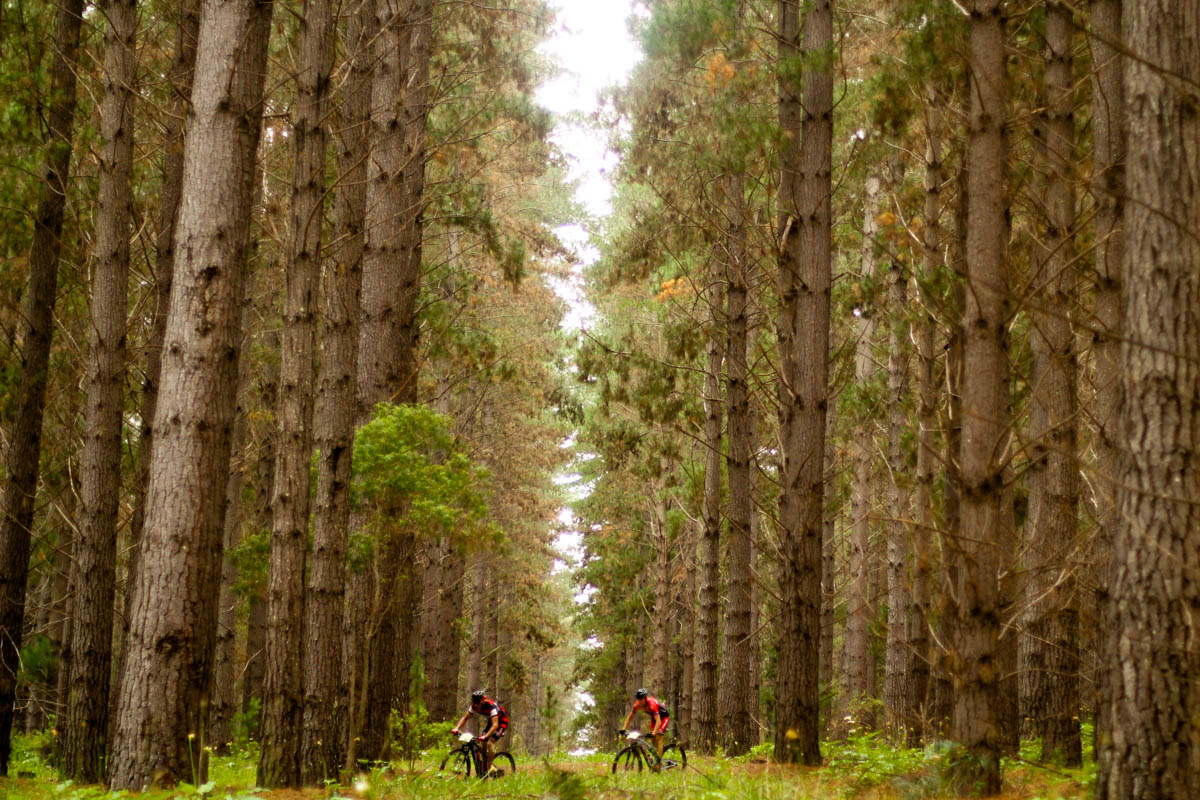 They call day three the Margaret River Special Stage, and it’s the defining day of this event – it’s the pay-off for the blood and tears of stages one and two, it’s the day that everyone anticipates and remembers. For many riders, it’s the very reason they make the journey to Margs.

While days one and two are all about showing off the glorious fruits of this region, day three is all about the trails. And they’re really, really good. Good enough to be rated by many as the finest cross country singletrack in the state.

Wrapping in and around the township of Margaret River itself, a solid chunk of the course for day three is noodle bowl of knotted, berm-riddled singletrack. A cool misty rain had dampened the surface to a perfectly tacky texture too, meaning grip and dust were both a non-issue. Conditions were prime, and riders were stoked.

Much like it’s a waste drinking a glass of Grange when you’re already six wines deep, it’s almost a pity to be racing these trails! This is the kind of singletrack you want to ride again and again. “It was unreal out there,” frothed Tupalski, “the berms and jumps were so flowy.” 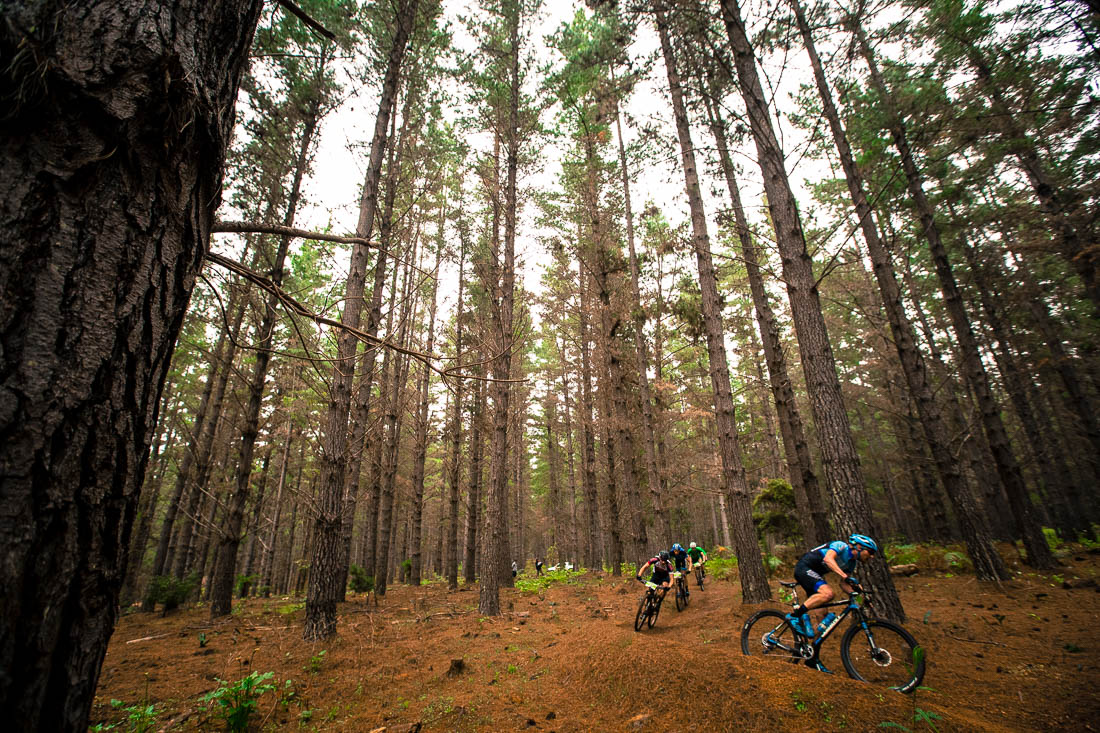 Today’s stage also put on show just what mountain biking, and this event in particular, has come to mean to Margaret River. The day commenced with a neutral rolling start out of Xanadu Winery and through the main street of town, where hundreds of people came out to witness the spectacle of 1100 colourful riders of all shapes and sizes embarking on a day of razzing through the trees. Just as we’re starting to see in regional towns all across the country, mountain biking is creating jobs and fuelling opportunities in Margaret River, and the locals are embracing and supporting it.

The enthusiastic local spirit extended into the trails too, at Heckler’s Corner, where a rowdy home-grown crew busted out the airhorn, a chainsaw and just about anything else that could clang or bang, to pump up riders. “The crowd was next level,” said Mark Tupalski. “It was almost like racing in the Czech Republic,” added Kyle Ward. 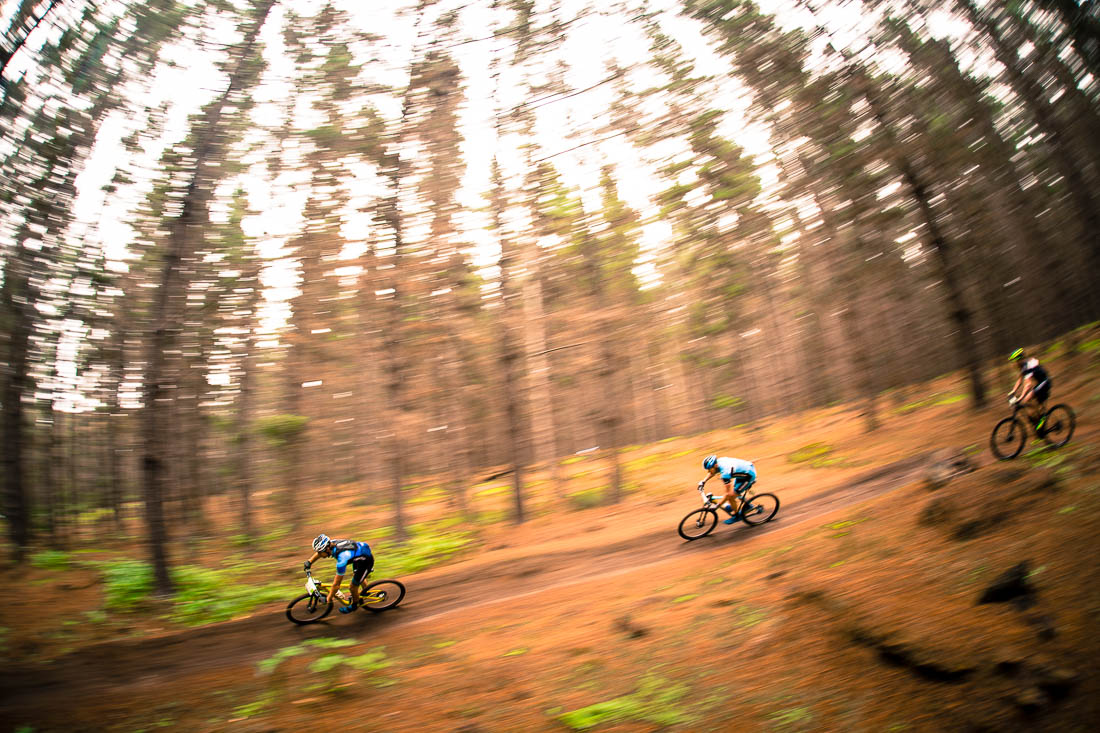 Without wanting to labour the point again, it’s super uplifting to see local riders opening their arms to out-of-town riders like this. Unlike in surfing, for which Margs has traditionally been known, territorialism doesn’t seem to be an issue for mountain bikers; we’re all one big tribe.

While the time bonuses from last night’s Redbull Sundown Shootout saw things tighten up a little in the top ranks, the stage finished without any change to the overall leaders. Mark Tupalski holds a fragile lead of less than thirty seconds over Kyle Ward, with Craig Cook, Jon Gregg and Russell Nankervis rounding out the top five. Peta Mullens had a tougher day in the office, telling us “I kept getting dagged on the climbs and ended up dropping back a couple of bunches.” Imogen Smith maintains second, though she too had a hard day of it with a couple of crashes taking their toll. For the riders whose main aim was survival today, Colonial Brewery proved just the ticket – recovery lagers all round, please!

And just like that, we’re into the final leg for another year, as riders push on north to the top of the Cape at Dunsborough. Come back tomorrow, same Flow place, same Flow channel – see you there.