With a seventh stage win on the final day at the 21st Crocodile Trophy the Swiss Urs Huber claimed his third race victory since 2009 and 2010. Soren Nissen from Denmark claims the second place ahead of Australia’s Marathon National Champion, Brendan Johnston from Canberra.

Nicholas Pettina comes in fourth overall and the young Austrian Lukas Islitzer in fifth. Sarah White from Cairns (AUS) takes the win in the Elite Women’s category on the podium at the breathtaking Four Mile Beach in Port Douglas after more than 700km and 17,000m of elevation raced since the event started nine days ago in Cairns.

Today’s time trial stage started the rider field in reverse order of the general classification onto undulating, historic gold rush mining trails and then down the infamous “Bump Track” into Port Douglas, which is a very steep and technical descent through the dense rainforest surrounding the popular holiday destination in Tropical North Queensland. The race leader Urs Huber was released last and said that he knew he had a healthy gap and didn’t take any risks on the rough descent. 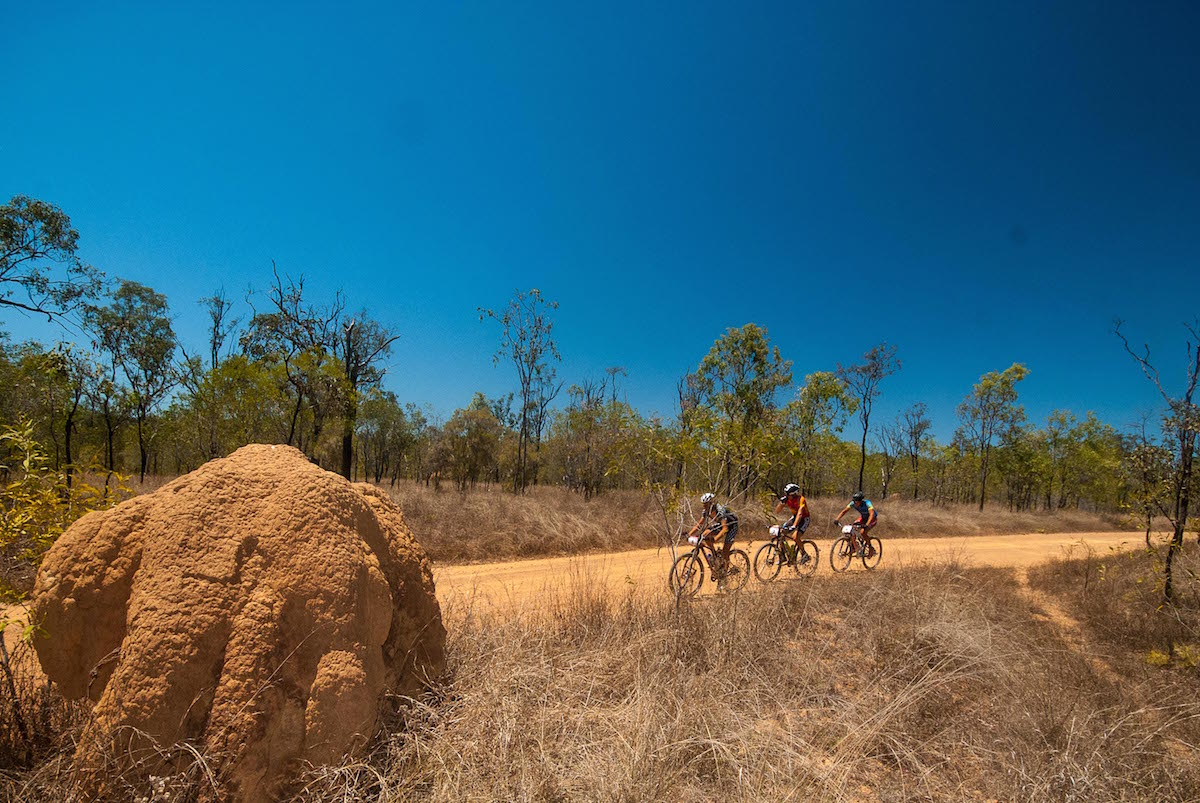 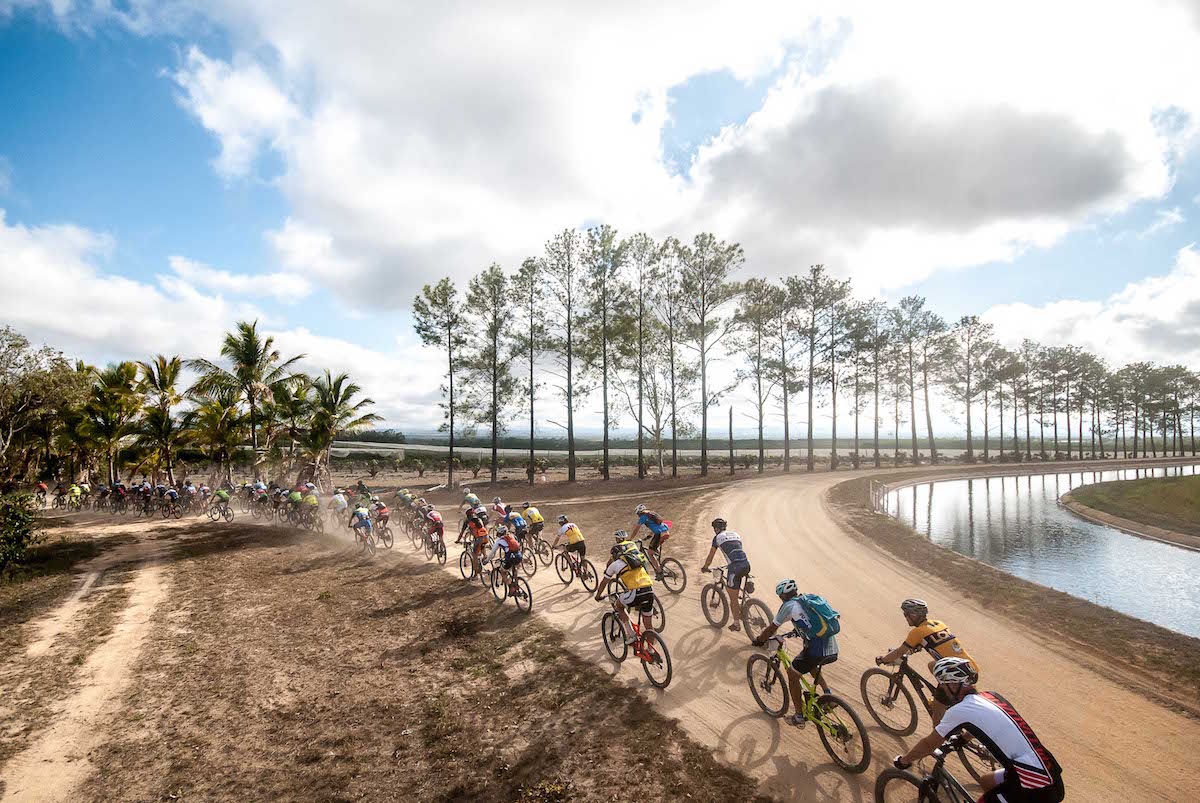 Once again proofing this week that he is the deserving 2015 Crocodile Trophy Champion, he won today’s stage in 54:24.0 min, breaking last year’s record time by almost four minutes.

“I’m really happy about my third victory at the Crocodile Trophy. This race has changed so much since I won it last in 2009 and 2010”, Huber said about the event that was founded in 1994.

“Nowadays you really have to be a complete cyclist to win this event – you must have the skills and strength to do well on all terrains: singletrack, rainforest and bush trails and the wide open Outback roads”, he added and explained that to win you had to be an all-rounder and be able to deal with race tactics, especially on the later and longer marathon stages. “Of course the conditions in Australia are always a challenge, but exactly what makes this race so unique!”, Huber concluded. 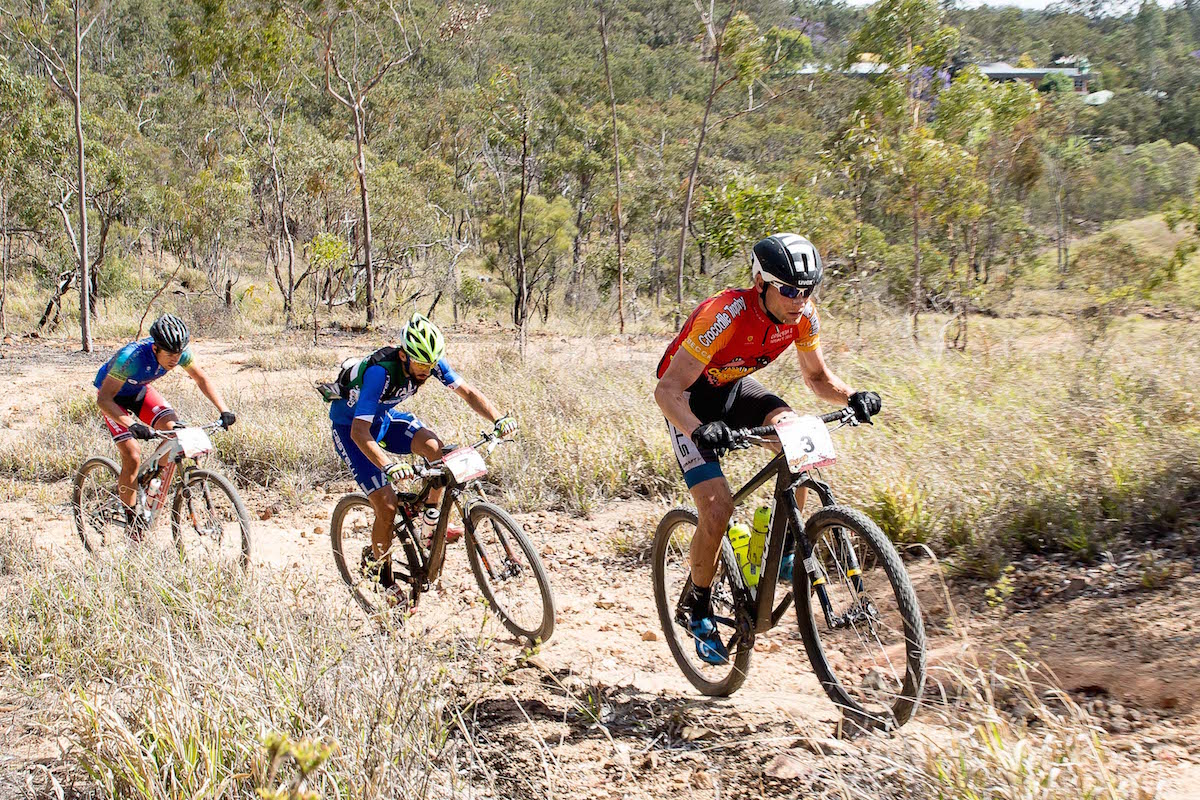 In second today was the Italian Nicholas Pettina (+1:28.1 min) and he claims the fourth overall placing in the race. “I’ve had a bit of back luck and lost a lot of time, but I’ll be back for sure, I know now what it takes to do well at this race”, Pettina said.

The second place overall was claimed by the Danish athlete Soren Nissen and having participated in marathons and stage races back to back since January he said caught up with him, but that he was hoping to be up against Huber again next year in Europe to get even. “I’ll be ready to go up against him again at the Alpen Tour Trophy next year in Austria”, Nissen said, referring to the organisers’ four-day UCI stage race in the Austrian Alps in June. 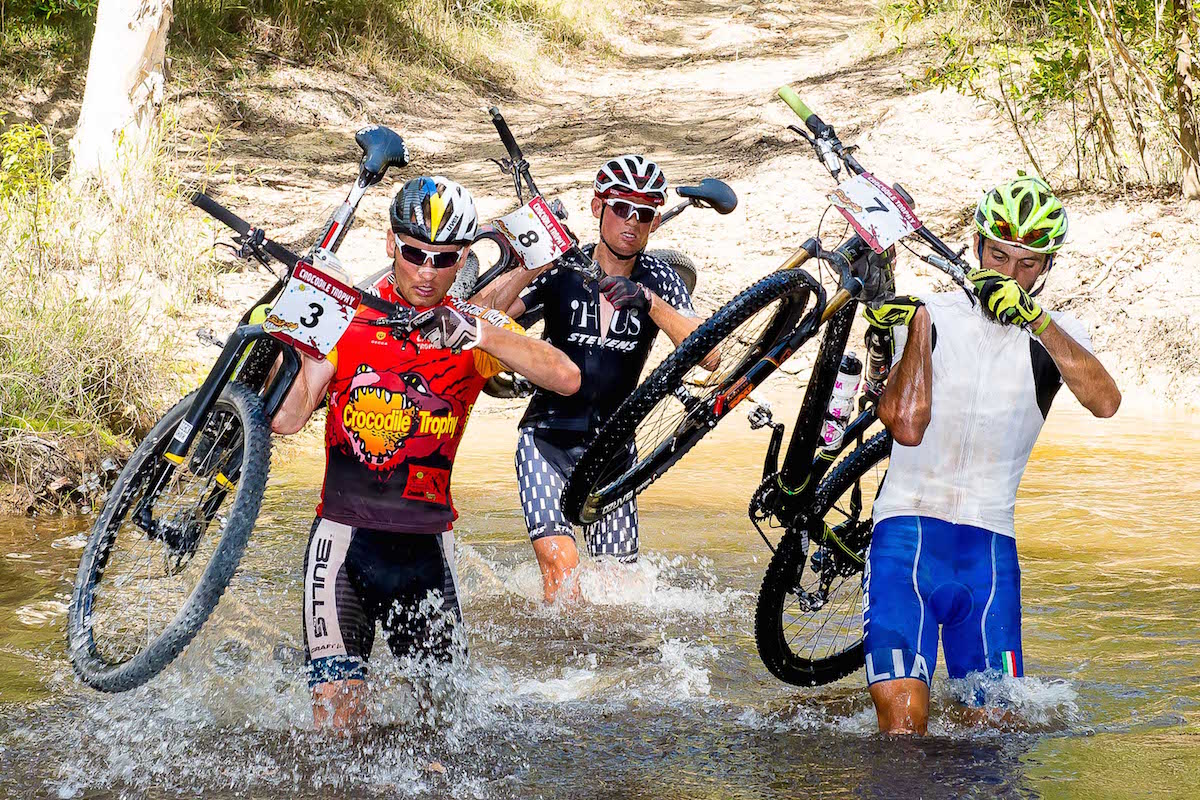 Today’s third-fastest time was clocked in by the event’s Best Australian Brendan Johnston (AUS, Canberra) with a gap of +2:01.0 min. Finishing third overall in the strongest elite field in the history of this legendary race he said, made him proud, “This was the hardest race I’ve ever done and certainly the longest stage race. I’m still young and it was a fantastic experience to race with such strong racers from all over the world. To race onto the top-three podium, I’m happy with that.”

Crocodile Trophy has everything

Johnston further agreed with Huber that it took a complete racer to win this event. “The Crocodile Trophy has everything you could ever imagine riding on a mountain bike – steep descents, long climbs. Technical singletrails, wide open roads. Rocky and sandy sections. Rainforests and bush. Outback and beach. Rain, mud and heat. There is literally nothing that mountain biking includes that isn’t in this race”, he said.

Sarah White from Cairns is the elite women’s champion in 2015, finishing in 36h56:30 over the 9 days. “I really enjoyed this race, my first stage race. I’d love to race it again and would love to see more women in the field. It’s a tough race, yes, but absolutely doable – to win so close to home makes me really proud”, the steadfast ex-ultra marathon runner said.

From jungle to bush to Outback to beach

The final kilometres were be raced on the sandy beach, right on the water and for many riders the start in the jungle around Cairns seems long ago. Since last Saturday they raced in on the Atherton Tablelands’ MTB Park and rainforest surrounds. For stage five and six the Crocodile Trophy raced in the bushlands, mining country and the Outback in the Irvinebank region before arriving at the tropical Skybury Coffee Plantation on Friday. Last night the set up camp at the historic Wetherby Cattle Station and for the second time in the race history, the event finished on Four Mile Beach in Port Douglas.

The racers received a warm welcome in Port Douglas with more than 500 spectators cheering them on as they crossed the final finish line for 2015. Many were reunited with families and friends and the international racers will spend more time in Tropical North Queensland, some taking up to three weeks here to recover from the strains and pains of the legendary mountain bike stage race that is the Crocodile Trophy. 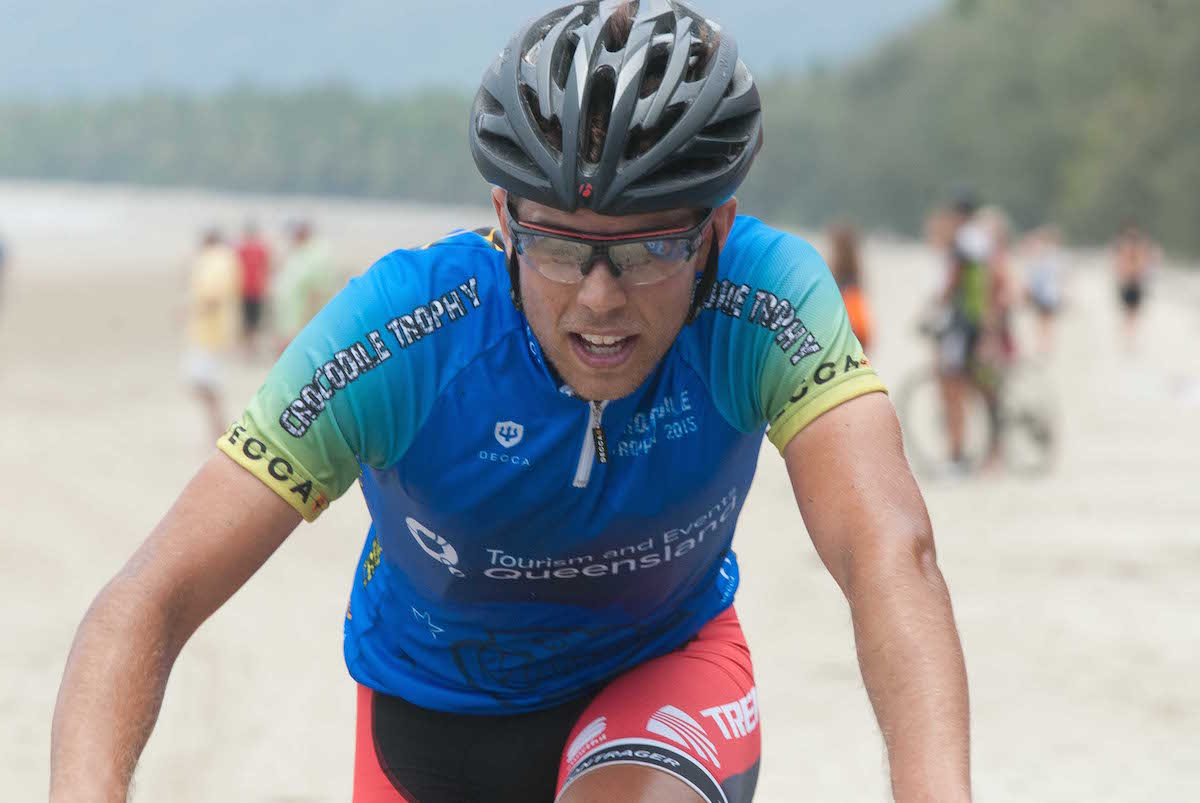