What's new from the big G? The 2019 range from Giant sees some huge developments (most notably on the e-bike front), a lot of evolution, a cool partnership with DVO Suspension, electronic suspension, stronger wheels AND new bike that we can't show you!

Giant are incredibly strong here in Australia, and so the arrival of a new year’s range is always watched very closely. For 2019, itt’s a bit of a mixed bag on the mountain bike front, with huge developments in some areas and only slight tweaks in others.

Obviously e-bikes is the area where we’ve seen the biggest leaps, with massive investment in two new e-MTB platforms for Giant and Liv. We’ve already delved into this extensively with our first ride reviews of the Liv Intrigue E+ and Trance E+.

Watch our video overview of the 2019 Giant range highlights below!


Read our write up of Giant and Liv’s superb new e-MTB platforms!

Giant do have another surprise up their sleeve too; there was a screened off area at the dealer show which we weren’t allowed to see (dealers only!) containing a new bike that is under embargo for the time being. We’re guessing it’ll be a 29er trail bike of some description, as that’s clearly a hole in the line-up now.

It’s interesting to see the partnership between Giant and DVO Suspension. The collaboration between the biggest bike brand in the world and a small, boutique suspension company is exciting to see. It adds an element of high-end exclusivity to Giant, plus it’s a massive opportunity for DVO to break into OEM market and compete directly with FOX and RockShox. We’re looking forward to trying out the DVO equipped Reign and Trance models. 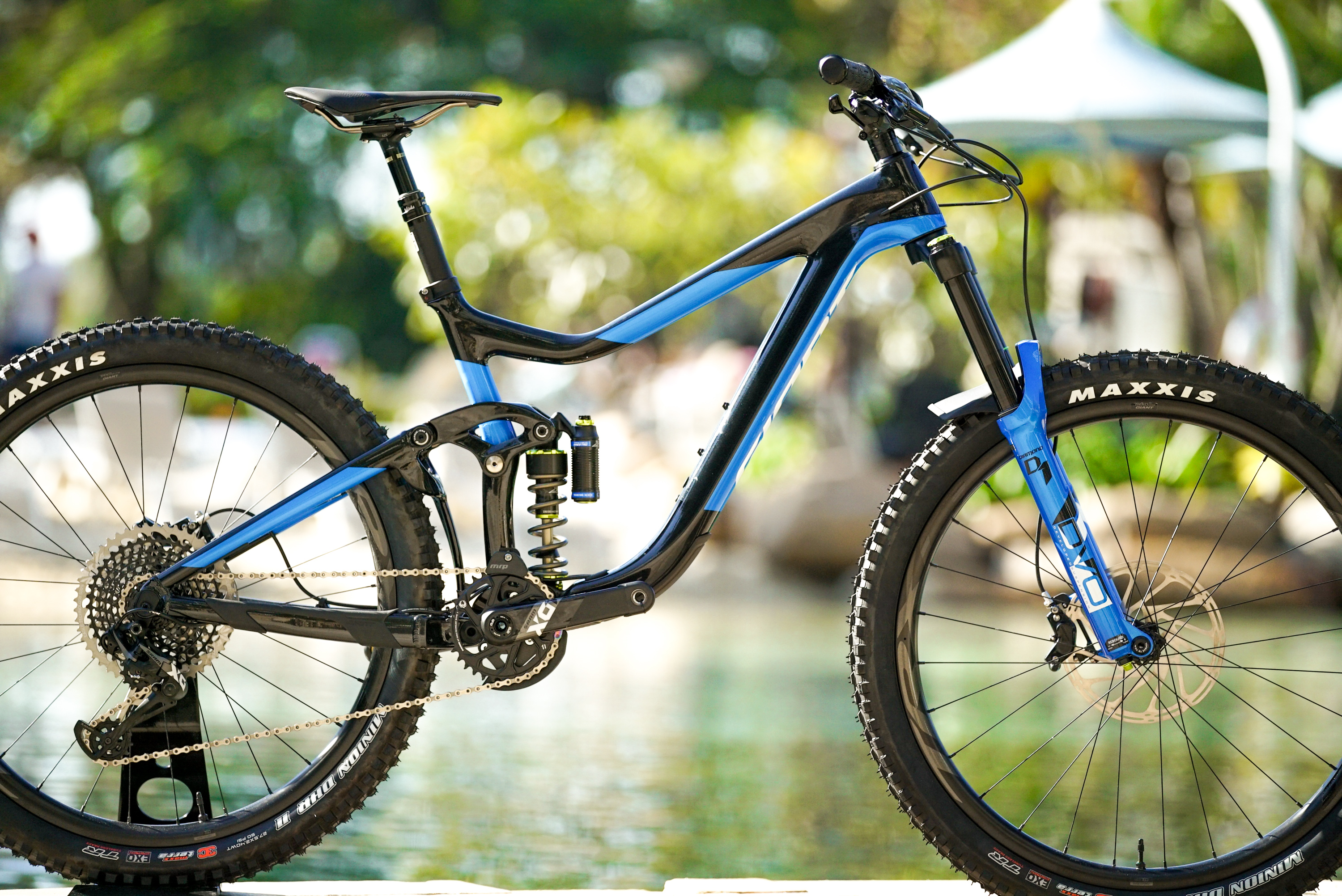 On the subject of suspension, Giant also had a Anthem model equipped with the new FOX Live Valve suspension system, which is not due to be officially released for another month or so. We’ve been riding this system for a few weeks now, and it’s pretty special (although it does elevate the price to an eye watering $11,000 for the Anthem Advanced 0).