Over 1,200 riders took part in this year’s 10th anniversary edition of the Giant Odyssey at Forrest, Victoria. The Giant Odyssey is known as one of the toughest mountain bike marathons and continues to attract an impressive lineup of riders. It also caters for novice and junior riders with a range of distances to suit all abilities.

In the premier 100km Giant Odyssey event Chris Hamilton worked with team mate Tasman Nankervis, who finished 2nd overall, to push Jongewaard to his limit and the 20-year-olds proved too strong in the hills on the final loop of the race to take lead position and secure the top 2 steps on the podium.

“For these marathon races you need to play it pretty smart and being able to work with Tasman was good. We pushed on the first King of the Mountain climb to test the field and felt we were in pretty good form. Chris was ahead going into the last big climb but Tasman was helping to set a good tempo and then we hit Chris about half way up and managed to pull away from him. Tasman and I were pretty evenly managed but I just had a little more than him there at the end,” said overall winner Chris Hamilton.

Adrian Jackson, who won the event in 2010, finished in 3rd with Jongewaard 4th and Paul van der Ploeg rounding out the top 5 men.

“From the start I knew Chris and Tasman were strong and were going to push me but I didn’t give it up, I gave it everything I had but the boys were just a lot stronger on the climbs. It’s never really about coming here to win; it’s about enjoying the trails and the atmosphere and I certainly did that,” said Chris Jongewaard.

In the women’s category Peta Mullens finished 13 minutes ahead of second placed Renata Bucher who won the event in 2013, with Jodie Willett in 3rd, Rebecca Locke 4th and 10-time Giant Odyssey rider Jessica Douglas rounding out the top 5 women.

“I’ve been bridesmaid here two years in a row by very small margins. This year I tested the others on the early climbs and at 3 hours I still felt really good so I just tempo’d up the climb to try to break the record on the timed descent. I’ve got a good endurance base behind me and I love the Giant Odyssey and it’s really good to be back and to win again, especially for the 10th edition. This really is a mountain biker’s marathon with all the sick single track out there but it also caters for everyone with the 50 and the 30km events so I hope everyone had as good a day as me,” said female winner and new record holder Peta Mullens.

Also competing today were 8 people who have finished the gruelling 100km event every year since it started in 2007, known as the ‘Odyssey faithfuls’. Congratulations to those riders who have now done 10 Odysseys: Jessica Douglas, Neville Bird, Lee Floyd, Brian John, Bevan Kerr, David Rusden, Dave Scarlett and Craig Sullivan.

“Every Odyssey is a bit different and every one is special but I love it every time and I’ll keep coming back. The trails are awesome and I won’t be stopping for anything,” said 10-time rider Brian John.

It was tight racing in the popular 50km Giant Shorty event with Jack Lamshed finishing first, ahead of Warren Faneco in 2nd and Matt Ligtermoet in 3rd.

“There were 5 of us in the lead pack and then I broke away in the climb on the last loop. After finishing 3rd twice previously it was good to get the win today. The trails were beautiful and clean, it was a good race and a really nice day out,” said 50km winner Jack Lamshed. 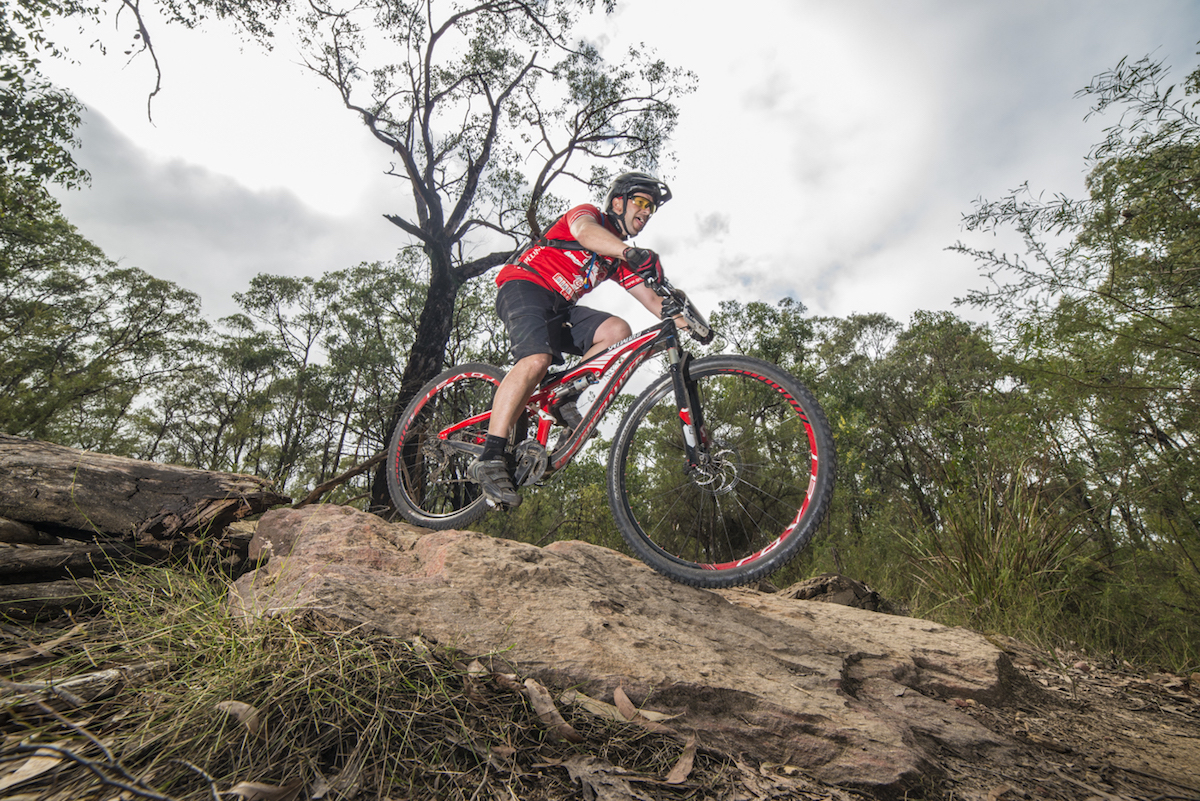 Karen Hill was the clear winner in the women’s 50km, finishing more than 20 minutes ahead of Belinda Hadden and Margaret Clark.

“It was a good short, hard race. The trails were really good, I always love coming down here and Track 15 is one of my favourite trails so that was a really fun way to finish today,” said Karen Kill, women’s 50km winner.

“There are 6 of us from Adelaide who have come over together; it’s a great weekend away. It’s the second time I’ve been here and I absolutely love it. The downhill sections are beautiful. The uphill is tough but it’s part of it and I love all the single track,” said Derek Blacker, 50km rider.

Then 200 less-experienced riders took on the new 30km Giant Rookie event. This event has been specifically designed for novice riders and developing juniors. First across the line was Darian Murnane in the men’s and Natalie Saunders was first female.

“It’s a great concept, my 13 year old son is doing it too and he’s super excited – it’s a great way for him to be involved,” said Darian Murnane. 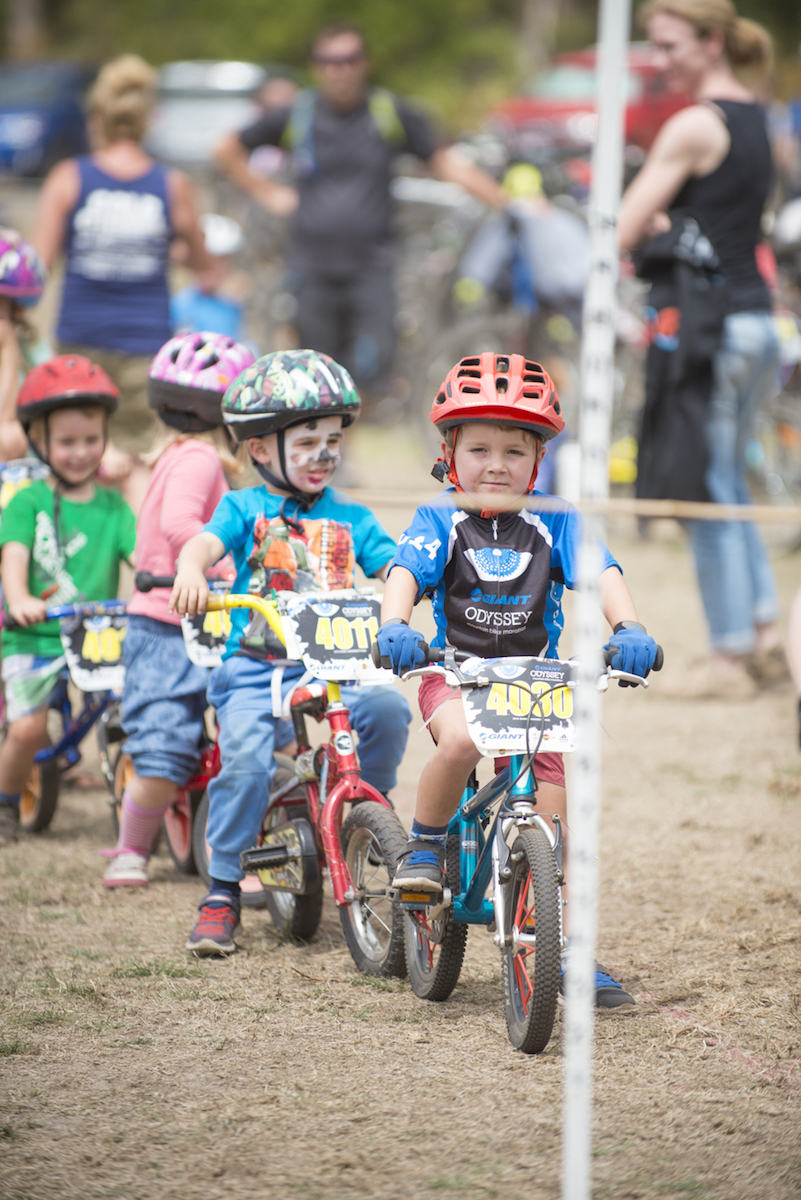 “I fell off but it was all good. It was the perfect distance and the trails were really good. I’ll do the 30km again next year but then I want to have a go at the 50km,” said 15 year old Joel from Ballarat.

In the afternoon focus turned to the kids with the 10km Giant Pioneer event and the new Giant Grommets ride.

Riders in the 10km Giant Pioneer included lots of young ones (the youngest being just 6 years old) as well as some riders at the other end of the age scale with Rod and Patsy Bush aged 68 years. This event is designed for new comers to mountain biking and gives them an achievable taste of the Forrest trails.

The Giant Grommets is another new feature of the event this year and encourages little kids to get on their bikes and have some fun. Fifty kids aged between 3 and 8 took part in an obstacle race, bike limbo and other fun bike activities. 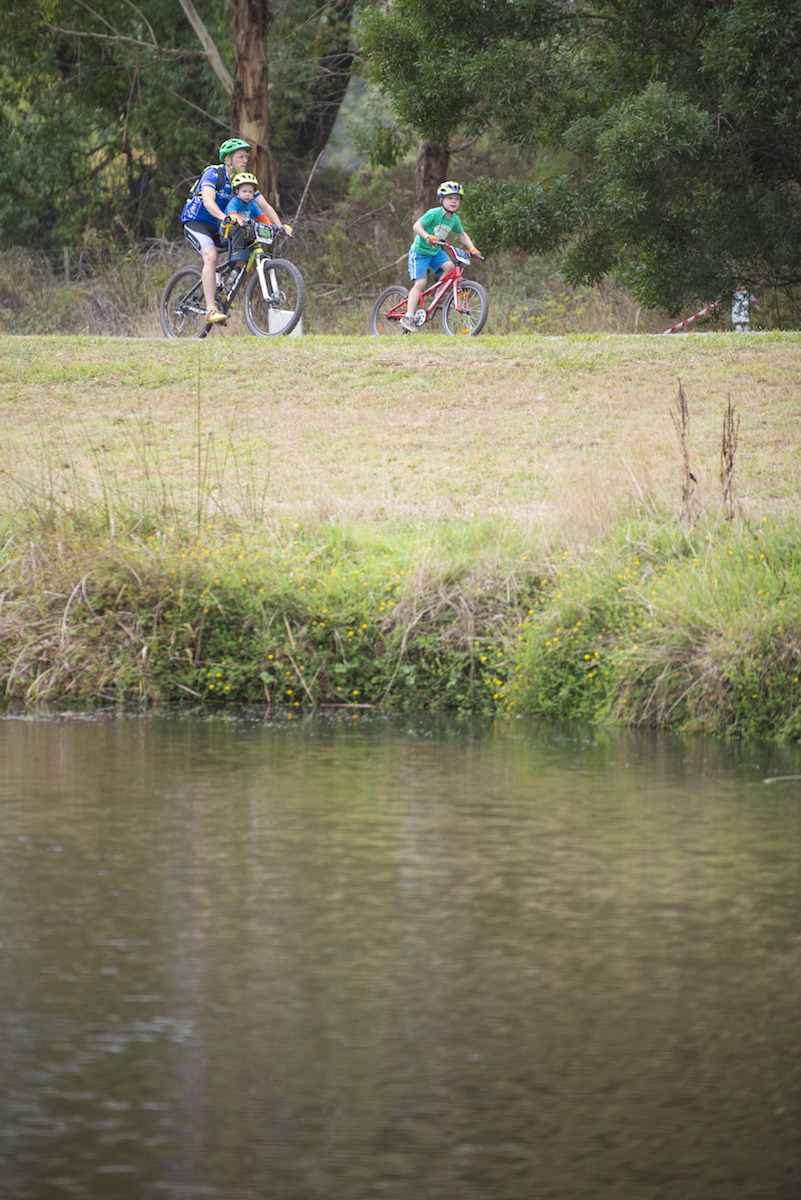 Race organisers Rapid Ascent were rapt with the success of the 10th edition of the event.

“We are so proud that the Giant Odyssey is still going strong after 10 years. The event has a reputation for being one of the toughest and most respected mountain bike events in Australia and has had a huge following right from the word go with 1,000 riders participating every year since,” said Sam Maffett, General Manager, Rapid Ascent.

“Thank you to everyone who has taken part in this event across its 10 year history. It’s such a supportive and friendly event atmosphere, the extensive network of single track in Forrest is second-to-none, and we hope to see the event continue for at least another 10 years,” he said.

For full results and competitor photos refer to www.GiantOdyssey.com.au