Cameron Ivory (NSW) and Rebecca Henderson (ACT) have both recorded exciting race wins at Round 5 of the Subaru National Mountain Bike Series held in Thredbo, NSW.

Cross country mountain bike action took place on a challenging 5 kilometre course, with riders battling for supremacy in the penultimate round of the series presented by Mountain Bike Australia (MTBA). With dual Olympian, National Champion and series leader, Dan McConnell (ACT), absent while racing the Pioneer MTB stage race in New Zealand, the race was wide open for the Elite Men.

Today’s race started steadily, but was quickly broken open on the second of eight laps, when a trio comprised of Ivory, Scott Bowden (TAS) and Brendan Johnston (ACT) surged at the front. The group worked together during Lap 3 to increase their lead over Kyle Ward (NSW) and the field, building a gap that would never be bridged.

Ivory talked through the race pattern: “I took the lead on the second lap and led until the last lap, when Scott got past me, and then he attacked me a few times and I was able to just hold his wheel.” With the group of mates staying together for the duration, it looked like the Thredbo crowd would witness a classic sprint finish, and today the riders did not disappoint.

“Coming into the finish I knew I had quite a good kick”, said Ivory. “I was kind of confident that I could come past him (Bowden), but then he opened up a small gap into the finish and that scared me, but I think I got him by just under a bike length in the end.”

Timing data showed that Ivory secured the win by an incredibly narrow .12s. He was impressively confident post-race when discussing his biggest goal for the year: “To qualify for the Olympics, that’s what I’m focusing my season around.”

Bowden was gracious in second place. “I gave it everything on the last lap and tried to get a gap, and it came down to the last couple of metres. Hats off to Cam, he rode super-strong today and just got over me on the line.”

Johnston, who had been in the lead group all race, rounded out the podium with a well-earned Bronze medal.

Dan McConnell retains the series lead heading into the final round next month in Toowoomba, QLD.

In the Elite Women’s race, Olympian Bec Henderson (ACT) was the form rider coming into the round, having recorded wins in both races of the double-header just two weeks prior in Pemberton, WA. 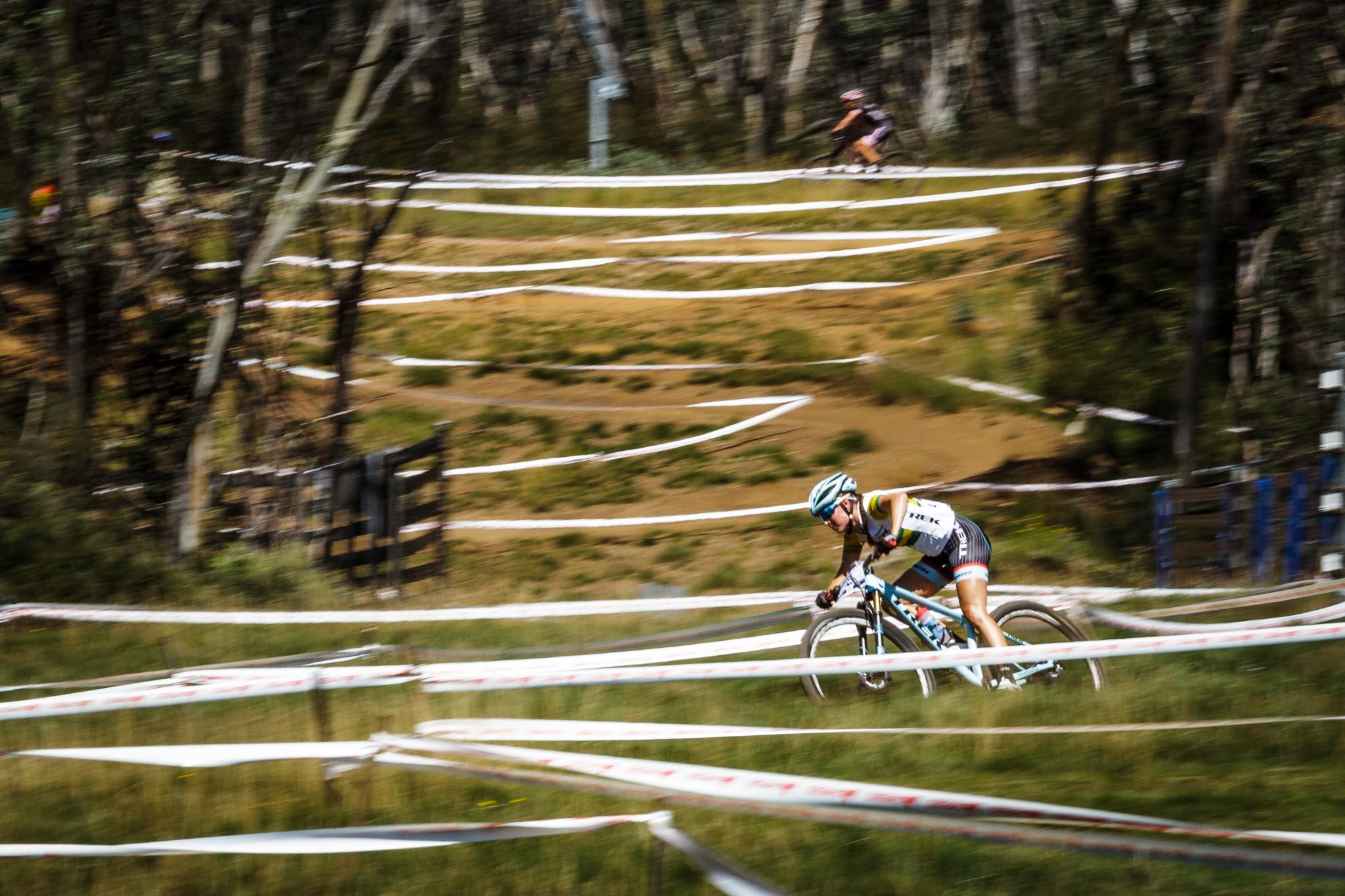 After finishing the first lap in 3rd place in a tight bunch with Samara Sheppard (NZL) and Peta Mullens (VIC), Henderson was able to make a solo move during Lap 2.

“I got a bit of a lucky break. I was first, Samara second and Peta third, and then Samara dropped Mullens’ wheel and I took advantage of that, with this giving me a little gap over Peta.”

Henderson continued to build her lead through the middle of the race.

“I knew I had to get away with a good amount to spare. With 7 laps it was always going to be a hard last section of the race. I just tried to get a sustainable gap and then I would hopefully be able to hang on” reflected Henderson.

She would eventually win by 30s, making it three wins from three races for the reigning National Champion.

Peta Mullens came into summer as the defending National Road champion and has spent much of her season racing road, having only competed once in the Subaru National Mountain Bike series, earning Silver in Stromlo.

“Today wasn’t just ‘back to the series’ to me, it was back on a mountain bike. I was pretty surprised and happy to finish just 30s behind Bec” exclaimed a happy Mullens.

She rode a consistent race to 2nd place, Sheppard took 3rd, and Jenni King (VIC) finished 4th today to maintain her lead in the series.

Turning to junior racing, in the Under 19s Men’s race, Cameron Wright (QLD) once again “rode up” from the Under 17s and recorded another remarkable win, with Nick Pedler (QLD) and Michael Harris (NSW) rounding out the podium.

Katherine Hosking (NSW) was exceptionally strong in the Under 19 Women’s race, winning from Sarah I’ons (NSW) with Ruby Wilson (ACT) in third.

Full results from the racing can be found at:

All information for the Subaru National Mountain Bike Series can be found at: