Dan McConnell (ACT) and Rebecca Henderson (ACT) are true mountain bike champions, and today they delivered as champions do, defending their National Championships titles and once again earning themselves the green and gold jerseys. 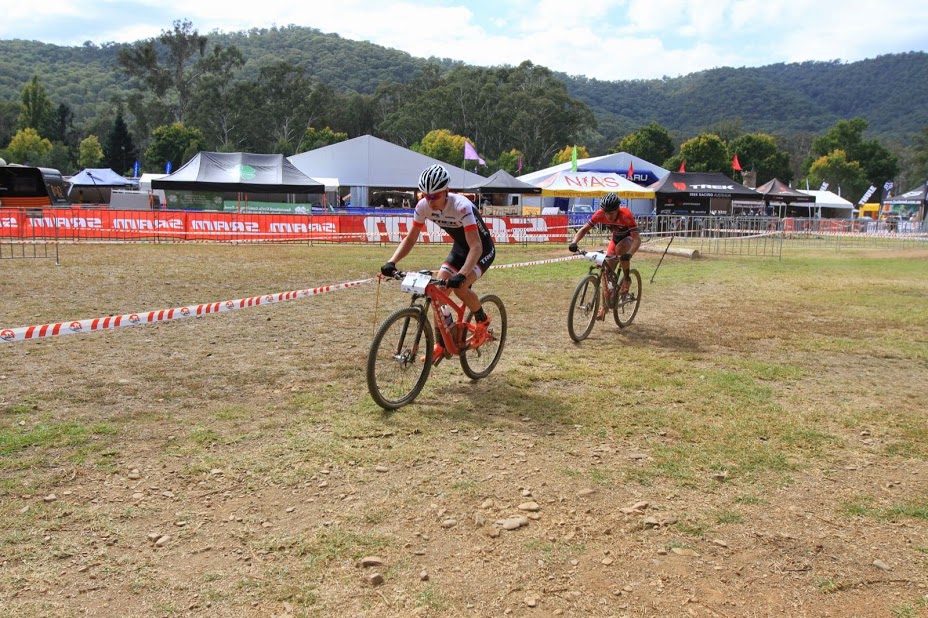 In the Elite Men’s race, McConnell, Brendan Johnston (ACT) and Cameron Ivory (NSW) made a break from the get go, putting a small gap between themselves and the rest of the pack.

They led the other riders for the first half of the race, but on lap 3 teammates McConnell and Brendan Johnston (ACT) broke away from Ivory and the pair would race wheel-to-wheel until the very end. 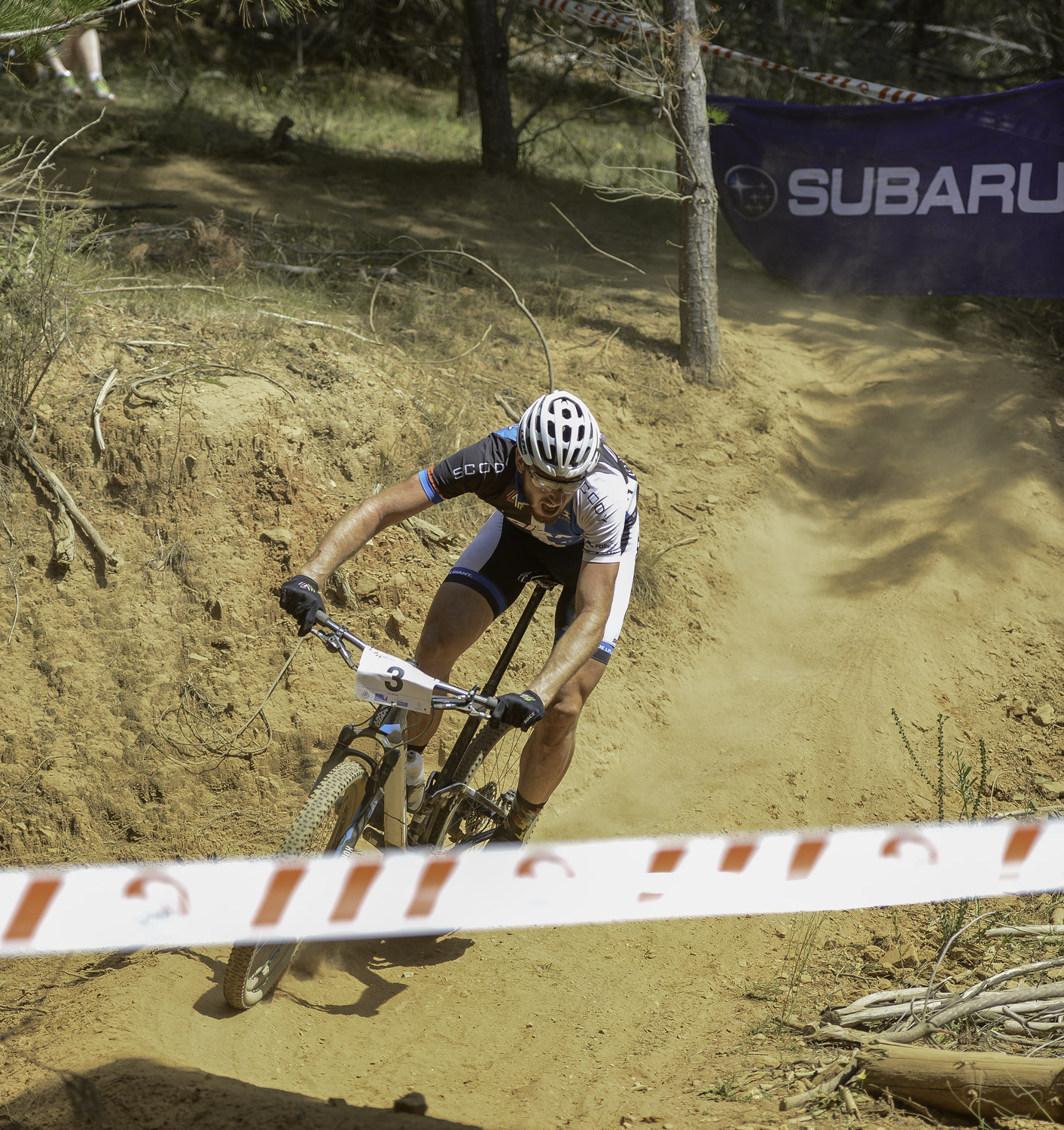 The final lap was anyone’s game, but as McConnell is the third-ranked rider in the world and almost unbeatable at home, he found the extra energy to break away.

McConnell charged into the final straight, high fiving his fans as he crossed the finish line, to claim yet another National Championships jersey.

“Everything went really perfect,” said McConnell. “To be away with Trekky [Johnston] really early, we were able to just control the pace and dictate when we could put in the work and when we could recover a little bit. I’m really happy, not just for myself, but for Trekky to get second is awesome. 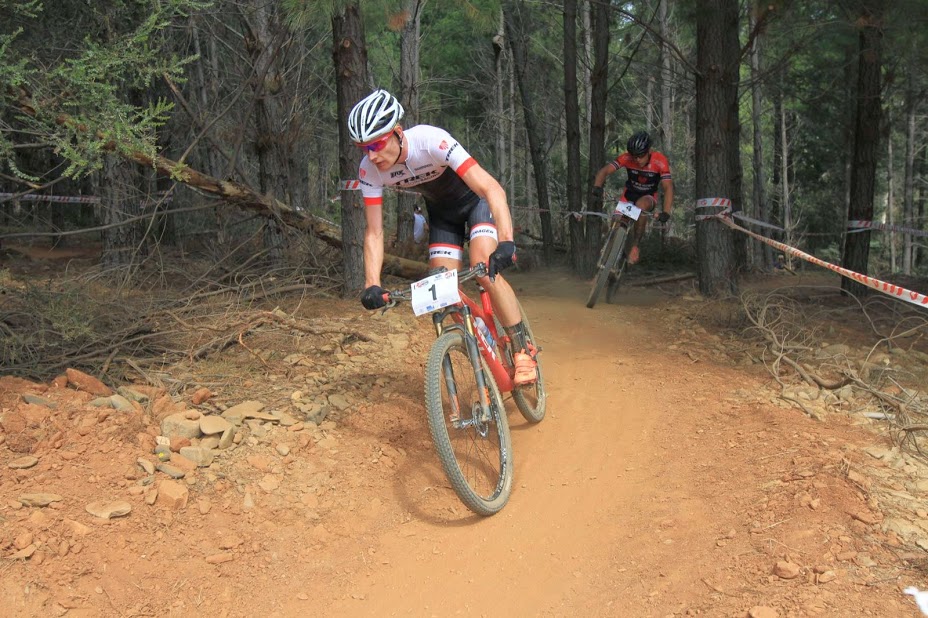 “I’ve never gone back to back before so this one is extra special,” McConnell explained. “I’ve really wanted this one for the last couple of months so to get a win and to be able to take the jersey overseas again is awesome.” 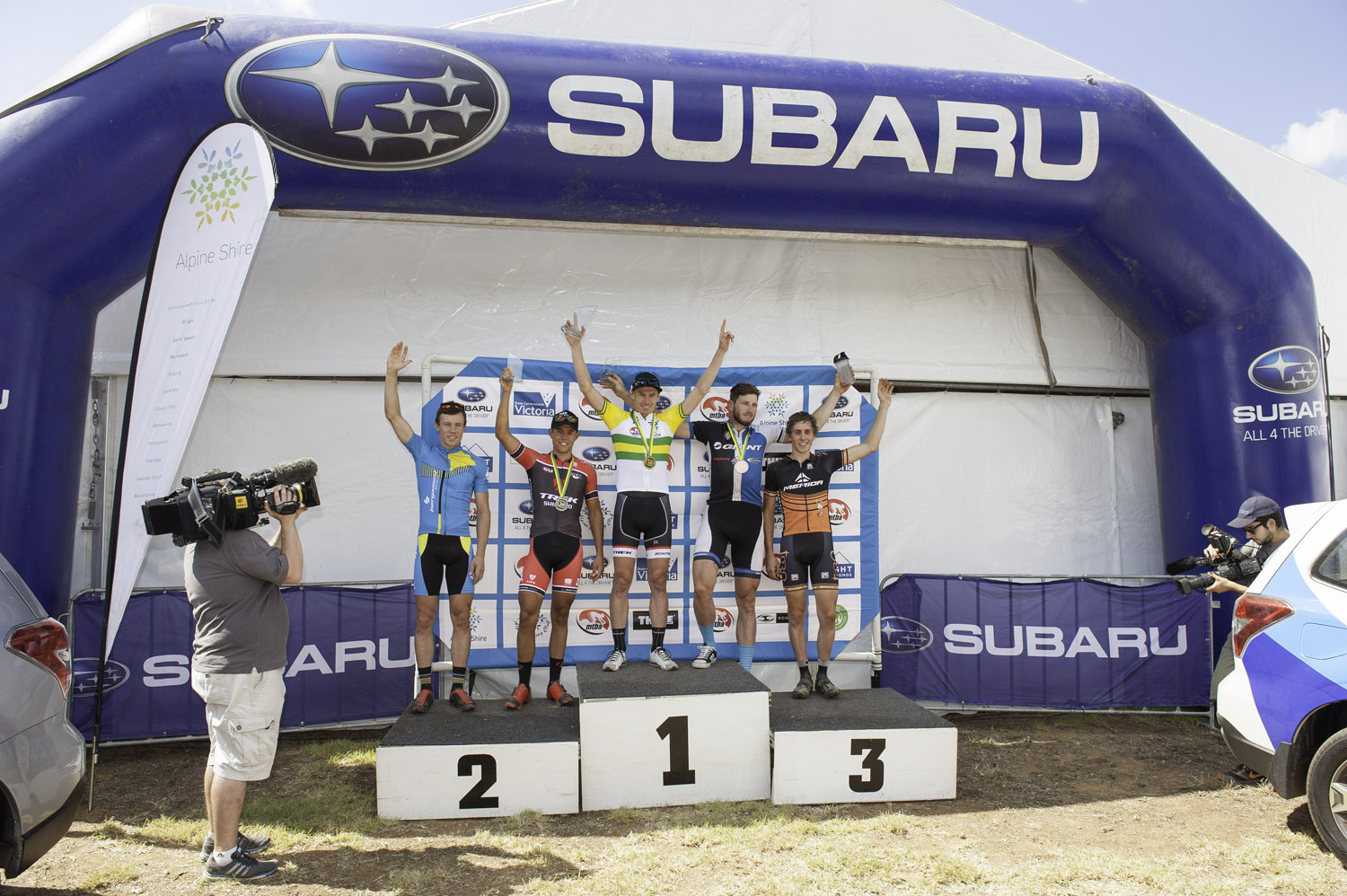 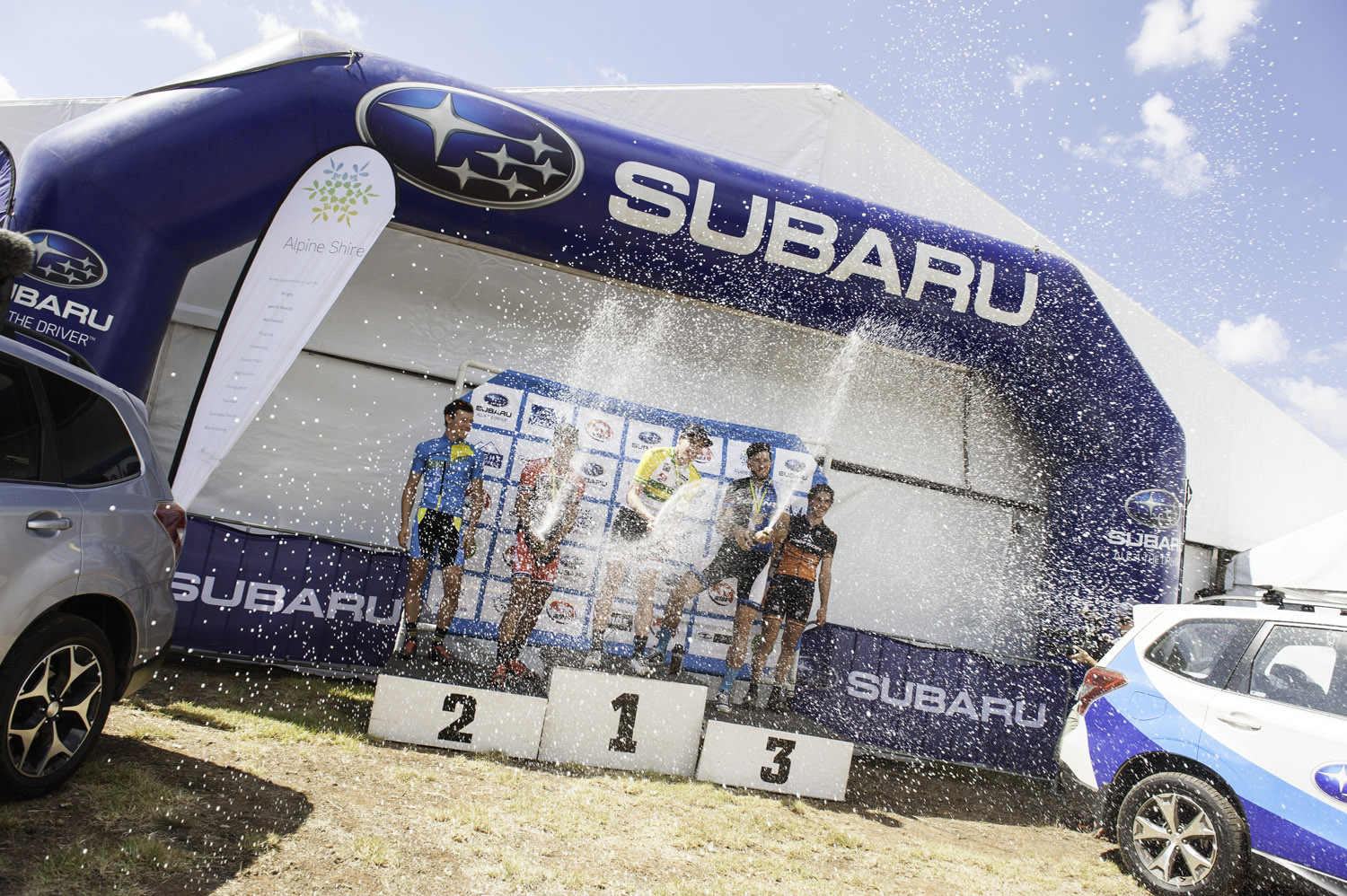 In the U23’s race, it was all about Tasmania’s Scott Bowden, who backed up his Oceania Championships title from just two weeks ago with National Championships glory. 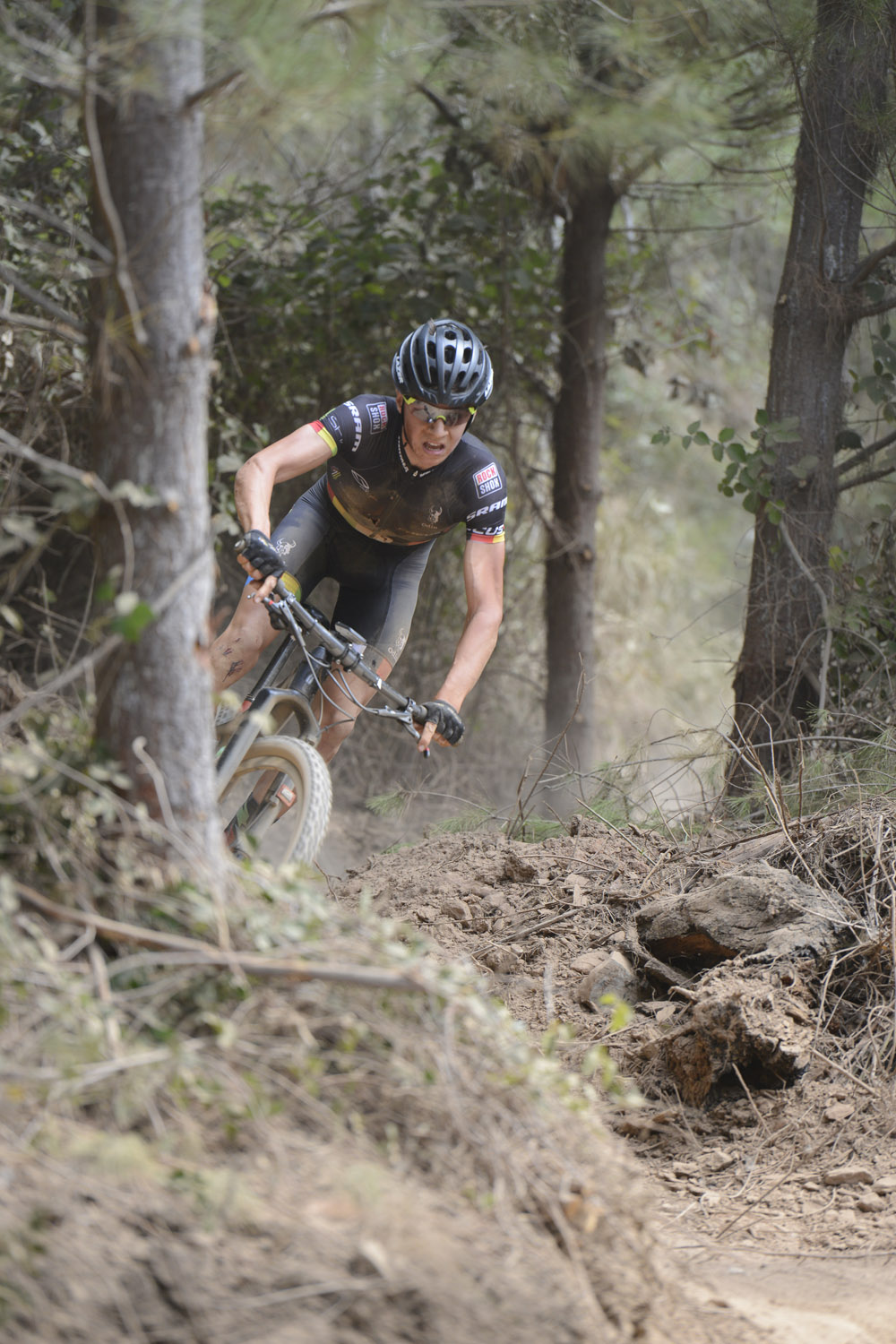 A crash on lap 1 resulted in a gash on his right knee and removed the number plate from his bike, but Bowden was unstoppable, putting a 1m47s lead in front of the other U23 riders by the final lap, and in the process, completing an Australian season that is almost without peer in 2015.

Much like the Men’s, the Elite Women’s race turned into a challenge between top-ranked riders Henderson and Peta Mullens (VIC), who both went hard from the start, putting a 35.2 second gap between themselves and third and fourth placed riders Jenni King (VIC) and Jenny Fay (ACT).

Despite a small crash on the course, Henderson built this lead up to 50 seconds by the last lap, ensuring that she would once again be crowned the Elite Women’s National Champion. 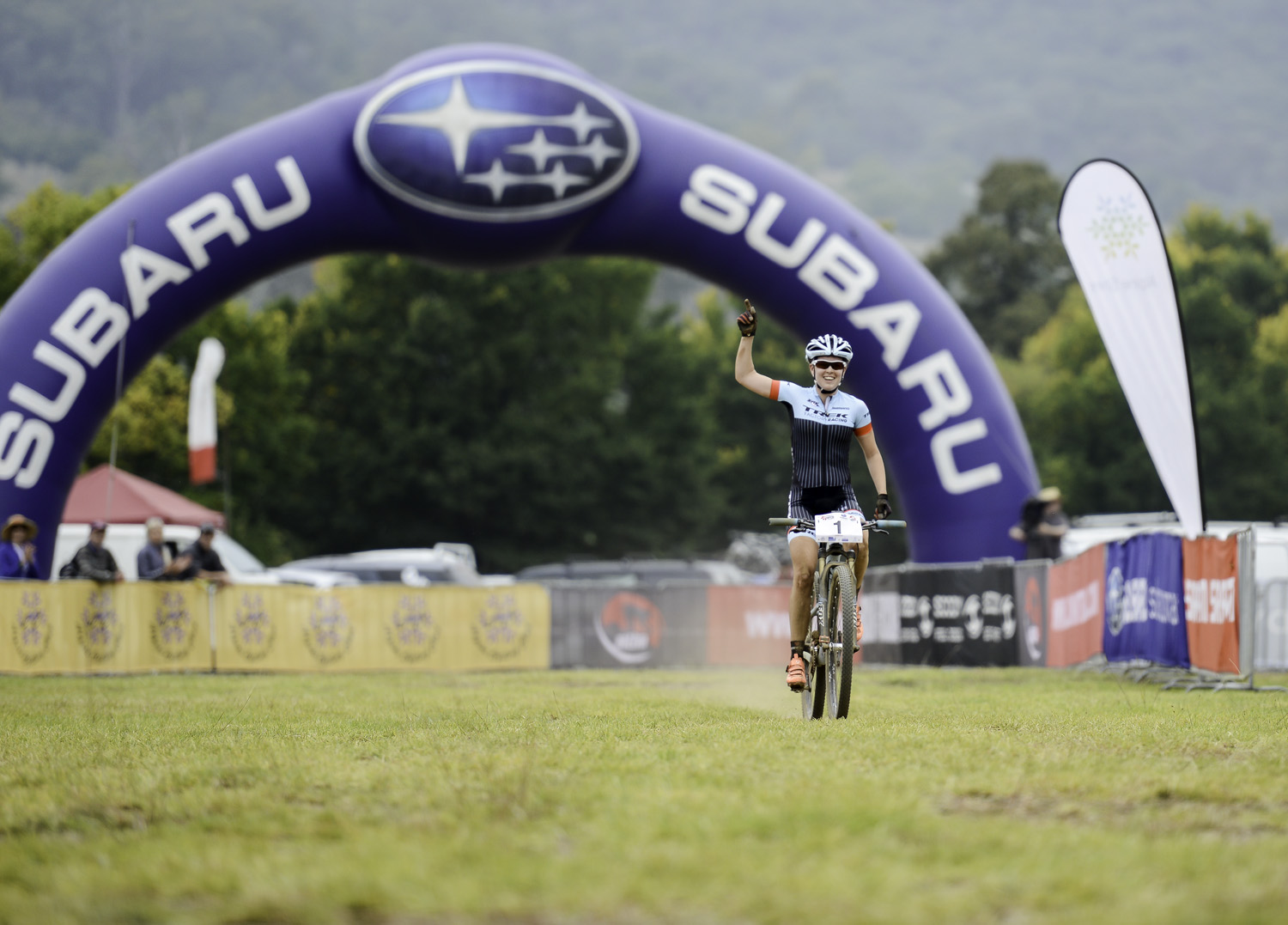 “This one is really special,” said Henderson, speaking about retaining the title in her post-race interview. “Coming in as defending champion and Oceania champion, it was really important for me to have a good race.

“I came in with everything to lose and I was able to pull it together so I’m really happy.” 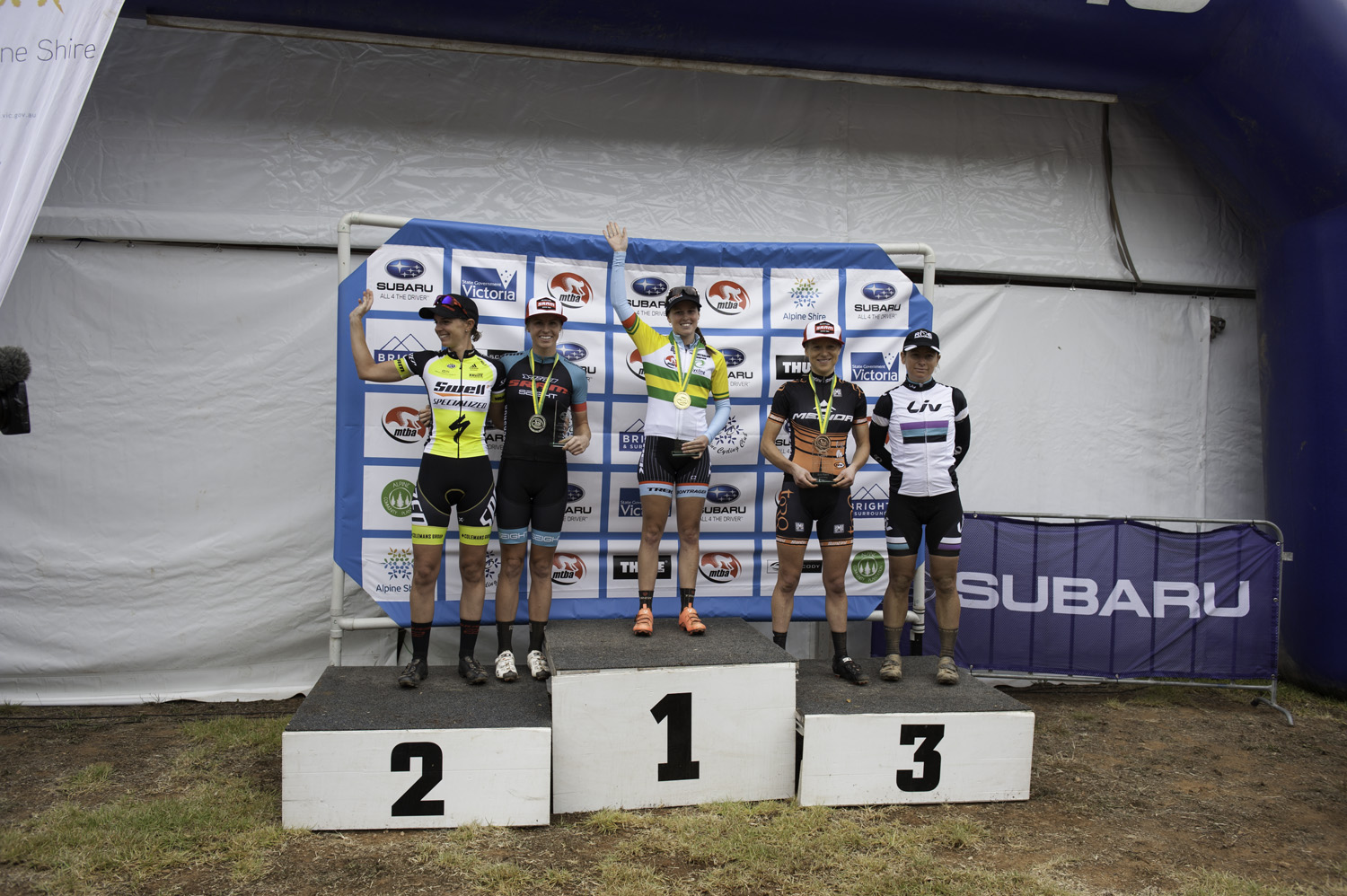 The most exciting finish of the day went to the U23 Women’s race, where Holly Harris (NSW) and Em Parkes (VIC) literally went head to head in a sprint finish for the title as they rounded Subaru corner on the third and final lap. 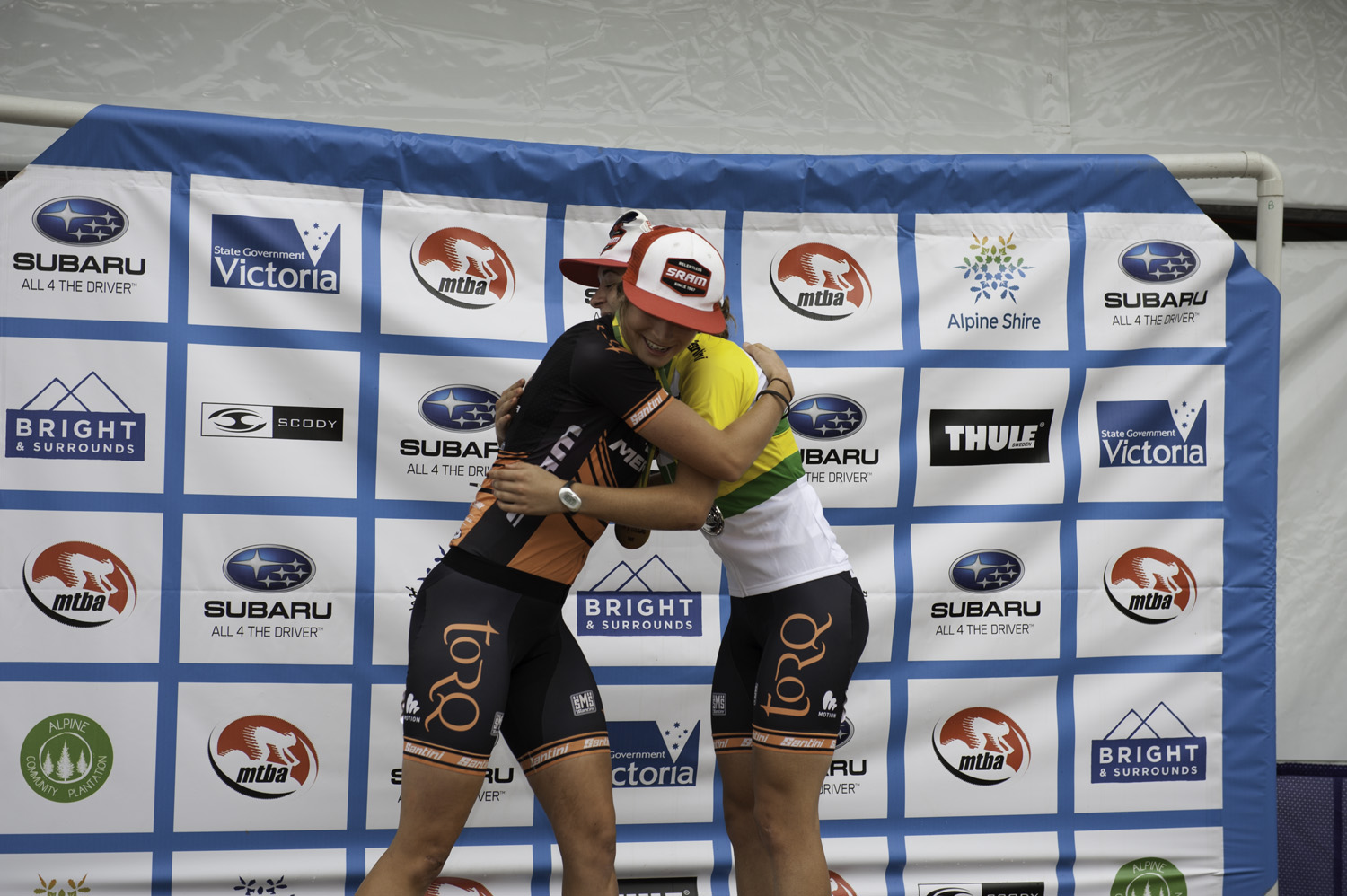 Riding in to what was an amazing photo finish, Parkes just edged out Harris on the line, finishing only centimetres in front to take the win.

The Bright Downhill course is renowned in the mountain bike world for being both technical and spectacular, and as we heard Connor Fearon (SA) say at the Oceania Championships in Toowoomba last month, it is “capable of hosting a World Cup”.

For the 2015 Subaru National Championships we are again lucky to be treated to a feast of Australian downhill royalty, with Tracey Hannah (QLD), Mick Hannah (QLD), Tegan Molloy (NSW), Troy Brosnan (SA) and Fearon all present and racing.

Brosnan is the hot favourite in the Elite Men’s race and today he did not disappoint fans, setting the fastest time for seeding, 3:56.22.

Today also saw the start of the spectator-favourite Observed Trials competition, with the valued 20 inch title up for grabs.

Taking out the title with exceptional riding was Nathan Mummery (VIC), and finishing runner up in the closest of competitions was Andrew Dickey (VIC), with Lachlan Sens (VIC) in third.

The Expert category was raced combined with women’s action, and it is no surprise that trials superstar Janine Jungfels (QLD) took the win.

Action on the final day of the of the Subaru Mountain Bike National Championships will be headlined as always by the downhill finals – with Group B racing at 1.30pm and Group A at 3.30pm.

Excitingly, the Group A finals will also be live streamed via the Mountain Bike Australia website at mtba.asn.au/livestream, allowing fans around the world to follow along.

Spectators in Bright will also be treated to a feast of Cross Country Short Course, Cross Country Eliminator and Observed Trials 26 inch action.

Anyone is welcome free of charge to watch and cheer along here at Mystic MTB Park in Bright, Victoria.

All information about the event can be found online at: