The New Zealand duo of Samara Sheppard and Anton Cooper has taken out Rounds 3 & 4 of the 2018 MTBA Cross-Country Series at Nerang on the Gold Coast.

The current Oceania Champions dominated the fields on both days with commanding victories.

On Saturday Sheppard, devastated the women’s line-up winning in a time of 1:27:21, more than four minutes ahead of Australian champion Rebecca McConnell (ACT) and Holly Harris (NSW).

The two wins put Sheppard on top of the national series ladder after her victories in Orange late last year.

“I’m really happy the way my season is going so far. Feeling really strong and good on the bike.”

“Tried to ride all the technical stuff really smooth and then the climbs worked to my strength,” the Wellington native said.

It was the first race back for McConnell who admitted she hasn’t been on a bike since the world championships in September.

“That was a huge shock to the system.”

“You can’t bring your B game and expect to beat Samara and the only way I knew I would be a chance is to be at the top of the descent which I managed to do on the first lap but then we hit the start straight on lap 2 and she was gone,” said the Canberra rider. 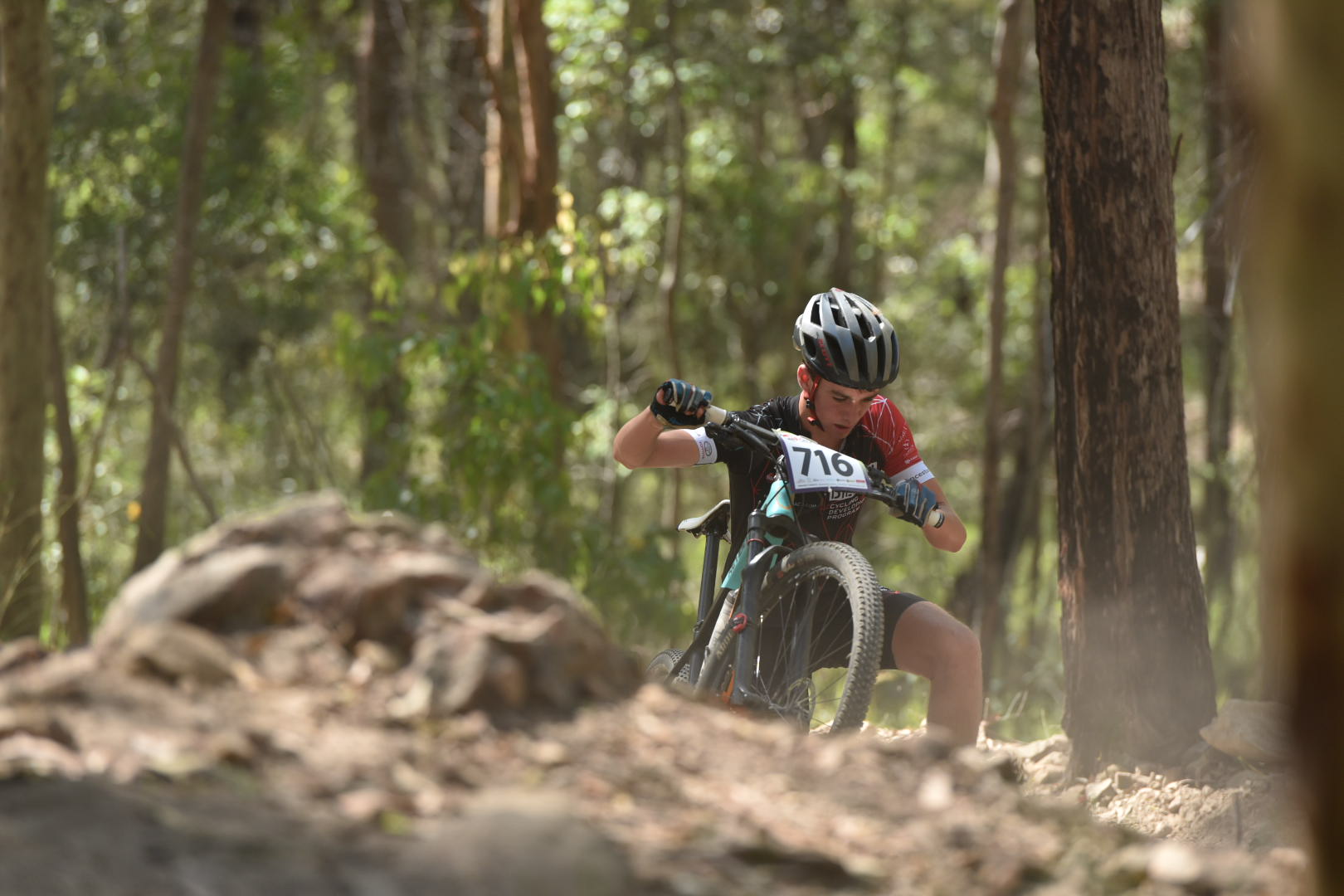 In the elite men, Cooper showed his early season form is nothing but solid as he left the field in his wake on both days with Daniel McConnell (ACT) and Tasman Nankervis (ACT) on the podium on Saturday while Cameron Ivory (NSW) bounced back from a flat tyre in Round 3 to take second with Reece Tucknott (WA) in third.

“It was a lot cooler than Saturday’s race, which was brutal. ”
“I felt really good out there today and it is a great start to the season,” Cooper said.

For McConnell it was his first hit out of the year and was under no illusions about how tough it would be.

“I made so many mistakes on the single track but it was good to get that one under the belt and look forward to improving from here,” the multiple Australian champion commented.

The weekend racing also allowed the Kiwis and Australia’s two elite champions a look at the Commonwealth Games Course to be used in April.

“It’s a course that is really made for Aussies and I hope it gives us a great advantage,” the 2014 Glasgow Commonwealth Games elite women’s bronze medallist commented after Saturday’s race.

Cameron Wright (QLD) once again was a cut above the rest of the field in the Junior men taking the double wins ahead of Matt Dinham (NSW) and Sam Fox (TAS).

The next two rounds of the 2018 MTBA Cross-Country National Series will be held on the Australia Day long weekend in Pemberton, Western Australia.