Norco and Merida's 2018 lineup have been on the road, as local distributor Advance Traders shows off their wares. We headed to Melbourne to take a look, and pick our favourites out of the new range to lock in for future review. Here are our picks of the bunch!

Merida seem to be making a real effort to diversify their image from the cross-country racing heritage that has long been part of the brand’s identity (no doubt in part due to the wrap up on the Merida Multivan team). The new One-Forty will play a key role in this repositioning. Available in three models, all with alloy frames, the One-Forty looks to be tough-nut, workhorse of a trail bike. It now employs the same Float Link suspension as the One-Sixty we reviewed last year, which we were full of praise for.

The One-Forty models are all 27.5″ wheeled, 1x drivetrain specific, with short 435mm stays, trunnion mounted shocks and clearance for 2.6″ tyres.

The top-of-the-line model shown here comes in at less than four grand, which is a steal. It gets the new Revelation (with 35mm legs) up front, FOX out back, the superb GX Eagle drivetrain and massive 2.6″ Maxxis rubber. This one is at the top of our review list for Merida.

Last year, we called the Merida One-Sixty (review here) one of the most surprising bikes of the year. And now Merida are bringing the same fundamentals that made that bike so awesome to an even lower price point. At less than $4000, the new One-Sixty 800 is a lot of Enduro beast for not too much cash. 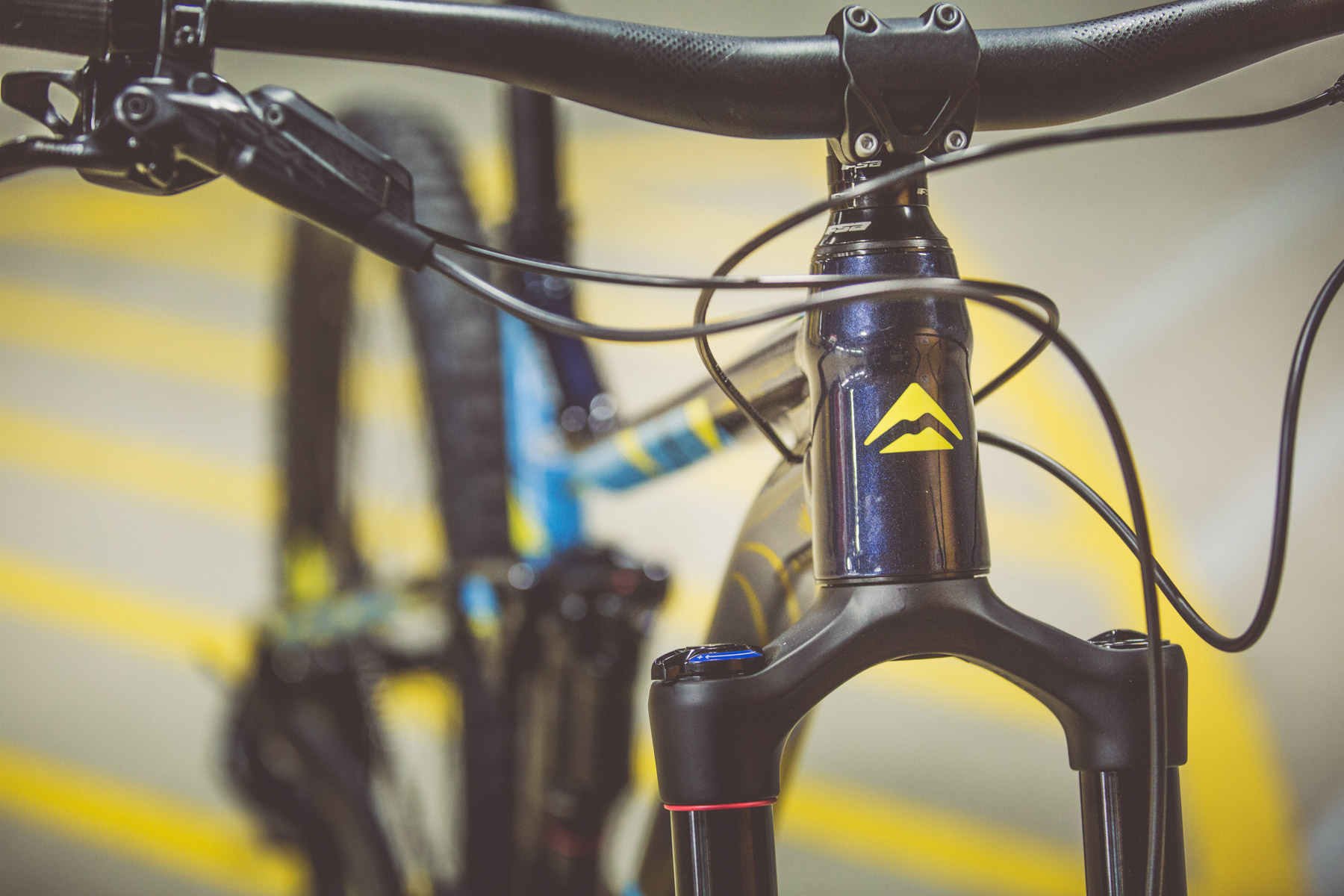 The frame has been lengthened since we reviewed this platform last year, answering one of our only concerns about the bike. It now gets 170mm up front with a RockShox Yari, and 160mm out back with a trunnion mounted Super Deluxe RCT shock. Big SRAM Code brakes bring it to a stop, and a GX Eagle drivetrain has all the climbing gears you’ll ever need. This one will be getting a review soon too.

Whether you’re a fan of e-bikes or not, you’ve got to admire Merida’s insanely good pricing on their e-mountain bike offerings; most of their e-bikes come in at a price point that matches (or betters) an equivalently specced non-e-bike Norco!

Merida have embraced the Shimano E8000 motor/battery system, which is a super compact offering that allows the use of much shorter chain stays than most other motor systems. We appreciate this, as it means the bike has handling that’s far closer to a regular mountain bike.

Merida see huge potential to cement themselves as a leading brand in the e-bike segment, and so their aggressive pricing is all about getting early market share. It’s clearly working; in 2017, Merida had forecasts to sell just 25 of the EOne-Sixty 900E model here in Australia… They ultimately sold over 250.

At $5299, the new EOne-Twenty 500 is another very impressive package. A stout Yari fork with Maxxis 2.8″ Plus sized tyres are key items to give this bike a confident poise.

Norco have brought the geometry and suspension changes which were debuted on the carbon Range and Sight last year across to their alloy models too, for 2018. This means longer and more aggressive geometry, with more active suspension too. Both the Sight and Range will continue to be available in 27.5 and 29er platforms, with sales apparently fairly evenly split between the two wheel options.

The Range A1 is the top model in the alloy Range series, at $5399, a price that includes a great FOX suspension package of a 36 and the new DPX2 shock. You’ve got to appreciate the extra effort put in the two-tone paint and sticker job too! 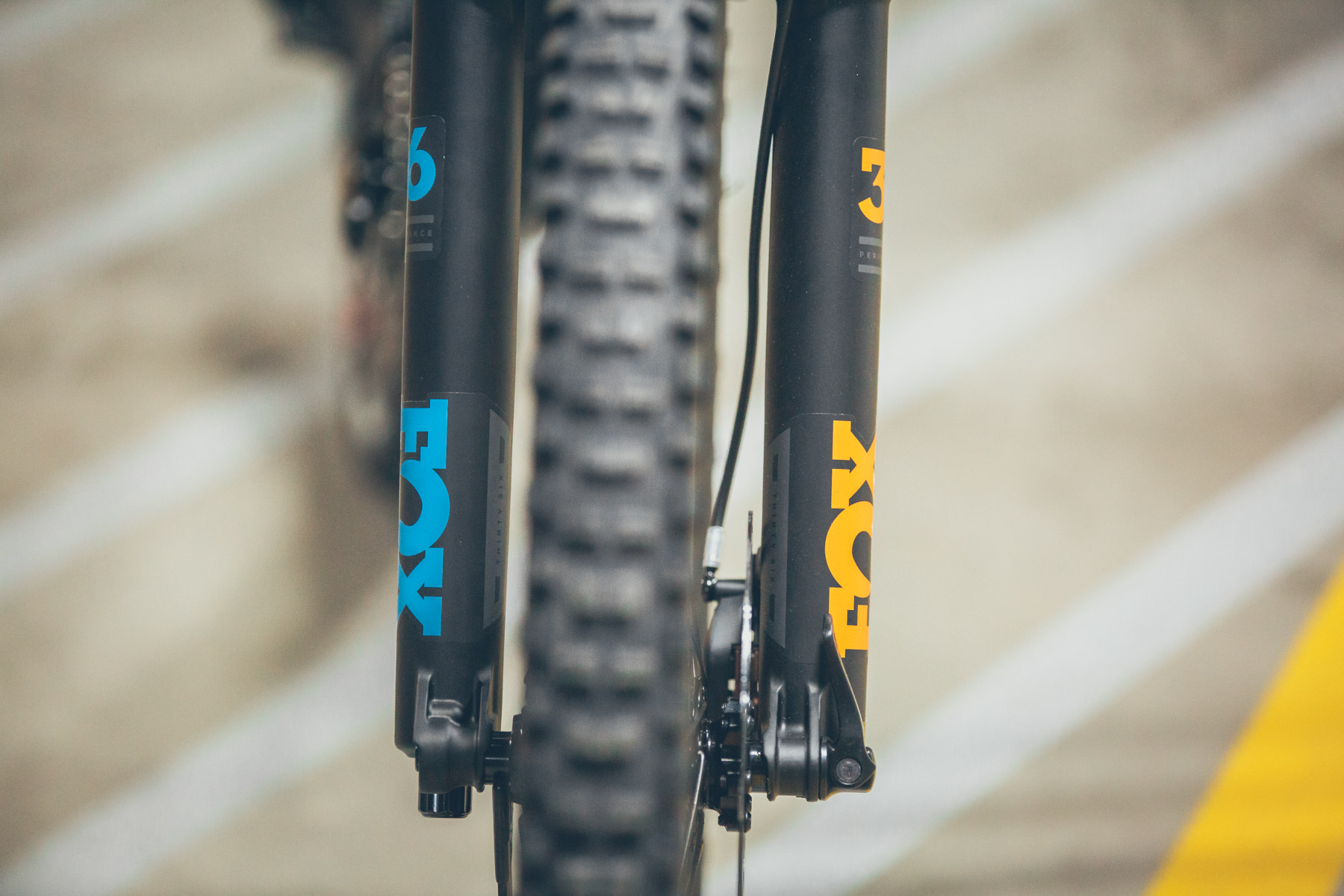 If gravel riding or maybe a bit of CX is your thing, like it is ours, then you’ll appreciate the sharply presented 2018 Threshold C Rival 1. The muted grey / fluro yellow combo is dialled, and speccing a chain guide and boot to keep crap out of the seat tube shows the Norco have been paying attention to what riders are after in this segment. 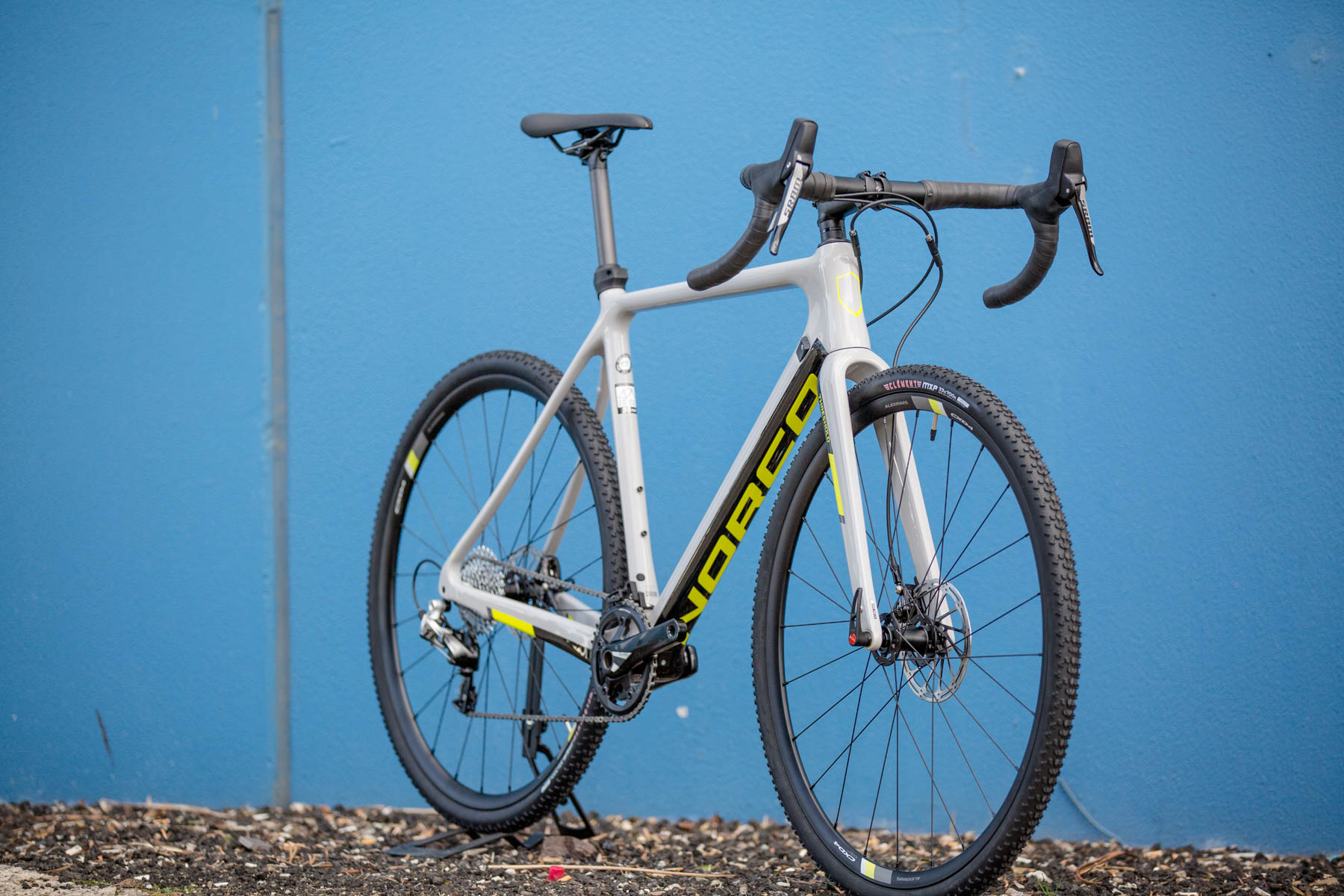 Nothing has changed in the Revolver series for 2018 except for paint and spec, but we couldn’t go past this green and gold fade on the $6499 FS1. 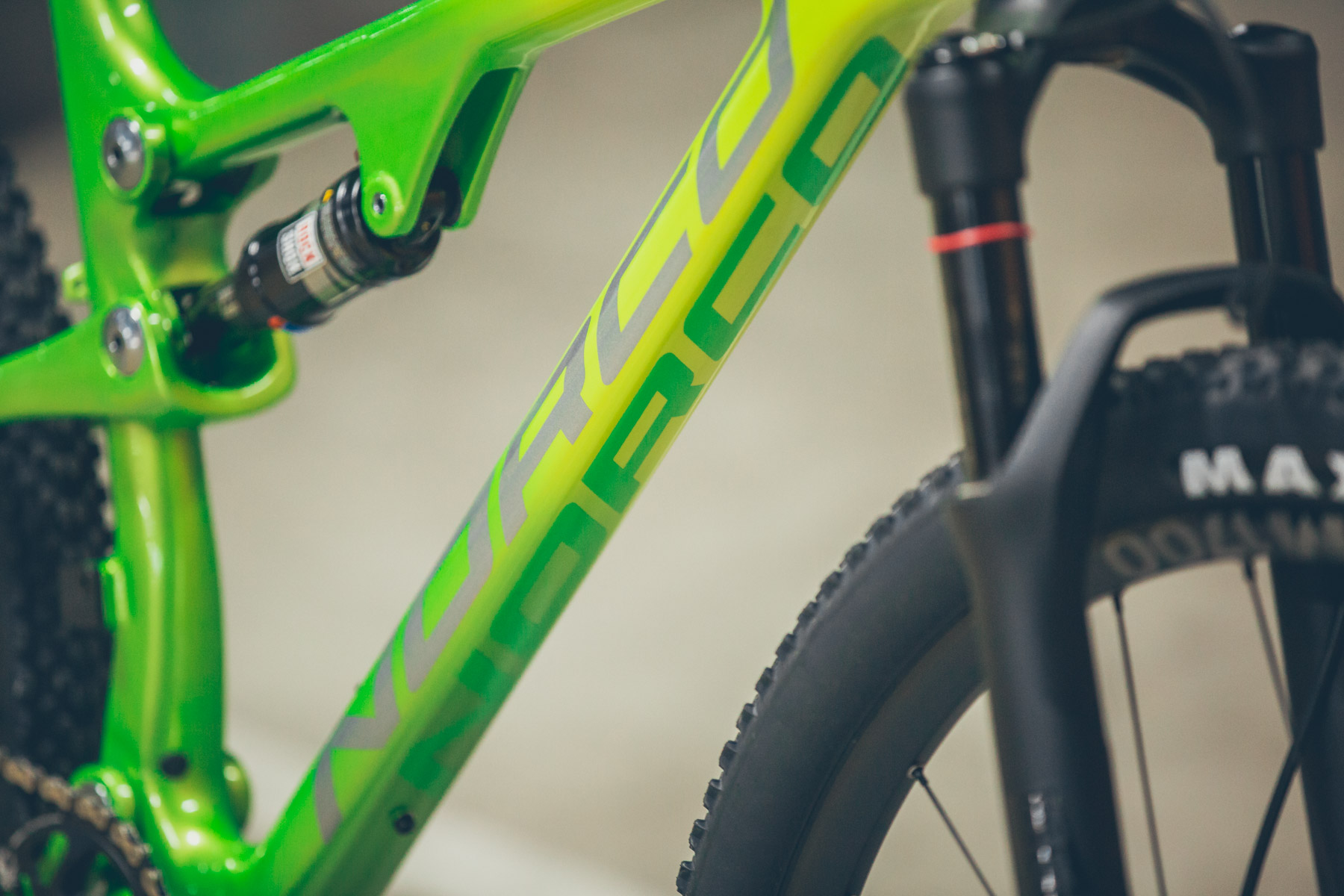 While the geometry of the Range series is unchanged, the top two carbon models in both wheel sizes now get a carbon seat stay, shedding a little weight and gaining stiffnesses. The C2 model, at $7299, grabbed our attention with its interesting spec of E13 tyres and rims in a lineup dominated by Maxxis and Easton. 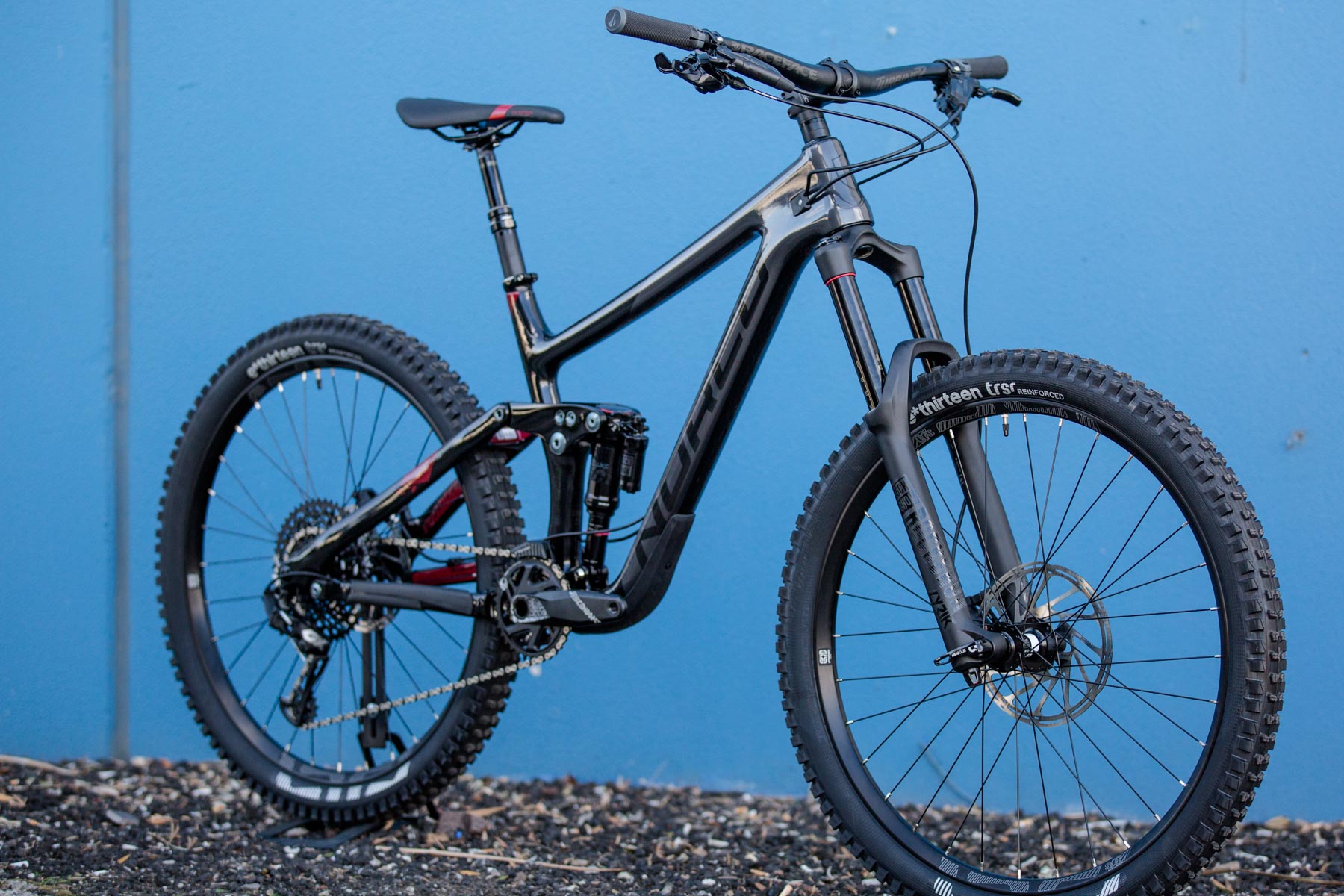