One of the biggest criticisms of pedal assistance mountain bikes, and rightly so, is that they lack finesse. With the extra weight they tend to smash through rougher descents, and when it comes to climbing, it's often hard to regulate your power, particularly in slow speed switchbacks.

If you’re riding in full-power mode, the surging feeling as the power kicks in or cuts out can make it hard to navigate tighter, technical climbs, something we’ve experienced many times with some pretty amazing uphill crashes! You’re left with the option of either toggling down to a reduced power mode (which is obviously not ideal, it’s another thing to worry about), or living with the on/off feeling of power delivery.

Bosch, one of the world’s largest providers of e-bike battery/drive systems, have been working on a solution, which they’ve implemented with the latest update to the CX mountain bike specific motors.  It’s called, unimaginatively (they’re Germans) their E-MTB mode, and it replaces the Sport setting in their power mode options menu.

The whole idea of E-MTB mode is to naturalise the feeling of power delivery, so the response feels much more like a normal mountain bike under pedalling forces.

The whole idea of E-MTB mode is to naturalise the feeling of power delivery, so the response feels much more like a normal mountain bike under pedalling forces – it delivers a less aggressive power output if you’re pedalling slowly and gently, ramping up the juice when you’re hammering at the pedals. 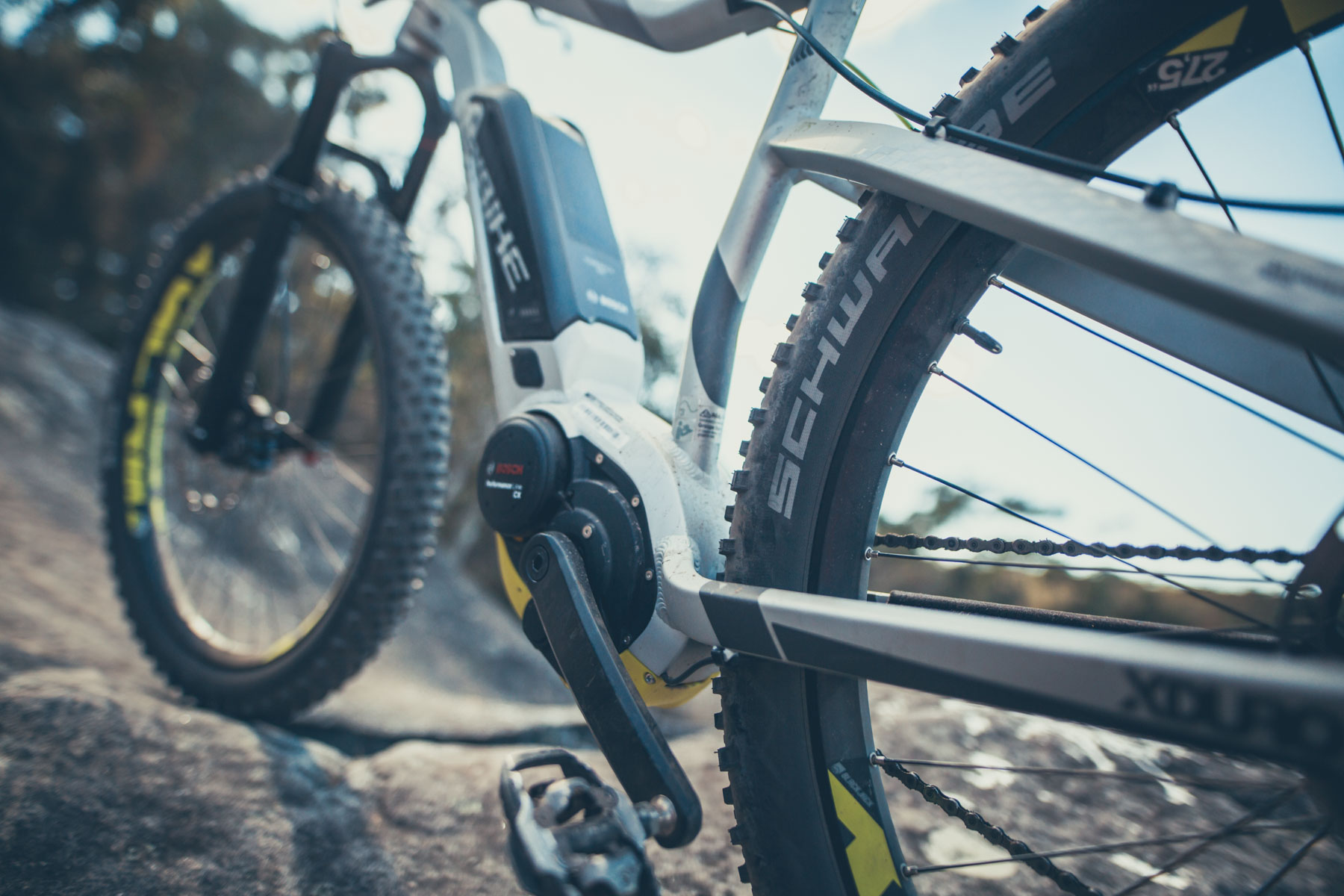 It sounds simple in principle, but we’re sure it was hard to achieve. Normally with the e-bikes we’ve tested, the different modes deliver a set response when you pedal; for instance, your pedal input is 100Watts, it adds another 40Watts. Or in Turbo mode, your 100Watts input might be boosted up to 250Watts at the rear wheel.

Toggling between the Bosch Turbo and the E-MTB settings was revealing.

What the E-MTB mode achieves is decoupling this direct multiplication of power, so that the output generated by motor isn’t directly proportional to your pedalling force, but rather takes into account the speed of your pedal stroke and the speed of the bike too. 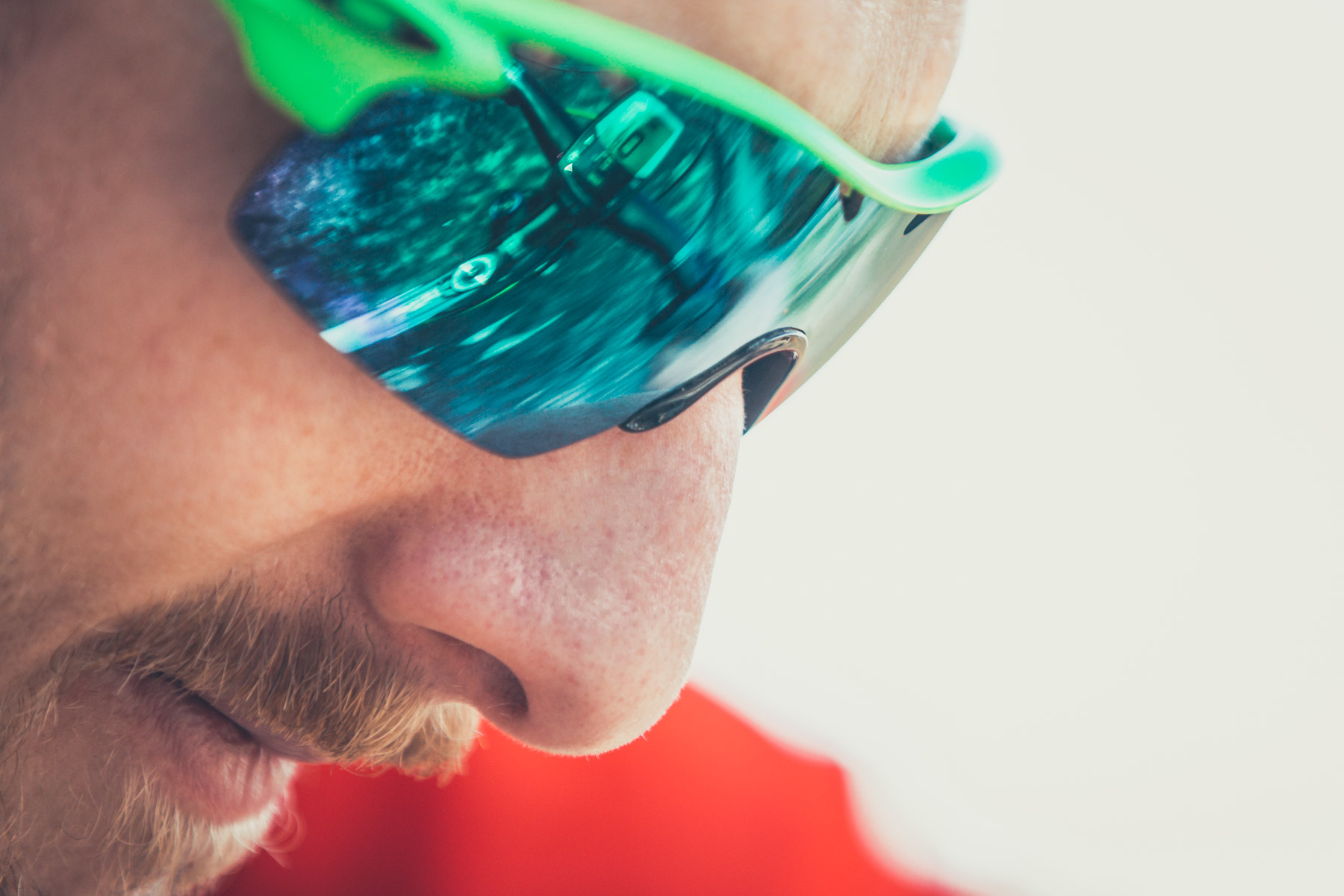 How does it ride?

We had the opportunity to try out the system on some of our home trails. It was our first experience on a Bosch powered e-bike, and we were riding hardtails (sub-optimal), so it’s hard to compare the experience with our time on other e-bikes in a meaningful manner. But we did get a good feel for how the E-MTB mode works – toggling between the Bosch Turbo and the E-MTB settings was revealing.

The next step for Bosch is to get rid of the massive and ugly display unit that clutters up the bars.

In the E-MTB mode we had gobs more control on the climbs, particularly on the ledgy, slow-speed, stepped sandstone ascents that are characteristic of Sydney mountain biking. With Turbo mode engaged, we found ourselves smashing up them, banging our rear wheel into the rocks. But when switched to E-MTB mode it was easy to lift the front wheel with a lot more grace and precision and then lift the rear wheel, just like we would on a conventional mountain bike. After toggling back and forward between the two modes for the first half of the ride, we just left the bike in the E-MTB setting and forgot about it.

To be honest, when we’re riding an e-bike, we don’t want to be reminded of that fact all the time, and so having a power mode that just lets you set and forget (as opposed to switching between modes all the time) is a blessing. The next step for Bosch is to get rid of the massive and ugly display unit that clutters up the bars – this would be another great step towards making their system even more mountain bike friendly.

We’re hoping to get a Bosch powered e-bike on test soon, so we can give the system a proper assessment and see how it stacks up against the competition.