The wearable camera giants, GoPro have announced a tiny new camera weighing only 74g, with only one button and controllable via their GoPro mobile app.

The small size, with a durable and waterproof casing up to 10m, it is going to open up endless possibilities for mounting this thing anywhere you want.

Function wise, the new Hero 4 Session packs many of the features of the 147g Black and Silver model cameras, but loses out on 4K and 2.7K footage capturing capabilities.

It uses the same mount as current GoPros, with the addition of a ball-joint mount (pictured below, third image) for even more mounting options.

The built in battery will give you two hours of claimed run time, and can be recharged via a micro USB cable only, similar to the Shimano Sport Camera we use a lot. 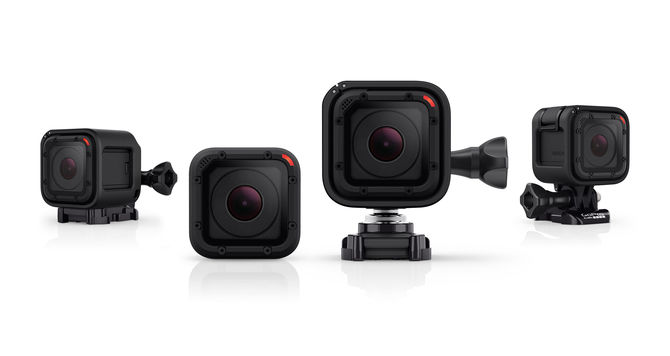 – Compatible with GoPro mounts and accessories

And lastly, who doesn’t love a GoPro, GoPro video made by GoPro!