Electric assisted mountain bikes are on their way to Australia, and Specialized are on board in a big way with their new Turbo Levo range. 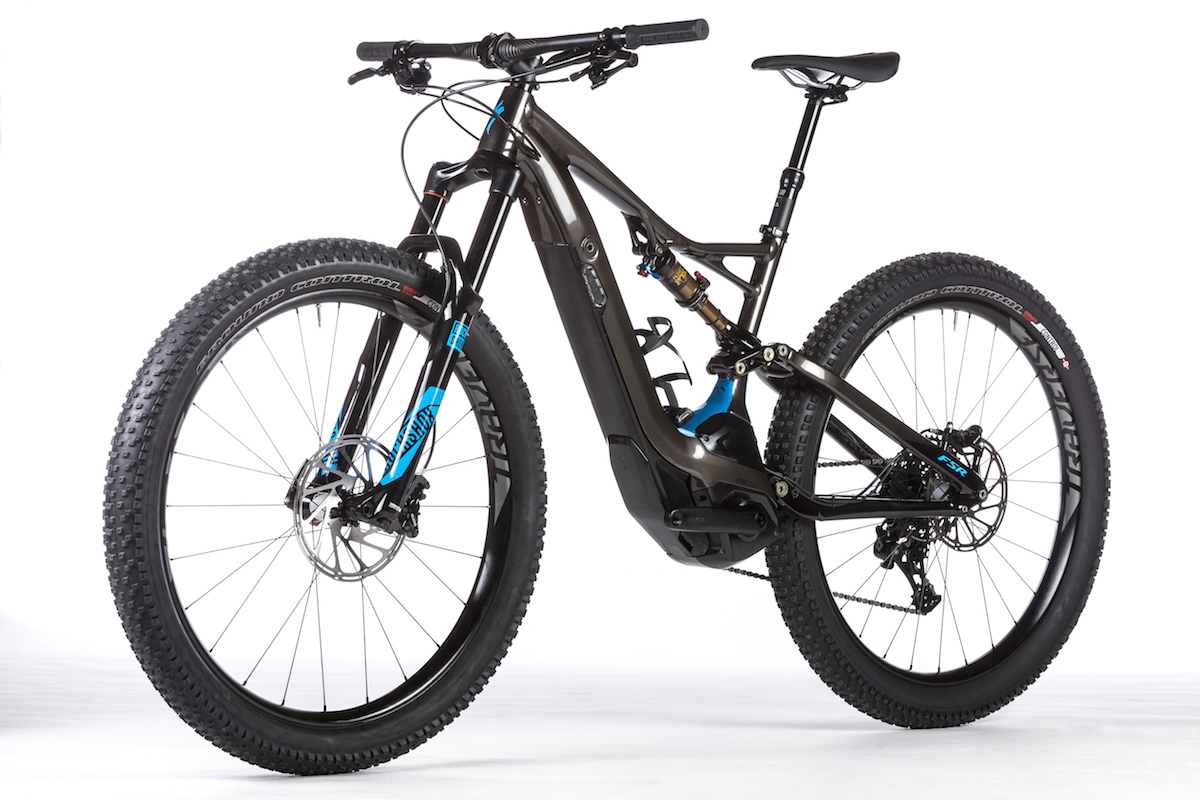 Mention electric mountain bikes and watch the internet implode. Battle lines are quickly drawn with riders dividing into the ‘it’s not mountain biking’ camp, or the ‘this is awesome’ camp. Whichever side people tend to ascribe themselves too, you can almost certainly bet they haven’t actually ridden one of the new generation of pedal-assisted mountain bikes.

Before we we get ourselves sucked into the pros, cons and propaganda from both sides, let’s take a look at Specialized’s new e-bike offering.

Specialized: To be clear, the Turbo Levo is a trail bike with pedal-assist Turbo Technology, not an electric bike or motorcycle with a throttle. Some riders and trail users may not be as excited as that you and your Turbo Levo are sharing the trails with them. Please be aware of the rules and laws of your local trails.

What is the Turbo Levo?

As far as we can tell, the Levo looks to be an adaptation of Specialized’s new Stumpjumper 6Fattie, with a 3-inch x 650b tyres to deliver absolutely bag loads of traction. If you didn’t see our coverage from the launch of the new Stumpy, take a look here. We also tested Specialized’s new Fuse 6Fattie hardtail just a few weeks ago and came away really, really surprised.

But of course the tyre size is completely secondary to the real talking point of the Levo, its electric motor which should help you crest the nastiest hills like feeling like Lance in his most turbo-charged era. 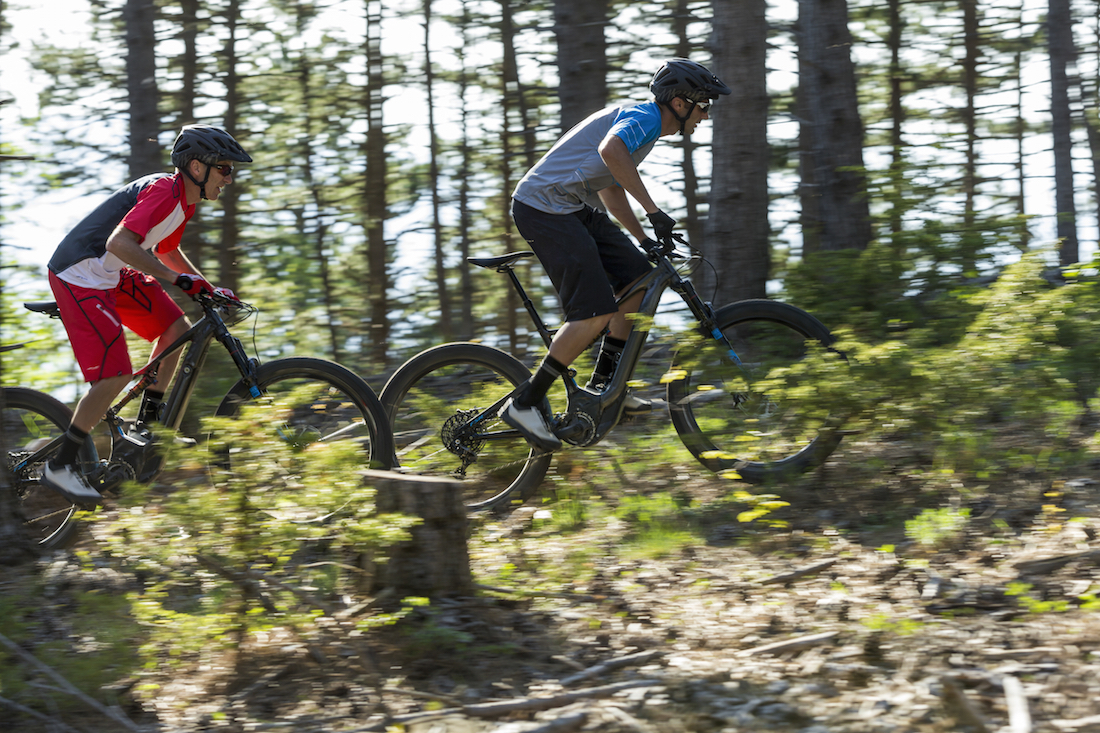 Specialized have been developing electric bikes for a while – their Turbo electric assisted commuter bike is an impressive piece of work – but e-mountain bikes are a different kettle of fish, and the hub-drive motors found on many commuter bikes aren’t appropriate off road. Instead the Levo uses a centre-mounted motor, that has been custom built exclusively for Specialized.

Of all the electric assisted mountain bikes we’ve seen so far, this has to be most cleanly executed from a visual standpoint. It actually looks like a normal bike at first glance, which can’t be said of all e-bikes. Fitting in a motor, battery and associated electro-doids can make it hard to create a bike with decent geometry – the Levo’s geometry figures all look relatively standard, with the exception of the chain stays which are a lengthy 459mm to allow the motor to be squeezed in. 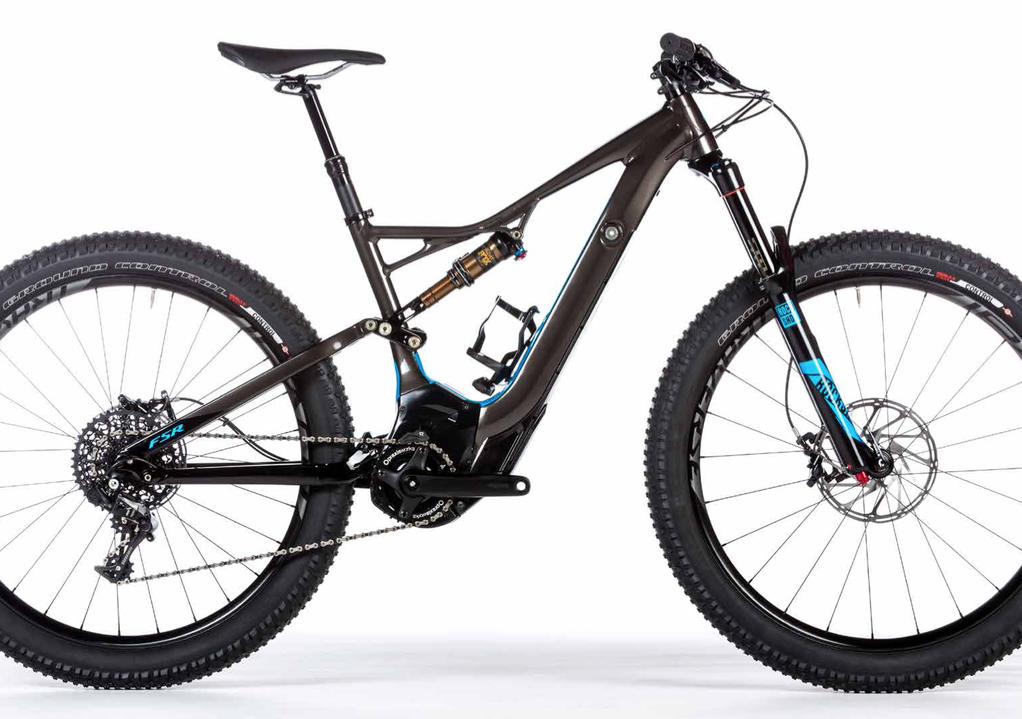 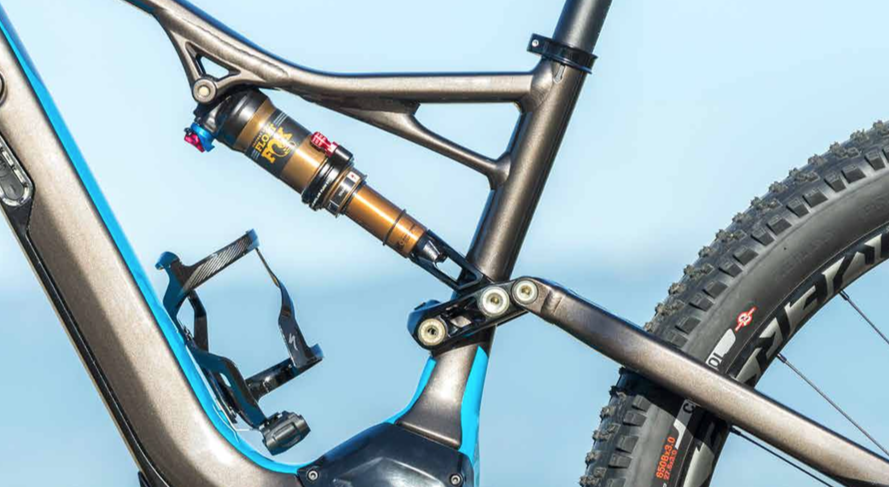 – Compact and lightweight at 3400g

– Battery will recharge in 3.5 hours,

[divider]Mission Control App[/divider]
Unlike other brands which use an onboard computer, Specialized have gone down the route of an external app. For iOS and Android devices, the Mission Control app gives you all the toys to tune the bike including a Smart Control algorithm allows you to set your desired ride time, distance, or destination and it will adjust the Levo’s motor and battery output to suit. 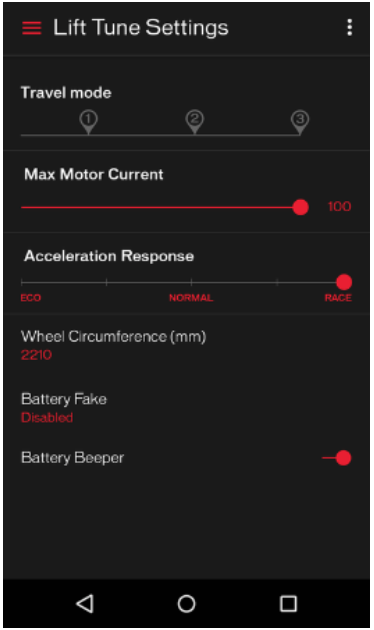