Not long after Specialized revamped the classic Stumpjumper and introduced the Rhyme, we’ve been handed the exciting news that a whole new Camber will also be on its way for 2016. Do these guys sleep? So many new bikes, so much work!

The new Camber is a completely fresh bike, but its position in the market remains the same. Filling the gap in Specialized’s line up between the racy Epic and all-mountain Stumpjumper, the Camber is a popular one for riders seeking a lightweight, short travel dually with a confident feel on the trail.

Previously a 29″ only model, riders will now have the ultimate choice, two wheel sizes. Choose between smaller diameter 650b wheels for a fun and flickable ride, or 29″ wheels for speed and confidence.

We’re all about choice, as no two riders will want to ride one trail the same way, so having the same bike in two wheel sizes is a great option. The 29er will have shorter travel (120mm front and rear) and sharper geometry than the 650b model (which runs 130mm-travel front and rear) to play to the strengths of the bigger wheels.

In an effort to simplify the large range, there will be no Camber EVO model, with the 650b version filling that void with slightly more travel a more aggressive riding style. 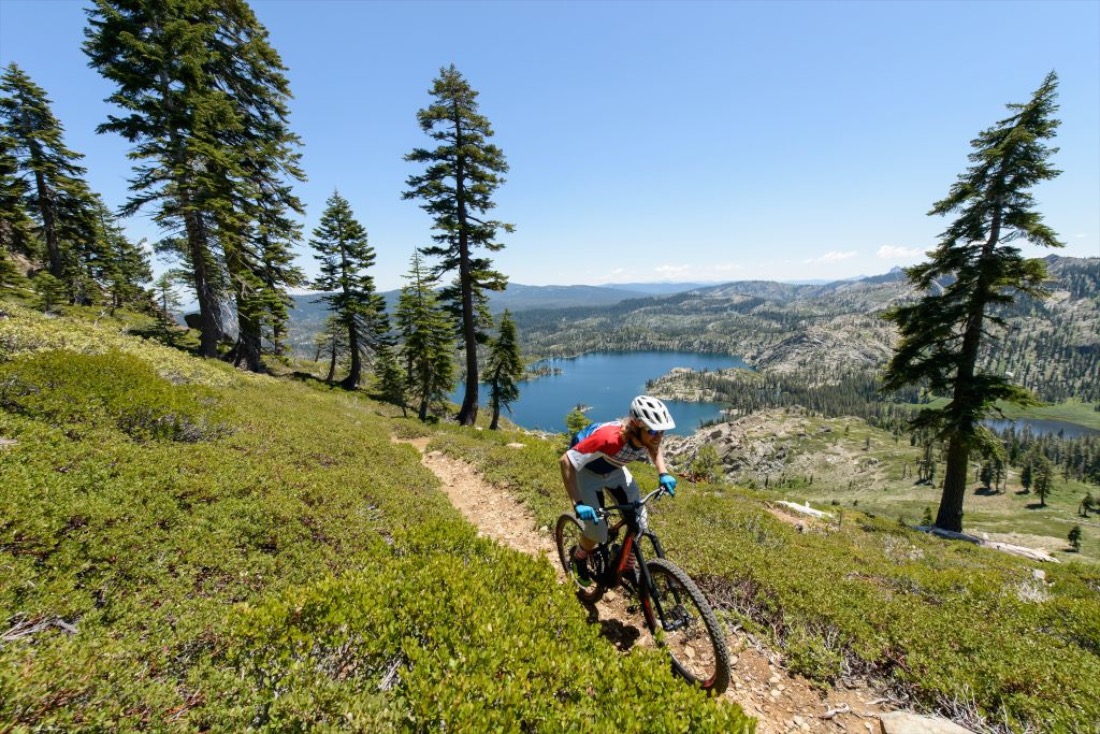 The all-new 650b model will have very tight 420mm length stays which brings it right in line with other fun and playful bikes. I It’ll be a sweet bike to ride, for sure. 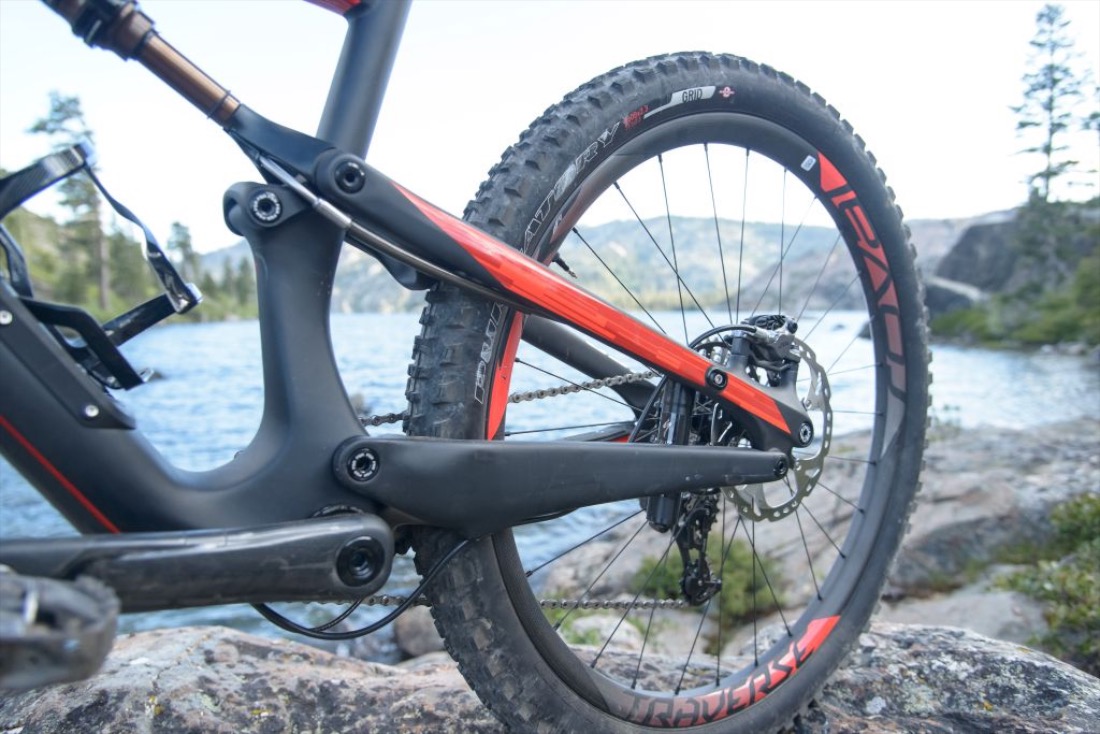 The linkage arrangement has been given a big shakeup. The new Concentric Link is allows weight to be saved from the seat stays and is said to be a stiffer arrangement. 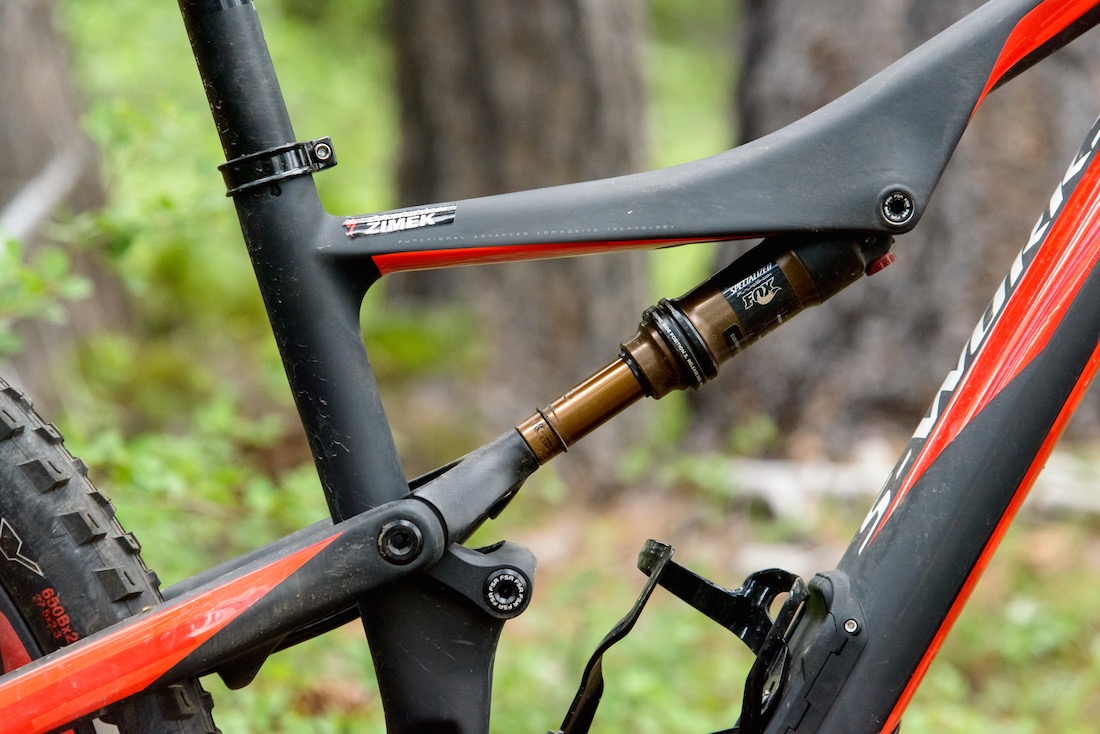 Short travel suspension bikes from Specialized use their proprietary inertia valve suspension design – The Brain. Constantly evolving, this very clever system has the ability to give your rear suspension ultimate efficiency – it ensures your suspension is only activated when an impact occurs from the ground upwards (i.e. hitting a bump), and not from you pushing down on the bike (i.e. pedalling). You can dial in how much damping you want from the Brain, from almost totally non-existent, through to super firm.

The Brain concept has been around for yonks, but for 2016 we will see the Camber with its own special variant called the Position Sensitive Micro Brain, and we like the sound of it very much.

The Position Sensitive Brain will let you feel the trail underneath more. The inertia valve will only engage when you’ve reached the sag point of the travel. The first 25% of the travel will remain open and plush.

Whilst the Brain has always been great in that it let’s you hammer hard on the pedals without the rear suspension bobbing bob as you do, we’ve found it it can be somewhat unpredictable and intrustive at times. For instance, when pumping the ground, or pushing into the bike to preload the suspension to make a jump, we’ve often found the Brain can make the rear suspension feel a little funky.

So, with this new 25% of ‘brainless’ portion of travel at the top of the stroke, we can envisage this letting the rider feel the terrain a little more, not skimming over the top of it.

Like the new Stumpy and Rhyme, the Camber gets the new SWAT Door. There’s literally a hinged door, that gives you access to the the big space inside the downtube for storage. Understandably, we’ve heard many people deride the new SWAT Door (or Glovebox as we like to call it) but we’re sure it’ll end up being super useful. It’s all part of Specialized’s goal of freeing the ride of the need to use a hydration pack, as you can mount a water bottle, tools, and spares on/inside the bike.

Following suit of the Enduro and Stumpjumper range, the Camber will now use Specialized’s trick front derailleur mount, the Taco Blade. This allows the bike’s rear end to be super short in length, whilst still allowing the use of a front derailleur if needed. 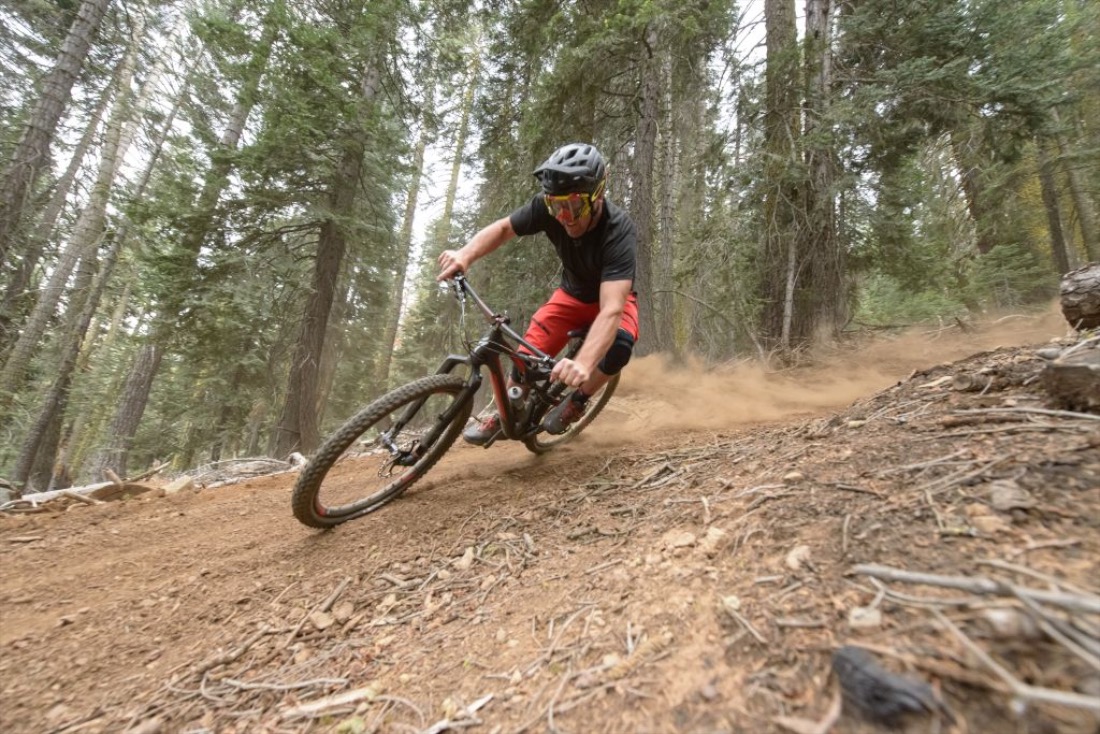 Details are a little light on the Camber at this stage, but stay tuned as we attempt to find more out about this sweet new bike. In the meantime, have a flick through our reviews of the original Specialized Camber.