It looks like 2016 will be a year filled yet again with news of bike and component manufactures keeping up with new standards. SRAM have announced complete support of the Boost system. We feel that the dust has just settled with the wheel size debates. So what is Boost all about?

With the arrival of Boost spec components, we will now see wider spaced hubs on bikes to increase stiffness in the wheels. Trek initiated the whole movement this year with their Remedy 29er, using a 148mm wide rear hub on the bike (current standard is 142mm wide). Wider flanges on hubs will give the spokes a stronger stance, hence a stiffer wheel.

To accommodate for a wider rear hub, the chain line is shifted outwards 3mm via a new chainring.

And up front a new hub spacing rounds out the Boost system. 10mm wider, using a new fork and hub to achieve a stiffer wheel.

Our thoughts? If this is in all aid of a stiffer 29er wheel, and the ability to run wider tyres, could this have been achieved any other way? Let’s see how it all pans out, if SRAM are backing the new standard that Trek seem to have let the licence available to all, maybe the improvements will be worth the hassle and confusion that comes along with the addition of a new standard.

Read on to hear SRAM’s take.

For a long time now, SRAM had been looking for a way to open up more room around the crankset for frame designers to further optimise their bikes.

SRAM 1x™ was the first step in this direction by eliminating the need for a front derailleur. However, SRAM also had hopes to move the chain line outboard as well. It wasn’t until an OE came to us with a similar goal that we were able to realise this hope.

Boost is a new wheel and drivetrain specification that provides: 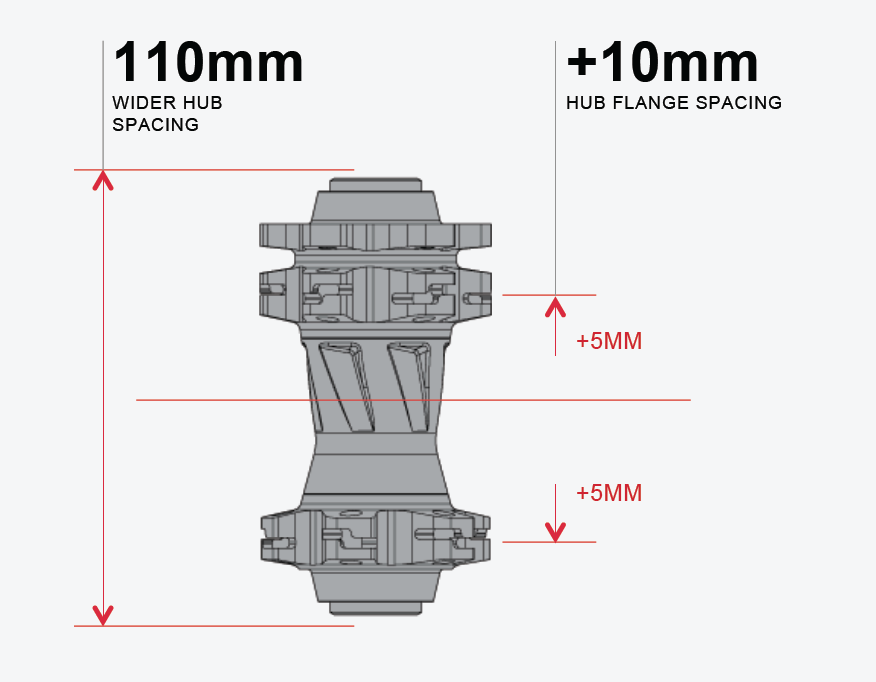 Each flange is 5mm farther from centre. The greater flange offset allows a stronger spoke-bracing angle resulting in a stiffer wheel.

ROCKSHOX WILL OFFER BOOST 110 COMPATIBLE MODELS OF ITS MOST POPULAR FORKS: 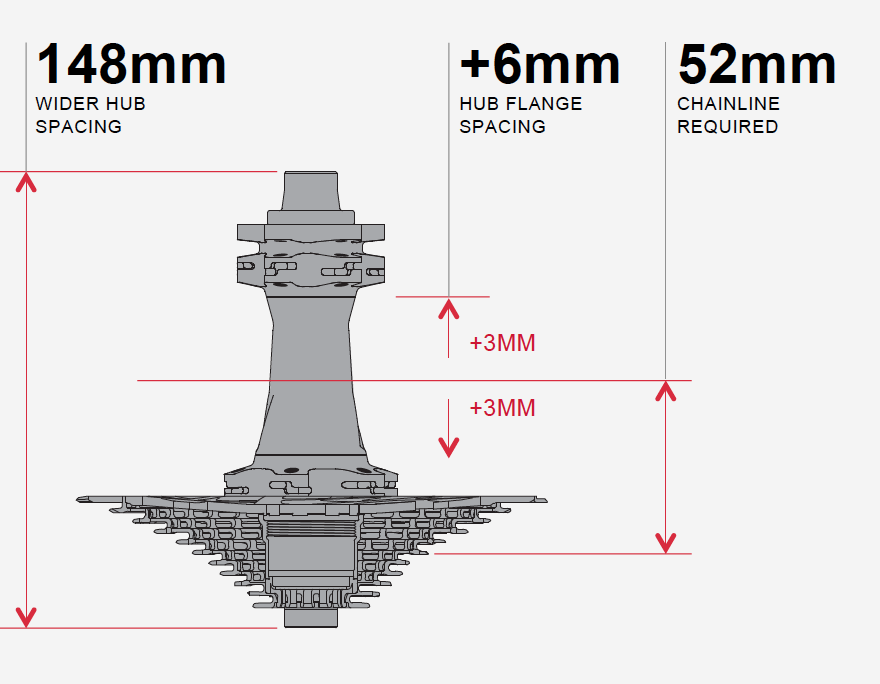 Much more than a new, wider axle standard, the Boost system uses a rear hub that is 6mm wider than a 142mm design—each flange is 3mm farther from centre.

The greater flange offset allows a stronger spoke bracing angle resulting in a stiffer wheel. Given the same rim and spoke spec, a 29″ Boost wheel will have the same stiffness as a 27.5″ wheel built on a 142mm hub.