At the Advance Traders 2017 range launch, we were introduced to Lapierre’s e-bikes for the first time. E-bikes already divide opinion with more spite than religion and politics combined, but the Overvolt Carbon will probably take this debate to a whole new level with its wild styling. The Lapierre Overvolt Carbon might just take the cake as the most… well, we don’t even really have the words for it. It’s just crazy. Take a look below and you’ll know what we mean.

The one and only Nico Voullioz was deeply involved in the design of this bike – as many of you may well know, he’s been one of the leading advocates of e-bikes for a number of years now. Much of the design expertise he brought to bear actually stemmed from his time racing rally cars in the World Rally Championship. If there’s one thing he learnt during his rally career, it’s that the centre of gravity matters, which is why so much focus was placed in the Overvolt’s design in getting the mass of the battery and motor as low down as possible. If you can’t make an e-bike light, you might as well make it ride light! Carbon was used for the frame not for weight reasons, but because of the insanely complicated frame shapes needed to get the battery in this position. 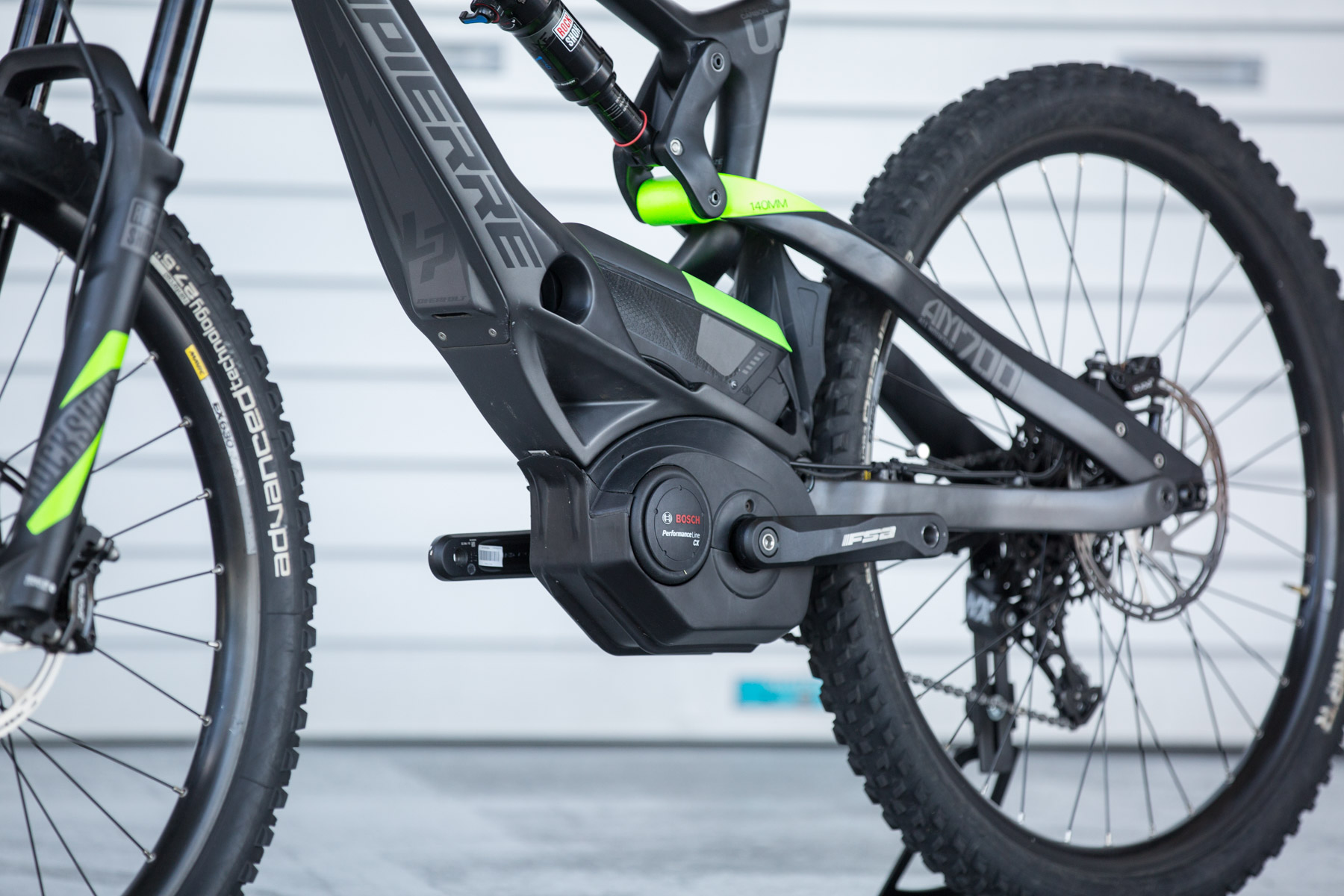 Unlike most e-bikes, where the battery is housed on or partially in the down tube, the Overvolt’s amazingly sophisticated carbon frame cradles the battery so it sits right on top of the motor in a horizontal position. We didn’t ride this bike, but you see how it makes a lot of sense – e-bikes undeniably weigh a lot, so anything you can do to lower the impact this extra mass has on the ride will be a blessing.

The Overvolt is compatible with both regular 27.5 and 27.5+ wheels too, with a reversible drop out chip. We think the Plus format makes a tonne of sense on e-bikes, providing the grip to really make the most of all the torque.

Bosch provide the motor, and as we’re still completely clueless about e-bikes, it was nice to have two Bosch staff on hand to answer our questions, including our concerns about the Overvolt’s bulky head unit. Apparently an updated head unit with a much smaller display is coming soon, which will be much more crash friendly.