It was the longest the judges ever deliberated for a Whip-Off, but ultimately one sideways moment of steeze prevailed as Brazilian Bernardo Cruz leapt off the line to a win in the Official European Whip-Off Championships. 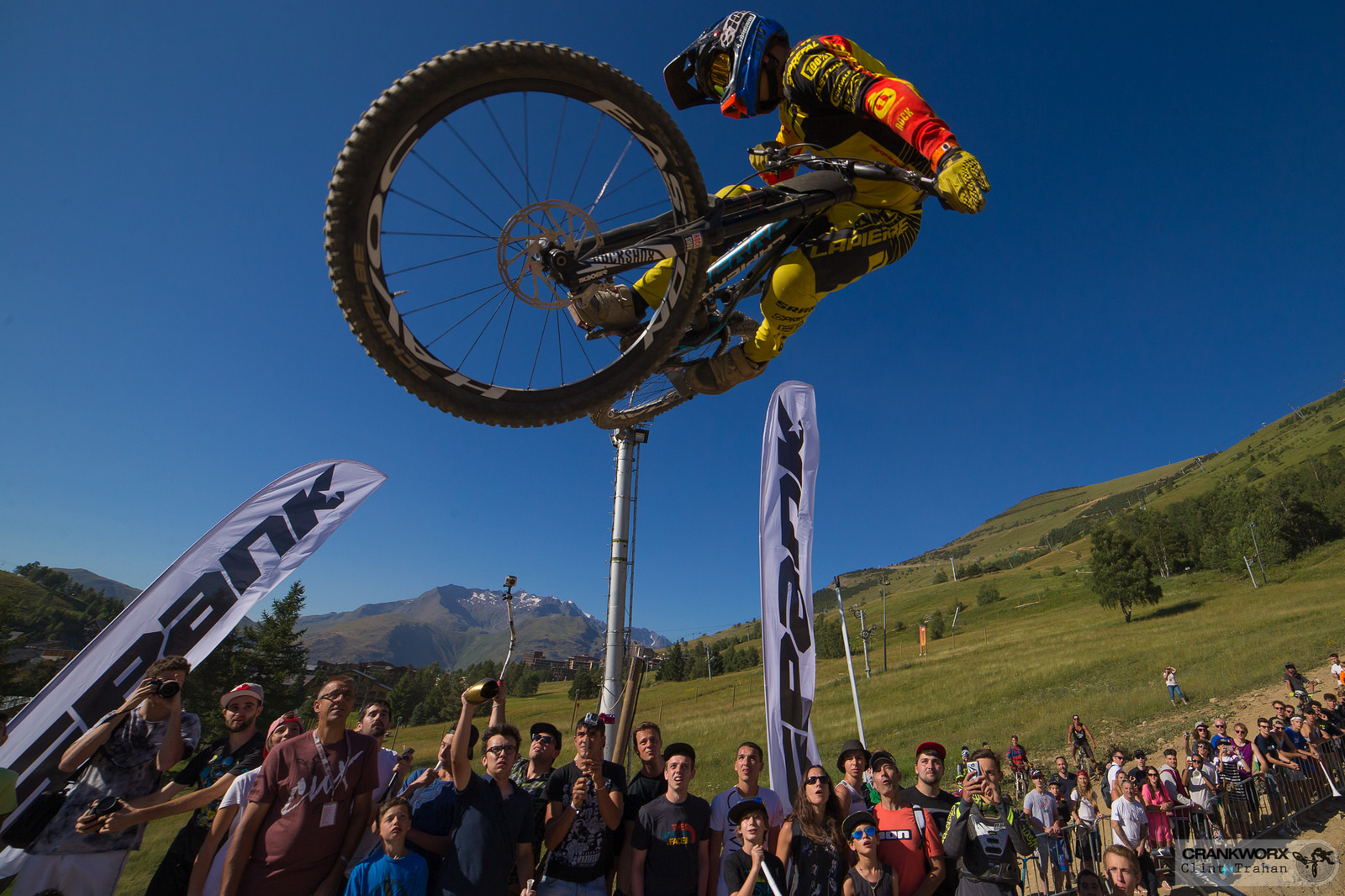 Hitting the 45-degree mark and swinging back for an arrow-straight run-out, Cruz not only managed to steal victory from the reigning Official World Whip-Off Champion, Finn Iles, but also put ‘The World Team’ out front right off the bat in the Crankworx ‘France vs. The World’ battle, a friendly competition to see if the French will dominate on home turf.

“It was a great day for me…I just tried to think: get sideways and then put the bike back. I put the bike straight and then I cannot say I did better, but I did well,” said Cruz, whose whips at the World Whip-Off Championships in Whistler have consistently turned heads. 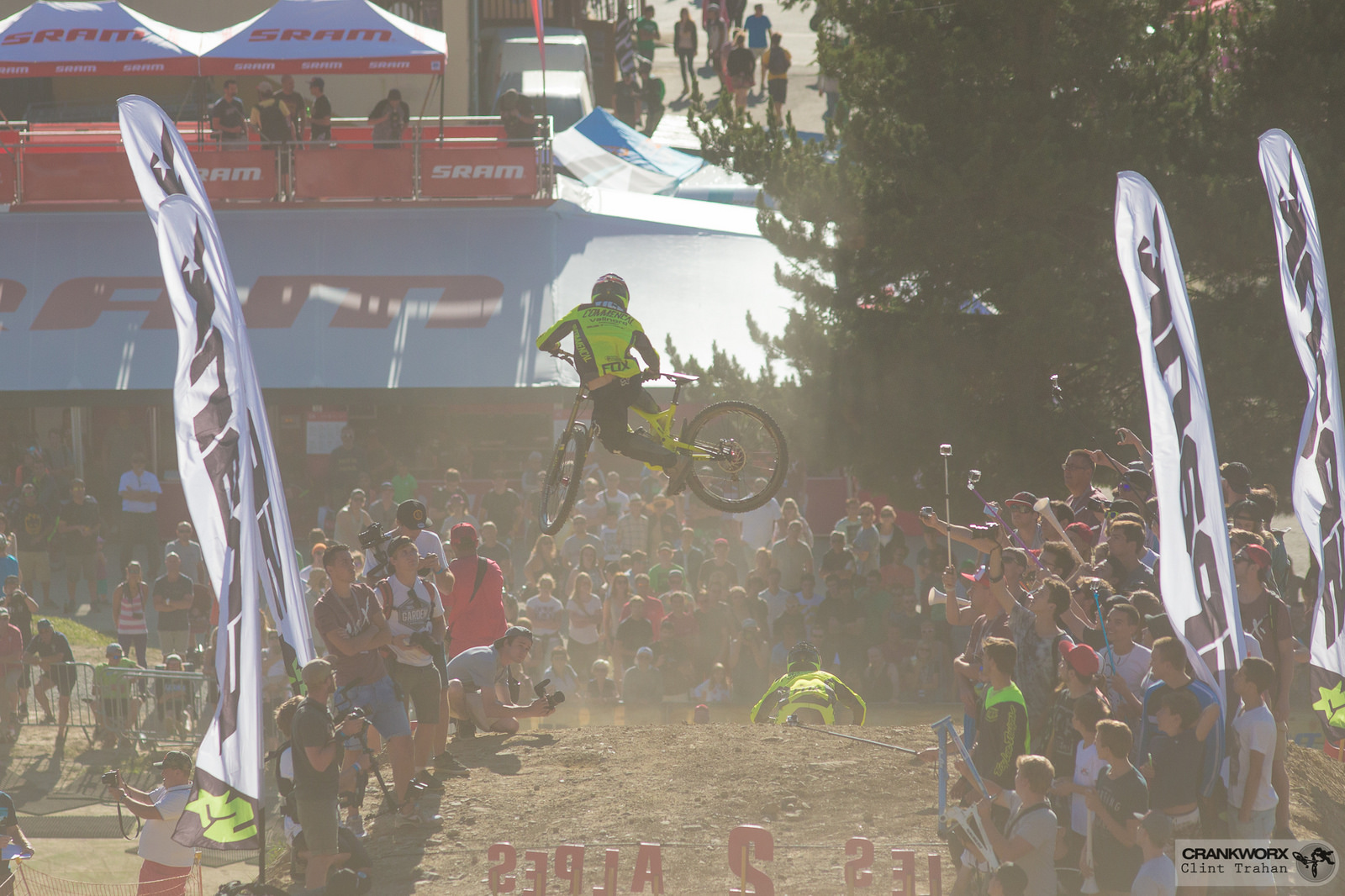 Debate appeared to wage in the judges’ corner as the sport’s creator, Sven Martin, and judges Colin Duncan, Greg Watts and Cam Zink debated whether 15-year-old Iles had really been beaten with whips so comparable on style and amplitude.

Iles won the world over last August, after his hometown crowd successfully lobbied to get him into the competition, though he was technically too young to compete at the all-day event. He not only proved he was worthy, but walked away with the big win, leaving fans to light up social media with an endless river of posts under the hasthtag #LetFinnin. 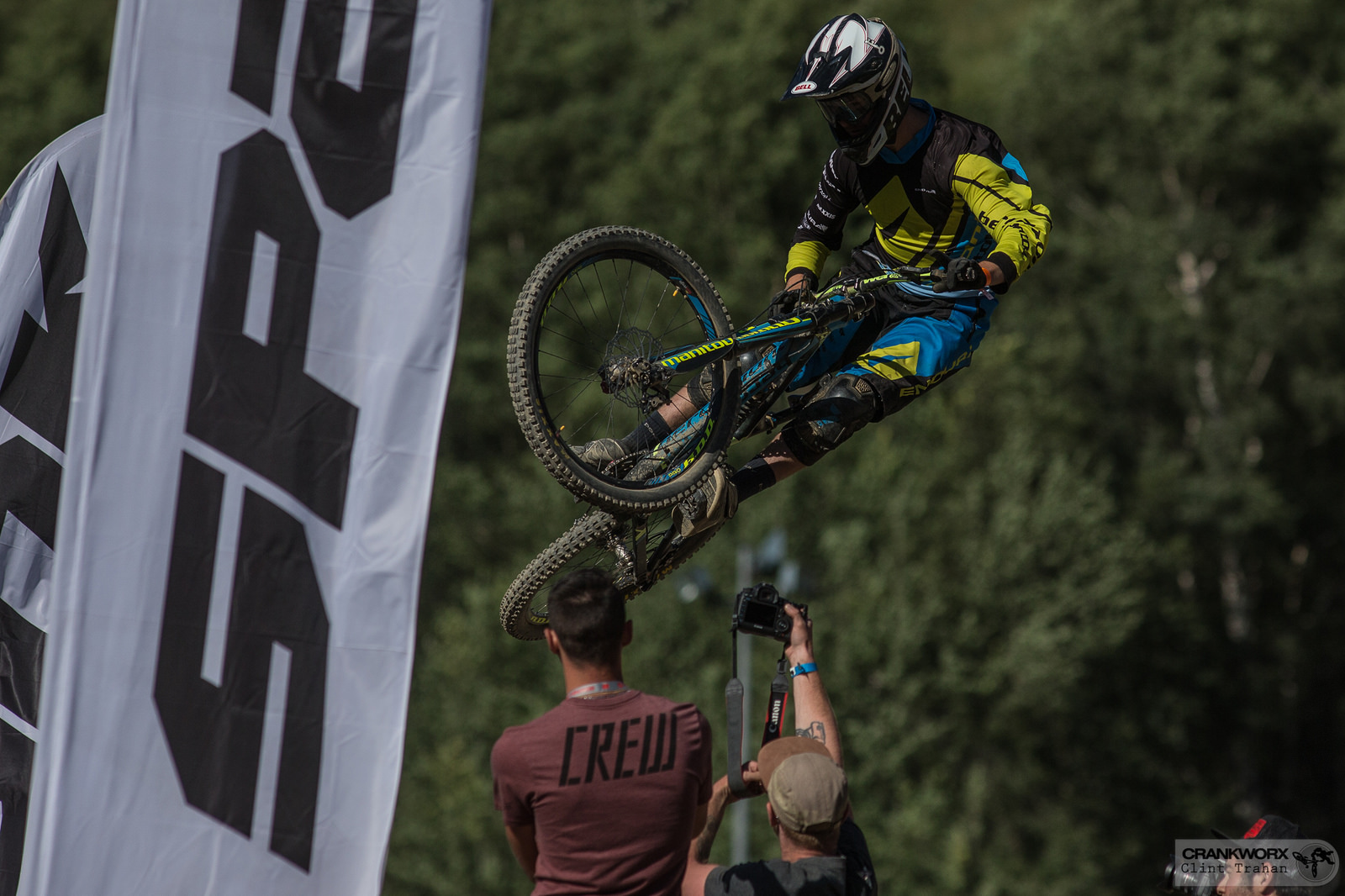 This time, another young competitor from the Whistler region, 10-year-old Jackson GOLDSTONE (CAN), stole the show, rocking up to the line and pounding out some big air, though he was half the size of the other riders. His efforts earned him an honourable mention as he held the commentators’ attention all evening, pedalling his way all the way to the top of jumps he is still too light to coast up.

On the ladies side, Casey BROWN (CAN) continued to ace it. After winning in Whistler and Rotorua, in the first round of the Crankworx World Tour, she pulled a hat-trick to come out ahead of Emilie SIEGENTHALER (SWI), second, and the captain of Team World, Anneke BEERTEN (NED). 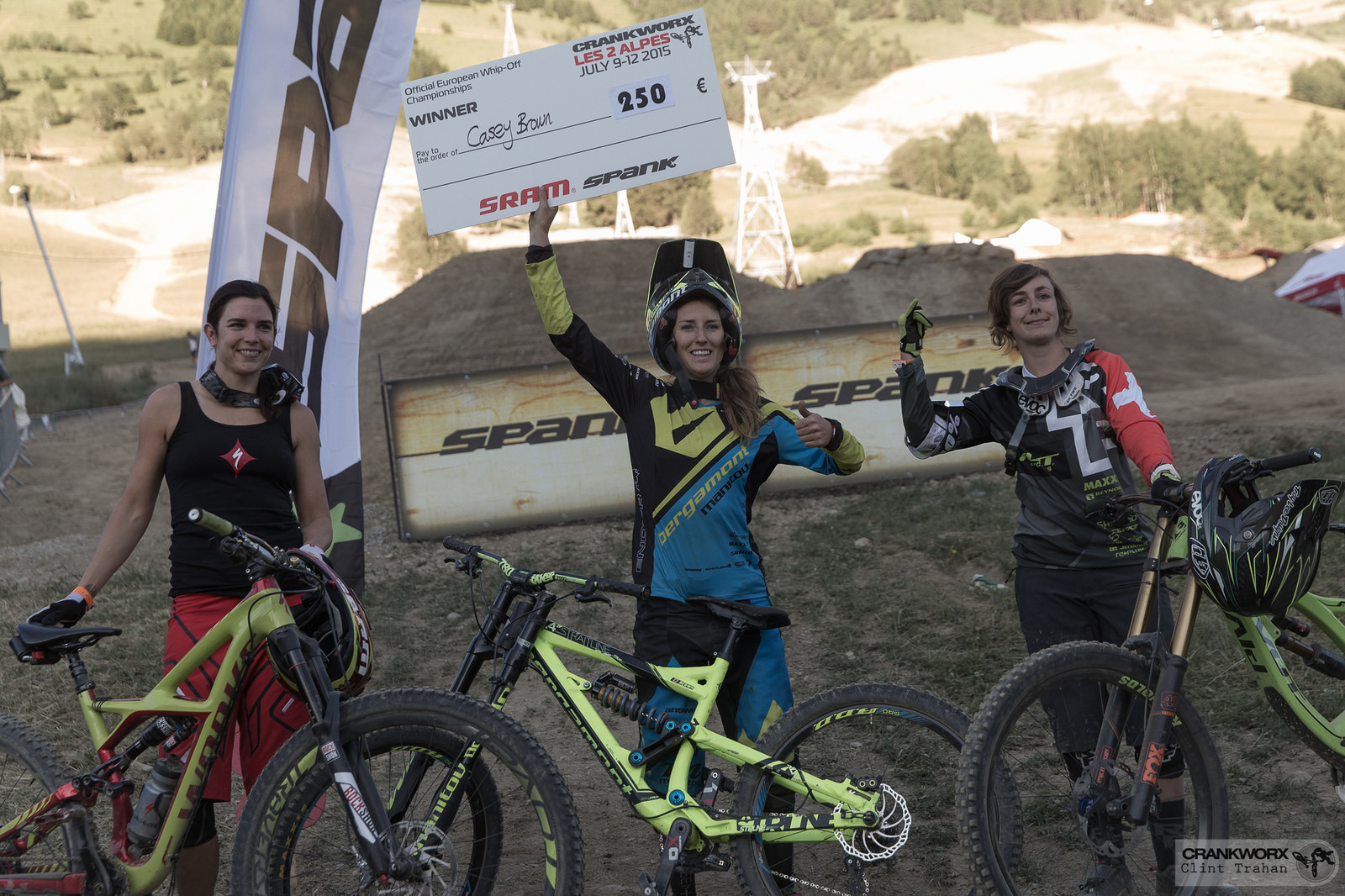 “It’s nice to have more women in the field this time… Makes hitting the jumps so fun,” said Brown, who was breathless in the finish coral, admitting her calf muscles were cooked.

The Les 2 Alpes competition wasn’t as long as the original Whistler event, however, strong heat and dry conditions did make it a tough dust-up for the riders, 150 of whom showed up to compete and shepherd the fourth Crankworx Les 2 Alpes into the record books. 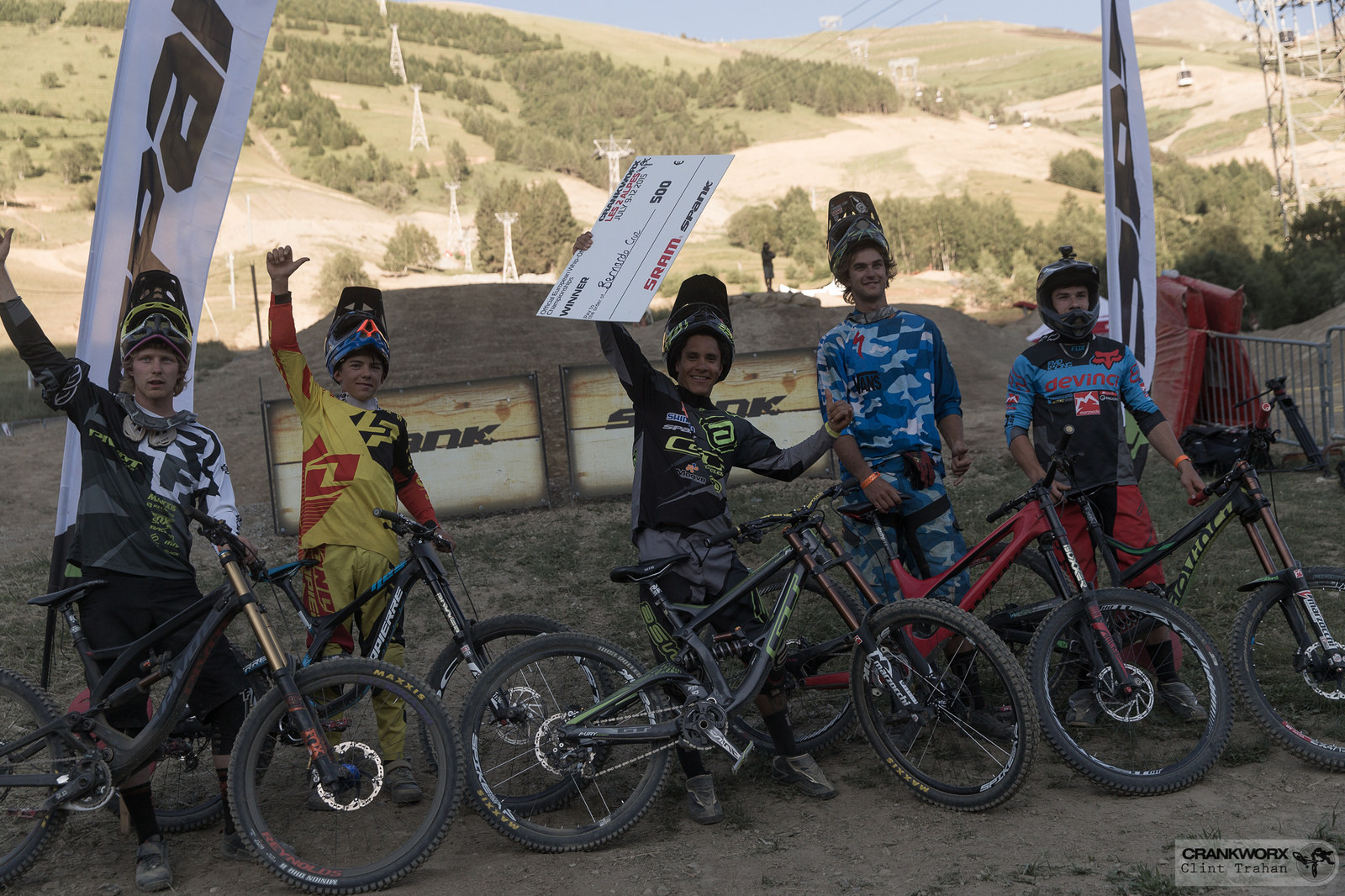 The win for Team World marks a 150-point lead for the global team over the France in the first event of Crankworx Les 2 Alpes. This friendly competition will use the same point system as the King and Queen of the Crankworx World Tour.

Tune in to Crankworx.com to watch all the action beginning tomorrow: