Lying in the sun, watching the surf roll in, a lazy grin on your face and a satisfying dull ache in the legs: this is how you should wrap up a stage race! With its beautiful beachside finish and 45km of really great trails, the final stage of Port to Port was nothing short of spectacular.

The number of riders swelled today, with loads of savvy locals joining the action, as the course sampled many of the best trails in Newcastle region. This stage has evolved into something really cool; it’s not just Glenrock network that’s the standout, but there’s loads of brilliant, twisting singletrack in the Redhead and Whitebridge region now too. 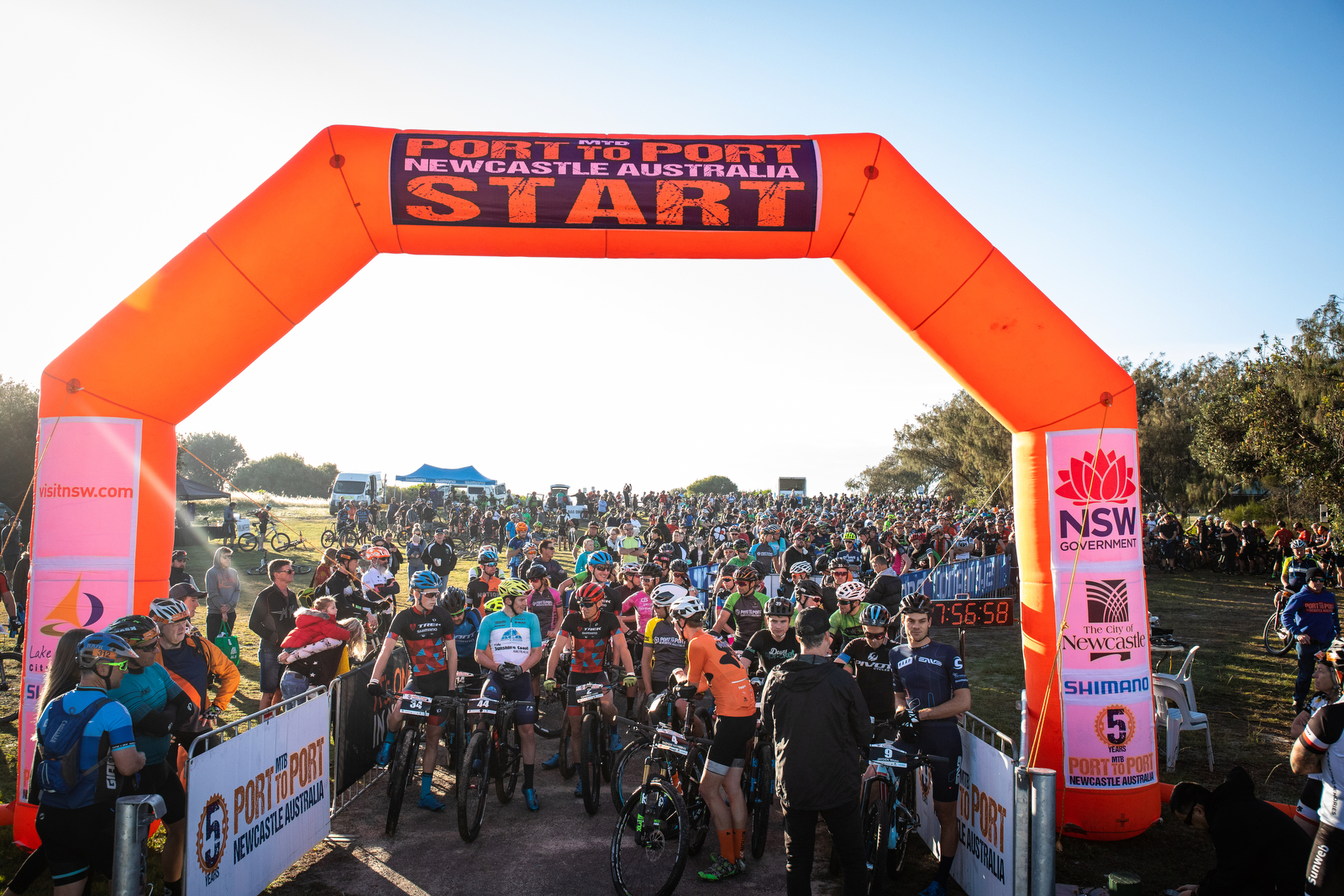 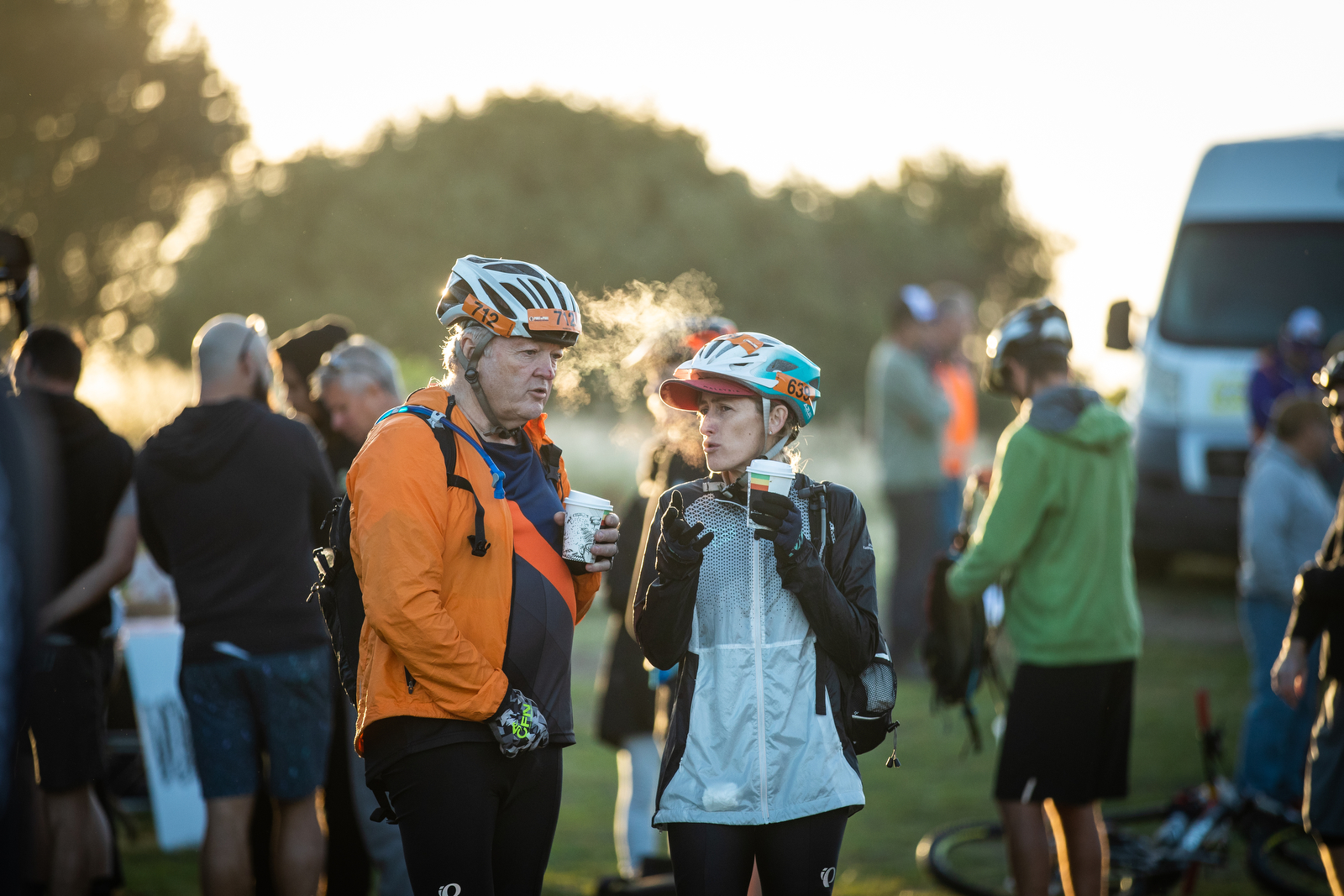 The excitement levels became quite frantic as we neared the much-hyped trails of Redhead and Whitebridge. Why so much hype? The generous locals have been beavering away building really nice singletrack for the event and it was a real treat to have a good run at it today. Twisting and turning through the woods, all you could hear was positive vibes.

The mad dash down to the beach was a wild one, and the adrenaline kicked in when the trail turned to sand. While riding on a beach might not be everyone’s cup of tea, the experience will not be forgotten. Some people possess the magical ability to float on top of the sand, whilst many others sink in and are forced to push. Hey, it makes for great photos and video, can’t argue with that.

The blissful singletrack of Glenrock was a damn fine way to sign off the week, great flowing singletrack and fast, twisting descents that Newcastle locals are treated to at their doorstep. A huge road descent down to the finish with the pumping surf in view was the last of it, with families and friends waiting and cheering as riders crossed the finish line. 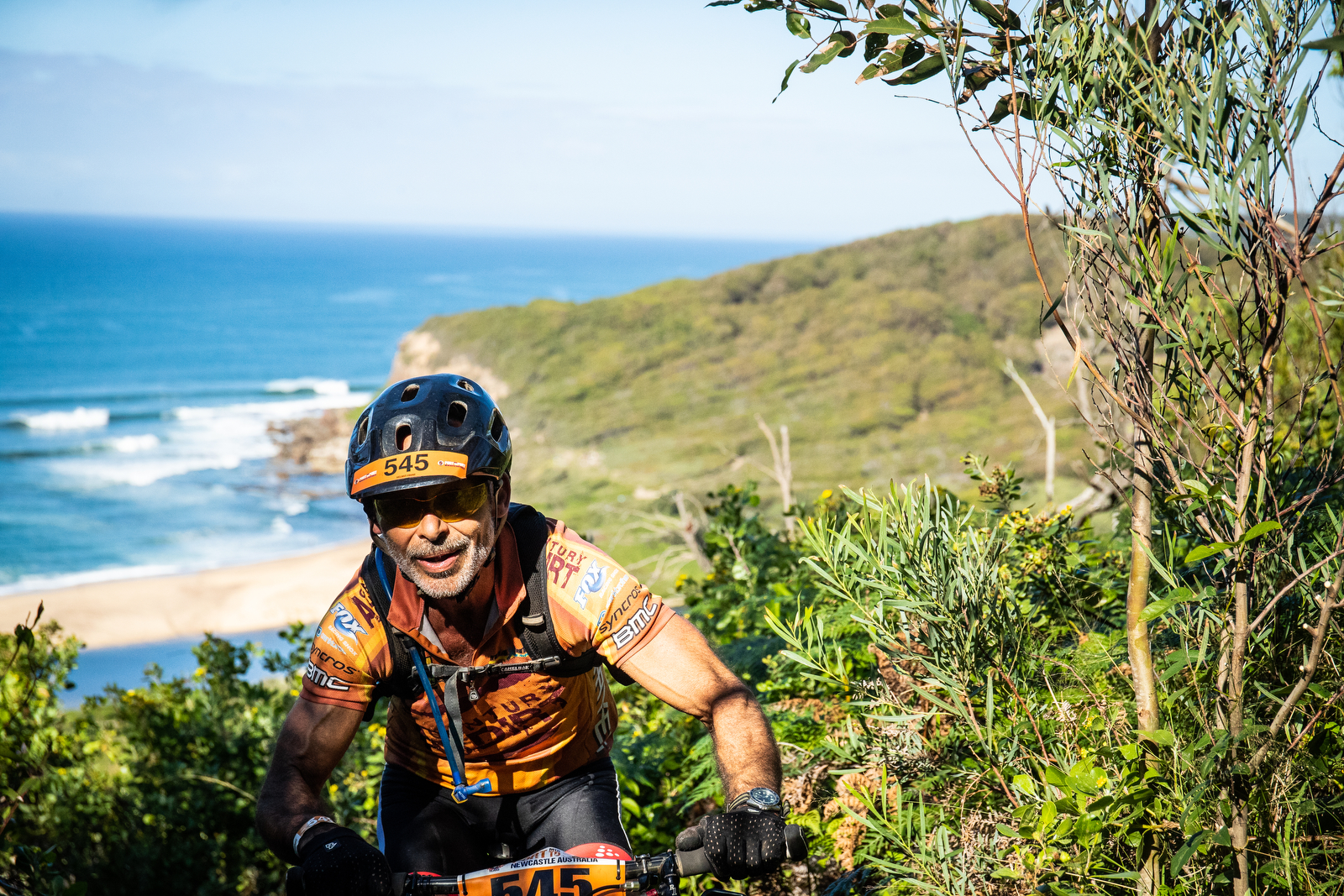 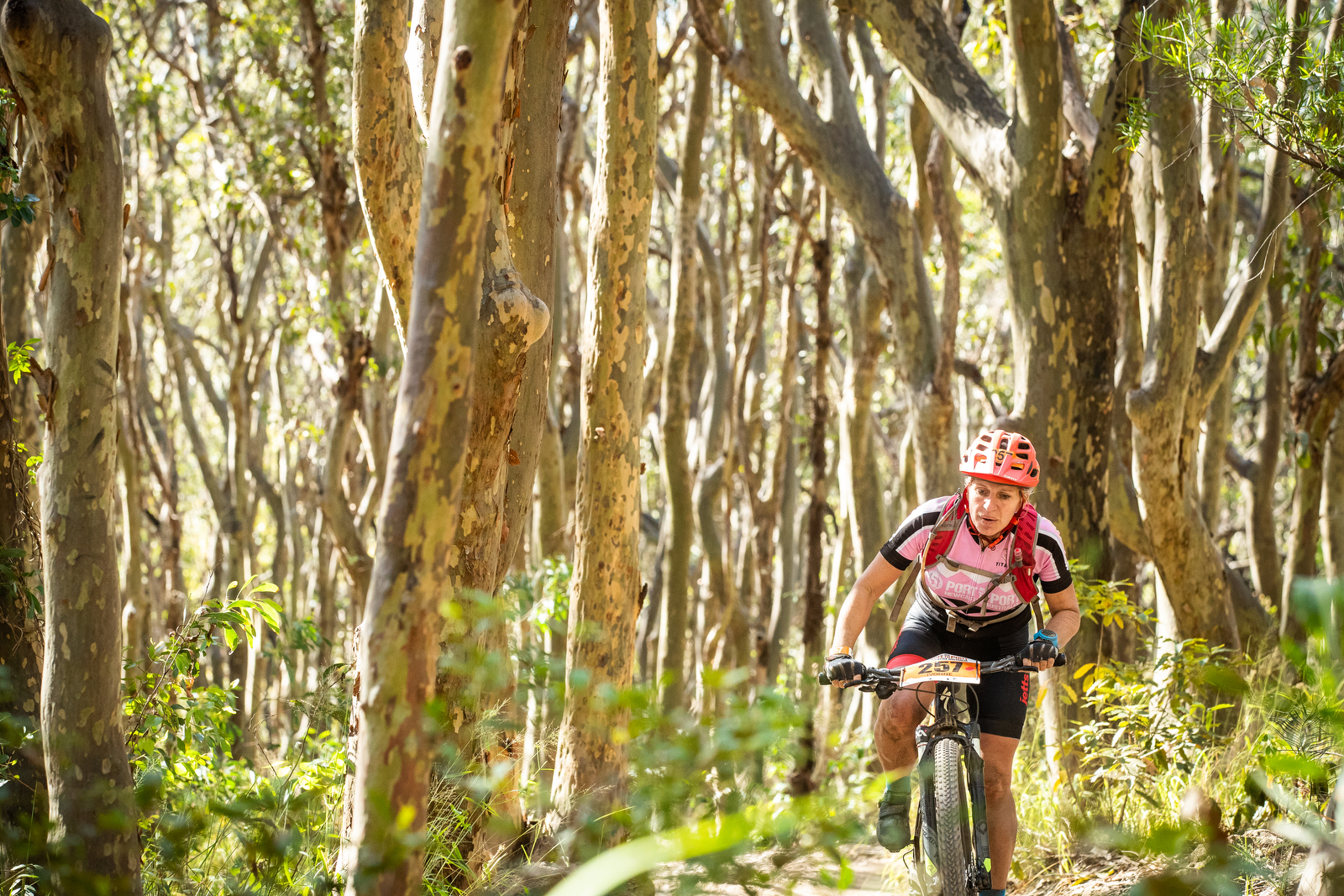 Without a single dominant team present this year, the elite men’s race shaped up into a really exciting battle, one which came right down to the wire. Some big questions were asked of Brendan Johnston, especially by Cam Ivory and Tasman Nankervis, but when push came to shove, Johnston had all the answers. The defending champ hung onto his miniscule 12 second lead in the final stage. “It was very close! Tas nearly dropped me coming off the beach, we had to run the last section in the soft sand, and I’m a pretty hopeless runner!” said Johnston. “But I managed to stay with him over that nasty climb up into Glenrock, and I knew after that that I could probably hang on. I love this style of racing, and I’ll definitely be back to defend my title next year, plus racing Reef to Reef and Cape to Cape as well.

For Tasman Nankervis, his second place marked a real return to form. “I broke my hand in February, but I feel like I’ve finally got back into it this week. I’m a bit bummed I didn’t do better in the fat tyre crit in the end, as it proved a bit decisive, but that’s stage racing and it was an awesome battle with Trekky .”

Cam Ivory may have been bummed to slip back into third place, but at least he got to light it up on his home trails today. “I just went as hard as I could and used up everything I had, but I was probably overcooking it given I crashed twice!” said Ivory. “I had such a fun week, even though I was hurting through most of it. I’ve wanted to do this race for years, and to spend a couple of days in it in the leader’s jersey was a bonus.” 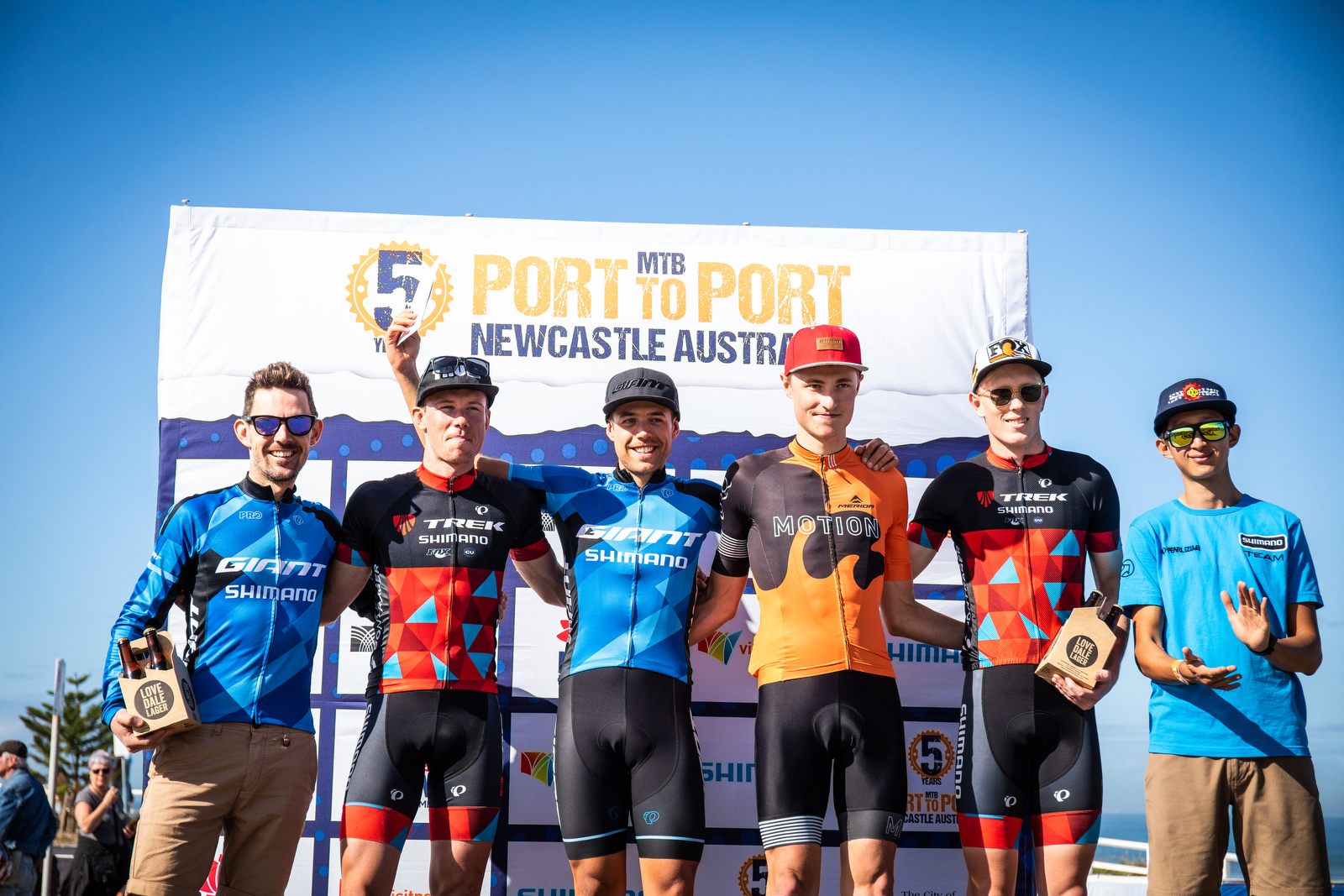 Jess Simpson and Sarah Tucknott could just watch as Holly Harris romped in for another stage win and the overall title, but both of them can leave Port to Port feeling very confident in their form. “I spent everything that I had yesterday, so I wasn’t able to make up any time on Jess today in the end, especially when she attacked right on that last tarmac climb, but I’m really happy with how my week went,” said Tucknott. Simpson’s consistency secured her second place. 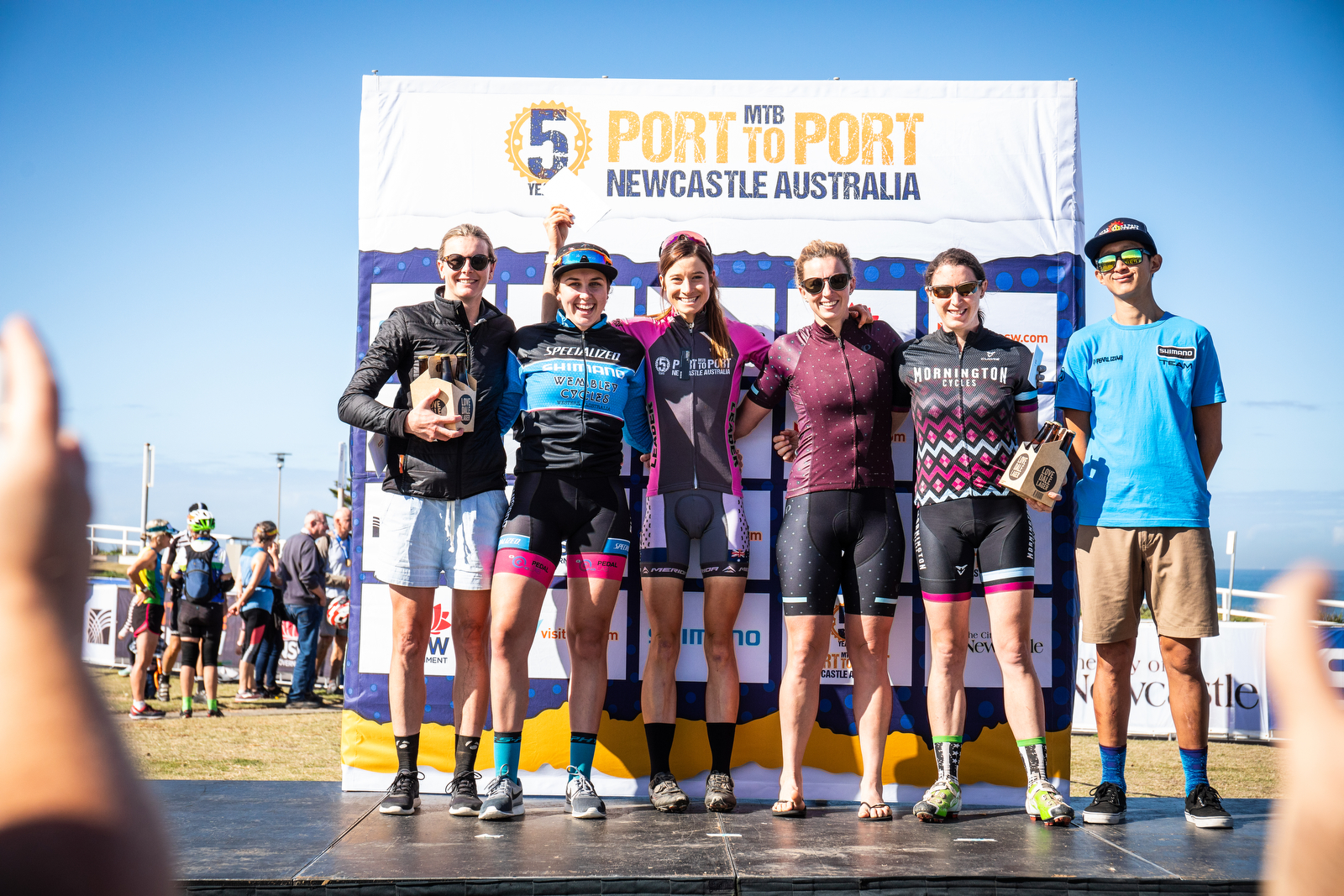 “I’ve had a surprisingly good race! The competition was hard, even though some of the other top women weren’t here this, it definitely hurt me this week. This is my pick of the events in my yearly calendar, it’s brilliant. I really love getting in that moto singletrack that’s part of this event, that’s where I can forget about racing and just enjoy the riding,” said Simpson. “It was a good race against Sarah, she’s improved out of sight! Hopefully, I get to race against her at Reef to Reef or Cape to Cape later in the year!” 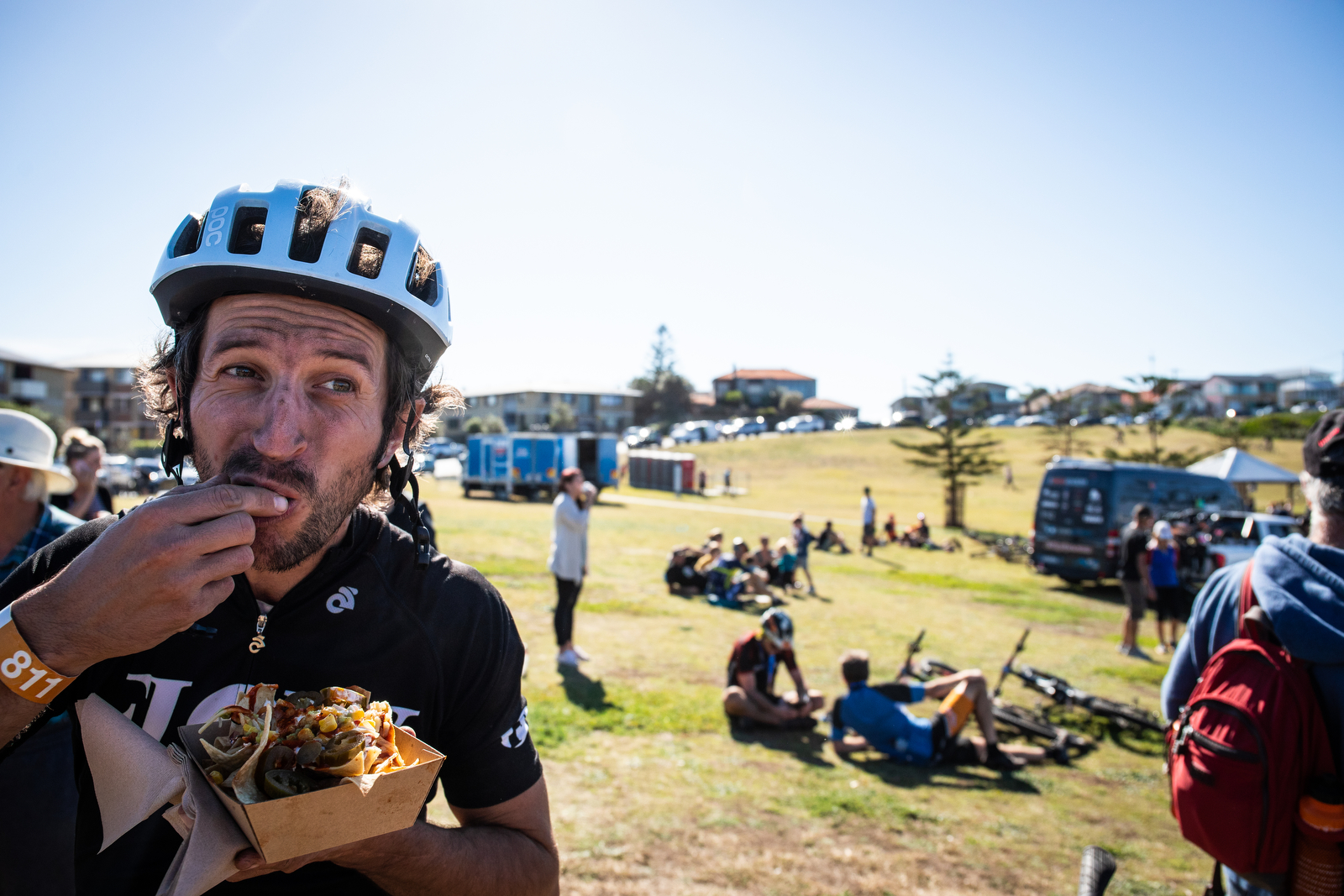 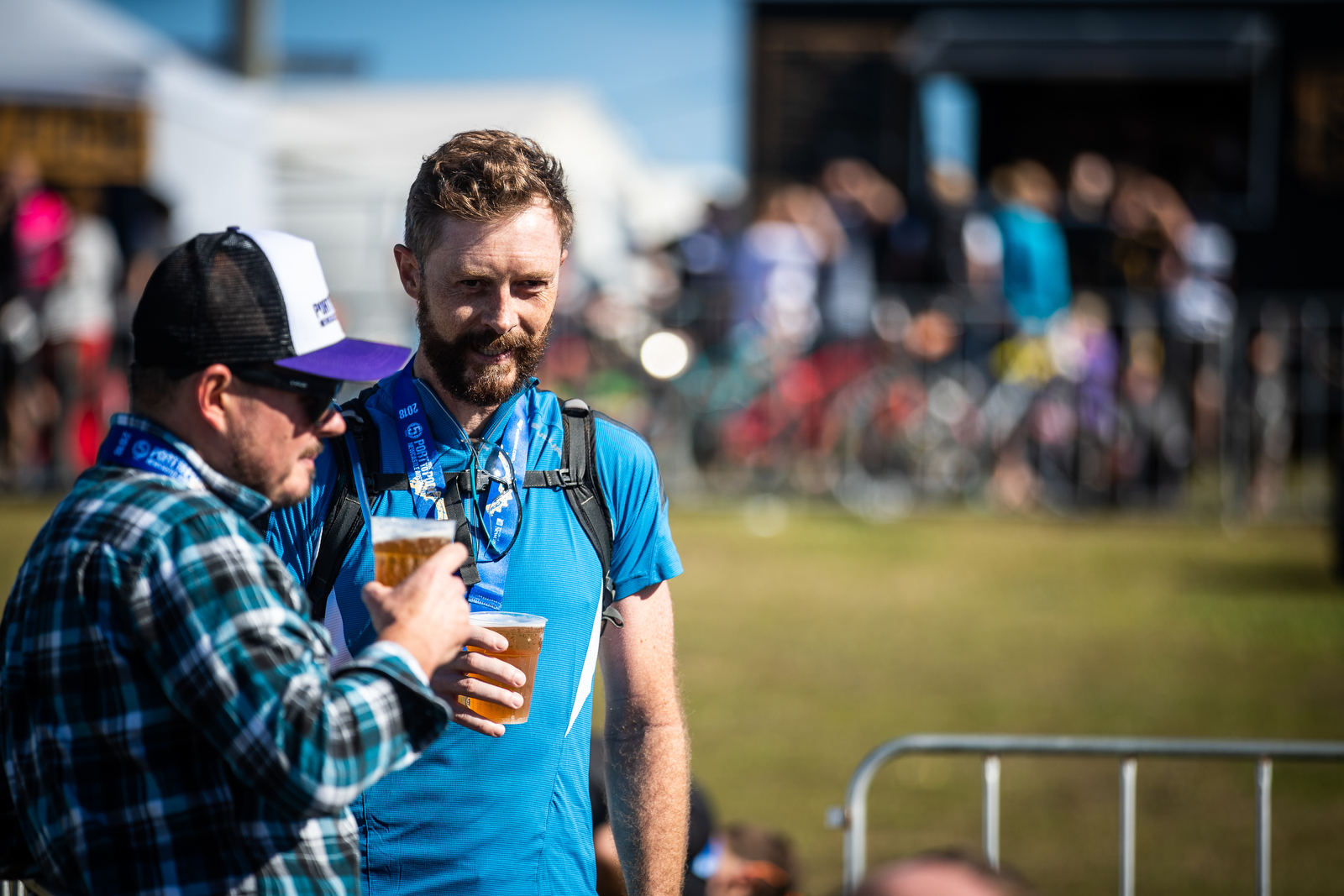 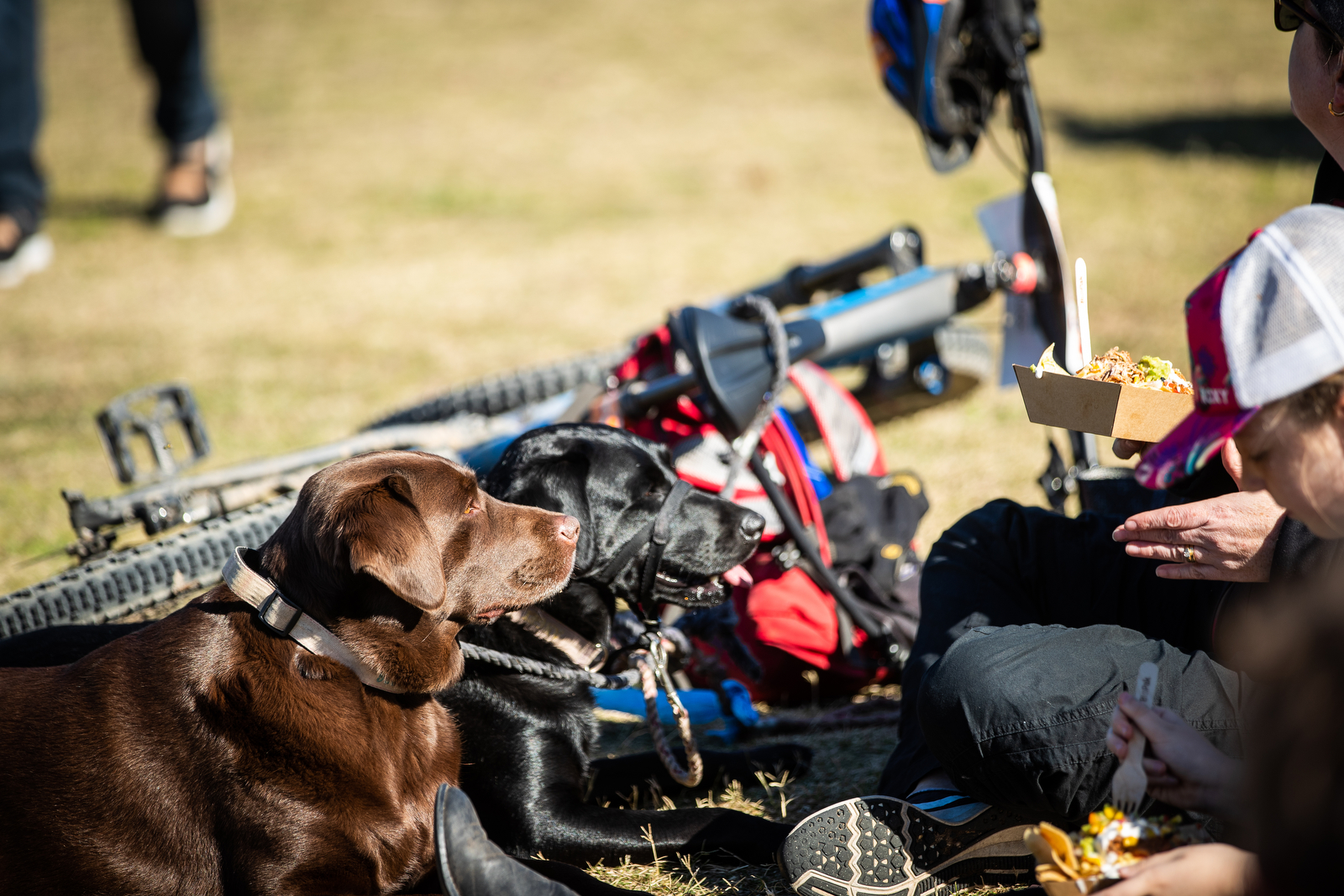 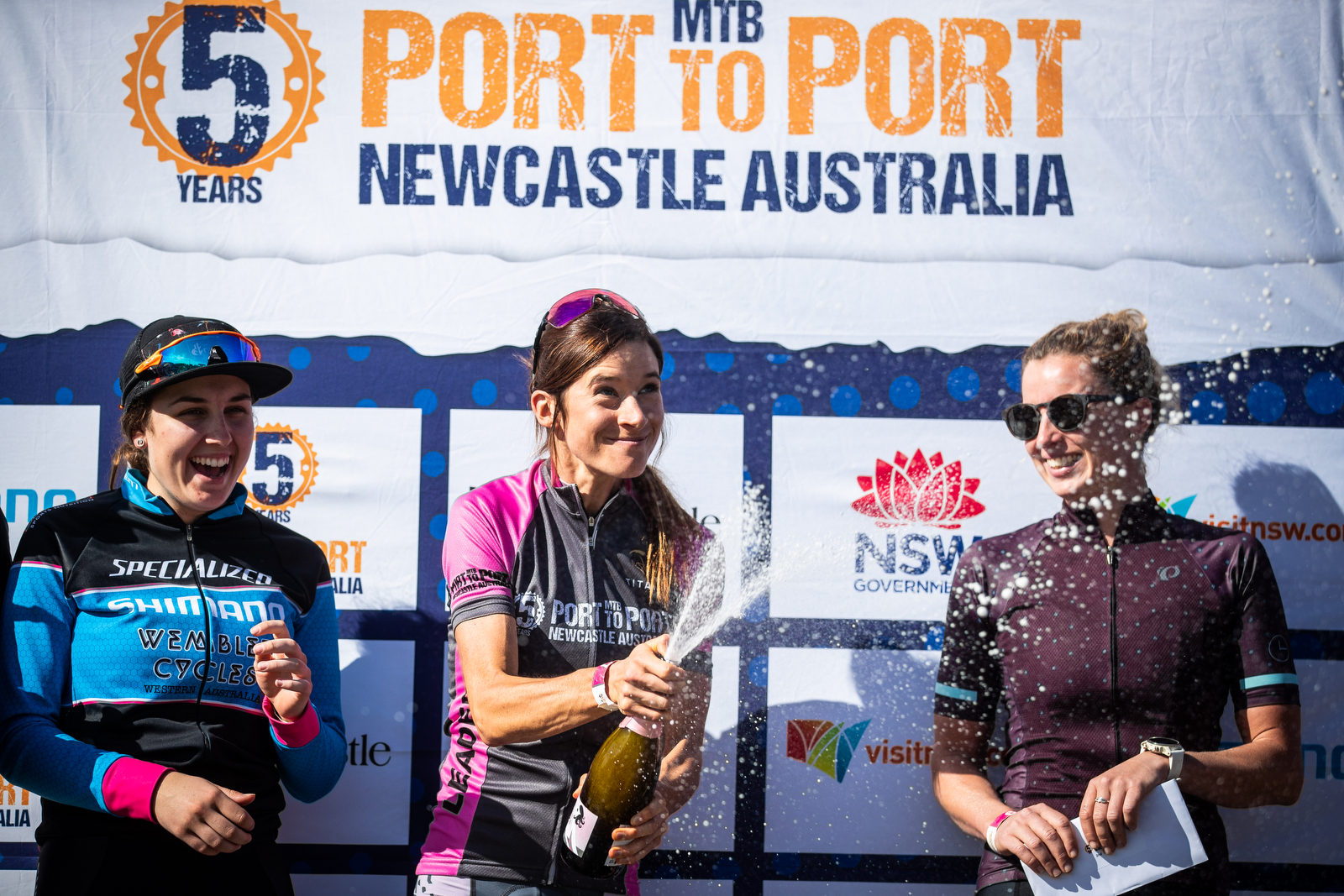