Back for the second year, this four-day stage race is roving affair, taking in some of the more stunning parts of NSW on a journey from the sea at Port Stephens, to the Hunter Valley and finally back to Newcastle. (Take a squiz at our 2014 coverage here.) 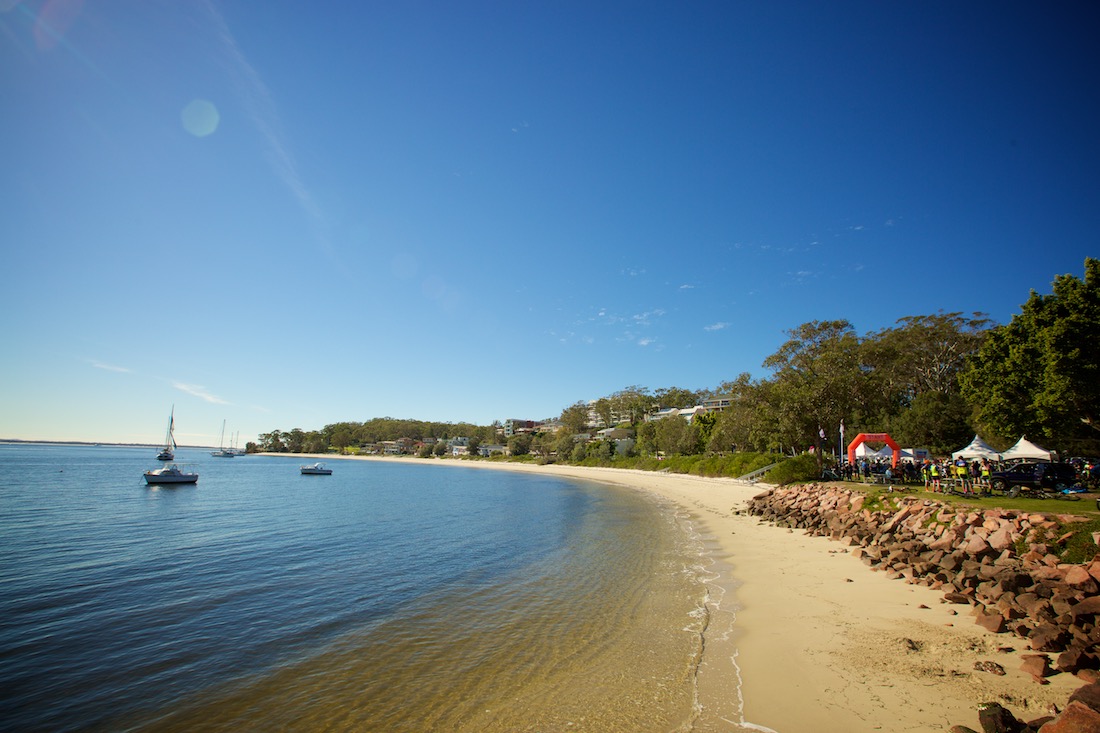 The usual flocks of whale watchers, seagulls and white haired holiday makers were ushered aside today, to make way for the 300+ racers who began their four day odyssey alongside the lapping blue waters of Nelson Bay. The course set for them on Stage 1 mixed in some of the trails utilised last year, plus a bunch of new sections, like the unconquerable Three Bears.

After last year’s epic battle between Andy Blair and Chris Hamilton, there was a plenty of anticipation this showdown might be emulated with an in-form Mark Tupalski a clear challenger to the experienced Blair. In the women’s field, the recently crowned XCM Champ Jenny Blair (yes, she and Andy tied the knot) was the clear favourite, but as we saw today, it mightn’t be plain sailing. 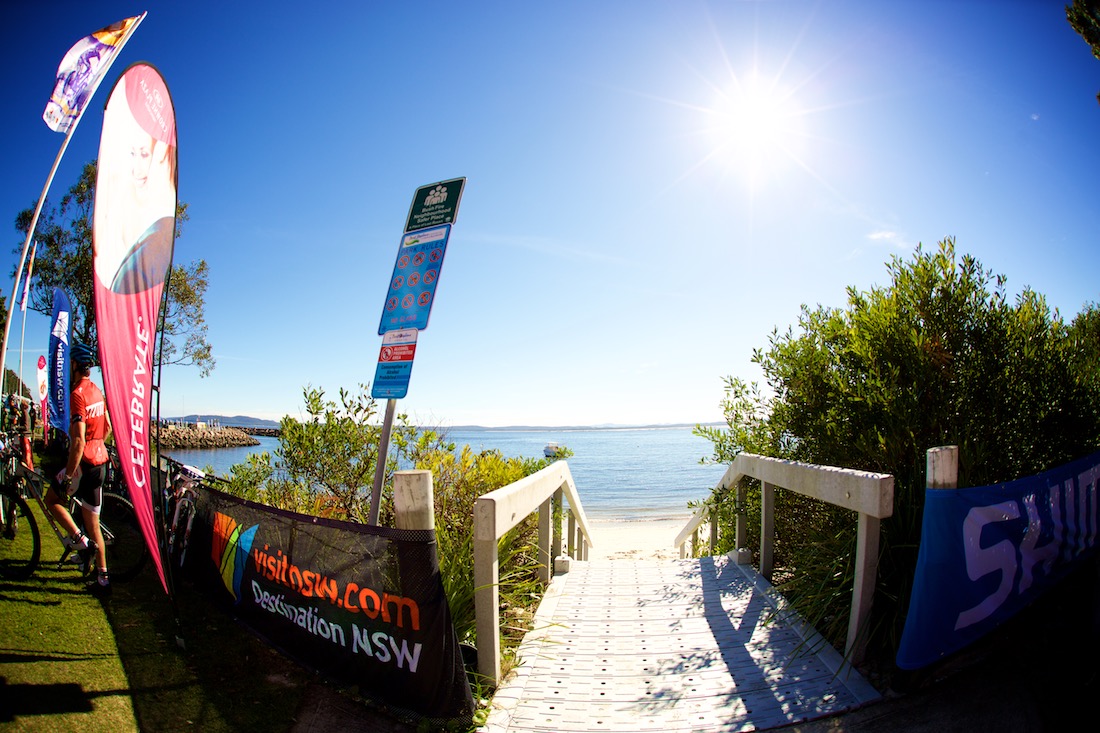 The rolling neutral start may have been too mellow for some (“I’ve had way too much caffeine for this, let’s get racing!” was yelled from somewhere in the bunch), but the pace didn’t stay low for long. The first scrappy climb proved to be incredibly decisive, with Blair facing what he called the “worst possible situation” after getting caught in a rut and watching the trio of Tupalski, young Liam Jefferies and Pete Hatton make a break. Without any team mates to work with him, it was entirely up to him to ride down the two Torq riders and Hatton. 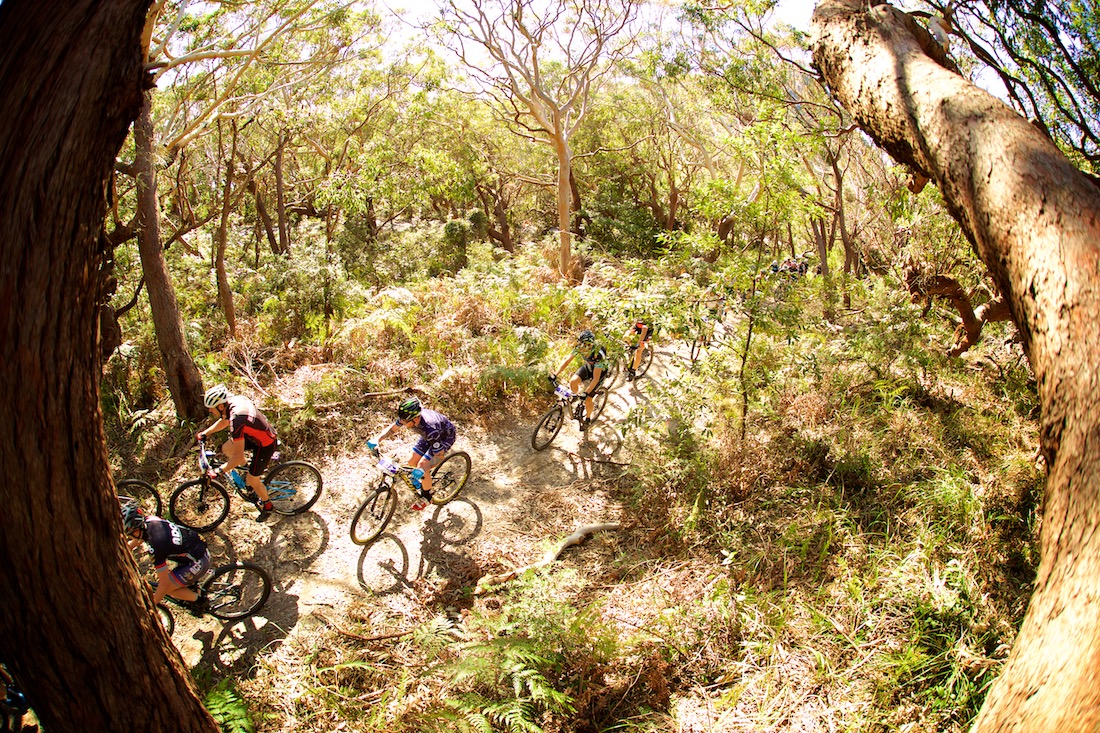 Hatton, who has been absent from the scene for a while and whose dark horse performance caught plenty of people by surprise, tells the tale: “We were working well together, right up until the Three Bears (three super steep fireroad climbs in a row), when I really pushed it into the red. I could tell that Tupalski was super strong, and he made a break. I had to back it off consciously, and that’s when Andy bridged across to me. I basically sat on his wheel then, trying to recuperate, and then managed to gap him at the end on some of the short climbs.”

“I couldn’t see them behind me and when you have a gap you just have to bury yourself!”

“Blairy’s no fool – he wins plenty of races by being tactically smart, so I’m not taking anything for granted.”

History repeated itself in some respects today; last year, it was Andy Blair’s running up the impossibly steep Vertical Beach that gave him a gap, this year it was Tupalski who sprinted his way to a healthy gap, running hard over the top of the final of the Three Bears. “I didn’t think the gap I’d opened up was quite that big, but I couldn’t see them behind me and when you have a gap you just have to bury yourself!” Burying himself definitely worked, and Tupac will take a lead of just over a minute to Stage 2. “Blairy’s no fool – he wins plenty of races by being tactically smart, so I’m not taking anything for granted,” said Tupalski.

“I’ve had plenty of races that have turned out well, today just wasn’t one of them, so you’ve got to take the good with the bad!”

As the defending champ, Blair knows how Tupalski would have been feeling today. “It’s a real psychological game – when you’re on your own out the front, like Mark was, you just keep your head down and ride. But when you’re chasing, and especially in a situation like today where other riders aren’t going to work for you, you’ve just got to back yourself that you can ride as hard as Mark is. Really, the situation today was a reversal of last year where I had the break; I’ve had plenty of races that have turned out well, today just wasn’t one of them, so you’ve got to take the good with the bad!”

“Then I just hung on for dear life, as she kept hitting me.”

In the women’s field, Jenny Blair was given a real run for her money by Rebecca Locke. “I could see Jen just in front, and then I managed to ride a couple of the steep pinches where she lost traction, and that let me come across to her a little bit. Then I just hung on for dear life, as she kept hitting me,” said Locke. “I think it’ll be a really telling sign to see how we each back up from day to day.”

For Jenny Blair, the course today didn’t play to her strengths. “Today was too soft!,” she said. The whopping climbs of Stage 2 might be more to her liking, as the show rolls inland to the Hunter Valley tomorrow. Stage 2 was a savage affair last year – a tough climb and white knuckled descents, with eyes full of mud. Hopefully the rain stays away, as it’s a tough enough day on the bike without the extra challenge of a downpour.

Tune in tomorrow for more Port to Port MTB!

For full results head here, and to learn more about Port to Port, jump over here. 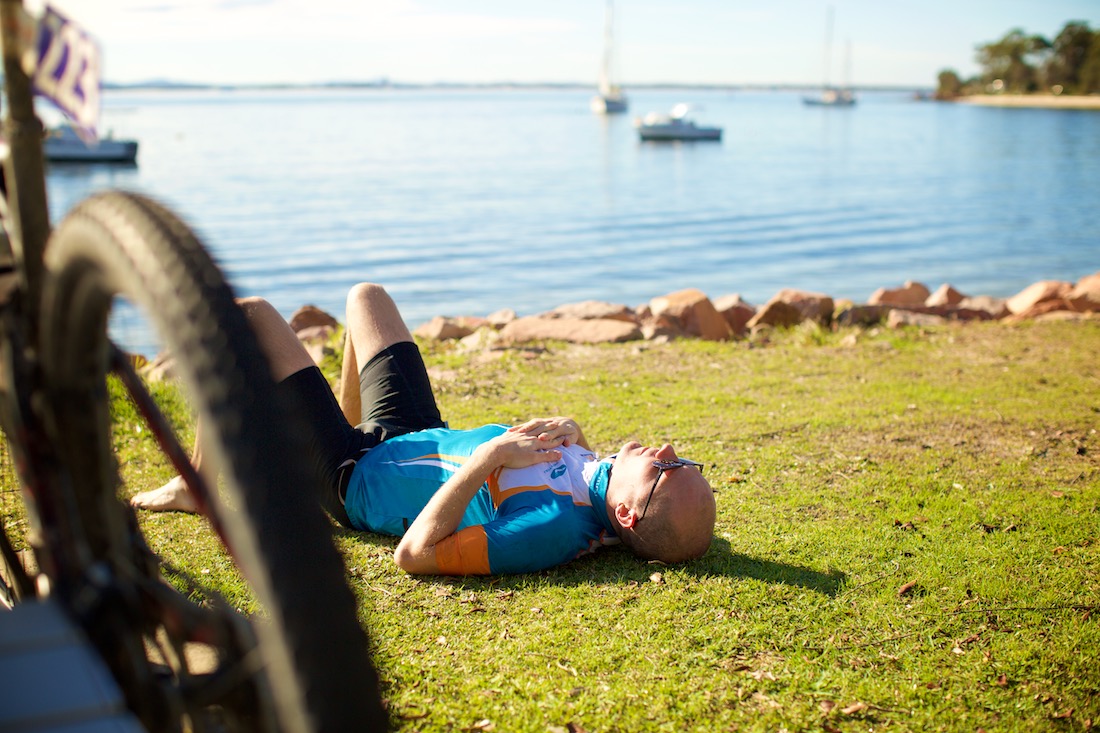 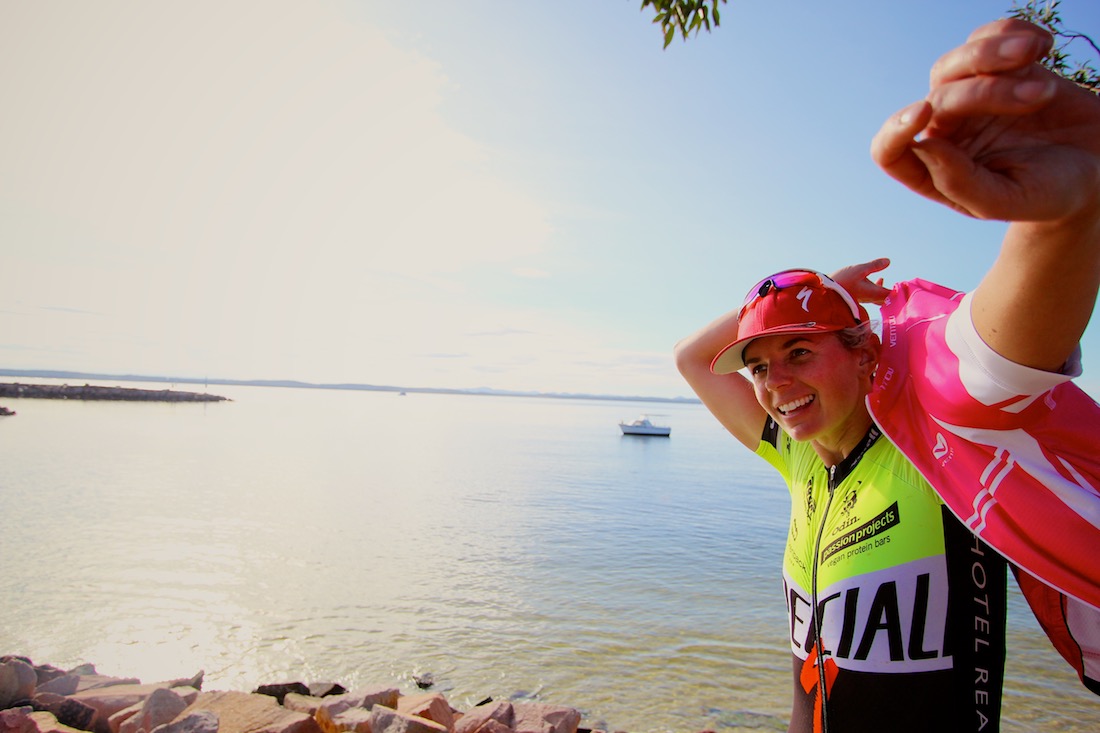 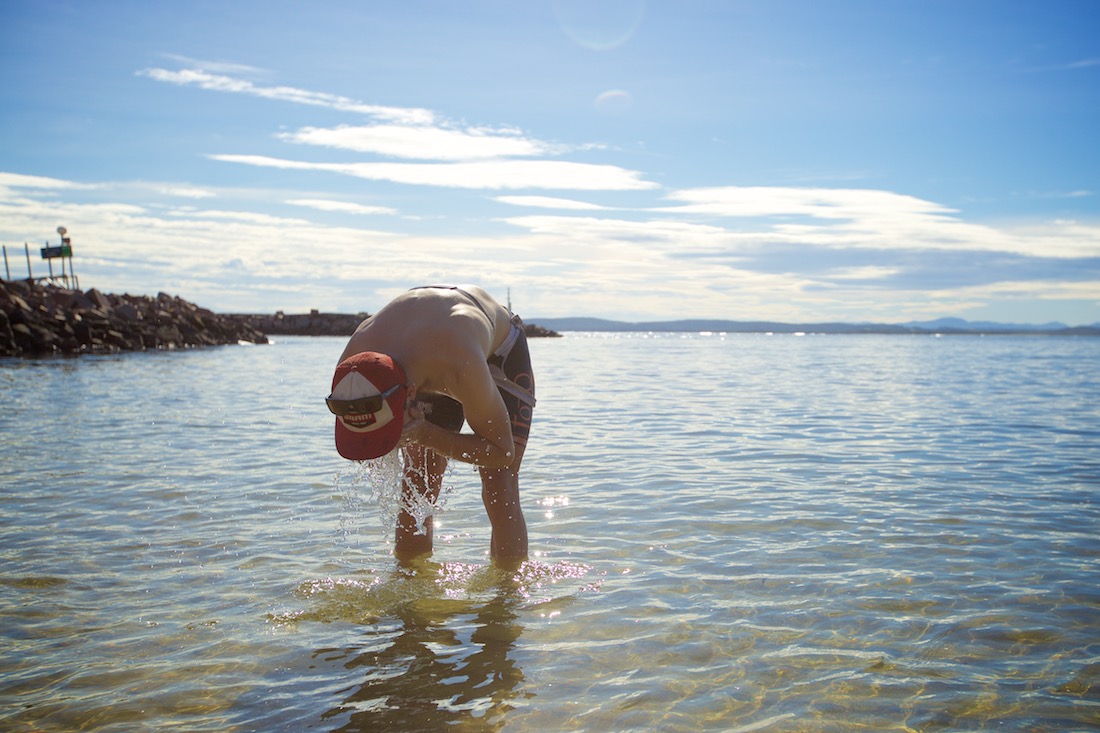