The Pacific Ocean has a lot going for it. It’s very beautiful, full of fish and it keeps our east coast beaches nice and wet. It doesn’t, however, make great chain lube!

Still, it wouldn’t be right to race in this part of the world without a bit of beach riding. And just like in the Cape to Cape MTB in WA, we’re sure the run through the sand (and sometimes the water) of Blacksmiths Beach will become a legendary, infamous part of the Port to Port. Even now, just hours after crossing the finish line, the grimacing, cussing and gasping is all starting to blur into one bizarrely pleasurable memory. Funny how that happens… 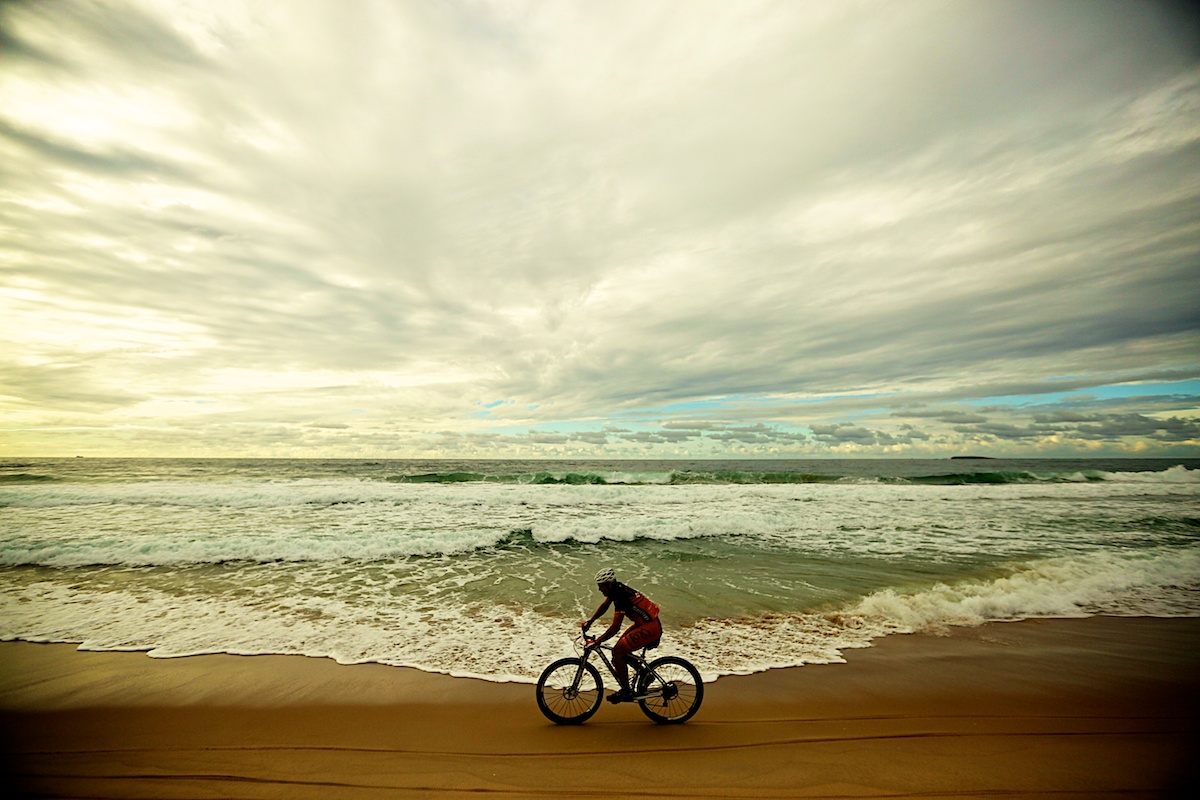 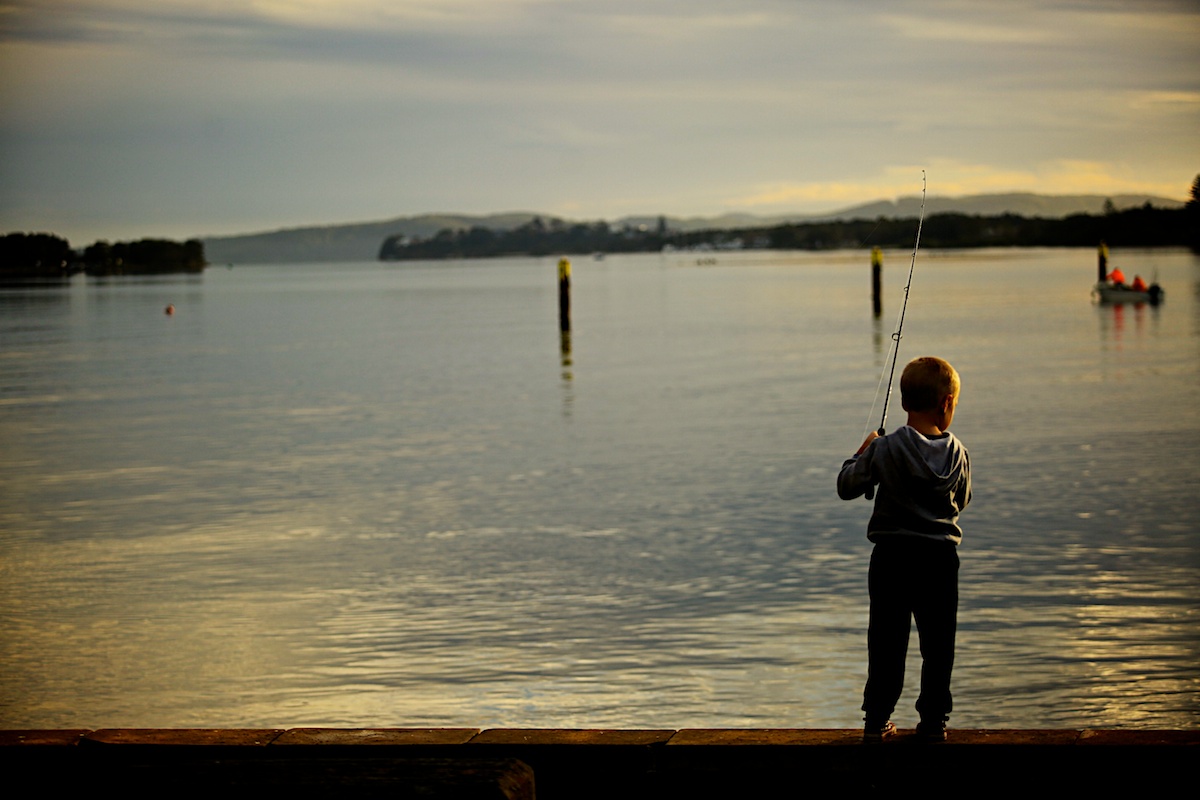 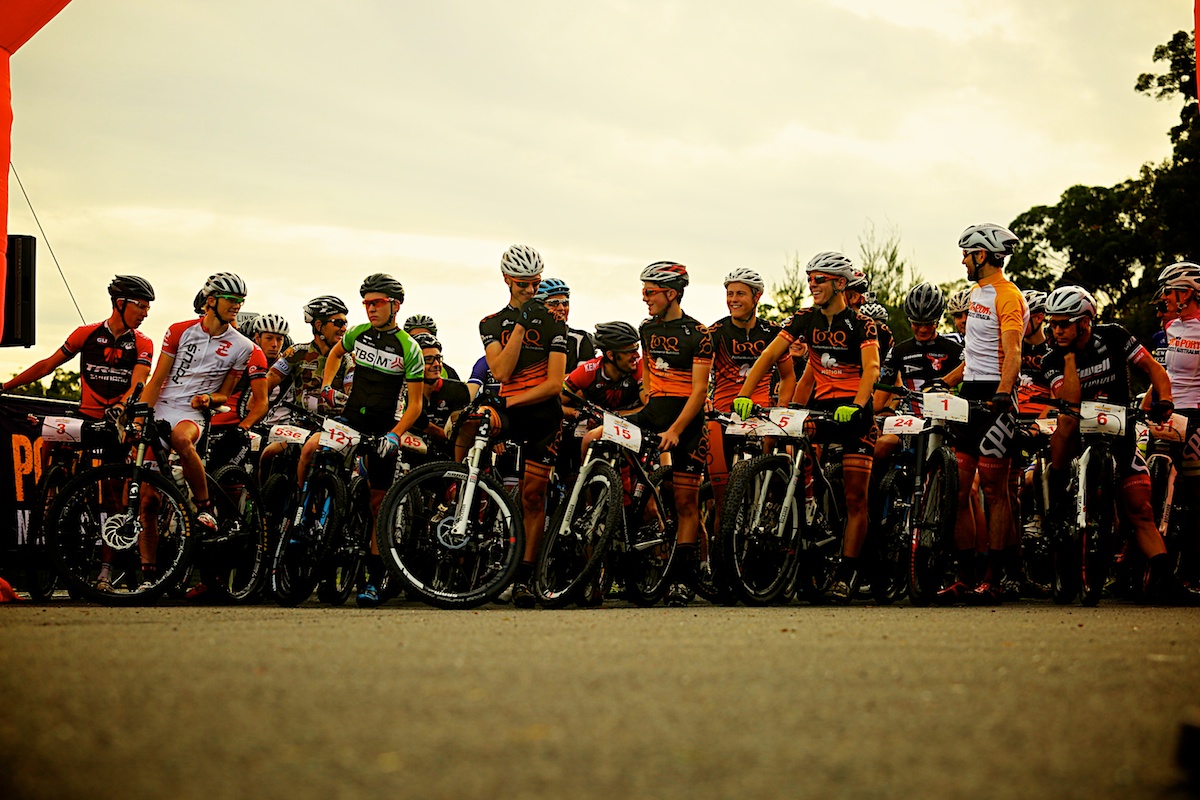 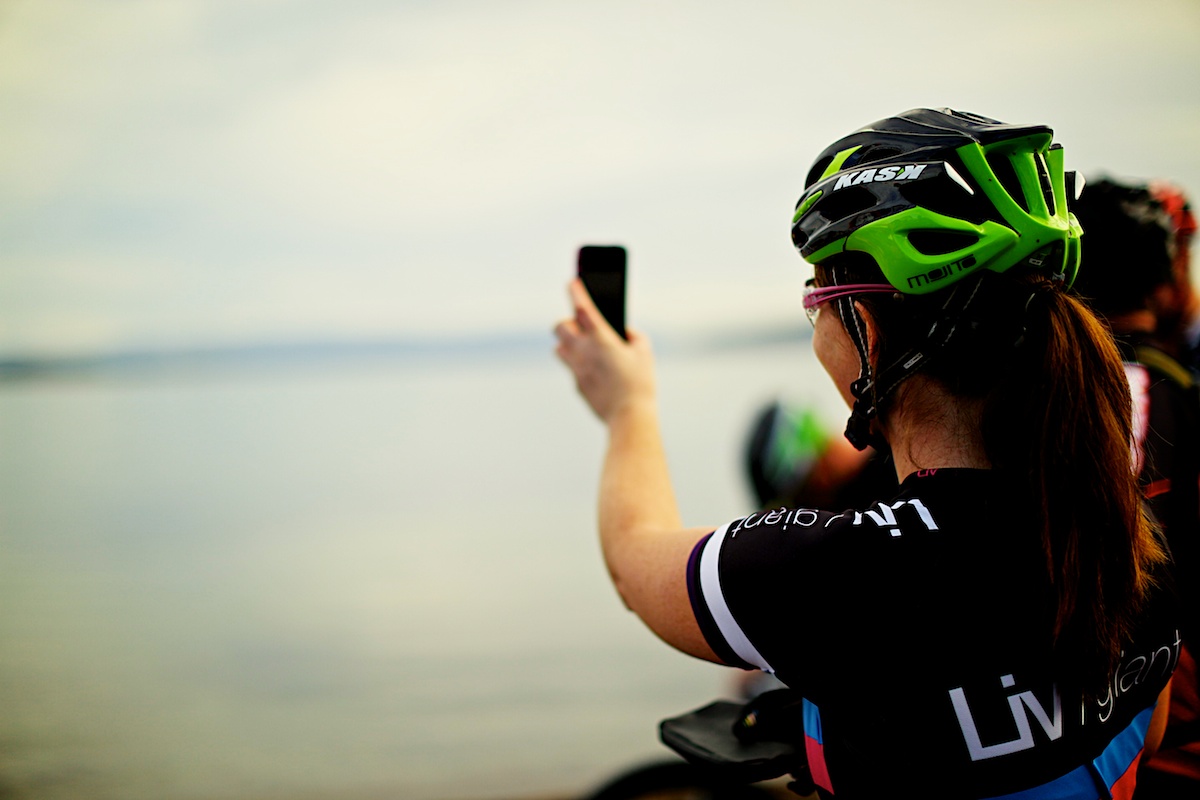 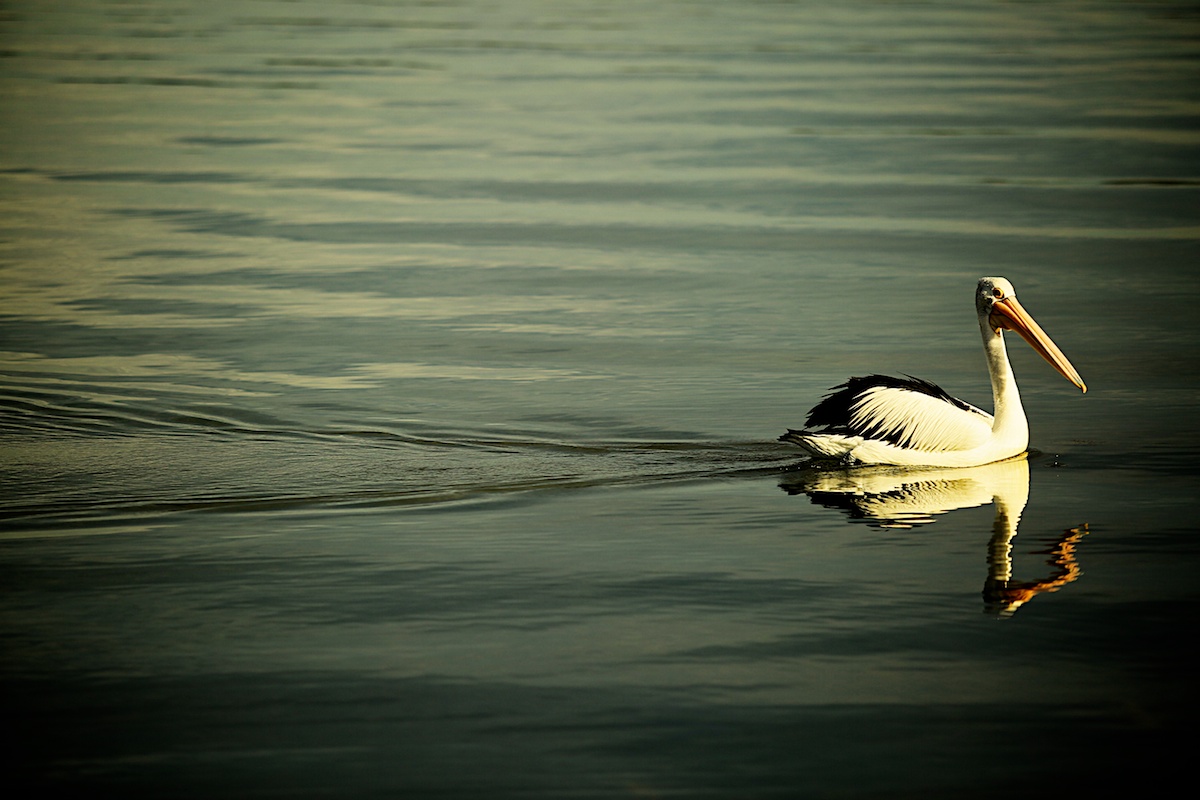 Today’s fourth and final stage of Port to Port wasn’t all about the sand and salt though. Less climbing and more tarmac was juxtaposed with the killer singletrack of Glenrock, and the pace was grimace-inducingly quick. Today was all about holding wheels, pulling turns and working with willing riders to chase down the next bunch and do it all again. Given that mountain biking is so often a solitary affair – just you versus the trail – the thrill, mania and speed of this kind of bunch riding is a rare joy. 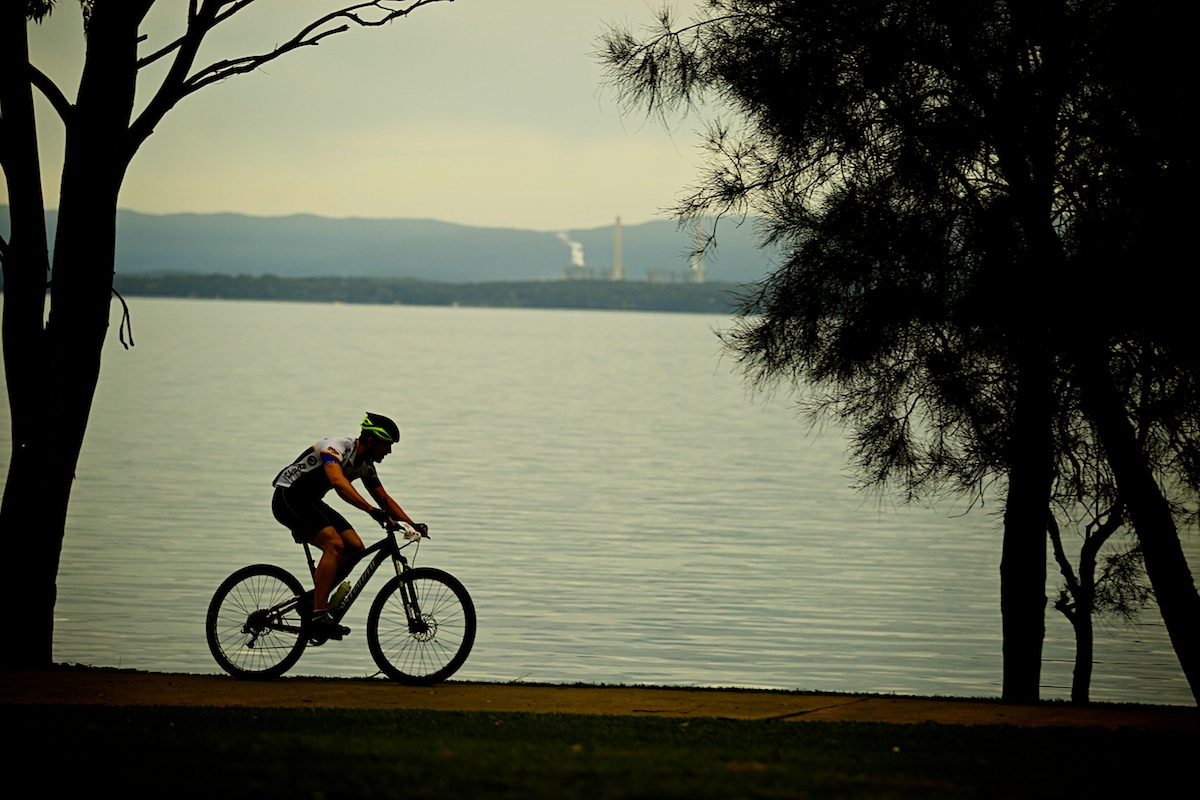 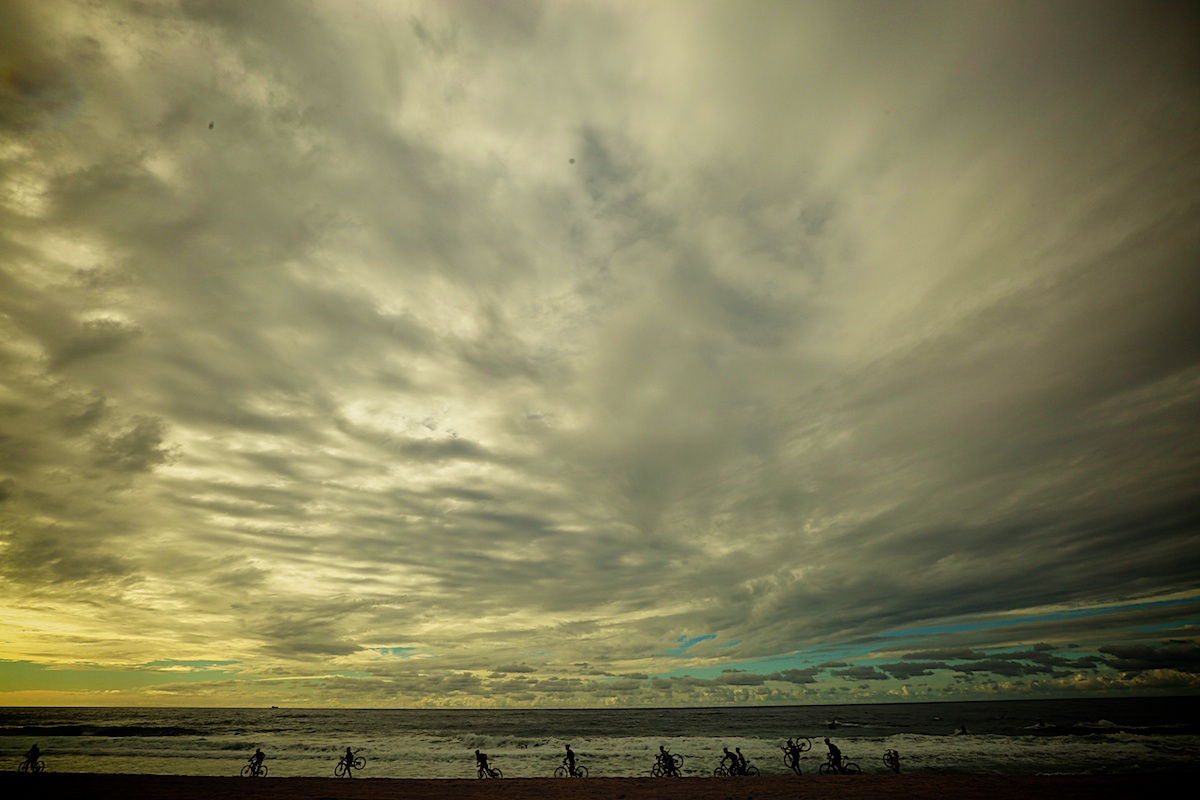 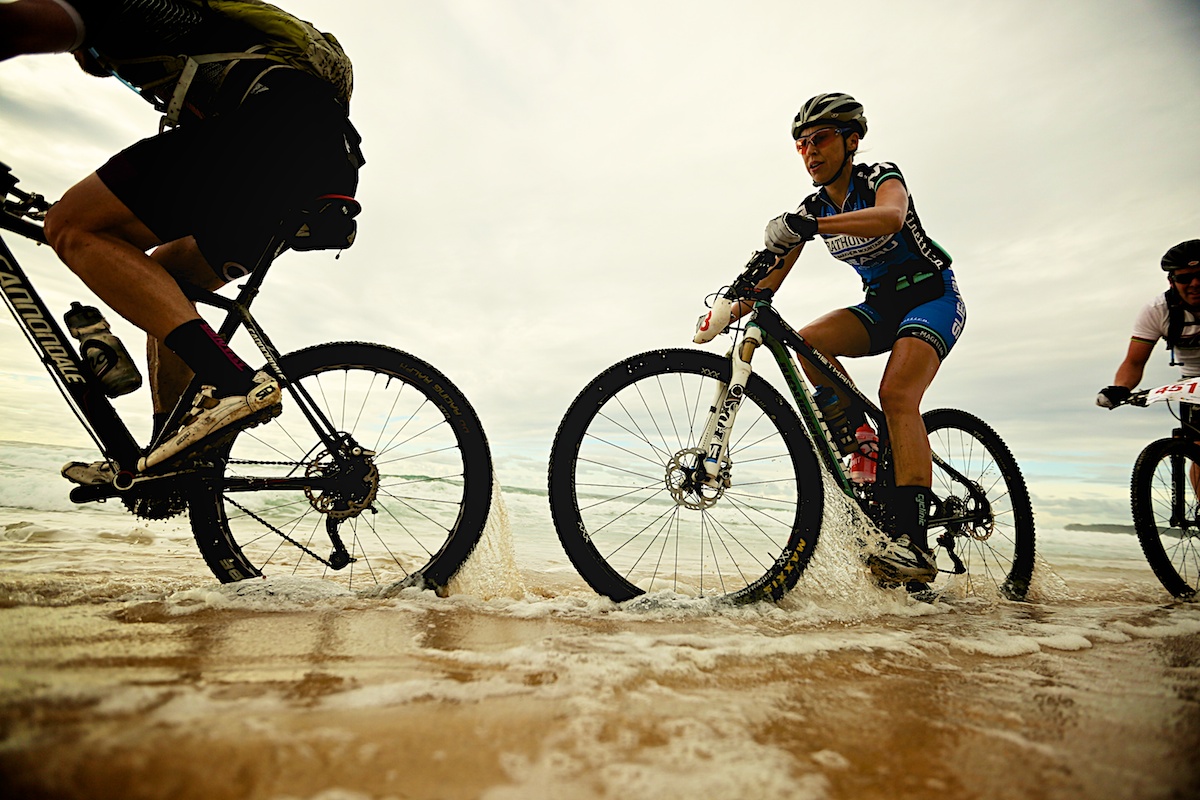 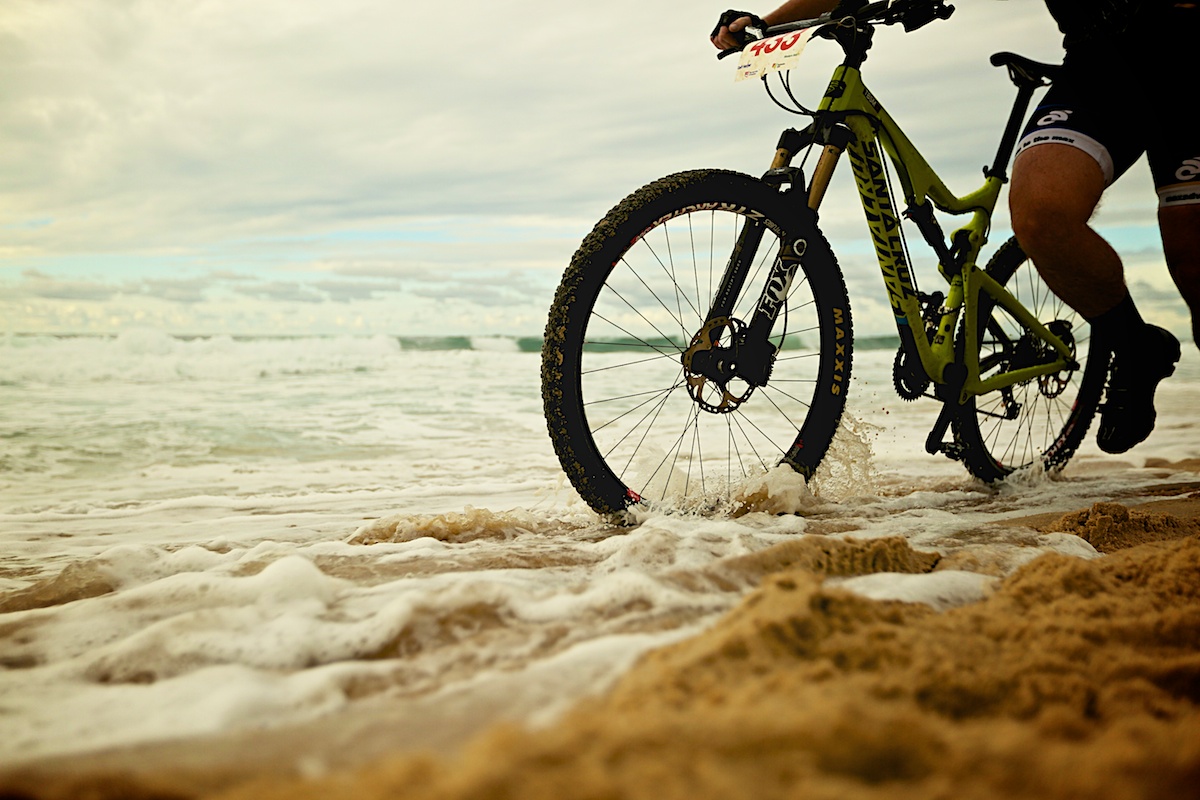 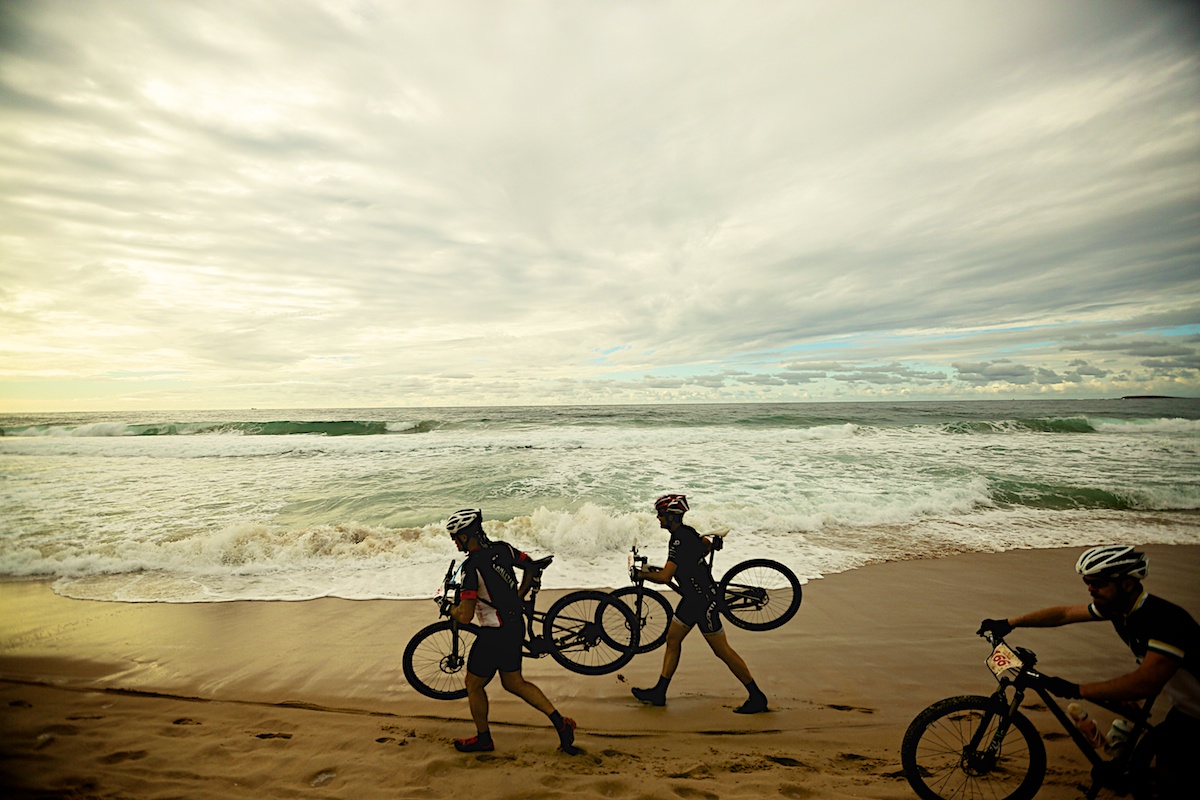 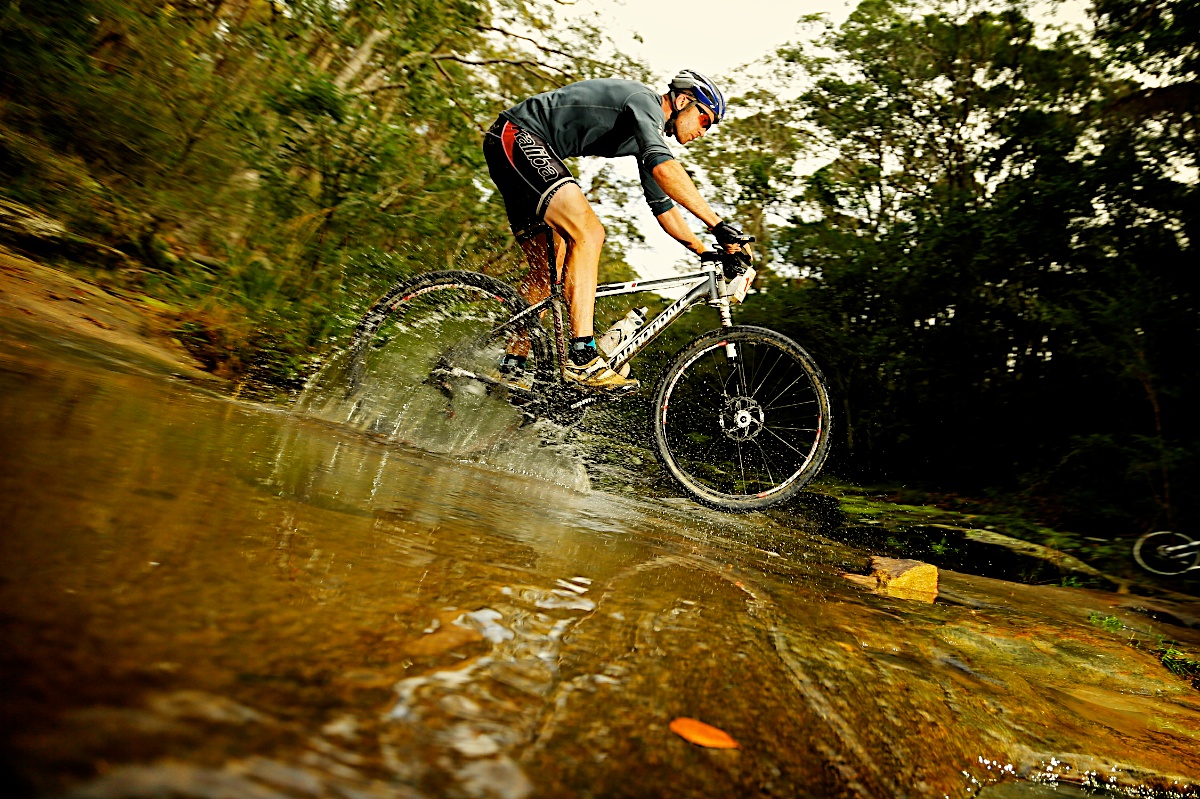 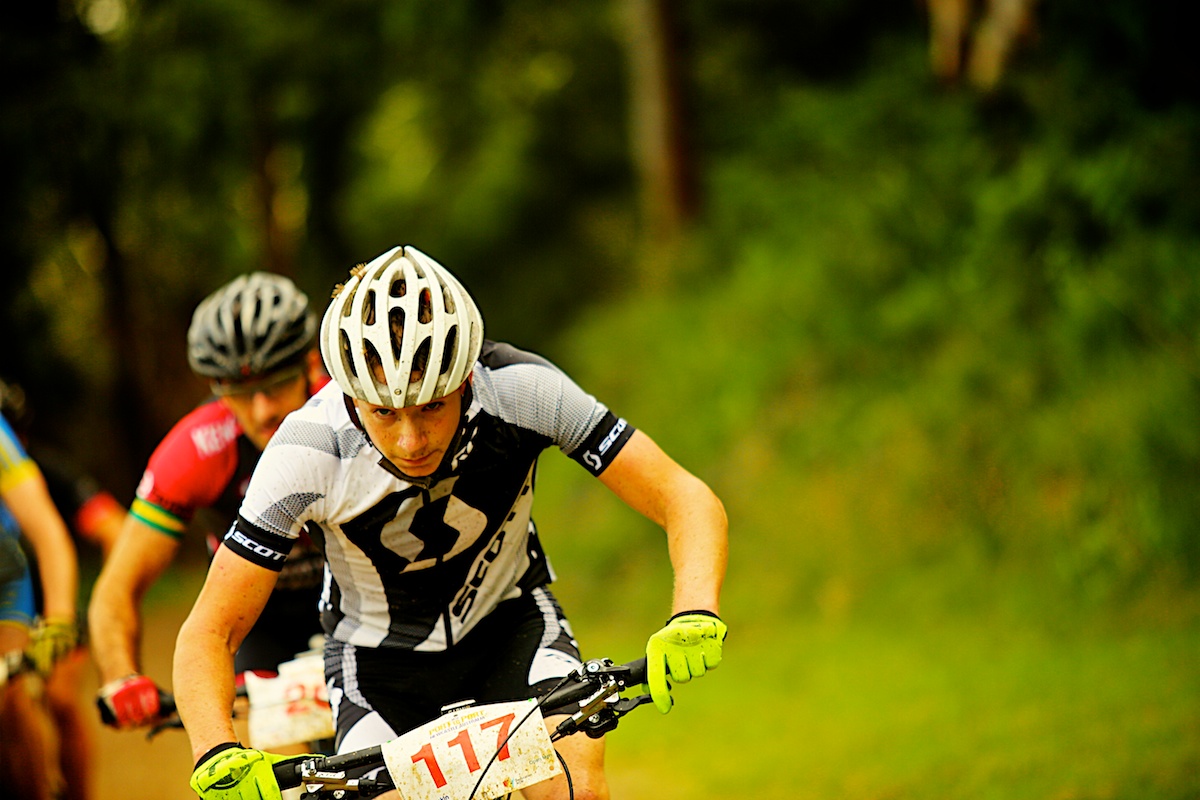 With the weather defying all the forecasters’ predictions and delivering a dry, gorgeous morning, the final day got underway with right on the shores of beautiful Lake Macquarie at Cams Wharf. The first and last real climb of the day hit riders straight out of the gate, before the sound of up-shifting filled the air as the pace wound up for a massively fast run through the streets and paths of Swansea.

The beach loomed large in this stage. For most of the competitors it was a challenge to be survived, but for the Elite men’s race, it was an absolutely critical feature that could potentially see Chris Hamilton snatch the win from under Andy Blair’s nose. 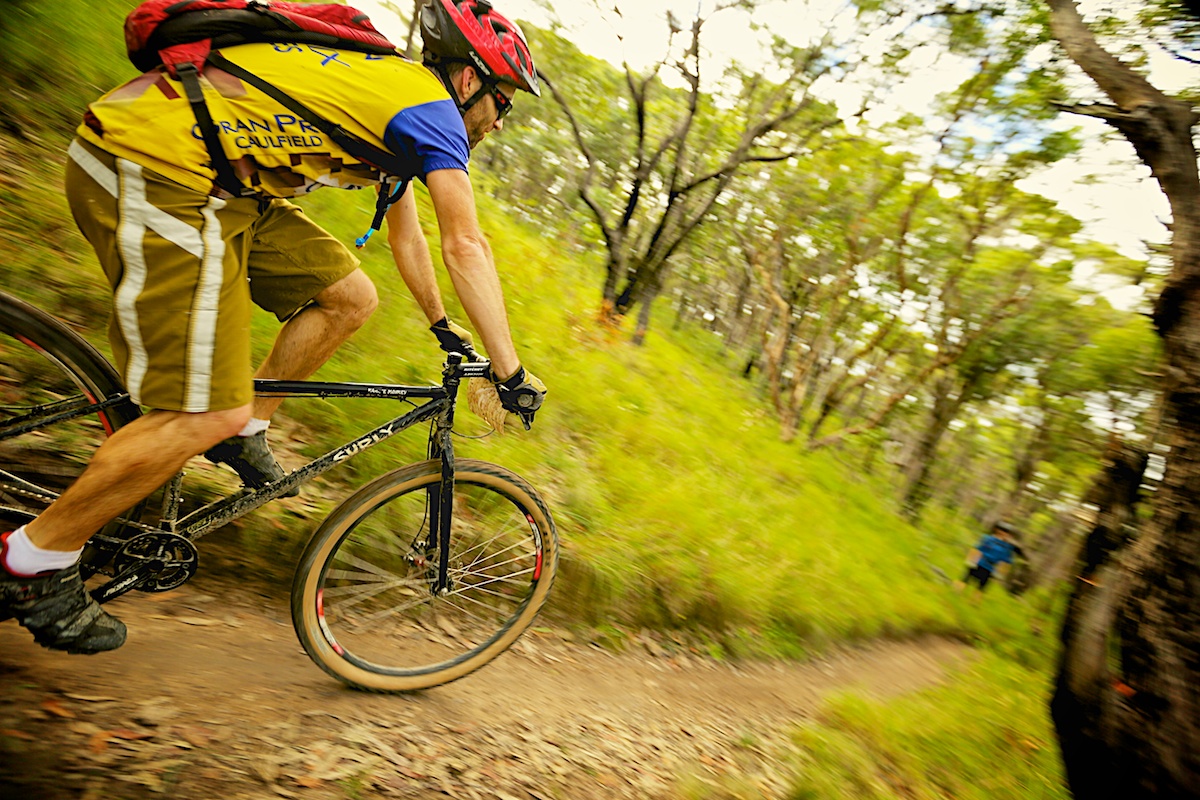 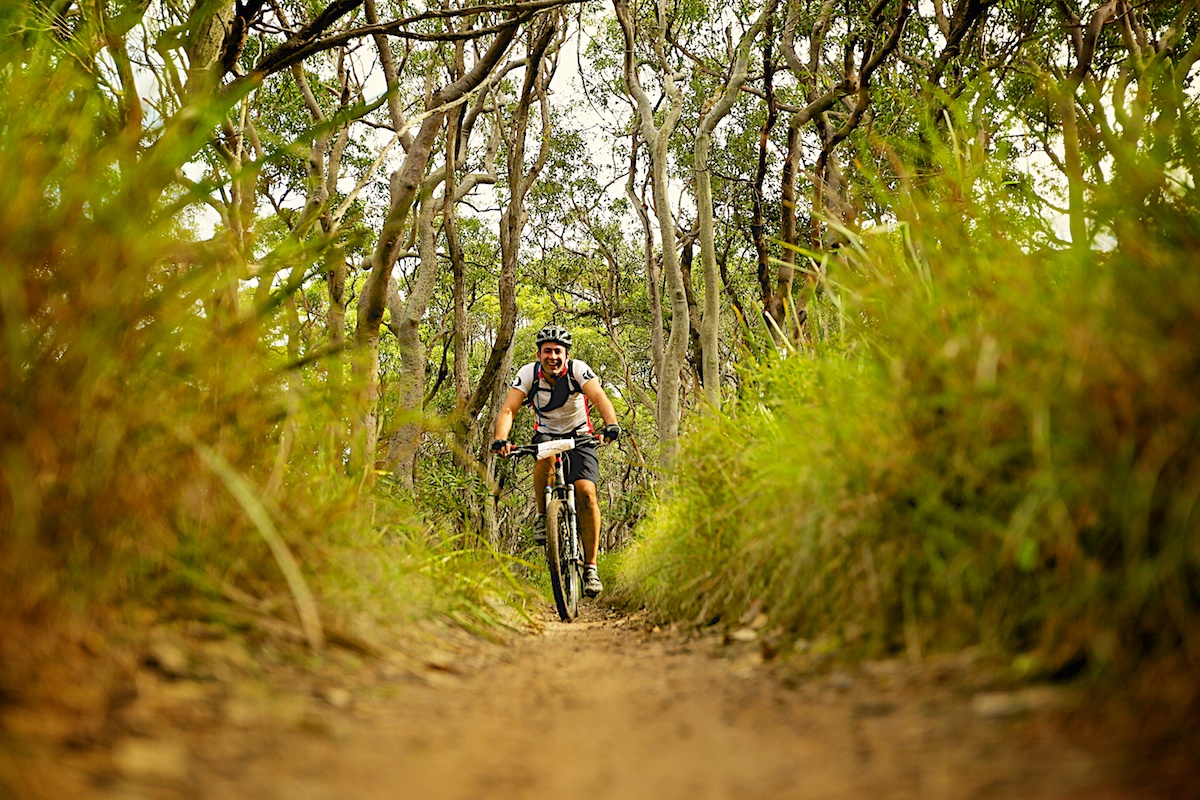 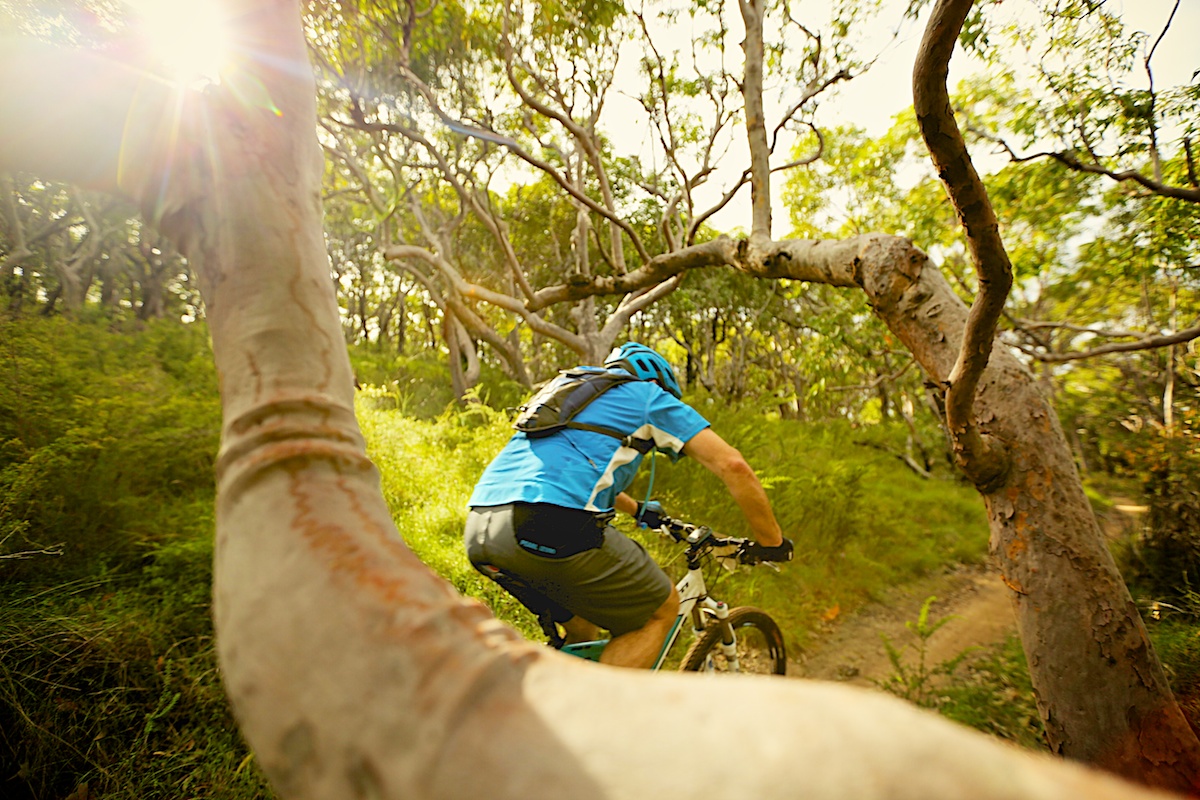 Dean Clarke, the papa smurf of the Torq team, knew that the beach could blow the whole race apart, telling us: “After we recce’d the beach last night, I told the guys: ‘I don’t care if it means you have to become Olympic sprinters, you must leave the beach together with Chris (Hamilton)’.”

Swell/Specialized’s Shaun Lewis and Andy Blair had the same idea. “We knew the beach was going to be really decisive,” said Lewis. “We hit the beach together and had a really good ride along it, only having to stop once or twice, and at the run off the beach it was Chris and I together, with Andy about 30 metres back. I backed off and waited for Andy, then with the two of us together we were able to mow Chris down pretty easily.” For Lewis, who hasn’t had a race to remember, it was a satisfying feeling, being there for his teammate at the crux moment and ensuring the race didn’t become a one-on-one dogfight. 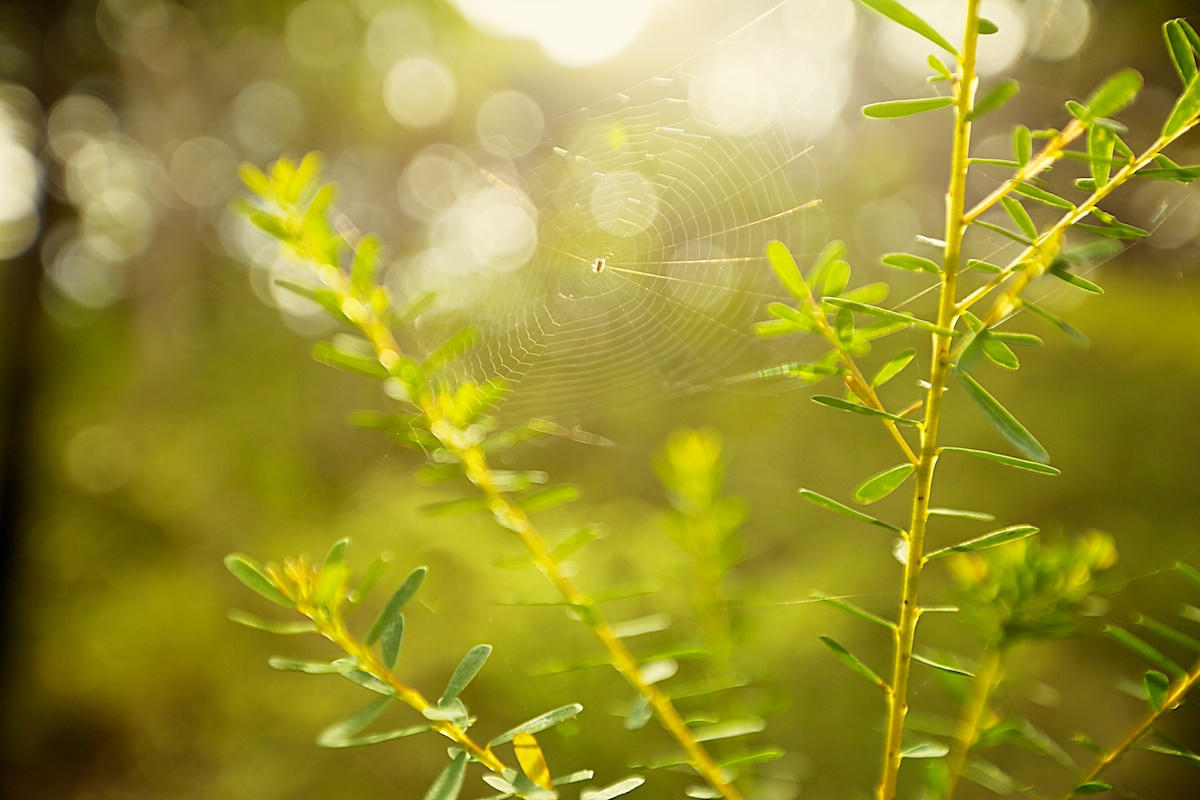 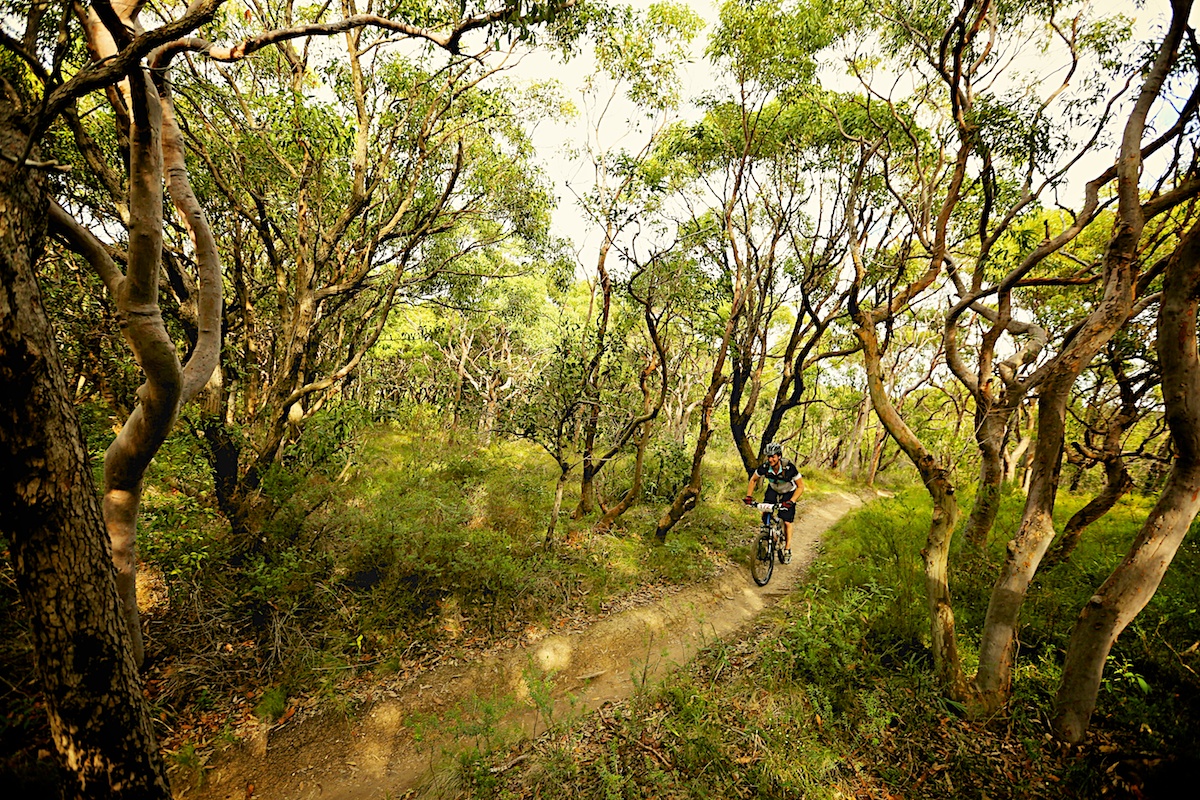 Isolated and outnumbered, Hamilton showed real grit, hanging on through Blair and Lewis’s one-two attacks and surviving until the Torq team reeled the trio back in just for the Glenrock singletrack. “Hamo really lit it up in singletrack, it was really exciting,” said Lewis, but with the only a few kay remaining and no real climbs for Hamilton to use his feathery frame to his advantage, the race ultimately came down to a sprint finish. “Unfortunately the day just wasn’t hard enough or long enough for me to do any damage,” said a content Hamilton, “with so much bike track, I just couldn’t get a gap.”

Andy Blair is a veteran of this kind of racing, and his experience and diligence once again proved crucial, ultimately securing him both the stage win and the overall Port to Port MTB title. “With so many tricky elements on the run-in to the finish, the recce I did last night really helped,” explained Blair. “The plan was to lead Shaun out, but it was so hectic and that’s not the way it panned out. I really owe the win to him, he rode so hard on the beach to ensure he was there when we left the sand so we could isolate Chris and put the Torq guys on the back foot.”

In the Elite women’s race it really was the Jenny Fay show once again. It’s no secret that Fay is the queen of marathon mountain biking in Australia at the moment. She benchmarks her performance against the Elite men as much as she does against her fellow female competitors, and even though the early parts of her stage today didn’t go as smoothly as planned, she still powered to the stage win and overall victory. 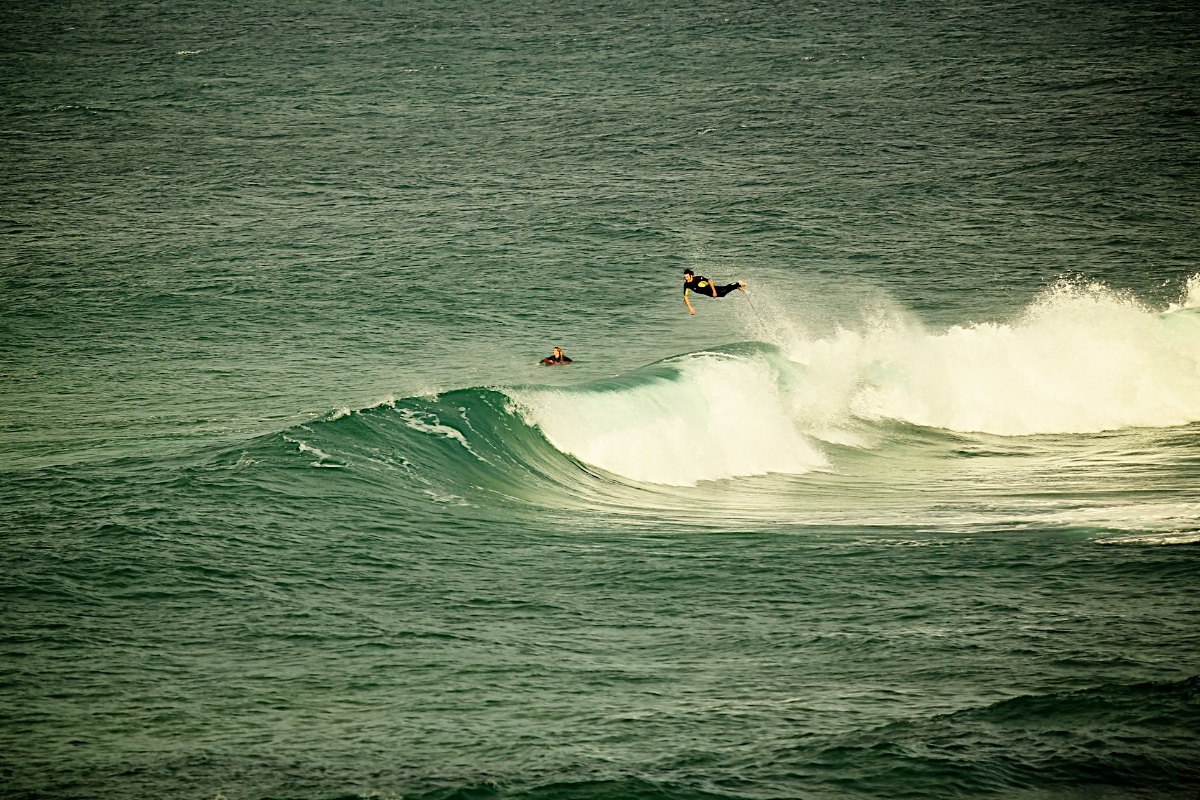 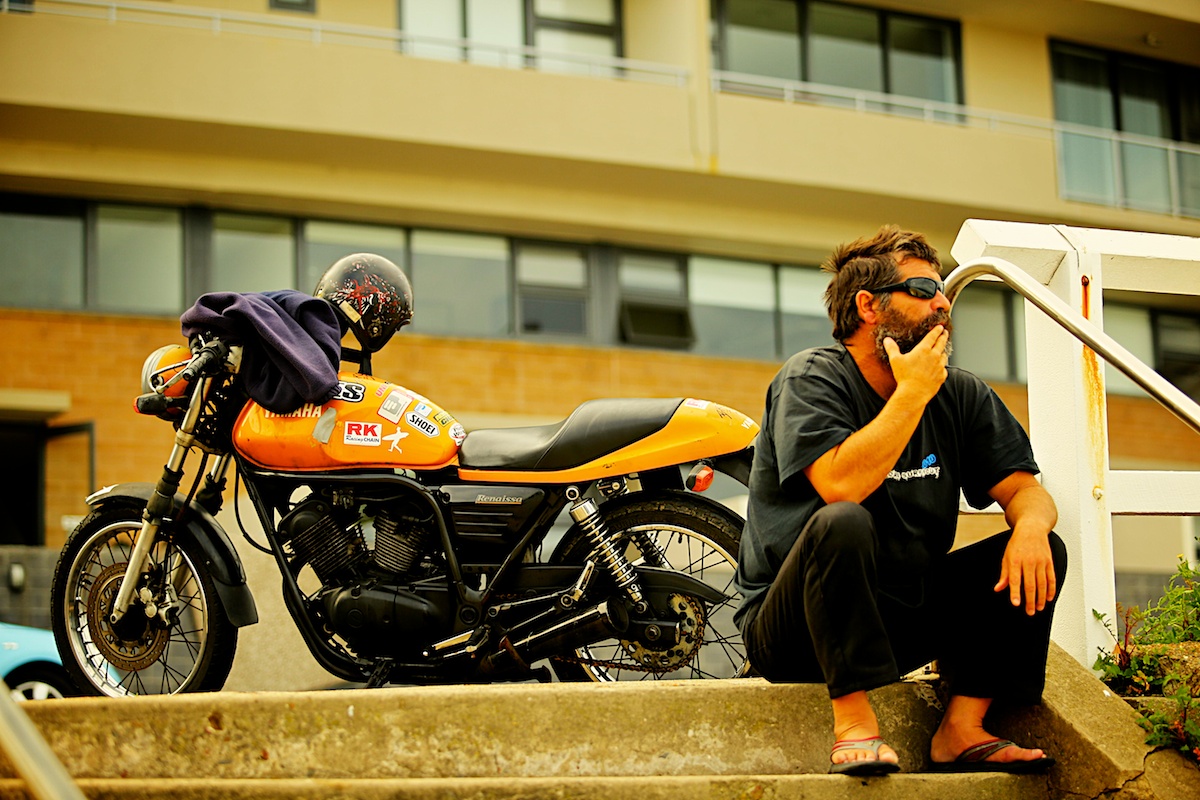 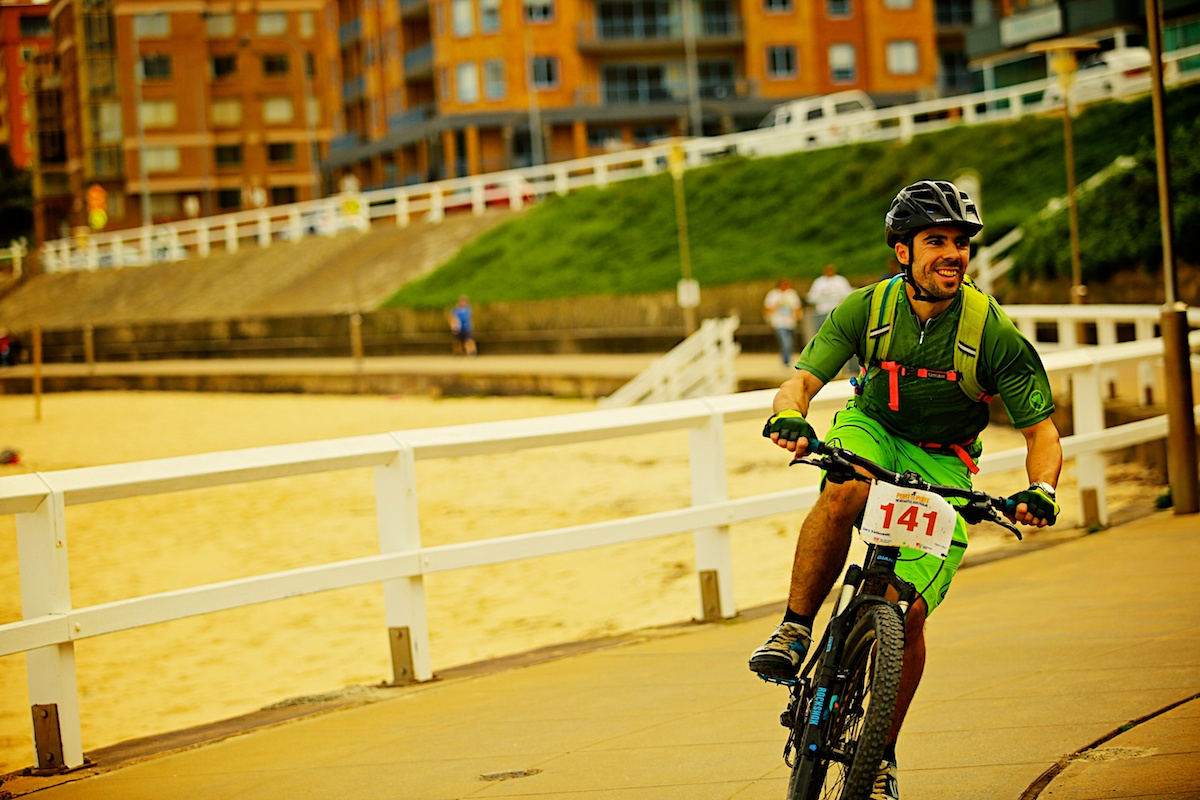 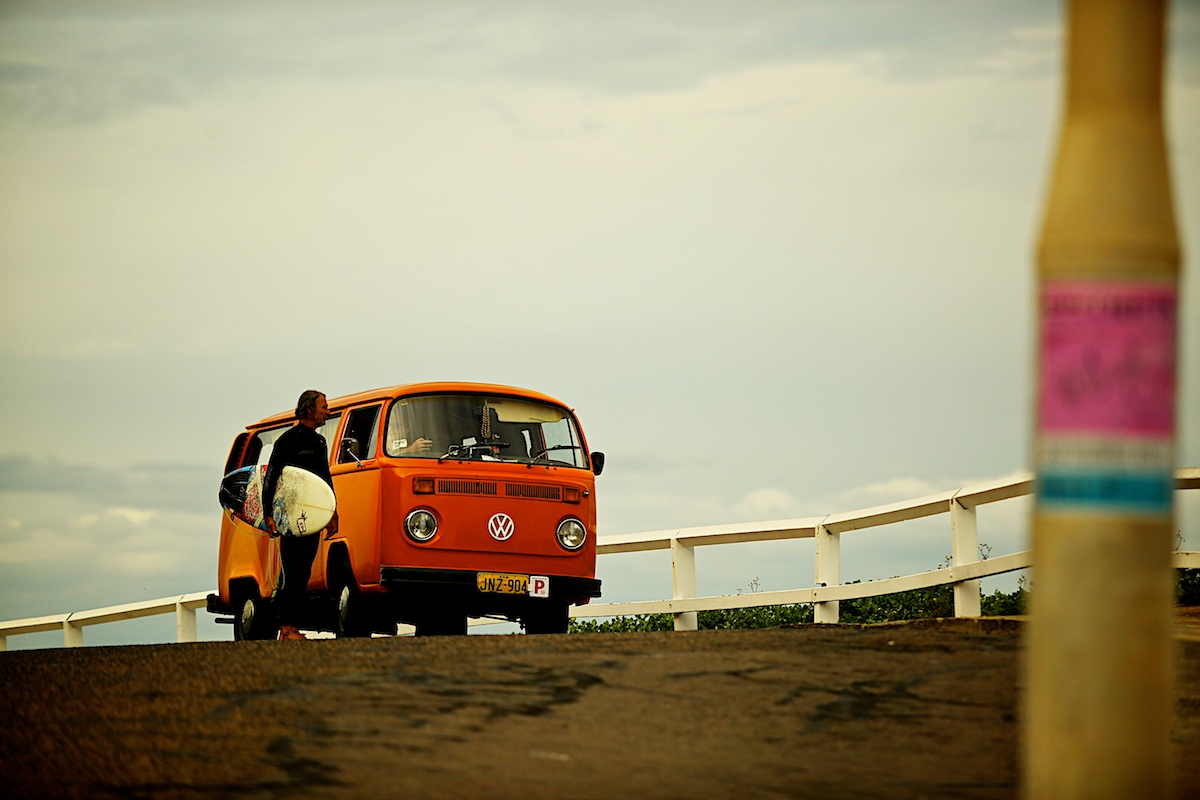 Torq’s Em Parkes displayed incredible consistency for a young rider, taking second position for the third time this event, and locking in the same position overall. After turning it on yesterday, MarathonMTB’s Imogen Smith couldn’t find the legs for silver, taking out third for the stage and the race.

For the riders counting the hours not the seconds, today’s stage was a great way to wrap up four amazing days; the blast through Glenrock’s buff trails was capped off by a run along the coast and right into the gateway to the port of Newcastle at Nobbys Beach. With the sun refusing to be masked by clouds that held off just long enough, riders stretched out on the grass while pelicans soared above. Countless times we saw riders shake their head and remark how long ago the race start felt; in just four days, a lot of ground was covered, a lot of limits were pushed, friendships (and rivalries) were formed, and all kinds of personal challenges were overcome.

Stage racing is a real adventure, it’s a completely different way to experience mountain biking, and that’s why we love it. As a first year event, Port to Port MTB was a huge success. Undoubtedly there’ll be some refinements next year, some new trails (maybe less beach), and certainly there’ll be more riders. Whatever happens, we’ll be on the start line again in 2015. See you at Port Stephens next year. 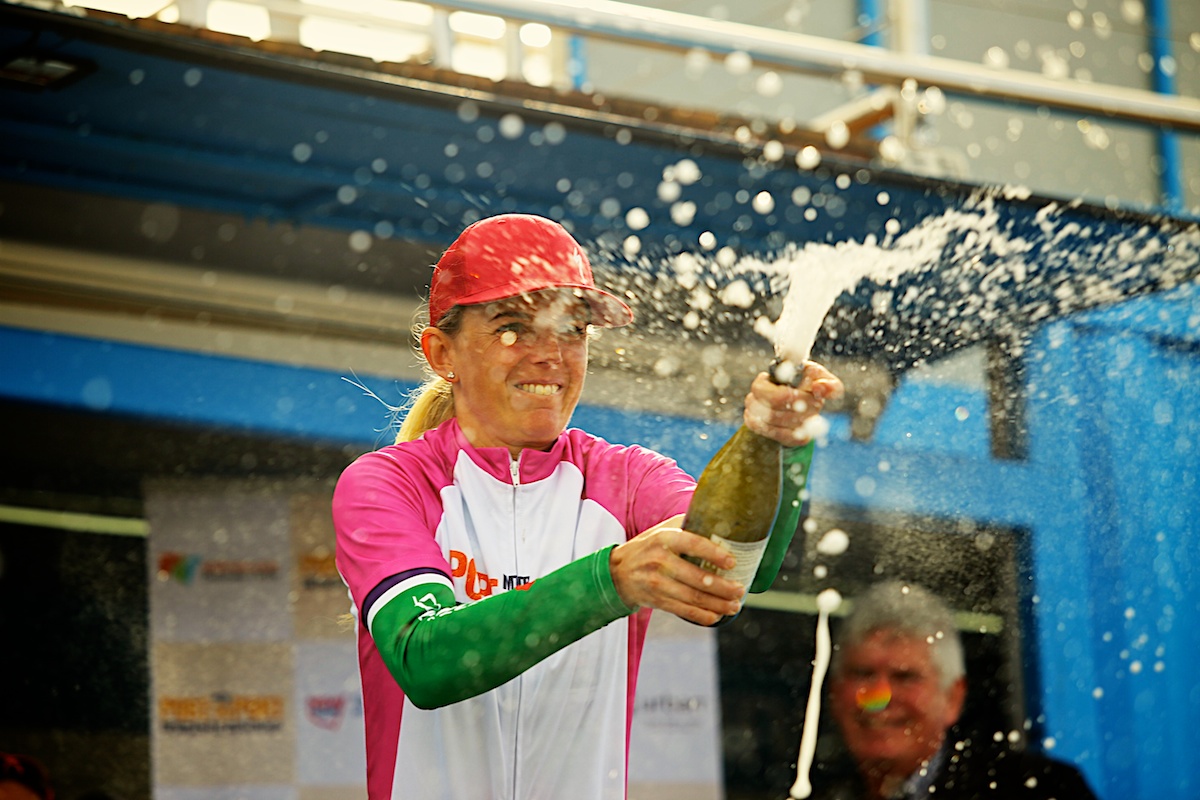