Sapphire waters and sky so blue it looked painted on greeted riders today for day one of the Port to Port MTB stage race, kicking off at Port Stephens on the NSW mid-north coast. Pelicans, dolphins, retirees and over 200 nervous, pumped up riders – it was one hell of a scene, with the race beginning right on the beach at Nelson Bay marina. 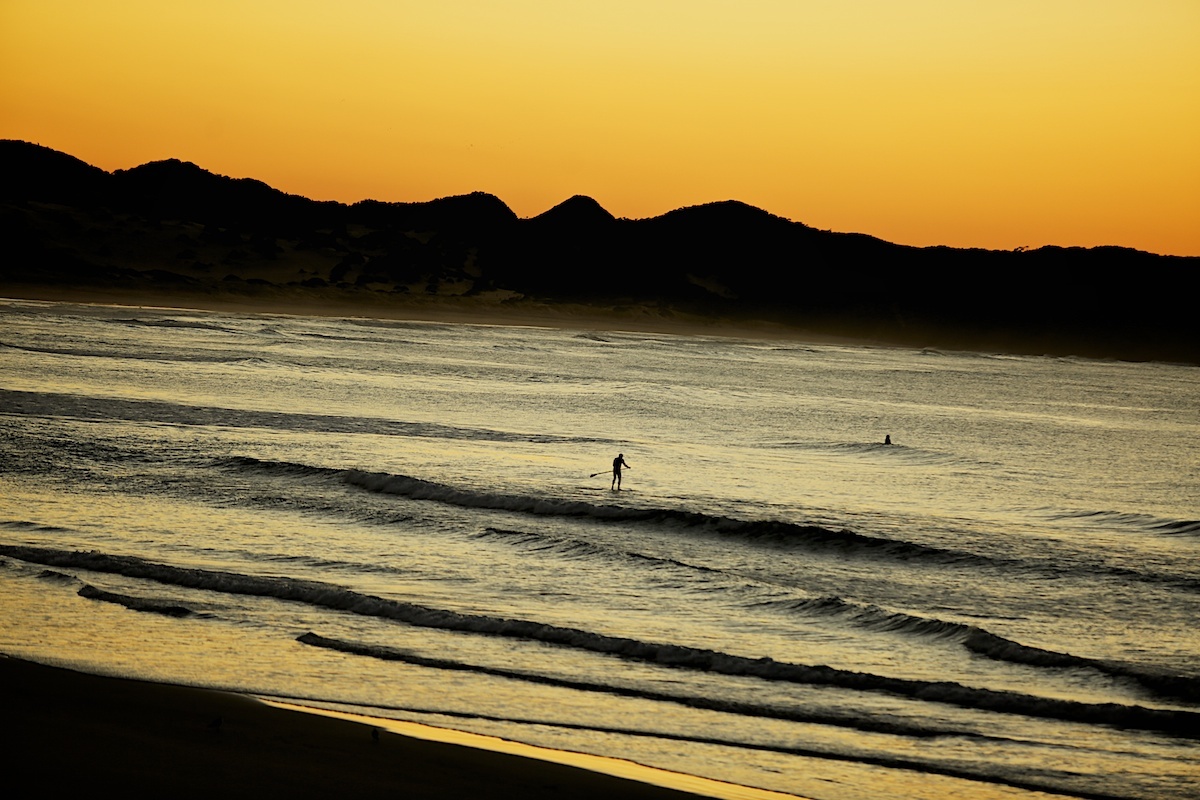 “If you’ve spent much time in the area, you’ll be aware that most of NSW’s sand has been relocated to Port Stephens,” quipped course director Rohin Adams at the rider briefing. He was only exaggerating a little – despite being the race’s shortest stage at 38km, the sand made it a gritty affair, both in the metaphorical and literal sense. 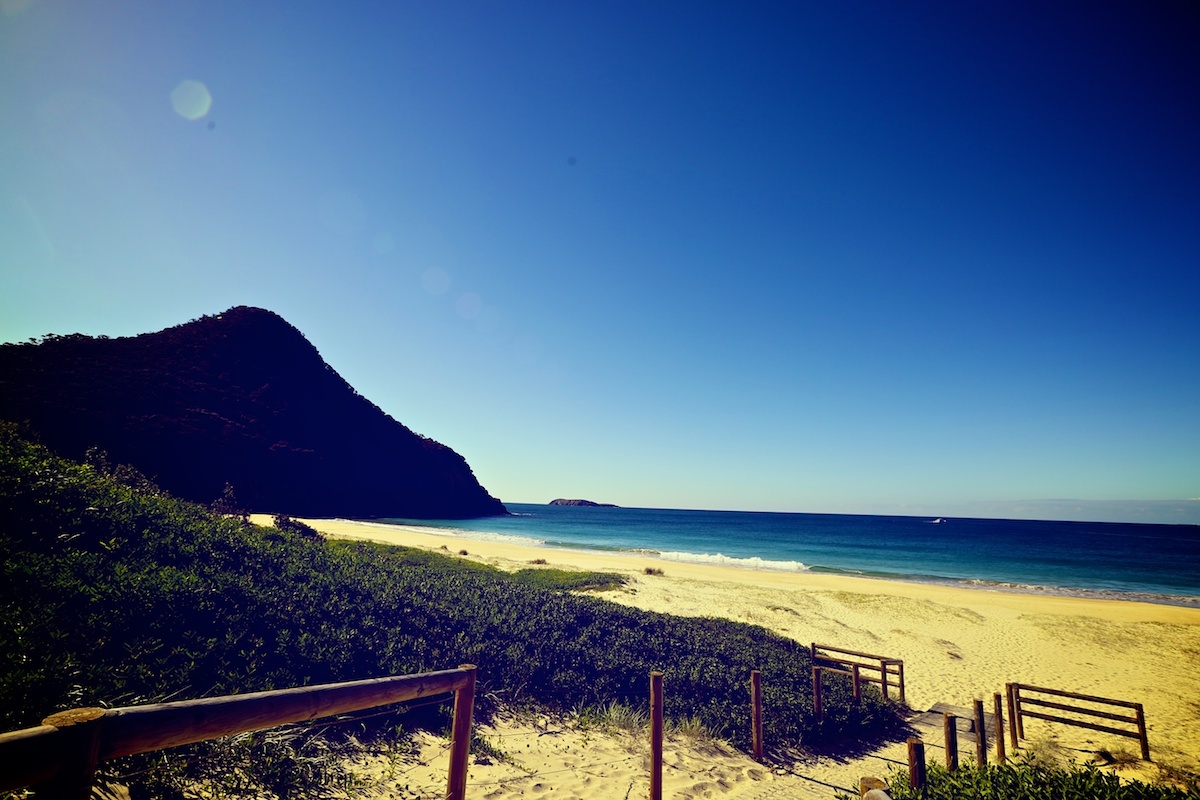 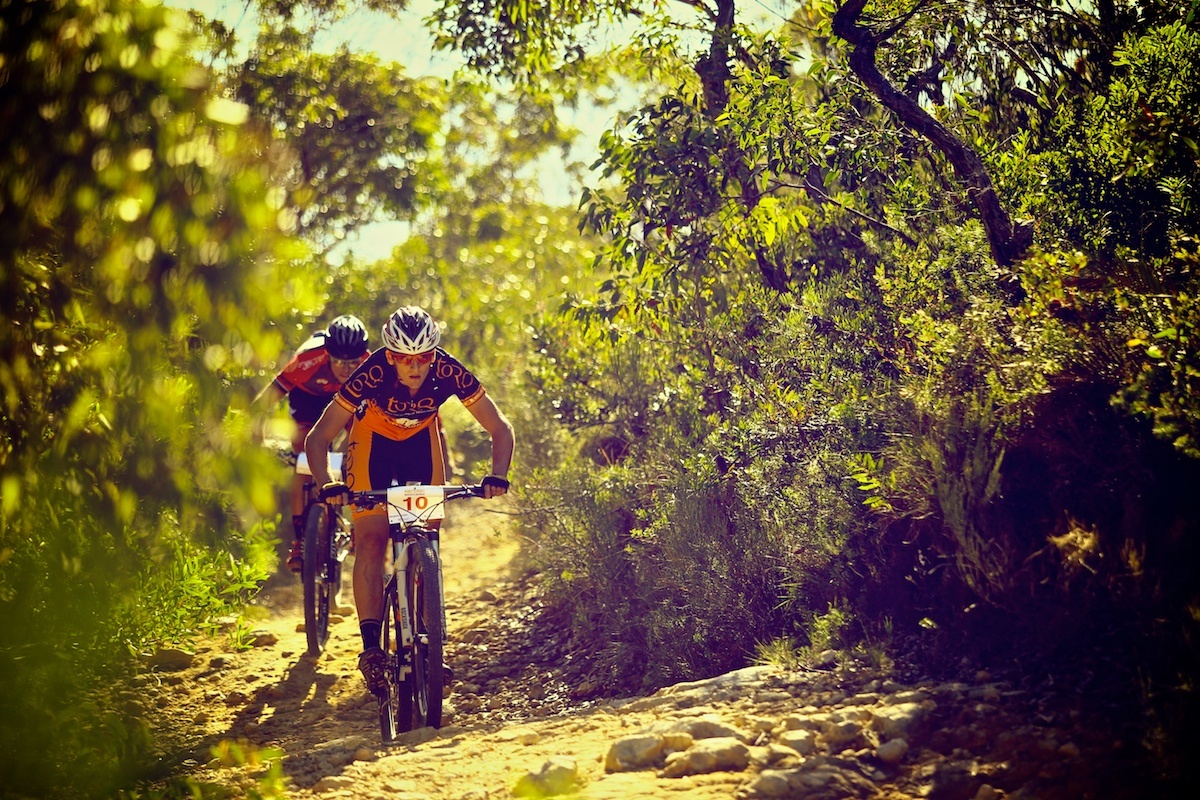 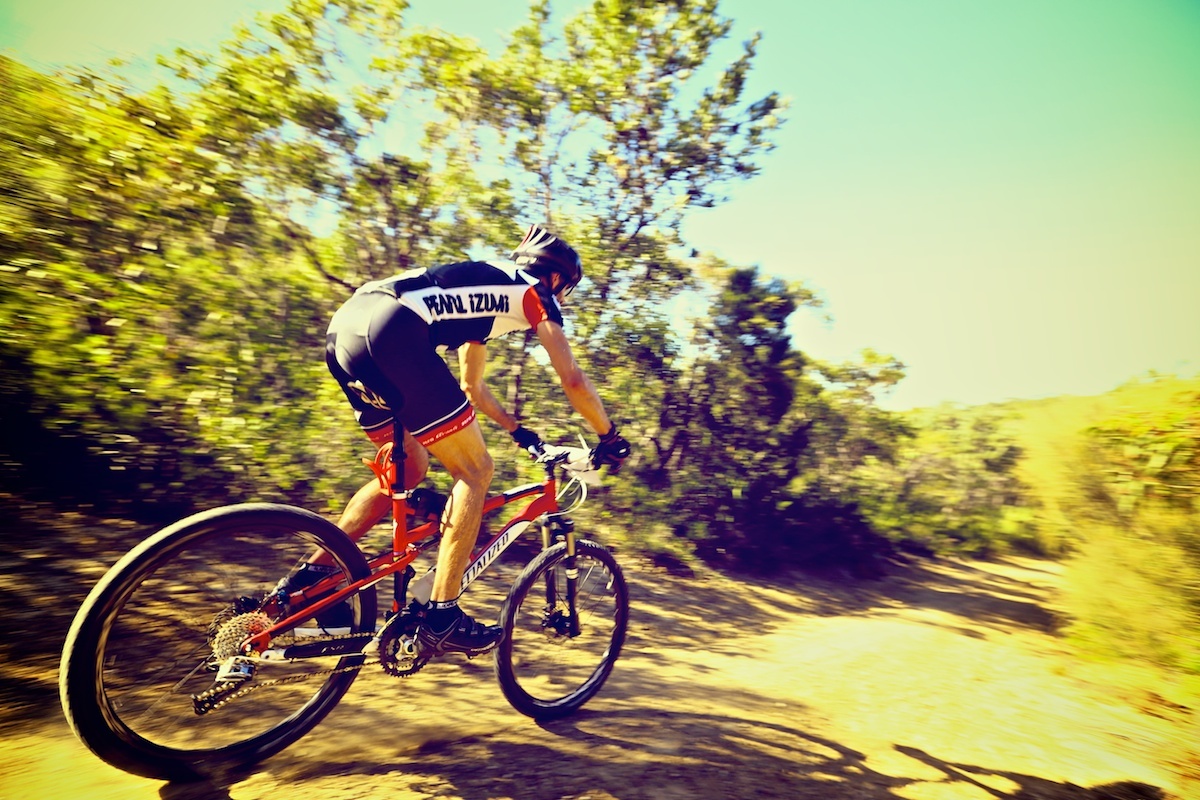 The race start may have been a theoretically neutral affair, rolling through the streets of Port Stephens, but the pace was intense, with a healthy contingent of riders in Torq colours driving the pace. It didn’t take long to ascertain the flavour of what this course had in store, with loose, sandy pinches up over Tomaree headland quickly sorting out who had brushed up on their sand-skills.

At the pointy end, race favourite Andy Blair and Torq’s Chris Hamilton broke away, but when they hit the cripplingly steep ‘Vertical Beach’ section – a wall of sand that was un-rideably steep and loose – Blair made his move. “I just like running in sand dunes,” laughed Blair. “I’ve always done well when there’s been a hike a bike, for instance the beach at Cape to Cape. I’m a little bigger than Chris, so I thought I could get away, and when I got over the top with a decent gap, I was able to stay away.” 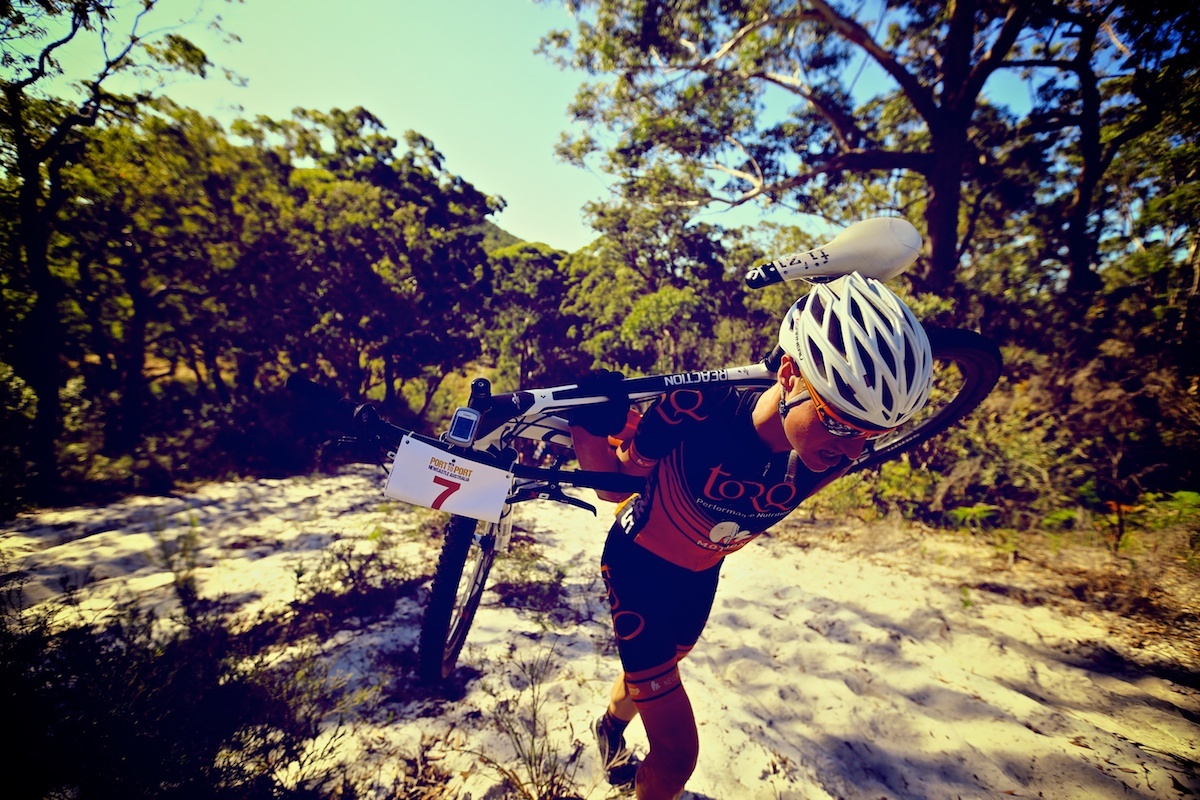 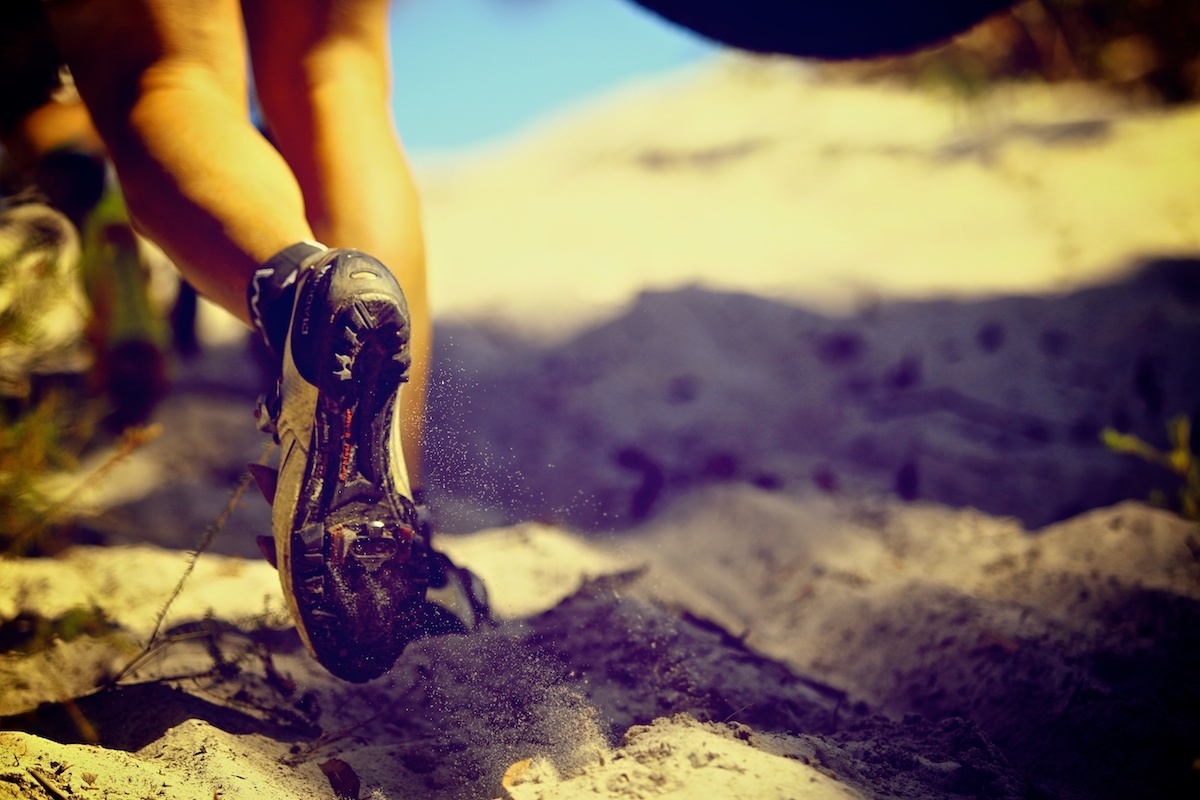 While a sandy course is always going to be contentious simply because it’s so hard to ride well, it made for awesome racing. The constant battle of trying to make passing moves when your wheels are choosing their own path, or trying to skip between the firmer patches of trail and avoid the ruts made what could have been a straightforward race into a real challenge. “This is not the kind of stuff you’d normally go out to ride, but that’s what mountain bike racing is about – putting yourself up against trails and situations that aren’t familiar,” said Brisbane’s Pat Campbell in his first stage race.

Elite women’s winner Jenny Fay summed up the excitement of today’s stage brilliantly: “It was all about making split second decisions today, trying to pick your line, trying to work out if you hold a wheel or jump out and grab a different line.” 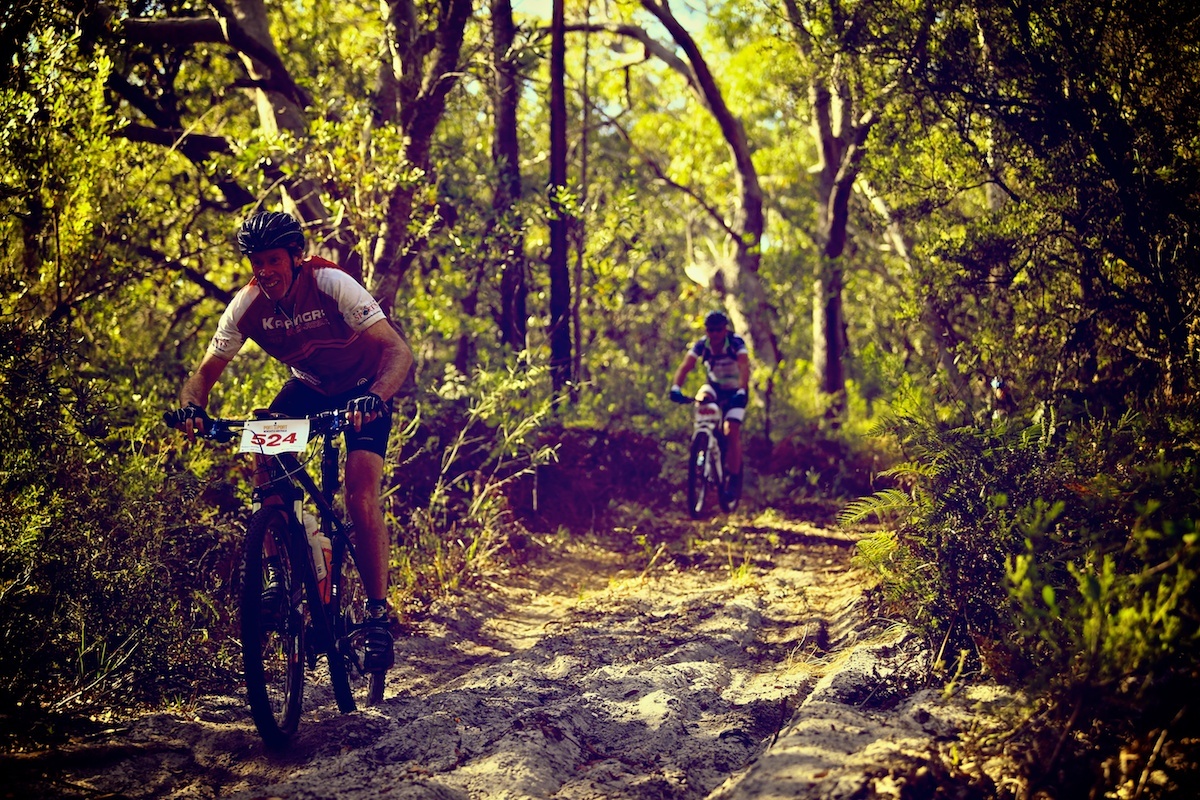 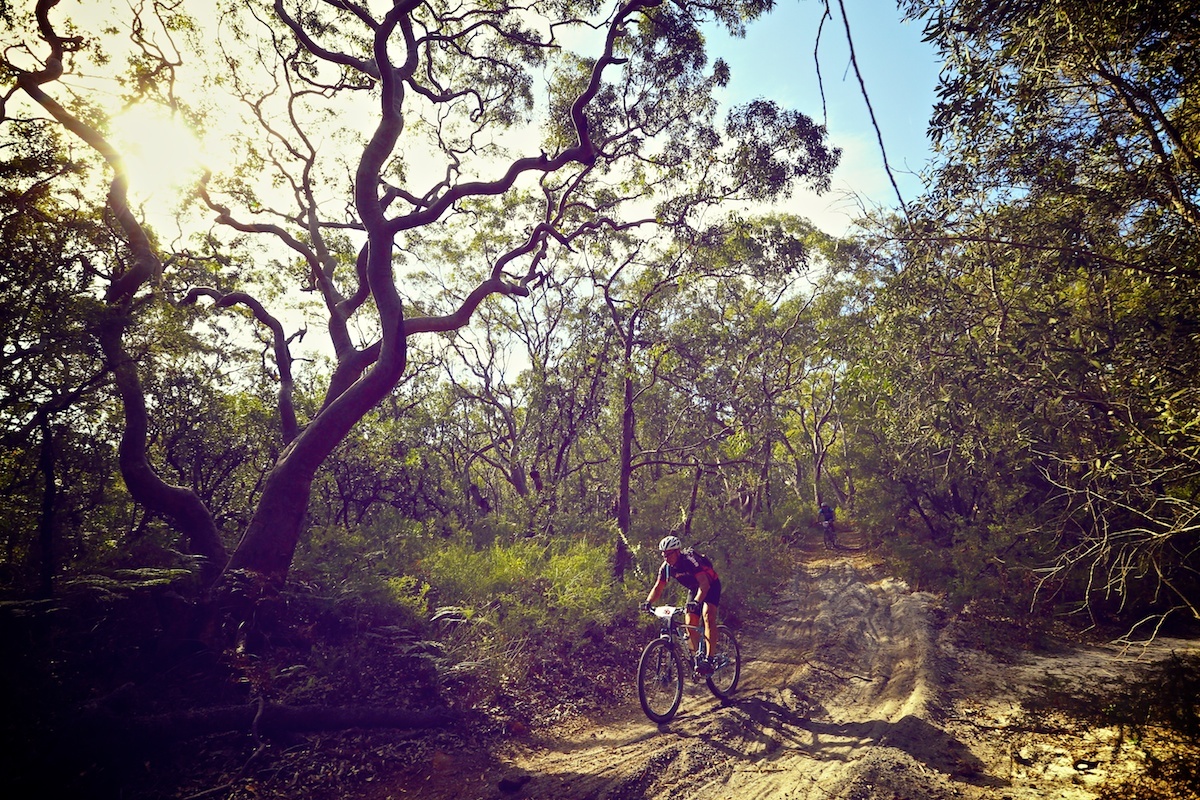 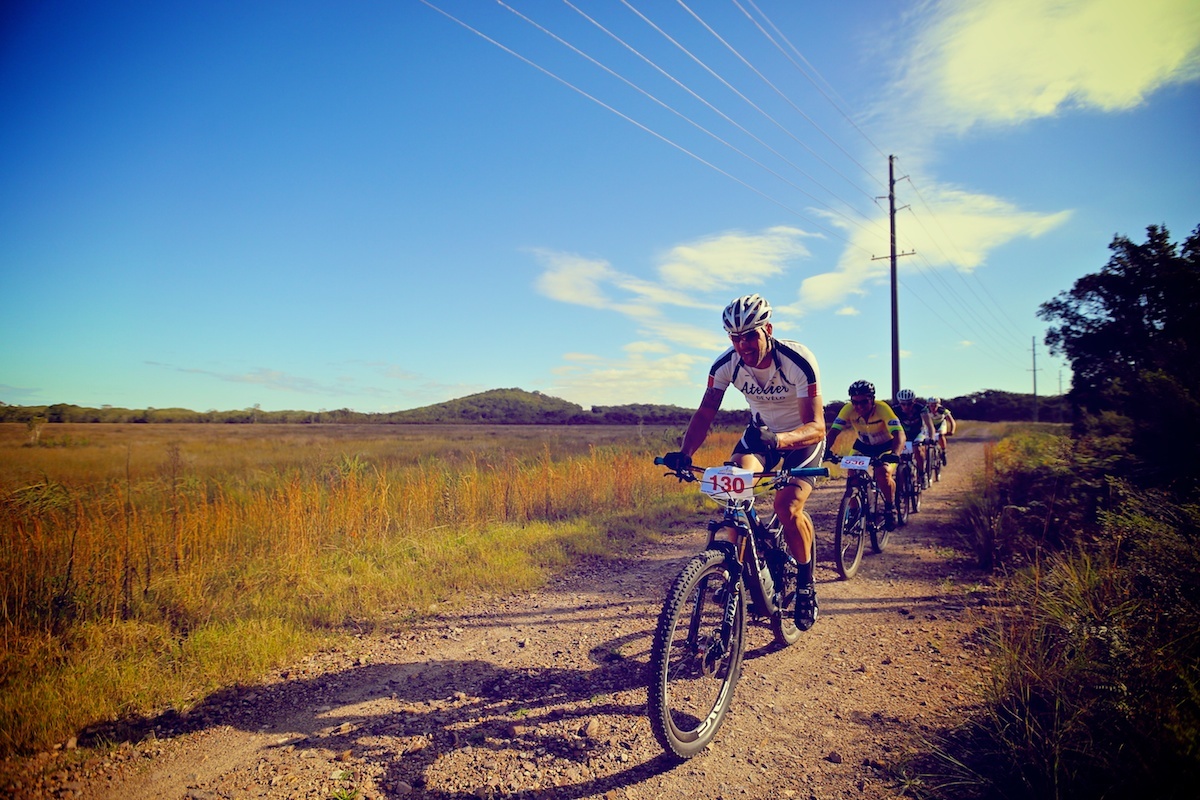 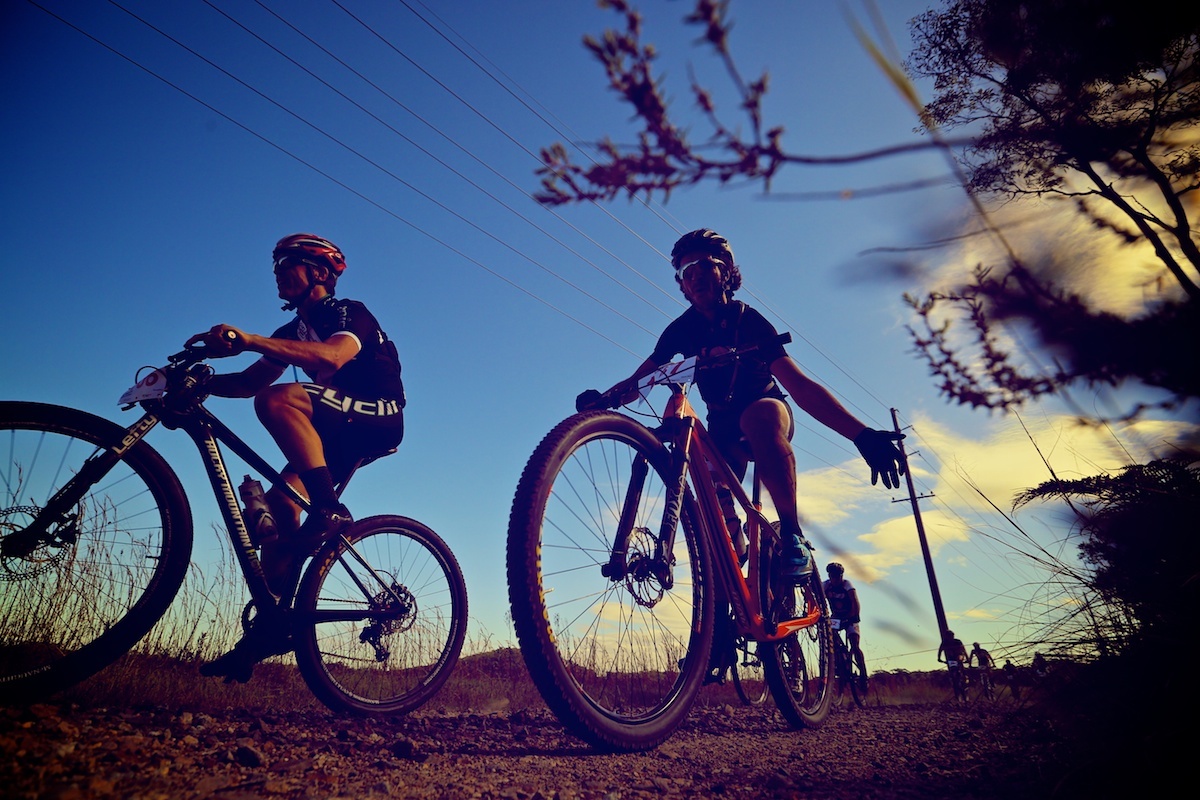 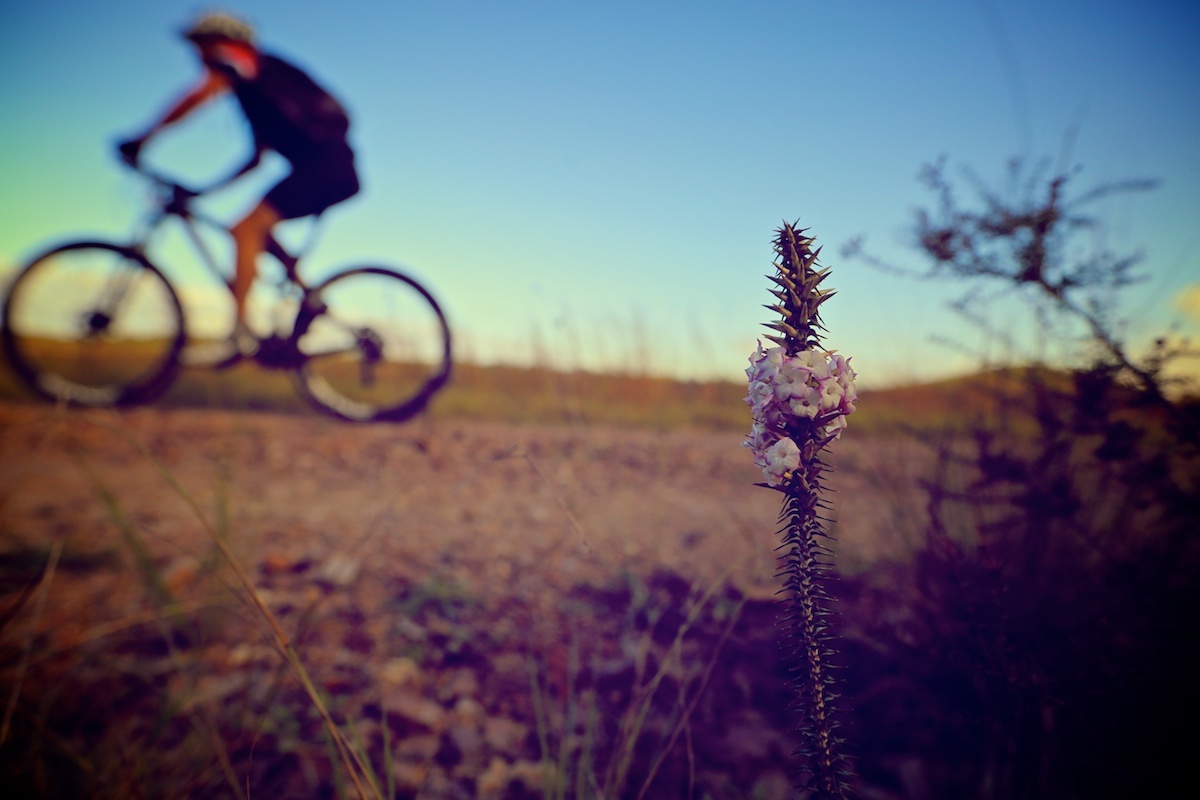 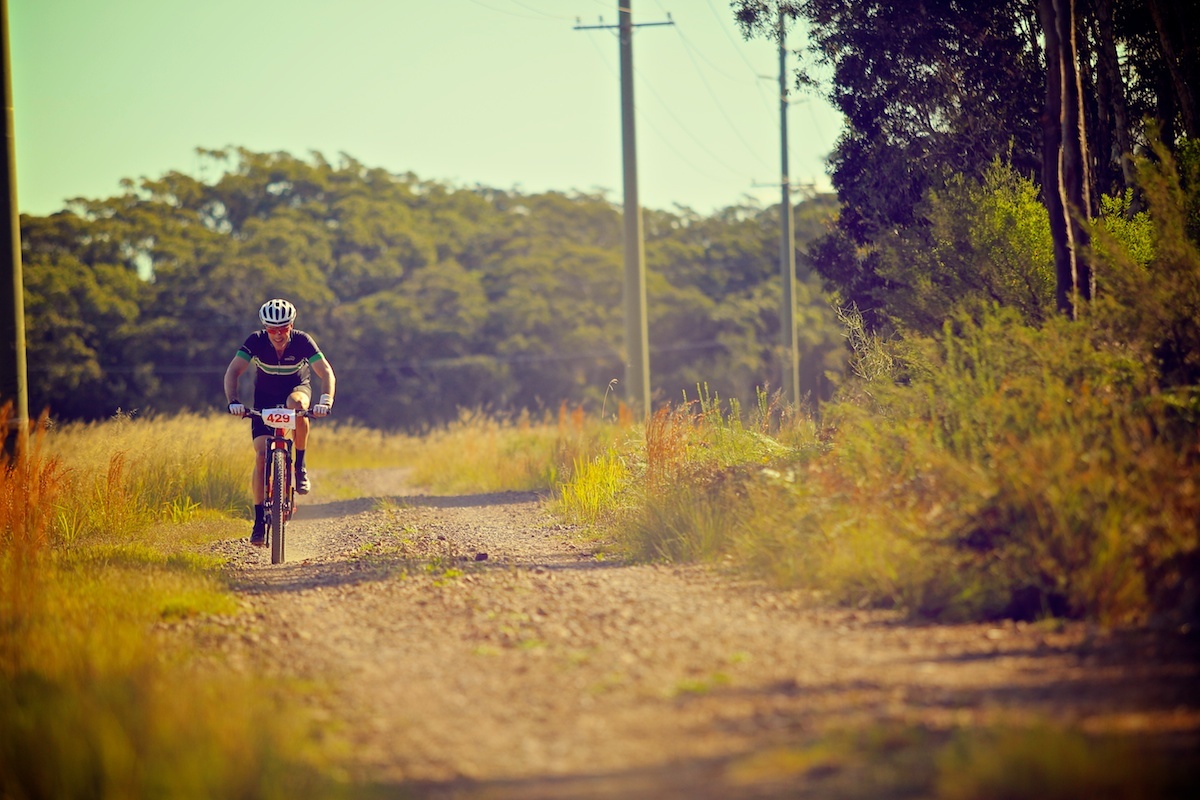 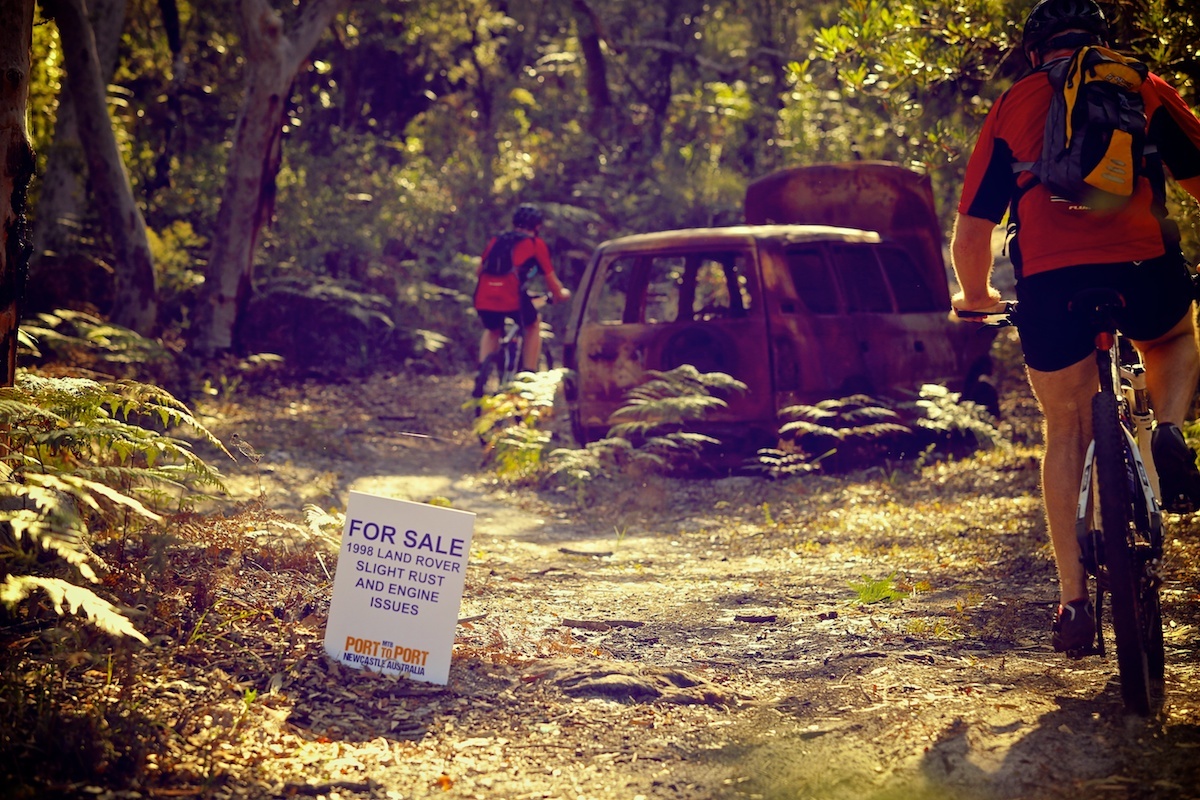 The conditions and a bit of luck all worked in Blair’s favour today: “On a stage like today, when it’s sandy, groups don’t really form – it’s not like a hardpack stage – so the ability of teams of riders to work together is neutralised a bit,” explained Blair. What could have been a nightmare mechanical also turned out to be a blessing. “I was running bigger tyres, 2.3” Renegades, at lower pressures than usual for the sand, and I actually burped a lot of air on one of the water bars at the start of the stage, said Blair. Rather than stopping to inflate it, Blair decided to push on. “It turned out to be a bit of an advantage, the lower pressure definitely squirmed around when I hit the road at the end, but it floated on the sand and really helped.” When he checked the pressure at the end of the stage, it was on just 13psi!

With a three-minute lead after stage one, Blair’s job on tomorrow’s monstrously hilly 57km stage is to mark Chris Hamilton closely. Can the big Torq contingent work together to neutralise Blair? We’ll find out in the hills of Pokolbin! 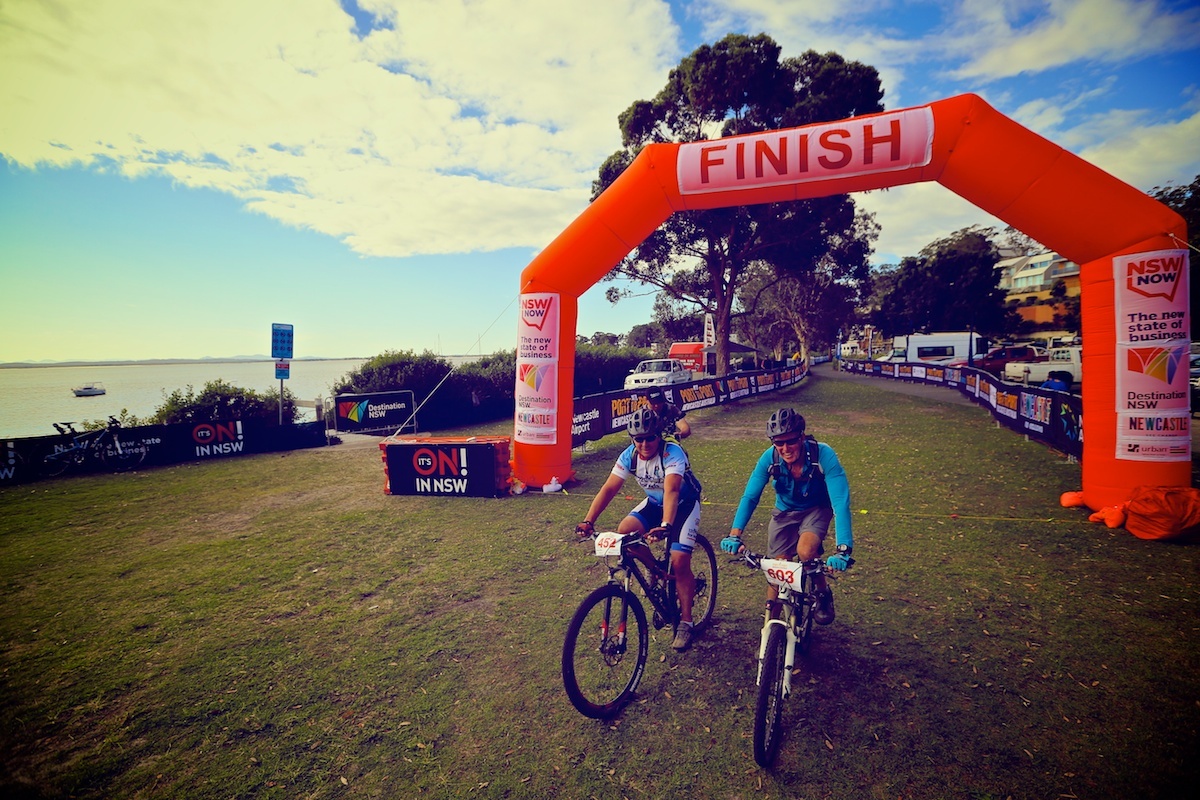