The seventh and final round of the 2014 UCI Mountain Bike World Cup wrapped up the overall series in Meribel, France this weekend after a fierce weekend of racing where Australia’s top riders featured heavily on the round and series podiums.

On a very fast and rocky track that descended 550m in 2100m length, it was Sam Hill (Chain Reaction Cycles.com/Nukeproof) who shone on the weekend, winning the round and proving to the world that he is back to his best.

Following close behind was Adelaide-born Troy Brosnan (Specialized Racing DH), who rounded out a stellar 2014 by recording a career-best Word Cup Series performance of third overall, one point in front of friend and former teammate Hill.

Brosnan took the podium in five of the seven World Cup races on the way to his third place, winning in Fort William, UK and recording a third place in Leogang, Austria and Windham, USA.

In the women’s downhill, Australia’s Tracey Hannah (Hutchinson UR) finished fourth after an exciting World Cup season, which included podium places in five of the seven races, as well as winning the Canadian Open DH at Crankworx this year.

In the overall rankings, it was Manon Carpenter (Madison Saracen Factory Team) who held on for the win.

Molloy recorded five wins from the seven races, riding to her best finish in the Series in Canada to finish 11th in the Elite field with a time of 5:32.750, an exceptional result from the young NSW rider.

McConnell had a best finish of 3rd place in Mont-Saint-Anne in Canada and only narrowly missed out on making the podium in the last round, coming in at sixth place. 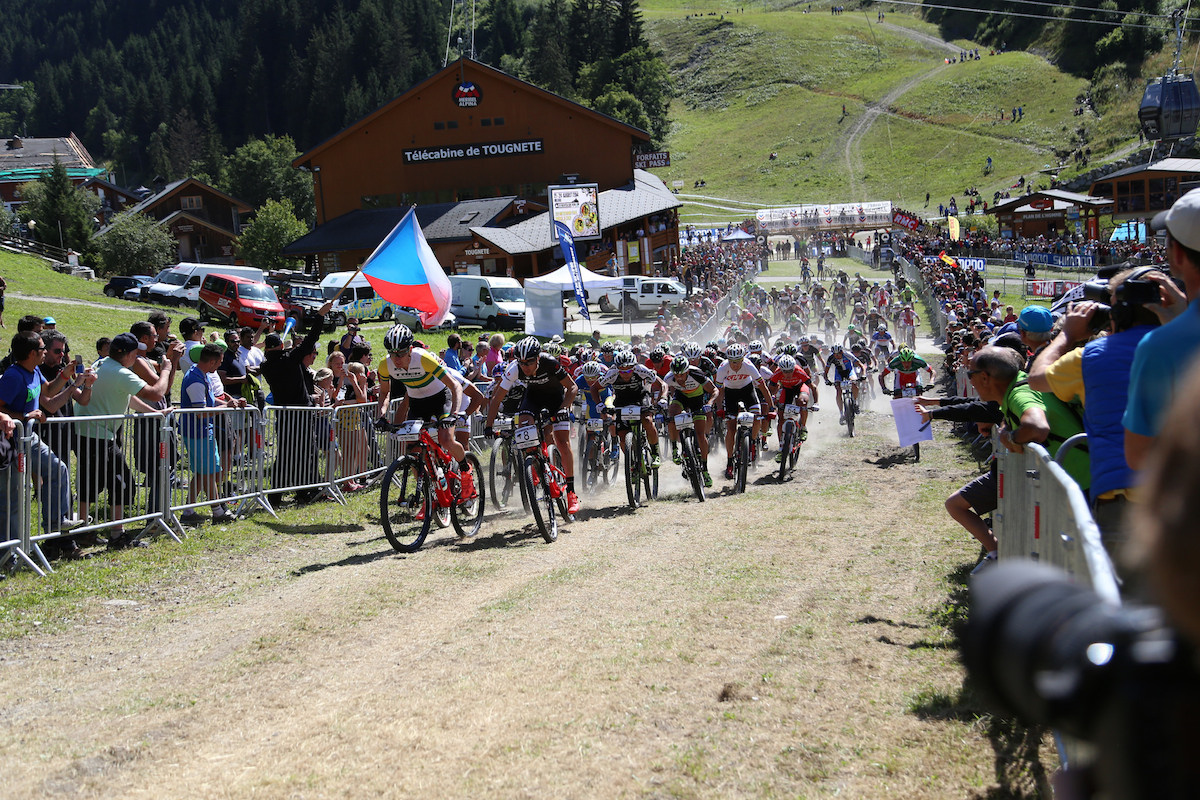 In the Under 23 men, Australia’s Cam Ivory placed 22nd overall in a series including some challenges, a great result.

Australia’s Bec Henderson (Trek Factory Racing) had her debut year at Elite level and had an excellent year to finish inside the top 20. The highlight of her World Cup year was on home soil during the third round in Cairns, crossing the line in 10th place.

Starting on the Friday, and kicking off the final round of races in Meribel, was the Cross Country Eliminator, a 725m course that saw riders taking a gondola to the start line.

In the men’s overall standings, it was Australia’s Paul Van der Ploeg, the reigning World Champion, who would shine with a fourth place in the overall series.

Van der Ploeg had a solid World Cup season, medalling in each of the first three rounds and making the podium in four.

The trials UCI World Cup Series is currently at the midpoint, and Australia’s Janine Jungfels took the honours with an outstanding win in Meribel, taking the honours in the third round of the five race series.

The mountain bike world’s attention now switches to the World Championships, which starts in Norway on September 2nd.