“The conditions out there were unbelievable. I have never run out of brake pads before in a race and halfway through this race I was slipping and sliding all over the place. It was a balance between trying to push the limit, push the boundary, push the tyres and see what you can do to keep this gap whilst trying to stay upright.” 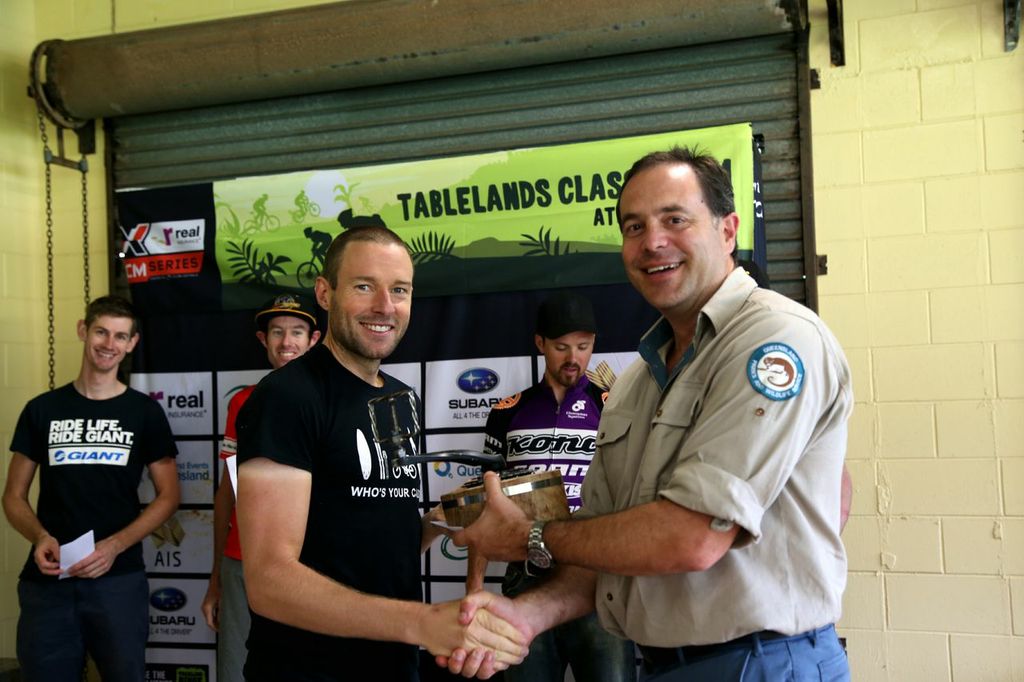 In the elite women’s race, Fay built on a dominant lead after Australian Marathon Champion Melissa Anset (VIC) suffered a flat tyre on the first lap. Sarah Riley (VIC) claimed second place with Anset recovering to round out the podium. The result leaves the Irish and Australian XCM champions with two wins each as the final round in the series approaches.

“I’m doing the European marathon champs in Ireland in June so this was a good test to see how I rolled over mud. I just need to change my tyres but other than that there is nothing much you can do. It’s just about being smooth and relaxed and capitalising on the drier sections when you can and keeping it conservative in the muddy sections.” 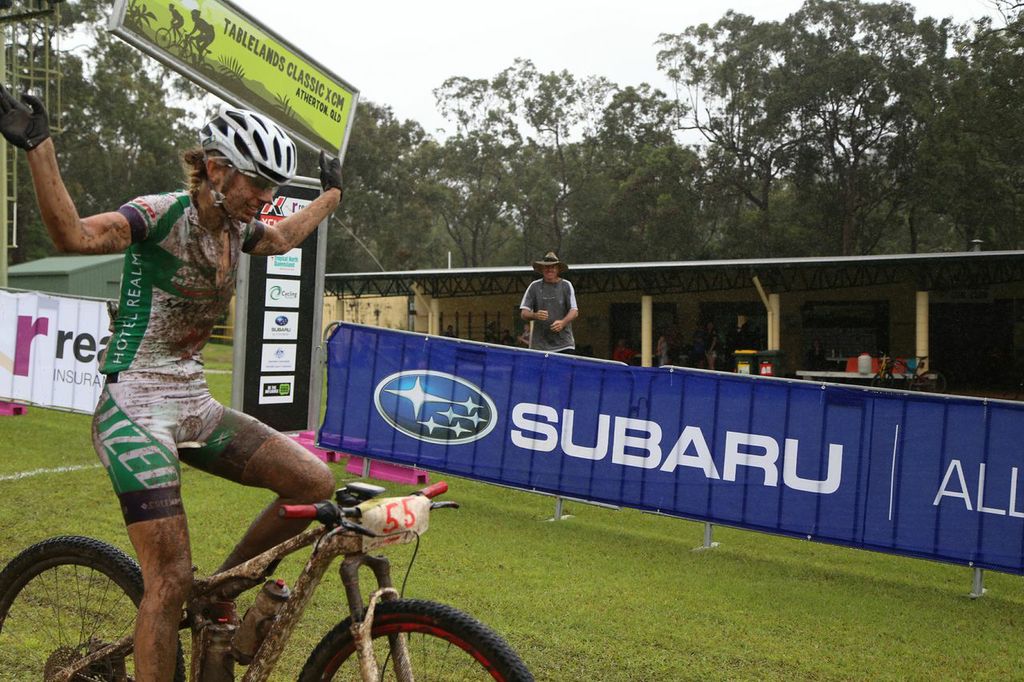 The Tablelands Classic is just the start of an action packed long weekend of mountain biking in Far North Queensland, with the downhill qualifying and cross country eliminator finals kicking off the racing at the UCI Mountain Bike World Cup at the Smithfield Regional Park near Cairns today.

Not all riders have been as selective this weekend, with today’s podium finishers Riley and Wallace electing to back up today’s race and take on the World Cup Cross Country course in the Smithfield Rainforest this Sunday.

A minute of silence was observed before the Atherton race where over 140 riders took to the course, all wearing commemorative ribbons for ANZAC day.

Some took on the full marathon, racing three laps of the course (66 kilometres), while those completing the half marathon covered 44 kilometres (two laps).

The course delivered plenty of single-track, traverses, bushland, rainforest and grasslands and in better weather conditions picturesque climbs and flowing descents, with the challenging conditions forcing many riders to abandon before the finish.

The Real Insurance series concludes on May 3 with the Convict 100 in St Albans, NSW.