Port to Port MTB has a new course for year five! These big changes see the race visit new locations, with more singletrack, and less travel time between stages, and a new wave-start system will keep the trails flowing and free of congestion.

We’ve been a part of Port to Port MTB since it began and has been a thrill to see this race grow and evolve every year to become the east coast’s premier stage race. With new event owners, Ironman, at the helm, 2018 sees the biggest jump yet for the race. They’ve taken on board feedback from racers and local mountain bikers and implemented some really positive changes while retaining the standout elements that have seen this event become so popular. 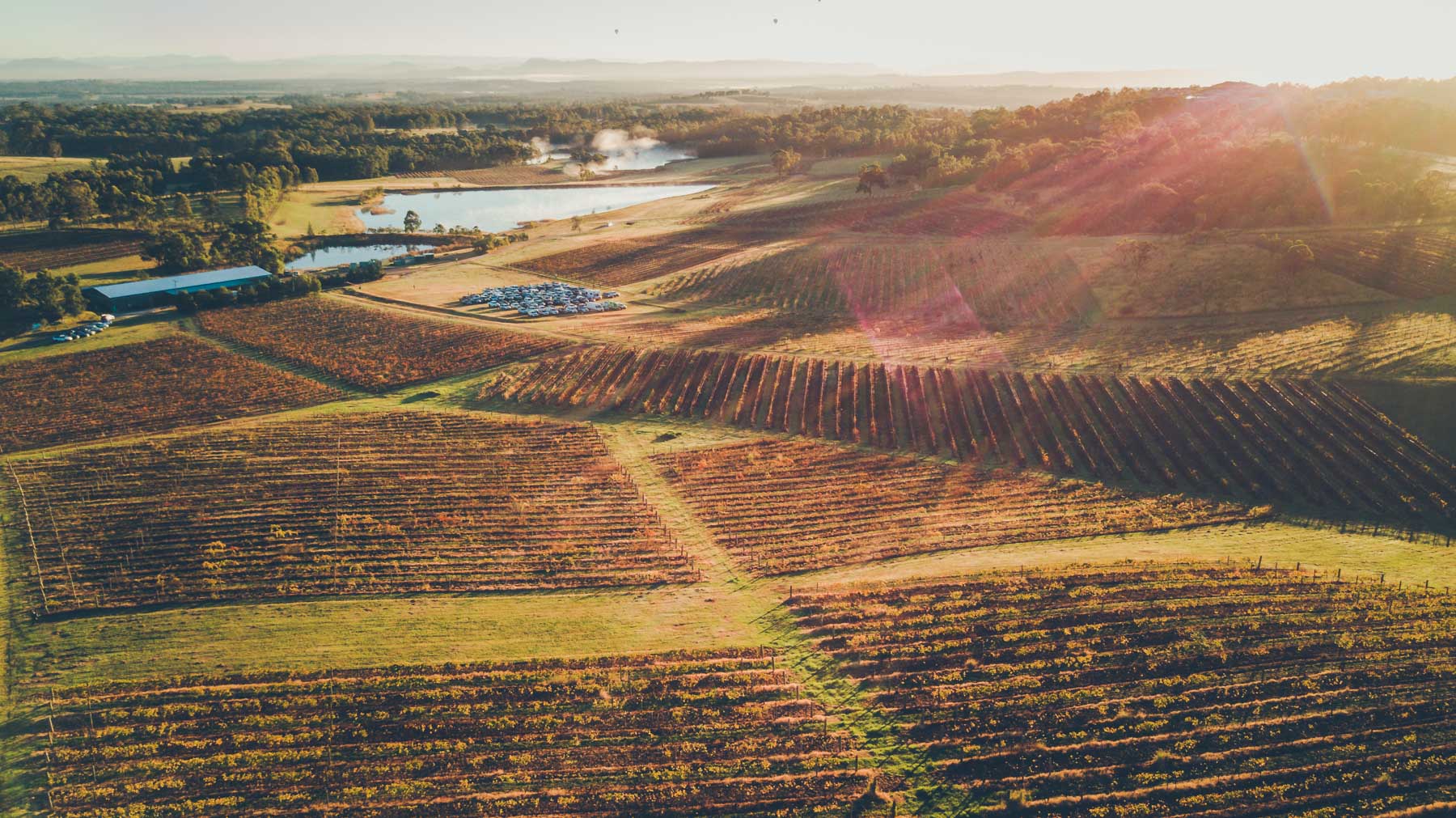 The opening stage has shifted from Port Stephens to the Hunter Valley. While the sandy madness of the Port Stephens stage was always good fun, it was a bit of a geographical outlier, and the change makes the event much more centralised, reducing logistical hassles.

A brand new stage has been added for day two, and it’s one that will surely bring a smile to the lips of many and old-school NSW mountain biker. Yes, Port to Port MTB is coming to Killingworth and Mt Sugarloaf! These classic trail networks have undergone a revival in recent years, and it’s great to see them included.

Stages three and four, at Awaba and Newcastle, are largely unchanged, which is a plus as already they’re two awesome days of racing. Read on to get the full course run down from Ironman below, and head to porttoportmtb.com to enter now. 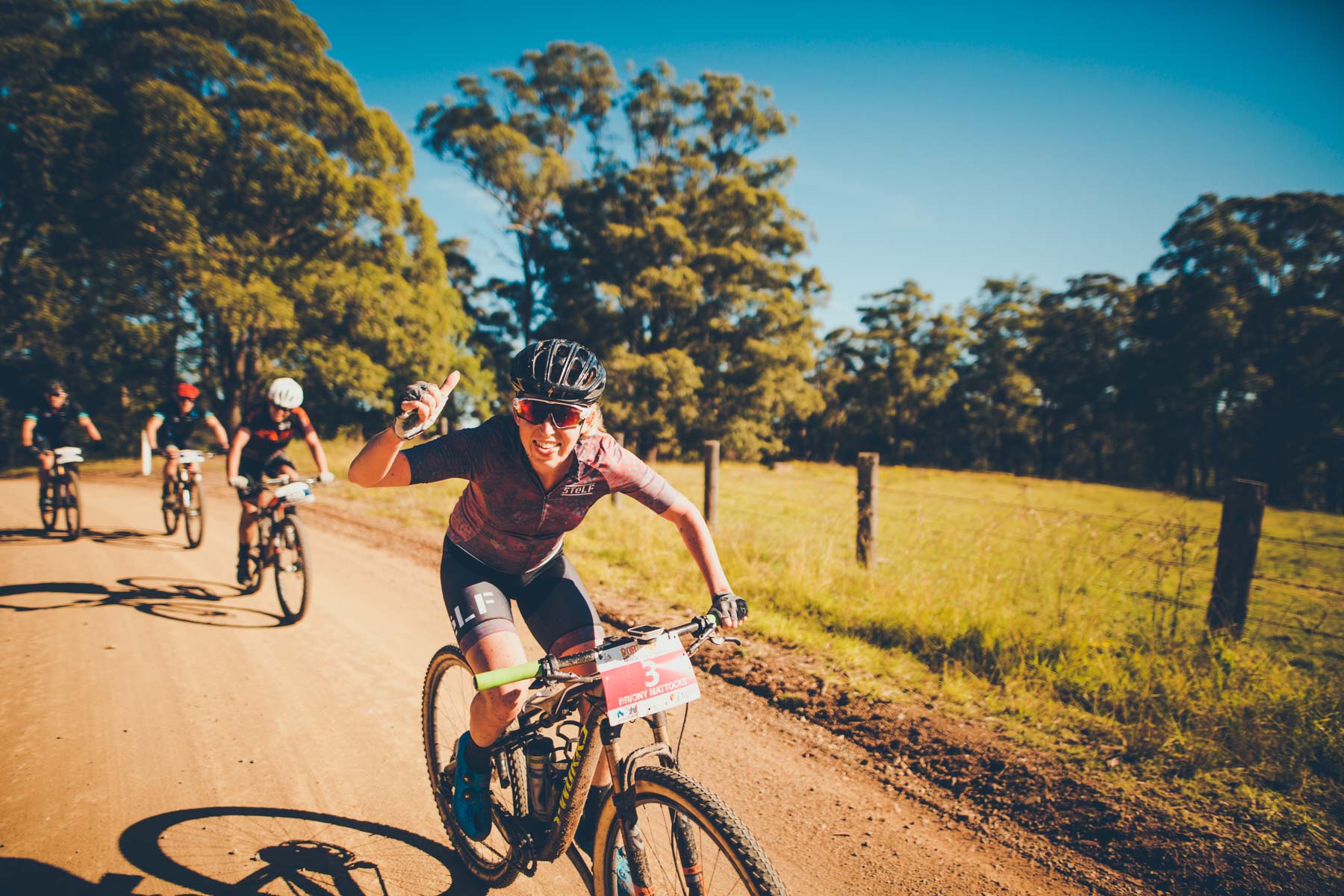 For the 2018 Port to Port event, the course team has made a number of changes to make the ride experience even better than in previous years.  The big change for this year is the replacement of the traditional Stage 1 at Port Stephens with a new start location in the Hunter Valley, plus a whole new stage set to feature the single trail of Killingsworth.  This change will make the event logistics easier and more accessible for all riders.

A new start format and seeding policy for Stage 1 will also be implemented with wave starts for Stages 2-4 designed to spread the field and add to the overall ride enjoyment for everyone.  Our course team is super confident that they have nailed the best course alignment yet – full of challenging climbs, all the best single track in the area and an incredible array of destinations and amazing views.

The traditional first stage at Port Stephens will be replaced with a new start in the Hunter Valley.  However, the location and course alignment will be familiar for those who have done Port to Port in previous years as the foundation of the new course alignment is the old Stage 2 through the Pokolbins with a number of key changes to create a loop course format.

As per 2017, the start location will be at the amazing property of Audrey Wilkinson, the stunning winery overlooking the whole of the Hunter Valley.  A more epic backdrop you could not imagine for the start of Port to Port 2018, as hot-air balloons will hover overhead as the event begins with a mass start for all riders as they rollout toward the Pokolbin.

The stage will begin in a similar vein with riders being released after the controlled rollout to hit the first climb of Port to Port, a challenging hit up Pokolbin Mountain Rd that will have the legs burning for the first couple of kilometres and well warmed up for the climbing ahead.  As you hit the saddle at the top of the first climb you will not be able to help but enjoy the views back over the valley but it will then be head down and back to chewing the bar as the course hits Broken Back Rd and roughly 10km of solid climbing ahead.

Once riders reach the top of the Pokolbins they will then enter a labyrinth of single trail which will form a new loop section for approximately 15km as they wind across the crest above both Deep Creek and Baldy Creek.  The course will then swing back on itself around the 30km mark presenting a sweet descent which will bring participants back down Broken Back Trail toward Foxy Gully and the Watagans Track.

The course detour off Pokolbin Mountains Rd onto the Watagans Track brings riders to a very technical, fast and rocky descent toward the finish line, where only a short section of backtracks through Fleming Gully need be negotiated to complete the first stage.  It is here at the Finish Line at Audrey Wilkinson where the field will be graded into various categories for the new start waves for the following stages.

Sitting at around 45km in distance with 1034m gained, the first stage is highlighted by the opening climb which is rated Cat 2 – 11km in overall length and an average grade of 3.5%

In designing a new stage for the 2018 Port to Port, the team focused on the historical network of single track around the Killingworth area.  The small town of Killingworth sits in the middle of Pokolbin, Newcastle and the Watagans.

Killingworth was one of the major NSW trail centres in the 90’s but dropped away as areas such as Glenrock and Awaba were developed around Newcastle.  In recent years a band of local trail builders have been active in the area, restoring the trails around Killingworth and also developing a new collection of trails at the neighbouring town of Homesville.

This network of more than 30km of single trail is a destination known for its awesome views of the lower Hunter Valley to the north whilst it also looks south toward Lake Macquarie and east back over the city of Newcastle.

The new stage kicks off with a climb via a series of back roads. With work comes reward and there are multiple payoffs as riders will enjoy the views from the top and the descent which brings the course down into the restored single tracks of Killingworth and then Homesville, to complete the second stage of Port to Port 2018. 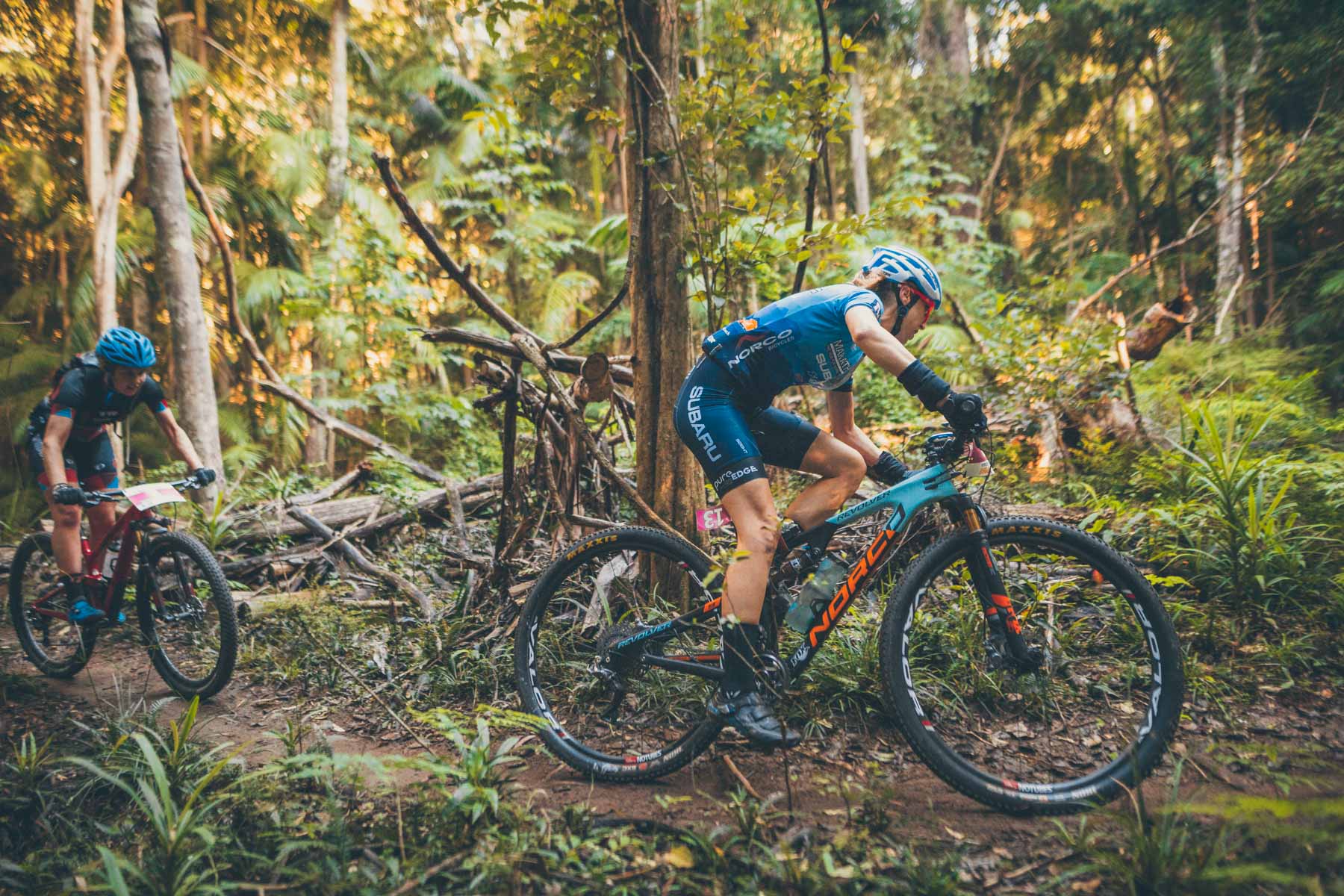 This stage has fast become the one that Port to Port is renowned for as it features all of the best parts of what the Hunter Valley and greater Newcastle region has to offer.  Designed around the stunning single-track system at Awaba, the course also takes in the Watagans and a loop that includes some serious climbing to start, then one of the best off-road descents anywhere in Oz.

The stage will again start and finish in the town of Cooranbong, located at the foot of the Watagans National Park.  This year the new wave start system will allow the course to head straight out to the north of town and through some back tracks around Avondale to get over to Awaba MTB Park.  The wave system and new alignment will break up the field so that the ride experience through Awaba is maximised for all – truly one of the best highlights of Port to Port! 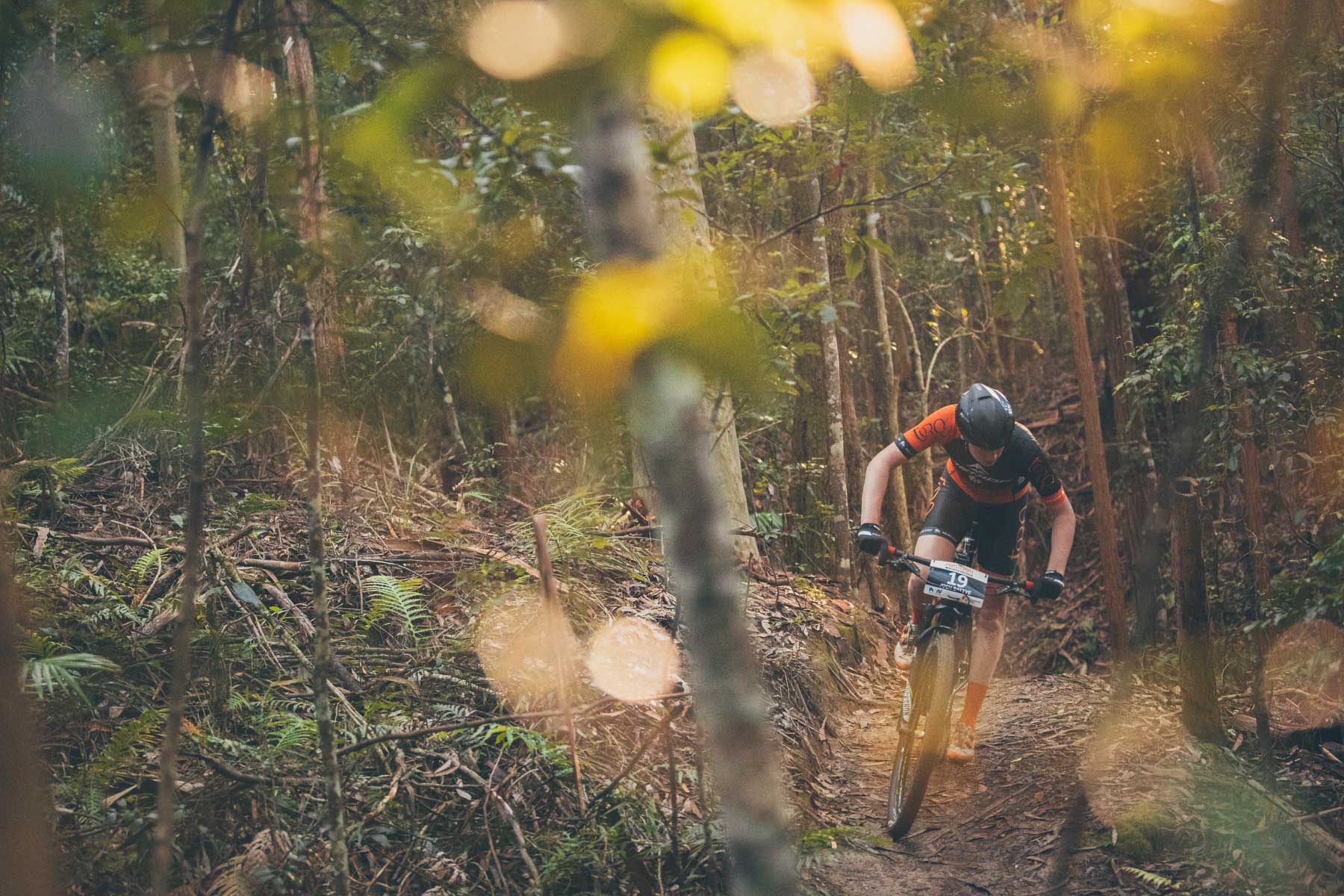 The smiles on everyone’s face coming out of Awaba will soon be replaced by a grimace as the epic climb up Mount Faulk looms.  A Cat 2 rated climb sees 400m of elevation gained in 9km with an average grade of 4.5%.  What goes up must come down and the payday on Stage 3 is huge as riders then enjoy over 35km of super-fast descents mixed with chunks of single track and a couple of pinch climbs on their way back down to the Finish line at Cooranbong.

Stage 3 will sit around 60km in distance with 1200m gained – truly an epic course!

The finale to Port to Port again promises to be a sensational offering of single trail bliss and stunning coastal views.  This stage has undergone multiple changes over the evolution of Port to Port but, after the success of the new alignment we introduced for 2017, only a small number of tweaks are planned for this year.

Stage 4 will again begin on the Blacksmiths coastal strip to the north of Swansea.  Against a beautiful beach backdrop, the start waves will rollout toward Belmont Golf Course and a connection of trails north through the Wetlands area.   The course will again link up with the Redlands single trails then cross Oakdale Rd into the ripping single track around Whitebridge.

Some additions will be made to the trails through Whitebridge with a revised alignment planned to bring the course over toward Dudley Beach.  The realignment of trails is still to be finalised in the Dudley area to bring the course into Glenrock from the south via Scout Camp Rd.  Whilst the final course is to be locked in with stakeholders, one thing that can be promised is spectacular views and a world-class trail system to follow in Glenrock.

The 2018 version of Port to Port will feature more single track than ever before but it will be debatable if there is a better collection of trails to finish with than the brilliant arrangement which form Glenrock MTB Park.  A highlight of Stage 4 since inception, the trails in Glenrock continue to get better and the alignment planned for 2018 will not disappoint.

Finishing back on the coast at Dixon Park overlooking Merewether Beach, the final descent down Scenic Drive is guaranteed to take the breath away!  Stage 4 is again planned to sit at just over 40km in the total distance the majority of which is made up of single track.  Riders can expect similar elevations to last year with about 600m gained over the stage in a perfect finish to four fantastic days of riding.

For 2018 we will be introducing the seeding and wave start system at Port to Port.  This is a system that has been in place at the Cape to Cape for the last 6 years and will help manage the increased number of participants and also add to the overall event ride experience.

The system sees a mass start for everyone to begin Stage 1 at Audrey Wilkinson.  Elite entrants will be automatically seeded at the front, with the rest of the field asked to assemble under self-seeding based on your ability and expectations.  The start of this stage is a controlled rollout for the first 4km giving all participants plenty of time to find their spot in the field.

Riders will then be released to race as the climbing starts and the next 11km will seed the field quickly based on their overall fitness and riding ability.  To add, there is then 15km of single track followed by another 15km dominated by fast descending, so the first stage will be a great overall assessment of riding ability. 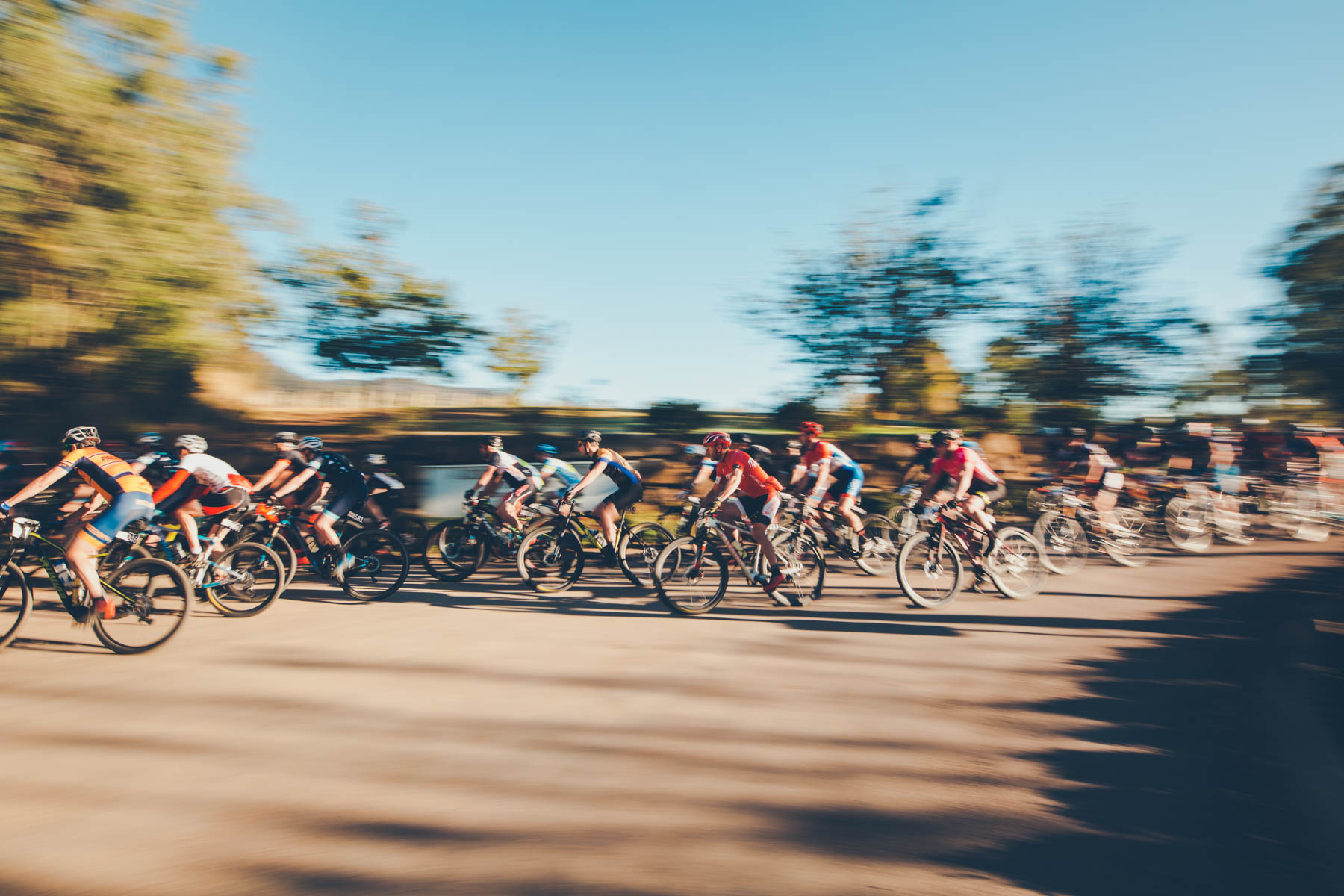 Back at the finish line at Audrey Wilkinson riders will be allocated coloured dots representing the waves they will be allocated into to begin the stages to follow.  The allocation will see 150 riders in the elite group followed by separate waves of 100 which will start 5 minutes apart for each of Stage 2 to 4 for the rest of the event.

Riders who have a mechanical or other issues on Stage 1 and think they should have been allocated to a higher wave start can apply to Race HQ for special consideration.  Also if riders find themselves allocated into a wave that separates them from a group they are riding with they can choose to be allocated back to ride in a later wave with their friends.

Start times for each of the different wave colours will be promoted at the Event Information tent at the Finish Line of Stage 1 and the start lines at the following stages.  It will be the responsibility of all riders to know your wave colour and corresponding start times for the remaining stages.  All riders are encouraged to be on site at the Start Line well before the first wave begins as with only 5-minute gaps between each group the whole field will leave within a half hour period for Stages 2 – 4.